Battlefield Asia: Why and when Russia fought China 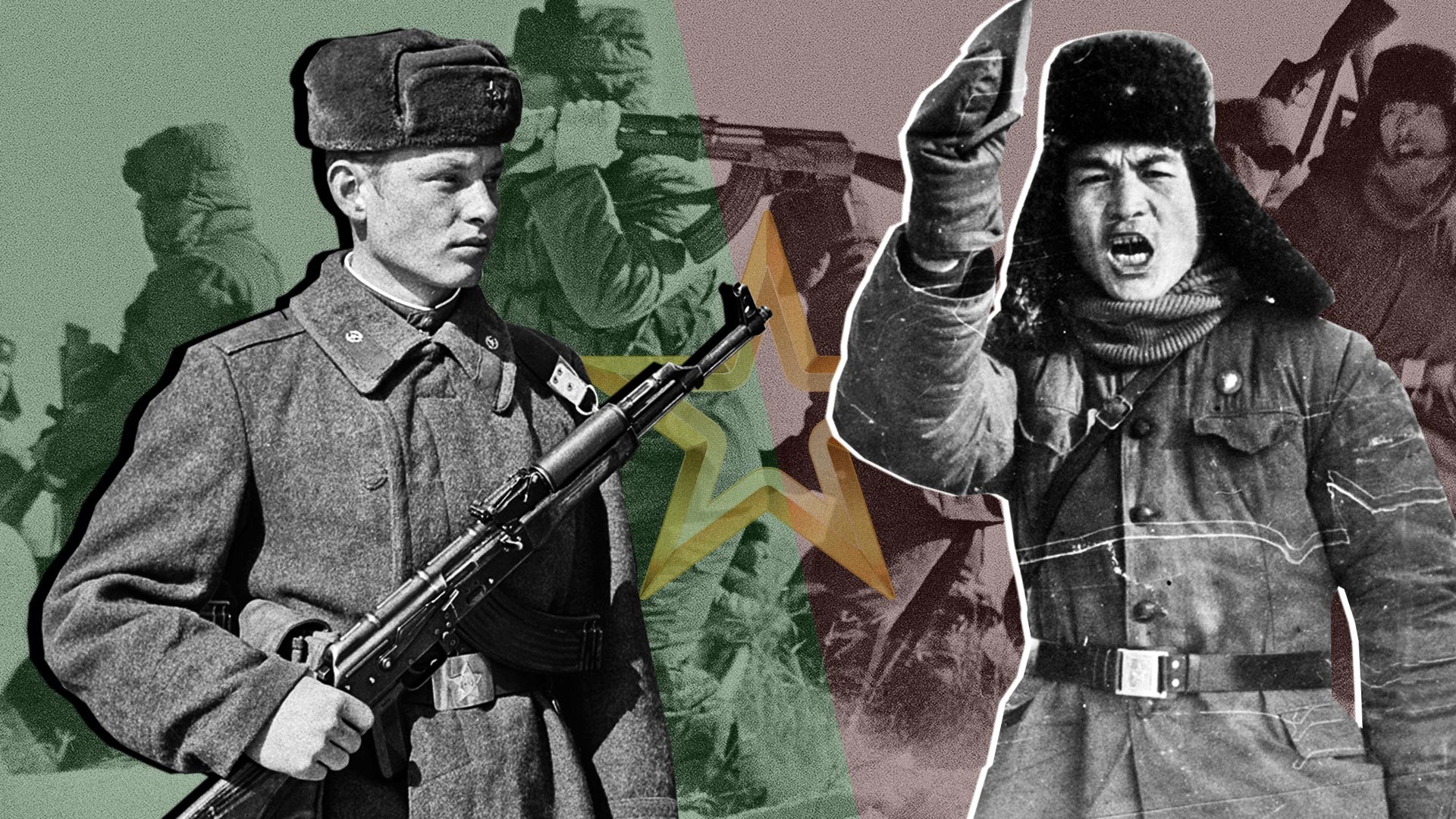 TASS; G.Bibik/Sputnik
Russia and China have been neighbors and rivals in the Far East for over three centuries. Nevertheless, the number of major conflicts between them can be counted on one hand.

In 1650, Cossack detachments sent by Moscow Tsar Alexei Mikhailovich to explore the east of Siberia reached the Amur River, which flows into the Pacific Ocean. That was when Russians, for the first time in history, came into large-scale contact with Chinese civilization. 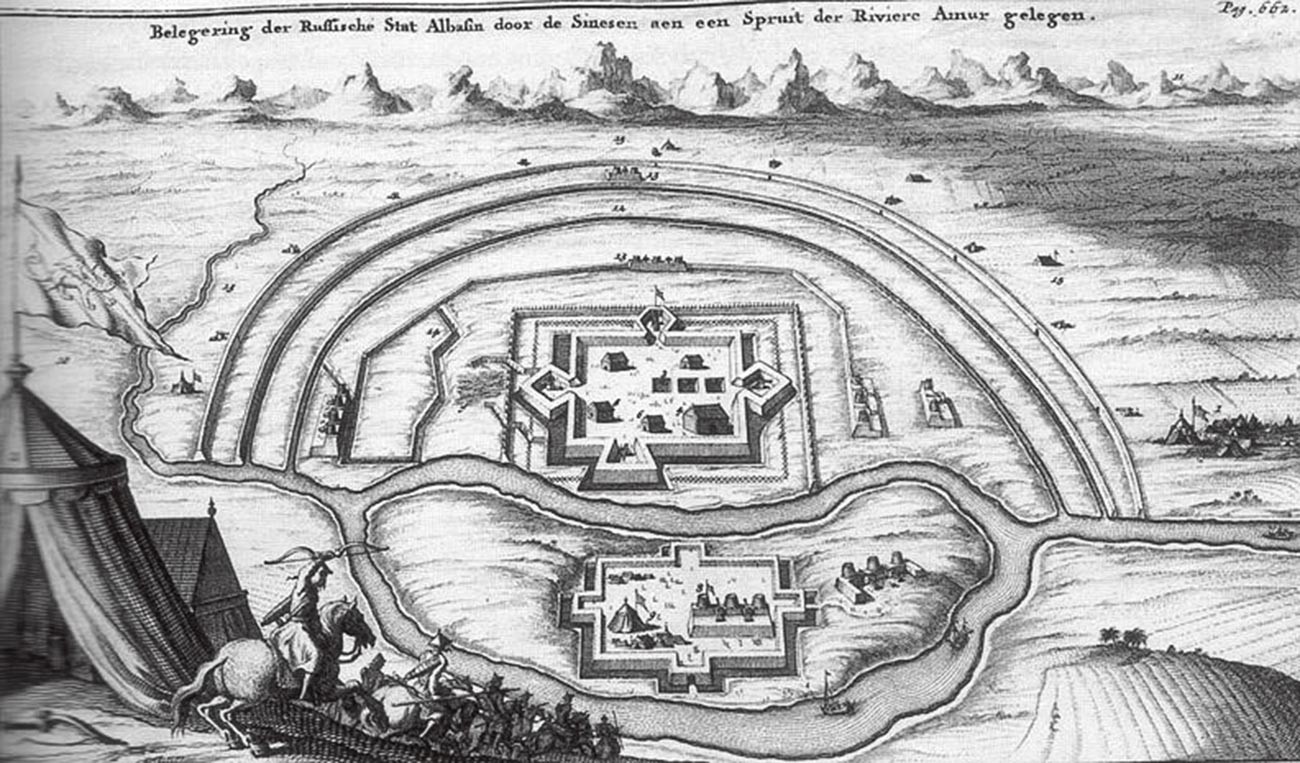 Of course, Russians and the Chinese had learned about each other much earlier: in the Middle Ages they were "introduced" to each other by the Mongols during their campaigns of conquest. However, back then, there were no permanent contacts between the two peoples, and not much interest in establishing them.

In the second half of the 17th century, the situation was completely different. The arrival of Russian troops on the banks of the Amur, inhabited by Daurian tribes, who paid levies to the Qing Empire, was perceived by the latter as an invasion of its zone of interests. For their part, the Cossacks intended to force “prince Bogdai”, about whom they had learnt from the Daurs, into subordination to the Russian tsar, without realizing that the “prince” was none other than the powerful Chinese emperor himself.

For several decades, Russian troops clashed with Chinese and Manchu troops (the Manchu dynasty came to power in China in 1644). The conflict culminated in the two sieges of the Albazin fort, which Russia intended to turn into its stronghold in the conquest of the Far East. 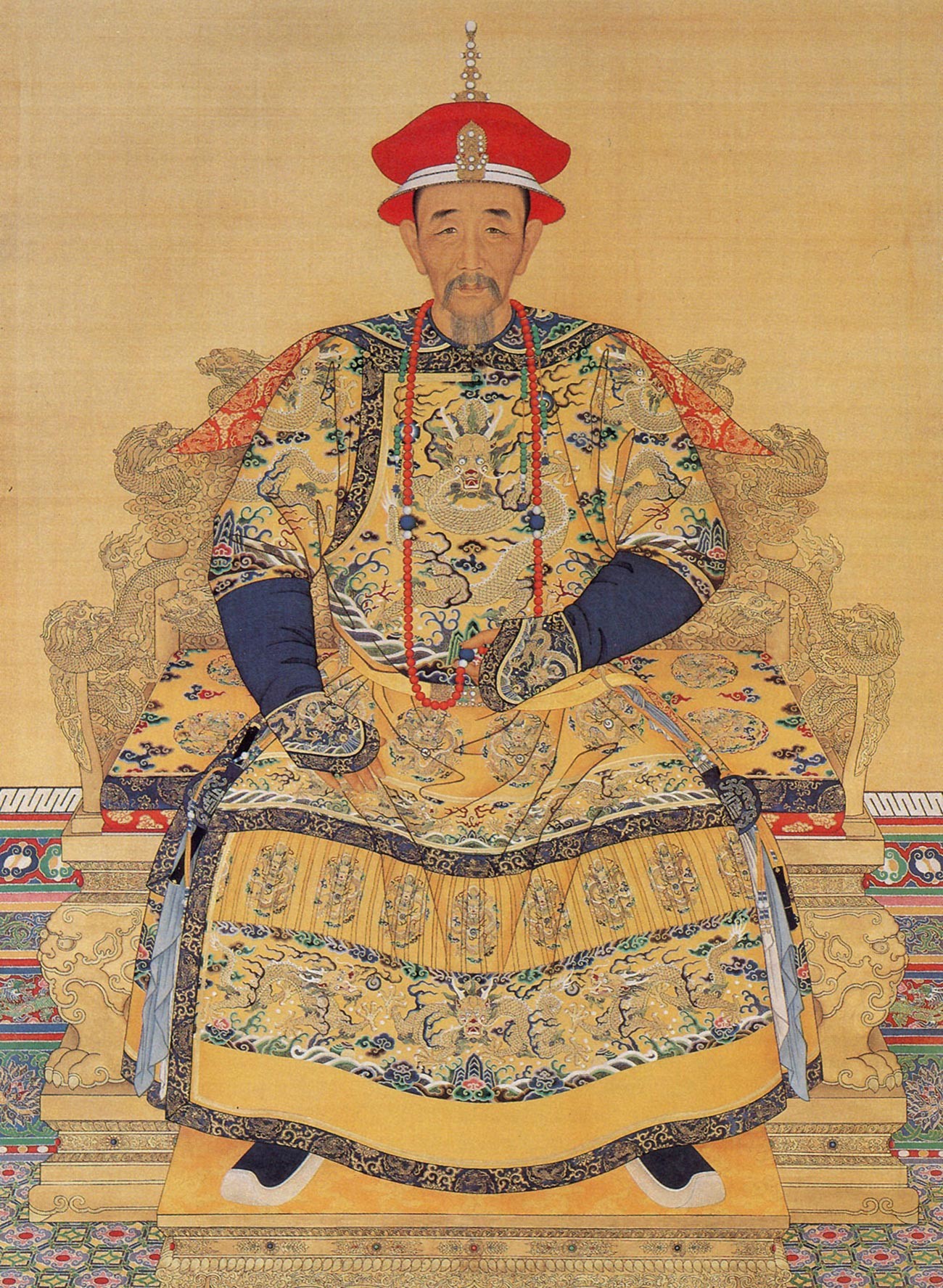 Kangxi Emperor, the fourth Emperor of the Qing dynasty.

For several weeks in June 1685, a Russian garrison of 450 men withstood a siege by the Qing army (which numbered from 3,000 to 5,000 men). Their large numerical advantage notwithstanding, the Chinese and Manchu soldiers were inferior to the Russians in combat training, which allowed Albazin to withstand the siege. Nevertheless, not hoping for the arrival of reinforcements, the garrison capitulated on honorable terms and retreated to join the rest of the Russian forces.

Russia, however, had no intention of giving up so easily. A year later, Russians restored the dilapidated fortress, which had been abandoned by the Chinese, and were once again besieged by the Qing troops. In fierce assaults, the enemy lost up to half of its 5,000-strong army, but still was not able to seize Albazin.

Under the terms of the Treaty of Nerchinsk of 1689, the Russian troops left the fortress, which was then destroyed by the Chinese. Despite achieving a temporary victory, the bloody battles for Albazin made it clear to Beijing that driving the Russians out of the Far East would not be so easy. 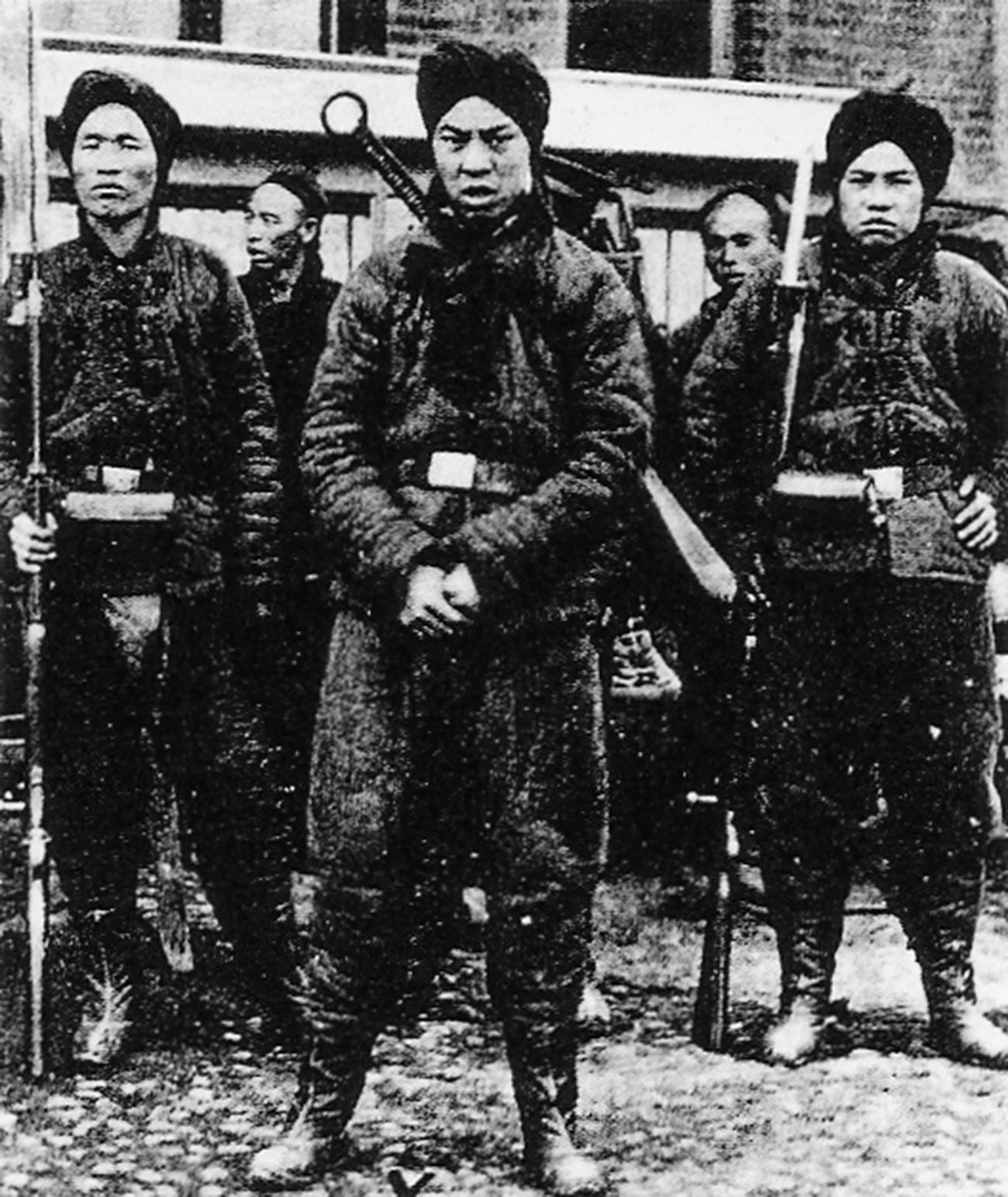 In the late 19th century, major European powers as well as the U.S. and Japan, took advantage of China's technological backwardness, and became actively engaged in the economic exploitation of that country. In response, the Chinese, who did not want to see their homeland become a semi-colony, in 1899 launched an uprising against foreign domination known as the Yihetuan (Boxer) Rebellion.

A wave of murders of foreigners and Chinese Christians, arson attacks on churches and buildings of European missions swept across China. The government of Empress Cixi oscillated from one side to the other, first opposing the uprising, then supporting it. When in June 1900, the Yihetuan besieged the Legation Quarter in Beijing, it prompted a large-scale intervention of foreign powers in China.

In August, troops of the so-called Eight Nation Alliance (the U.S., Great Britain, France, Austria-Hungary, Italy, as well as the Russian, German and Japanese empires) occupied the Chinese capital, with the Russian detachment of Lieutenant-General Nikolai Linevich the first to enter the city. Having rescued foreign diplomats, the Allies paraded right in front of the Chinese emperors' palace complex, known as the Forbidden City, which was taken as a serious insult in China. 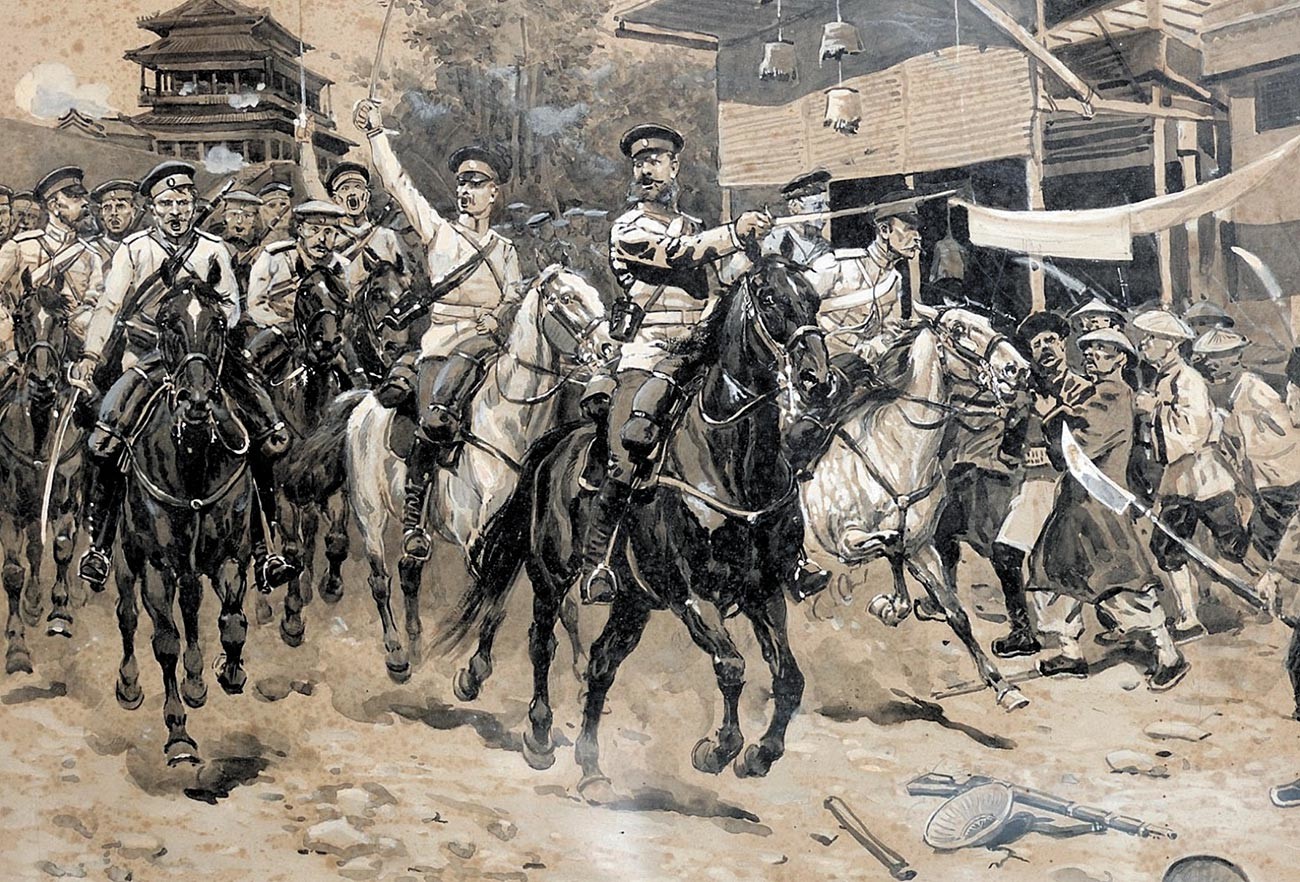 Another important theater of military operations between the Russians and the Chinese was Manchuria. Russia had big plans for that region. Taking advantage of China's crushing defeat in the war against Japan in 1895, it managed to sign a number of agreements with the Chinese government, under which it received the right to lease part of the Liaodong Peninsula (where the Port Arthur naval base was immediately created) and to build the Chinese Eastern Railway (CER), linking the peninsula to Russian territory and running through the whole of Manchuria. The railway belonged to Russia, which had sent some 5,000 soldiers to protect it.

In the end, Russia's active penetration into the region would lead to its disastrous clash with Japan in 1904. A couple of years prior to that, Russian positions in Manchuria were attacked by the Yihetuan. They destroyed sections of the Chinese Eastern Railway under construction, pursued Russian construction workers, railway workers and soldiers, and brutally tortured and killed those they could capture.

Railway personnel and guards managed to take refuge in Harbin, a city founded by the Russians in 1898 and where the railway head office was based. For almost a month, from June 27 to July 21, 1900, the 3,000-strong garrison fought off 8,000 Yihetuan and Qing troops, who supported them.

To save the situation, Russian troops were dispatched to Manchuria. At the same time, St. Petersburg emphasized that Russia had no intention to seize Chinese territory. After they lifted the siege of Harbin and took part in suppressing the Boxer Rebellion, the troops were indeed withdrawn, but not before the Qing government in 1902 once again confirmed Russia's rights to the naval base in Port Arthur and the Chinese Eastern Railway.

The Sino-Soviet conflict of 1929 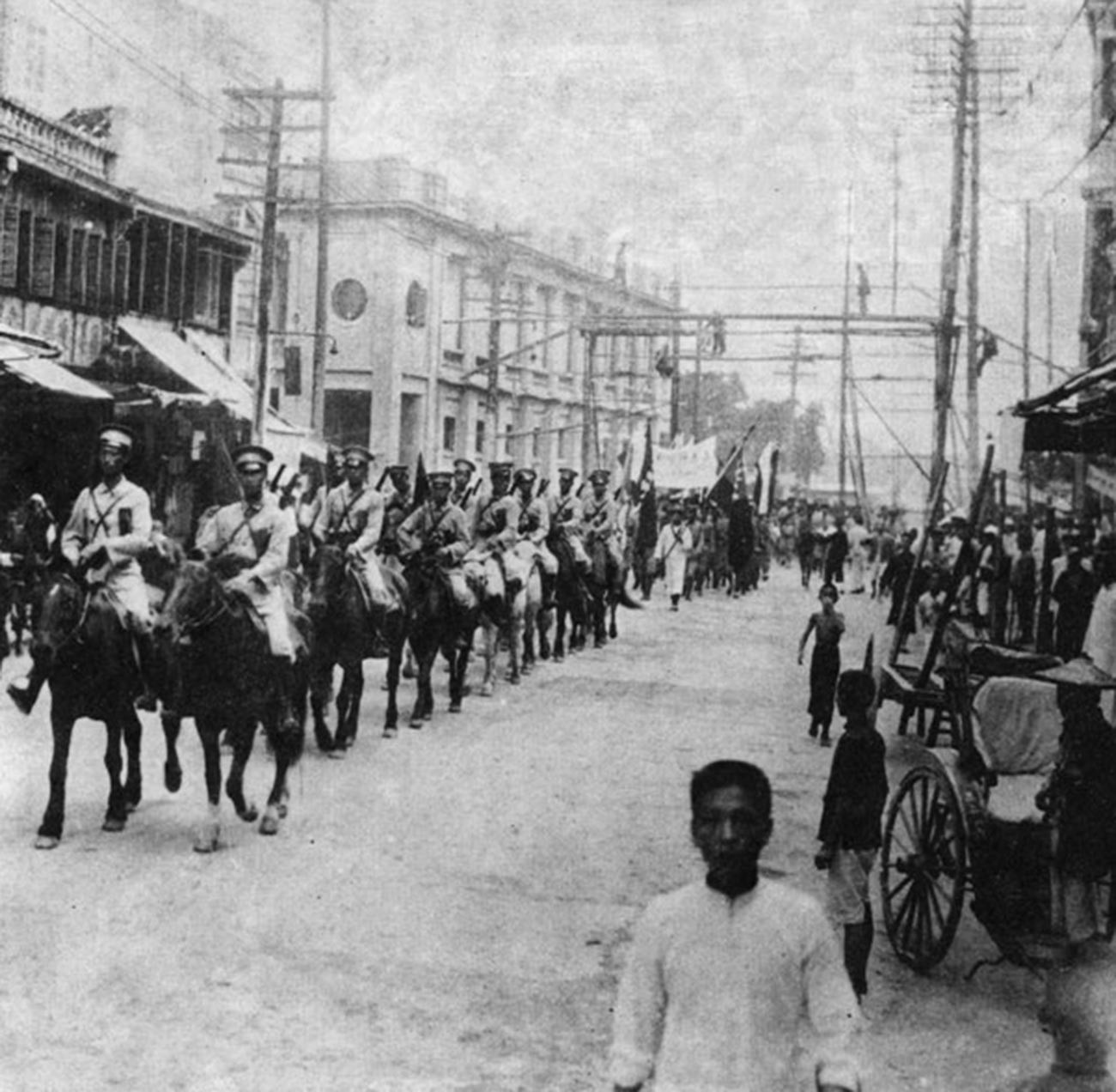 The Chinese Eastern Railway became the cause of another conflict almost 30 years later, except that both China and Russia were by this time completely different countries. The fall of the Russian Empire and the subsequent Civil War resulted in Russia temporarily losing control over the CER. The Japanese tried to get their hands on it, but to no avail.

When the USSR gained strength and once again raised the issue of the Chinese Eastern Railway, it had to agree to joint control over it with the Republic of China, which was reflected in a 1924 treaty. At the same time, joint management was marred by constant conflicts. The disagreements were fanned by numerous White émigrés, who had settled in Harbin and sought to foment enmity with the Bolsheviks.

By 1928, Chiang Kai-shek's Kuomintang party managed to unite China under its banners and focused on seizing the CER by force: Chinese troops occupied sections of the railway, carried out mass arrests among its Soviet employees and replaced them with Chinese staff or White emigrants. 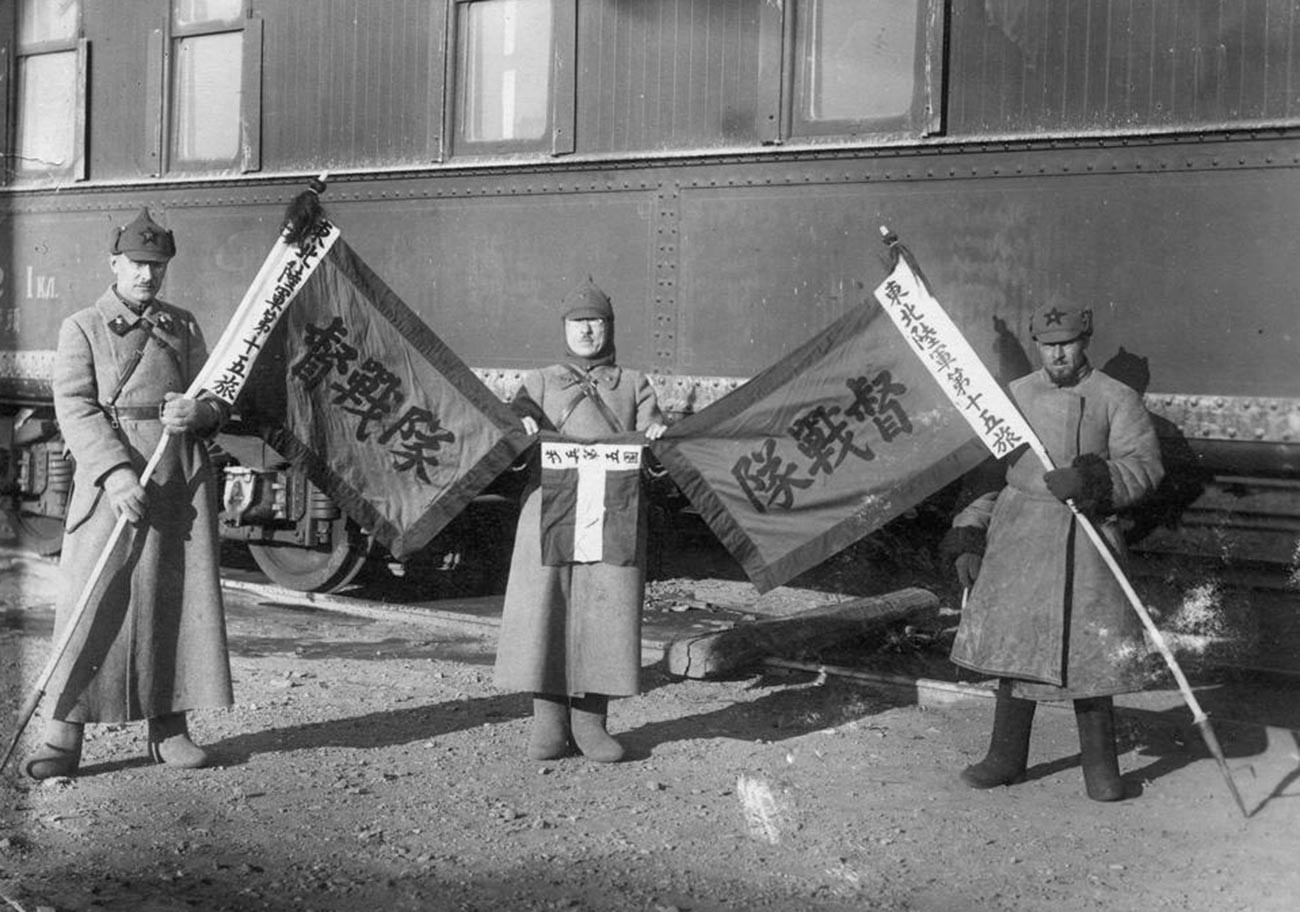 Since the Chinese began to rapidly build up their armed forces on the border with the USSR, the Red Army command decided that the Special Far Eastern Army, which was greatly outnumbered (16,000 men against 130,000 Chinese troops spread over different directions), should act preemptively and destroy individual enemy groupings one by one, while they did not have time to join forces.

In the course of three offensive operations in October-December 1929, the troops of the Republic of China were defeated. The Chinese lost 2,000 soldiers, with over 8,000 taken prisoner, while the USSR lost fewer than 300 soldiers. Once again in the history of Russian-Chinese conflicts, Russian soldiers' better combat training outweighed the numerical superiority of the Chinese.

As a result of peace negotiations, the USSR regained control over the Chinese Eastern Railway and secured the release of Soviet workers arrested by the Chinese. However, blood spilt for the railway turned out to be in vain. Two years later Manchuria was invaded by Japan, a much stronger enemy than China. The Soviet Union, feeling that it could not maintain control over the Chinese Eastern Railway, sold it to the Japanese puppet state of Manchukuo in 1935.

The Sino-Soviet border conflict of 1969

In the 1960s, China had grown significantly stronger and felt confident enough to present its neighbors with territorial claims. In 1962, it fought a war with India over the disputed region of Aksai Chin. And it wanted the Soviet Union to return the small deserted island of Damansky (known in China as Zhenbao, meaning "precious") on the Ussuri River.

Talks held in 1964 ended in nothing, and against the backdrop of deteriorating Soviet-Chinese relations, the situation around Damansky escalated. The number of provocations reached 5,000 a year: the Chinese demonstratively crossed into Soviet territory, making hay and grazing their cattle there, and shouting that they were on their own land. Soviet border guards had to literally push them back.

In March 1969, the conflict entered a “hot” phase. The fighting on the island involved more than 2,500 Chinese soldiers, who were opposed by about 300 border guards. A Soviet victory was achieved through the use of BM-21 Grad multiple launch rocket systems. 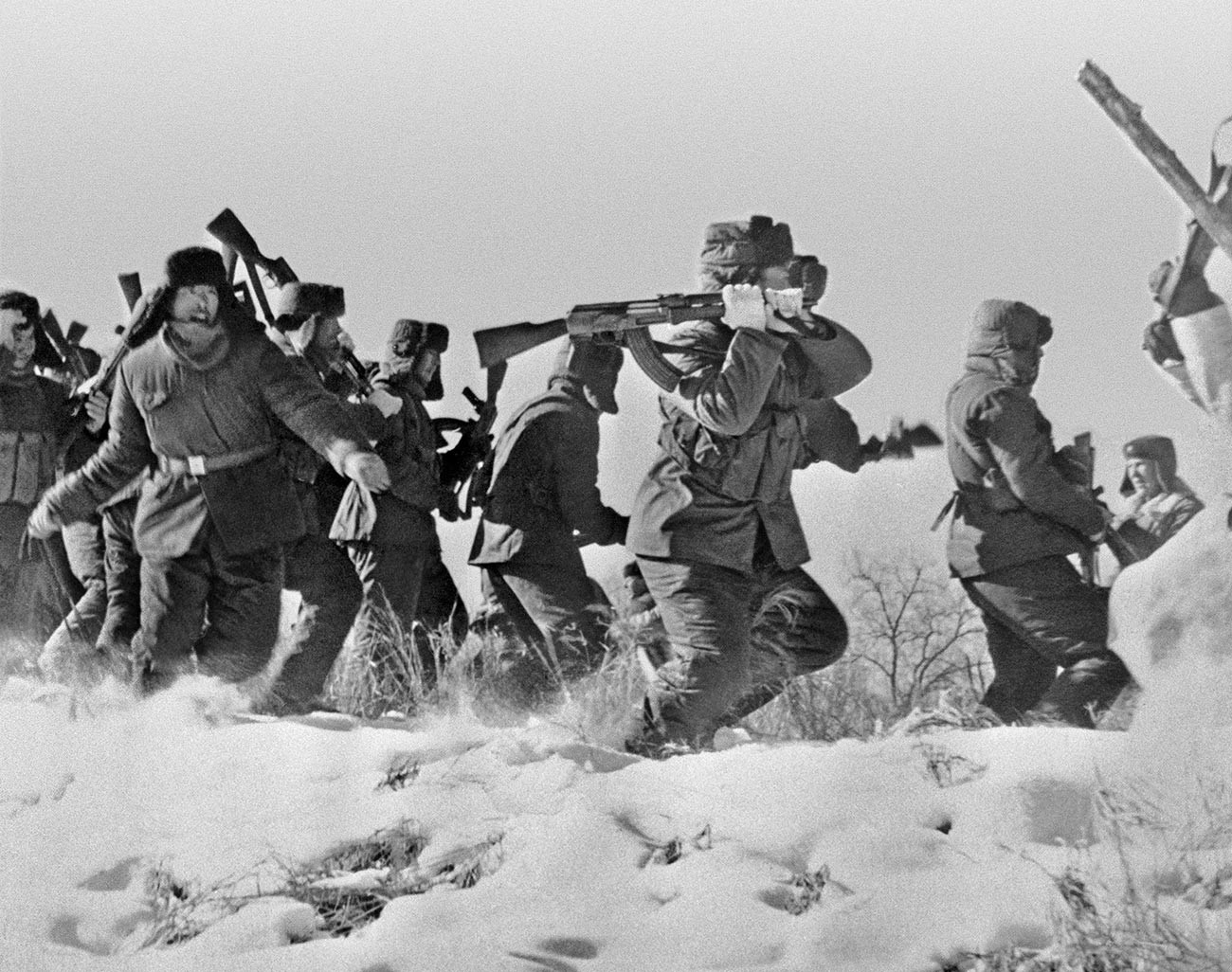 Chinese soldiers trying to enter Damansky Island in the USSR.

“Eighteen combat vehicles fired a salvo, and 720 100-kg artillery rockets were launched towards the target in a matter of just a few minutes! When the smoke cleared, everyone saw that not a single shell hit the island! All 720 rockets flew 5-7 km further, deep into Chinese territory, and smashed a village with all the headquarters, rear services and hospitals with everything that was there at the time! That is why everything went so quiet: the Chinese did not expect such impudence from us,” recalled a participant in those events, Yuri Sologub.

In the fighting for Damansky, 58 Soviet and 800 (according to official data, 68) Chinese soldiers were killed. The USSR and China agreed to freeze the conflict, effectively turning the island into a no-man's land. On May 19, 1991, it was transferred to the jurisdiction of the PRC.