How the IVF procedure appeared in the USSR 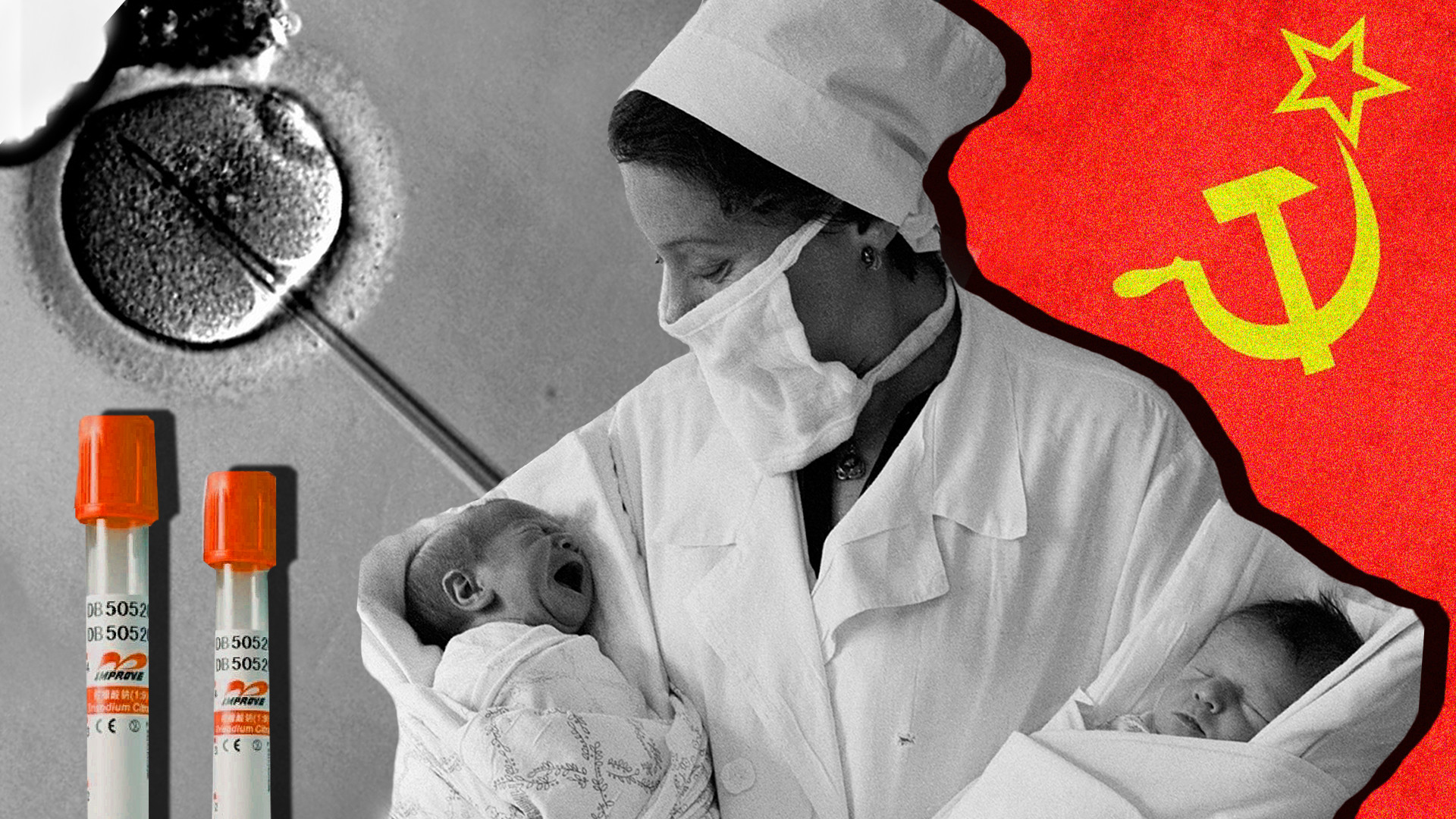 Public Domain; Valery Khristoforov/TASS
The first children in the USSR born by IVF (in vitro fertilization) were described as “diamond babies”. It was also believed that they were born weak and ill. Here is our story about how the procedure came into being in the Soviet Union and what happened with the first “diamond baby”.

The first embryo and a Communist Party ban

The history of IVF in the USSR began in 1955 at the Crimean Medical Institute. If the Communist Party had not banned Soviet scientists from continuing their work, the world's first "eco-friendly" child could have been born in the USSR 25 years before Louise Brown was born outside her mother's body in Great Britain.

The Department of Histology and Embryology at the institute was then headed by scientist Boris Khvatov. He had actually already come up with the idea of artificial human fertilization back in 1939. From 1940, Khvatov’s theory was being studied by his pupils and researchers at the institute. In 1954, one of his most talented pupils, postgraduate student Grigory Petrov, started conducting experiments on the artificial fertilization of animals. On November 10, 1955, Petrov performed the first artificial fertilization procedure using human eggs with the consent of a childless couple who were desperate to have a child. 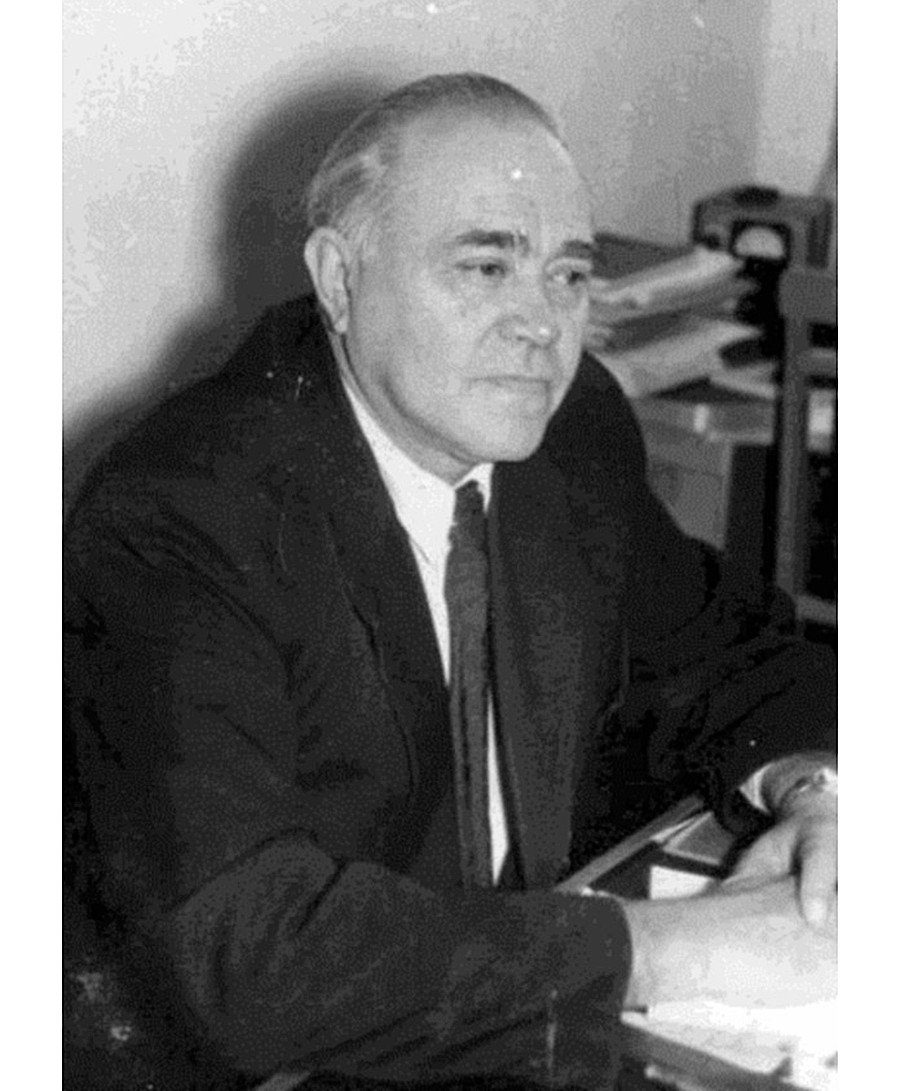 Museum of history of the V. I. Vernadsky Crimean Federal University

The pregnancy “succeeded” and lasted 13 weeks, but ended in a miscarriage. A local scientist reported it to the Crimean regional committee of the CPSU (Communist Party of the Soviet Union) and Khvatov was summoned to the committee for an interview.

“Khvatov returned to the institute very morose. He gathered his team and said: ‘I have nothing to lose, but you have everything ahead of you - I don’t want to see your lives ruined. Perhaps we should stop the work?’ Everyone was silent. At the time, the department had been receiving  sacks of letters, including from abroad, from childless couples asking for help,” recalls Boris Trotsenko, one of Khvatov’s pupils and now professor at the department of histology at the Crimea State Medical University. 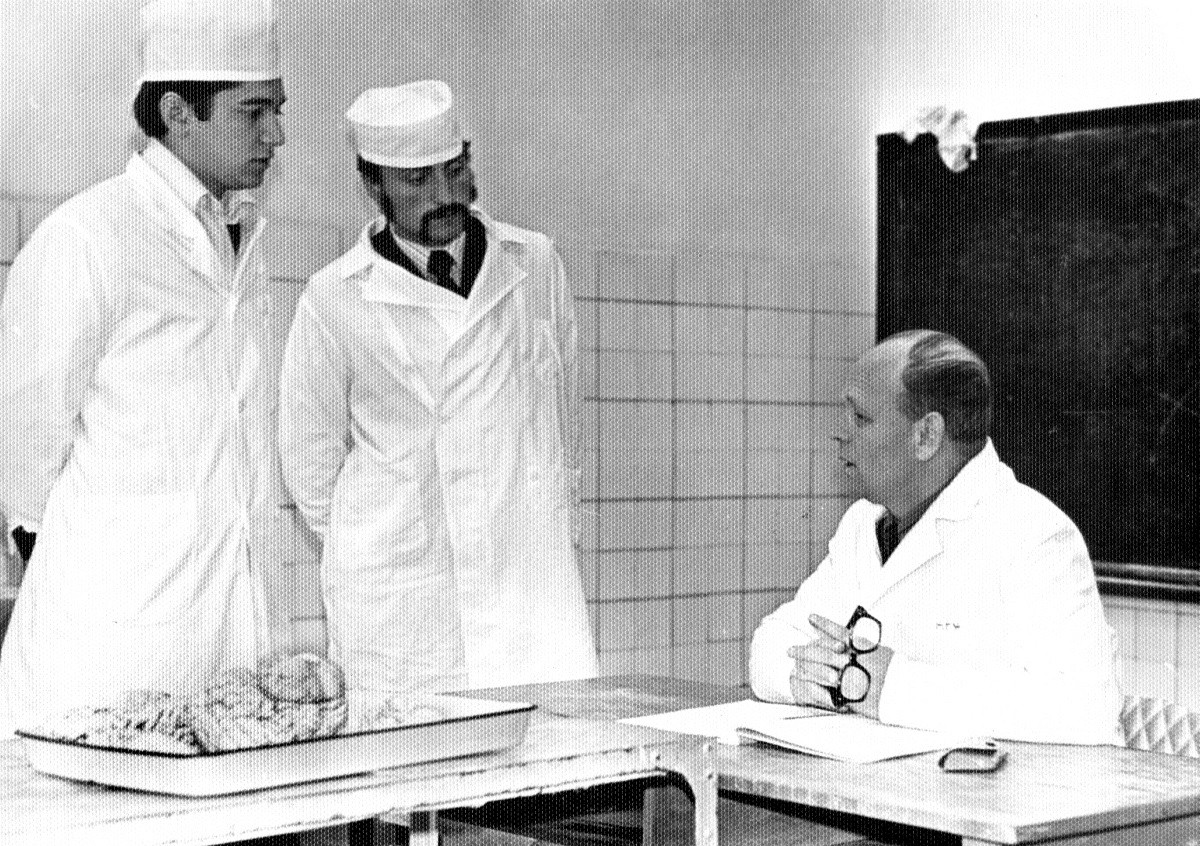 Museum of history of the V. I. Vernadsky Crimean Federal University

The CPSU regional committee prohibited the institute from conducting experiments on “Soviet women”. Khvatov continued working at the institute and, to the end of his life, attended conferences in Moscow and St. Petersburg, defending IVF as a method of helping childless couples. He passed away in 1975.

As for Petrov, he published nine research papers on IVF and then left the institute to look for a new job and an apartment. After unsuccessful attempts, he returned to the institute and taught anatomy. He also set up an anatomy museum on the premises of the medical institute. At the age of 60 he was forced to retire. Gardening was his passion until the end of his life. Grigory Petrov died in poverty in 1997. 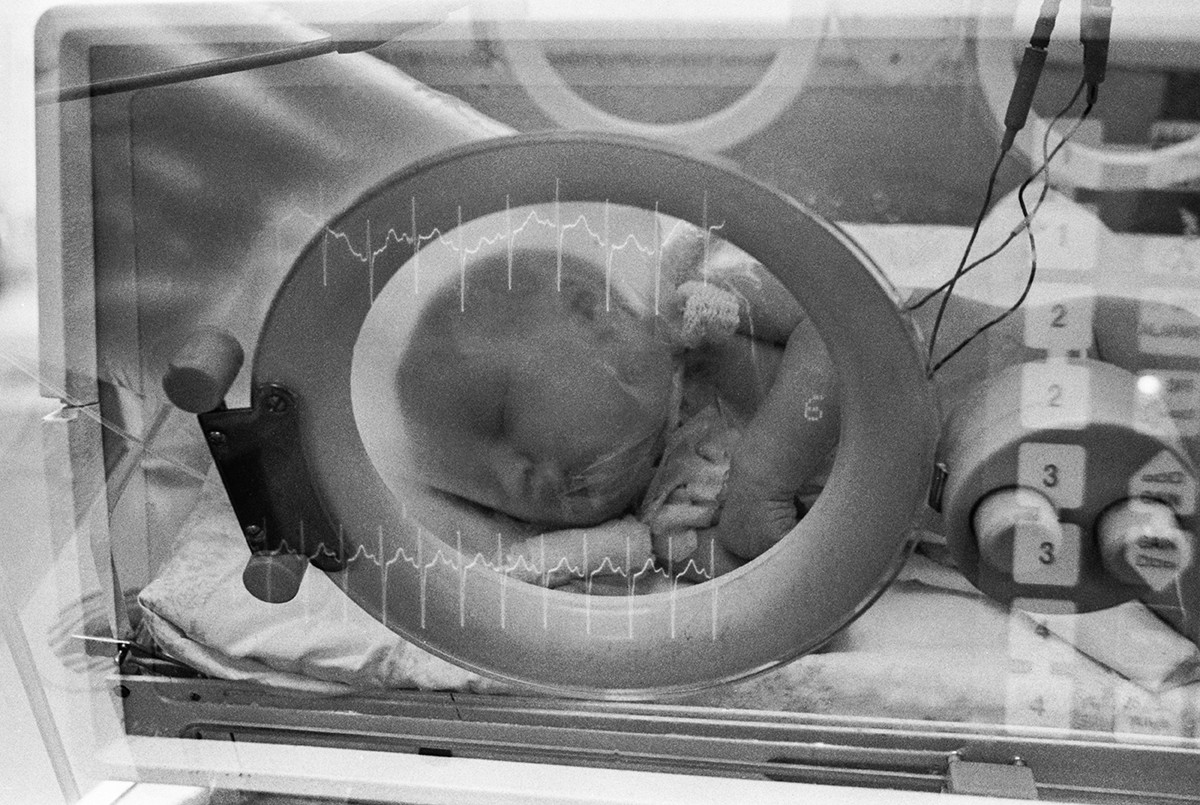 In 1969, Robert Edwards, a British scientist specializing in physiology and medicine, announced that he had developed an assisted reproductive technology. In 2010, he was awarded the Nobel Prize in medicine for his research. When Boris Trotsenko learnt about it, he went to the Abdal Cemetery in Simferopol and put four roses on the graves of Khvatov and Petrov - two yellow ones for Khvatov and two red roses for Petrov.

“Four roses instead of the Nobel Prize,” he remarked.

After the ban on further experiments by Khvatov, a group on early embryogenesis (the development and formation of the human embryo - ed.) was set up in 1965. It included medical researchers studying infertility.

After 21 years of experiments, the USSR’s first successful artificial fertilization was performed by obstetrician-gynecologist Elena Kalinina and embryologist Valentin Lukin.

On February 7, 1986, the Soviet Union’s first child conceived by IVF was born - Elena Dontsova (she later changed her first name to Alyona). 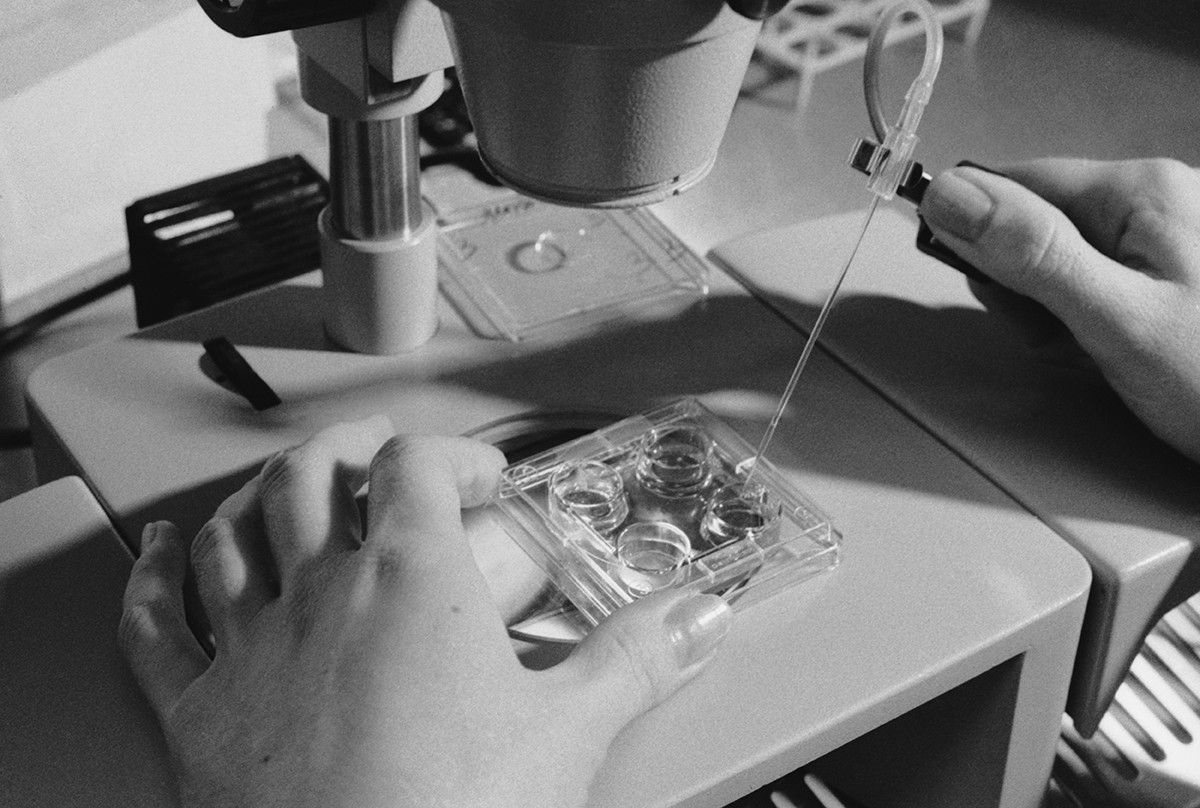 USSR. Moscow. February 1, 1989 In the laboratory of clinical embryology.

“Only four clinics were then working to develop a method of in vitro fertilization: Two in Moscow, and one in Leningrad and Khabarovsk, respectively. We got a result first, although in the same year, the first children conceived by IVF were also born in other Soviet clinics,” recalls fertility specialist, Doctor of Medical Sciences Elena Kalinina. She later received government prizes along with the other doctors who had taken part in the first IVF procedure. 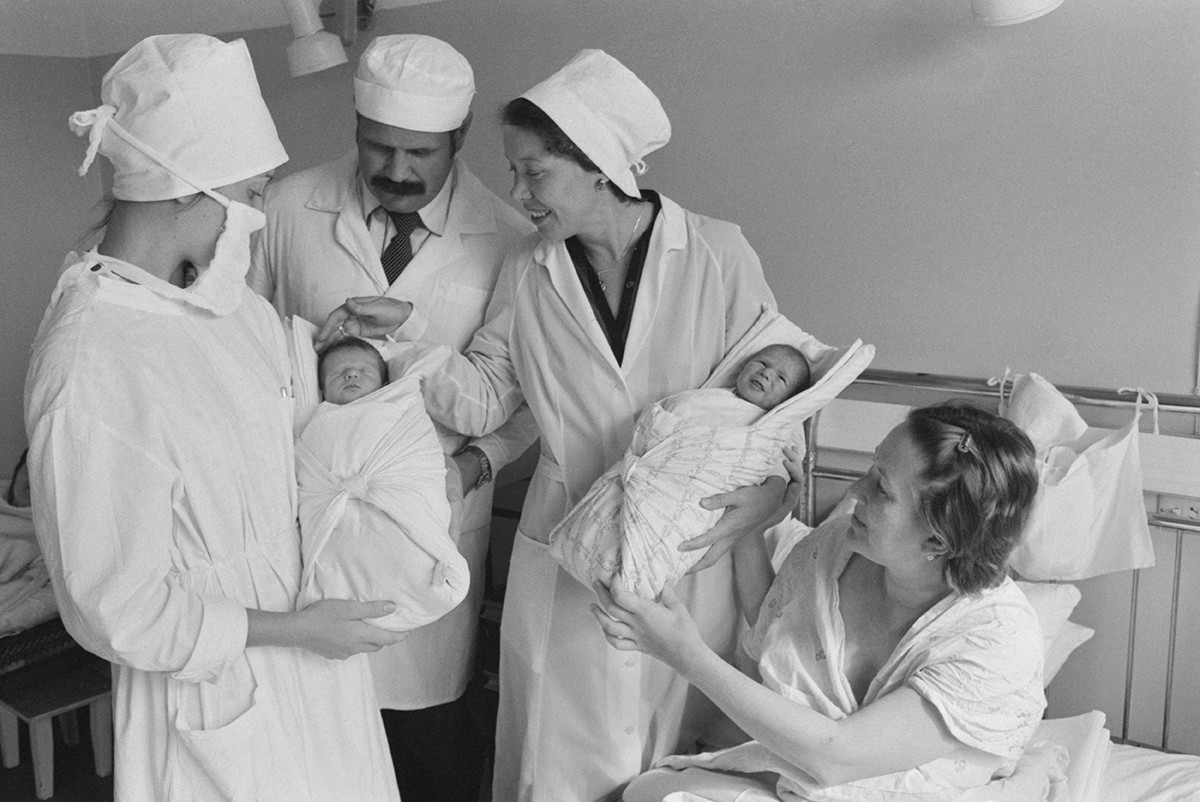 She says that the first procedures required expensive equipment and highly skilled doctors. Because of this, children born by IVF were described as “diamond babies”. It was also considered that the children themselves could be born weak and ill and that the IVF method would never be accessible to ordinary patients. The IVF procedure costs around 200,000 rubles in Russia today (approx. $2,600). Under national projects to boost birth rates, free procedures are also available - in 2019, 80,000 procedures were carried out without charge.

“Russian clinics are no worse and frequently even better than many foreign clinics,” Kalinina believes.

What happened to the ‘diamond girl’

Elena Dontsova, the USSR's first IVF child, passed her childhood in Ukraine and went to university in Sevastopol, Crimea. There, she met her husband and, in 2007, gave birth to a son naturally. Elena Dontsova’s pregnancy was managed by the same Elena Kalinina who had helped bring her into the world. 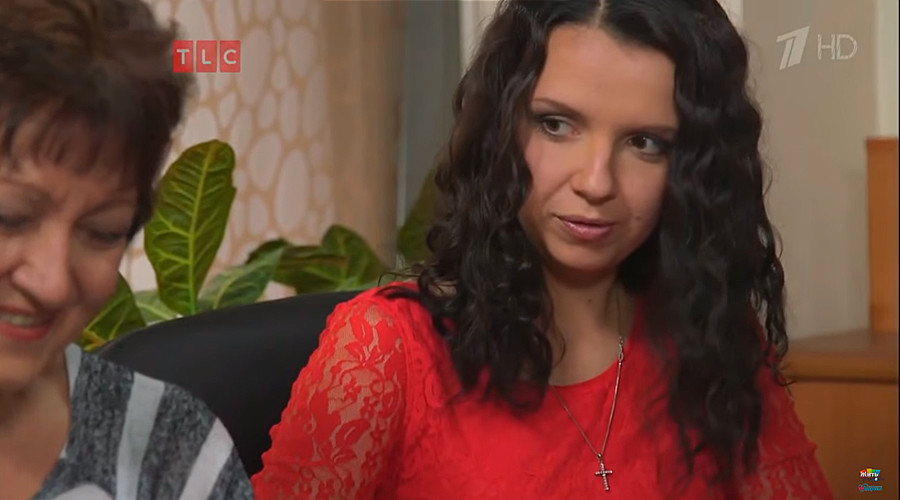 Elena Dontsova, the first child in the USSR conceived with IVF

In 2009, Elena and her husband moved to Moscow, where she heads an agency that produces outdoor and indoor advertising. Elena and her first husband divorced, but she remarried and dreams of having more children.

“I dream of having twins. My future husband had twins in his family, both on his mother’s and his father’s side. I very much hope that we'll have twins, too,” Dontsova said in a RIA Novosti interview. 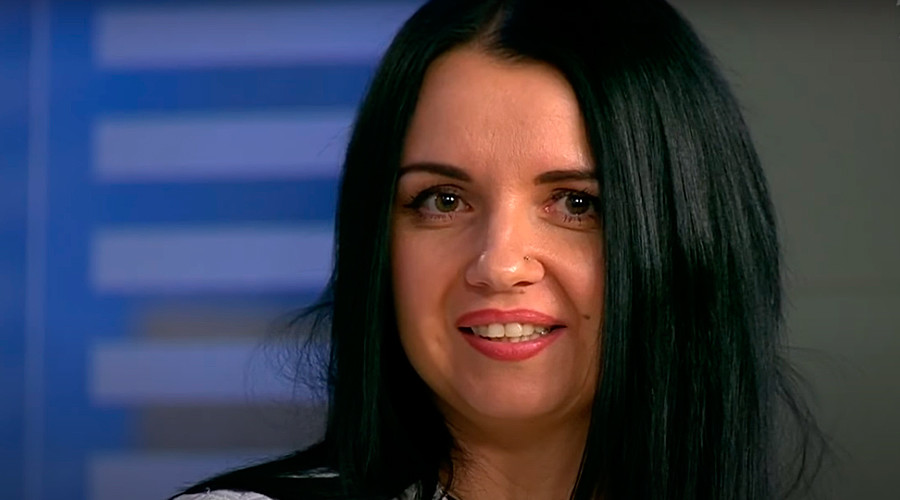 Elena Dontsova, the first child in the USSR conceived with IVF

Dontsova sometimes takes part in TV programs about IVF. In one of them she narrates, a representative of the Russian Orthodox Church spoke up against IVF on the grounds that it contradicted God’s will.

“I objected and replied: You say that everything happens by God’s will, but given that mankind has made this [IVF - ed.] possible, it means that it was also God’s will. He was unable to give me an answer,” Dontsova says.