Moscow in the early years of Soviet power (PHOTOS) 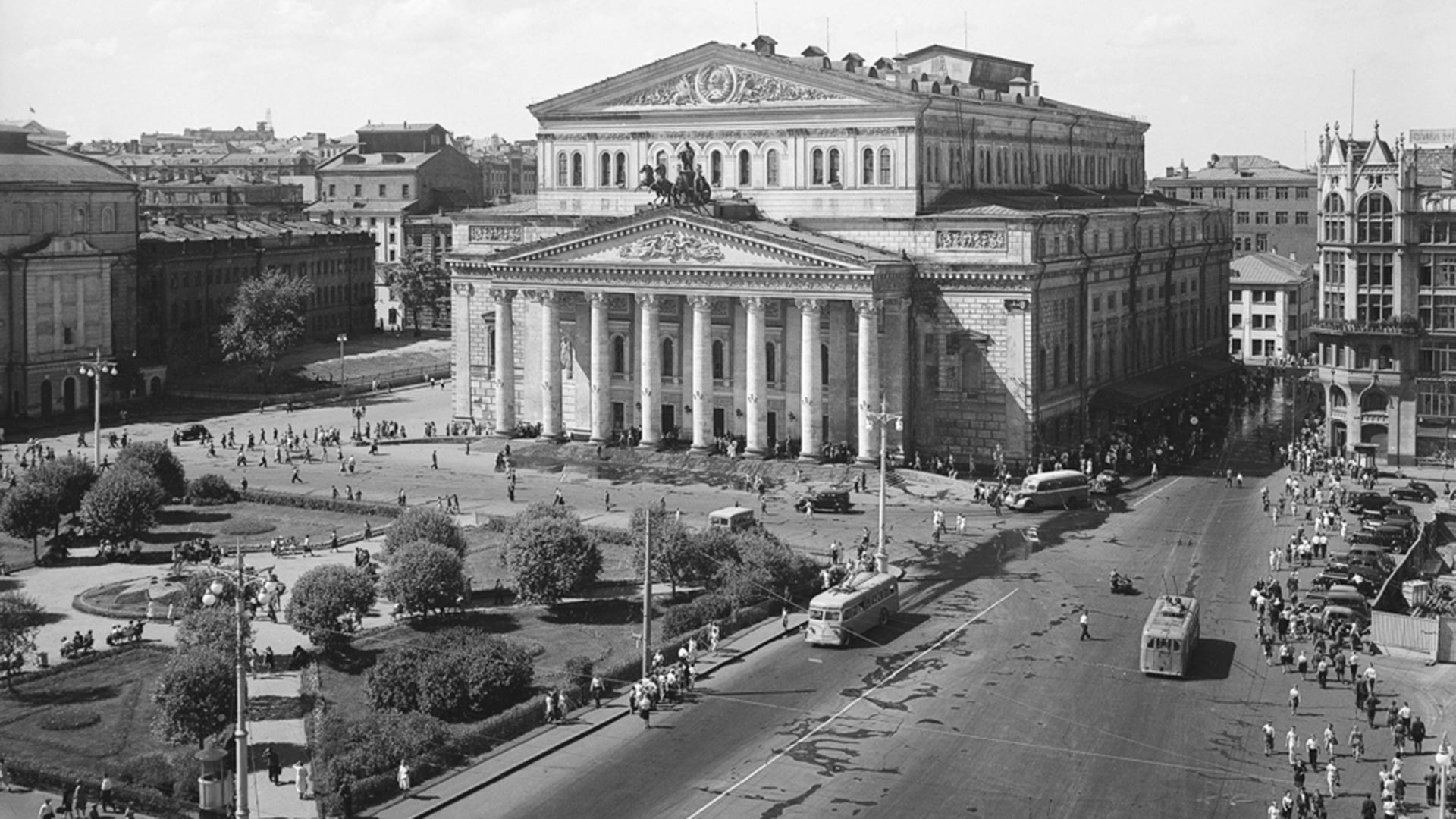 Naum Granovsky/Lumiere Gallery
Moscow’s most eminent architectural photographer, Naum Granovsky, took pictures of the city over several decades. We present some of his finest shots from the 1920s and 30s.

Naum Granovsky’s rich body of work traces how the Russian capital's appearance and architecture changed and developed from the 1920s to the 1980s, from a largely merchant city at the beginning of the century through the Stalinist Empire style all the way to modernism. 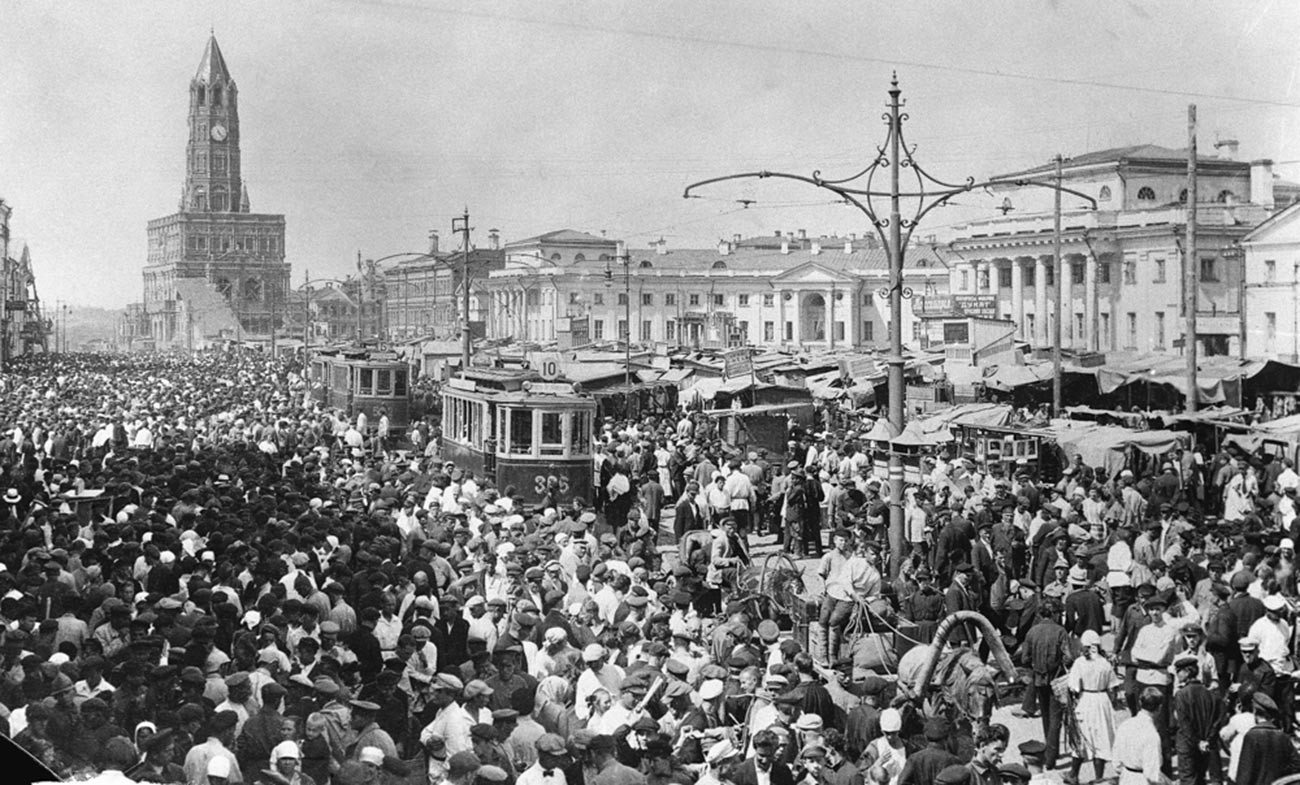 In 1918, when the capital was relocated from Petrograd (St. Petersburg) to Moscow, followed by the Soviet government, the process of rebuilding the city began. Moscow was to become not just the heart of the “Land of the Soviets,” but the capital of the world's first socialist state.

The 1920s saw the start of an active redevelopment program, which threw up new palaces, culture centers, and press office buildings. But the photographs of Naum Granovsky during this period depict no construction projects and almost no new architecture. Instead, the viewer glimpses how the city looked under the old regime. 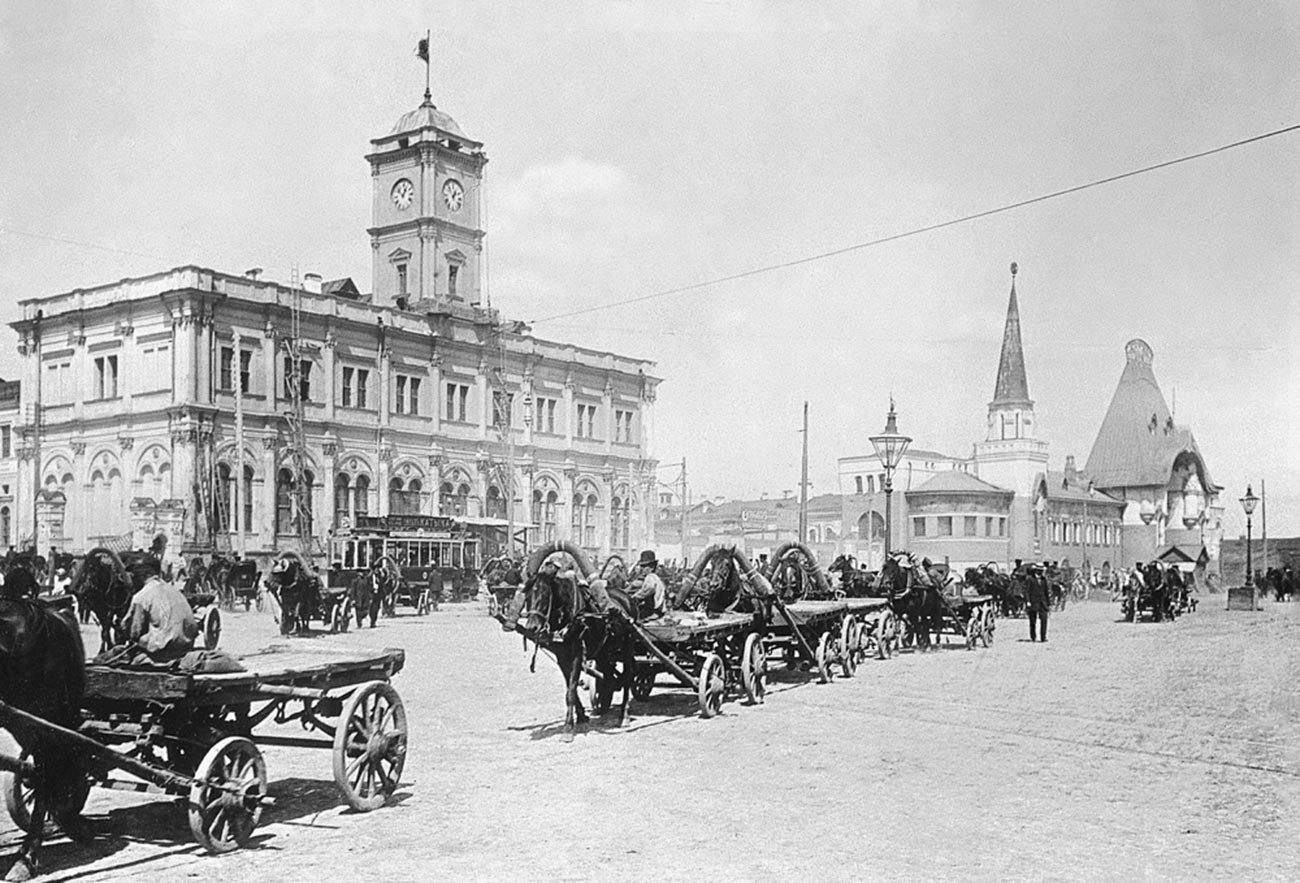 “He captures the old, almost bygone Moscow. Viewing these photographs, one gets the impression that Granovsky is setting the standard by which all subsequent images will be compared,” says Elizaveta Likhacheva, director of the Schusev State Museum of Architecture. 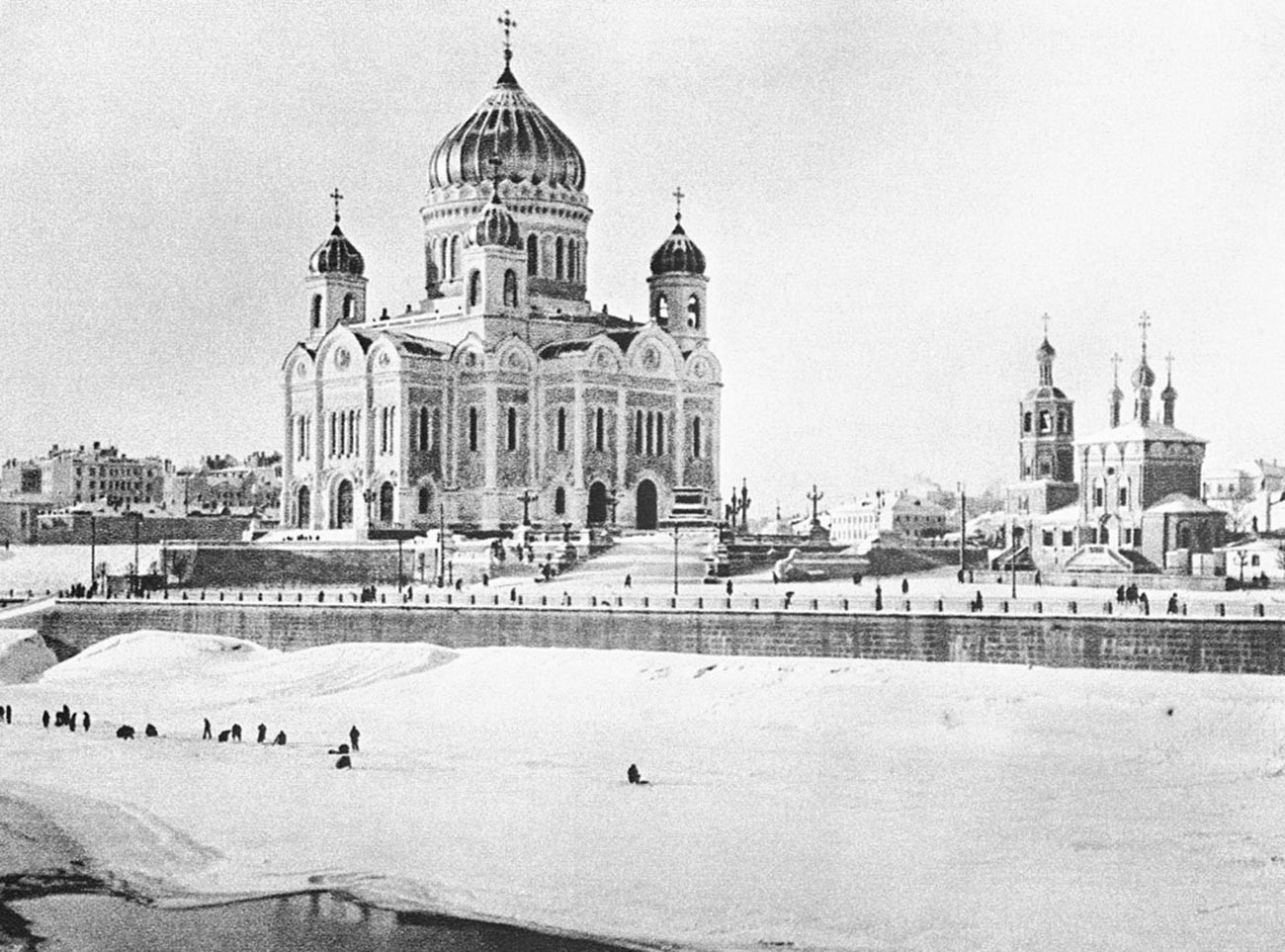 Cathedral of Christ the Savior, built in honor of victory in the Patriotic War of 1812. 1927

In the 1920s, Granovsky was a young correspondent for TASS Photo Chronicle. In the early days of his creative career, he experimented with different shooting techniques. His archive contains images in the style of constructivism. 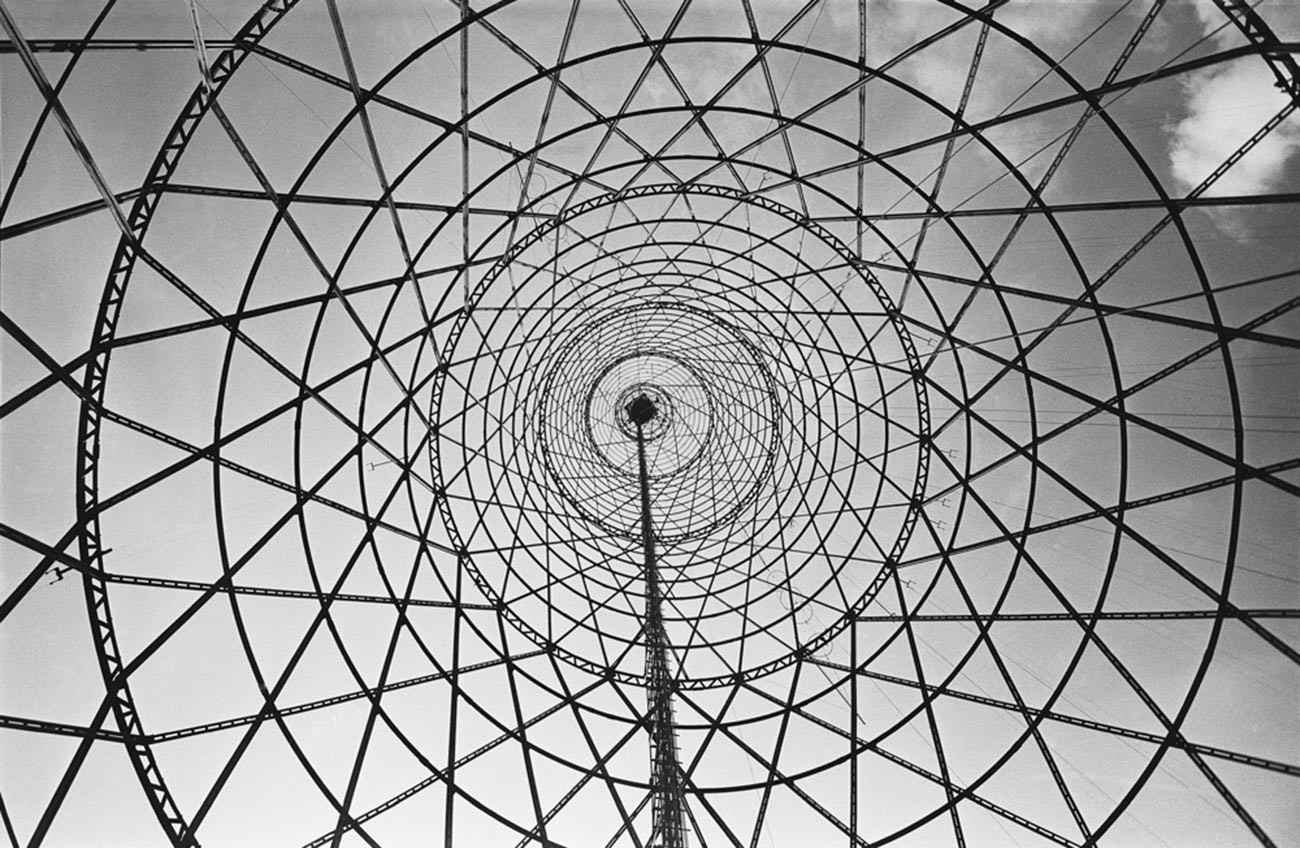 In the 1930s, even architecture was political. New buildings, avenues, and squares were required to visually embody the successes of the young Soviet state. As such, Granovsky was now consciously tracing the process of building the new Moscow. 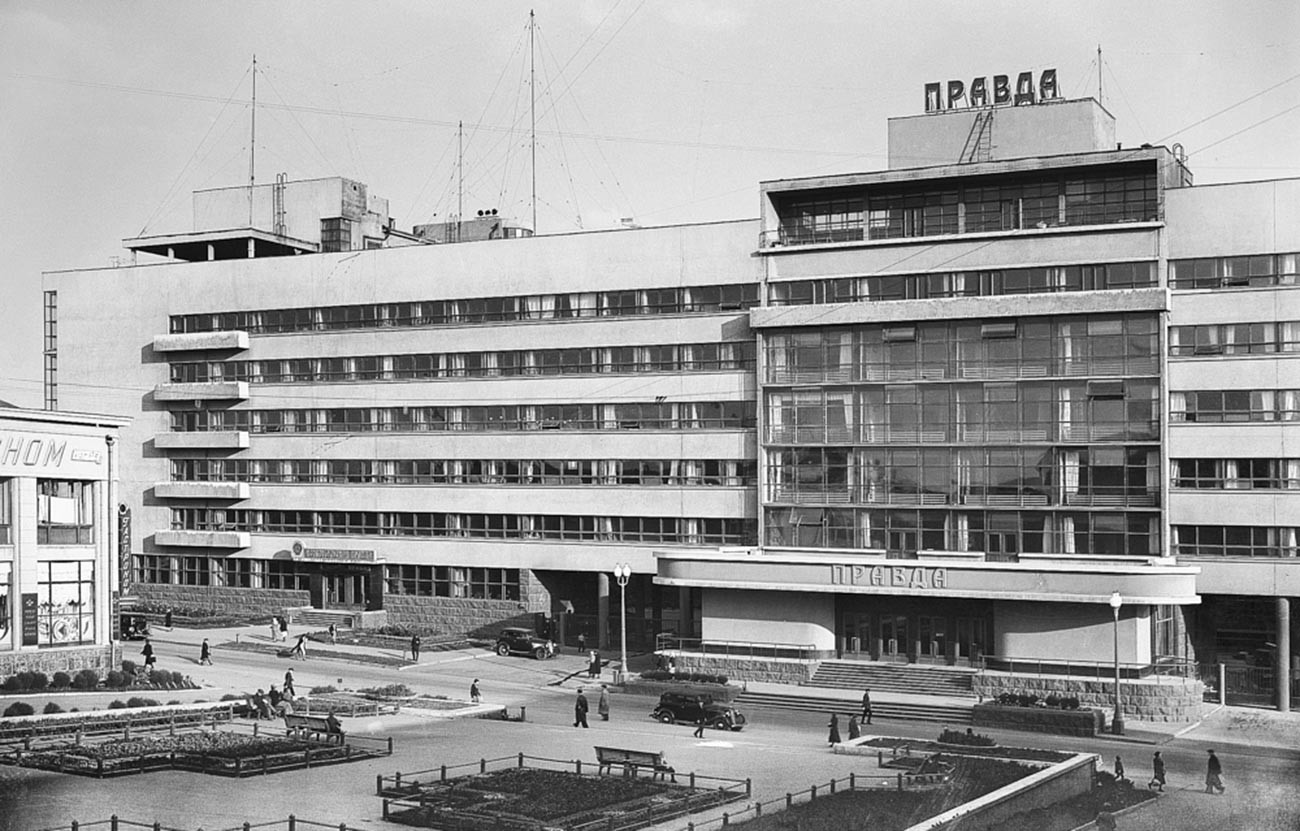 Building of the publishing house Pravda. 1934

Naum Granovsky’s fame as “the chronicler of Moscow” began in 1934 as a photographer for the publishing house Izogiz, which was dedicated, among other tasks, to photographing the architecture of the “growing and flourishing” country. 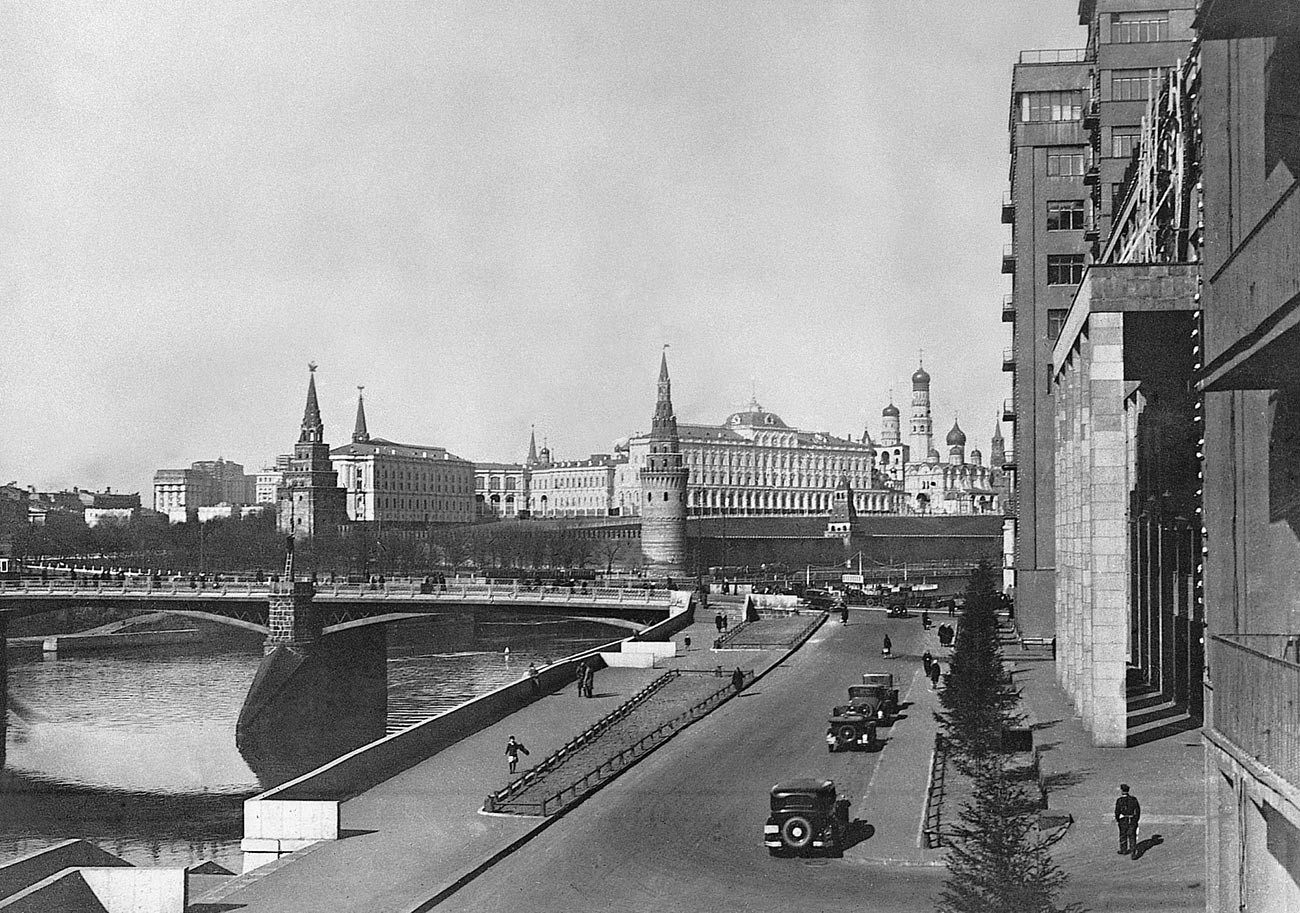 Gradually, toward the end of the 1930s, the hallmarks of Naum Granovsky's urban photography started to crystallize: a strictly calibrated composition with a view of a thoroughfare stretching into the distance and a high horizon line. 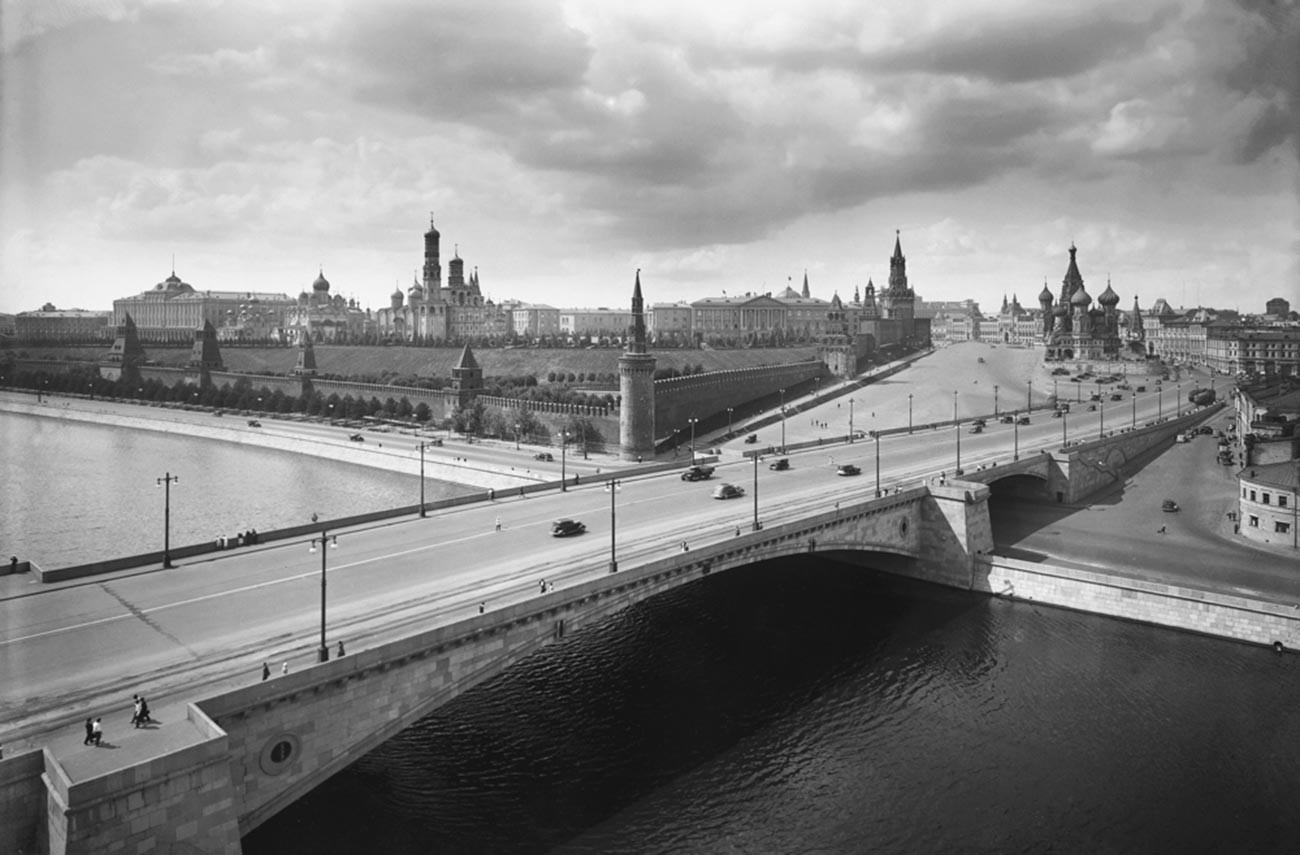 View of Moskvoretsky Bridge and the Moscow Kremlin. 1939

The city turned into a gigantic construction site: Gorky (now Tverskaya) Street was widened, and the buildings of the Hotel Moskva, the Lenin Library, and the House on the Embankment sprang up. On the site of the old Okhotny Ryad, Kitay-Gorod, and Zaryadye districts, there appeared new squares and streets. 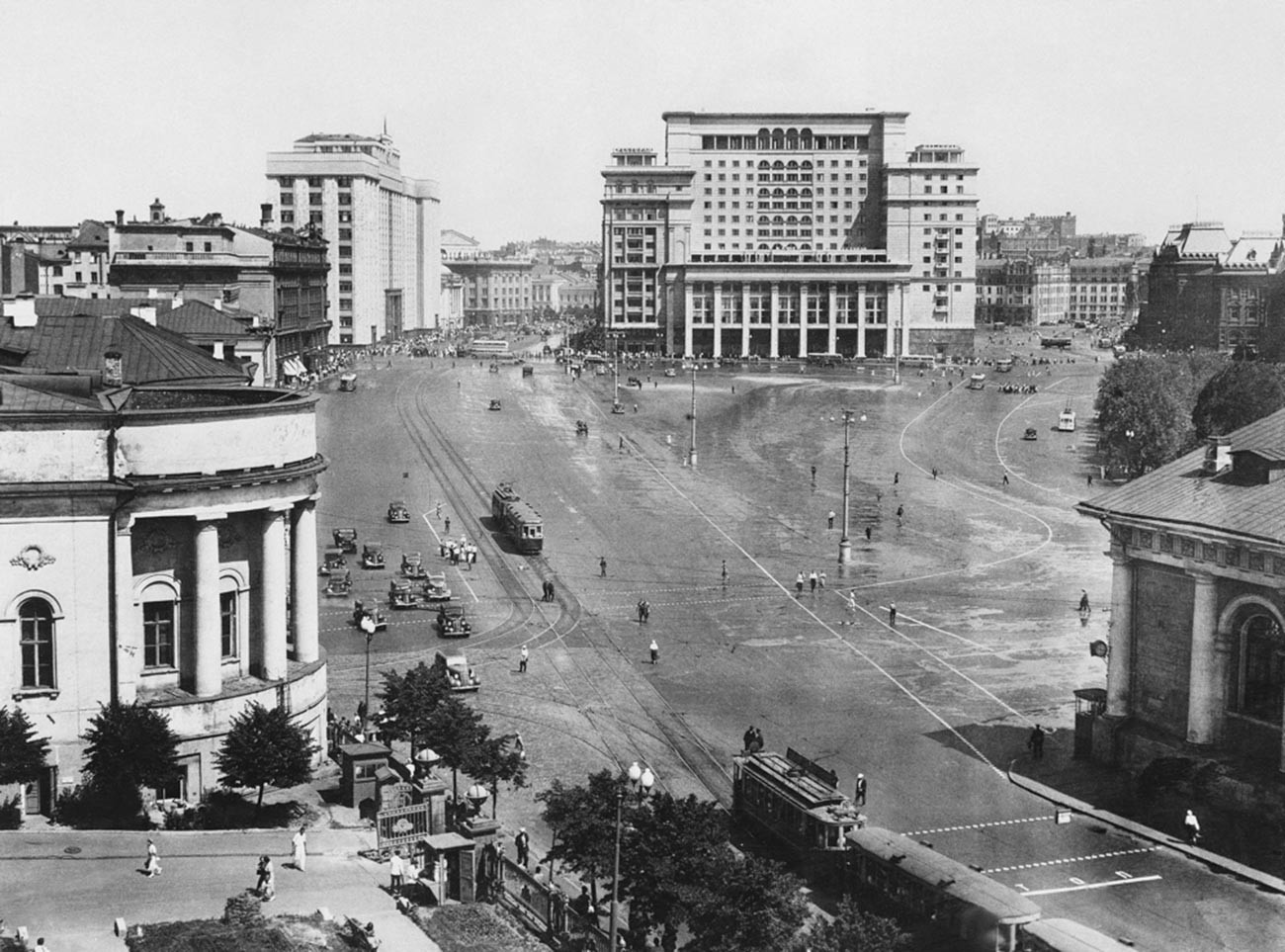 A large-scale subway construction program got underway, culminating in the adoption in 1935 of the General Plan for the Reconstruction of Moscow, which, with some adjustments, remained in force until the early 1970s. The Bolshoi architectural style came to Moscow, later known as Stalinist. 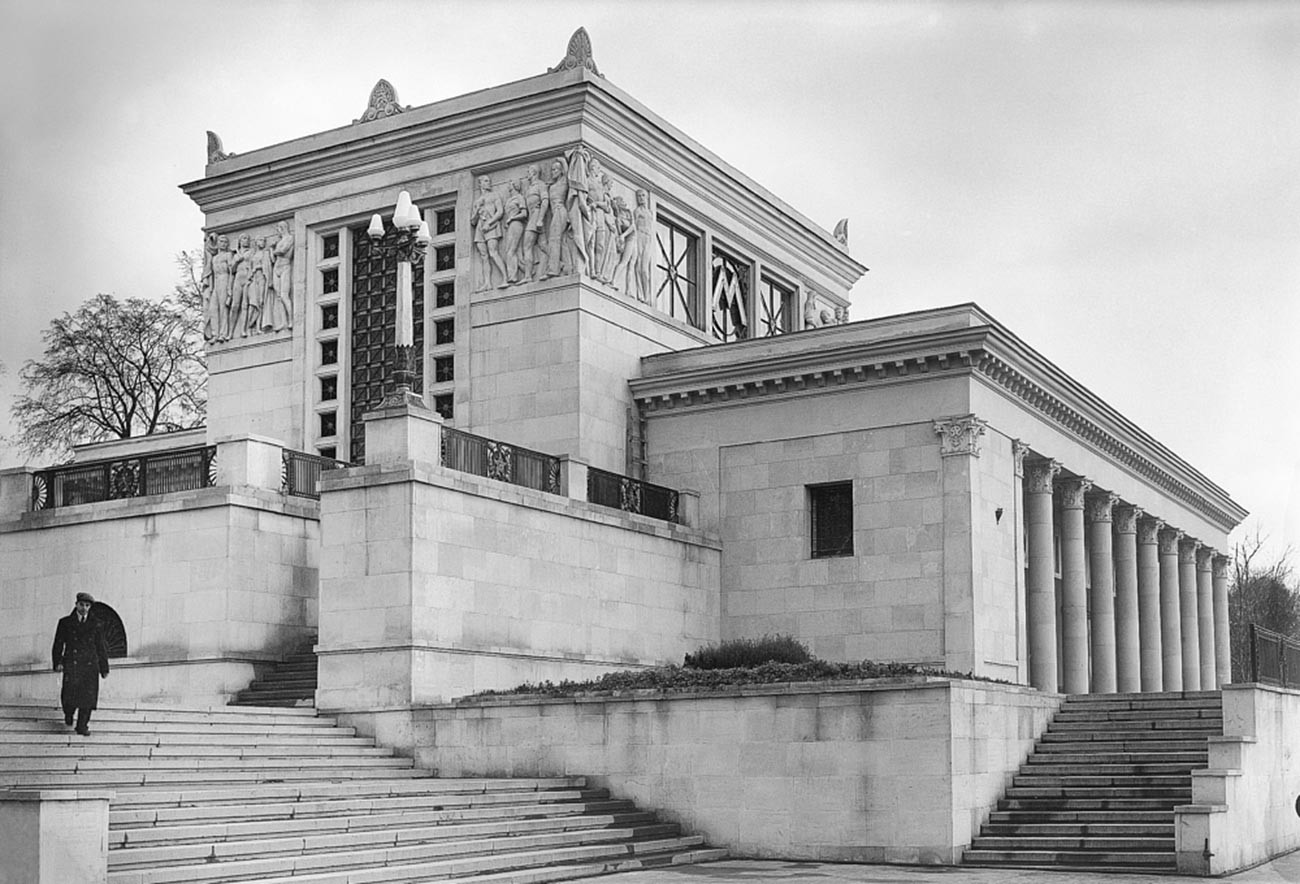 “When you look at the blueprints of Soviet architects, you get the strange impression that these magnificent buildings were intended for some other city. They are huge and overwhelming; cars, people, sometimes even planes look like toys against the backdrop of these hulking structures,” writes Elizaveta Likhacheva in the monograph Naum Granovsky 1920-1980. In her opinion, this architecture is not for or about the people, but the greatness and power of the state. 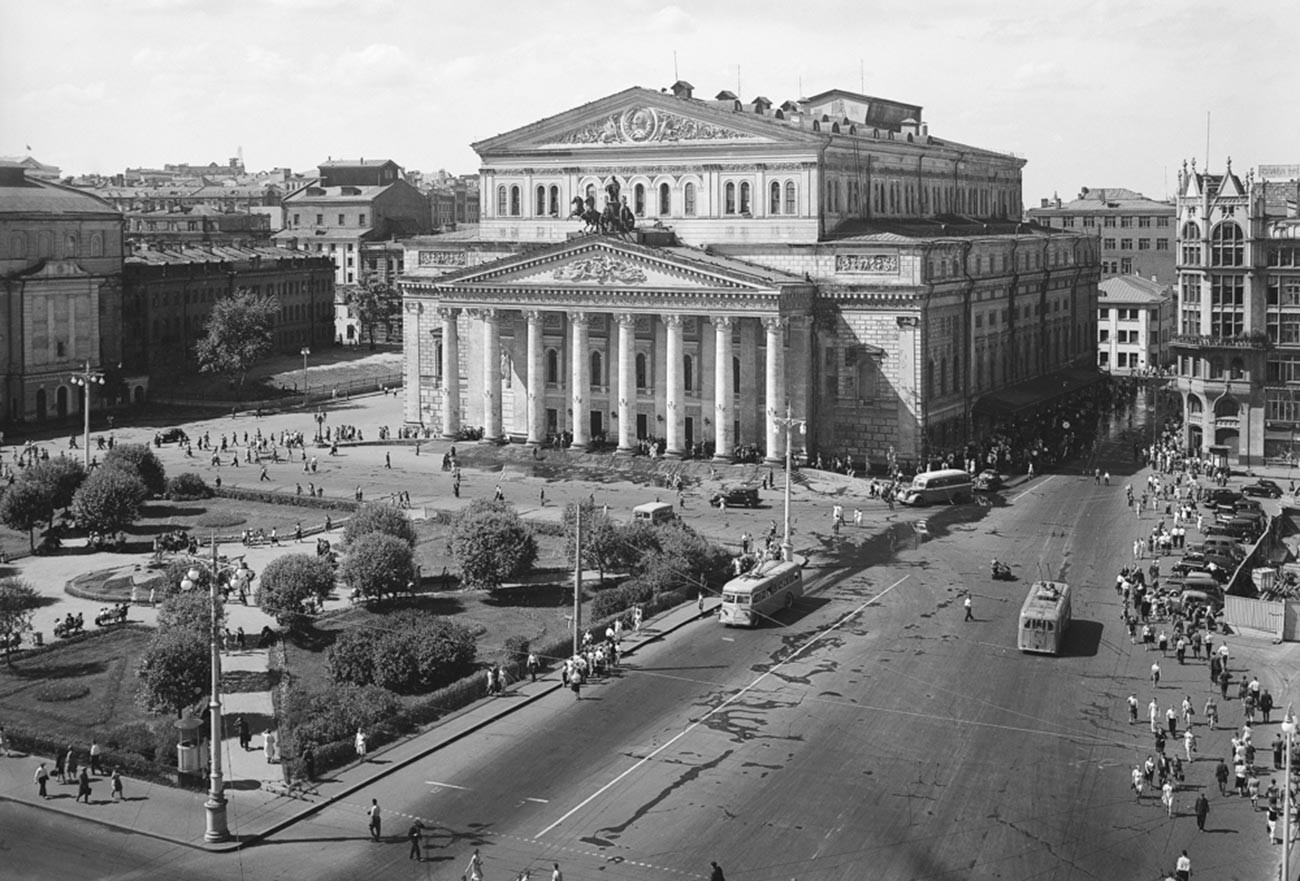 But Granovsky's photos show not only “totalitarian architecture”; he photographs the city, tracing its development and changing aspect. Time and again, his work revisits the same squares and streets. 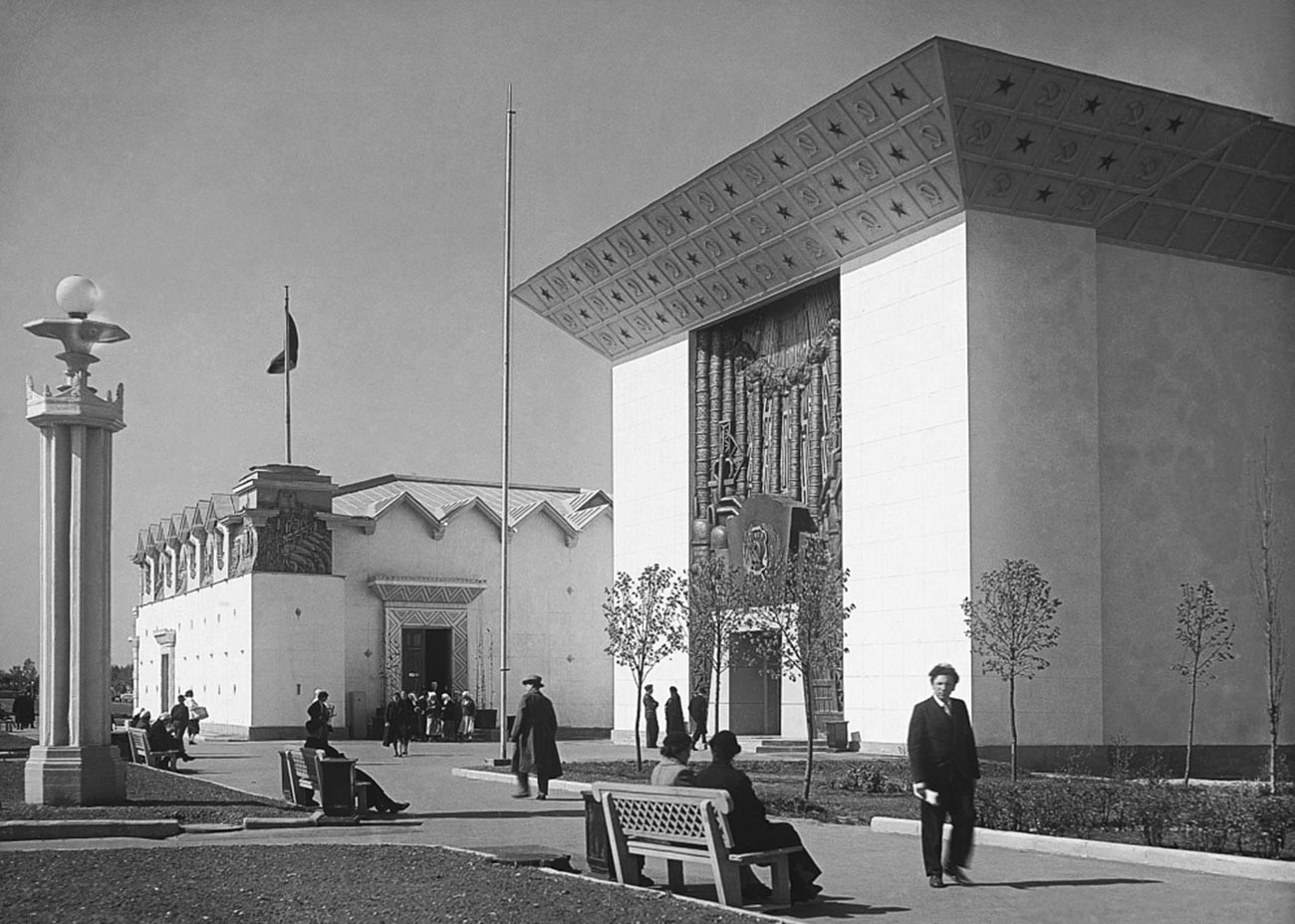 VSKhV (VDNKh) Pavilion of the Central Regions of the RSFSR. 1939

Most importantly, Granovsky takes pictures of Muscovites. And in the words of Elizaveta Likhacheva, an amazing metamorphosis takes place: “What looks overwhelming on the drawing board blends naturally into the city. Granovsky scales down the Bolshoi style to the level of human perception.”

The retrospective "Moscow of Naum Granovsky 1920-1980" in honor of the 110th anniversary of the photographer runs at the Lumiere Brothers Center for Photography under the auspices of the Still Art Foundation until Oct. 31, 2020.