The most unusual tank in WWII 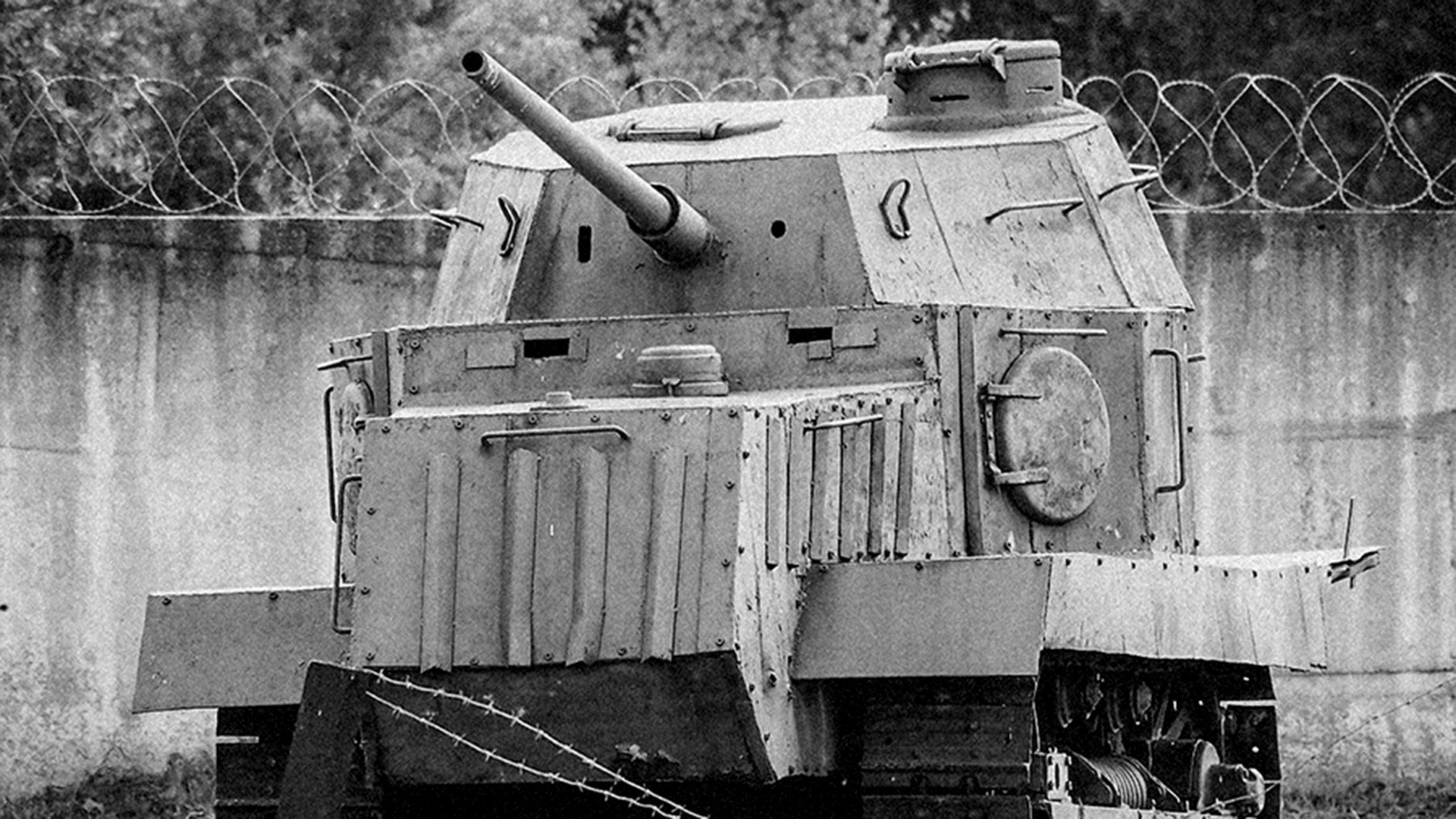 Alf van Beem/Wikipedia
Although the Soviet improvised NI-1 tanks, hastily made out of tractors, had little chance in a battle with German troops, they terrified their Romanian allies.

In the early hours of September 20, 1941, 20 Soviet tanks, with their headlights and sirens on, launched a sudden attack on the Romanian troops' positions on the outskirts of Odessa. The stunned enemy infantry retreated in panic, not realizing that what had put them to flight were in fact just armored tractors with fake guns.

The idea to make a tank out of a tractor came to the engineers of the Odessa-based January Uprising Machine-Building Plant in August 1941. The Red Army units defending the city from the German and Romanian troops were in dire need of armored vehicles. Whereas, there was no shortage of crawler tractors in Odessa. 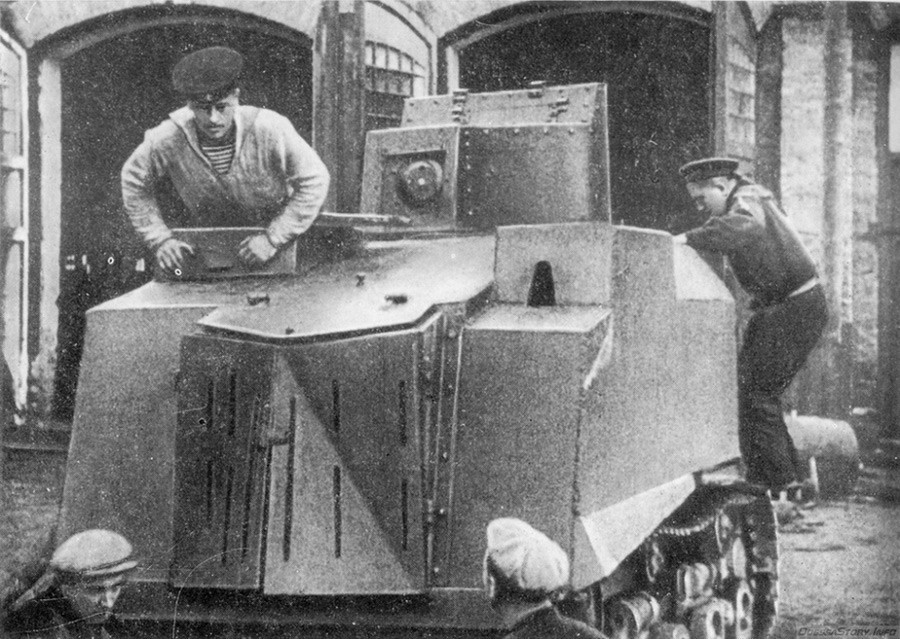 The first three improvised tanks were made by hand in a matter of just a couple of weeks. STZ-5 tractors had their upper parts cut off, their bodies sheathed with armor plates and rotating turrets with weapons installed on them. At first, the plan was to use 37 mm guns from T-26 tanks which were beyond repair, but that turned out to be technically impossible. In the end, it was decided to use two 7.62 mm machine-guns instead, and to install dummy guns to make the improvised tanks more formidable and intimidating.

The resulting armored tractors – which became known as ‘Odessa tanks’ or ‘Yanvartsy’ (from the Russian word for “January”, in reference to the name of the factory that made them) – could develop a speed of up to 20 km/h, but, according to eyewitness accounts, made a terrifyingly loud noises and clangs when moving. The improvised light tanks could cover a distance of 140 km, although in practice they never had to, since the enemy was fast approaching Odessa.

The Yanvartsy got their baptism of fire on August 20, 1941. Led by a real tank, they supported a counterattack by the 25th Infantry Division, which drove the enemy out of their positions. 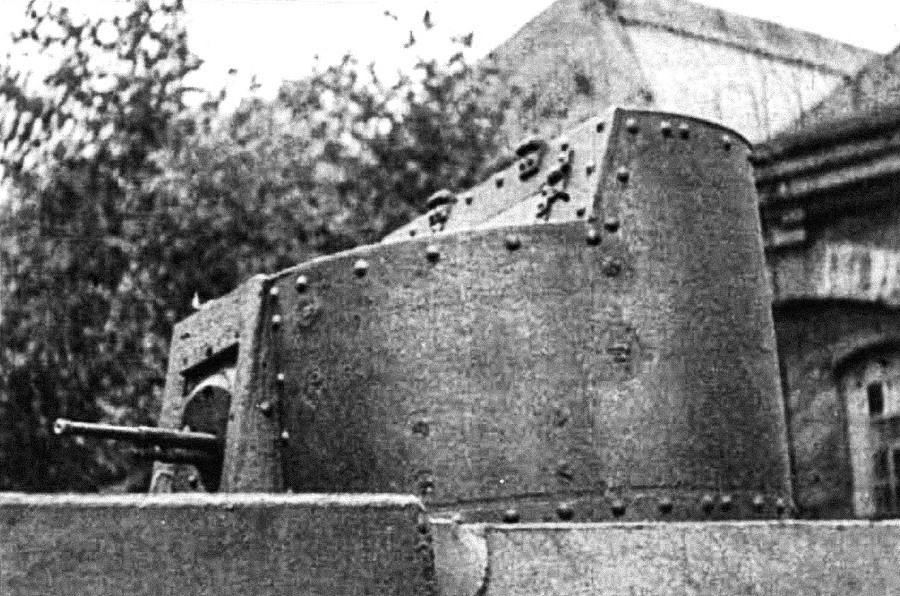 An inspection of the armored tractors returning from battle showed that their 10-20 mm armor was quite effective against bullets and shrapnel, but not from 45 mm projectiles, which pierced right through it. Nevertheless, the Soviet command was quite pleased with the new armored vehicles and ordered to continue their production. In total, according to various estimates, anywhere from 55 to 69 ‘Odessa tanks’ were produced.

After the 20 improvised tanks terrified the Romanian infantry during a night attack on September 20, they were given a new name: the ‘NI-1’, which stood for the Russian “Na ispug”, meaning “for a fright”. Less than two weeks later, the Soviet improvised tanks carried out their most successful operation.

On October 2, near the village of Libental in the suburbs of Odessa, NI-1 tanks took part in a sudden attack against units of the 4th Romanian Army, in which the enemy was completely defeated and 24 artillery pieces, as well as machine-guns and mortars captured. During the attack, seven improvised tanks were destroyed. 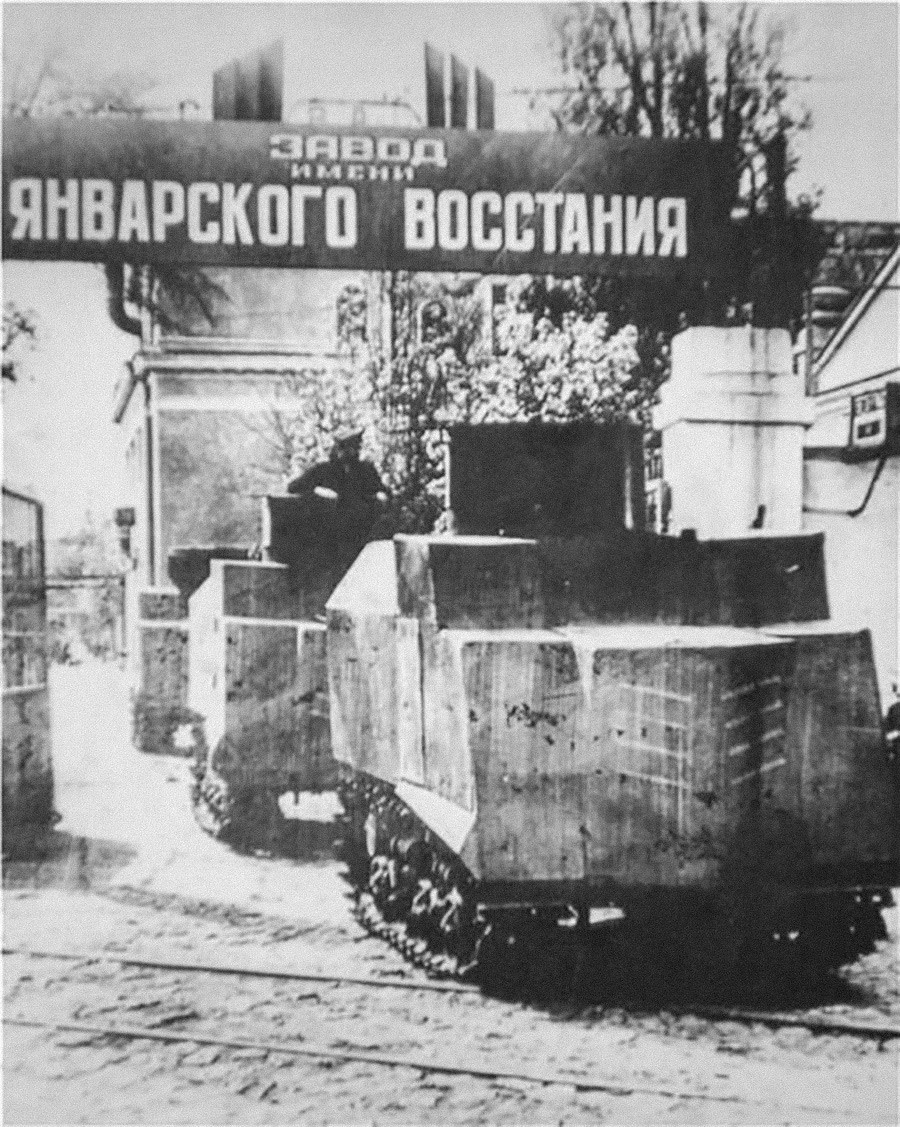 However, despite all the efforts, the Yanvartsy were unable to save the city from falling. On October 15-16, 1941, they provided cover for the evacuation of the last Red Army units from the port of Odessa. Several NI-1s were blown up by Soviet troops before their retreat, more than a dozen were left abandoned on the city streets and soon fell into the hands of the Romanians.

The NI-1 was not the only armored tractor created during World War II. Those vehicles were produced wherever there was technical capacity for it.

For example, more than 50 improvised self-propelled artillery systems, the KhTZ-16, were made on the basis of tractors in Kharkov. Although armed with a stationary 45 mm gun, they offered poor protection and visibility and were too slow, so they did not perform particularly well in battles against German troops. 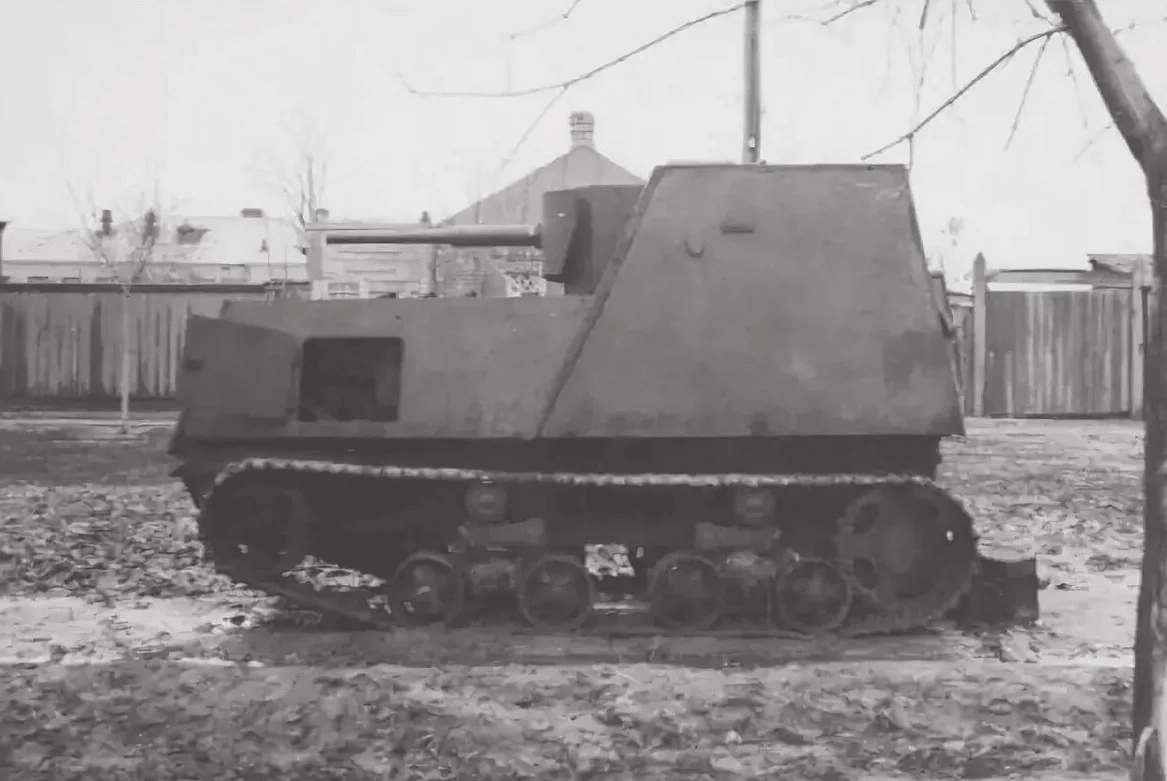 Improvised tanks were used not only on the Eastern Front. To repel a possible Japanese invasion of New Zealand, the so-called ‘Bob Semple' tank was developed (named after the author of the idea, the New Zealand minister of works). Hastily made, the vehicles had inferior technical and combat characteristics and were met with ridicule in New Zealand society. Dubbed “the worst tank ever built”, the Bob Semple “tank” never went into mass production.