Why did the USSR shoot down two Swedish aircraft?

History
Boris Egorov
One downing resulted in a major international scandal, while the other one was hushed up by both countries.

Two in a row

Early on June 13, 1952, a Swedish Air Force DC-3 transport aircraft with eight crew members on board disappeared over the Baltic Sea without a trace. According to Swedish military and government officials, the plane was performing a regular training flight.

An official request to the USSR for clarification came to naught: Moscow denied involvement in the incident. A large-scale search operation began in the Baltic Sea, but it was soon suspended over an incident that stirred up all of Sweden. 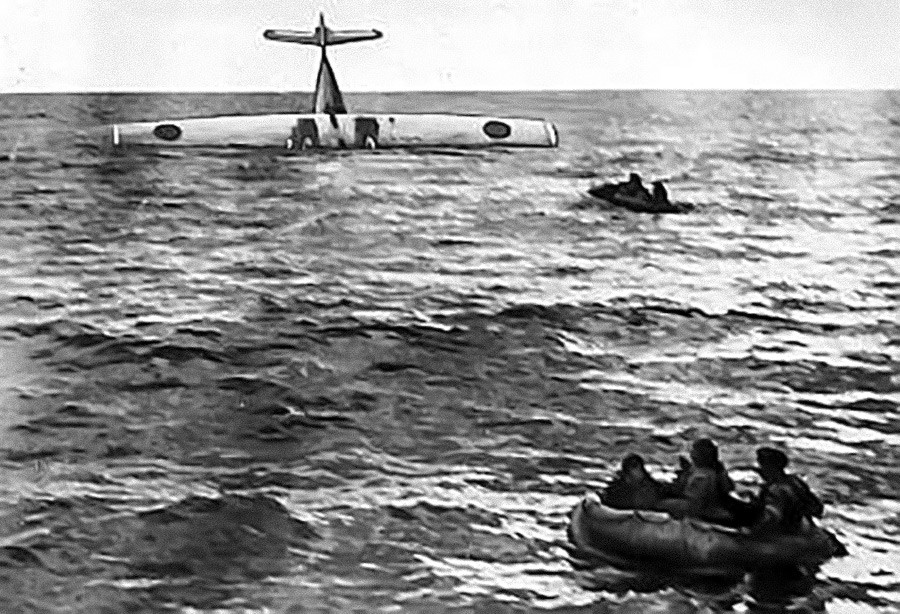 Picture of the Catalina that was shot down by the Soviet MiG-15.

On June 16, two Soviet MiG-15 fighters shot down a Swedish PBY-5 Catalina seaplane that was involved in the search operation. The Swedish plane was forced to land on water, and its five crew members were picked up by a passing West German cargo ship.

Both countries found themselves on the verge of severing diplomatic relations. Large-scale protest rallies were held outside the Soviet embassy in Stockholm.

The Swedes said that the Russians had attacked the Catalina in international airspace. According to the Soviets, the Swedish seaplane violated the borders of the Soviet Union.

As it turned out, the PBY-5 did indeed approach one of the islands of Soviet Estonia by mistake, where two MiGs caught up with it. Pilot Nikolai Semernikov recalled: “It was dawn. The Swedes also noticed us and headed for the neutral zone. Catching up with them was a matter of a few seconds. Having approached them within a distance of about 20 meters, we indicated to the Catalina to follow us to our airfield. However, the plane continued on its straight path.” 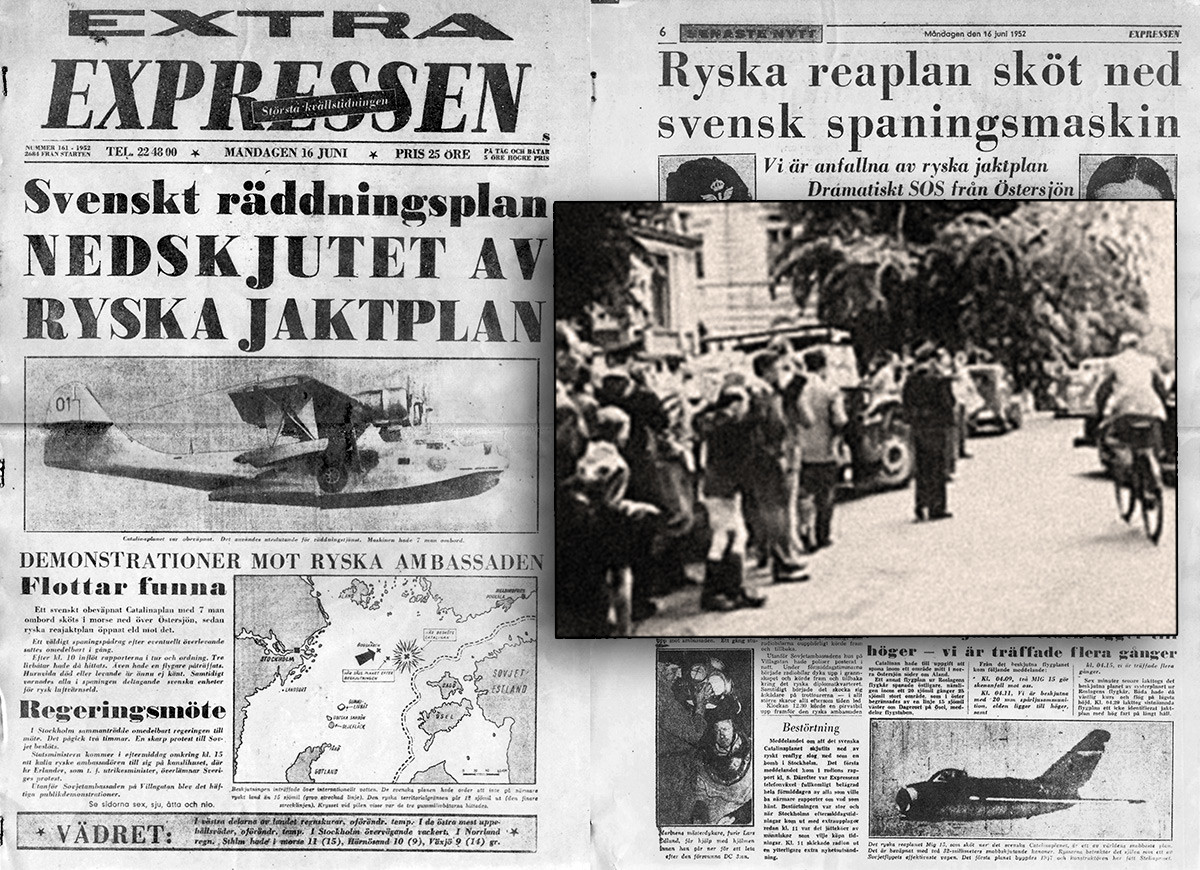 On June 16, 1952, the Swedish newspapers focused on the incident with Catalina/Swedish protesters outside the Soviet embassy in Stockholm.

Despite the fact that the Catalina had already left Soviet airspace, the pilots were ordered to open fire on it. For shooting down the Swedish seaplane, Semernikov and the pilot of the other MiG, Ilya Yatsenko-Kosenko, were awarded Orders of the Red Banner.

Far from an ordinary flight

As it turned out, during an investigation of "the Catalina affair" following the collapse of the USSR, both countries were lying.

The DC-3 was not performing a training flight. Crammed full of top-secret equipment, it was carrying out electronic reconnaissance, targeting a new Soviet radar located near the city of Liepaja in western Latvia. Sweden planned to hand this information over to NATO in exchange for electronic equipment it needed for defense purposes. 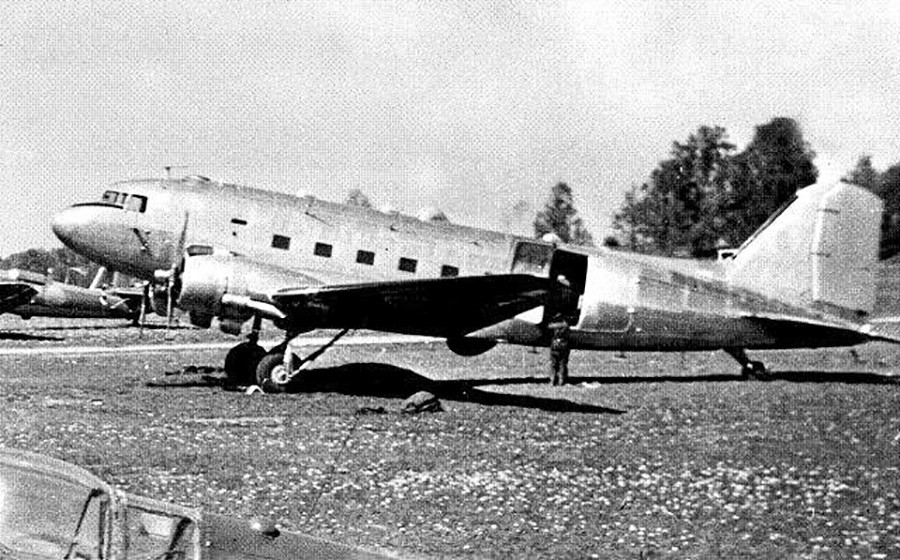 The plane had a very apt name, Huginn. In Norse mythology, that was the name of a raven of the god Odin who flew around the world and informed its master about everything that was happening.

On board the aircraft were technicians and officers from the Ministry of Defense. According to one unconfirmed theory, in addition to the eight Swedes, there was also an American representative of NATO on board the plane.

It was in Swedish interests to hush up the story of the disappearance of the DC-3, and so the attack on the Catalina was a godsend for them.

On the other hand, the USSR, which denied involvement in the disappearance of the plane, was directly responsible for it. The Huginn was shot down when approaching the borders of Soviet airspace (the wreckage of the plane was discovered in 2003 north of the island of Gotland).

Wreckage of the DC-3.

In fact, the Soviets were waiting for the arrival of "the raven". Moscow was well aware of the secret military cooperation that neutral Sweden had established with the U.S. and Great Britain after the end of World War II. In exchange for intelligence provided by the Swedes, NATO supplied them with modern technical equipment for the northern country's defense needs.

Starting in 1948, Swedish Air Force reconnaissance aircraft fitted with aerial cameras began to appear in Soviet airspace on a regular basis, causing irritation and protests from the Soviet leadership. All this led to the fact that on June 12, 1952, the DC-3, which had been skilfully avoiding violating the Soviet border, was attacked by a MiG-15 piloted by Grigory Osinsky.

The details of "the Catalina affair” became publicly known in Sweden and Russia only 40 years after the events, although the two countries' leaders had secretly clarified the situation much earlier. Back in 1956, Nikita Khrushchev, in a confidential conversation with Prime Minister Tage Erlander, admitted that the Swedish plane had been attacked by a Soviet MiG. The latter, however, decided not to share this information with the citizens of his country at the time.