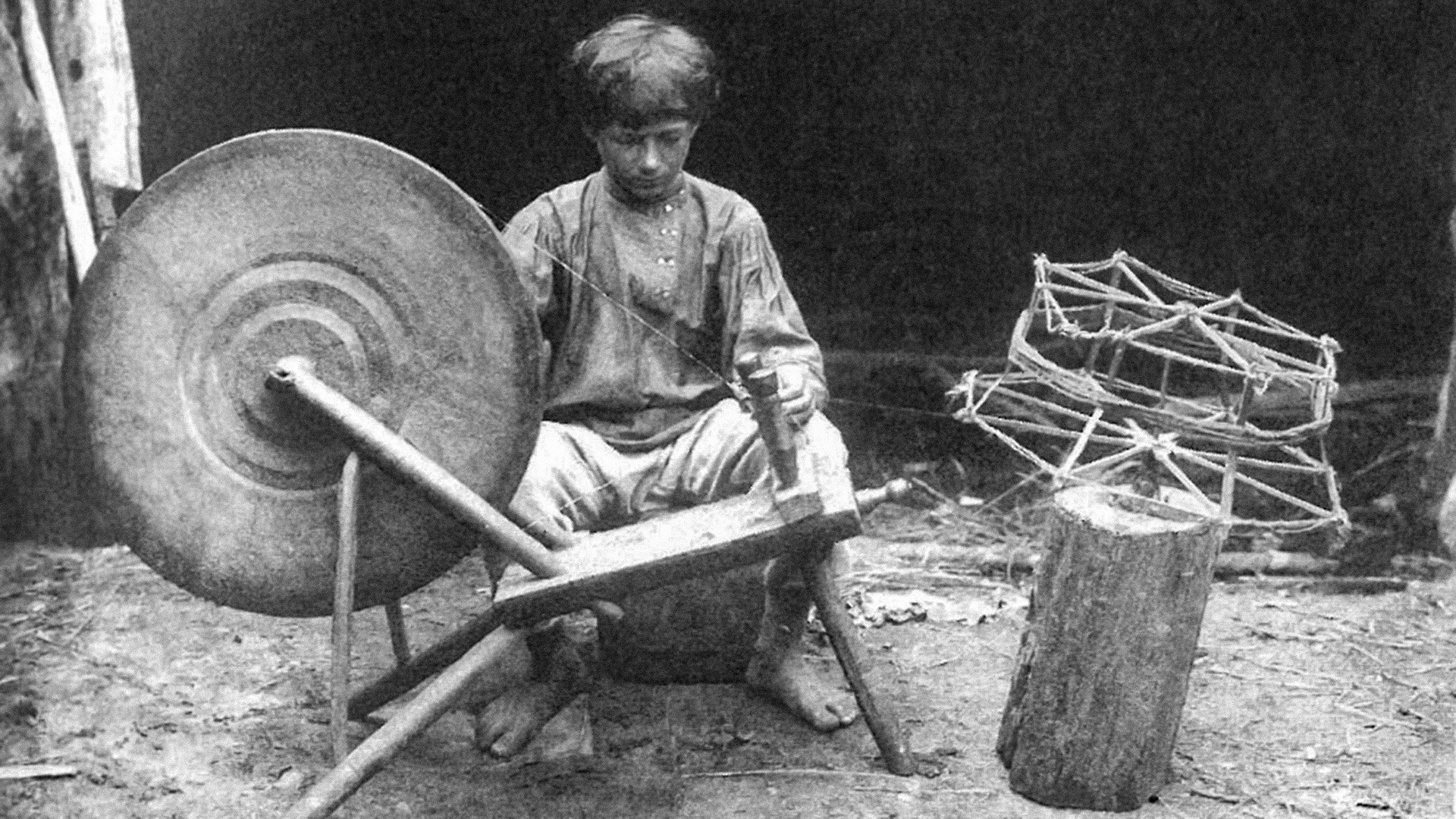 Archive photo
Russia is famous for its craftsmen. Every region of the country is home to entire villages where people have been perfecting their trade for generations. In this digital era when “handmade” is a mark of quality, we offer a glimpse at old, atmospheric photos of Russian craftsmen and women at work.

One of the most in-demand crafts was the production of wooden spoons. Incidentally, spoons were used not only as cutlery. Read more about Russian spoon customs here. 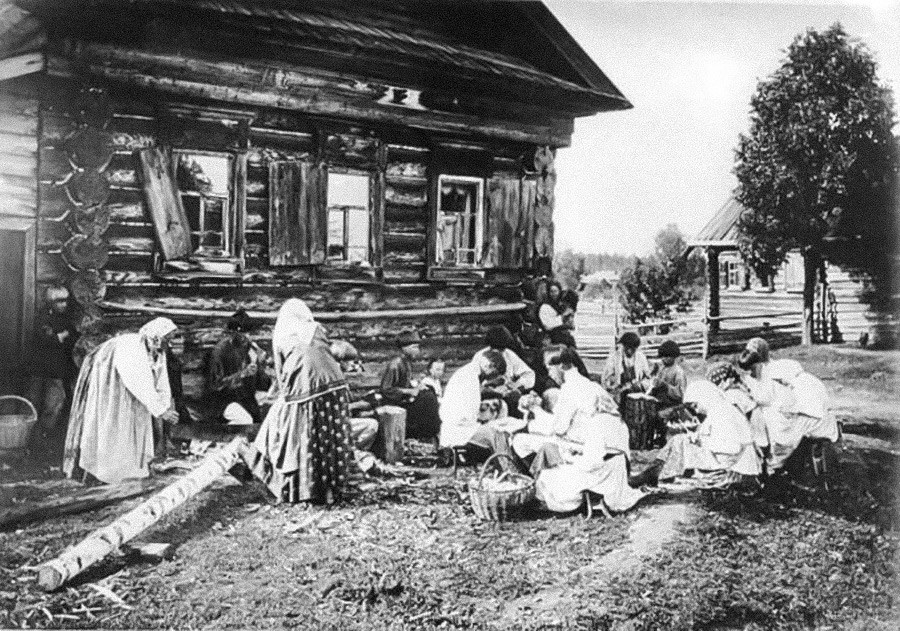 Meanwhile, the town of Pavlovo in Nizhny Novgorod Region was famous for its master metalworkers. They made locks, knives, and trays, like in this photo from the 1900s. 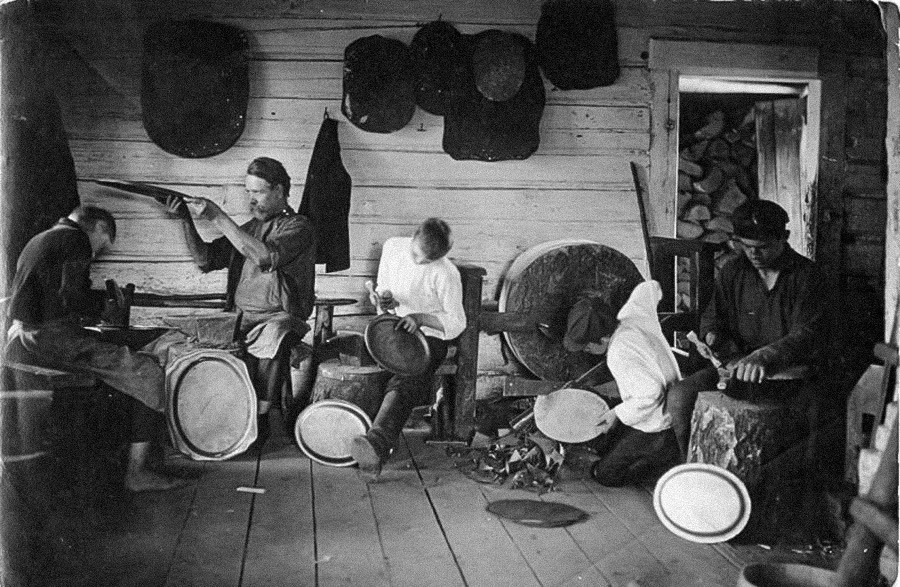 In places where the land was infertile, peasants increasingly switched from agriculture to handicrafts, because they were more profitable and required less effort. 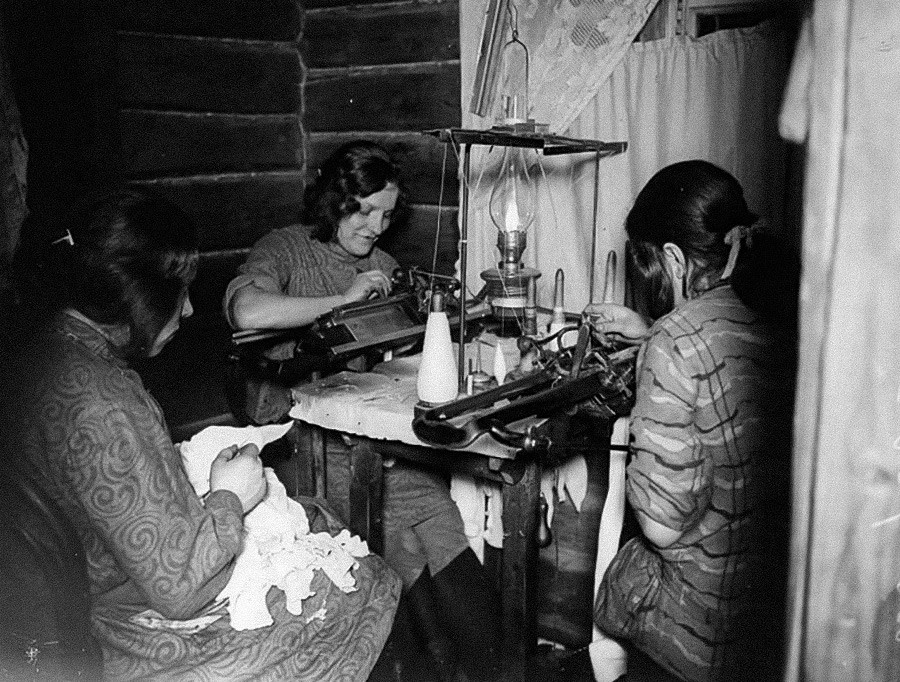 Shoemakers working in the street with simplified tools and materials were known as “cold cobblers”; this expression was also applied to slipshod workers. 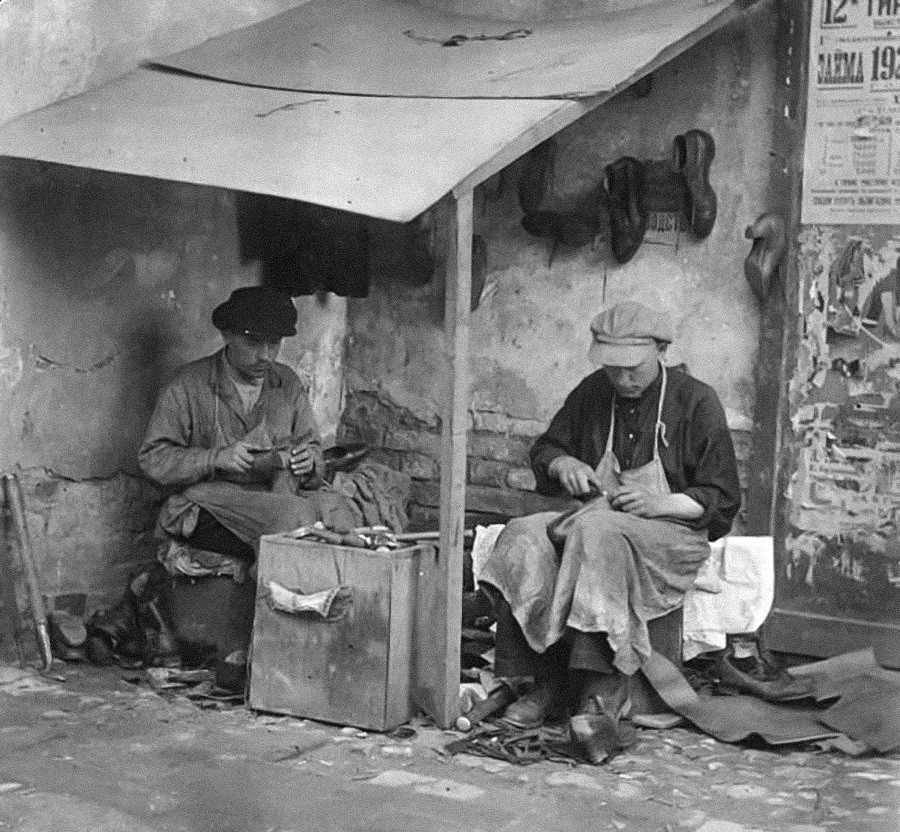 A more professional shoemaker with his own workshop looked like this. Naturally, their services were pricier. 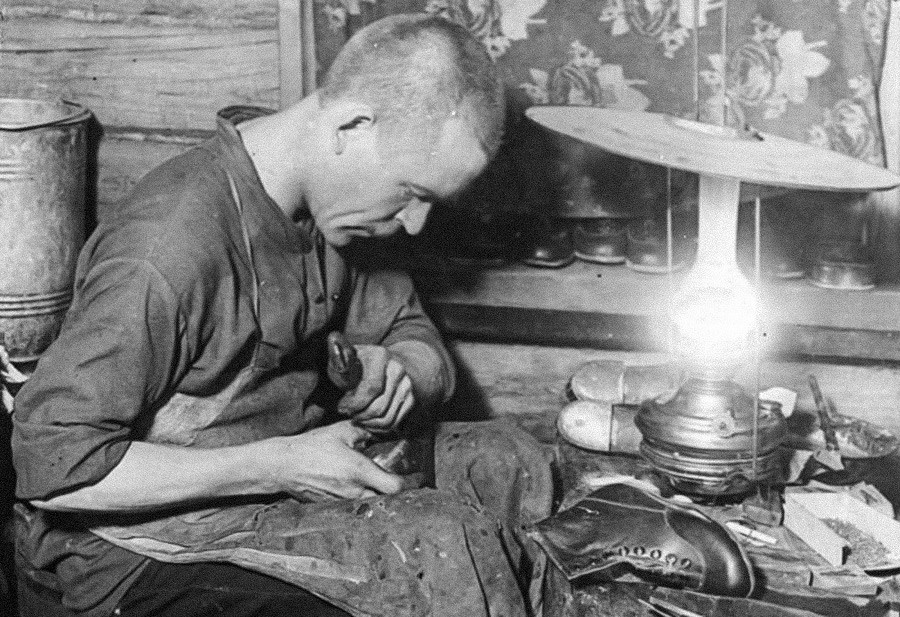 The very best artisans had apprentices. For children from indigent families, such a position was like gold dust. 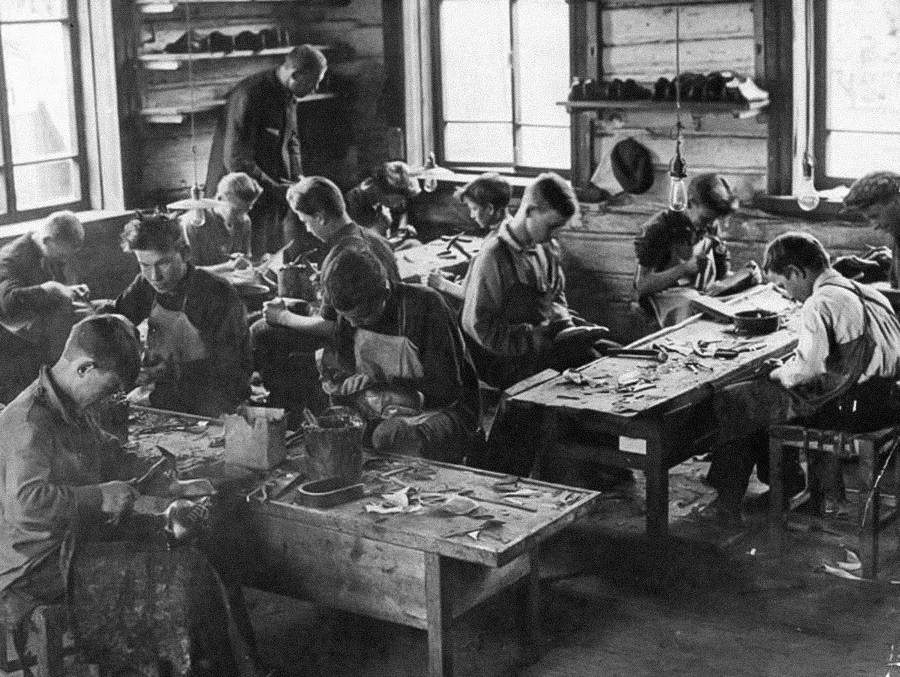 Another common craft was the manufacture of felt boots, which were the most popular footwear during the Russian winter. 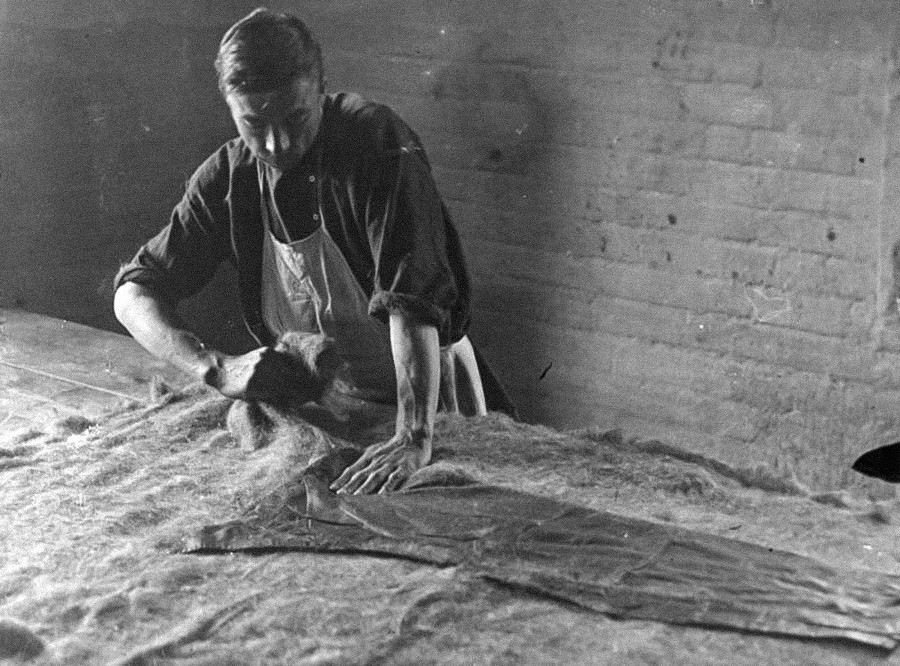 The first stage of production — preparing the felt, 1930

The most important stage was the actual felting of the boots-to-be. 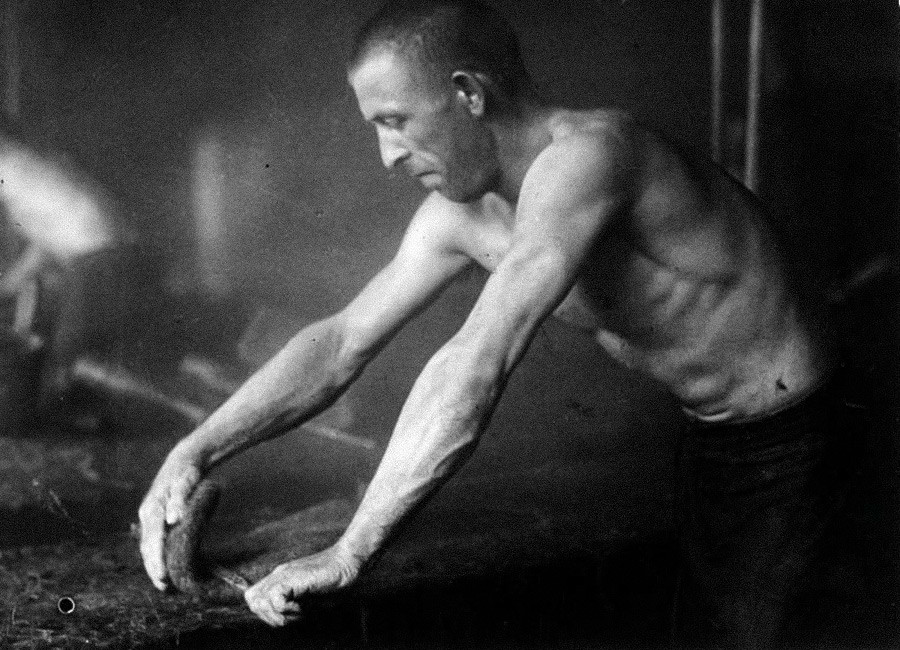 The craftsman softened up the workpiece, making it easier to shape and texturize. 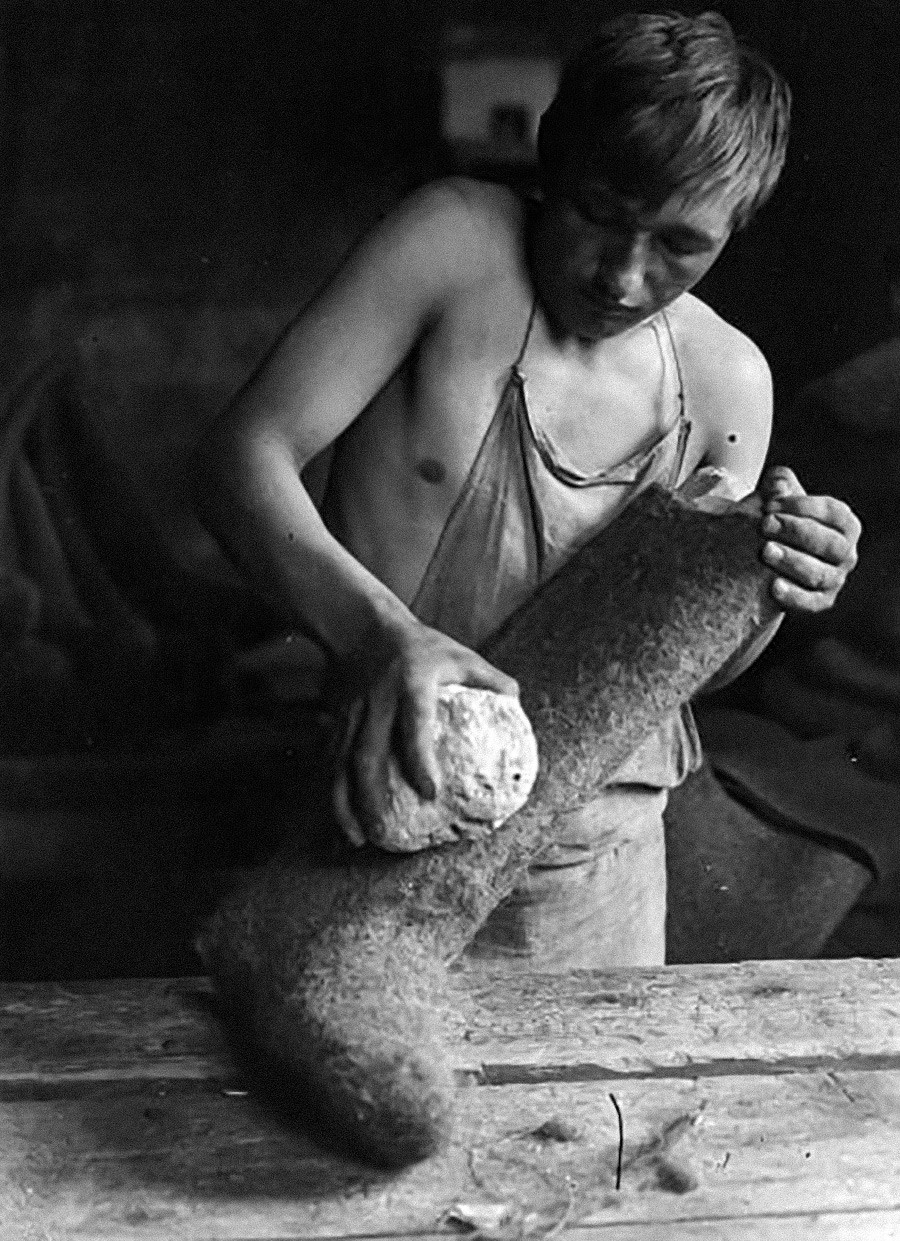 The final stage was pumice processing

No Russian bazaar was complete without items woven from birch bark or the roots of other trees, such as willow. The most famous handmade articles — bast shoes — went the way of the dodo, but baskets are still very popular to this day. 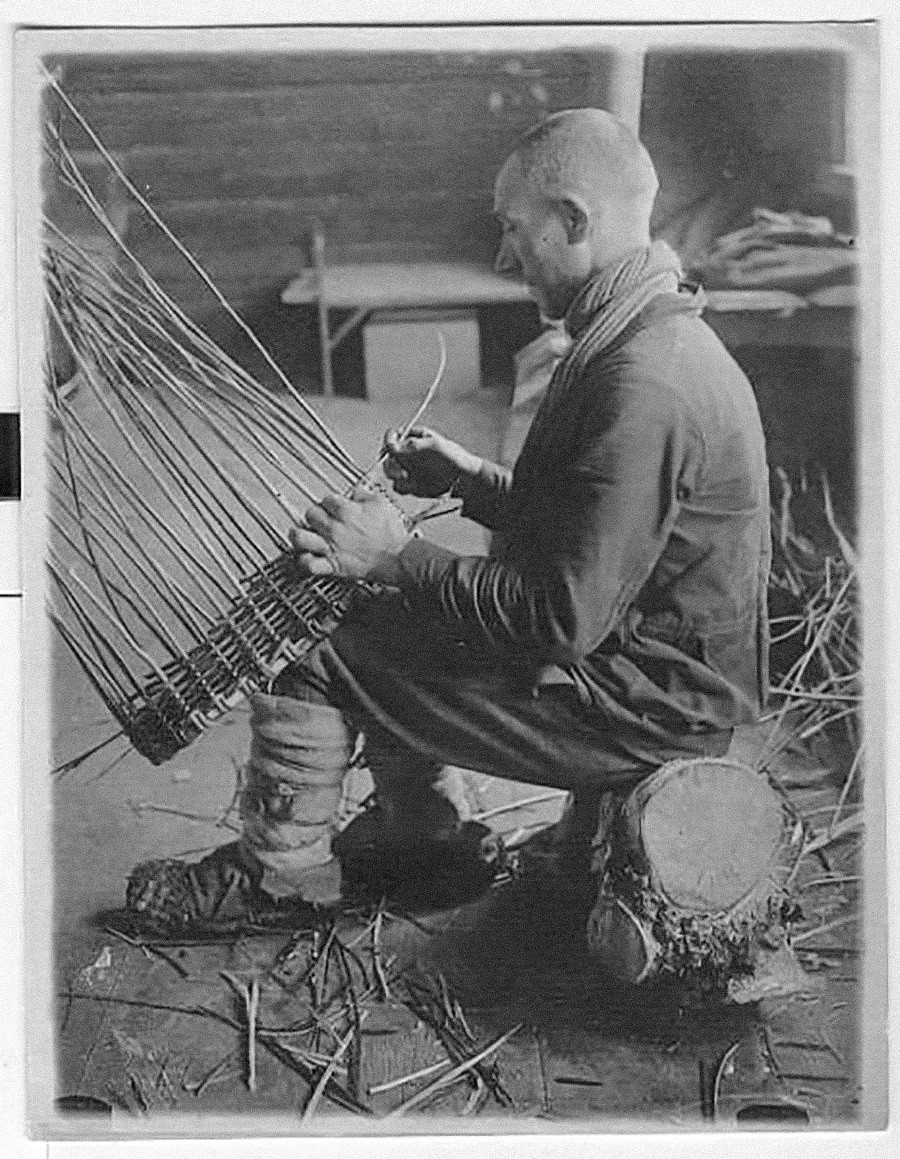 In the USSR, many production works gradually became industrialized, yet in some villages handworkers hung on for a long time. 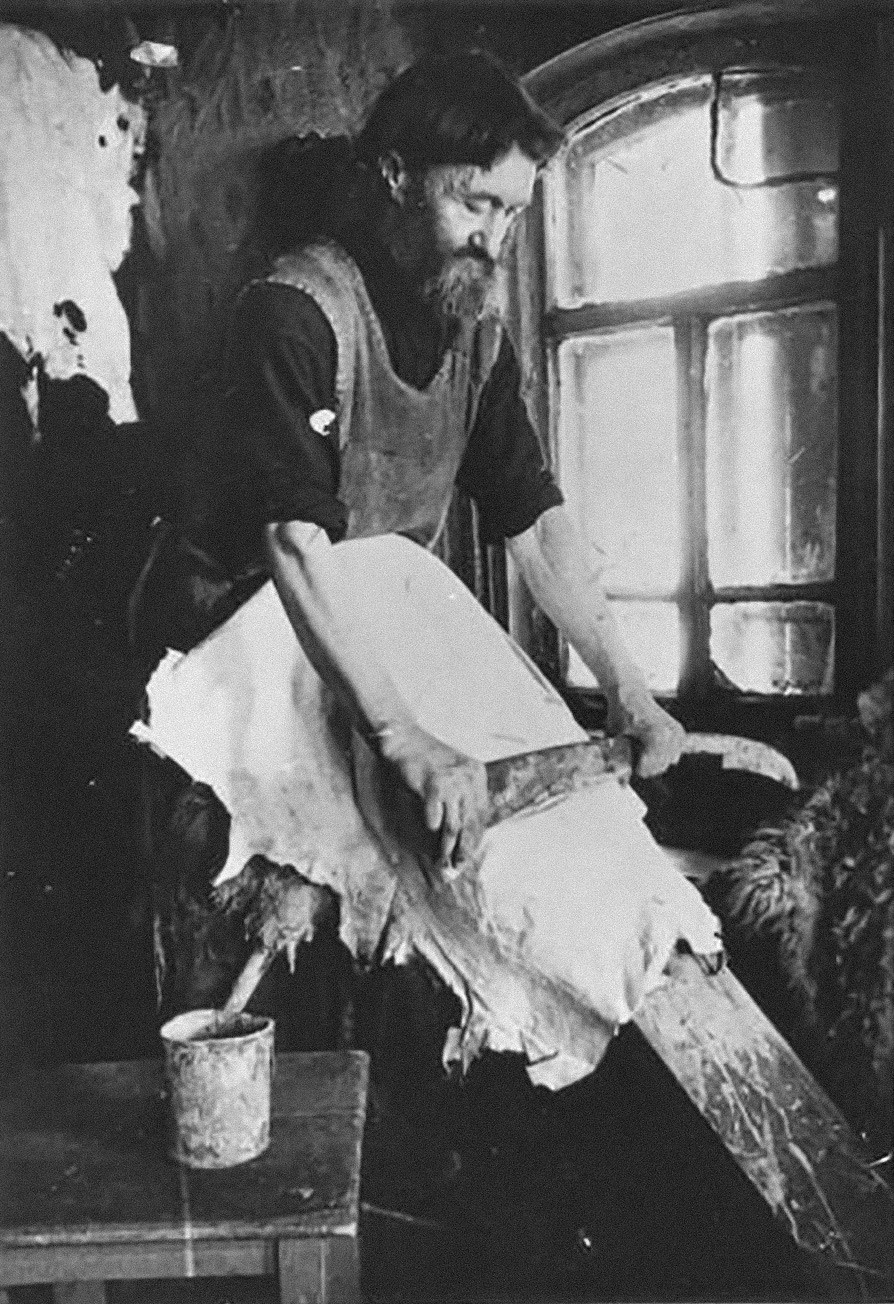 A peasant makes a sheepskin for warm coats for Red Army soldiers, 1941