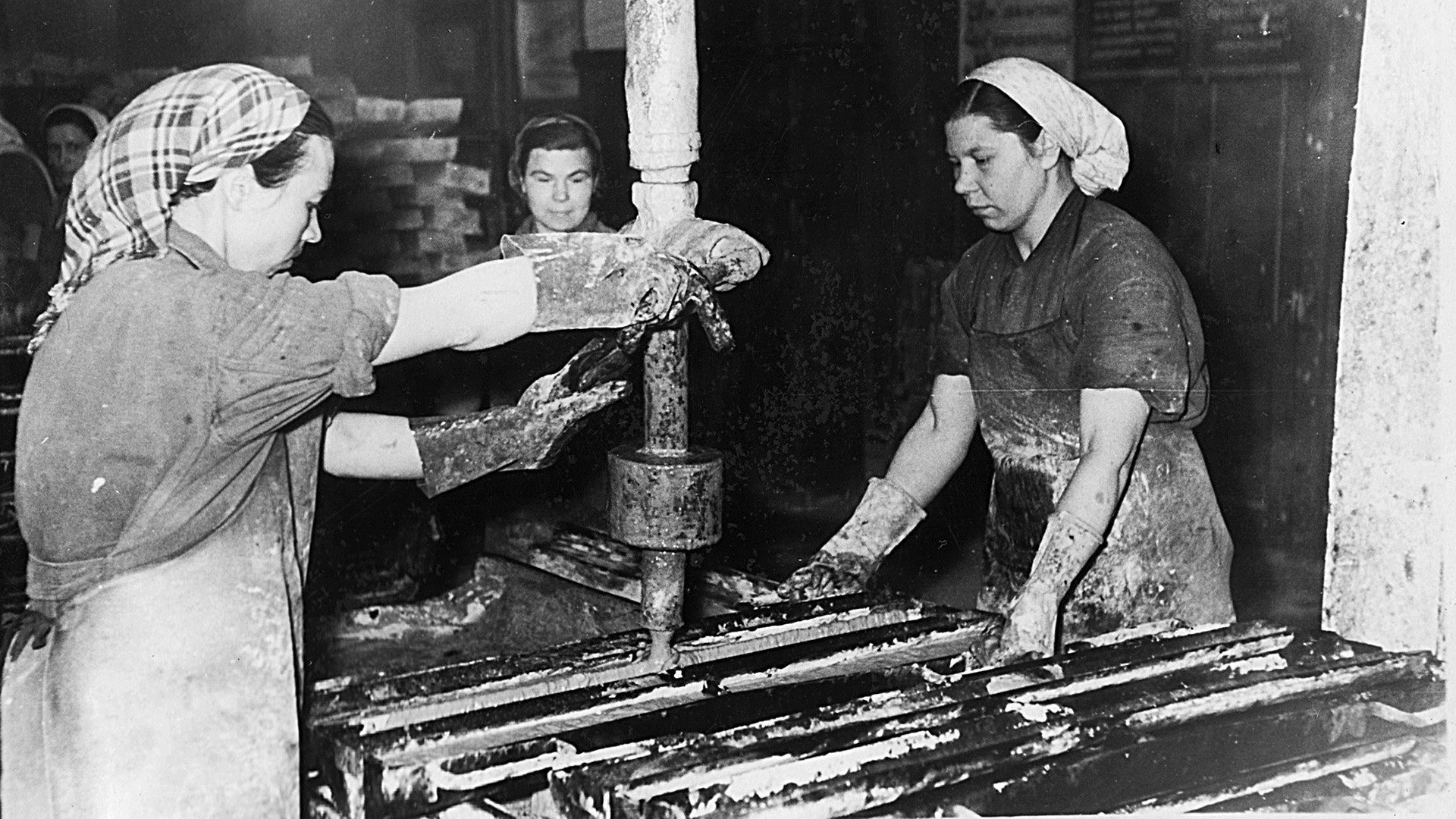 Russia in photo
The USSR had near-utopian levels of equality of the sexes. Women held high positions in government, academia, and the military, and worked in factories and major construction projects side by side with men.

Female labor was common in Russia even before the revolution, mainly in heavy agriculture. There were many cases of women giving birth right there in the fields, barely pausing to put down the scythe. Later, hired labor appeared, and people of peasant stock took every opportunity to earn some cash in hand. Remember Ilya Repin’s painting Barge Haulers on the Volga? Women were hauling barges as well. 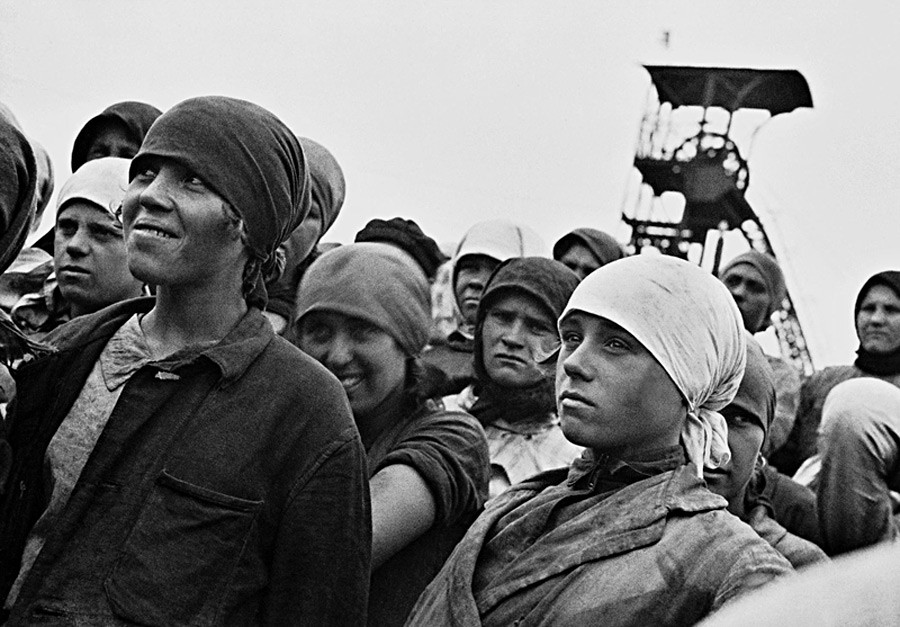 The Soviet generation was brought up with a love and desire for work. Children were able to work from the age of 16, but most of the time students and schoolchildren helped out at construction sites, farms, and other socially useful industries for free. The photo shows young workers at a mine in the Soviet region of Donbass. 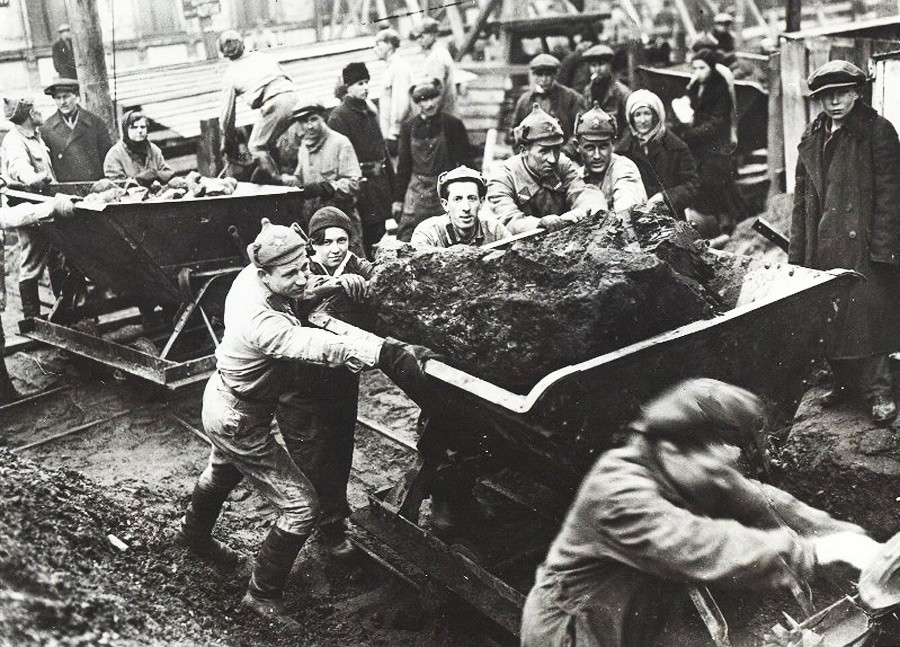 To be involved in building the Metro subway system was a dream and a privilege. Anyone who did so would be able to proudly tell their children and grandchildren about their vital contribution to society. 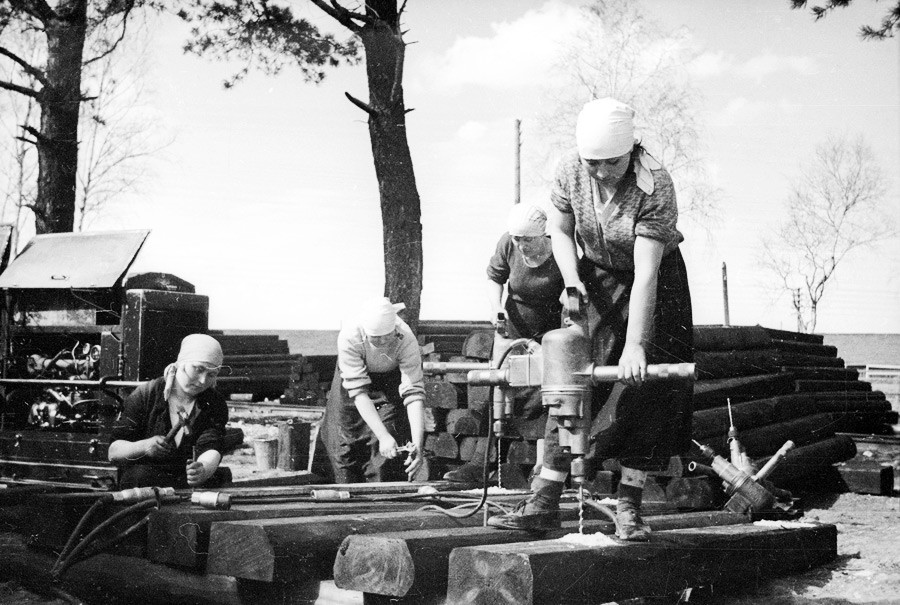 Many women studied at vocational schools and graduated in technical subjects. Anyone familiar with Soviet cinema will know that it actively romanticized the image of working youth. 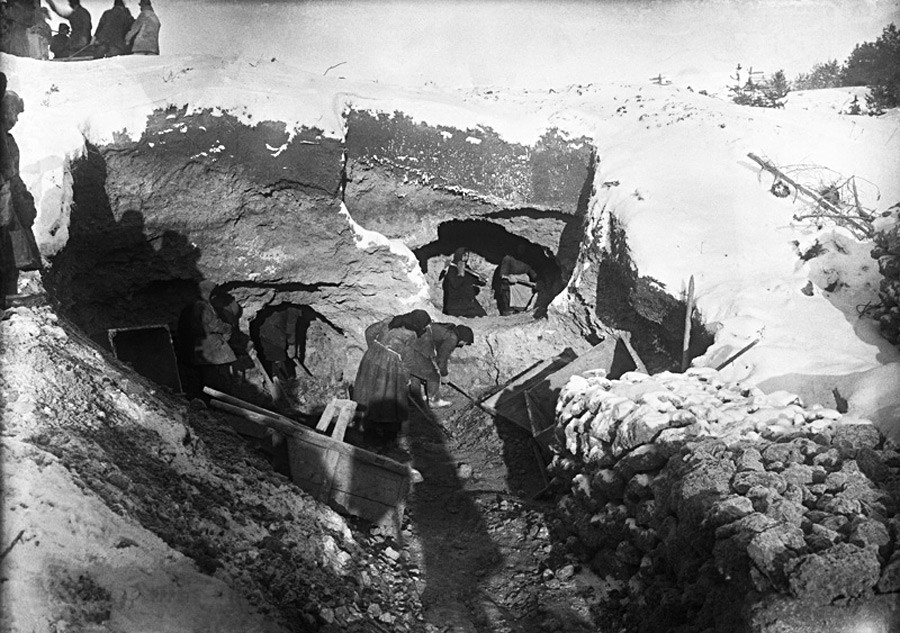 Industrialization, five-year plans, Stakhanovite record-setting – in the Stalin era, industry developed at breakneck speed. By 1940, the number of women employed in industry had hit 41%, up from 28% in 1929. 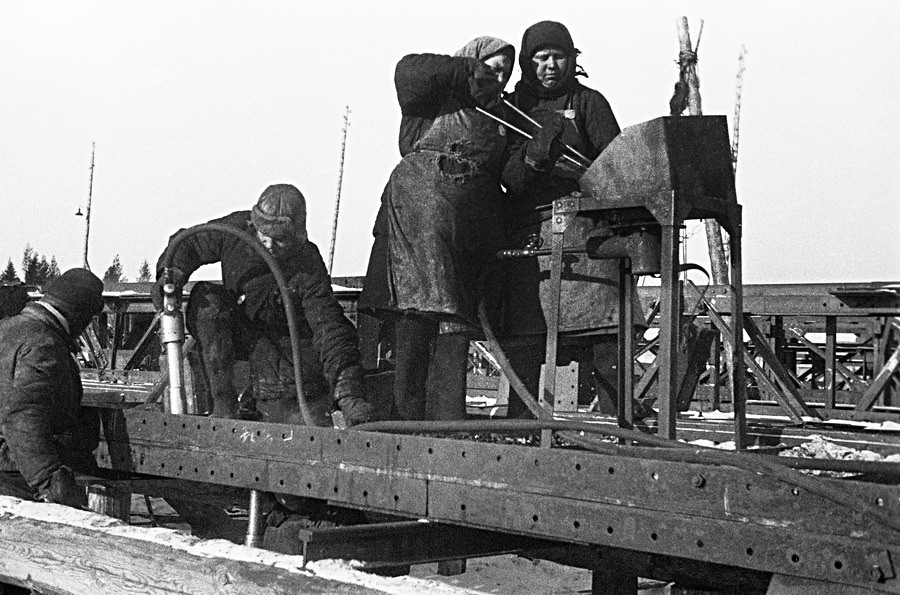 Mechanical engineering required special training and held great prestige among working professions. Uralmash is still one of the largest plants in Russia, producing hi-tech equipment for various industries from metallurgy and mining to energy.

6. At the Construction Site of the Dnieper-Bug Canal, 1940 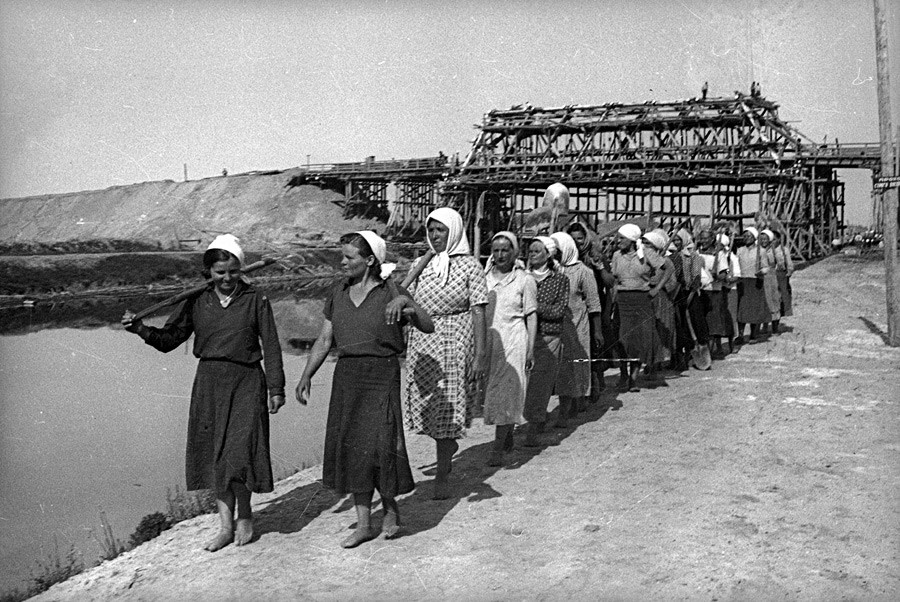 This is most likely a staged shot. It is difficult to imagine female workers in such dazzlingly white headscarves and light-colored dresses. Famous photographers and writers were often invited (or sent) to various construction sites for them to glorify the new world being built in the USSR. The most famous example is the praise that numerous artists and photographers heaped upon the White Sea Canal, despite it being built by gulag prisoners. The photo depicts a similar project, the Dnieper-Bug Canal (now in Belarus). 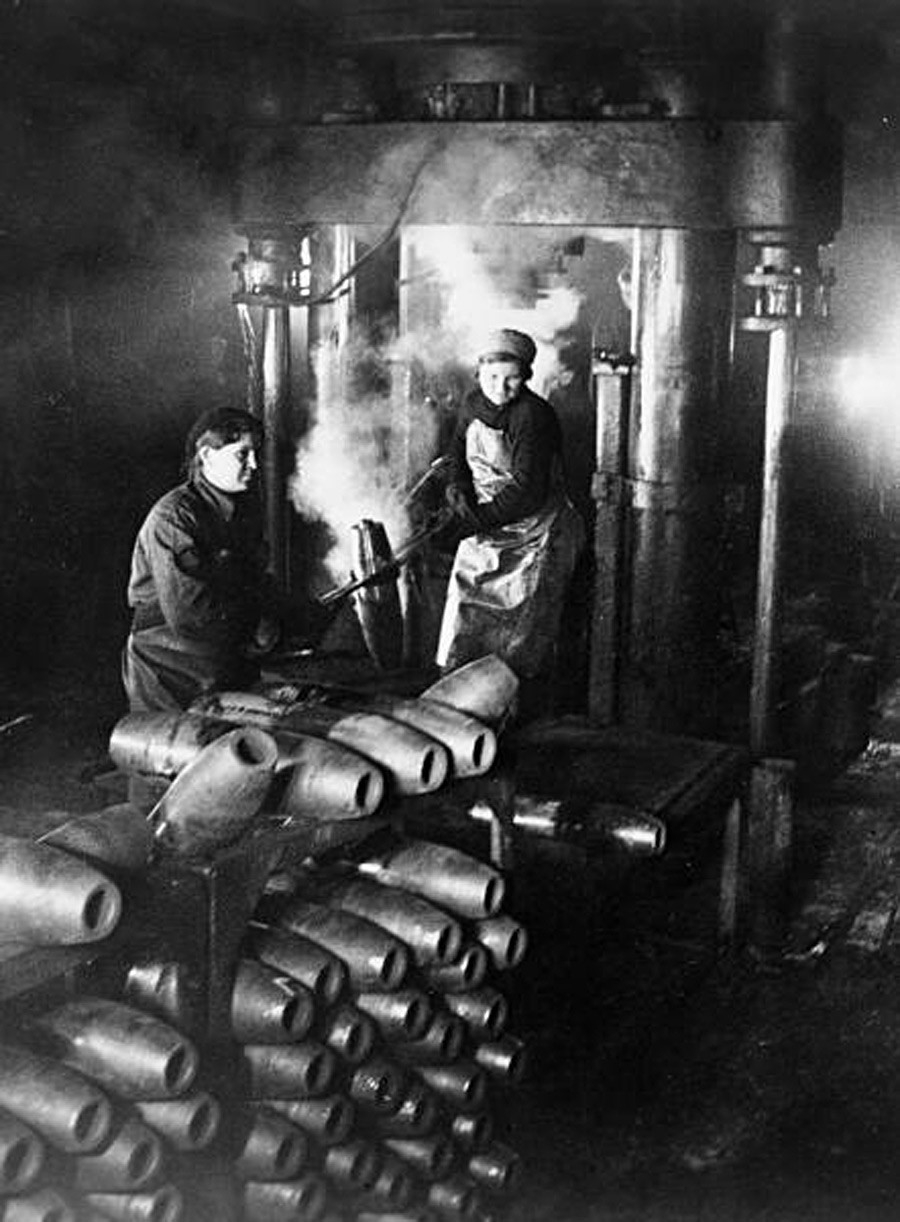 When WW2 broke out, the number of female workers grew 50%, replacing the men who had departed for the front.

8. Crew of Female Insulators at the Uralelektroapparat Plant, 1950 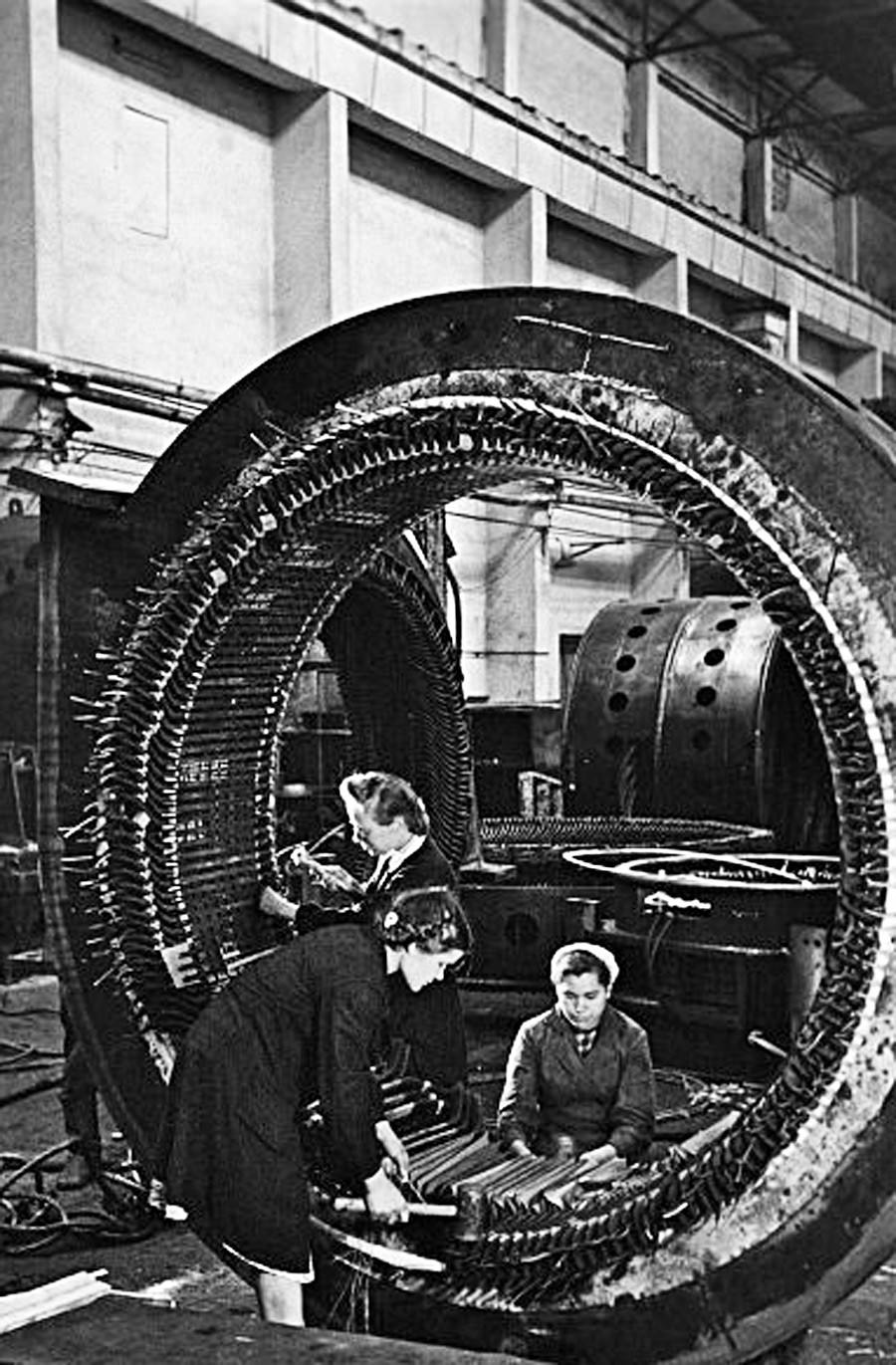 In the USSR, there was no concept of a non-female profession, and women were in no way viewed as the “weaker” sex. As we have seen, they worked in the most complex hi-tech and labor-intensive industries. 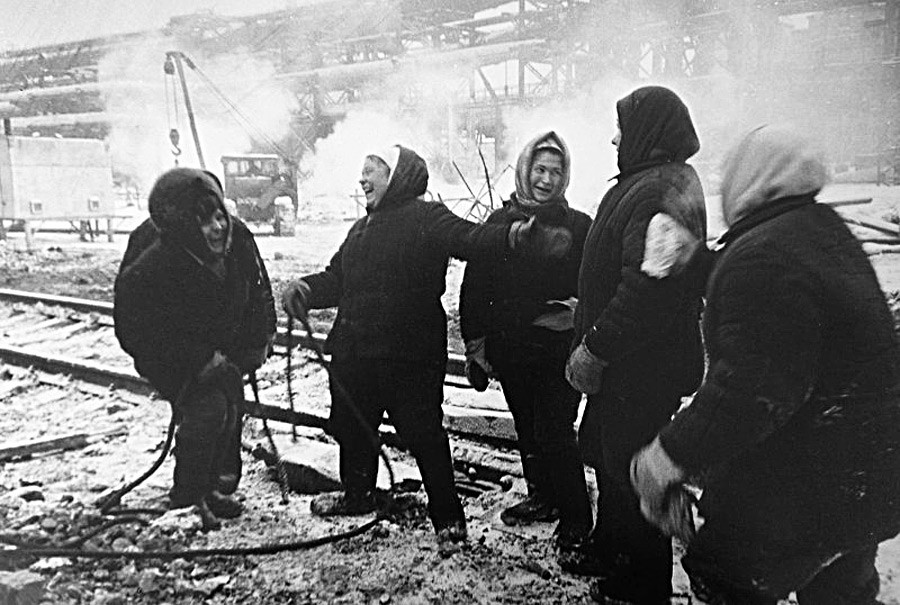 There was mutual respect between male and female colleagues. All addressed each other by the gender-neutral word tovarisch (comrade). And no one would have dreamed of making any physiological references of any kind. Feminism? The Soviet Union invented it!