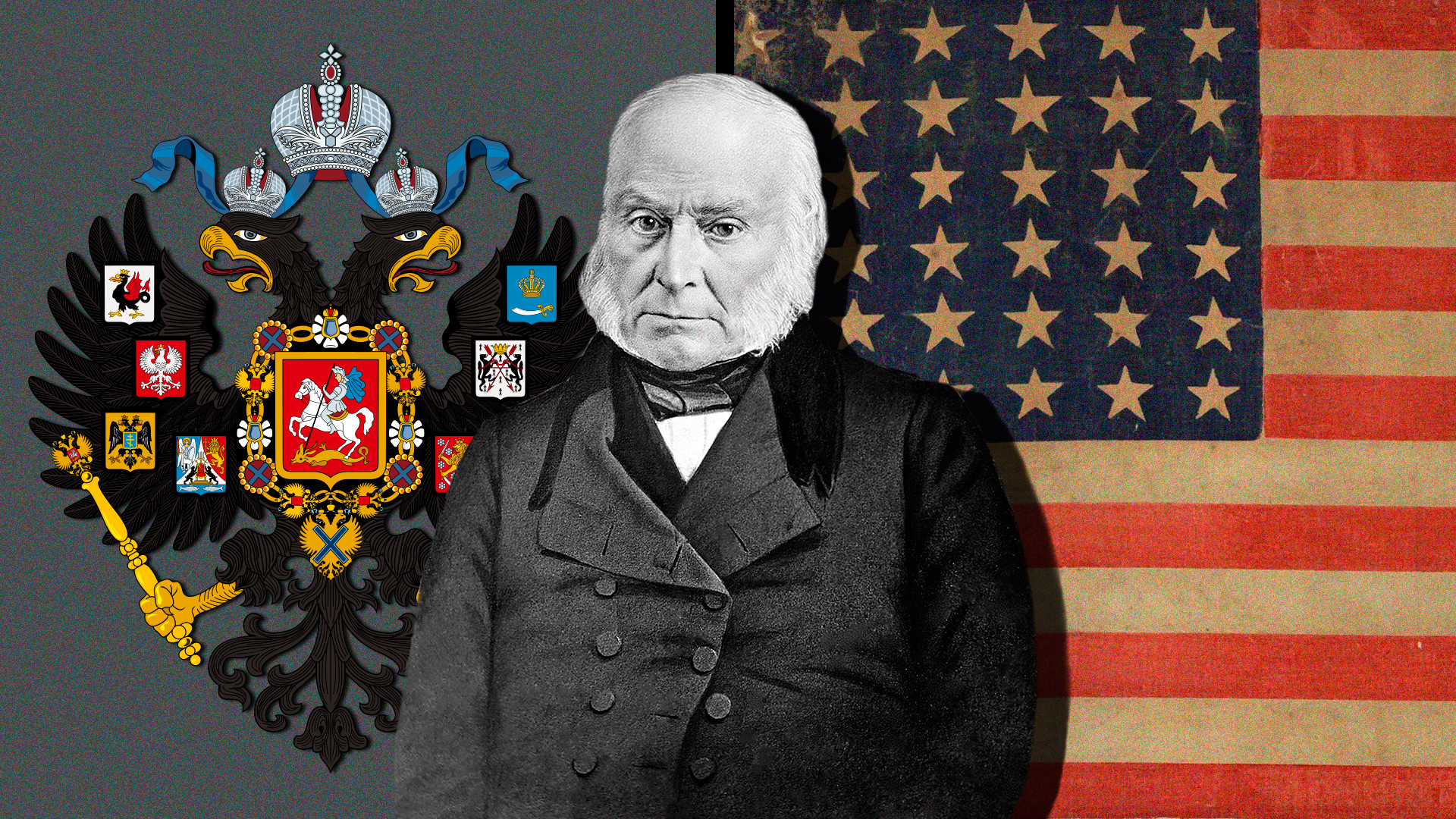 National Archives and Records Administration; Public Domain
Not many Americans lived in Imperial Russia and most who did were diplomats at the U.S. embassy. But there were exceptions, such as the U.S. Navy’s founder and one of America’s greatest artists. A few were prominent even before their arrival in Russia, but some, perhaps inspired by life in Tsarist Russia, went on to do great things once they returned to the U.S. 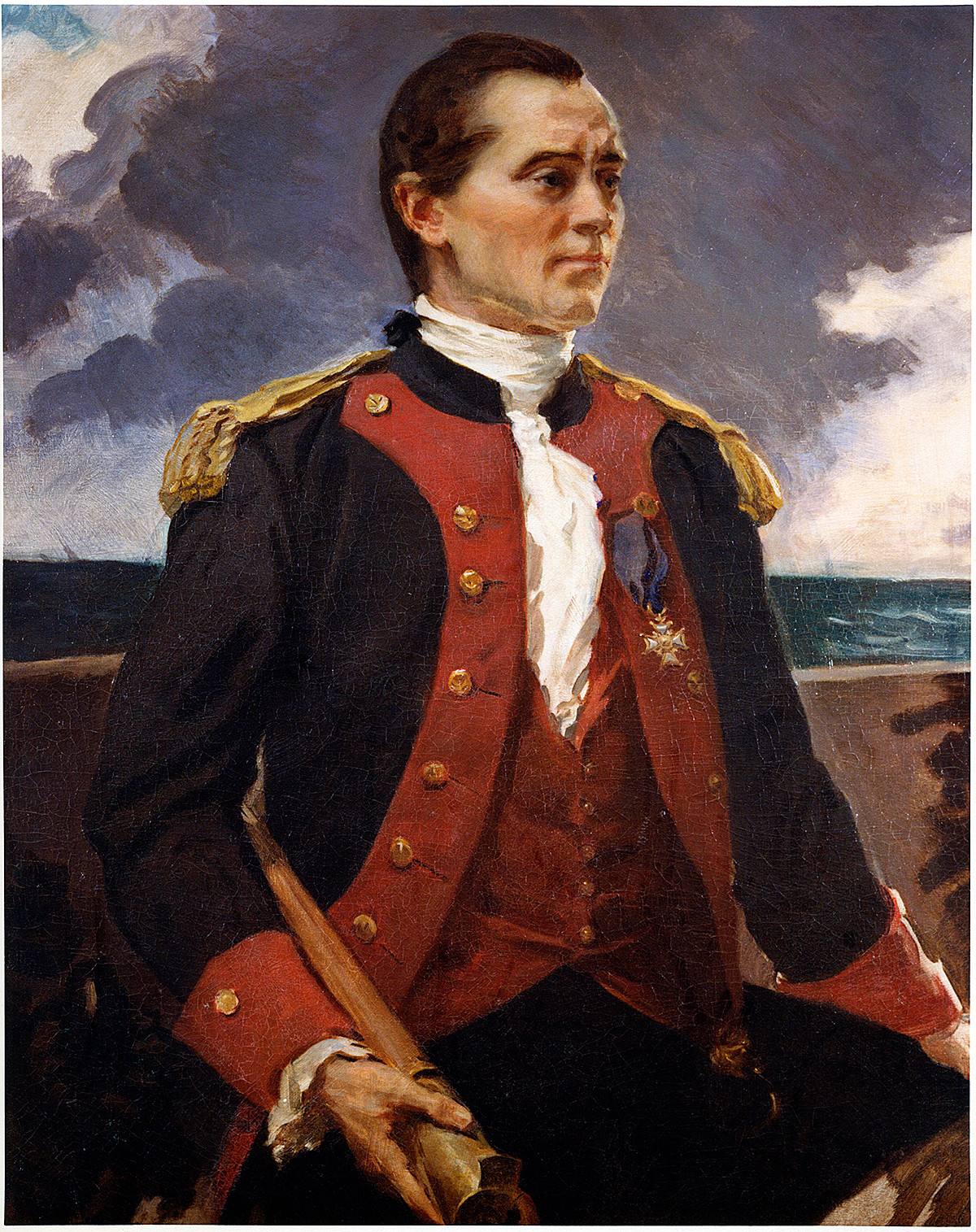 Jones was personally invited to Russia by Catherine the Great, because he had already achieved worldwide fame in the late 1770s for his naval victories. Born in Scotland, Jones first fought the English on behalf of American freedom, but he felt rudderless when the American War of Independence ended in 1783.

After the war, while in Paris, Russia offered Jones a commission as admiral and he was sent to the Black Sea to fight the Turks. Catherine wrote that Jones “will get us to Constantinople” and she called him Павел де Жонес (Pavel de Zhones). As admiral on the 24-gun flagship Vladimir, Jones repulsed Ottoman forces during the Battle of Ochakov.

Several ex-English naval officers also serving in the Russian navy, however, did their best to turn Prince Grigory Potemkin against Jones, who was then recalled to St. Petersburg. In June 1788, Jones was awarded the Order of St Anne, but told to leave Russia. In May 1790, he returned to Paris, still a Russian admiral with a state pension. He died in Paris in 1792, age 45, while France was caught in the upheavals of revolution. 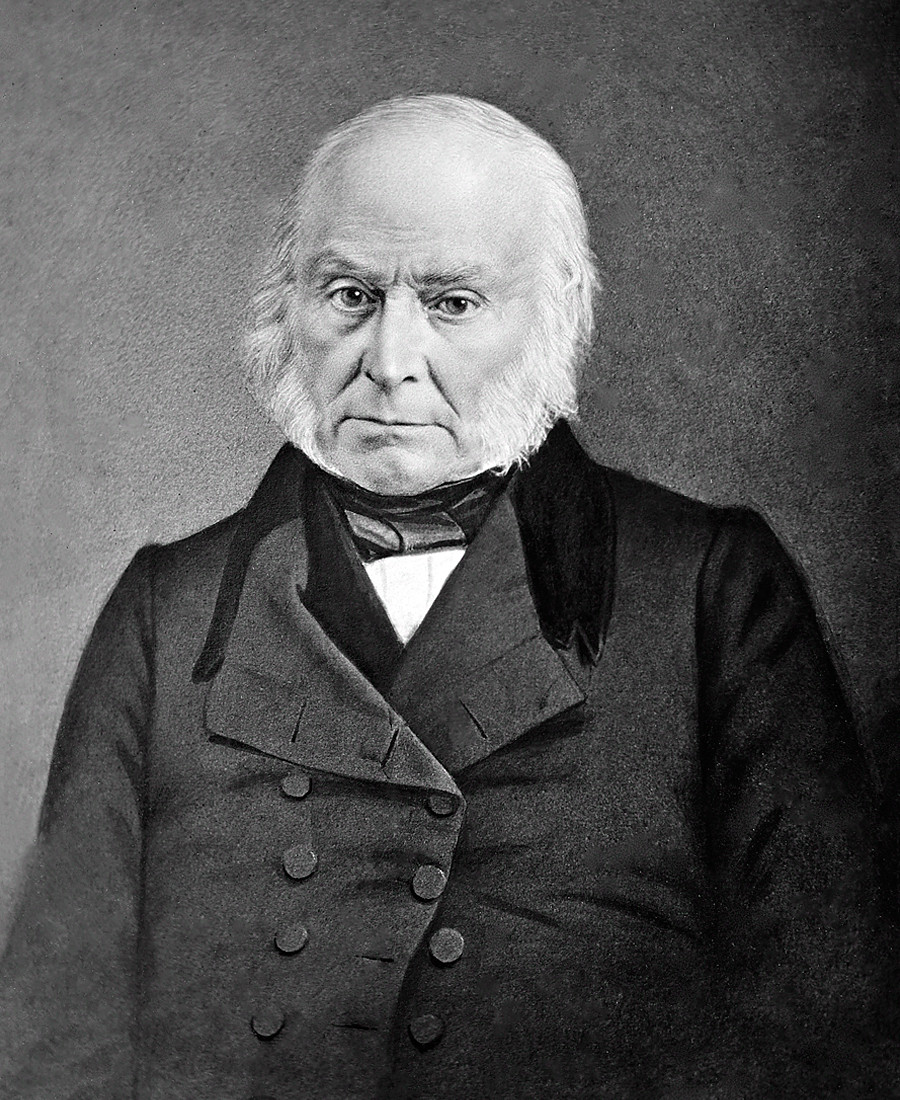 John Quincy Adams was the son of President John Adams, and he first visited Russia in 1781 as French-language interpreter for Francis Dana, who was chief envoy for the then unrecognized United States.

In 1809, Adams finally returned to Russia as the first official U.S. ambassador and was there during Napoleon’s invasion. He strolled along the banks of the Neva River with Emperor Alexander and visited the Observatory of the Russian Academy of Sciences in Pulkovo. Sadly, Adams’ infant daughter died in St. Petersburg, where she is buried.

Later, back in the U.S., Adams became a senator, a secretary of state and then president. Also, Adams helped dictionary author Noah Webster to obtain books on Russian grammar and vocabulary. Adams is also credited with launching Russian Studies in the U.S. 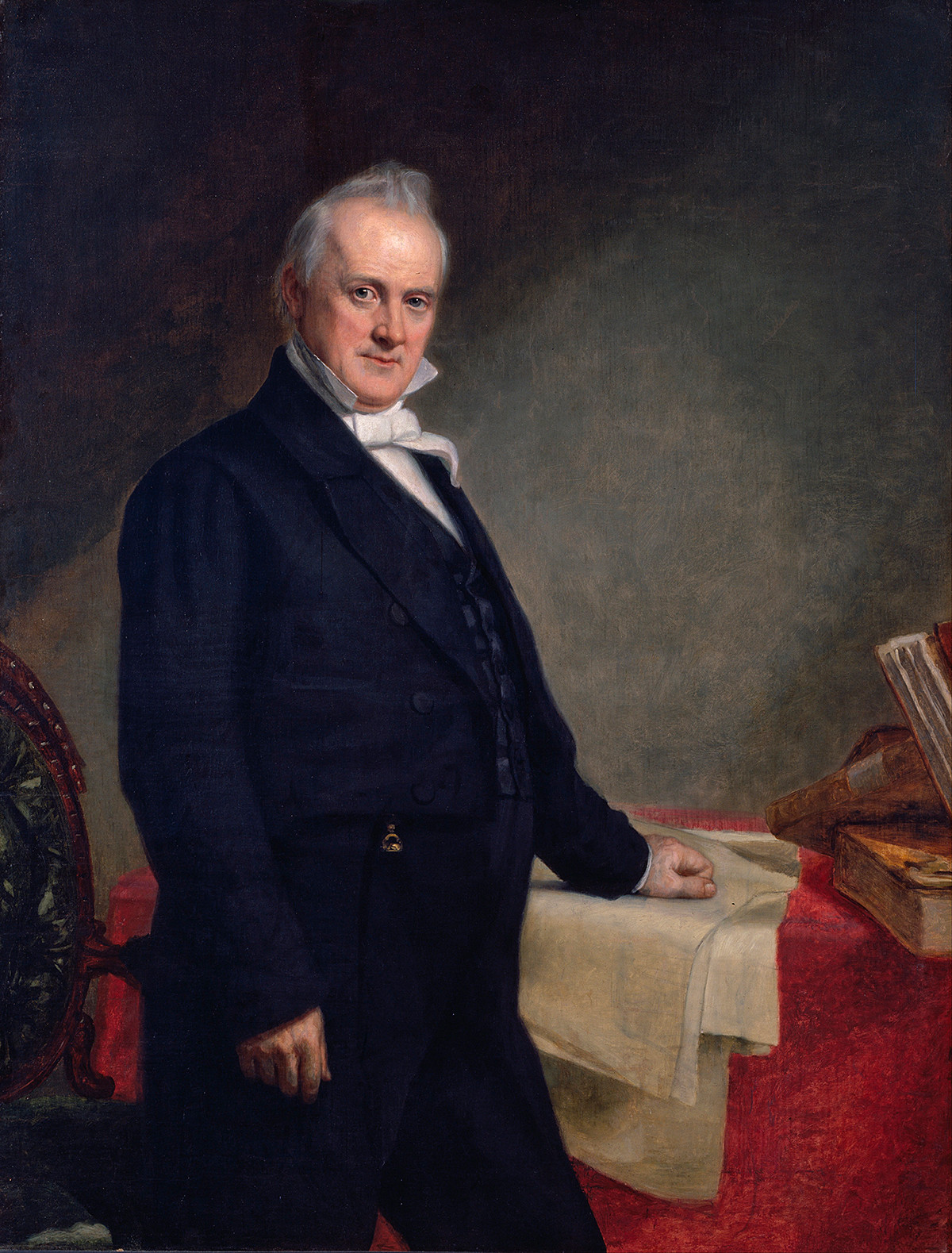 Born of Irish immigrant parents and a veteran of the war against the British in 1812, James Buchanan became ambassador to Russia in 1832. President Andrew Jackson instructed him to negotiate a commercial treaty with Russia.

Using his charm and skill, Buchanan convinced Chancellor Count Nesselrode to overcome opposition from both the Russian finance and interior ministers. So, a compromise was reached whereby the treaty had a provision for the extradition of Russian sailors who tried to desert while in American ports. Until the early 20th century, Buchanan’s treaty was the basis for commercial ties between Russia and the U.S.

“The friendly relations which have always been maintained between the United States and Russia have been further extended and strengthened by the treaty of navigation and commerce concluded on December 6, 1832… it adds new motives for that friendship which the two countries have hitherto cherished toward each other,” President Jackson told Congress.

After his two years in St. Petersburg, Buchanan later served as a three-term senator and then president from 1857 to early 1861, preceding Abraham Lincoln. 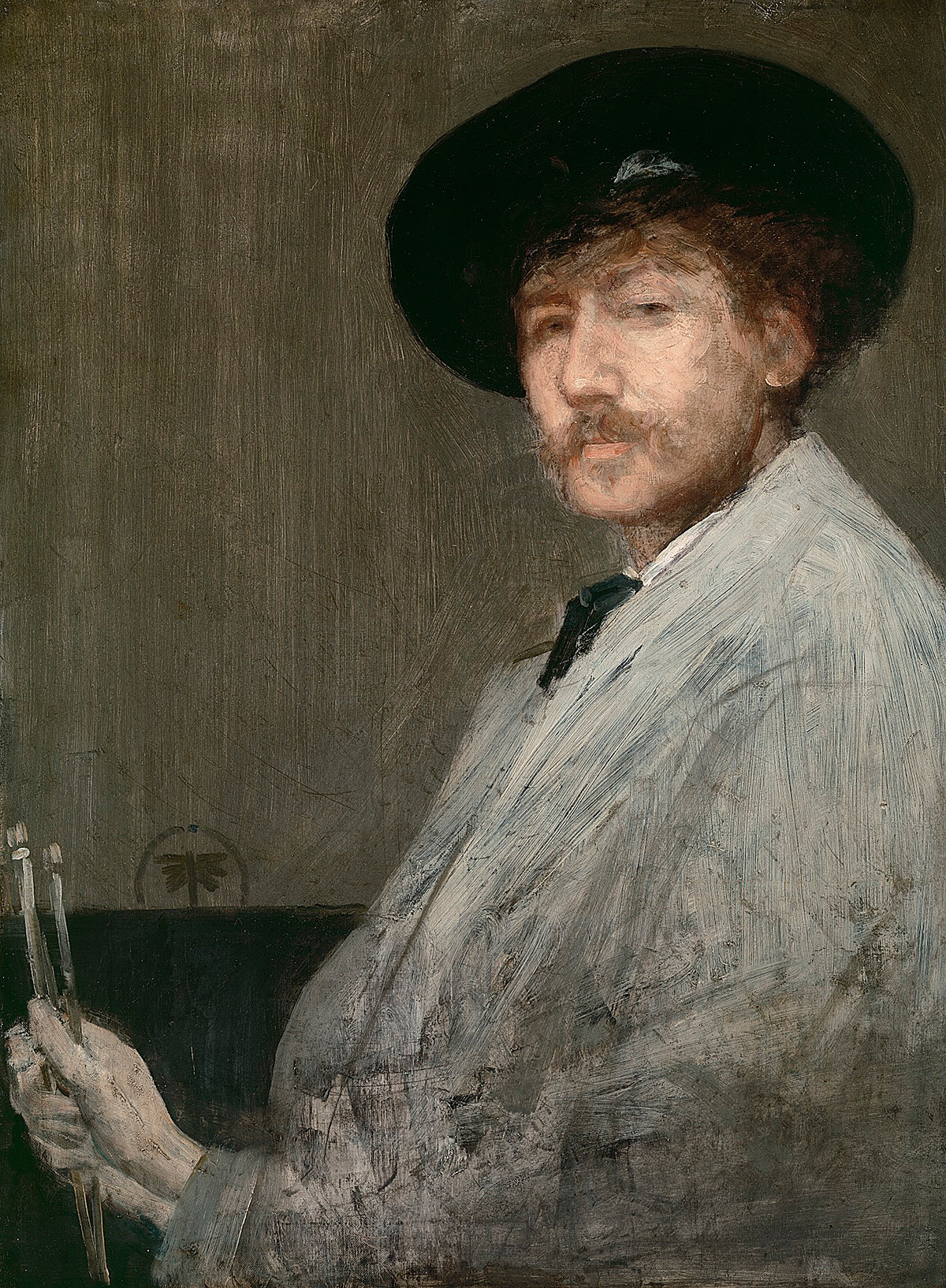 In 1842, George Washington Whistler, an American engineer, was invited to Russia to build the railway between St. Petersburg and Moscow. Starting in 1844, his son, future artist James Whistler, took private lessons at the Imperial Academy of Fine Arts in St. Petersburg with Alexander Koritsky, one of artist Karl Briullov’s favorite students and assistants.

Whistler’s mother later wrote that her son became acquainted with many Russian artists, and Briullov was a guest at their apartment on Galernaya Street. Also, the young Whistler enjoyed family outings to Tsarskoe Selo and Peterhof, and he saw Briullov's famed ‘Last Day of Pompeii’ at the Academy of Fine Arts, as well as seascape paintings by Ivan Aivazovsky.

Russia influenced Whistler to make Art his profession, and during his time in Russia he started to paint. “I hope, dear Father, you will not object to my choice, a painter, for I wish to be one so very much,” the young Whistler wrote in a letter to his father.

While Whistler’s father was paid well by the Tsar for his work on the first St. Petersburg to Moscow railroad, the family’s time in Russia was marked by tragedy. Two young Whistler children died there, as did their father, and in 1849, Whistler and his mother departed Russia, taking the three bodies with them.

From his new home in London the young Whistler continued to send his admiration to his Russian art teacher, Koritsky. Though he remained in Great Britain, Whistler went on to become one of the greatest American artists. 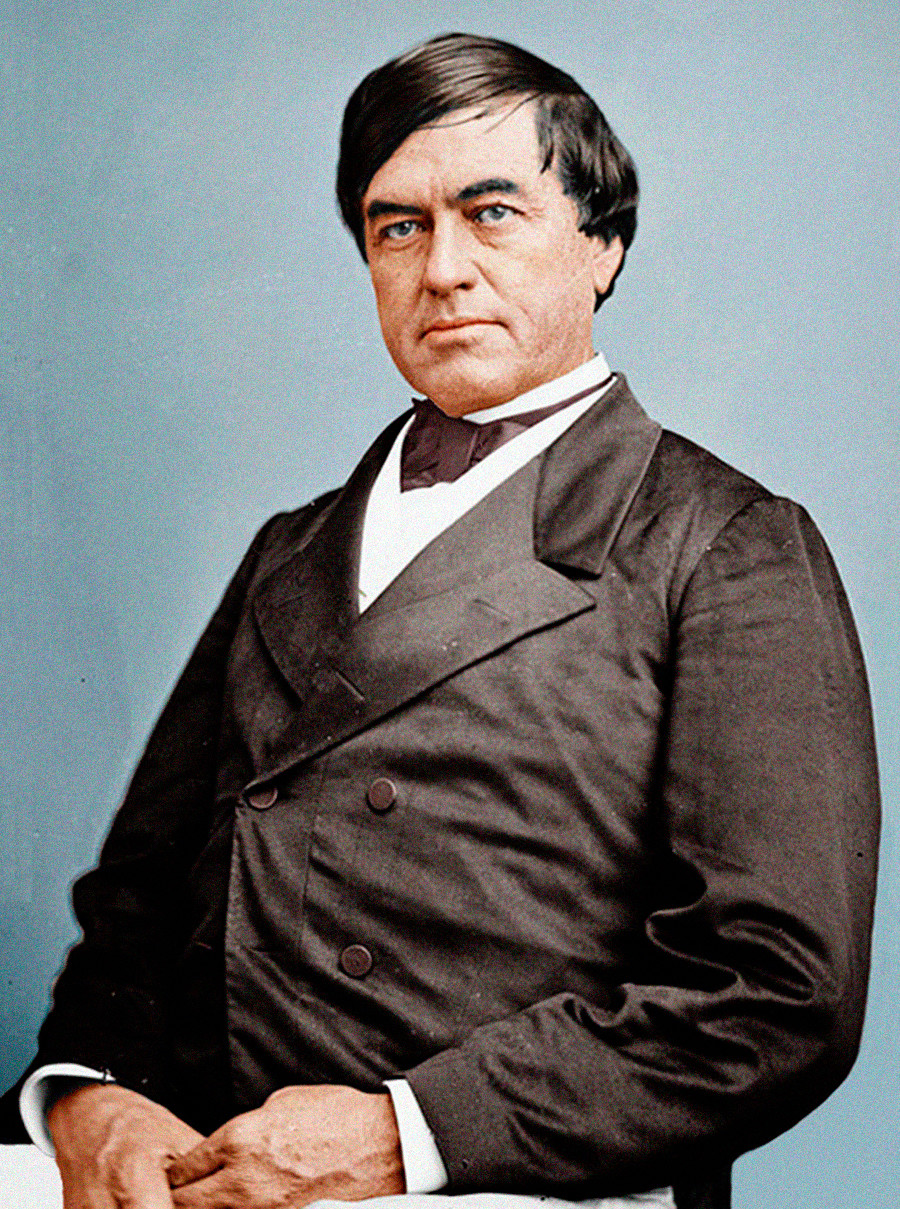 During the 1840s, Clay was elected to Congress from pro-slavery Kentucky, but eventually his anti-slavery views cost him his position and he faced two assassination attempts by local Democrats. A dashing figure, Clay carried a knife and two pistols for protection.

A founding member of the Republican Party, Clay helped to elect Abraham Lincoln as president in late 1860. He then served as Lincoln’s ambassador to Russia, witnessing the Tsar’s edict that freed the serfs. In fact, Clay was ambassador to Russia twice: first from July 1861 to June 1862, and from May 1863 to October 1869.

Most importantly, Clay secured Russian support during the Civil War, and he had warm feelings toward Russia, believing the two nations were united by more than geopolitics. After the Russian fleet returned from its successful visit to the U.S., Clay said the warm American welcome had been recognition of our “common cause in the advancement of humanity”. 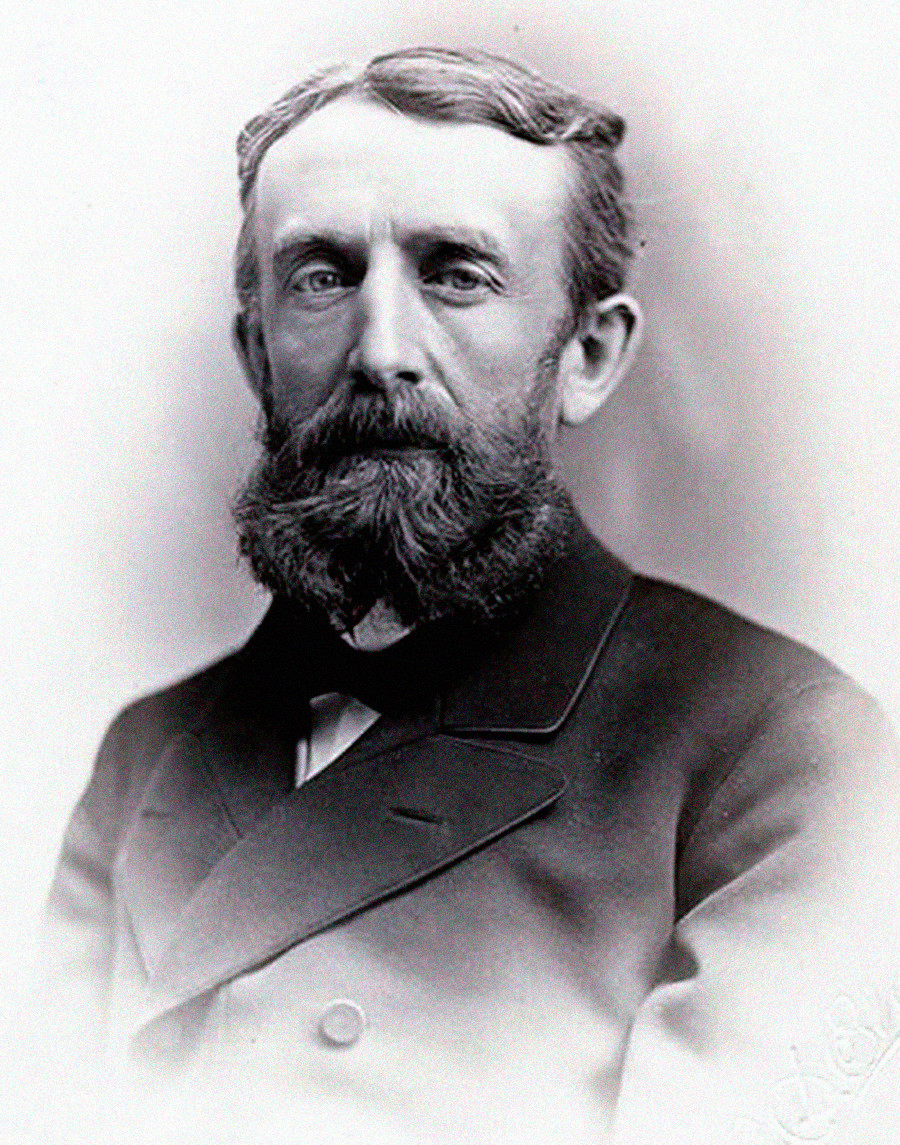 After graduating Yale in 1853, White became a junior attaché at the U.S. embassy in St. Petersburg. In his memoirs, White provides many details about Imperial era ceremonies and events, such as the death and burial of Tsar Nicholas I, as well as the accession of his son, Alexander II.

In March 1855, White visited Foreign Minister Nesselrode’s country villa and later wrote that he was impressed with its beauty and variety of plants. On April 22, 1855, White inspected the prestigious Cadet Corps, visiting the dorms and classrooms and remarked: “We commenced our tour about the immense institution in which are educated boys of all ages for the army.”

After some time in Russia, White returned to the U.S. and, in 1865, realized his dream for a state university in New York by founding Cornell University. Later in life, he returned to Russia as ambassador (1892–94), which came at a time of famine in the Volga region. White helped coordinate the activities of the ‘Russian Famine Relief Committee of the United States’, which supplied American grain to stricken areas.