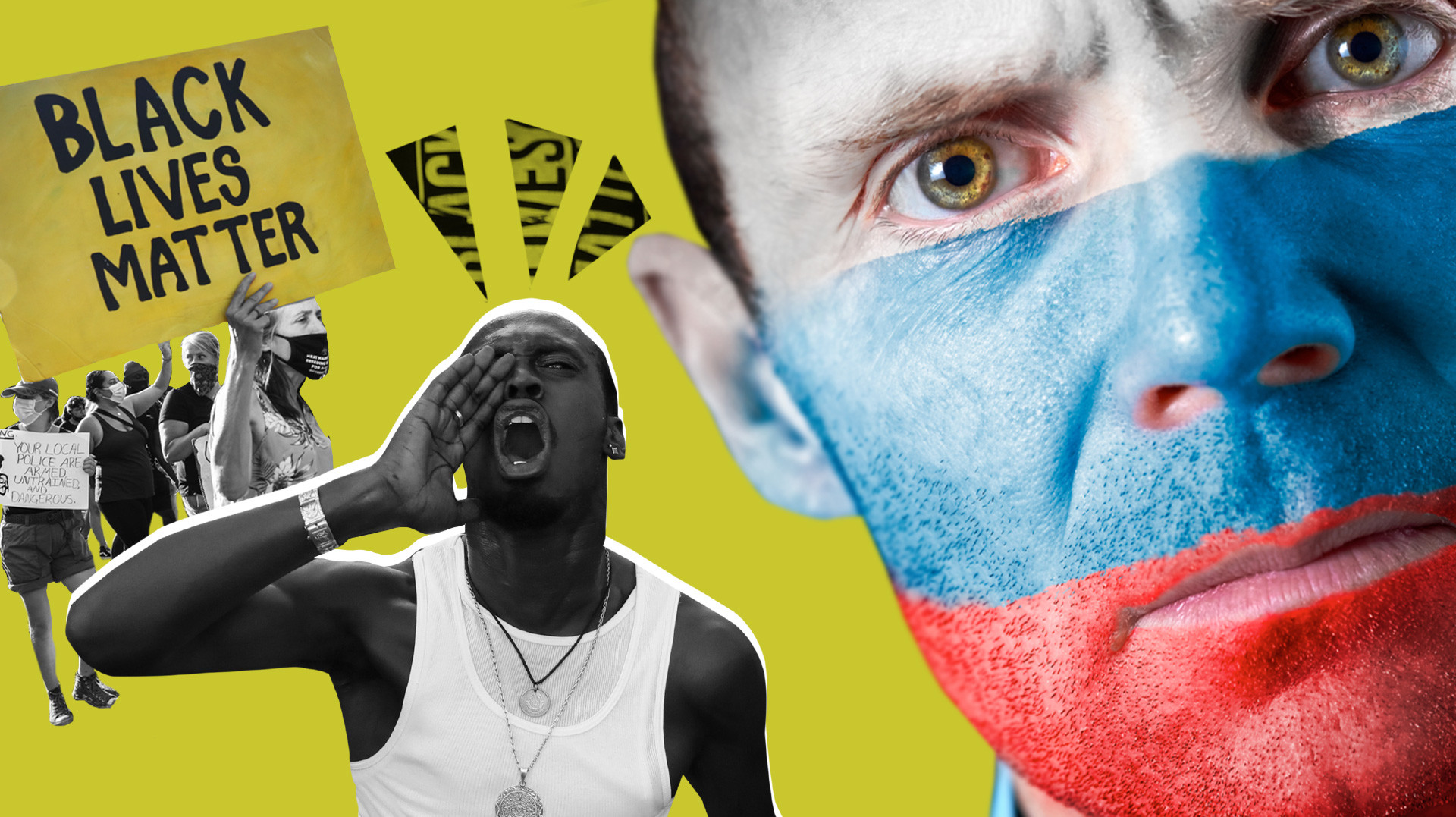 AP, Legion Media
An American writer living in St. Petersburg speaks about his experience talking to Russians and explaining the real reasons behind the Black Lives Matter movement.

Four years ago, around the time I was settling into life in Russia, a woman asked me about racism in America. She said, “We don’t have that here in Russia because we enslaved each other.”

When I asked what she meant, she said, “Well, it is not like I can look at my neighbor and say: you, your ancestor enslaved my ancestor, and so it is your fault. We are all the same, so it is nobody’s fault.”

I didn’t know her too well but I couldn’t help saying, “You know, that isn’t really what racism is about in America. It is a part of it, but it’s not like ‘my ancestors enslaved your ancestors, so: racism.’ America is still a very racist place. It was built on a foundation of systemic racism, from slavery, to segregation, to the institutional racism we have today.

She said that she didn’t know what systemic racism was, so I explained as best I could: “Imagine America is a house with many floors. Everyone in America is born into that house with the goal of getting to the roof where everything is grand and people have buckets of money and success.

“Now, most people never make it to the roof, or even close. Most people spend their lives trying to climb up a few floors to drop off some progeny in the hopes that they will climb higher. The problem with systemic racism is that, while white families are often born a few floors up, most black families are born in the basement. And this is a funny house where the higher you go, the easier it is to climb, with more open doors, and people to help you along the way. In the basement there are mostly locked doors and mazes where no one shows you where to go.

“Even if everything were equal now, which it isn’t, it wasn’t more than a single generation back that laws openly kept black people down in that basement. This means that inherited property and wealth, the prosperity of neighborhoods, and the access to higher education and services only started a generation ago. So, white people have had a six or seven generations head start up the stairs of this house. And if all of the power is at the top, who do you think is still making those rules?”

At which point she crossed her arms and said, “Yeah, well, what about Obama, then?” 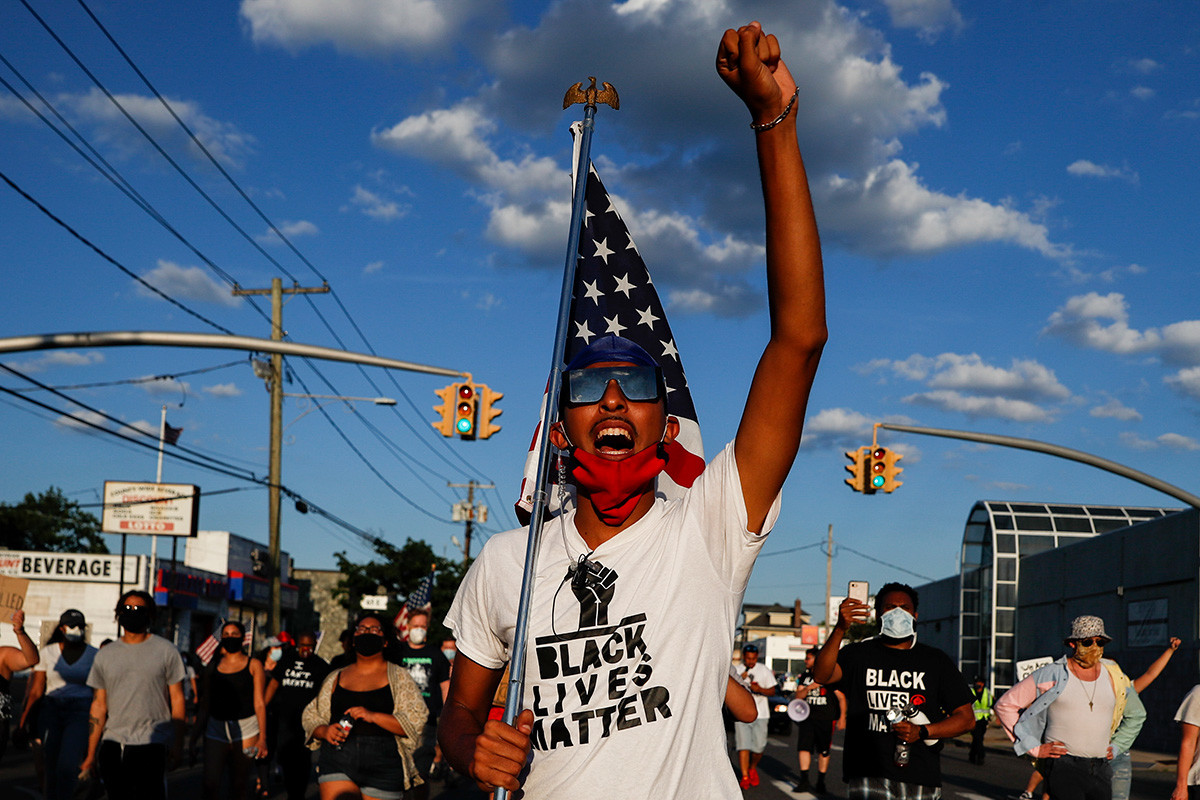 This would not be the last time I’d have this conversation, or similar ones, with Russians, who in my experience, are genuinely curious about things and don’t shy away from asking questions. It is a respectable quality that leads to Russians being a lot more well informed on a variety of topics, while other cultures that don’t express this bold curiosity aren’t as educated.

When I told my friend about the house it would have been much more convenient if I could have downloaded the past 300 years of American history into her brain along with statistics on systemic racial discrimination, but I was working with what I had at the time. Now, as the dialogues around these issues have become a worldwide fascination, I have found a lot of Russians acting more sure-footed in their comments about race. Interestingly, the majority of the comments I’ve received go a little something like this:

“America doesn’t have racism anymore. It was a problem before when black people weren’t allowed into the same places as white people, but not anymore.”

This was news to me. I learned at a young age from black friends that things weren’t so lovely as American conservatives like to pretend. Even in the 90s, in very liberal Massachusetts where I am from, there were instances of burning crosses and bricks being thrown through windows of my black friends’  homes.

Today, the KKK, a historically racist organization, is still limping along in many places in the U.S. Disproportionate police brutality and openly racist public behavior is still quite common. This isn’t to mention the persistent violence against black people (up to and including murder) regularly documented by witnesses’ cell phone videos.

The stench of racism in America is only a scratch and a sniff away. So, when some Russians told me America isn’t racist anymore, I had to ask: Where are you getting your information? And, without fail, I was sent links to YouTube videos, Reddit posts, and conservative blogs.

Then, even more curious, I asked if they’d ever talked about these things with an American black person. Not a single one had. This isn’t to say that there aren’t well-informed Russians out there with a plethora of black friends to call upon who still believe these things, but they seemed starkly absent from the conversation.

When I asked some Russians why they thought the prison system in America was disproportionately black, I got the response of “thug culture encourages this behavior.” However, statistics show that white and black people do drugs at almost the same rate, so why would the number of black people in prison for drug charges be so exponentially higher, unless, for some reason, black people were targeted and searched exponentially more often, which is exactly what happens. 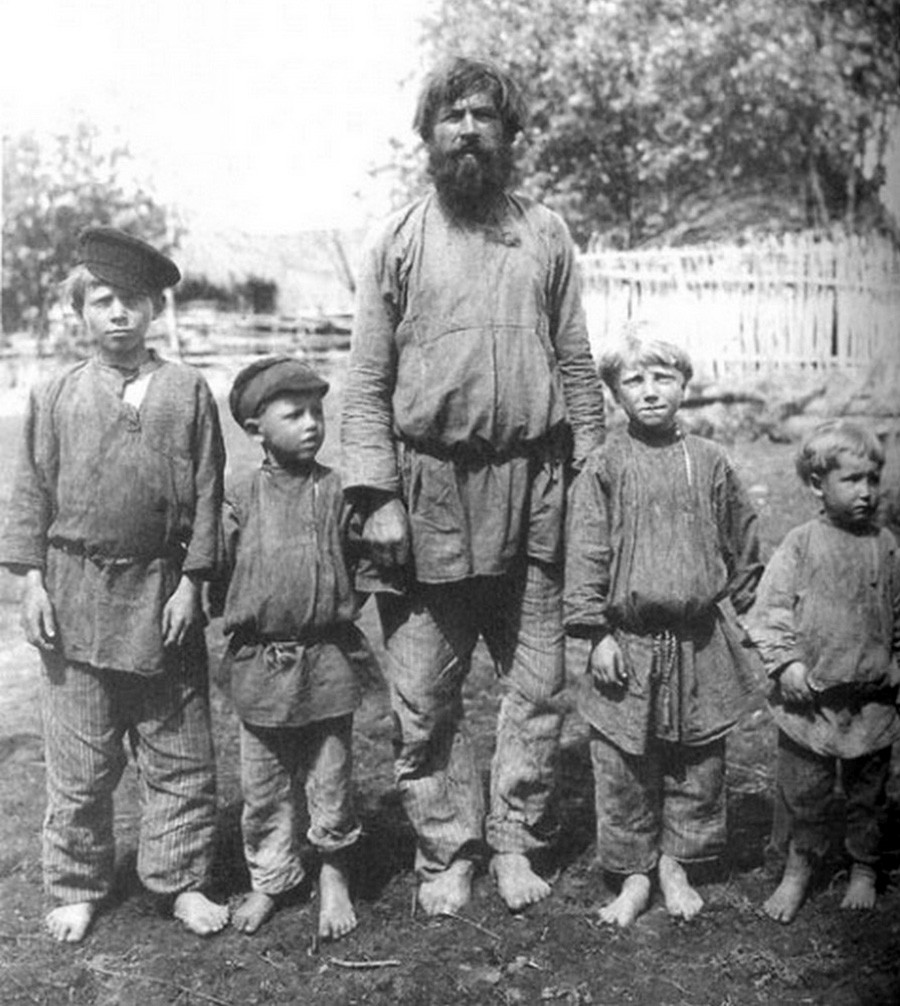 I reached out to some other Russians who have openly shown support for the Black Lives Matter movement to ask why they thought so many other Russians were unaware of the existence of American racism. Nikita, from Moscow, had this to say:

“I think the reason that we (Russians) don’t see it is that, in our life experience, racism is just not a form of discrimination we often face. In fact, one could live their life without facing it at all. Many people don't know any black people personally and think of racism as an American problem that takes its roots from slavery. Even though many of us have grandparents who would say something like ‘Blacks are animals'’, we would think ‘They're old and ignorant and I'm progressive, I'm not racist.’ To understand racism, a Russian person would need to travel around the world, get to know people who are suffering from this problem, have a conversation, and do their research. These videos on YouTube of rioting and looting are just action shocking bits that people would watch with more interest than long boring but truthful and detailed analysis of systematic racism.”

Elena from Saint Petersburg said: “I think these ideas are from young stupid kids who don’t really understand what racism is. There wasn’t this kind of social inequality here in Russia, ever. There was Krepostnichestvo [serfdom - Russia Beyond], but it was abolished by the Tsar in 1861. So no one really remembers what slavery is. Then in the Soviet Union it was socialism, and everyone was equal. But all of the problems now have little to do with slavery. I think it’s because we had a long socialist past, which really made everyone equal. They even killed and shot those of high rank. In Russia, there is that tendency to look at America and assume racism is the same as in Russia, how people are disrespectful toward people from places like Azerbaijan, Armenia, Georgia, etc. I think one third of Russians think America has some common features with this, another third thinks it's the same, and the last third doesn't give a sh*t about racism. Actually not even one third, but a much larger group of people don’t give a sh*t. In my opinion, people are having an opinion because it's mainstream, and they are greatly influenced by the West since they are all on social media. Not because they really understand what is going on. They just want to be 'in this trend.’”

It would be impossible to put a fraction of the scope of systemic racism into one article. But the time and effort to learn about it is important for anyone to go through before committing to an opinion that looks down on a whole race of people. With the BLM movement in America, everyone feels like they need to form an opinion fast and nothing is faster than a quick Reddit thread or YouTube videos of conservative talking heads to make you feel certain.

TIME Magazine writer Justin Worland summed it up in a recent article, “America's Long Overdue Awakening to Systemic Racism,” pointing out some hard realities that everyone, not just Americans, should realize:

“To actually capture all the ways in which the system is skewed against black people would require tome upon tome. But even a short list feels very long: black women are three to four times as likely as white women to die in childbirth, in part because of a lack of access to quality health care; black children are more likely to attend under-resourced schools, thanks to a reliance on local property taxes for funding; black voters are four times as likely as white voters to report difficulties voting or engaging in politics than their white counterparts, in part because of laws that even today are designed to keep them from exercising their basic democratic rights; millions more have been disenfranchised because of felony convictions; hurricane flooding has been shown to hit black neighborhoods disproportionately...”

Long-read articles and libraries worth of books on both individual and systemic racism don’t make good viral material. A series of tweets or out-of-context video clips, dominoes of confirmation bias, seem to be all that many people, not just Russians, feel is enough to condemn a movement and play deaf to the suffering of a group of people.

A lot of Russians I’ve spoken to cited clips of violence from the recent protests in America to justify their opinions. Even though these acts of violence are committed by fringe groups. Even though that behavior is condemned by the majority of protestors. Even though I’d suspect if you and your family were born into that house, down those stairs, through the maze, being behind a locked door for generations, then no one would blame you for wanting to burn that fucking house to the ground.

Benjamin Davis, an American writer living in Russia, explores various topics, from the pointless to the profound, through conversations with Russians. READ MORE: Why don't Russians smile?