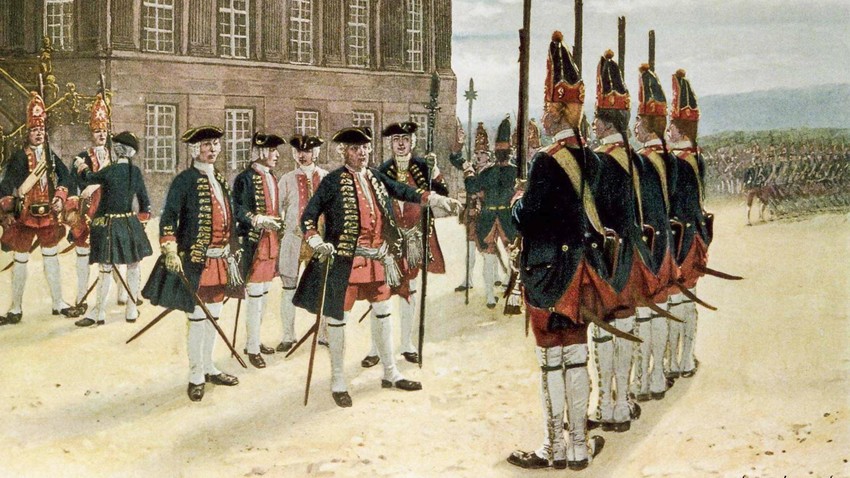 Archive photo
These Russian soldiers were given to the Prussian king as ‘human presents.’ Most of them never returned home.

“The most beautiful girl or woman in the world would be a matter of indifference to me, but tall soldiers – they are my weakness,” said Frederick William I of Prussia (1688-1740), who was 5’5” (165cm), and was obsessed with everything big and tall. One of his famous quirks was creating his own personal regiment of extremely tall men, known to history as the “Potsdam Giants.”

Peter the Great knew of Frederick’s passion. After the 1716 negotiations on the alliance of Russia and Prussia against Sweden in the Great Northern War, Peter sent home a letter to the Governing Senate (a council of officials that ruled the country in the absence of the tsar), ordering to find 200 Russian “tall muzhiks” to be sent to Prussia to serve the king. 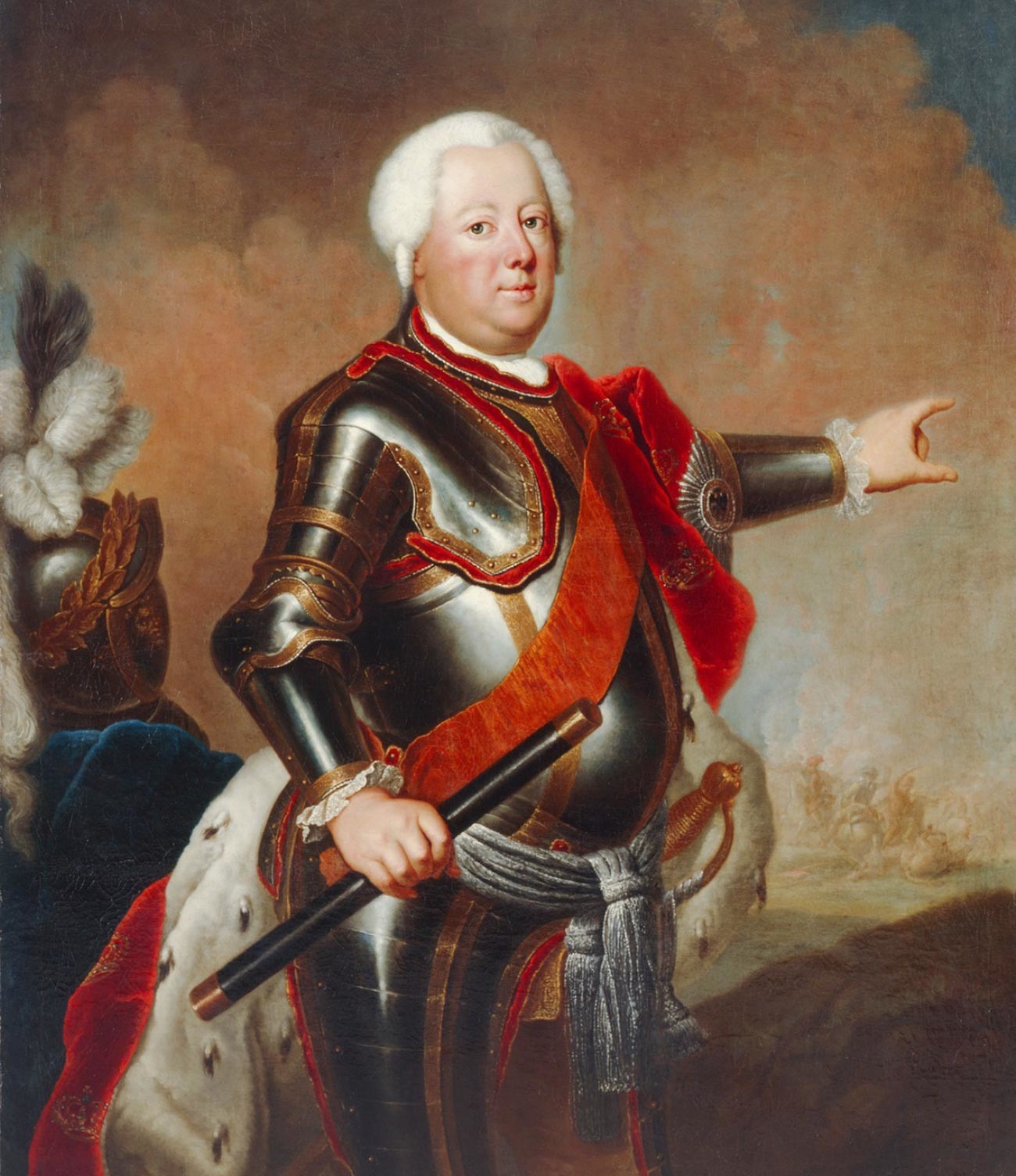 Along with the letter, Peter sent a paper ribbon that defined the minimum necessary height – 193.5cm (6’3”). The Senate then issued an order to find 211 men of such height or taller, no older than 50 years, in different parts of Russia.

Only about 60 men of necessary height were found , and 54 or 55 of them indeed were sent to Prussia in 1718. Along with the men, Peter sent to Frederick a wooden goblet carved by Peter himself, and a lathe machine. The presents and the men were given to Frederick during a pompous ceremony. Alexander Golovkin, Russian ambassador to Prussia, wrote that “His majesty accepted the presents with great gratitude, joy, and curiosity. He praised the arms, the uniforms and the stance of the men. He ranged the grenadiers by their height and sent them to Potsdam immediately.” What was their fate there? 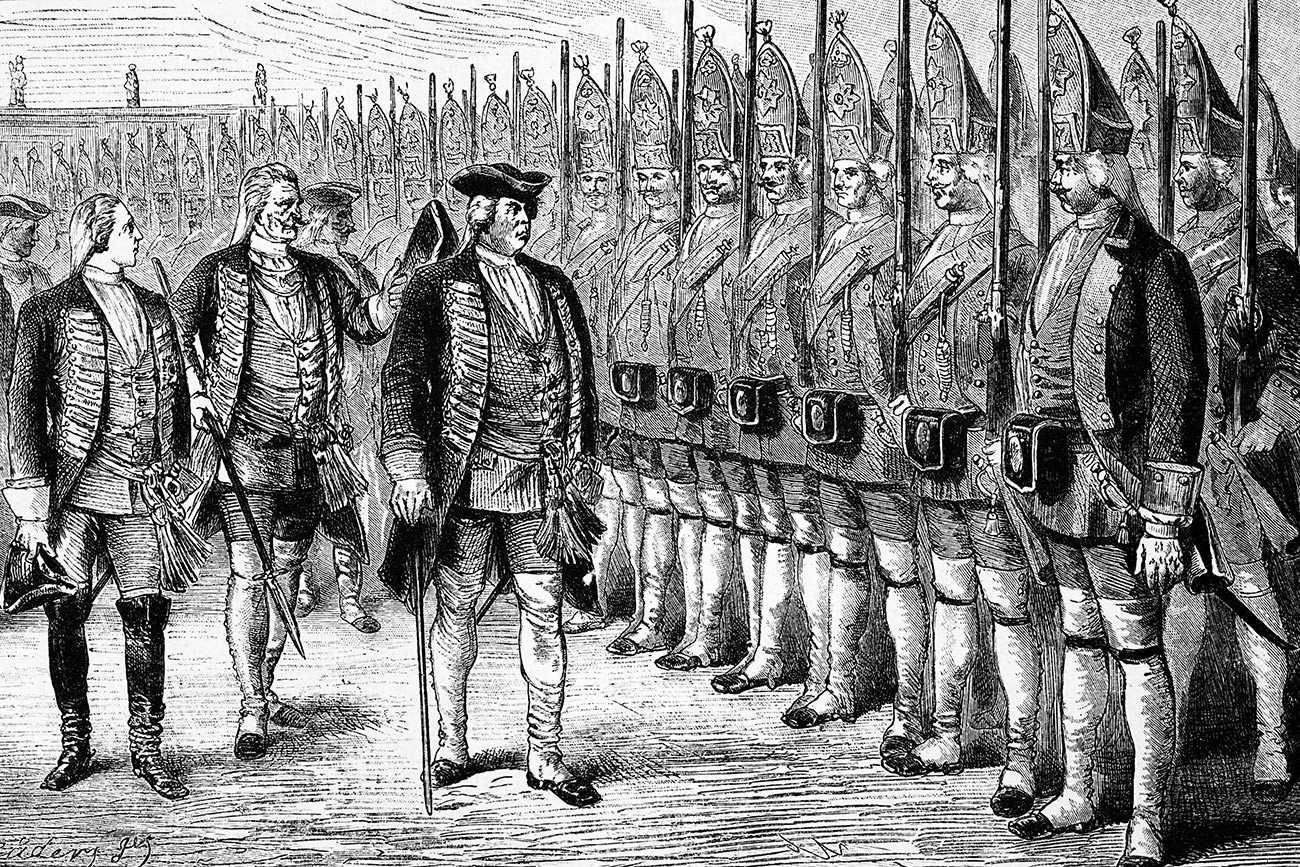 King Frederick William I of Prussia inspecting his giant guards, known as the Grand Grenadiers Of Potsdam, although most called them The Potsdam Giants.

The official name of Frederick William’s regiment was “The Grand Grenadiers of Potsdam,” but they were widely known as the “Potsdam Giants,” or simply “The Tall Fellows” ("Lange Kerls" in German). The only requirement for joining the regiment was that soldiers had to be over six feet (182cm) tall, and their rate of pay was determined by nothing but their height – the taller, the higher was the pay.

“The Tall Fellows” were not only Russian, of course – they were bought or even kidnapped by the king’s enforcers from different countries of Europe. One of the tallest Giants (7’'1”), historians say, was an Irishman James Kirkland. He was offered a job as a footman to Baron Borck, the Prussian ambassador to London, but was captured and transported to the continent to become one of the “Tall Fellows.”

The “Giants” were given the best food and accommodation, dressed in exclusively knit blue-and-red uniforms, boots with thick heels and 45cm (18”) tall caps – to make them appear even taller. However, they never took part in real military action – Frederick William cherished them too much. They were only obliged to march at military parades at the king’s court and were something like living toys – for example, when the king felt sick, they were ordered to march through his room.

The questionable fate of the Russian ‘Giants’

Russia continued to send tall muzhiks to the Prussian king to support the king’s strange obsession and uphold the military union with Prussia. Around 400 recruits were sent to Prussia during Peter’s reign only. Not all of them were deemed tall enough for the Potsdam Giants’ regiment and most went to the regular Prussian army.

Many of these soldiers had families and relatives in Russia; they wrote back home, asking to be returned. In 1723, Peter asked Frederick William to send back at least 152 of the “tall fellows,” and promised to replace them with “simple” recruits. Frederick, however, was reluctant to do this. The traces of most of the soldiers who were sent to the field regiments were lost already – Russians didn’t keep exact records on the recruits that were “presented” to Frederick William, while the Prussians lost many of the records due to wartime conditions. Only about 95 Russians returned home in 1724.

However, even after Peter’s death, Russia continued to search for tall soldiers and send them to Prussia. We have a portrait of one of these men, a Muscovite called Svirid Rodionov, who was sent to Prussia no earlier than 1723; his portrait was painted in 1724 or later. 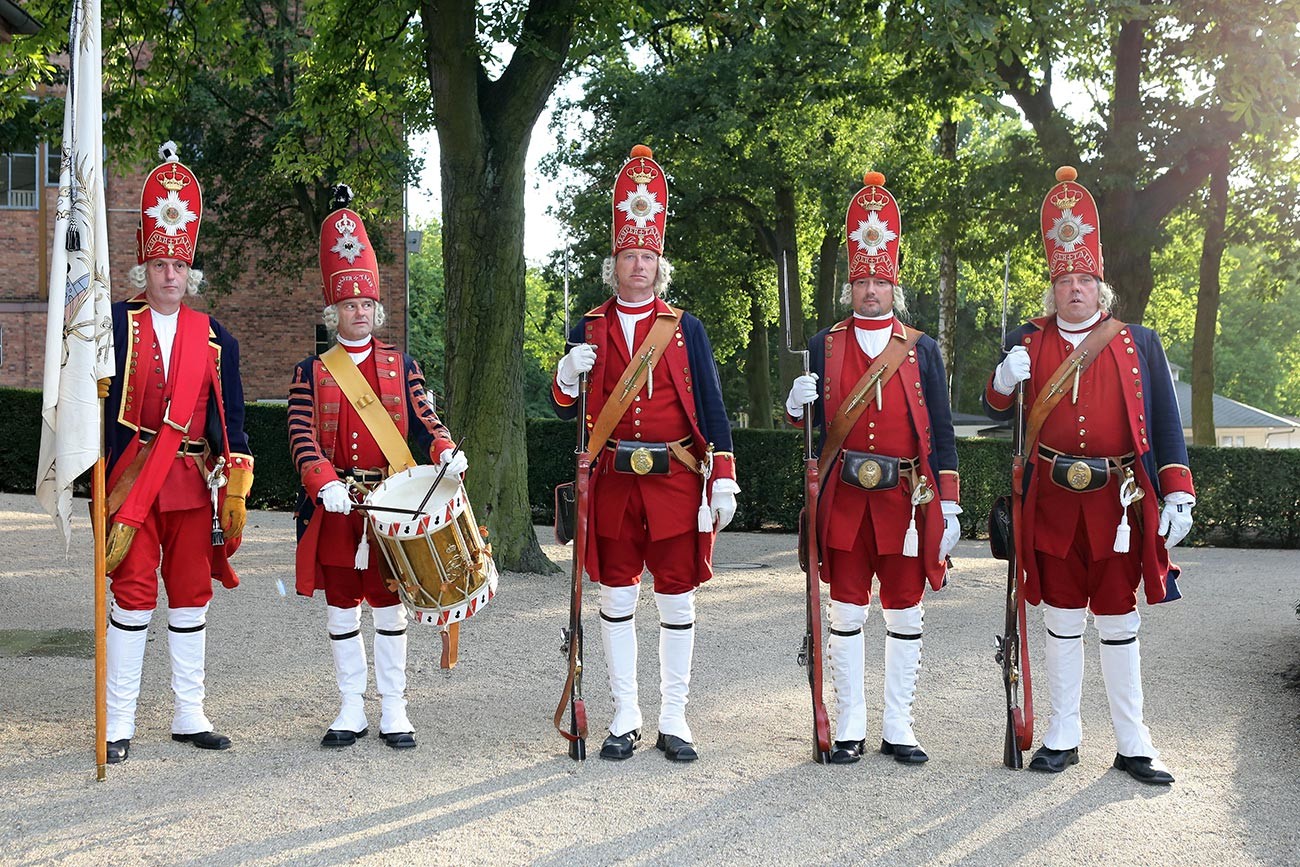 When Frederick died in 1740, his “Potsdam Giants” counted about 3,800 men. His son, Frederick II the Great, considered the regiment to be an unnecessary expense. He downgraded the regiment to a battalion, and integrated most of its soldiers into other military units. What’s more, Frederick II and Elizaveta Petrovna, the new Russian Empress, didn’t get along too well. In 1746, Elizaveta demanded the return of the Russians serving in the Prussian army – Frederick II refused and didn’t even answer in which units the Russians served.ly, Sadly, only a small number of the Russian “Tall Fellows” were able to return home. Svirid Rodionov, for example, didn’t see the golden domes of Moscow again – he reportedly met his later years in Verder, Prussia.