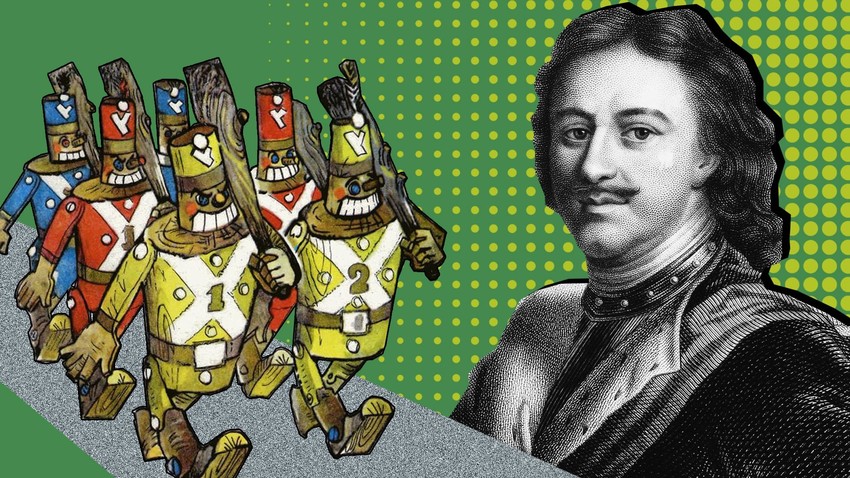 Public domain; Russia beyond; Leonid Vladimirskiy
No other Emperor had this kind of military training before – since he was a boy, Peter the Great learned how to command soldiers in military training and in action. Later, this “Toy Army” turned into the most proficient of Russian military formations – the Imperial Guard.

As a child, Tsar Peter had all kinds of marvelous toys. Clockwork birds, music boxes, silver-cast horses, a real, but miniature carriage with windows made of crystal, drawn by four ponies, with a suite of four dwarves. But his most-loved toys were his toy guns, bows and arrows, axes, pikes, and swords, all made in sizes suitable for a child. 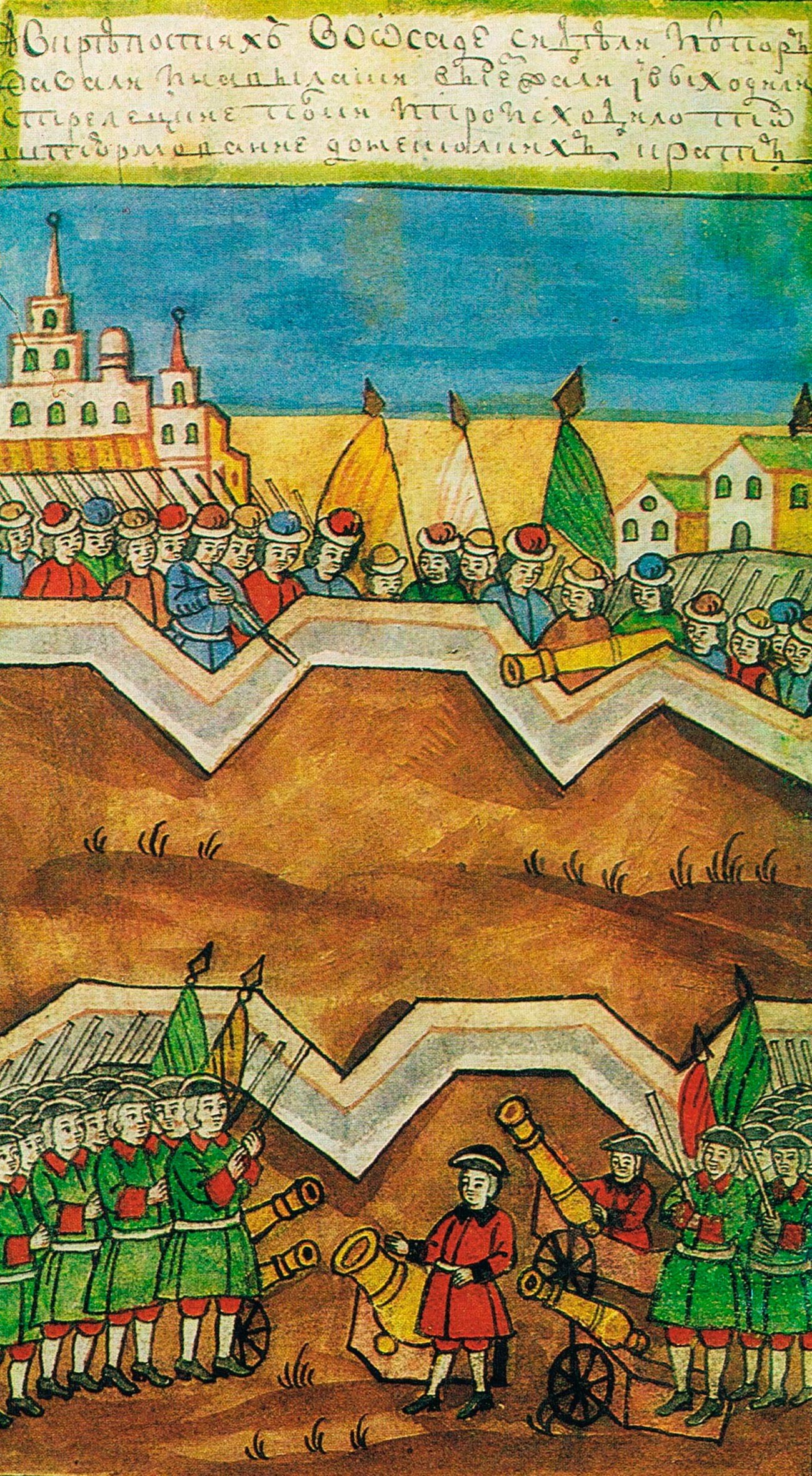 Peter leads the military maneuvers at Kozhukhovo, 1694. A miniature of the 18th century.

Peter’s father, Alexey Mikhailovitch (1629-1676), noticed his son’s passion for the military and came up with a really bright idea that had no parallel in Europe – he created a regiment for his son to command.

At the age of four, Peter became the colonel of his own regiment. The boy received reports on all the needs of the regiment and issued orders – at first, his father helped him to manage all of this, but in 1676, Tsar Alexey died, and Peter continued commanding on his own and using help of Paul Menesius, a Scottish general whom Alexey put in charge of Peter’s military training.

READ MORE: What was so 'great' about Peter the Great?

The ‘soldiers’ in Peter’s regiment were boys like him, just a bit older. We don’t know for certain, but supposedly they belonged to wealthy and noble families. They wore green uniforms and at first, counted about 50 young men, but the regiment grew in size, as many wanted their children to study military exercises along with the young Tsarevich Peter.

Eventually, this small army came to be known as the “Poteshnye” regiments, with “Poteshnye” meaning “amusing.” Why? What was amusing about Peter’s military training?

The ‘Poteshnye’, or the Toy Army 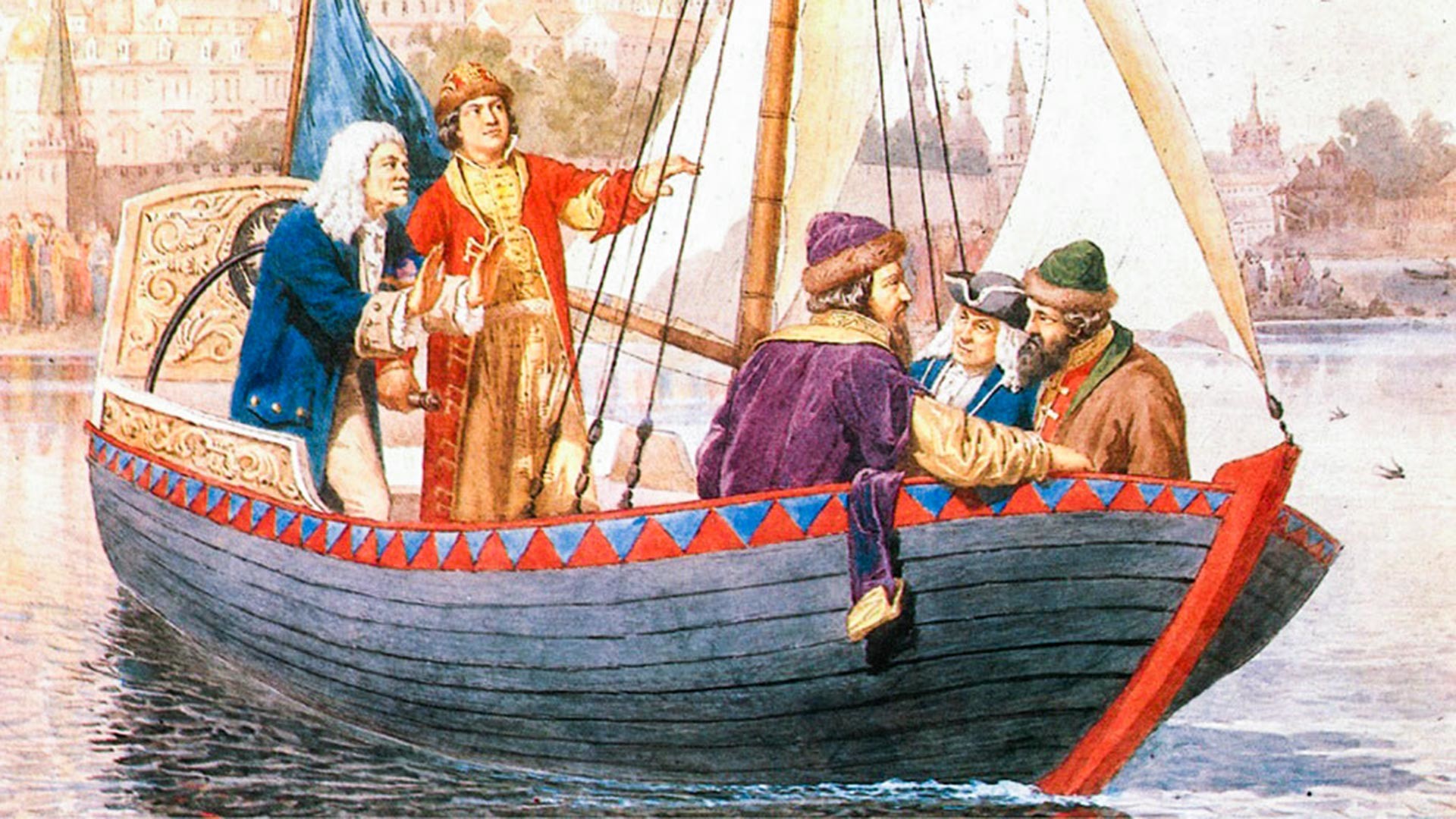 Peter the Great on his first sailboat

Before Peter, little tsars used to be amused with jesters, clowns, jugglers, and dwarves. Meticulously carved toys for little tsars, their toy carriages with ponies – everything had to be cared for by somebody, and these chores were given to the peasants of special villages that were called “Poteshnye syola” (‘amusement villages’) because they worked to provide for the little tsars’ amusement. Peter’s toy army was provided for, too, by the peasants of these villages – Preobrazhenskoye (now, inside the territory of Moscow) was one of them. This is why the little army came to be known in Russian history as the ‘Poteshnye polki’ (“Amusement regiments”). However, with time, the toy army took up quite grown-up exercises. 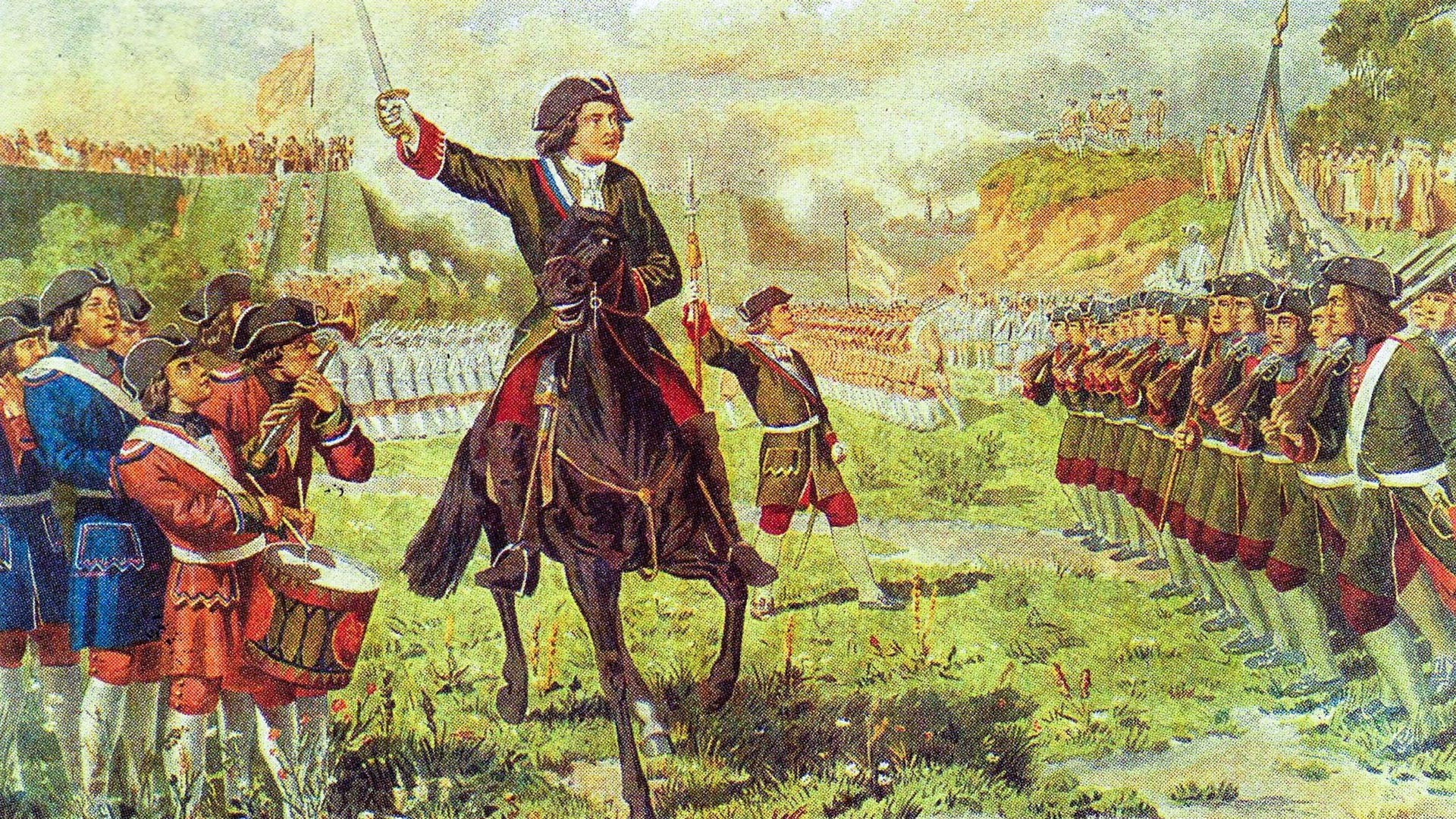 By 1683, when he was 11, Peter took his military training to the field. The same year, the young tsarevich first saw real cannon fire: “Grenade and firearms craftsmen and their disciples of the Cannon prikaz did an amusement fire blasting under the supervision of Simeon Zommer,” the chronicle states, noting that this ‘amusement fire’ was performed in the presence of Peter himself.

He started recruiting grown-up men into his regiments. In 1684, near Peter’s “Amusement Palace” in Preobrazhenskoye village, a wooden fortress called Presburg was put up under the supervision of Franz Timmerman, Peter’s new military trainer. The Amusement regiments, divided into two parts – the ‘Enemies’ and the ‘Defenders’ – learned how to take and defend this little fortress. With time, more soldiers were located in nearby Izmailovo and Semenovskoye villages. In 1686, Peter employed regular artillery in his regiments, and by 1687, started naval exercises at Prosyansky pond near Izmailovo.

READ MORE: Peter the Great and his boat that launched the Russian fleet

‘Poteshnye’ turn into the first regiments of the new army

In 1691, Peter turned his Amusement regiments into the first two regular regiments of his future army – The Preobrazhensky regiment and the Semyonovsky regiment. Later, these two became the first regiments of the Imperial Guard. By 1691, the 19-year-old Peter commanded them in real training, studying the peculiarities of real military action. Their field exercises lasted for months, with Peter himself sharing all the hardships of training. Such ways of training were absolutely innovative in the late 17th century. No European army did this.

In 1693 and 1694, Peter and his regiments performed a fully-fledged military march to the Arkhangelsk region in the North of Russia and back, and in 1694, engaged in a vast training exercise near the village of Kozhukhovo in Moscow. Real cannons and rifles were used, and there were human casualties. Prince Boris Kourakin (1676-1727), Peter’s friend and associate, wrote that “hardly any of the European rulers could organize ‘military training’ better than this one was… It lasted for six weeks.” According to Kourakin, over 30,000 men took part in the training, there were 24 casualties and over 50 wounded. In such a way, Peter prepared his former “Amusement army” for real action that was to follow soon on the fields of the Northern war. 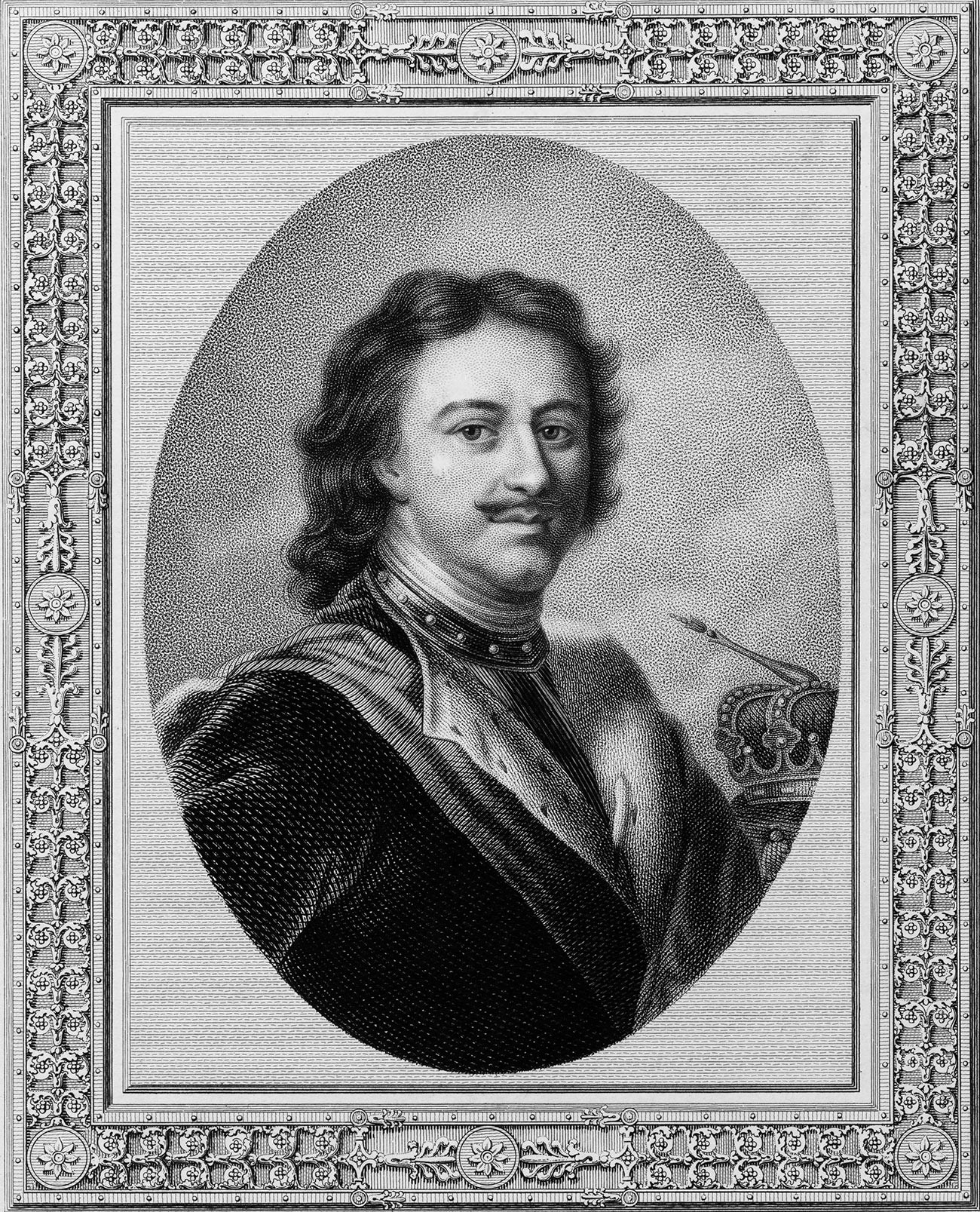 What emerged from Peter’s childhood maneuvers were new military tactics for which the Russian army was to become famous. Peter didn’t approve of ceremonial military exercises. When later during his visit to France, he witnessed French military training, Peter dismissed it as “dressed-up dolls, not soldiers.” Of his men, the Russian tsar demanded the opposite - effective battlefield action. He didn’t care much about his regiments keeping regular formations in the field but insisted on bravery, firm and decisive attack, and the personal initiative of every officer and soldier. Thanks to these qualities of Peter’s infantry and cavalry, Russia was able to win the Northern war and by the 1720s, become Europe’s most menacing military power.