The Soviet 'James Bond' that made Europe tremble 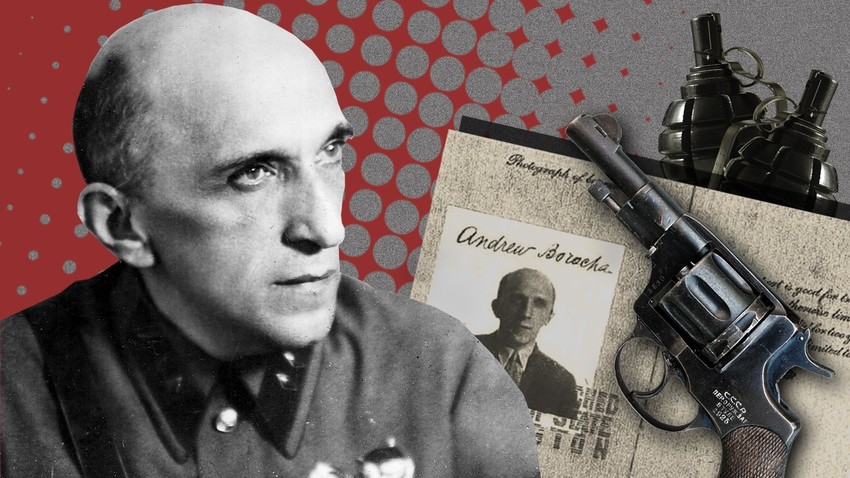 Archive photo; Russia Beyond
This spy mastermind and organizer of high-profile special ops, Yakov Serebryansky, knew too many secrets, and so ended his days in prison.

In the early 1930s, there was a Soviet intelligence cell active in Europe, Asia and the US, known to insiders as "Uncle Yasha's group." Feared by all, it carried out a series of high-profile operations — from the kidnapping of a tsarist general to the blowing up of ships. The archives of the Russian special services about the group’s activities are still classified, and in particular about its leader, Yakov Serebryansky. Almost a century later, the name of this legendary figure thrills the Russian imagination more than any James Bond.

To Persia and back

Yakov “Yasha” Serebryansky was born in 1891 in Minsk in a Jewish family. Like many Jews deprived of almost all rights in the Russian Empire, he joined the revolutionaries and did jail time for possession of "letters with illegal content."

After his release, he fought and was seriously wounded in WWI, then joined the revolutionary movement in the North Caucasus. Finally, during the Russian Civil War, he ended up in Persia at the very time when Bolshevik activists were on a mission to return ships seized by the Whites. Local rebels, however, wanted more, which is how the Persian Socialist Soviet Republic (also known as the Socialist Soviet Republic of Gilan) appeared. (Read more about this historical episode here.) 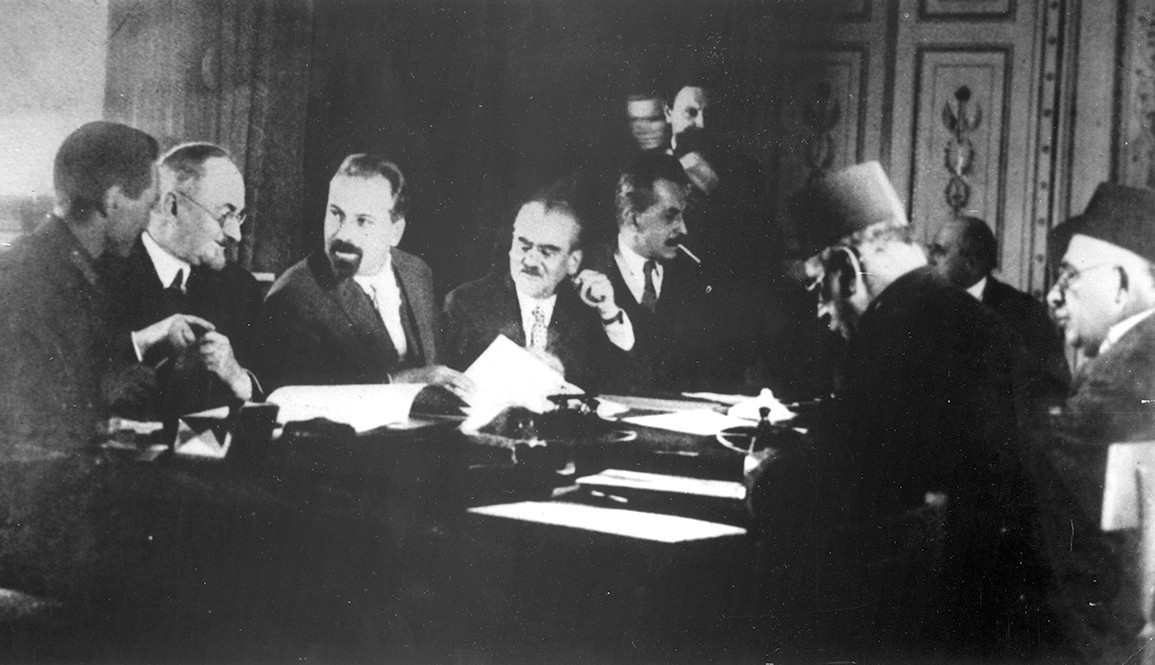 Having sided with the Bolsheviks in Persia, Serebryansky was entrusted with reconnaissance in the new "special department" of the Red Army. True, Moscow and Tehran soon concluded a truce, the republic was disbanded, and the army went home, and with it Serebryansky.

Yakov came to Moscow, where he joined the Chekists. However, he did not stay in his homeland for long, departing in 1923 for Palestine, where the Soviet government had deepcover intelligence officers stationed. The main task was to discover the plans of the British in the region, and to ascertain the local mood.

Here, the Soviet Chekist was aided greatly by his Jewish origins. Disguised as a true Zionist and fighter for the creation of a Jewish state, he recruited many Russian émigrés and set up an entire network of agents, first in Palestine, then among Zionists in other countries. 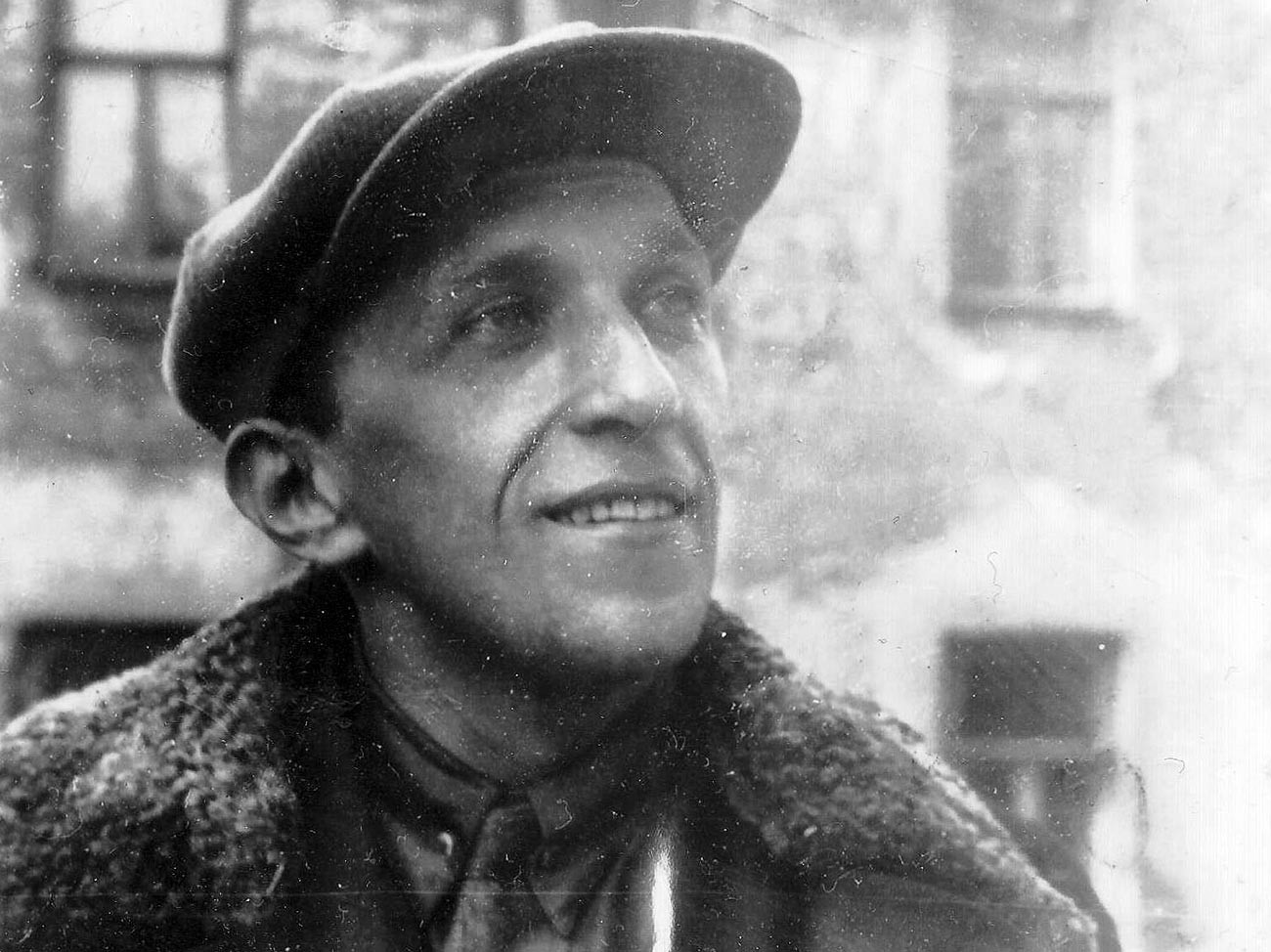 Besides Russian, Serebryansky spoke fluent French, English and Hebrew, so Soviet intelligence chiefs sent him on recruiting missions all over the place, including Belgium, France, China, Japan and the U.S. He created a special group responsible not for intelligence, but sabotage abroad. Serebryansky personally recruited more than 200 agents, many of whom later became intelligence legends in their own right.

One of the most famous operations of "Uncle Yasha's group" is the kidnapping of the White Guard general Alexander Kutepov. In 1928-30, he headed the Russian All-Military Union, a combat organization created by Russian 'white' emigrants in France. The Chekists got wind that the union was preparing terror acts in Soviet Russia, and so its leader had to be neutralized and delivered to the USSR. 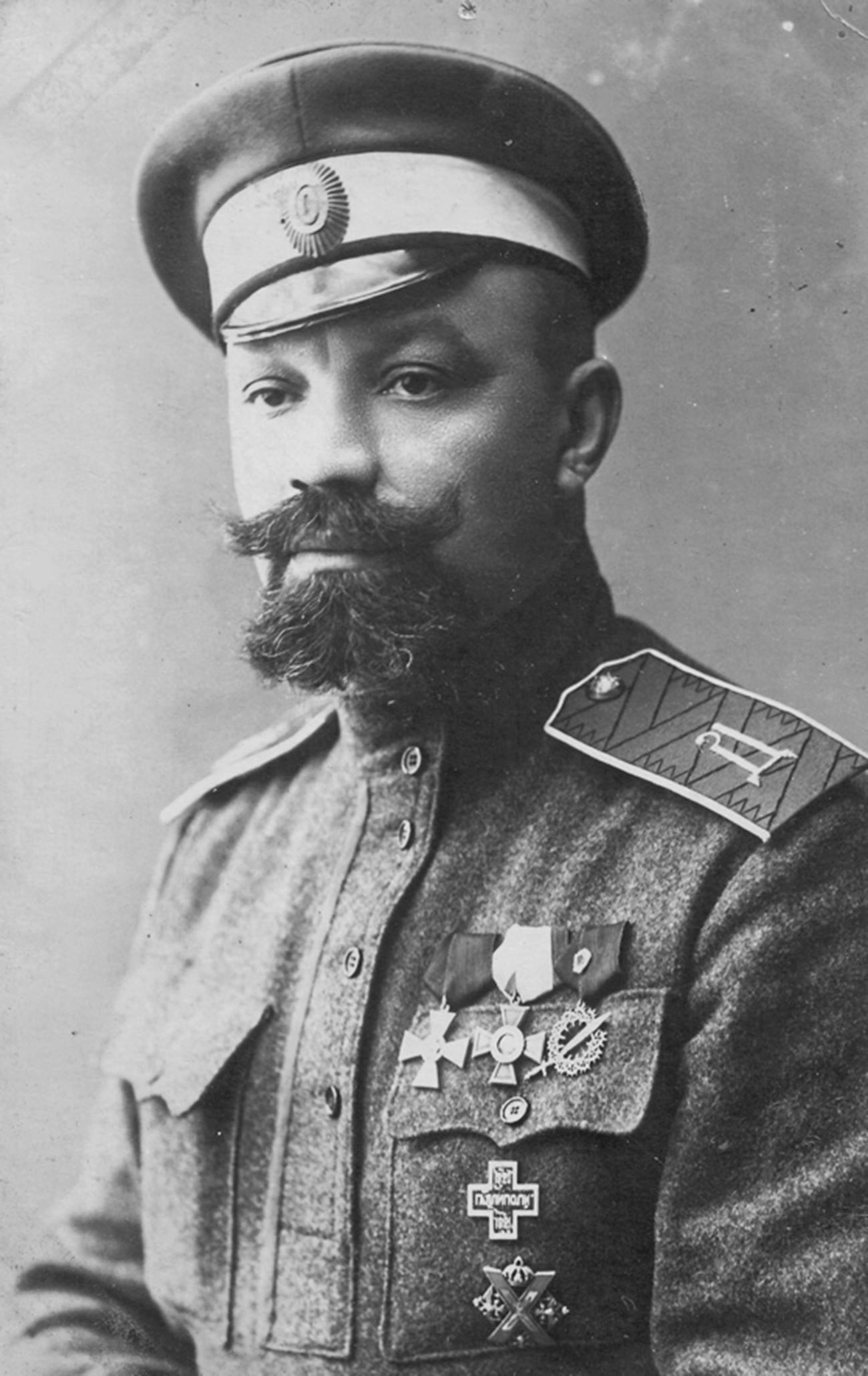 In 1930, Serebryansky’s agents seized Kutepov right in the center of Paris and tried to push him into a waiting car. However, the brave general resisted gallantly. In the end, he was stabbed in the back by a recruited French communist disguised as a police officer. Kutepov died from the blow.

During the Spanish Civil War, Serebryansky carried out operations of incredible complexity, for which he received the prestigious Order of Lenin. He procured weapons and shipped them to the Spanish republicans, who opposed General Franco and were supported by the Soviets. One of the trickiest operations was the delivery of 12 military aircraft, which Serebryansky accomplished under the guise of flight-test equipment. 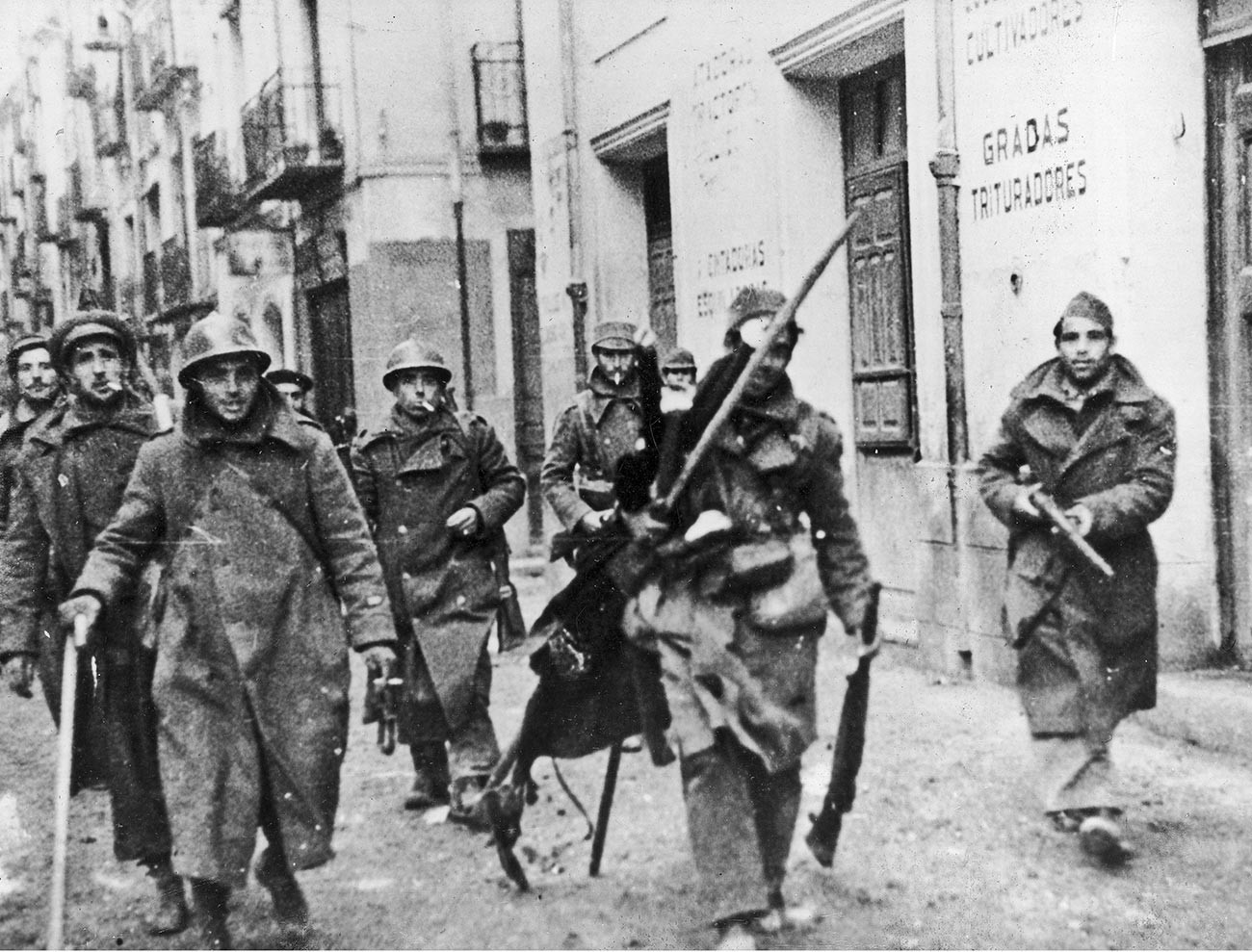 The Spanish republican soldiers during the Civil War in Spain

In 1936, the group conducted another high-profile operation in Paris. Serebryansky embedded an agent in the entourage of Lev Sedov, the son of Stalin's main enemy, Lev Trotsky.

Soviet intelligence knew that on fleeing the country Trotsky — Stalin’s chief opponent in the internal party struggle and one of the main figures of the Russian revolution — had taken with him a huge archive of correspondence. It included letters to Lenin criticizing Stalin, and other important documents, which the Kremlin tyrant was keen to see destroyed. Under Serebryansky’s leadership, the agent was able to steal and dispatch part of this huge archive to Moscow. 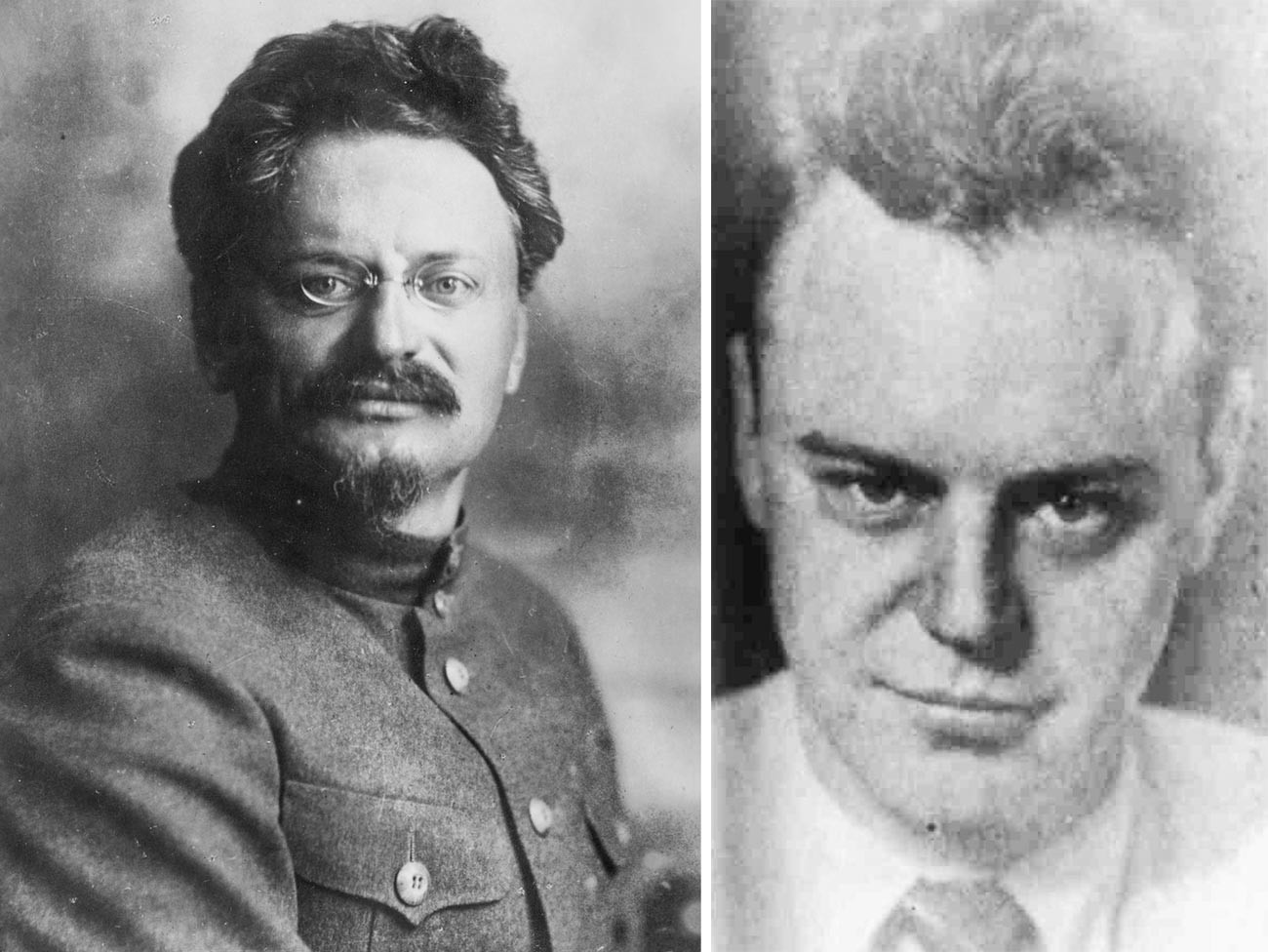 The next mission was to kidnap Lev Sedov himself. Sedov was preparing to speak at the forthcoming congress of the Communist International, and the Soviet government feared that he would call for subversive activities or even a power seizure. The kidnapping plan was ready to go, but Trotsky’s son died suddenly.

“My father is believed to have operated so cleanly that until recently, both in Russia and abroad there was practically no precise information about him,” Nikolai Dolgopolov cites Serebryansky’s son Anatoly in his book Legendary Agents. 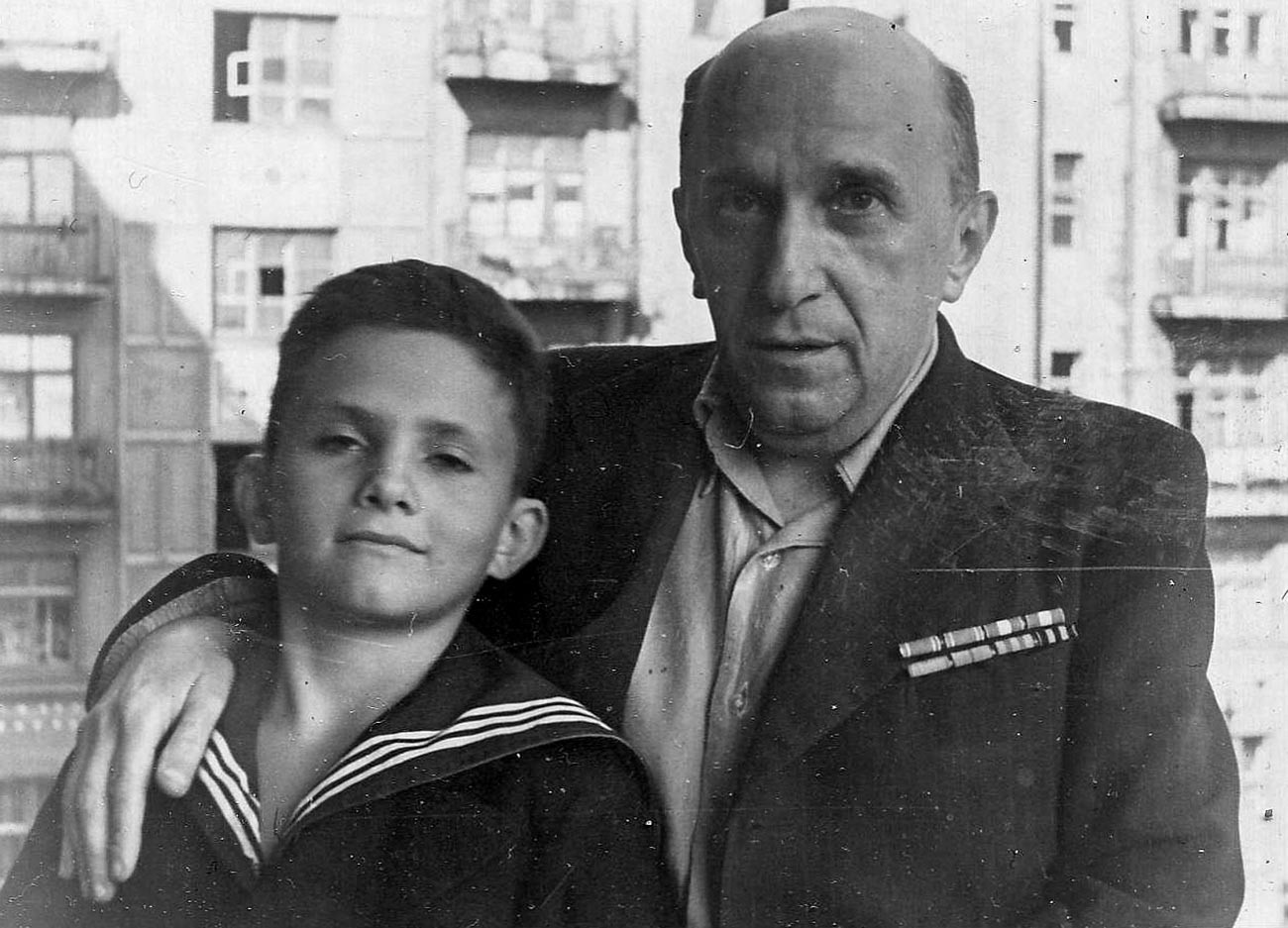 Yakov Serebryansky with his son Anatoly

Even Anatoly does not know what exactly his father did, for example, in China or the U.S.: “There are so many legends about my father’s work in the States. For example, when Serebryansky was in the U.S., counterintelligence tracked him down. But the U.S. president ordered not to jail him, but expel him, so as not to spoil relations with Soviet Russia.”

Anatoly considers this story a myth. “If the Americans had known then that Serebryansky was a Soviet intelligence officer, he would have died in prison over there.”

But other things he is sure about. In 1932, for instance, Serebryansky was due to undergo appendicitis surgery in the U.S. He persuaded the doctor to give him a local anesthesia, because under a general one he might have given himself away by talking Russian. However, the doctors made a mistake and gave him a general anesthesia after all. Afterwards, the nurse said that he clenched his jaw so hard they were afraid he might swallow his tongue. 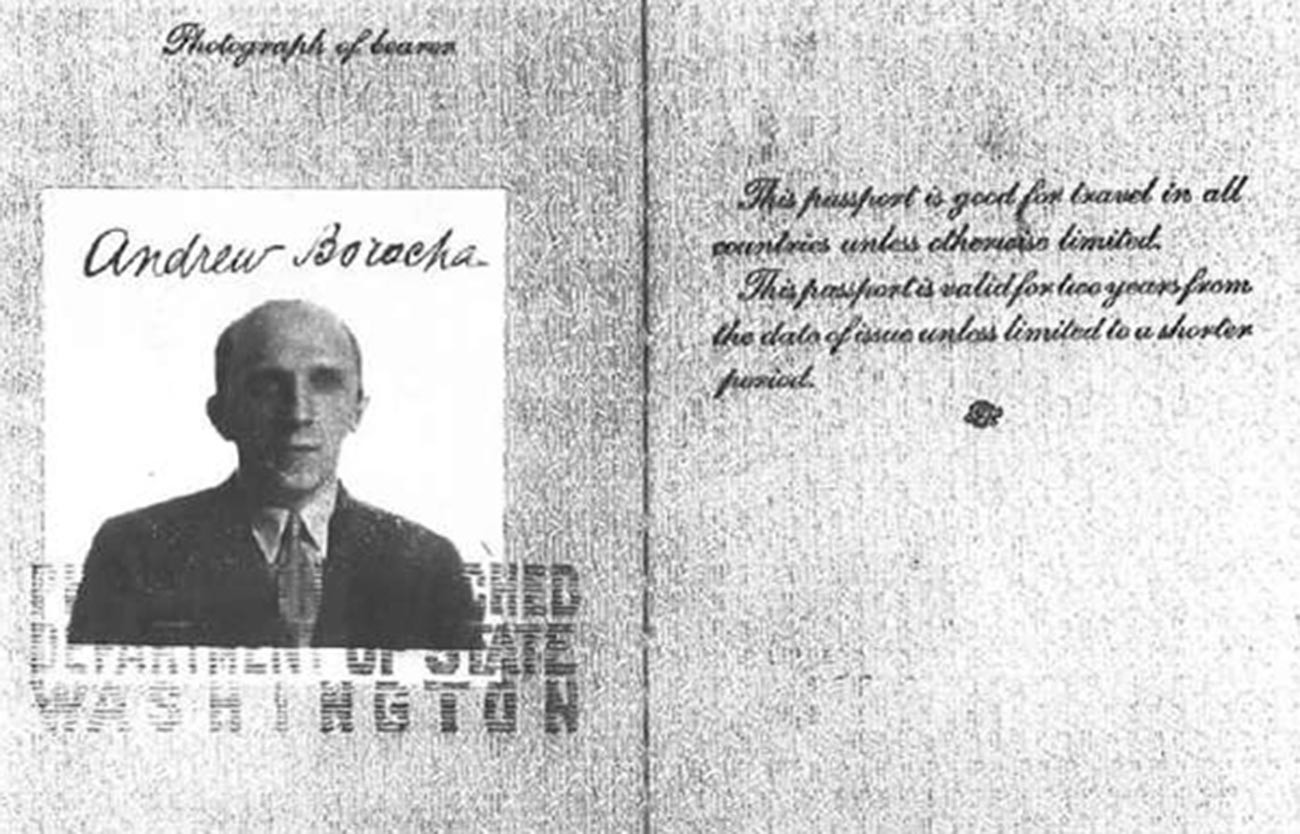 Yakov Serebryansky's secret ID for working in the U.S.

“If my father had uttered a single non-English word, that would have been the end of the legend. Even in such a state, he managed to cope,” said Anatoly.

Downfall of the legendary spy

For his intelligence work, Serebryansky was repeatedly awarded various orders of the USSR. He was one of the few two-time recipients of the highest award — the “Honorary Worker of the Cheka-GPU” badge (he was popularly known as “the Honorary Chekist”). 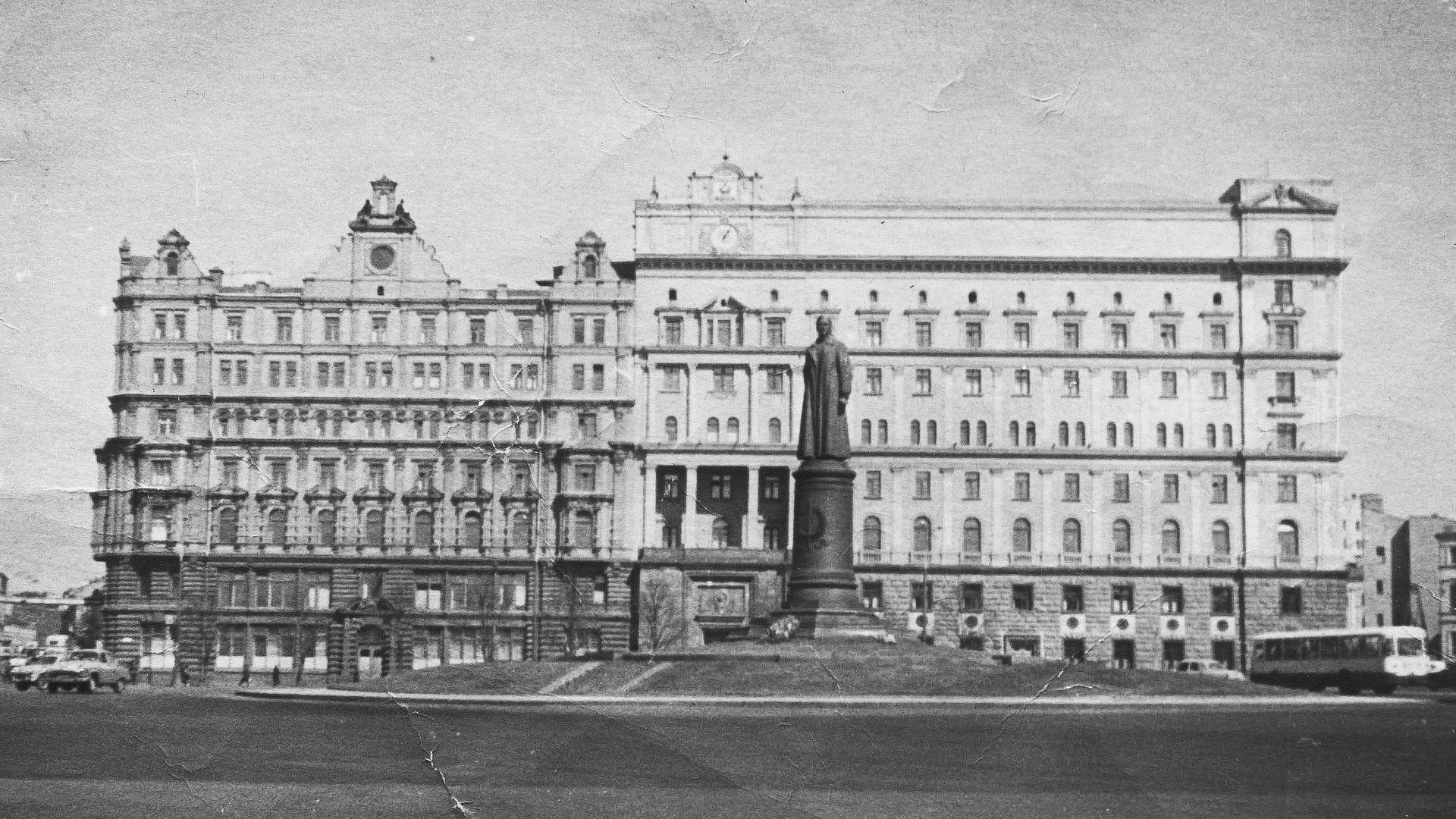 The notorious Lubyanka Building, the headquarters of Soviet secret police

However, in 1938, at the height of the Great Terror, Serebryansky was recalled to Moscow and taken straight from the plane to prison, where he was tortured into giving a false testimony and sentenced to death for allegedly spying for Britain and France and preparing terror attacks in the USSR. The verdict, however, was not carried out — WWII was on the doorstep, and officers of Serebryansky’s caliber were in short supply. He was amnestied and returned to duty. 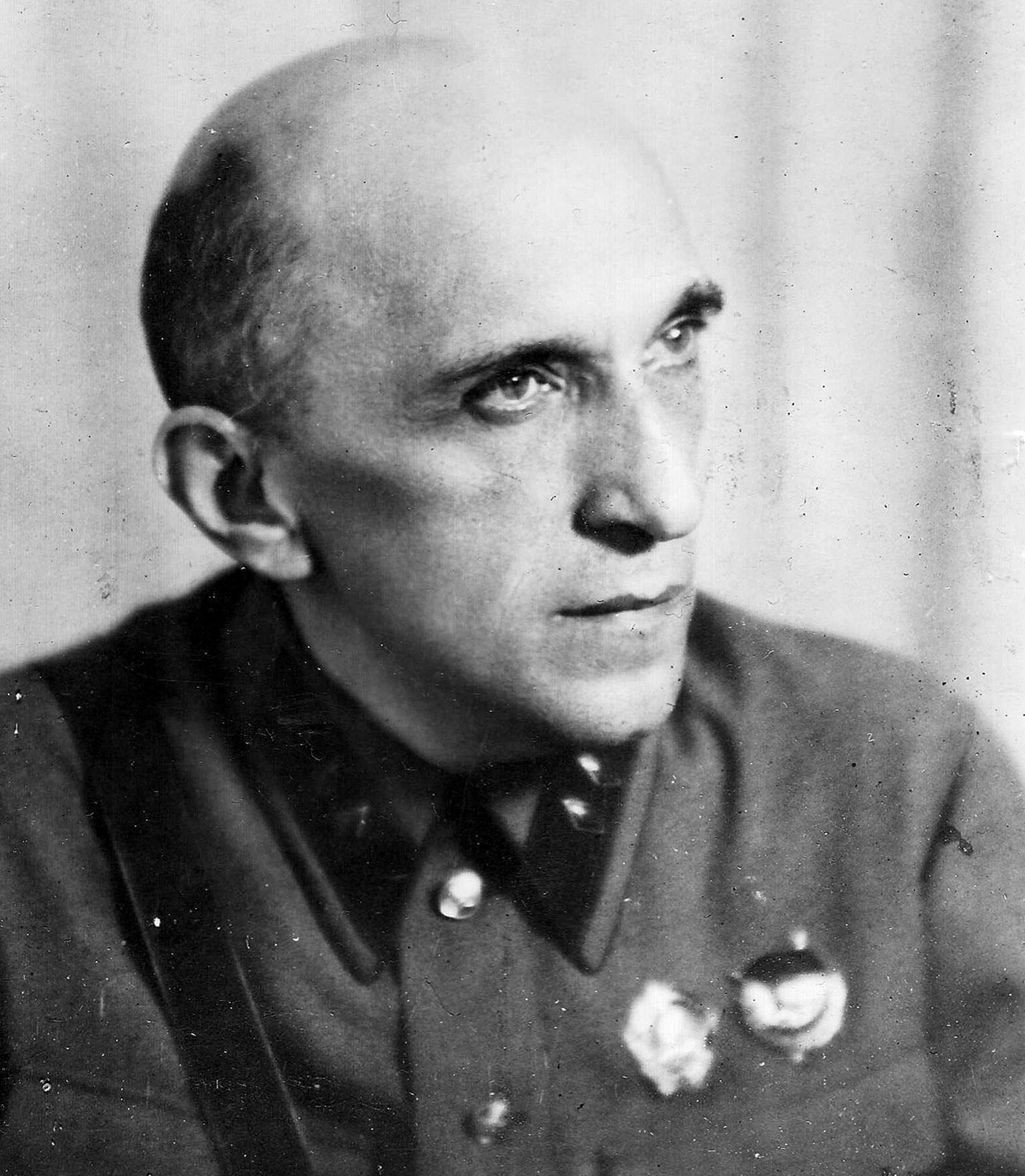 Throughout the war, Serebryansky specialized in sabotage operations across Europe. But in 1953, even after Stalin’s death, he was rearrested and this time sentenced to 25 years in prison on the same charges as before. Three years later, the now 65-year-old agent died of a heart attack during yet another interrogation.