4 secrets within the Moscow Kremlin (VIDEOS) 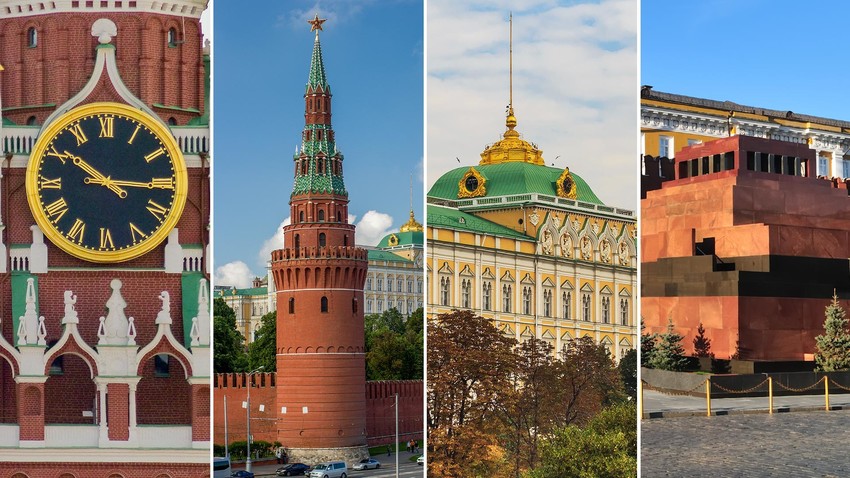 Benjamín Núñez González; Victorgrigas; A. Savin; Legion media
A secret escalator inside the Mausoleum, never before seen footage of the insides of the Water-supply tower and more!

The Moscow Kremlin, apart from being Moscow’s main cultural heritage site, is also a super secure facility – it is the residence of the President of Russia. There are many places in the Kremlin inaccessible for an ordinary person – but we recently got a chance to take a look at some of them. Friday TV, a Russian entertainment channel, produced a documentary titled ‘Secrets of the Moscow Kremlin. Red Towers’ (link in Russian) that focuses on the most intricate and mysterious places within the Moscow Kremlin. We’ve put together the most interesting excerpts of the movie – with English subtitles.

1. The preserved clock face inside the Spasskaya Tower

The Spasskaya Tower of the Moscow Kremlin, constructed in 1491 by Italian architect Pietro Solari (c. 1445 – c. 1493), has four clock faces. But few know that inside the tower, there is another clock face! In 1628, Scottish engineer Christopher Galloway built it at the order of Mikhail Fyodorovich (1596-1645), the first Romanov. The clock was highly unusual – its face was divided into 17 parts! The video shows the remnants of the original clock face and explains how it worked.

2. The secret escalator inside the Mausoleum

Have you ever wondered how the Soviet leaders (who were often elderly) ascended the rostrum of the Mausoleum, where they stood during military parades? It turns out they had a special mechanism to assist them and we can finally see it for the first time.

3. The insides of the Water-supply tower

This tower, built in 1488 by another Italian architect named Antonio Gislardi, was named ‘Vodovzvodnaya’ (“Water-supply”) after Christopher Galloway installed a water supply mechanism here in 1633. The video shows the insides of the tower and explains how Moscow’s first plumbing worked. Also, this is the first time a camera crew has been allowed inside this tower!

The Grand Kremlin Palace, built in 1837-1849, was the Moscow residence of the Emperors of Russia. In this video, we can take a peek at the Emperor’s personal chambers with original furniture of the 19th century.

Watch the whole 6 episodes of ‘Secrets of the Moscow Kremlin. Red Towers’ here (in Russian).