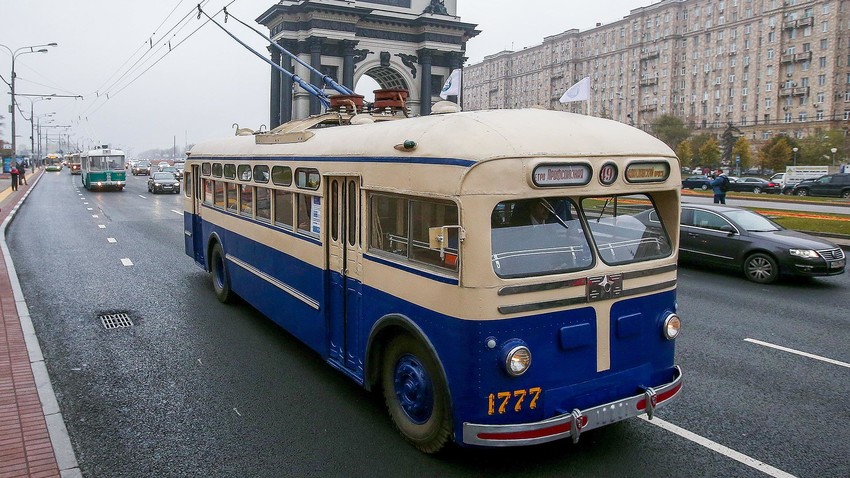 Sergei Fadeichev/TASS
2020 became the final year for the transport that helped Muscovites to move around the city since 1933.

The need for new transport arose in the 1930s, as the population in Moscow was growing significantly. The main transport for the residents of the capital at the time was still the tram — over 90% of residents used it every day.

One of Stalin’s closest ally, Lazar Kaganovich, who was appointed in charge of a general plan of Moscow reconstruction, worked hard to launch the first Metro line and increase the number of buses in the city.

Surprisingly, the trolleybus as a means of transport was not a priority for the mastermind of Moscow’s new transport plan.

However, Nikita Khrushchev, who later would become a powerful Soviet leader, but was not as influential as Lazar Kaganovich in the 1930s, liked the idea of trolleybus routes in Moscow very much.

To secure the future of the trolleybus in Moscow, Khrushchev proposed to name the first trolleybus after his patron Lazar Kaganovich. Thus, the first model of the Moscow trolleybus was named ‘LK’. 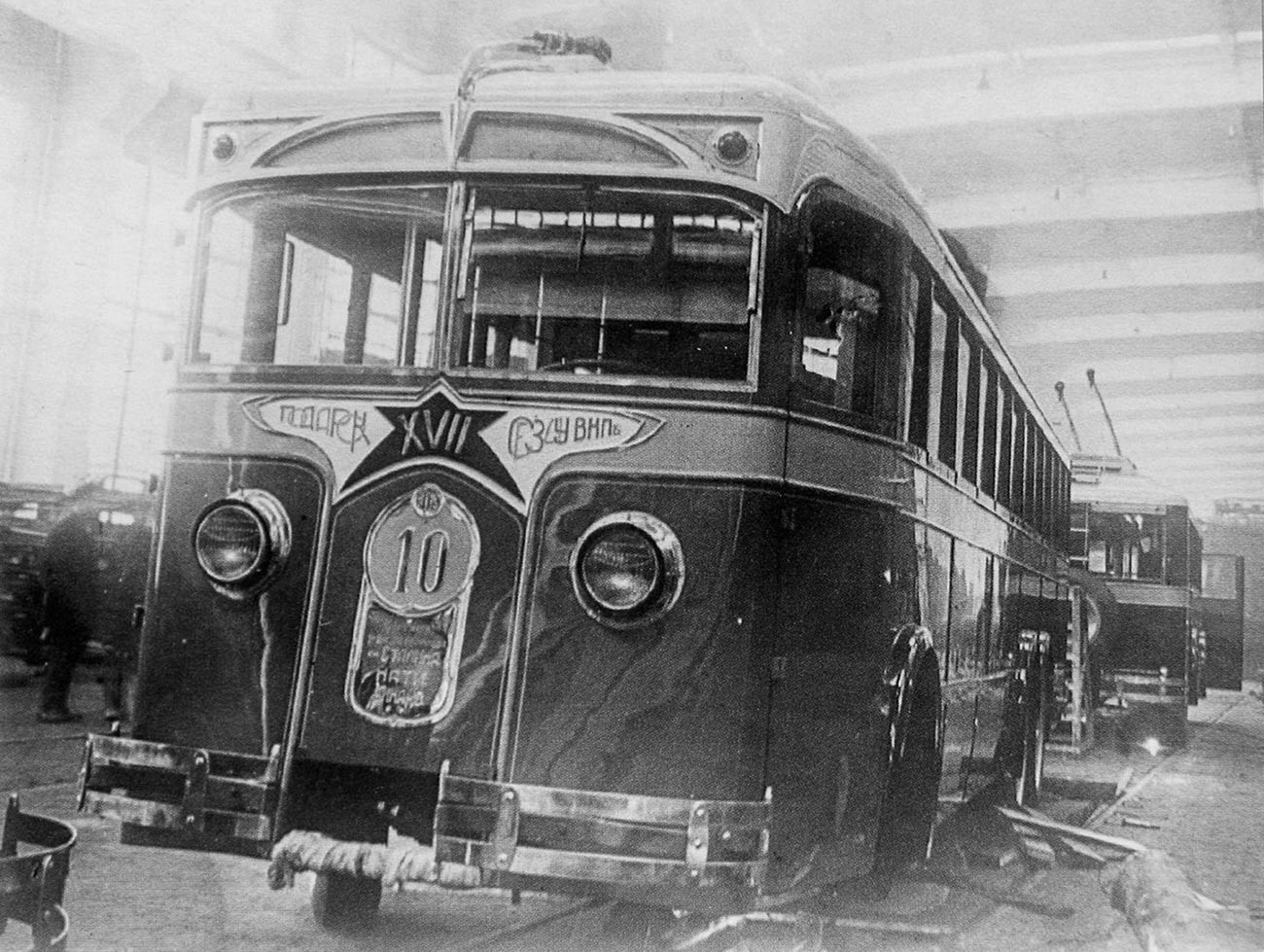 The first trolleybus route in Moscow opened on November 15, 1933, in the area of Leningradsky highway.

By the end of 1934, there were already a total of 50 trolleybuses operating in Moscow. Other cities of the USSR also adopted the transport: they appeared in Kiev, Rostov-on-Don, Tbilisi and Leningrad (current St. Petersburg).

The history of the trolleybus in Leningrad is, however, marred by a tragic incident. On December 26, 1937, an LK-5 trolleybus fell into the Fontanka River. The tragedy killed all 11 passengers on board. In the midst of the Stalin terror, the head of the trolleybus service in the city, the chief engineer of the car park and other people associated with the tragedy were arrested and subsequently executed, while the trolleybuses of the LK family were all decommissioned in Leningrad.

In general, the first LK model of trolleybuses was far from perfect: some of the key parts of the trolleybuses were made of wood. The wood was not reliable enough to protect the wires, parts and even passengers from the elements that often led to a negative impact on the image of the transport. The first models lacked a heating system and windshields which made it really hard to operate in the harsh conditions of the Russian winter.

Nonetheless, the new transport became popular among Russian people, who viewed it as a new attraction and quasi entertainment.

A newer and more advanced model of the Soviet trolleybus appeared in 1936. It was named ‘YATB-1’ after a factory based in Yaroslavl. A British-made trolleybus became the prototype for the Soviet YATB-1, after a chief engineer of the factory managed to purchase two models of the British trolleybus during a business trip to the UK in 1935. 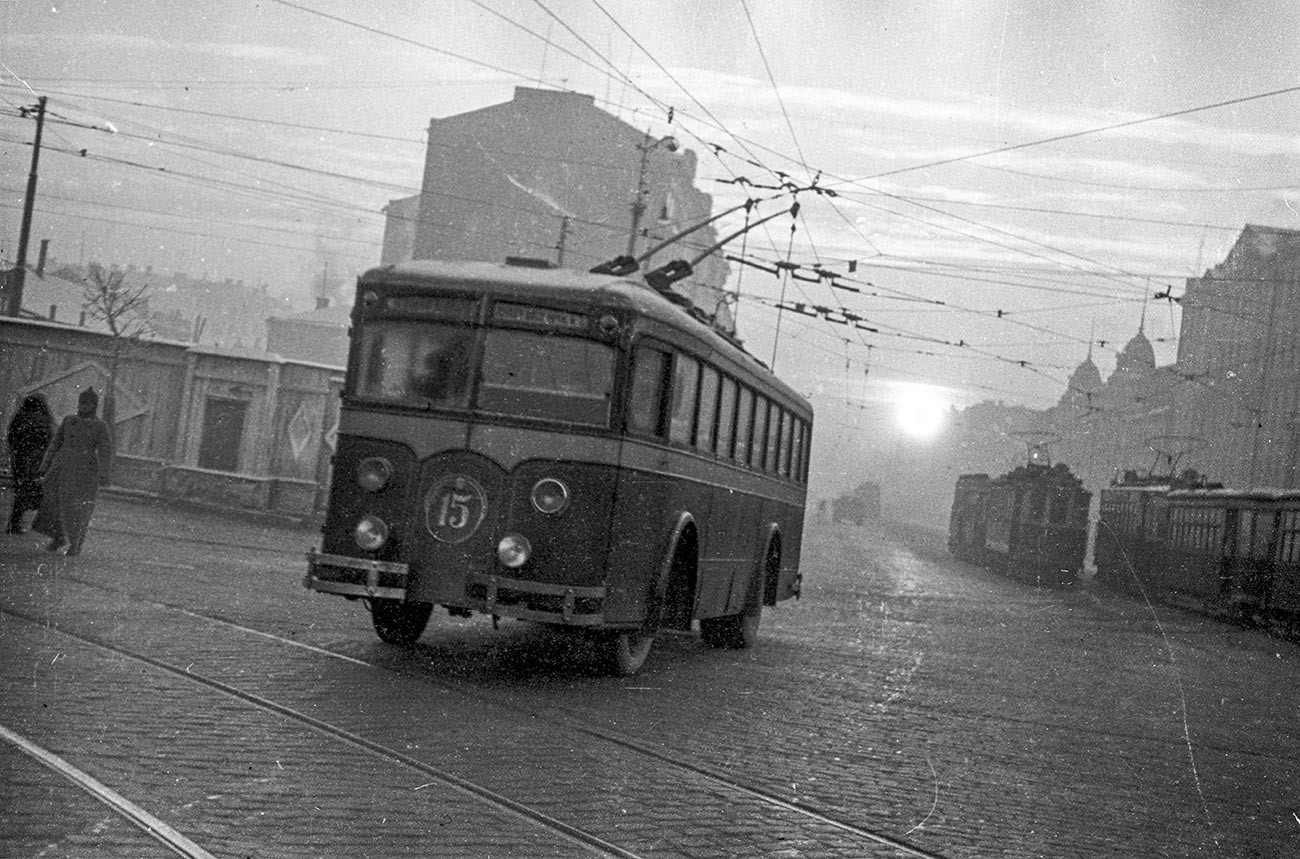 Although the YATB-1’s body was also made of wood and sheathed in only a thin layer of steel, it was nonetheless better than its predecessor: there was a heating system and it had cushioned seats. The main problem of this model was that the electrical equipment was not sufficiently protected from moisture and dust, which led to frequent malfunctions. 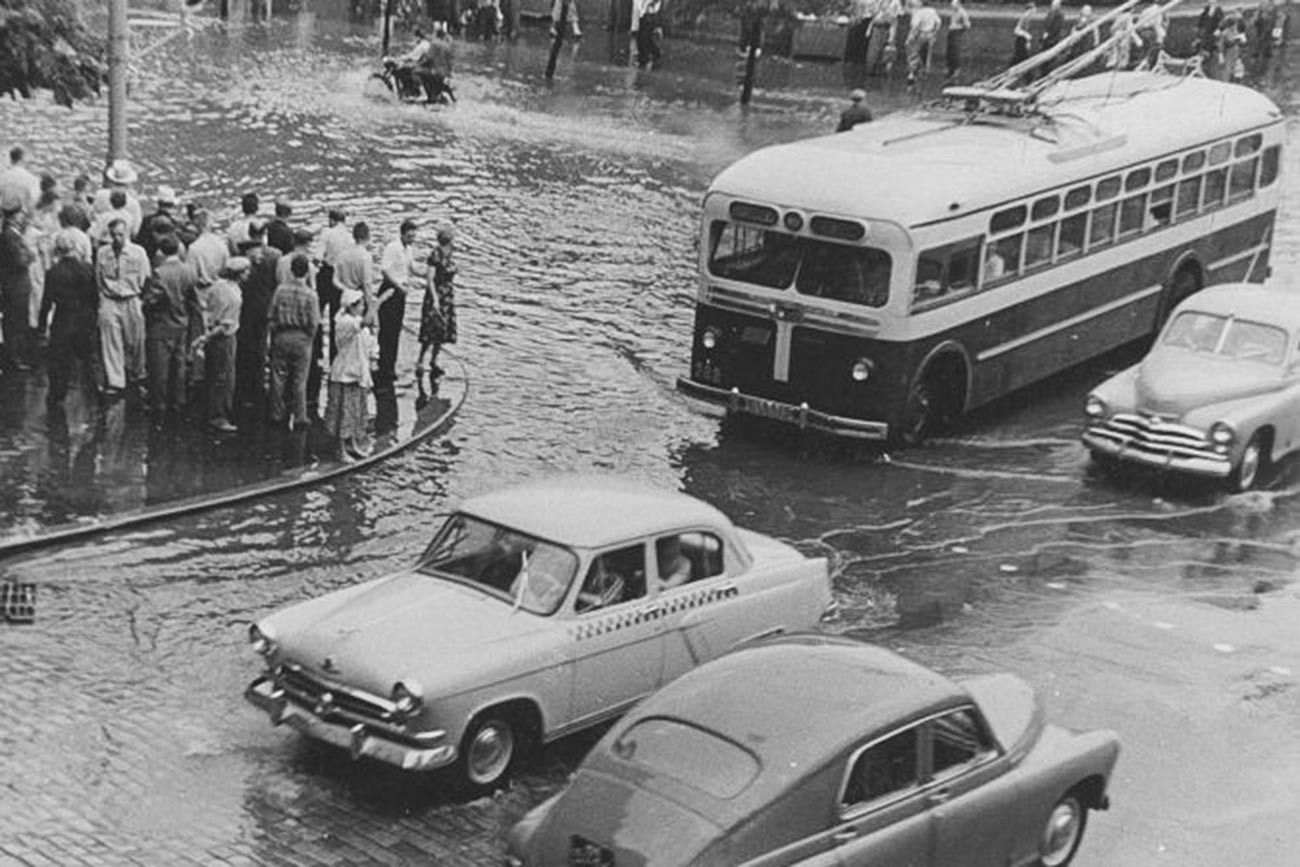 A new model named MTB-82 hit the streets in 1946. The model was made at ‘Factory No. 82’ of the People’s Commissariat of the aviation industry of the USSR and designed by an aviation engineer named Naum Chernyakov. By the 1950s, the MTB-82 had become the most common trolleybus model in the Soviet Union — a total of 5,000 were subsequently made. 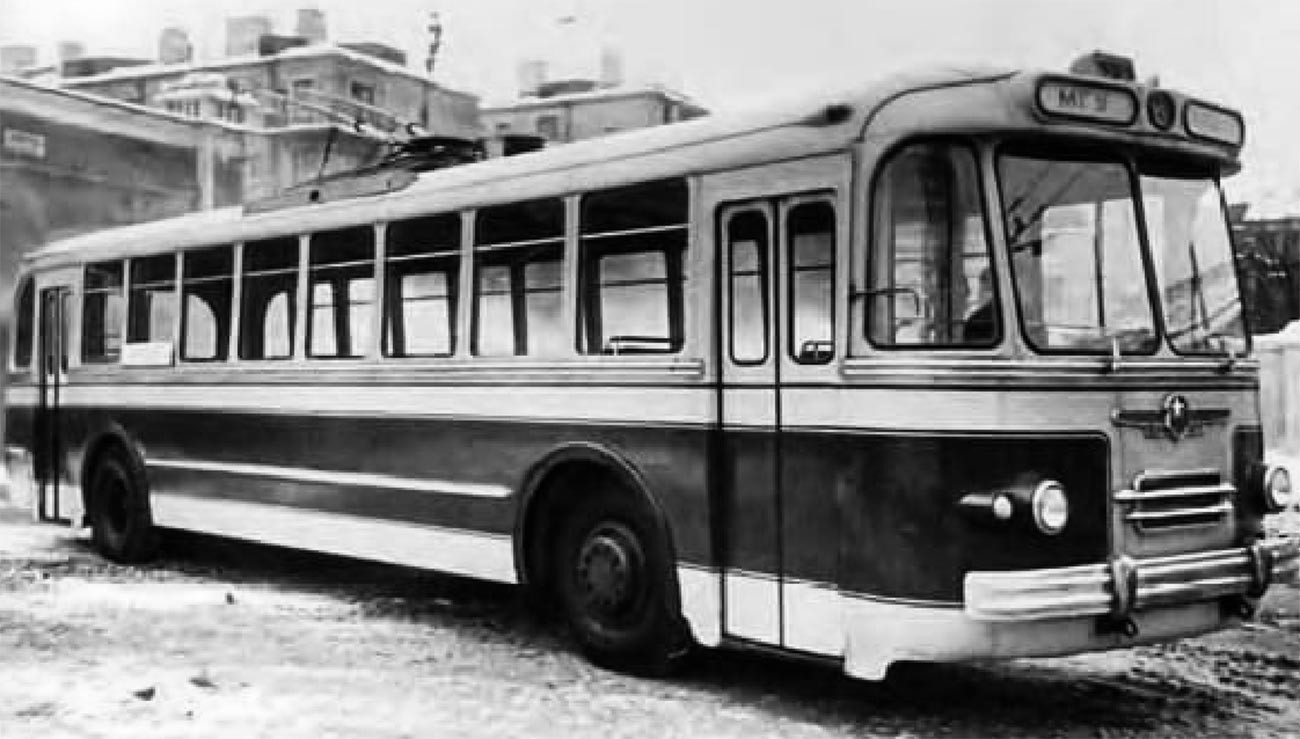 Before the next new trolleybus model was released, Soviet engineers made an unsuccessful attempt to substitute the MTB-82 with the TBU-1 trolleybus. Only one prototype and one experimental batch of 10 buses were made. Engineers found serious flaws in the design and its production was stopped. 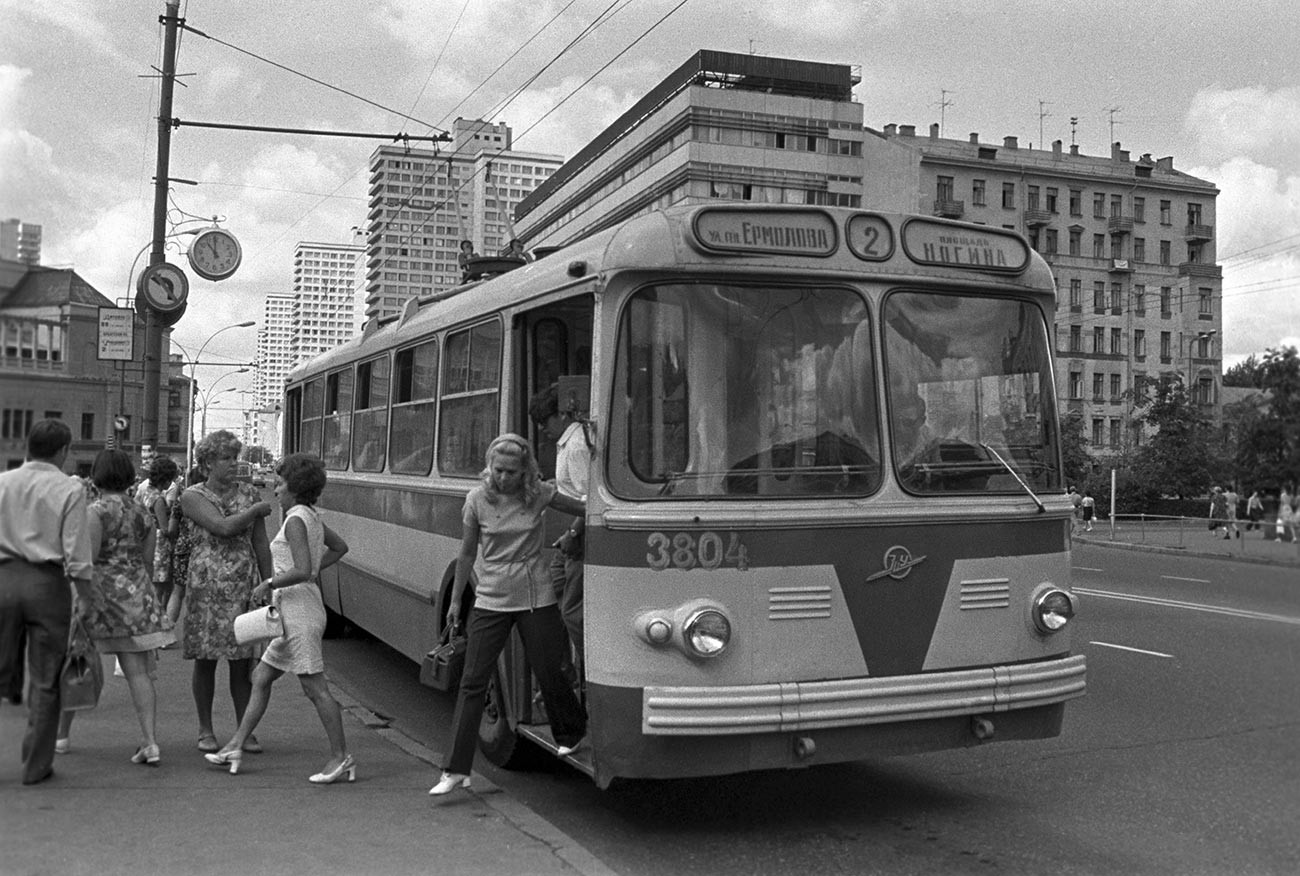 Nonetheless, the unsuccessful experiment allowed Soviet engineers to create a much better model of trolleybus called the ZiU-5. The new model was released in 1959 and was assembled with four different modifications. The most spacious modification could accommodate up to 120 passengers. It was also much faster than all its predecessors. 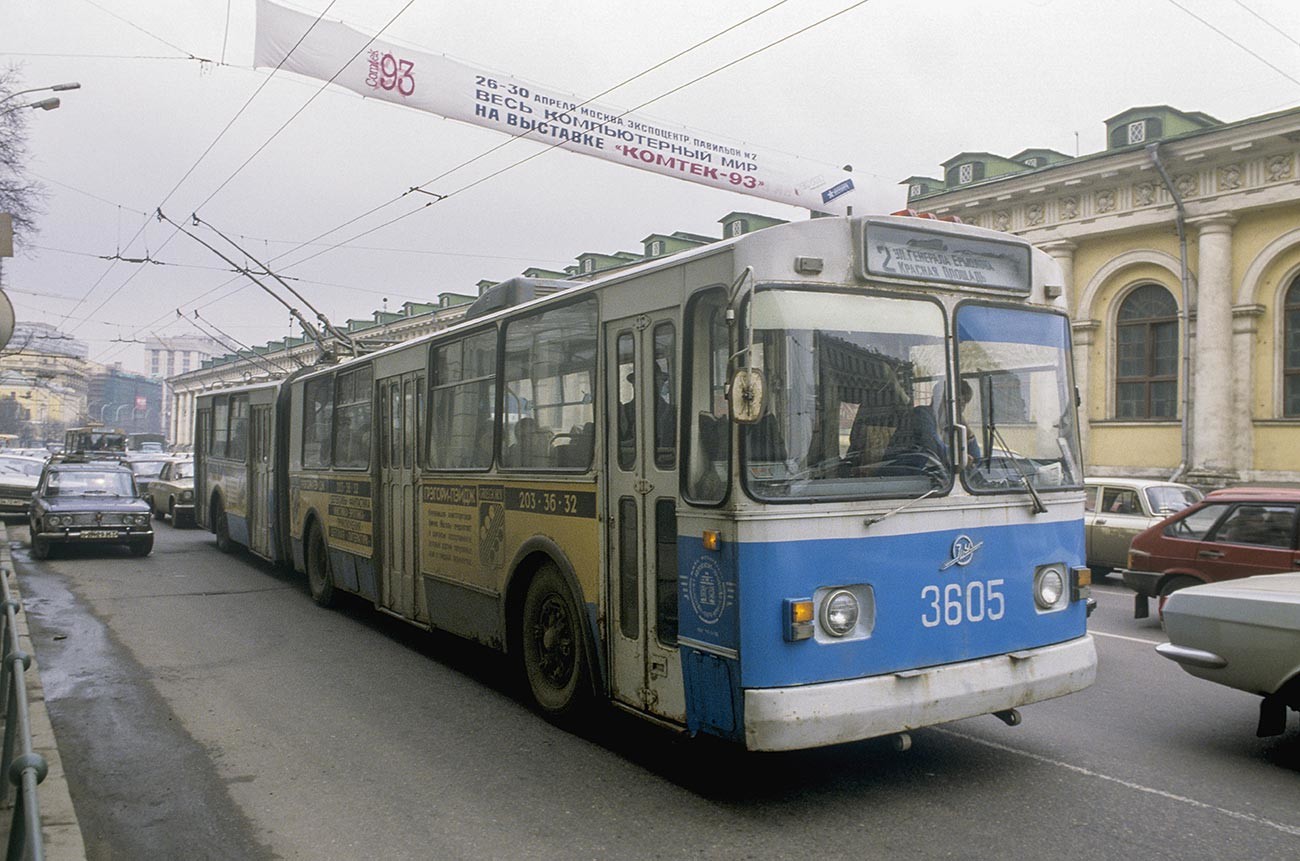 But, in 1972, yet another new model was released. It was named ZiU-9 and became an international sensation: The Soviet Union ended up exporting this model to Hungary, Greece, Germany, Bulgaria - and even Argentina. The new trolleybus was very spacious and had a third door in the center. A total of 42,000 trolleybuses of this model were made in the USSR, and later in Russia, from 1972 to 2013, which made the ZiU-9 the most produced model in the world. 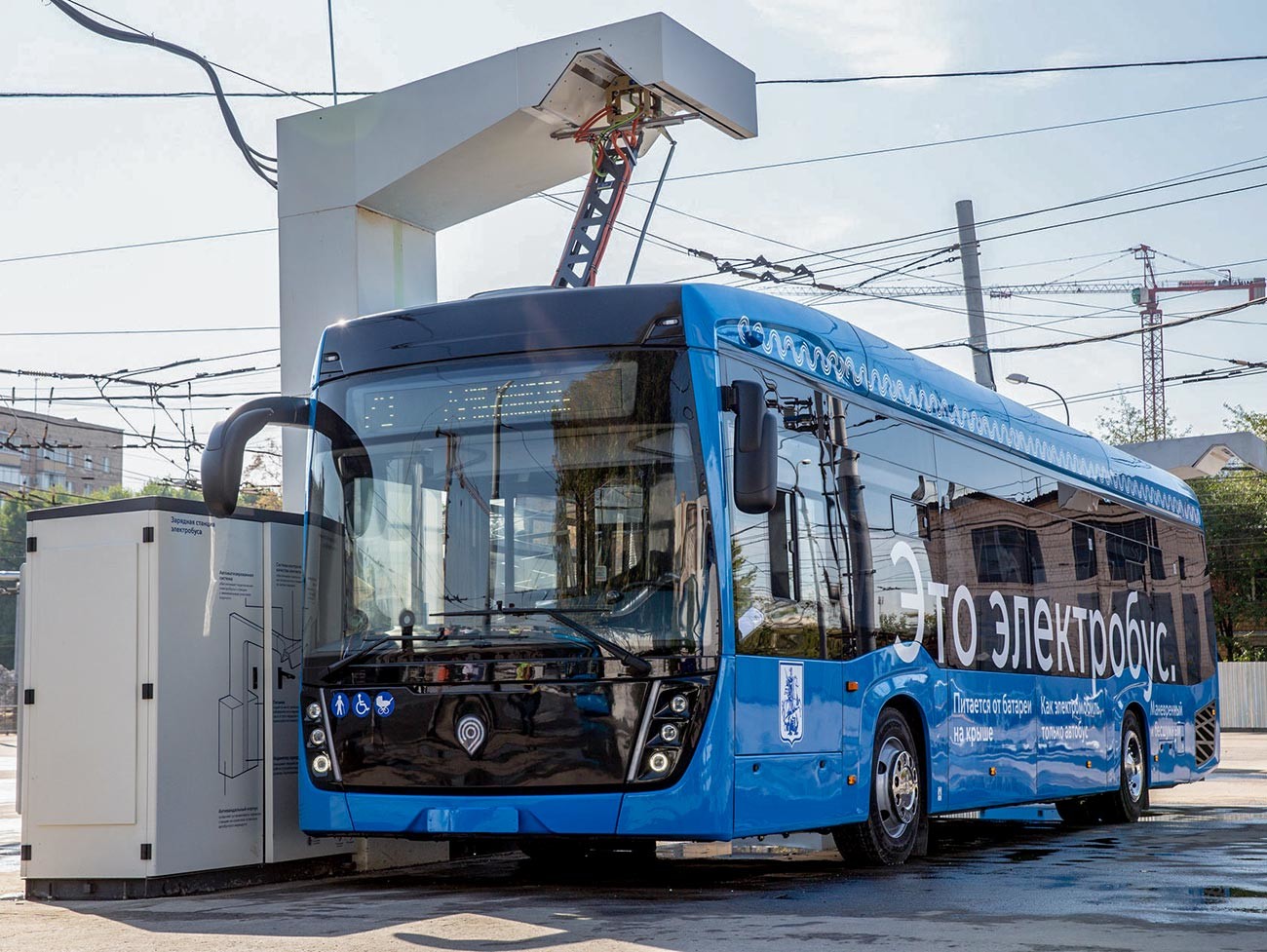 Gradually, electric buses began to replace trolleybuses in Moscow. Most of the old electric lines used by the trolleybus were dismantled by 2019. On the night of August 24-25, the last Moscow trolleybus ended its journey and parked for good, as the city authorities opted for electric buses. 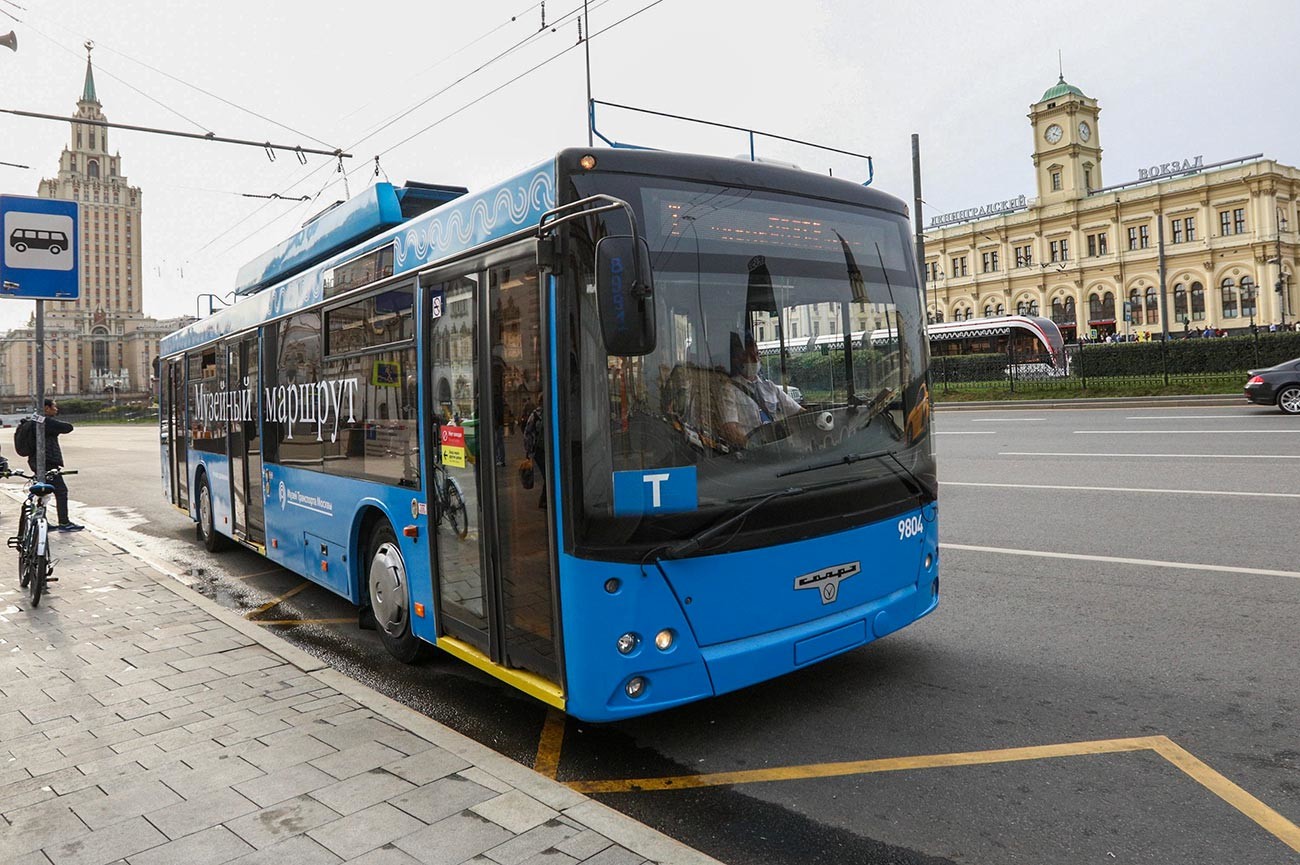 The last remaining trolleybus in Moscow.

However, one trolleybus route in Moscow has remained untouched by the reform: On September 4, 2020, a route from Komsomolskaya Metro station to Yelokhovskaya square was launched as a homage to the transport that carried the city for so long.