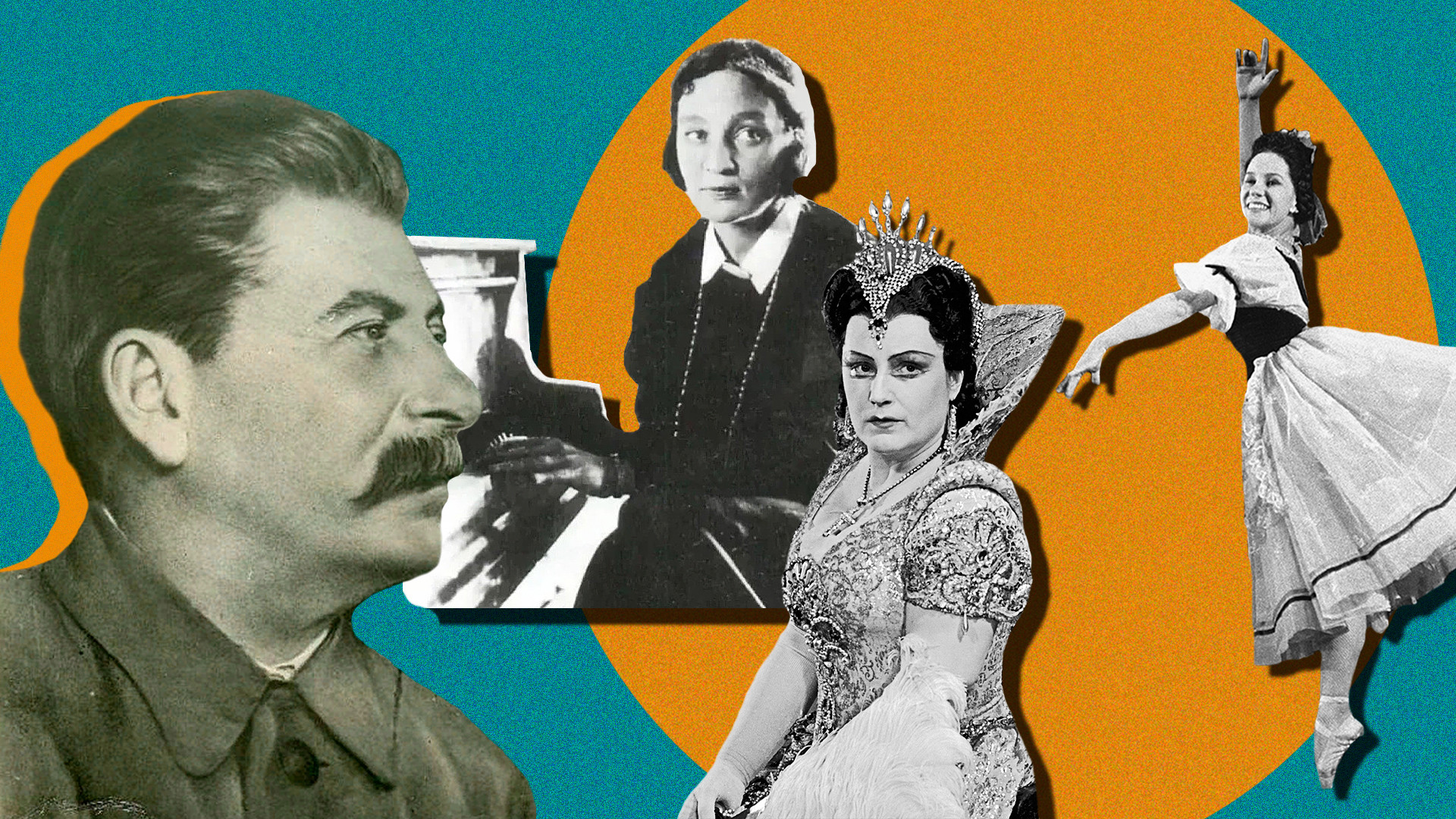 Public domain; Nikolai Khorunzhiy, Anatoly Garanin/Sputnik; MAMM/MDF/russiainphoto.ru/
The “leader of the peoples” was officially married twice and both his wives tragically died quite young. For the last 21 years of his life, he was a widower. A lover of music, theater and opera, he was believed to have had affairs with many famous performers. Here are three of the most racy stories.

Vera Davydova, a soloist of the Bolshoi Theater, was described as “Stalin’s last love” and the two were believed to have had an affair lasting 19 years, according to a book by Russian émigré Leonid Gendlin. He had worked in the Bolshoi orchestra and in the 1980s published a book titled ‘Confessions of Stalin’s Lover’. In it, the author claimed to be recounting what the mezzo soprano herself had told him. The book proved to be a global bestseller. Davydova had a fit when she found out about it. 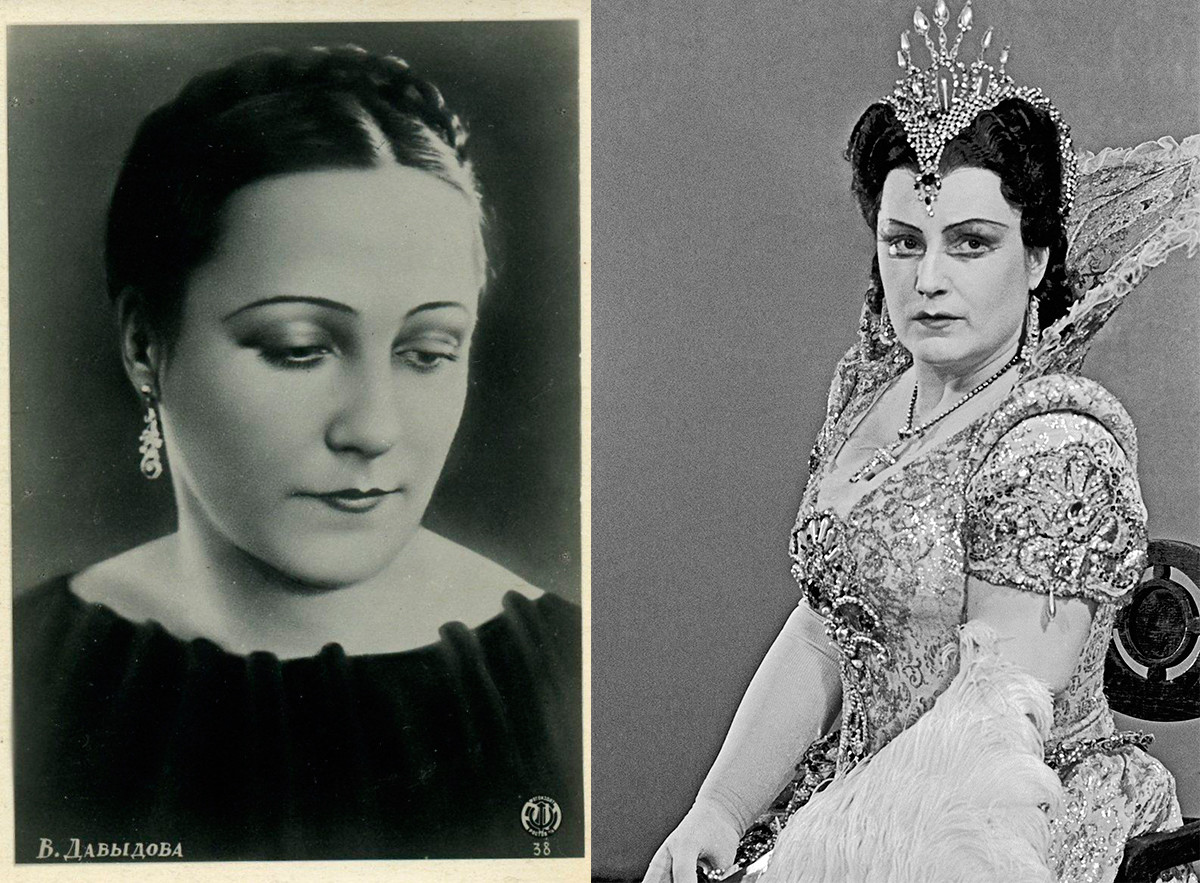 The singer denied she and the supreme leader had been close. However, it is known that Stalin had met her on numerous occasions since the 1930s - in particular, at official receptions to which she was invited as the leading soloist of the Bolshoi Theater. According to Davydova’s granddaughter, Olga Mchedlidze, “my grandmother was already married to [ethnic Georgian Dmitry] Mchedlidze, so she knew some Georgian and could reply to Stalin in his native tongue, which, of course, pleased him a lot”.

Stalin also attended her performances at the Bolshoi on many occasions, leaving magnificent flower baskets for her and, between 1946 and 1951, she was awarded the highest honor, the Stalin Prize, three times.

Stalin was also believed to have had an affair with another performer at the Bolshoi - prima ballerina Olga Lepeshinskaya. She received the Stalin Prize four times and the Soviet ruler was a great admirer of her talent - he saw the production of Flames of Paris at least 17 times. “When he had some free time, he would always come and sit in his box and we knew that Stalin was in the theater. Many well-dressed young men would appear in the wings,” Lepeshinskaya said in an interview. 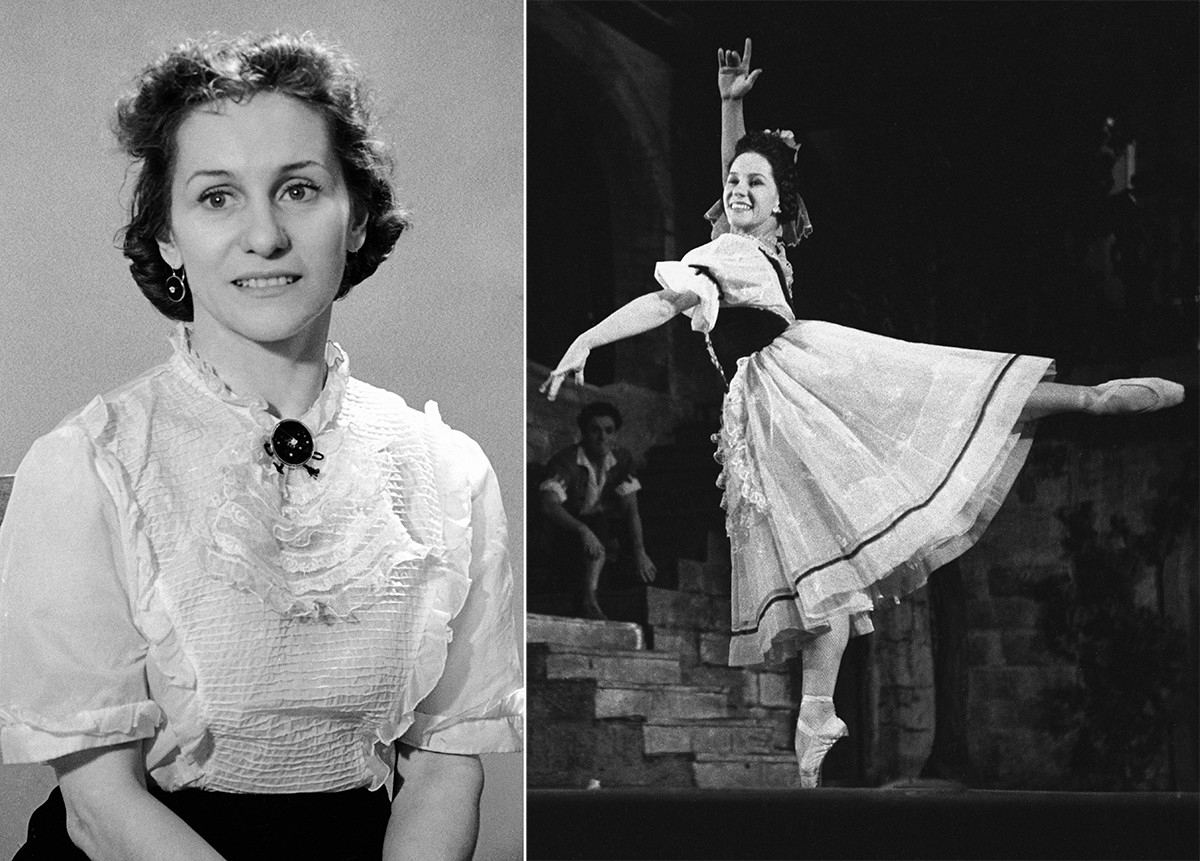 Stalin’s visits to the Bolshoi Theater were legendary. He always sat in the Tsar’s Box and would come and go at any time during the performance. Other party leaders also spent time in the theater. Boris Ilizarov, author of the book ‘The Secret Life of Stalin’, was quite unequivocal about these visits: “Members of the Politburo, high-ranking officials and the army’s top brass enjoyed using the local ballerinas, singers and choir girls as highly-paid prostitutes.”

There is no documented evidence of an affair between Stalin and Lepeshinskaya. Many sources cite journalist Ivan Gronsky, who belonged to the tyrant’s inner circle. In his memoirs, Gronsky writes that, in the mid-1930s, Stalin often returned to the Kremlin late at night, after visiting a certain famous ballerina.

In 1940, a monument to a ballerina was erected on the roof of the building at Tverskaya Street 17, Moscow’s main thoroughfare. It was believed that Lepeshinskaya had modelled for it and that the sculpture had been installed on Stalin’s personal orders. The dancer herself claimed it was nothing to do with her. The sculpture was dismantled in the late 1950s.

Talented Maria Yudina was popularly known as “Stalin’s favorite pianist”. Being very religious and as a Jew who had converted to Orthodox Christianity, she lived modestly - she always wore the same floor-length black dress and often went without adequate food. In 1921, she began to perform with an orchestra and later travelled around the world on concert tours.

People close to her recalled that she used to send her concert fees to prison camps for political prisoners or donate them to the Church. She wasn’t a dissident, but she never made a secret of her views. Thus, in the 1930s she was sacked from the Leningrad Conservatory for being open about her Orthodox Christian faith and, in the 1960s, she was kicked out of the Moscow Gnessin Institute, because of her open liking for contemporary Western music and, in particular, for émigré composer Igor Stravinsky.

Composer Dmitri Shostakovich mentioned in one of his interviews that Yudina had been incredibly popular both in the USSR and abroad, but that she had been rather eccentric. According to the composer, in 1943, Stalin, who listened to the radio a lot, rang the leadership of the Radio Committee and asked if they had a recording of Mozart’s Piano Concerto No. 23 performed by Yudina, which he had heard on the radio the day before. They didn’t have it but were afraid of saying “no” to Stalin. “They telephoned Yudina and the orchestra and made a recording that very night. Everyone was trembling with fear. Except for Yudina, naturally. But she was a special case, without a care in the world.”

Soon after, the pianist received an envelope with 20,000 rubles. She was told it had been sent on Stalin’s special instructions. She wrote him a letter to thank him for his support. “I shall pray for you day and night and ask the Lord to forgive you for your enormous sins against the people and country. The Lord is merciful. He will forgive you. I’ve donated the money to the church of which I am a parishioner,” was Shostakovich’s account of the contents of the letter, as recounted to him by Yudina herself.

She sent the letter, but nothing happened to her. She was also spared persecution in the purges, although there would have been enough grounds for it - probably owing to Stalin’s personal protection. “They say that, when the supreme leader was found dead at his dacha, her recording of Mozart was on his record player. It was the last thing he heard…” according to Shostakovich.