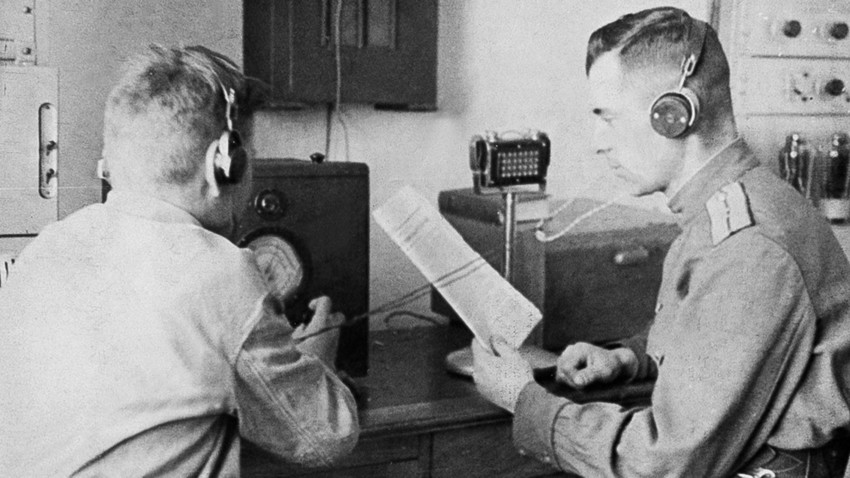 russiainphoto.ru
Both sides scored multiple victories in the course of the sparring between rival intelligence services.

On May 12, 1927, work at the All-Russian Co-operative Society (ARCOS) — a Soviet trade body established by the USSR in London to conduct trading between the USSR and the UK — was disrupted. 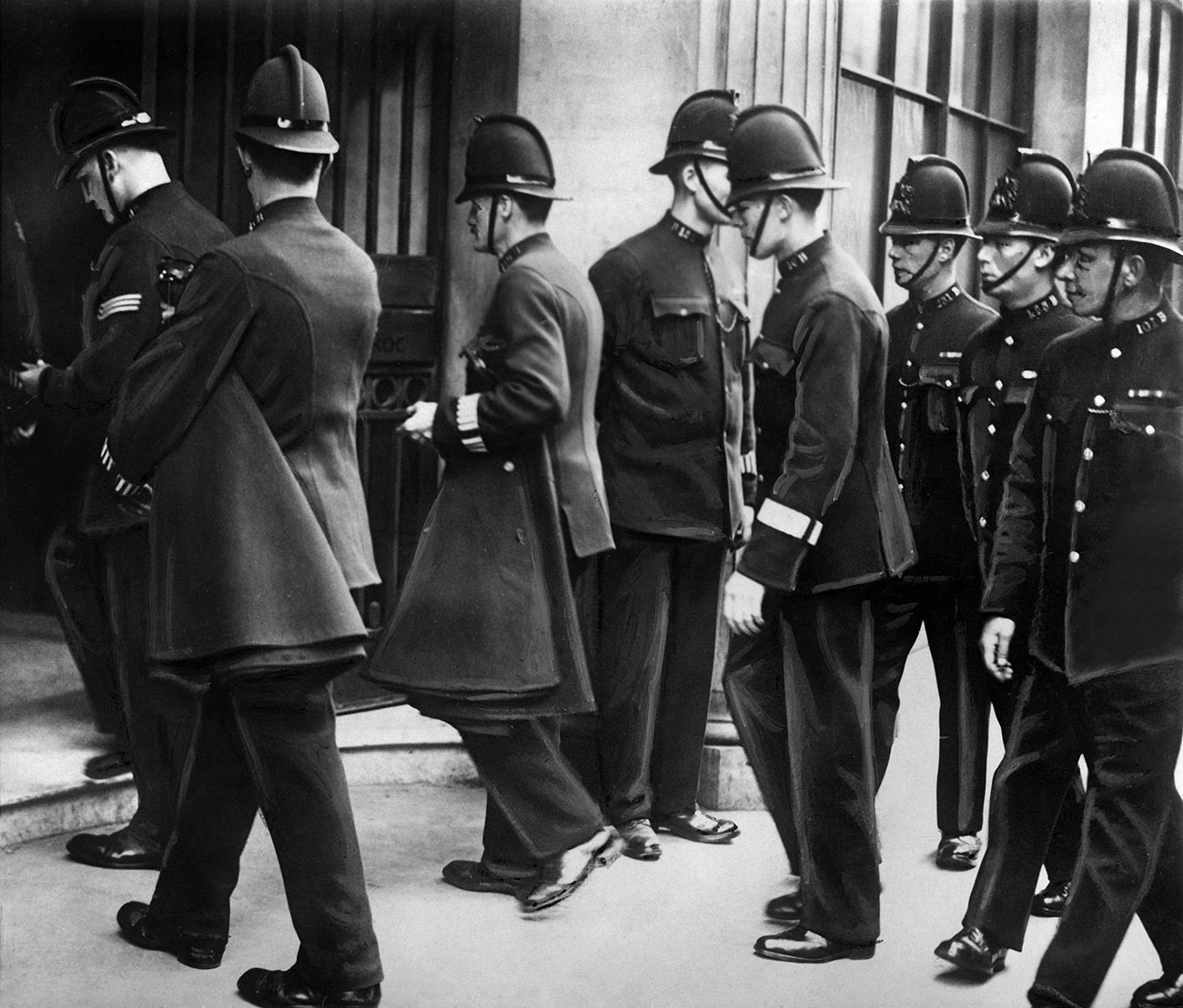 At 4:20 pm that day, uniform and plain-clothes British police officers forced their way into the Soviet trade body, detained its employees, confiscated all the documents and took possession of the telephone exchange. Locked rooms and safes were cracked with drilling equipment the police had brought with them. 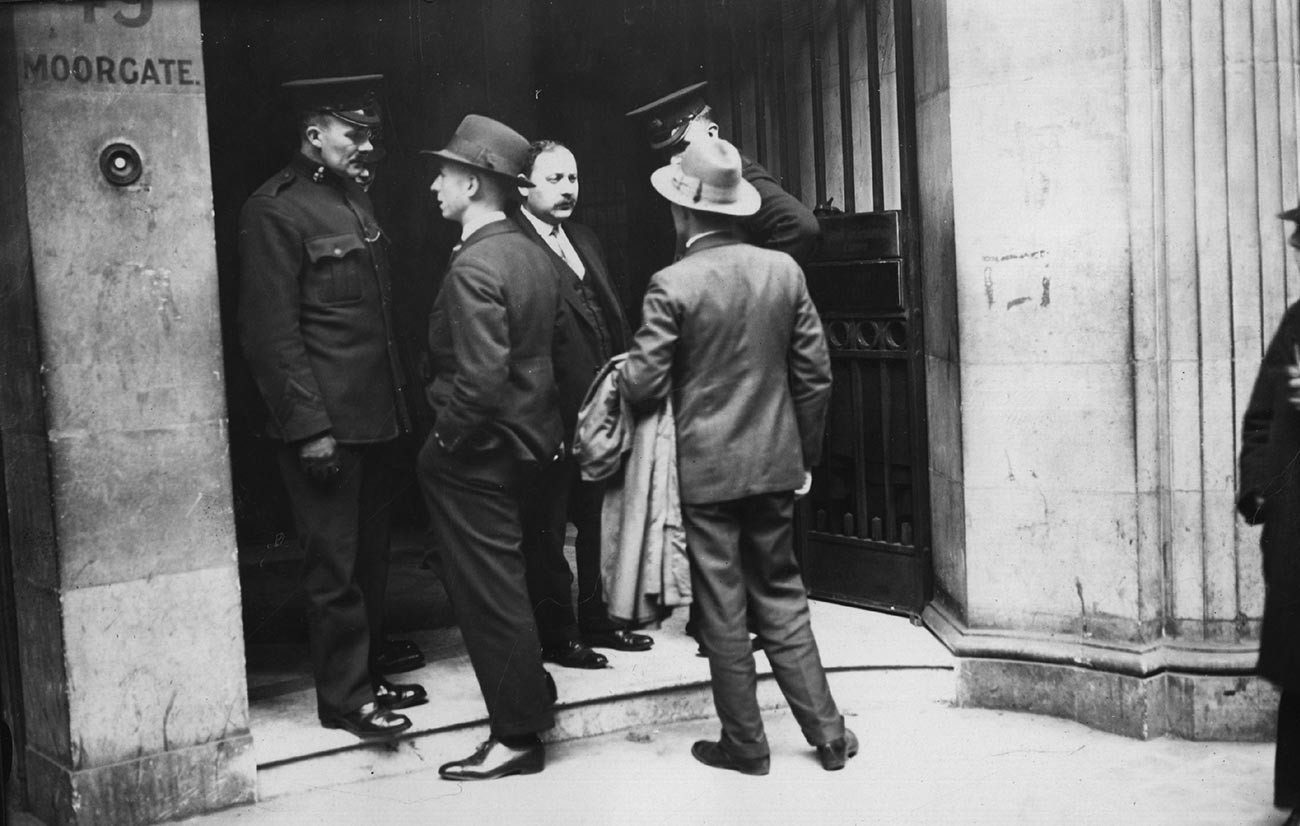 Police Inspectors examine people outside the Soviet ARCOS during a police raid.

The British officers who conducted the search also discovered a secret cipher room and recovered documents that, the British police said, confirmed that ARCOS was acting as a facade for espionage activity in the UK, South and North Americas, Africa - and even Australia. 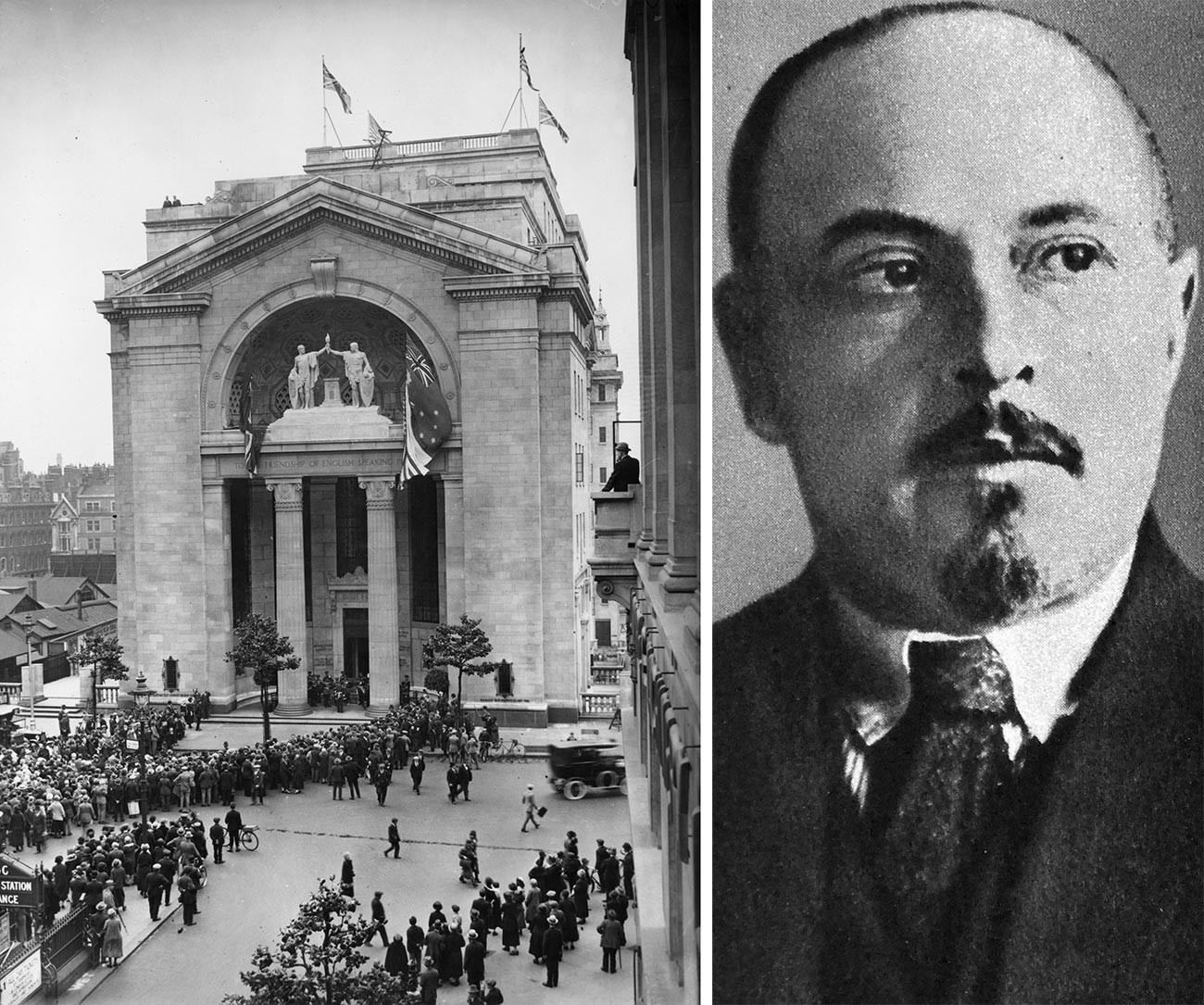 Chairman of the Trade Delegation, Mr. Khinchuk, representing ARCOS in 1927. The All-Russian Co-operative Society (ARCOS) was the principal body responsible for the orchestration of Anglo-Russian trade in the early days of Soviet Russia, following the development of Lenin's New Economic Policy.

The reason behind the raid was a tip off MI6 and MI5 received from the Government Code and Cypher Schools, a British intelligence agency that resulted when some staff of intelligence agencies of the British Army and the British Navy was merged into one codebreaking agency in 1919. From then on, a long-lasting war ensued between British and Soviet ciphers.

From the very first days of its existence, the Government Code and Cypher Schools — today it is commonly known as GCHQ — was tasked with intercepting and deciphering communications of the Soviet Union. London had to know what dealings the USSR had with left-wing labor movements in Britain and other countries in Europe and in other continents. 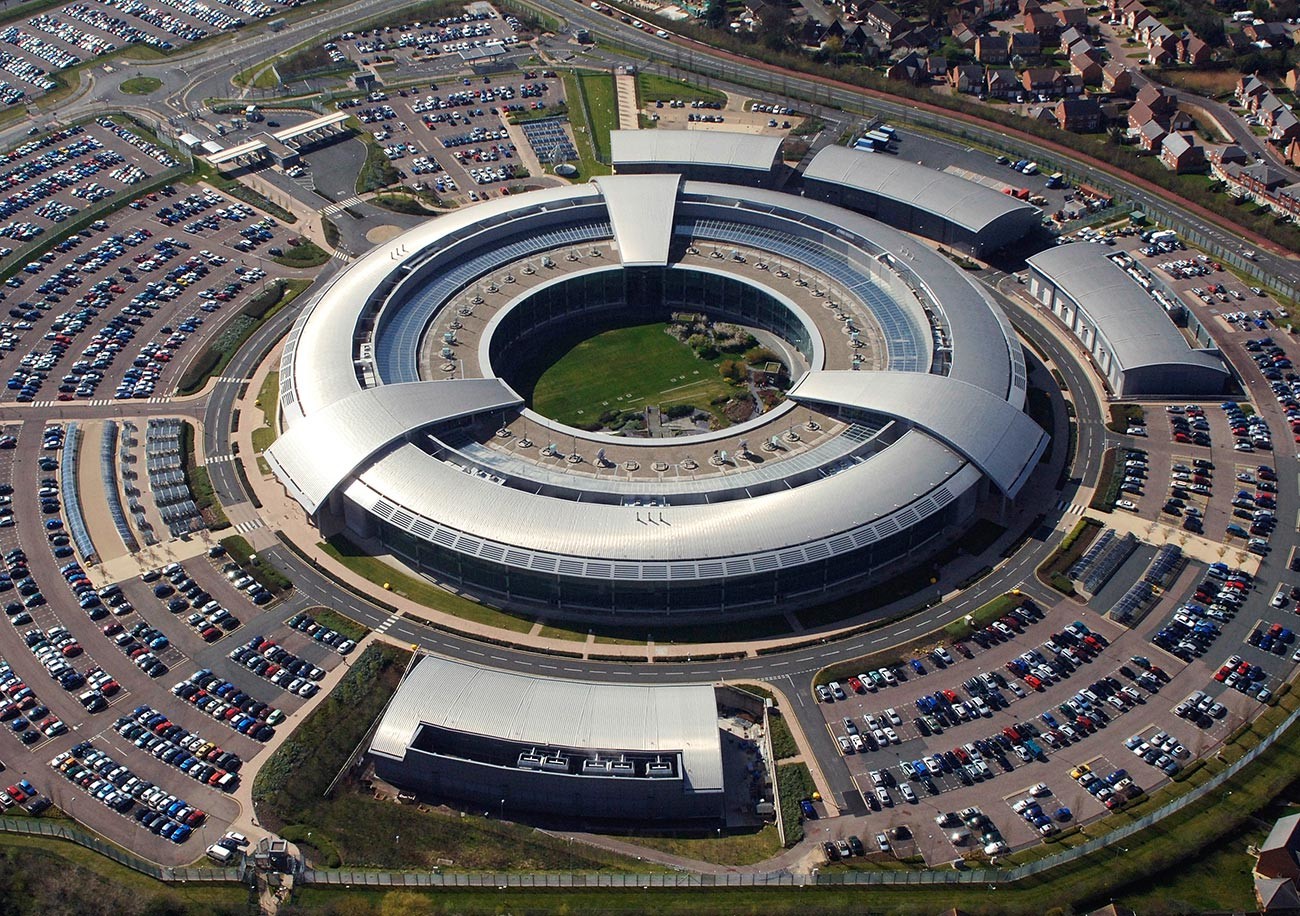 GCHQ headquarters known as The Doughnut.

The tip that resulted in the raid, and the subsequent espionage and political scandal known as the ARCOS Affair, came from the GCHQ when it successfully cracked Soviet communication codes soon after the 1917 Russian Revolution with the help of Russian officers who fled the civil war.

Deciphering secret messages of the early Soviet government was not a hard task for the Brits, who used the help of disenchanted tsarist officers, since the new Soviet authorities used the old message encoding system used in tsarist Russia and improved it only slightly. 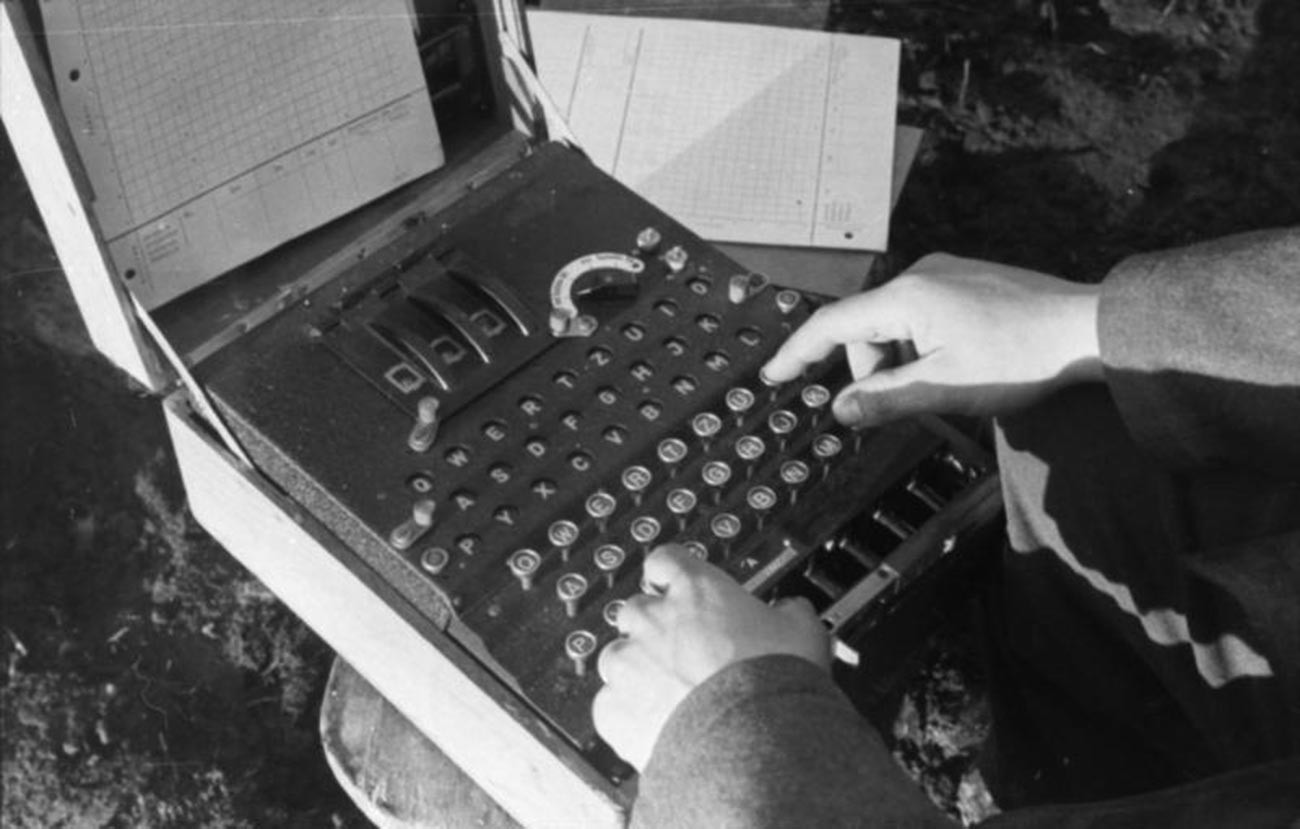 GCHQ cracked Soviet communication codes soon after the 1917 Russian Revolution with the help of Russian officers who fled the civil war.

For a few years, British intelligence was able to read secret Soviet messages, including the ones coming in and out of the Soviet trading company ARCOS, which, the MI6 suspected, was a place where a classified Signals Training manual base illegally procured from the Aldershot military was being hidden.

The raid and the ARCOS Affair caused a severe crisis in British-Soviet relations. Justifying the raid on the Soviet ARCOS to the House of Commons, PM Stanley Baldwin inadvertently revealed that British intelligence had successfully deciphered secret Soviet communications. 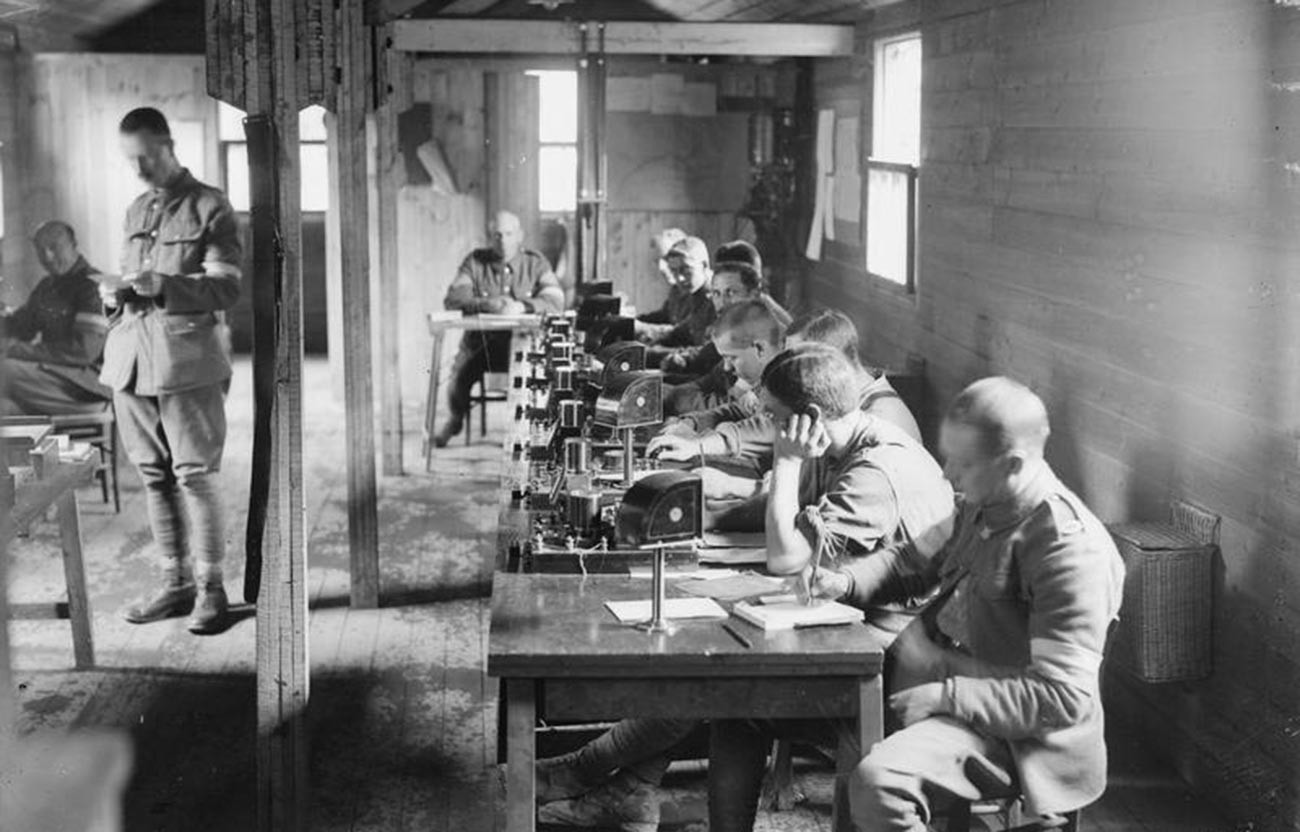 The Soviet side reacted and swiftly changed the ciphering system: from then on, Soviet diplomats, spies and other officials with clandestine missions started using one-time ciphers to transmit messages. The updated Soviet communication was virtually impossible to decipher. 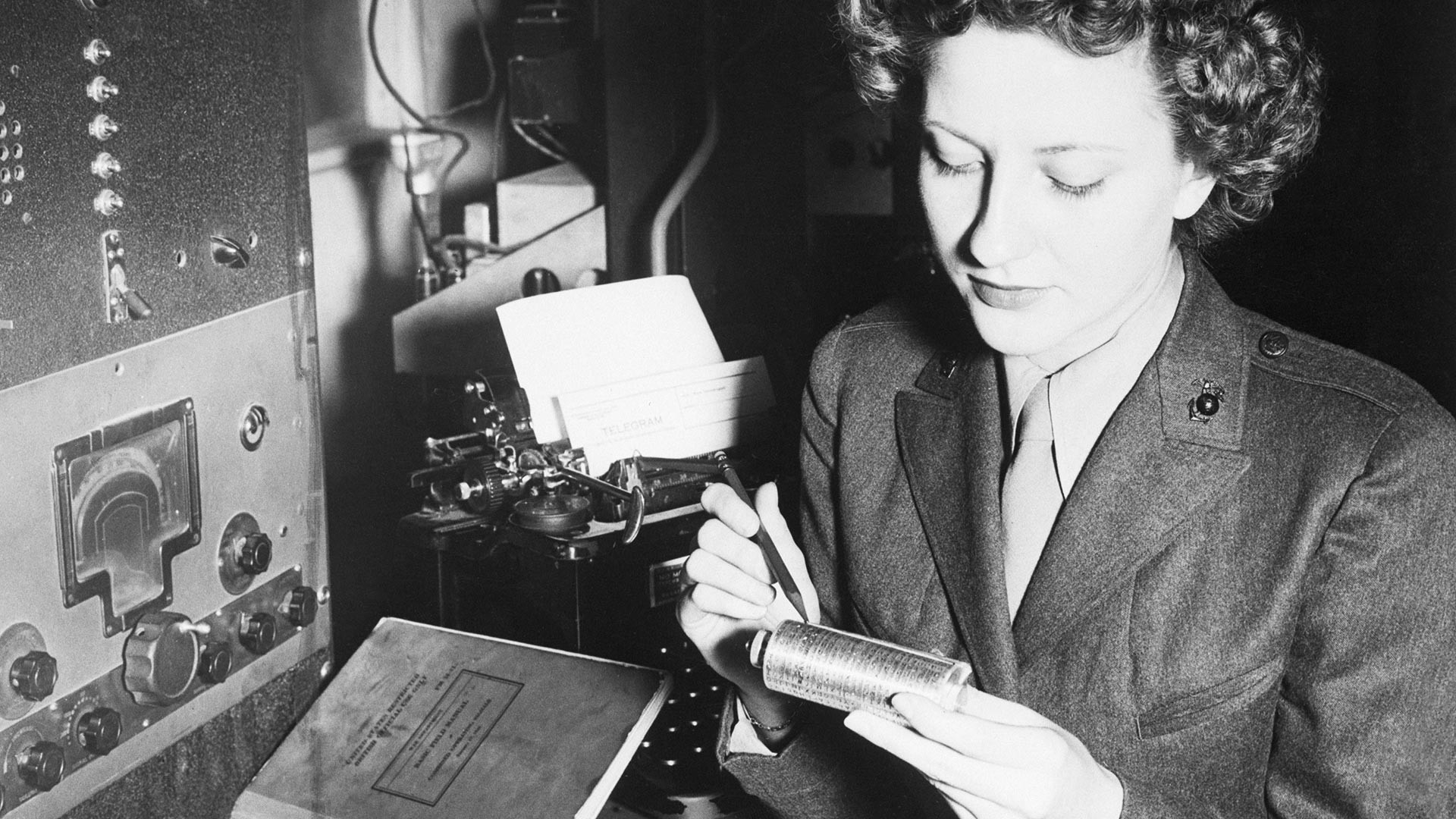 World War II made the former foes — The UK and the USSR — become friends and join forces in the fight against the common enemy, Nazi Germany.

World War II made the former foes — The UK and the USSR — become friends and join forces in the fight against the common enemy, Nazi Germany. As many Soviet encryption specialists were wiped out in the course of Stalin’s purges, Soviet leadership relied on information acquired from the British government, but also from Soviet moles within the British establishment, like Kim Philby.

Nonetheless, the Nazis were unable to crack Soviet codes during WWII — an achievement that testified to the bravery and rigor of Soviet cryptographers.

The short-lived friendship of British and Soviet cryptographers ended with the start of the Cold War. British intelligence joined arms with the American colleagues in an attempt to break Soviet codes and decipher Soviet messages. 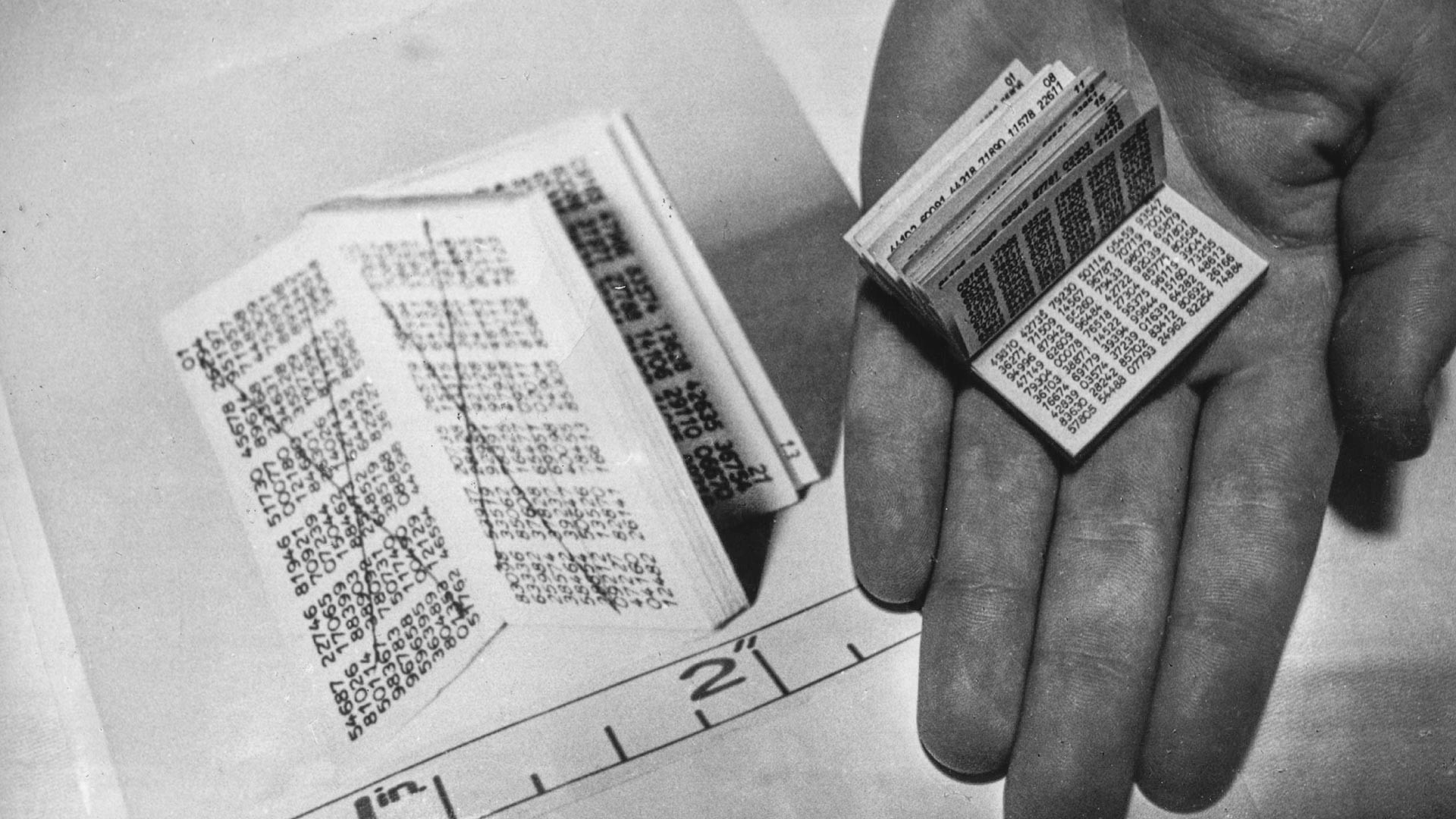 The miniature code book containing a series of numbers, which, according to the Attorney-General Sir Elwyn Jones, was used by spies to decode messages from Moscow. It is enlarged on the left.

Although the Soviet one-time-key cipher system was unexplainable from the outside, an internal mistake of the Soviet NKVD meant that the one-time keys containing repetitions were compiled into a single book, which allowed the British intelligence to exploit the system in 1946 and decipher communications in the Soviet land and air forces, as well as in the Navy.

Thanks to its own double agents in the British intelligence community, the Soviet Union got wind of the leak in 1948 and changed codes and communication procedures used by the countries of the Warsaw pact.

Since then, British intelligence has not not revealed any substantial breakthrough in deciphering secret Soviet or Russian communications.

Click here to check out 27 Western spy tools confiscated by the Soviet KGB.