Does Russia train animals to be spies and assassins?

Lifestyle
Yekaterina Sinelschikova
Barry Sonnenfeld/Columbia Pictures,1997 /Legion Media
The CIA once tried to train cats as spies, which didn’t quite work out. The USSR, however, had a far more solid record in that respect.

“They slit the cat open, put batteries in him, wired him up. The tail was used as an antenna,” a former CIA officer, Victor Marchetti, told The Telegraph newspaper. “They tested him and tested him. They found he would walk off the job when he got hungry, so they put another wire in to override that.” The CIA operation with cats, called ‘Acoustic Kitty’, was declassified in 2001. Marchetti described its outcome a “gruesome creation” and a “monstrosity”.

What is Acoustic Kitty?

The project began to be developed in the early 1960s. One of the theories as to why the secret services conceived such an operation, according to TIME magazine, was that Soviet officials and agents often held their secret meetings in places where there were cats walking around, usually in parks and public gardens. So, the CIA figured, the Soviets could spot other agents, but they would hardly suspect... a cat. That was how the idea to implant bugging devices inside cats and train them to “wander” in the right places was born. The operation took five years of cat training and cost more than $10 million. 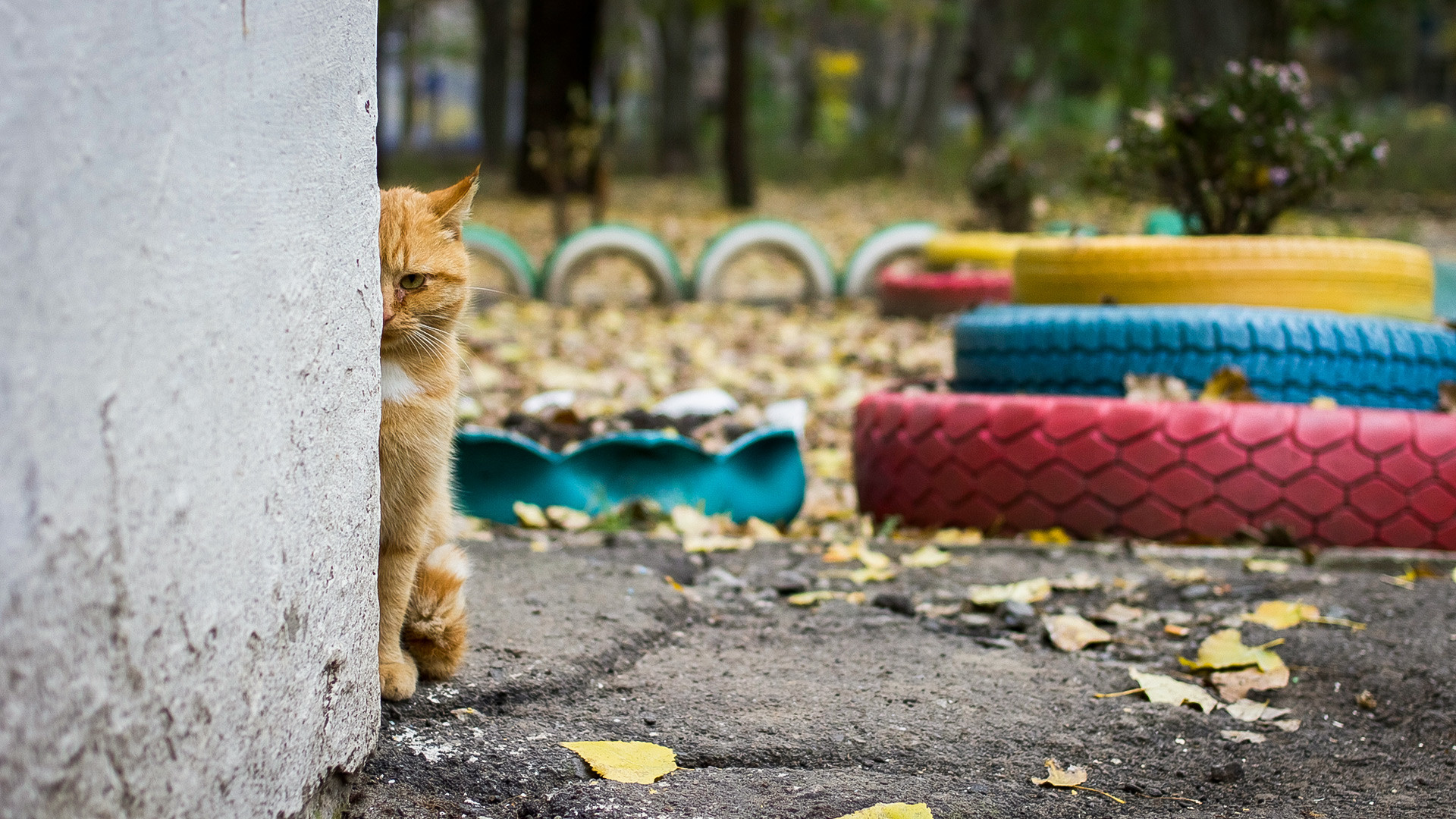 When the time came for a real mission and a ‘spy’ cat was let out across the street from a park in Washington, it was hit by a passing taxi. It did not even reach its destination. That was an obvious failure, and the Acoustic Kitty program was terminated. Once this story became public, it provoked nothing but ridicule and accusations of cruelty to animals. Some believe that the CIA was, in fact, inspired by similar Russian experiments. In 1943, the Times newspaper printed an article about a cat called Murka. During the fighting in Stalingrad, it was used to bring correspondence to the military headquarters under shelling. This is not at all what Acoustic Kitty was designed for, but the USSR had carried out other experiments, too (unfortunately, no less cruel), that may have given the CIA enough ‘inspiration’.

Anti-tank dogs began to be trained in the USSR in the 1930s and were put to use during World War II. Incidentally, their first major mission, too, ended in failure. However, the project was not abandoned. In 1942, the Soviet Army had some 2,000 dogs trained to run under German tanks. 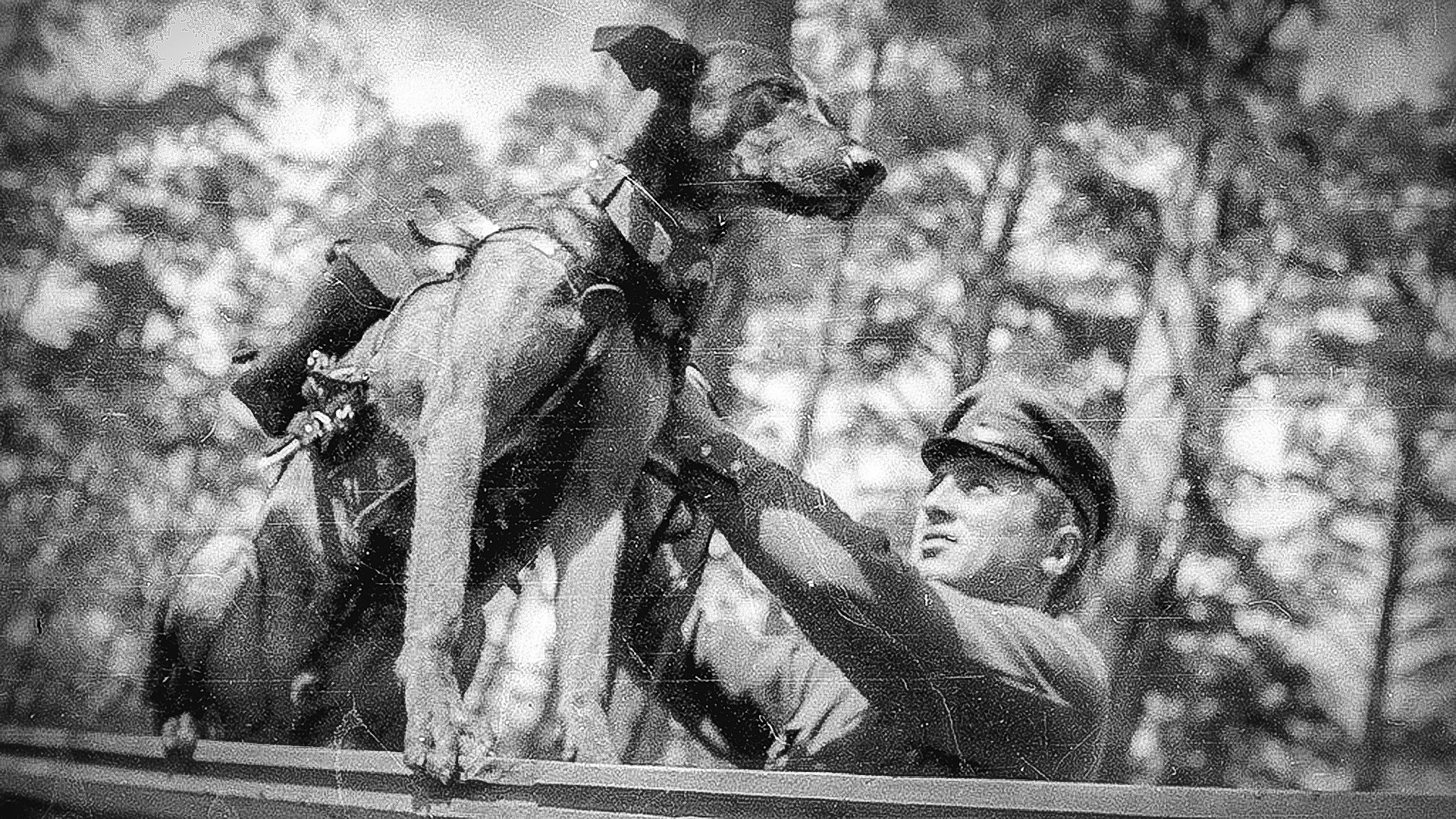 The dogs had a bomb attached to their backs and they would carry it under a tank, thinking there was a treat there waiting for them. Before a ‘mission’, the dogs were starved for several days. Their training was based on the fact that the dogs were given meat from a tank's lower hatch. Also, they were taught not to be afraid of running under a tank. A dog would dive under a tank, the detonator would hit the underside of the tank and the bomb would explode. In total, 304 enemy tanks were destroyed by this method. But, by 1943, the project had been wound down: many dogs began to get scared and would run back. Moreover, this directly threatened Soviet soldiers and tanks.

Training marine mammals turned out to be much more successful. Their intelligence and trainability made it possible to turn them into perfect spies and security guards. For example, dolphins were trained to stick mines to the bottom of submarines, search for bottom mines and lost submarines (yes, sometimes even submarines get lost), protect facilities and even take photos - the animals were able to direct the lens to the target, freeze and only then release the shutter of a special camera (with their noses!). 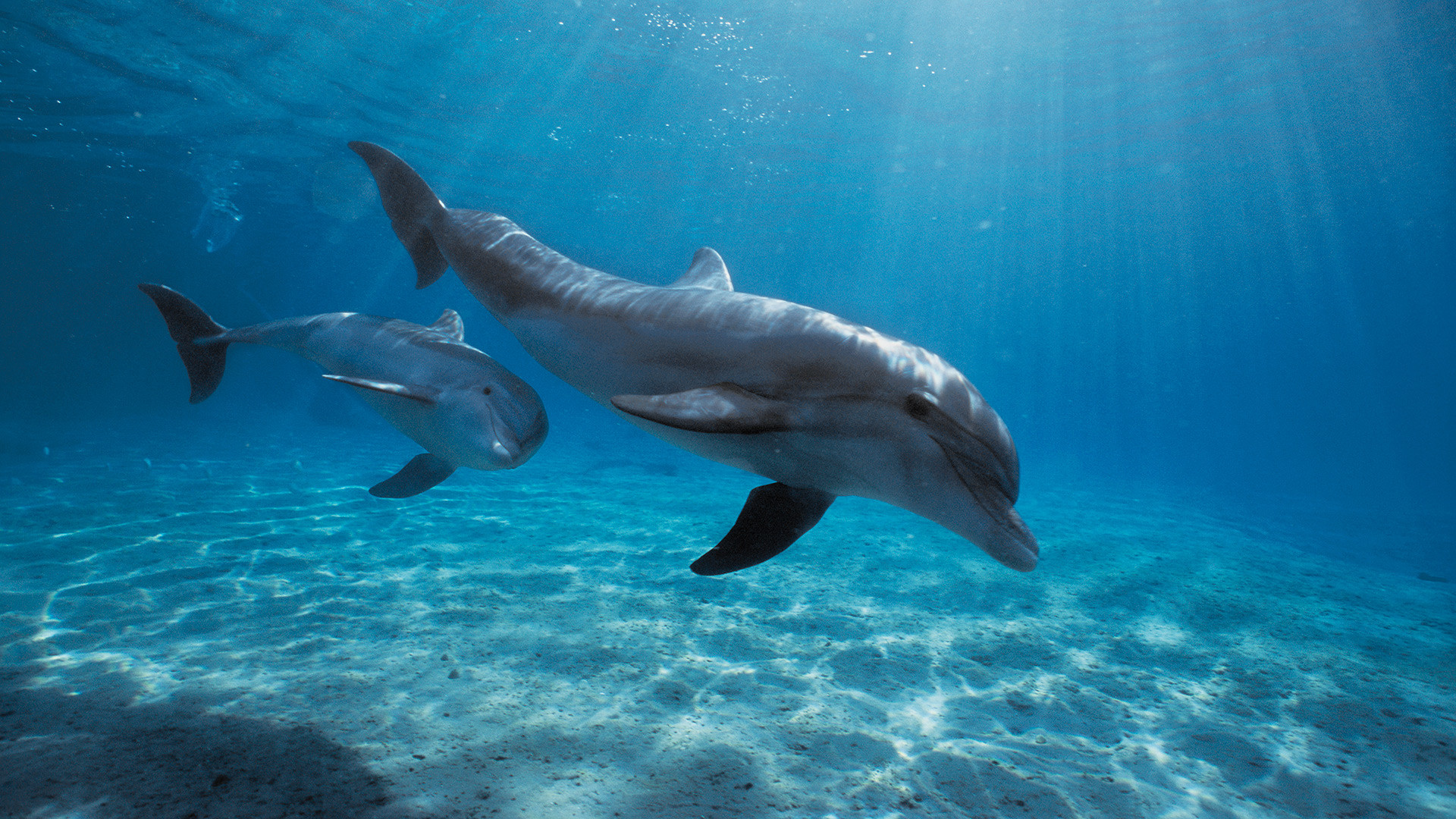 The first military aquarium with bottlenose dolphins was opened in 1967 in the Cossack Bay in Sevastopol, and by the 1970s, it already had several dozen research institutes working for it. Bottlenose dolphins were kept in enclosures near the shore, from where they could hear any underwater object within a half-kilometer radius.

“I was present at a military exercise where dolphins searched for saboteurs in the Sevastopol Bay,” recalls Lev Mukhametov, head of the marine mammals group at the Ecology and Evolution Research Institute of the Russian Academy of Sciences. “Having found the intruders, they pressed a special pedal. A rocket went up in the air and an alarm went off. Then, the dolphin pointed with its nose at the intruder's approximate location. After which it pressed another pedal, and the door to the enclosure opened, and the dolphin rushed to the intruder and neutralized him.”

“Neutralizing” meant that the dolphin tore off the intruder's scuba mask and pushed him to the surface. For a long time, analysts toyed with the idea of turning dolphins into assassins, but practice showed that after an attack with a knife or a paralyzing needle, dolphins experienced severe stress and began to sabotage further operations. Which cannot be said for sea lions and seals, who were happy to pierce anyone with needles and felt no remorse. 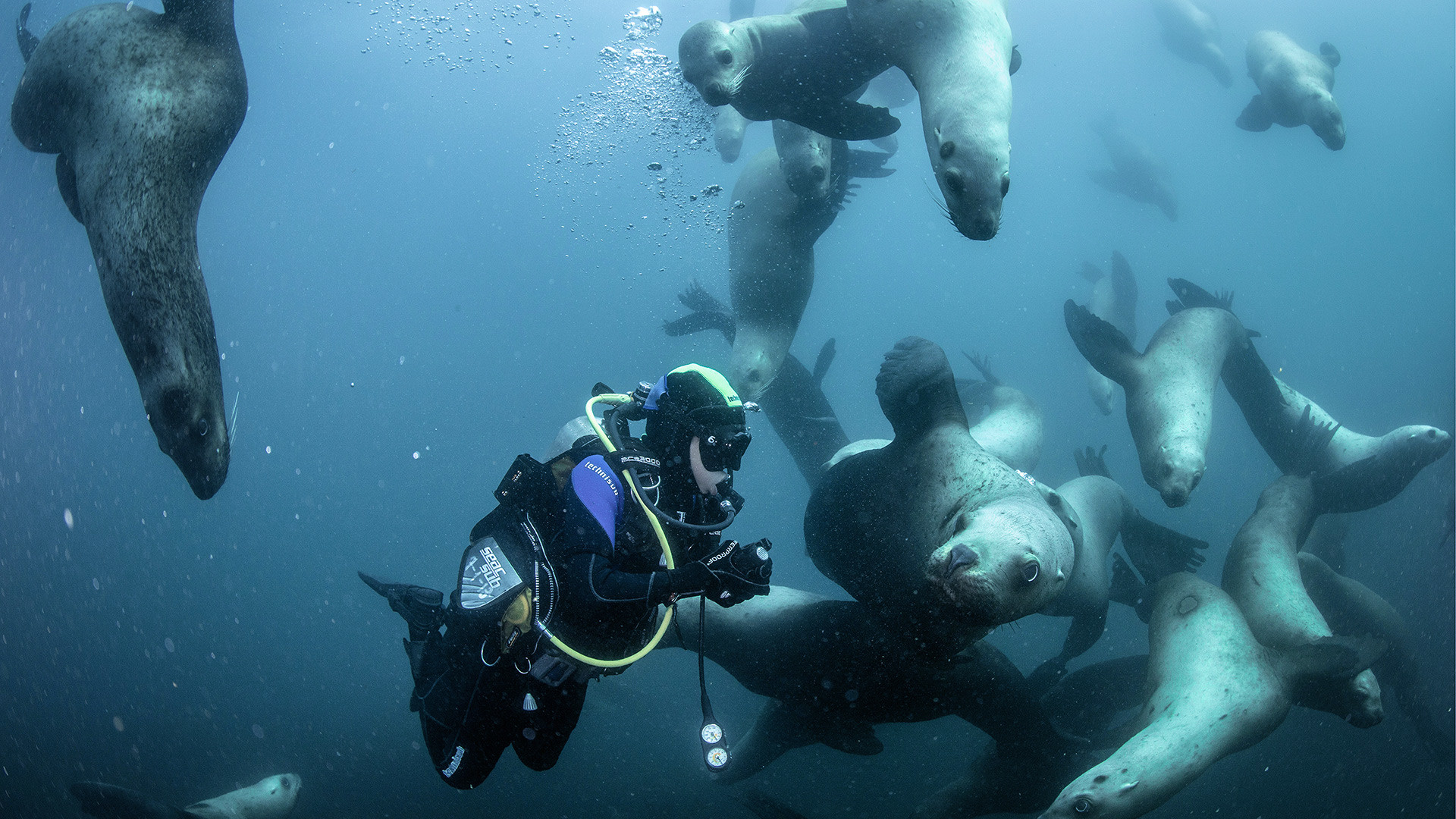 The idea of training seals for military purposes first originated in czarist Russia, back in 1915. In a matter of three months, they were trained to operate against submarines and to find and push torpedoes to the surface using a special grip. However, one night all the animals were killed. “I achieved amazing results, but with someone’s malicious hand they were all poisoned, which was confirmed by a medical autopsy,” trainer Vladimir Durov wrote to the Navy General Staff.

The idea to use seals for military purposes was revived years later. In the early 1980s, they were trained to attack saboteurs with their teeth: biting through scuba tubes or mauling intruders like dogs, said trainer Viktor Ganichkin.

Now this line of research has been suspended. Dolphins, whales and seals are being trained, but not for military purposes. That said, now and then something happens to revive old suspicions. For example, in April this year, Norwegians caught a beluga whale with a camera mount, which had “Equipment of St. Petersburg” written on it. Can you guess what for?

Read more: Can this beluga whale really be a Russian spy?