5 BIGGEST emergencies inside the U.S. Embassy in Moscow 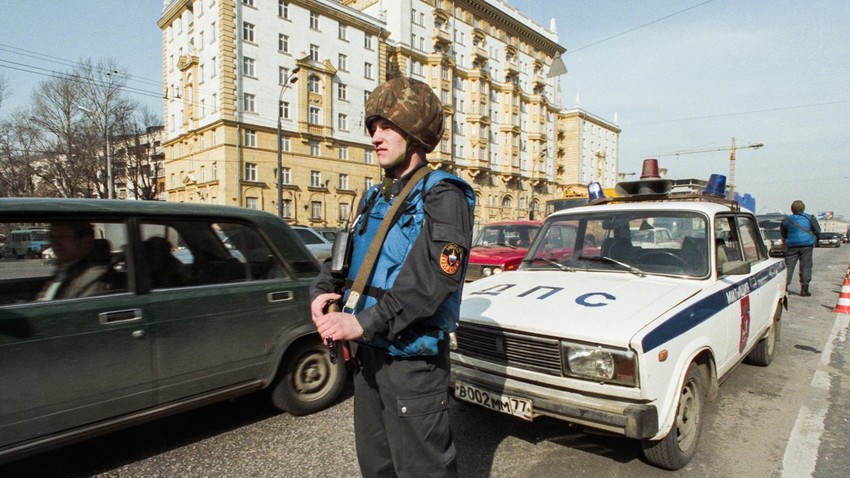 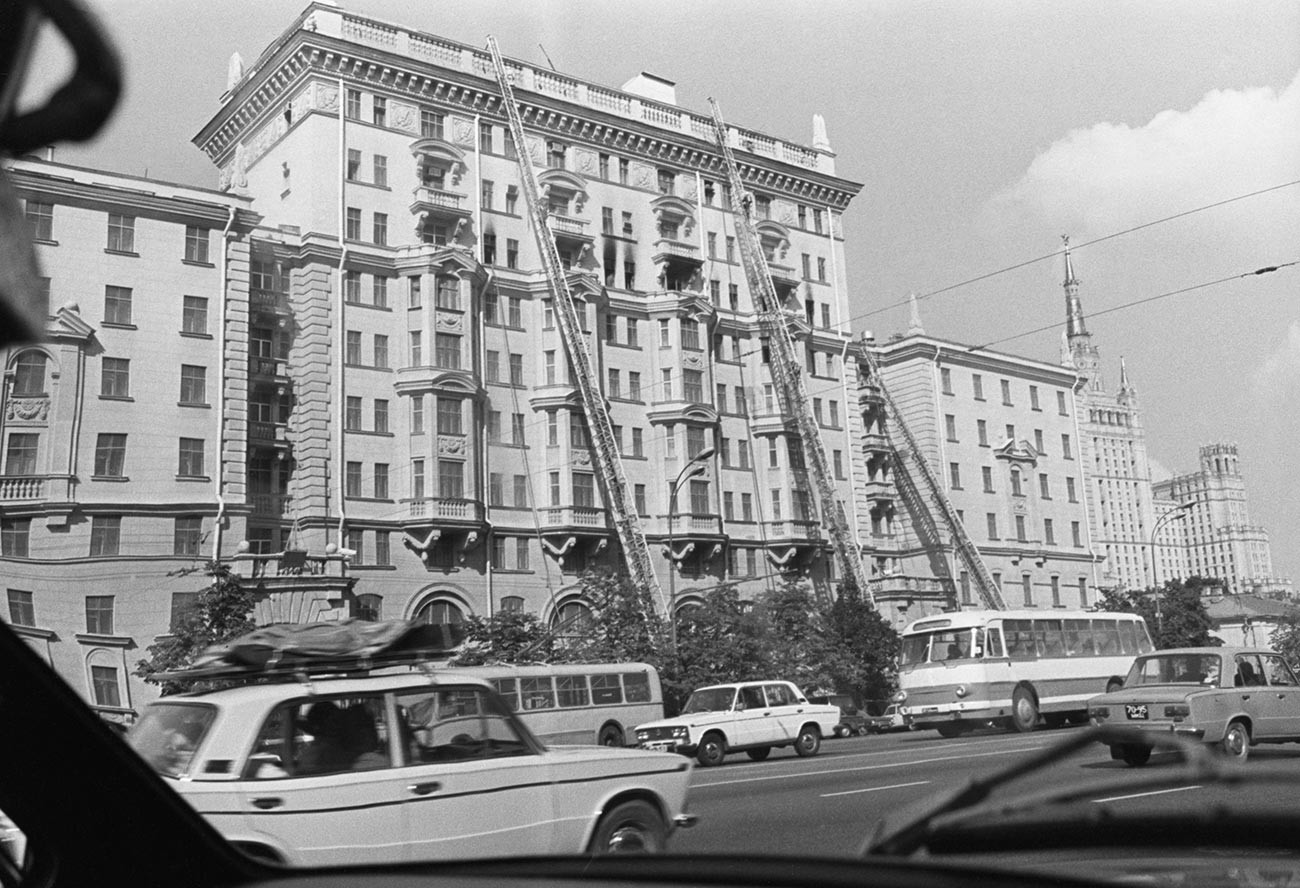 The U.S. Embassy erupted in flames on August 27, 1977. The fire started on the eighth floor and quickly spread throughout the building.

“It was a little after 10:30 pm on a Friday night. I was relaxing in my apartment at Spaso House [the Ambassador’s residence] when the phone rang. Most of the eighth floor of the Embassy was on fire. The economic section, on the north side of the central wing, was almost completely engulfed, and I could see that the fire was rapidly spreading to the Press and Culture section down the hall on the south side of the building. The Marines had been fighting the fire ever since it had been discovered less than an hour before, but it was rapidly getting out of control,” recalled a former embassy employee Jim Schumaker who had only recently arrived in Moscow.

Soon, Soviet firefighters arrived on the scene. In the midst of the Cold War, however, Americans suspected some of the firefighters might actually be KGB officers in disguise and therefore had to risk to guard secret documentation stored inside the burning embassy. The Soviet authorities fiercely dismissed the accusations.

Fortunately, nobody was killed in the fire. 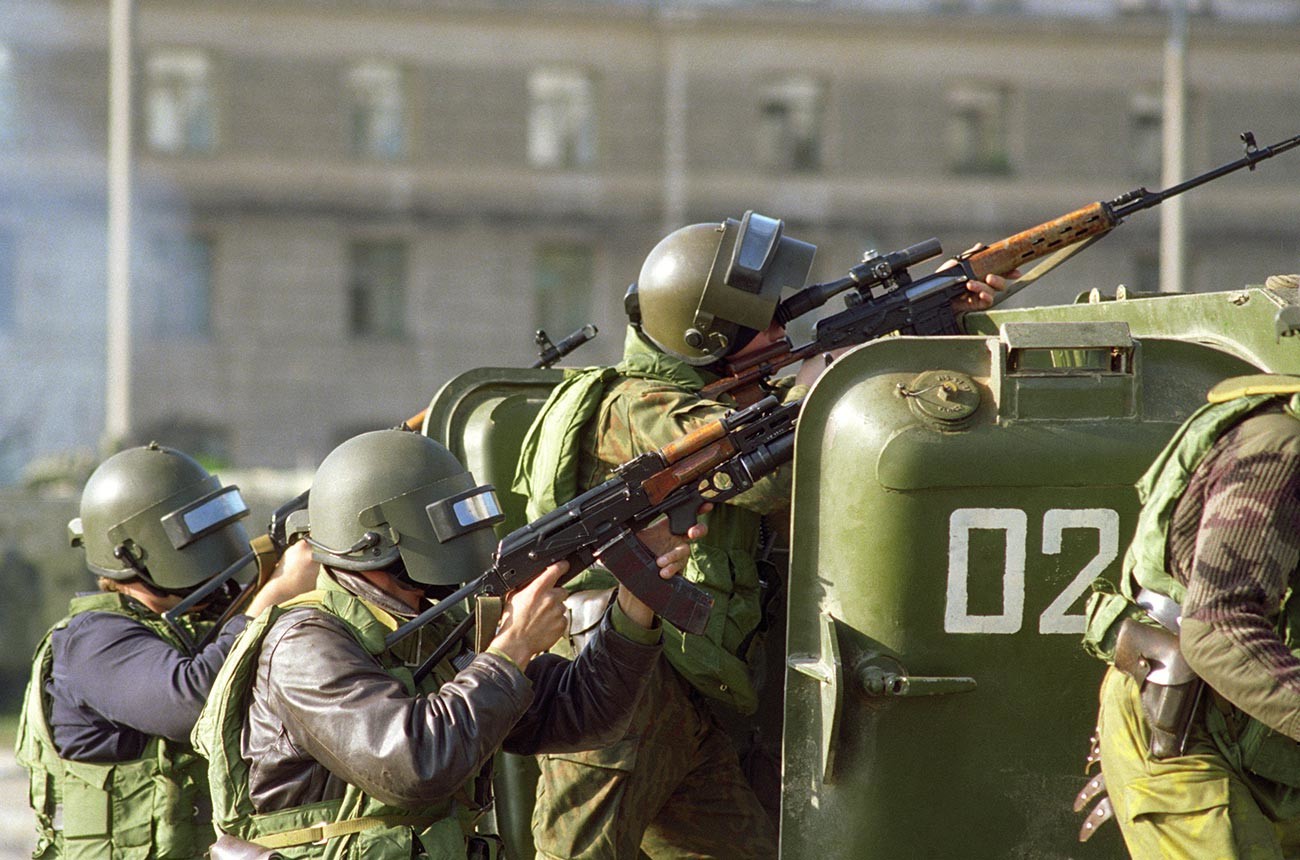 On March 28, 1979, the second secretary of the U.S. Embassy in Moscow allowed a stranger inside the diplomatic compound. As soon as the stranger passed the Soviet guard at the entrance and entered the building, he revealed a suicide belt and announced that he would blow up the embassy unless he was allowed to leave the USSR and (attention!) enroll in a graduate school in the U.S.

Tough hours of negotiations ensued as Soviet negotiators tried to convince the man to give up his plan and surrender. Unable to reason with the unstable person, the authorities sanctioned a special operations team dubbed ‘Alfa’ to raid the compound and neutralize the man.

The raid led to a partial detonation of the improvised explosive device that killed the perpetrator. Members of the Soviet ‘Alfa’ spec ops were paraded as heroes, but harshly criticized behind the closed doors of the KGB. 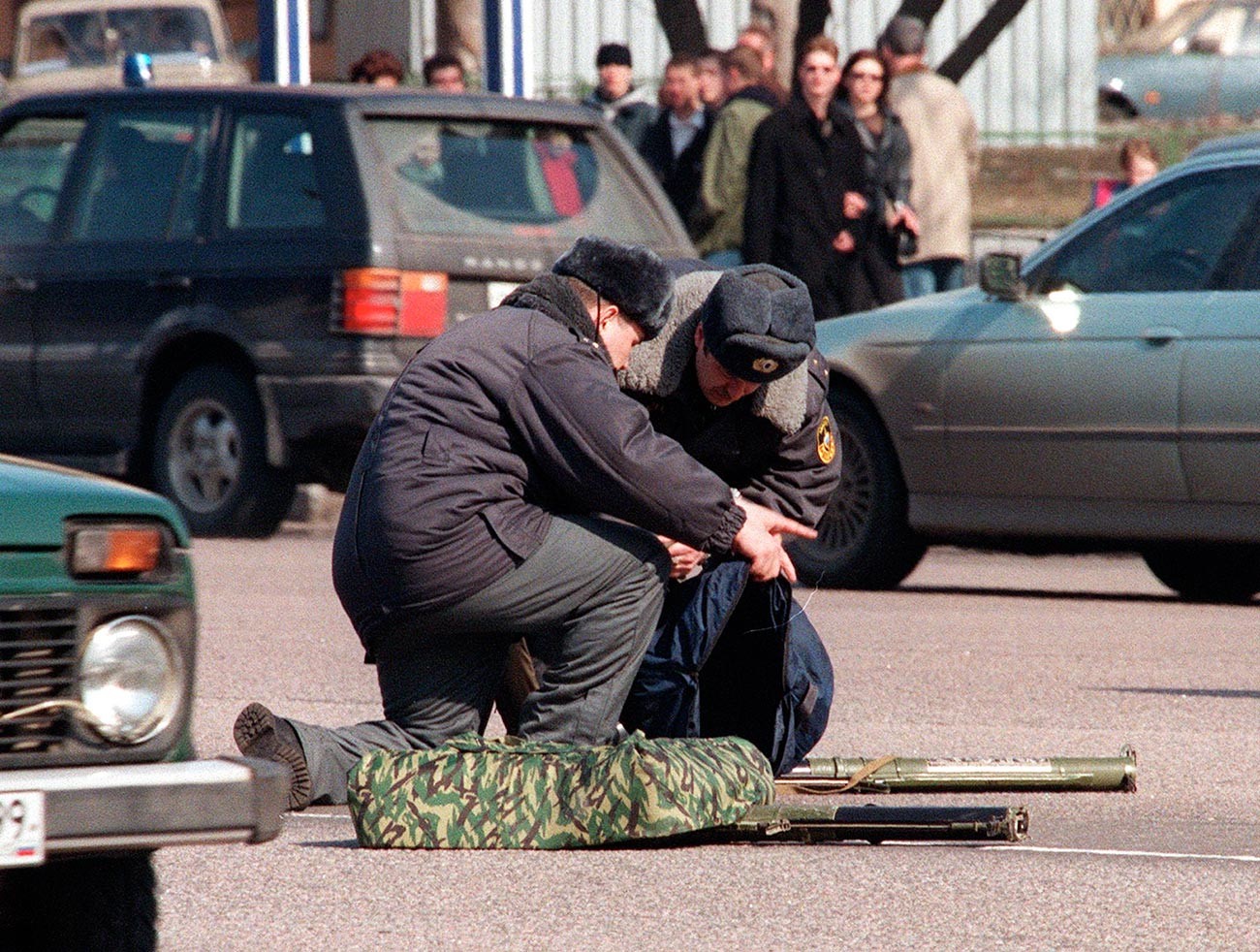 At midday of March 28, 1999, the police received a message about a hijacked Opel SUV in Moscow. Soon, the car the police were looking for was spotted next to the U.S. Embassy.

It stopped abruptly, despite traffic and a man carrying a grenade launcher appeared from the inside. He aimed at the middle of the building and pressed the trigger, but the weapon misfired. The Russian police, who noticed the attempted attack on the embassy, opened fire. Under fire, the man dropped the grenade launcher, fired a few rounds towards the embassy with a rifle and fled the crime scene. The attack had coincided with the NATO bombing of Yugoslavia in 1999.

The city was locked down and the police soon discovered the car that had been abandoned. Only a year later did the police finally detain a suspect. A 42-year-old sculptor named Alexandr Suslikov was deemed to be sane, but received a shortened sentence of 6.5 years in prison.

This was not the first time the U.S. Embassy in Moscow was attacked with a grenade launcher. Four years earlier, in 1995, an unidentified person launched a grenade towards the embassy building that fell short of a window on the sixth floor and damaged the building only slightly. Luckily, nobody was killed on either occasion. 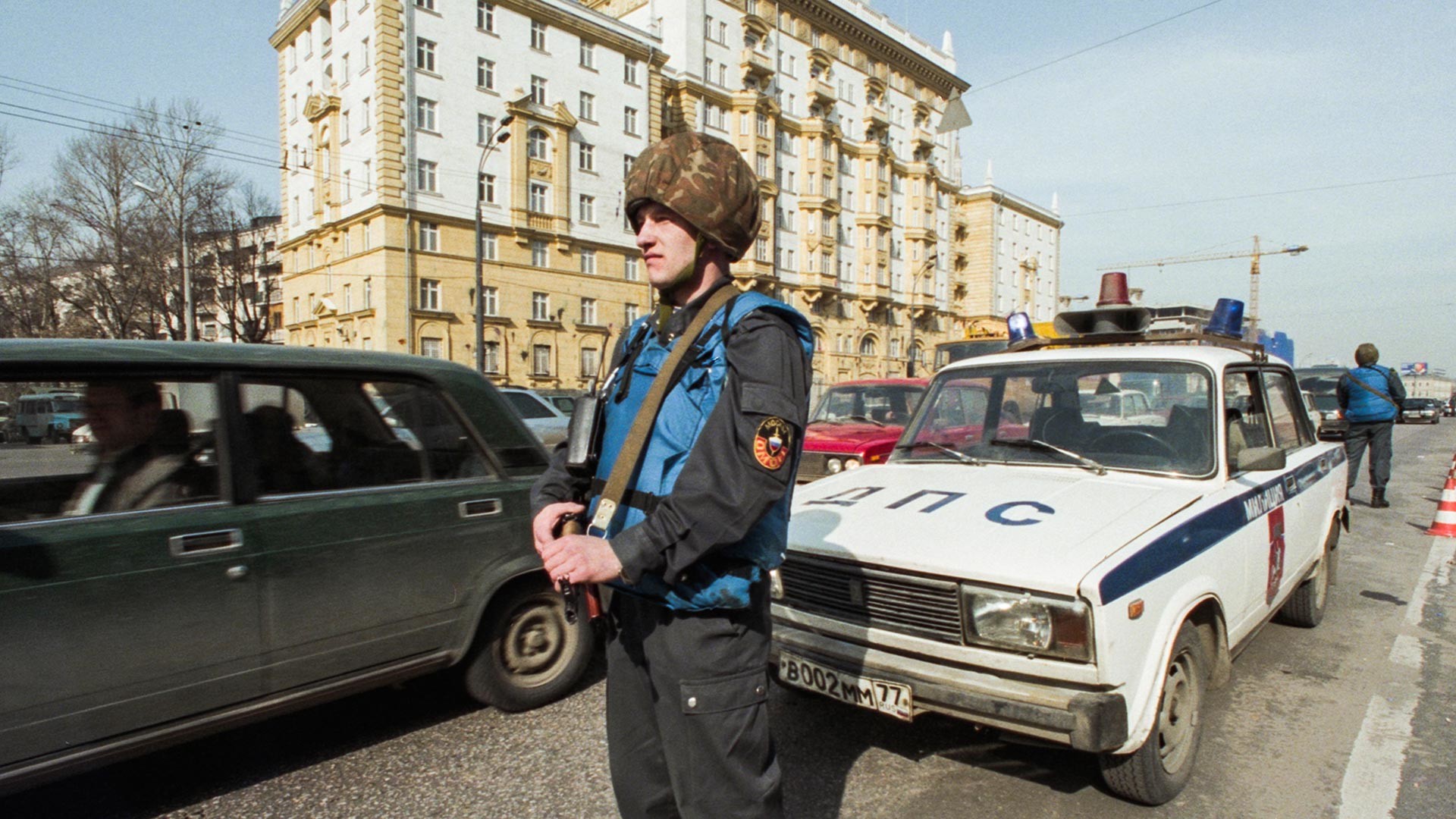 On January 11, 2000, a drunken Russian conscript climbed over a fence and got inside the U.S. Embassy compound in Moscow. He immediately locked himself inside a car parked in the compound, started the engine (the keys were left inside) and began driving within the embassy walls.

Armed U.S. Marines opened fire and “subdued [the intruder] with force”. 20-year old Yevgeny Ivanov was injured, but recovered in a hospital. He was later charged with attempted theft.

On June 6, 2016, a diplomatic scandal broke out between Moscow and Washington. The two capitals exchanged accusations about an incident that happened right at the front door of the U.S. Embassy in Moscow.

At night, a Russian police officer who was guarding the entrance to the embassy engaged in a struggle with an unidentified man who was trying to get past him and enter the embassy.

Washington said the man in question was an American diplomat who was unlawfully stopped by the Russian police; Moscow maintained that the policeman had acted in the interests of the embassy, as he was trying to prevent an unidentified person from entering the compound late at night. Soon, the press identified the mysterious man as an undercover CIA agent who was on a mission and did not want to reveal his personality to a Russian policeman.

Click here to read about Soviet ‘Alfa’ Spec Ops that ‘neutralized’ a terrorist inside the U.S. Embassy in Moscow in 1979.