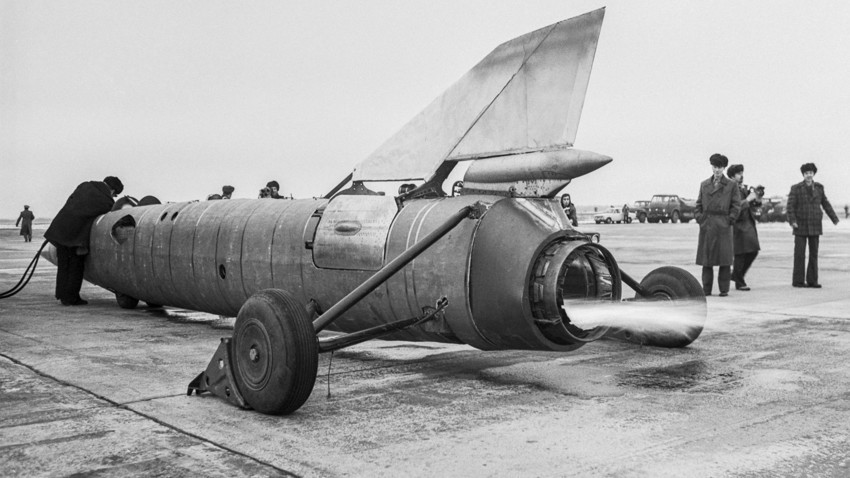 Mikhail Tur/TASS
Although the first motor racing championship of the USSR was held only in 1950, motorsports in the Soviet Union quickly developed in the following years.

WWI and the 1917 Russian Revolution hindered the motor racing that had been actively developing in the late years of the Russian Empire.

Only in the late 1930s did new Soviet authorities acknowledge that motorsport could benefit the automobile industry in the USSR, as experimental racing cars would allow testing of new parts and systems before they could be introduced in the serial production of Soviet cars.

The first Soviet racing car appeared in 1938. The new car was called ‘GAZ-GL-1’ and had a 65-hp-strong engine. The second generation of the car — which was powered by a 100-hp-strong engine — was the one that set the first official speed record of the USSR in 1940. It reached a speed of 161.87 km per hour (100 mph). Although this new record was rather modest and did not surpass the achievements of racers in Tsarist Russia, it was nonetheless quite a breakthrough for Soviet motorsports enthusiasts. 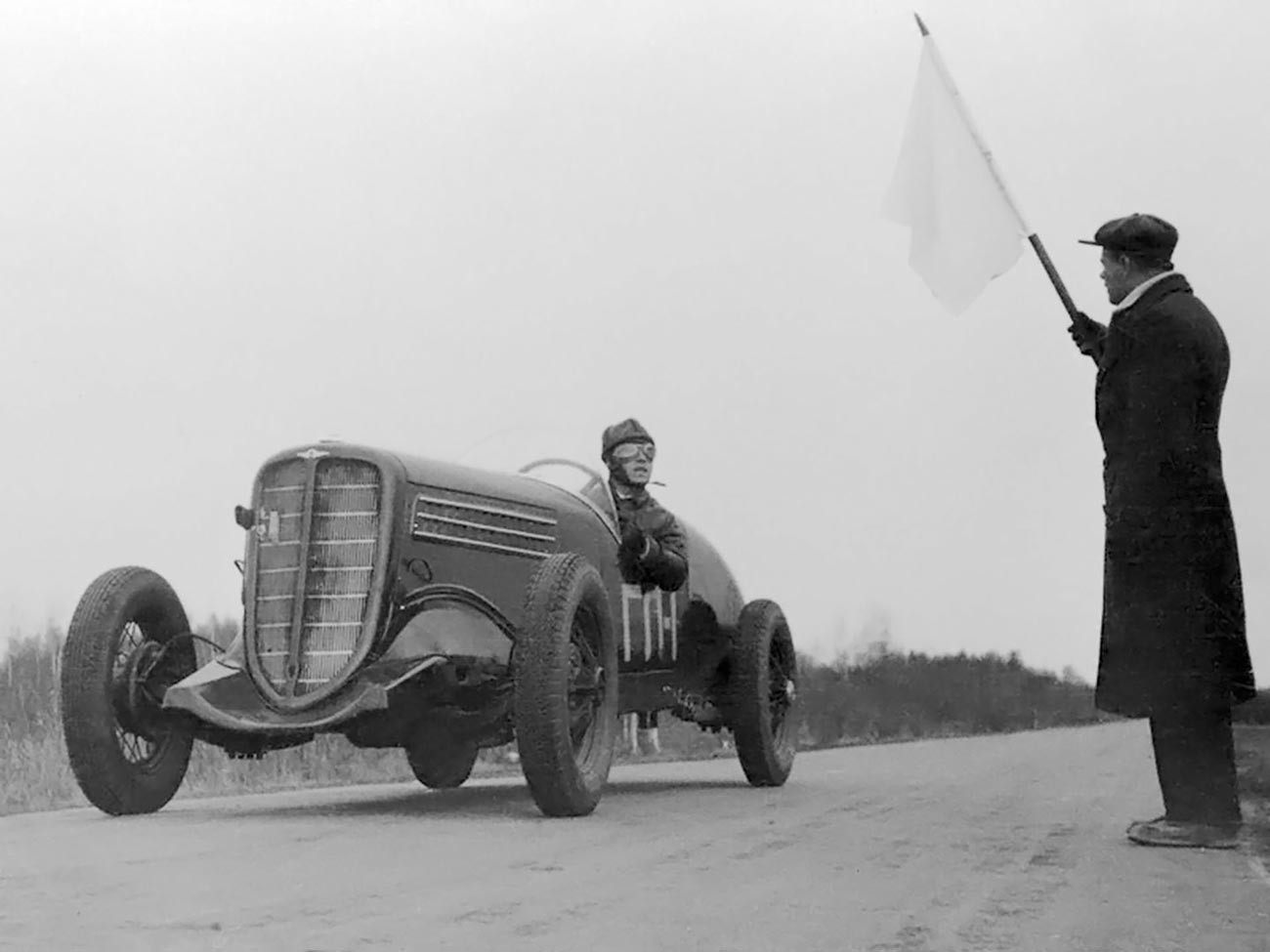 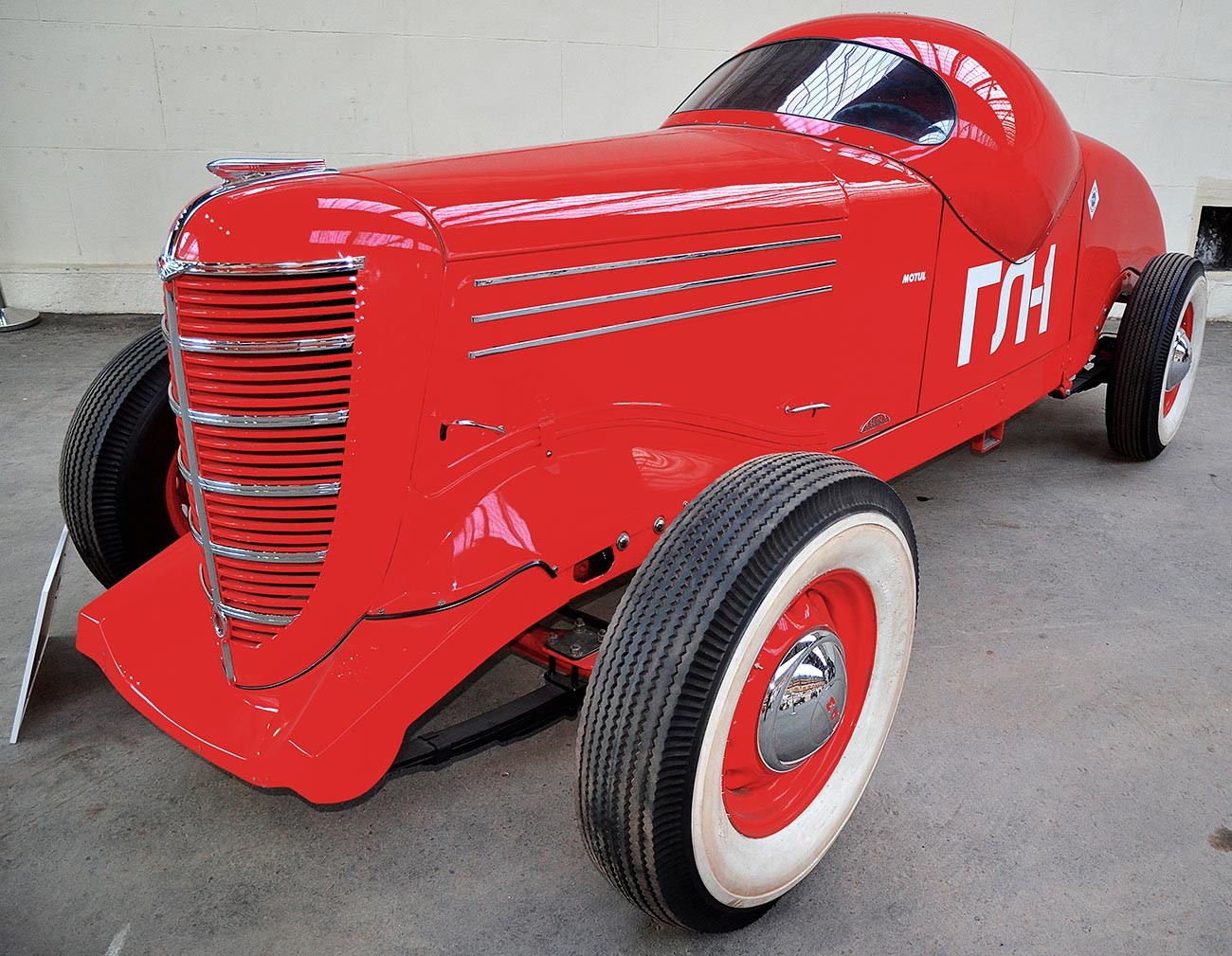 WWII stopped motor racing in the country for another half a decade. After the war, some German sports cars were brought to the USSR as reparations. German race car Auto Union ‘Typ 650’ was transformed into a Soviet-made model called ‘Sokol-650’. 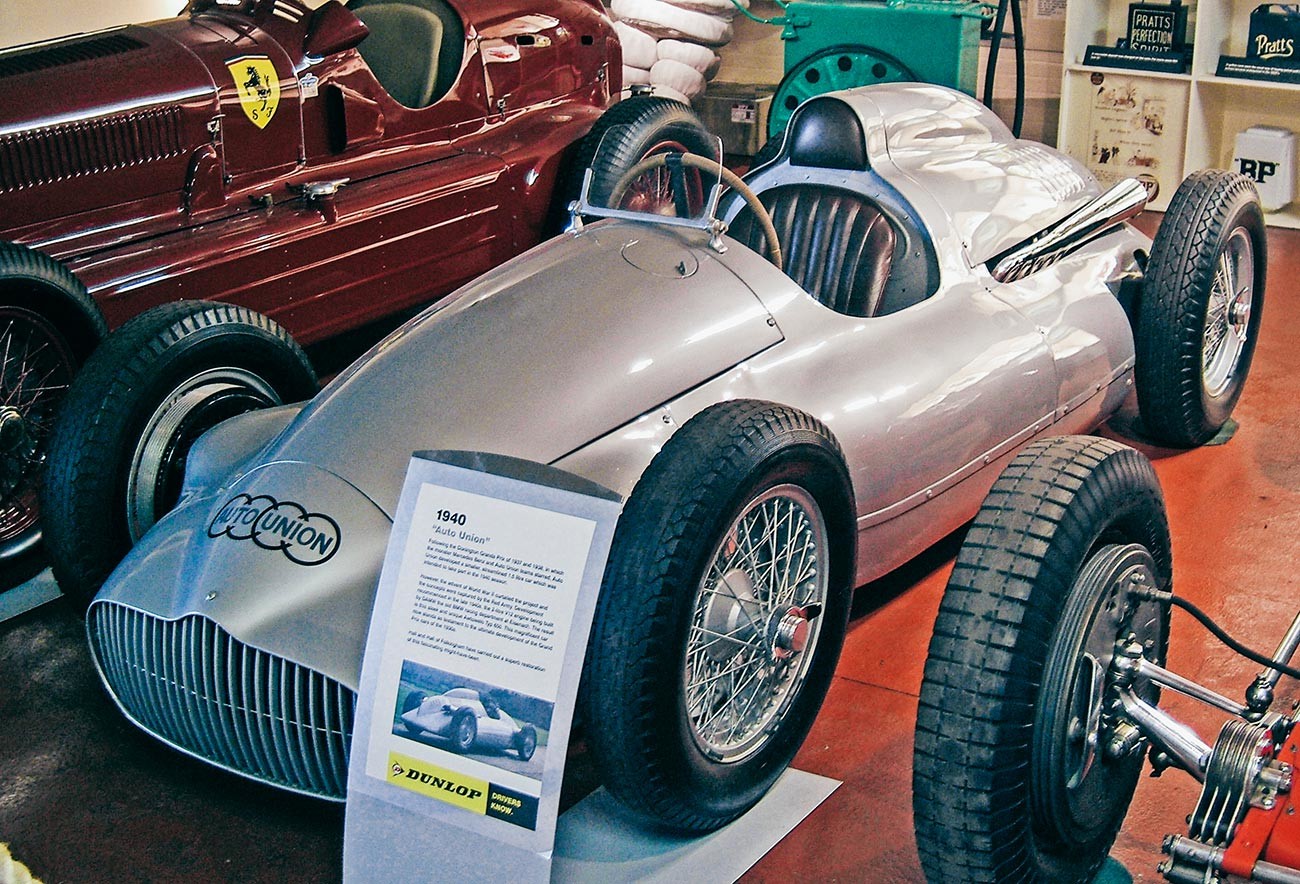 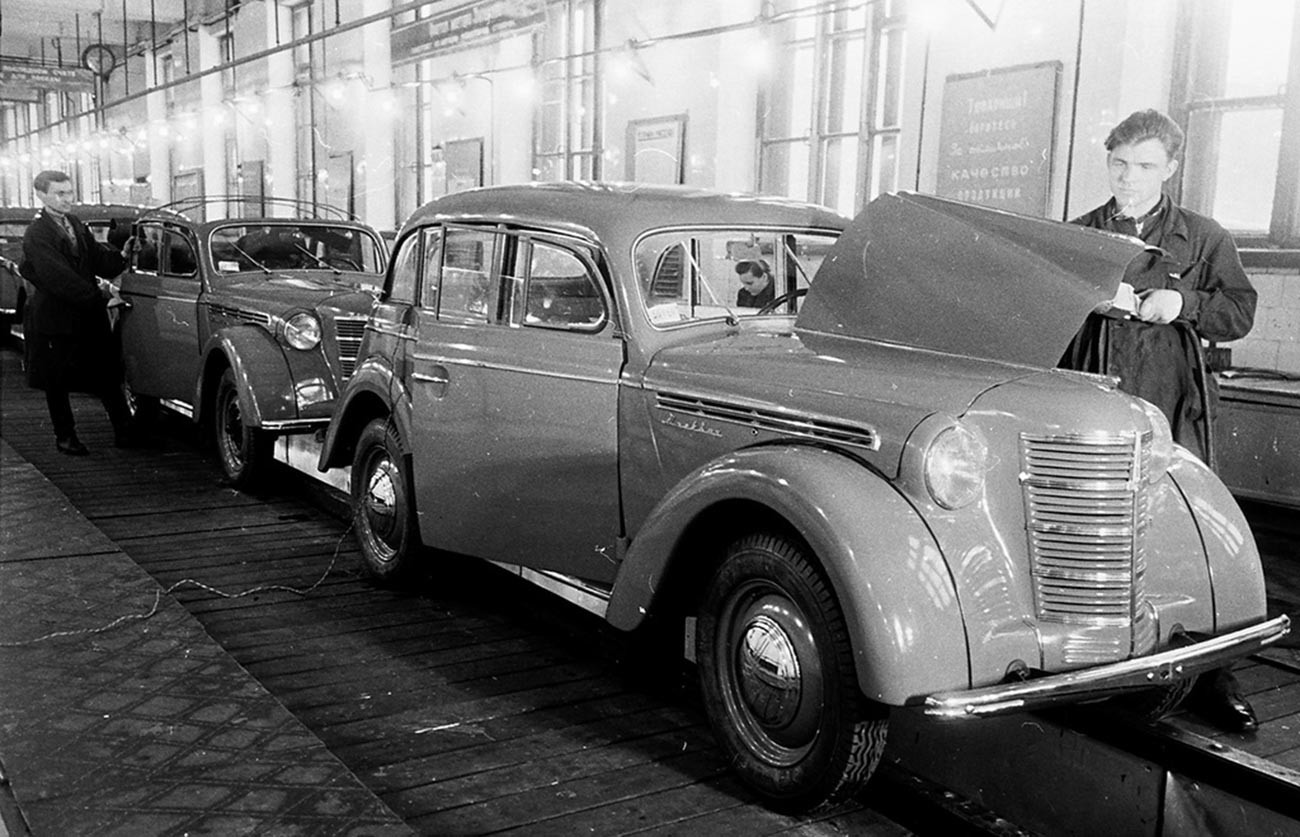 But the first motor racing championship of the Soviet Union was held only in 1950. It was a 300-kilometer-long race that used the Minsk public highway in the west of Moscow Region as the track.

The first circuit race in the USSR happened only five years later, in 1955. In the meantime, the International Automobile Federation accepted the Central Auto Motor Club of the USSR as its member. 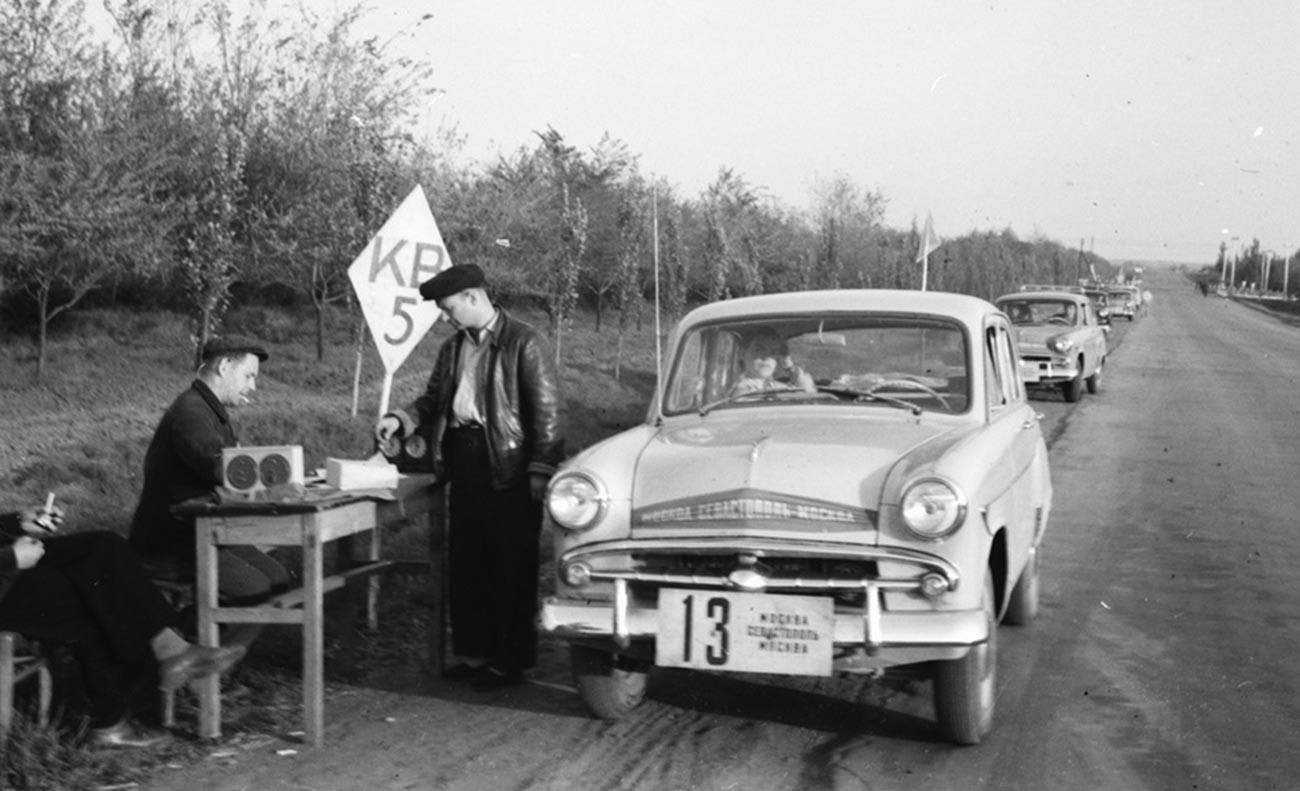 Driver Mikhail Metelev crossed the finish line the first and became the champion of the USSR. He was driving a car GAZ-SG-1 also known as ‘Pobeda-Sport’ (“Victory-Sport”). The car had an open body and an 80-hp-strong motor. 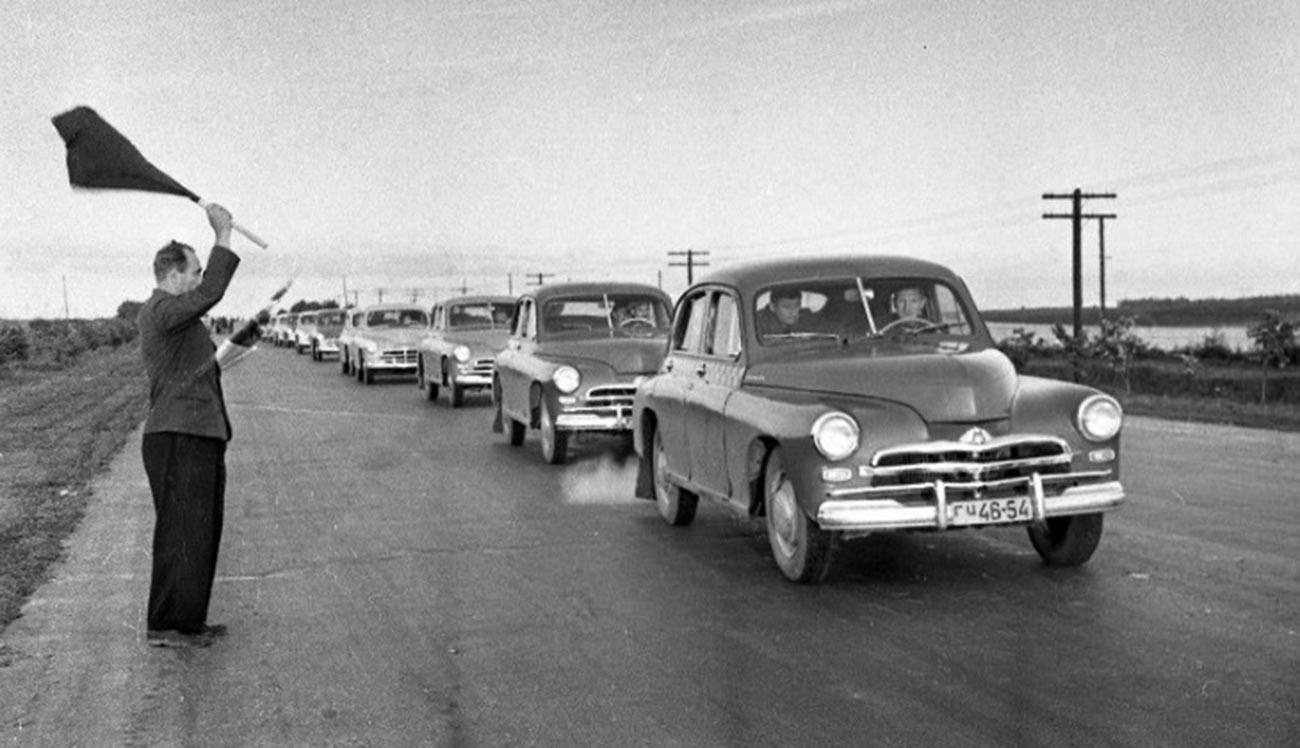 Motor racing championship of the USSR, 1956.

This was the second car to cross the finish line that day. Driver Vyacheslav Mosolov was also driving the same Pobeda-Sport model. 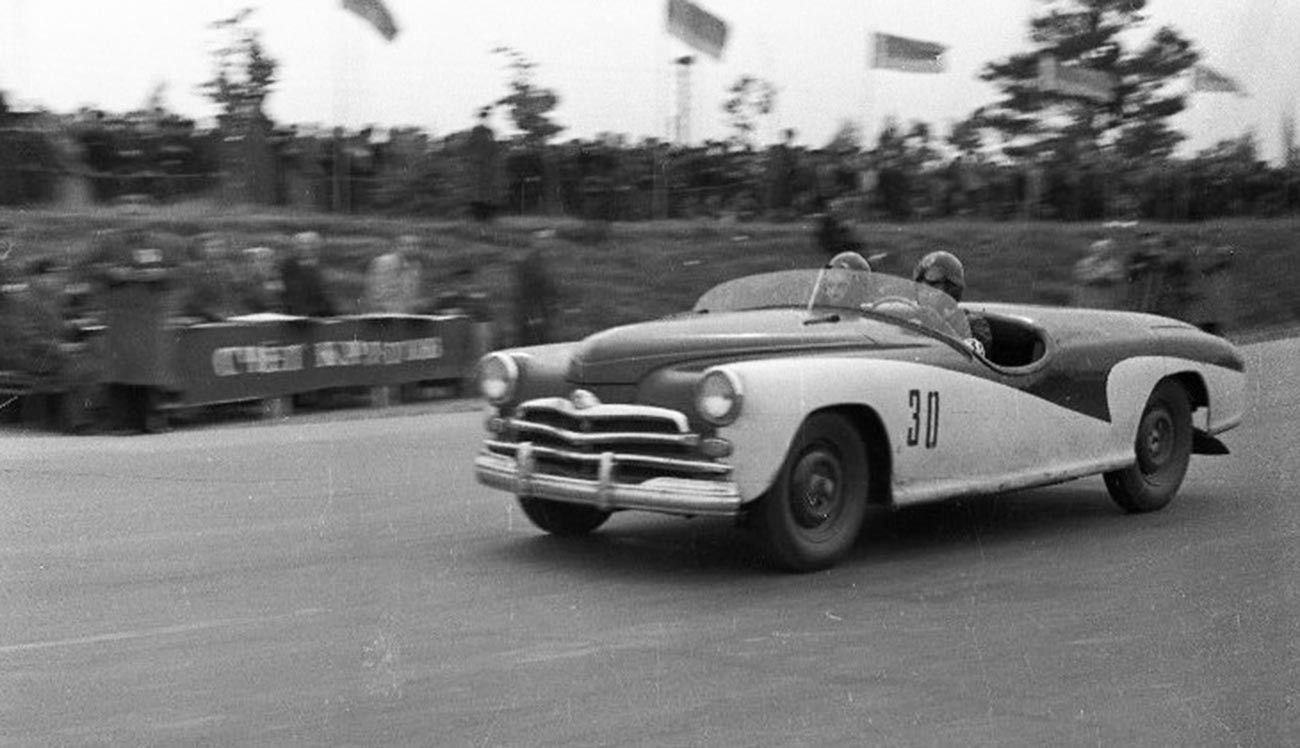 The third driver to cross the finish line was Boris Kurbatov, who was behind the wheel of ZIS-112/1. Before the car entered the circuit of 1955, engineers had to improve its brake system as it would overheat badly in the first modifications of the car. 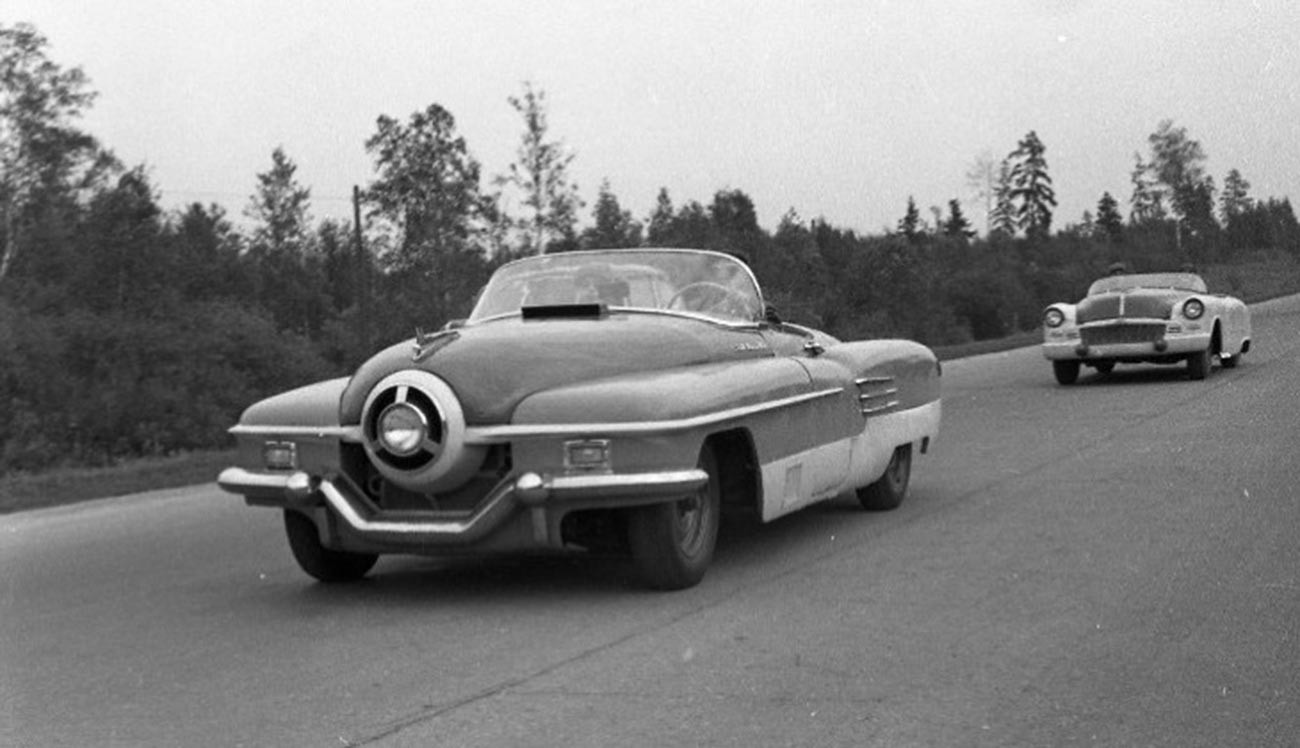 Other modifications of these cars also participated in the race and looked like this: 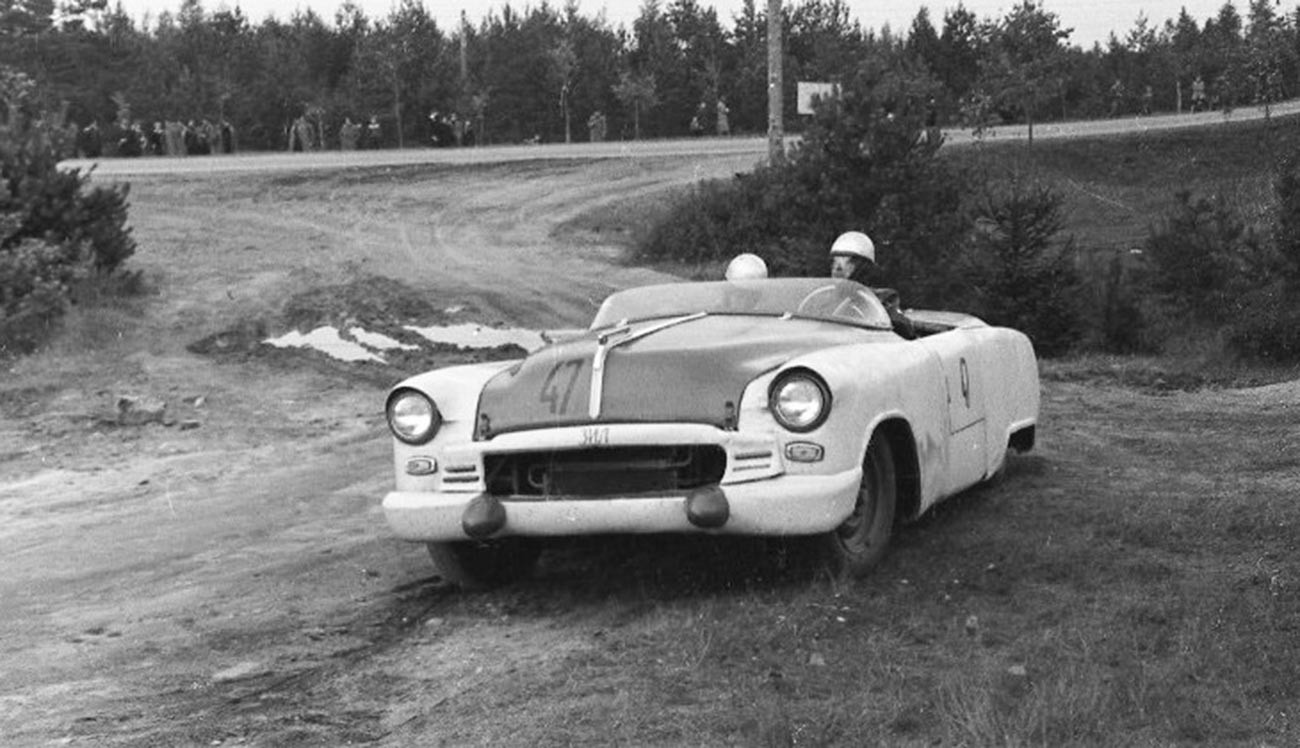 This car in the foreground was known as ‘Minsk’. Although it drove on the circuit that day, it was not competing for a podium. 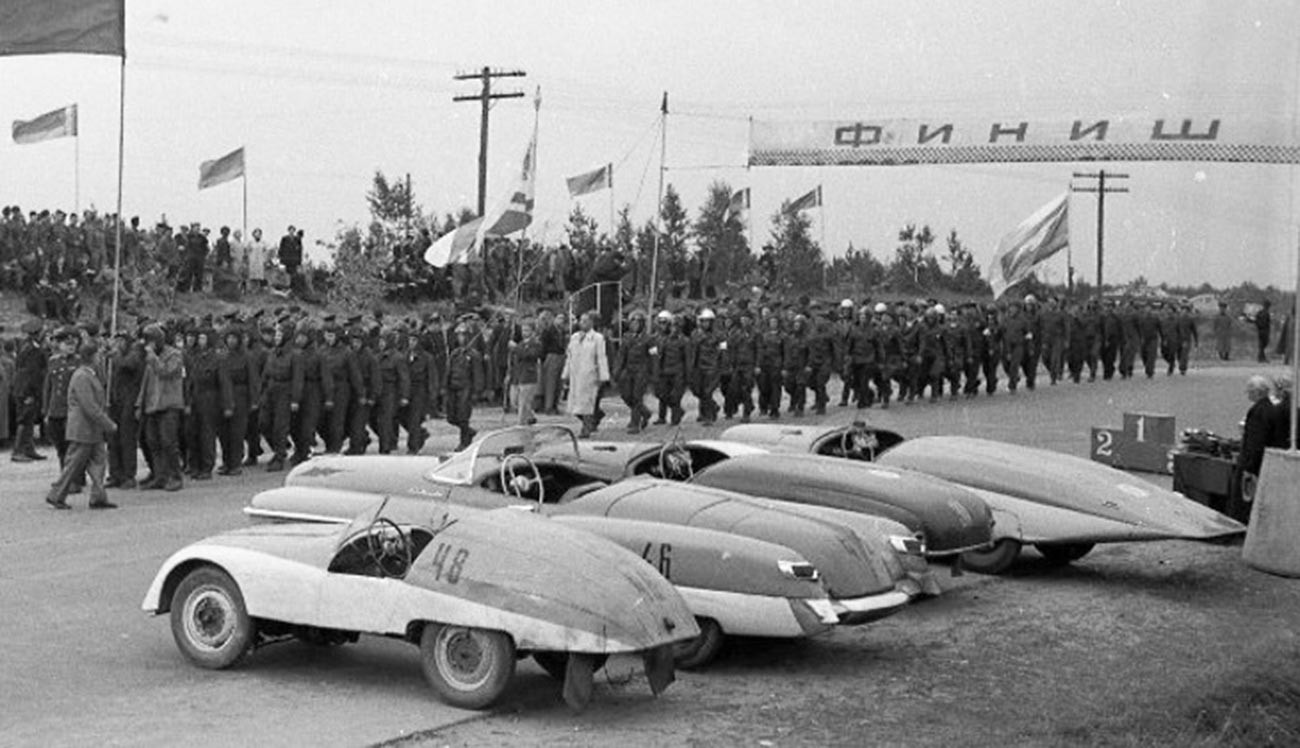 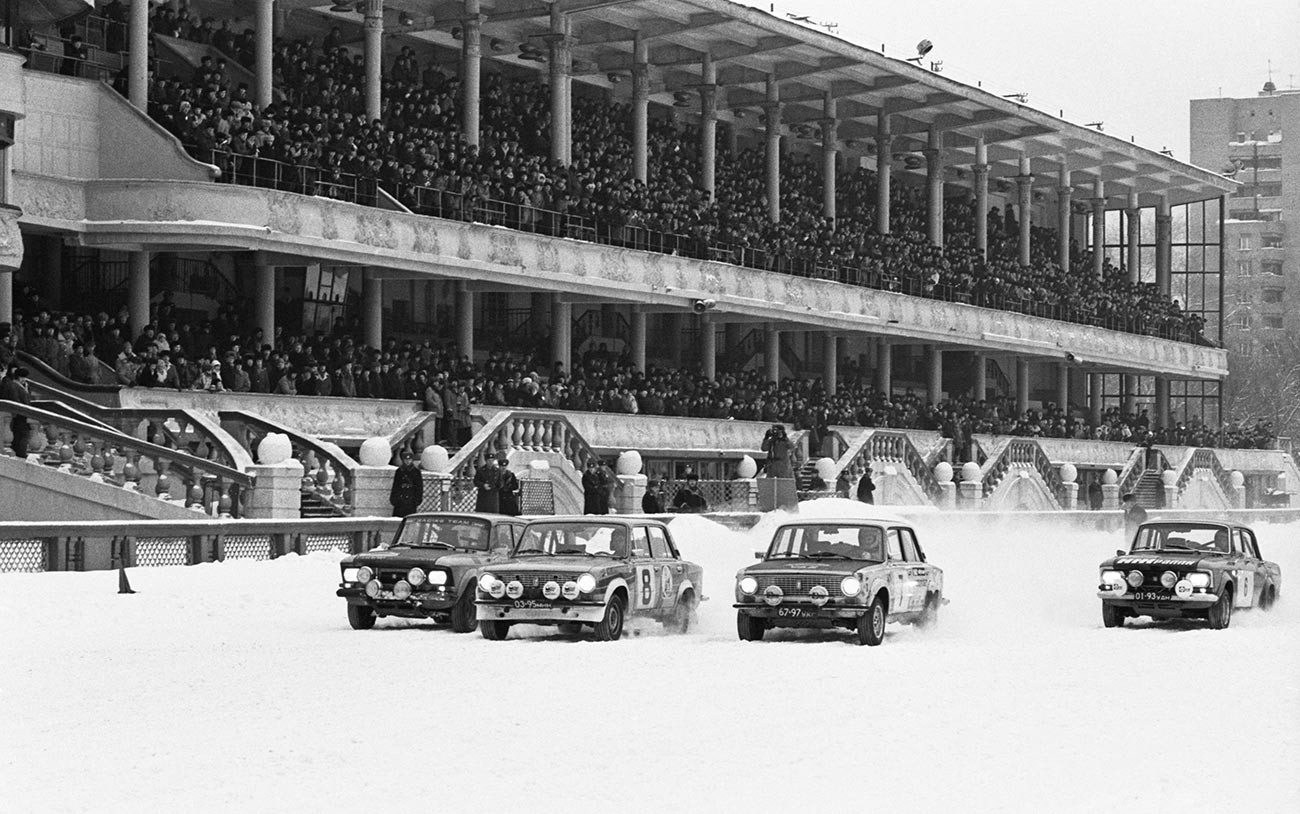 In 1971, Soviet drivers competed in the 24 Hours of Spa, a 24-hour-long endurance race held in Belgium. Two Soviet Moskvich-412 car models finished last, yet the fact they had reached the finish line after a 24-hour-long race was already considered a substantial achievement.

Different models of cars made at the VAZ automobile factory quickly became popular among Soviet racers. Up until today, there are still thousands of LADA fans all over the world. 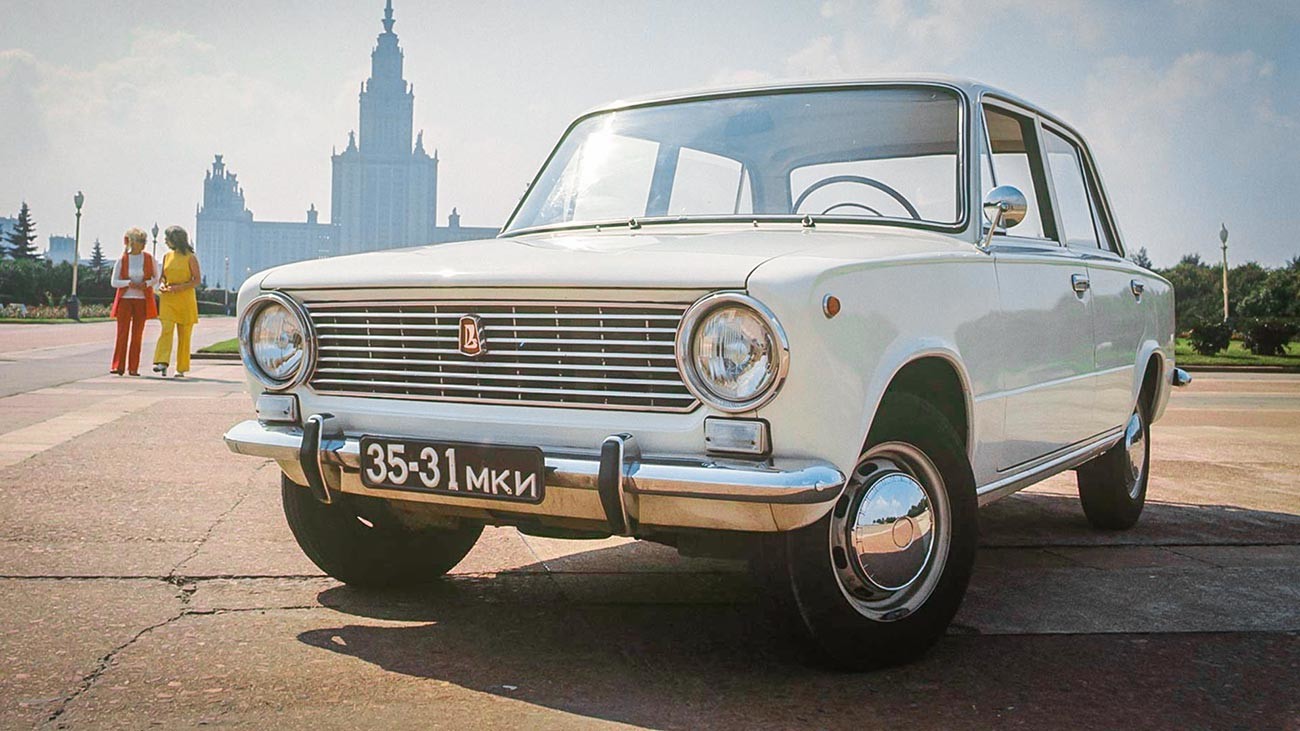 Outside of racing rings, Soviet engineers were working on creating a car that could reach the speed of sound - 1,190 km per hour. As a result, the only Soviet turbojet car called ‘HADI-9’, powered by the same engine as a MiG-19 jet, was assembled in Kharkov, Ukrainian SSR. Due to multiple difficulties, the car was never tested to its full capacity. It also never reached the speed of sound. 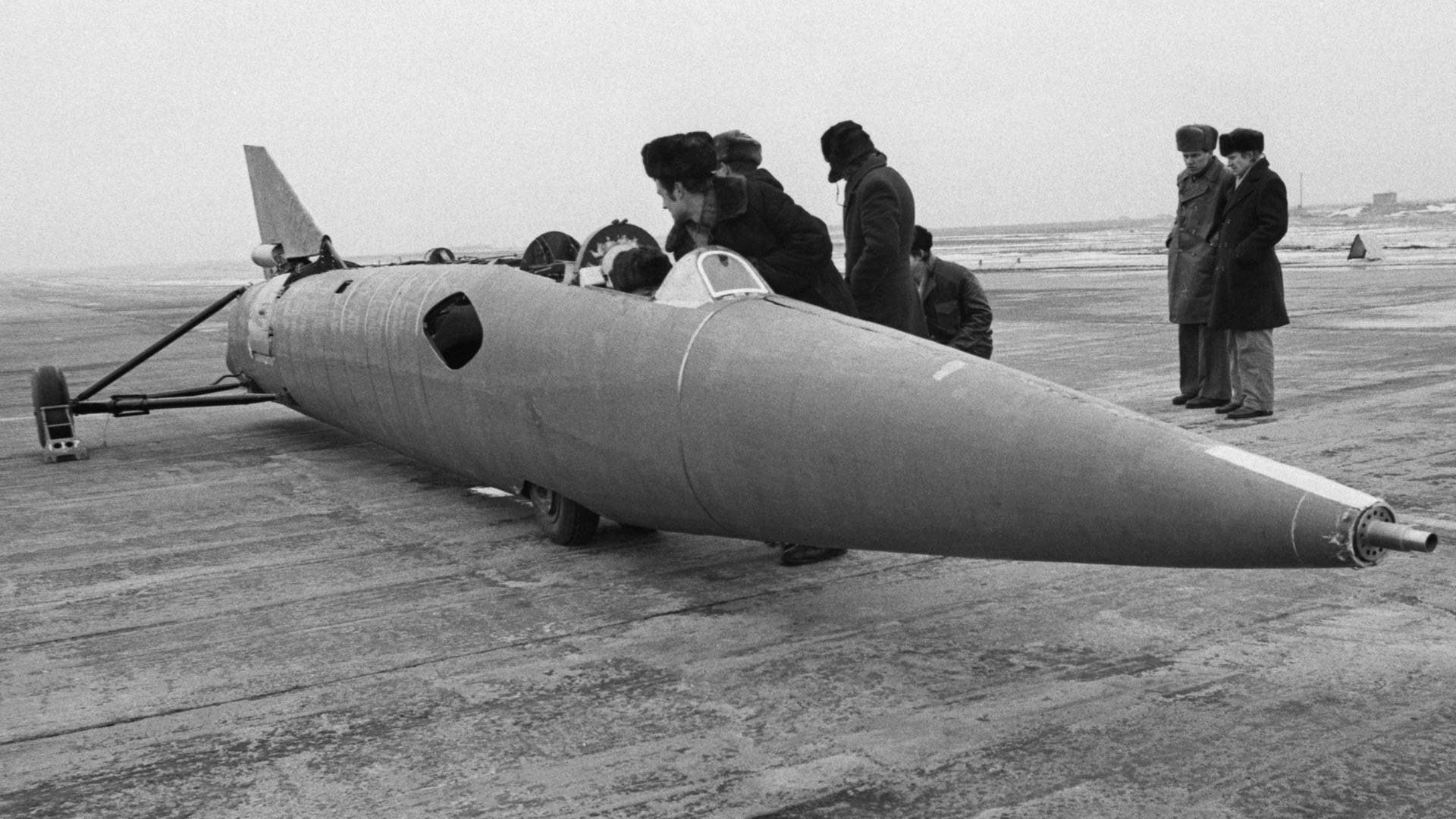 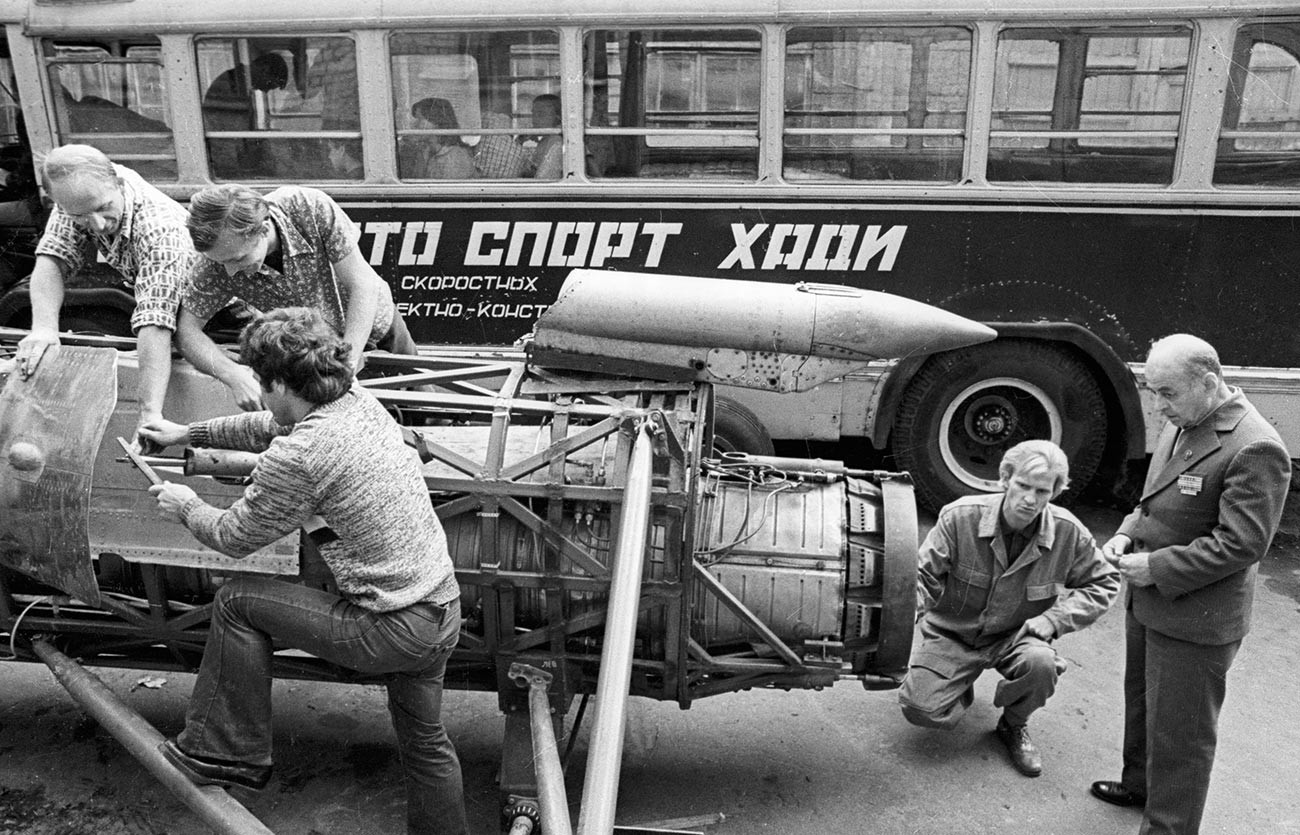 Click here to find out why the Lada 2101 became an iconic Soviet car.