The BIGGEST demonstration in the history of the USSR (PHOTOS) 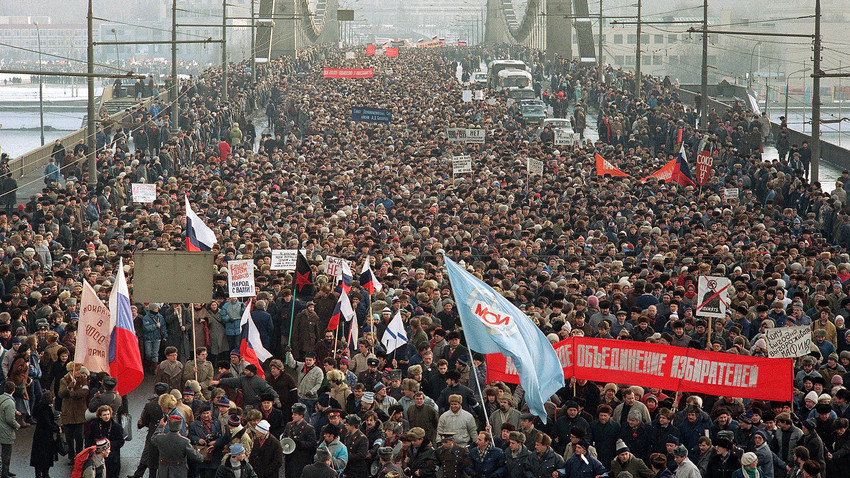 AP
They flooded the streets with one request: “The abolishment of Communist Party rule!”

“The mission behind our protest is unity. To unite all the honest forces, to unify all democratic organizations into a single anti-bureaucratic front,” cried Gavriil Popov from a mobile stage parked right in front of the Kremlin. The man would soon become the first democratically elected mayor of Moscow.

The events took place on February 4, 1990 - a day that will forever be etched in Russian memory as the largest demonstration to ever take place in Soviet history. Popov’s stated mission could have been phrased much more succinctly - to abolish the Communist Party’s monopoly on power. By that point, this view was, by most counts, held by more than half of the country’s population, while Moscow and St. Petersburg led the charge with some 70 percent in favor. 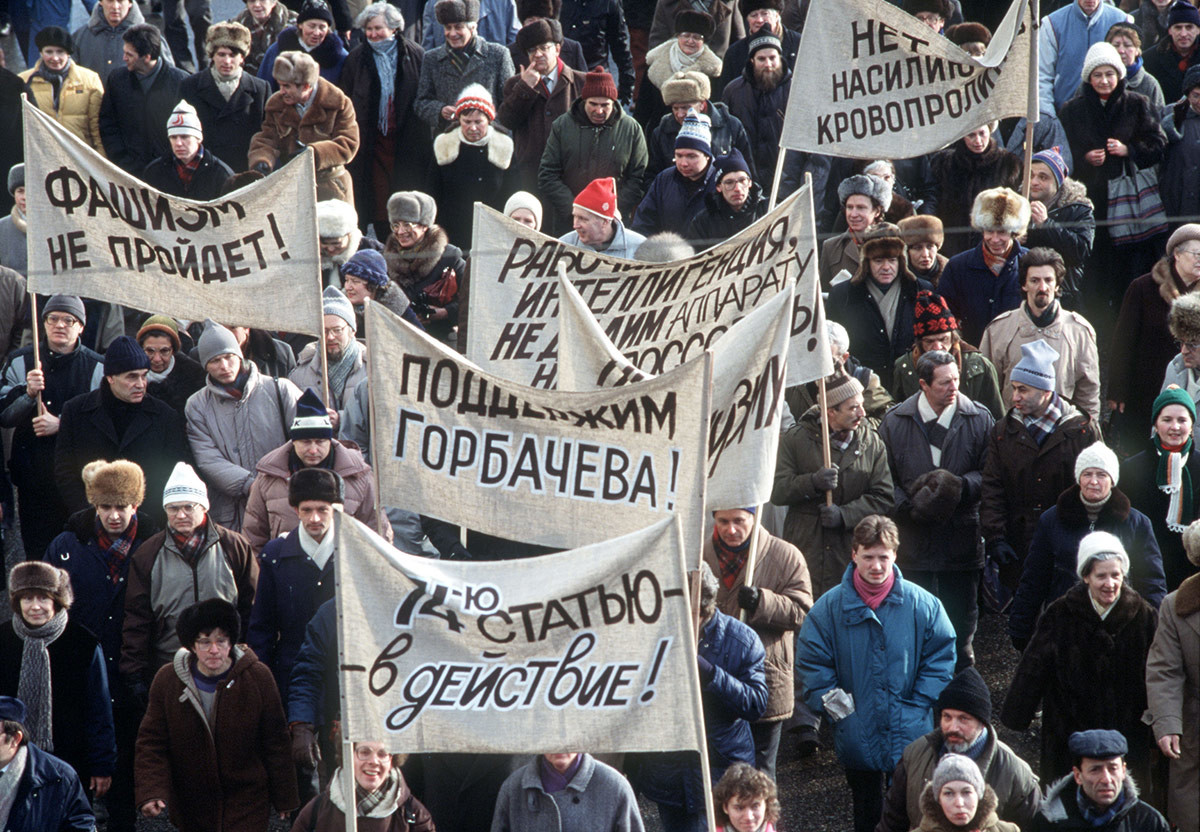 Public discontent was made all the worse by the tensions between the country’s many nations, huge lines, horribly sluggish bureaucracy and empty store shelves.

According to official statistics, the crowd numbered some 300,000 people. Organizers put the numbers at closer to half a million. 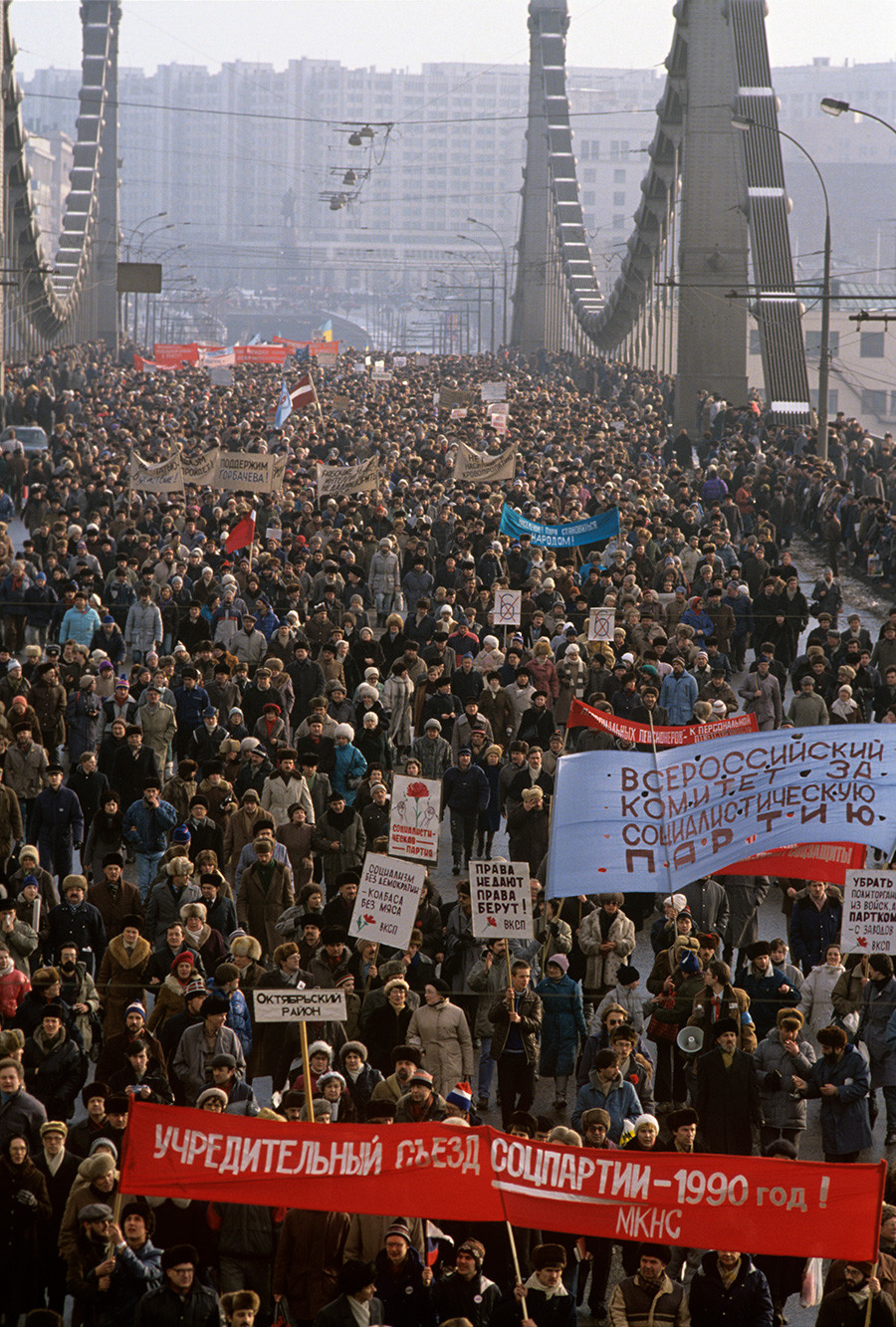 Mobilizing such numbers of protesters in just two-three days - let alone in the age before the internet and social media - was a gargantuan task, shouldered by tens of thousands of volunteers, who toiled away printing and distributing protest pamphlets; all that at a time when all printing was still controlled by the KGB. The job was made easier, thanks to assistance from various educational institutions, the wider academic community and beyond. 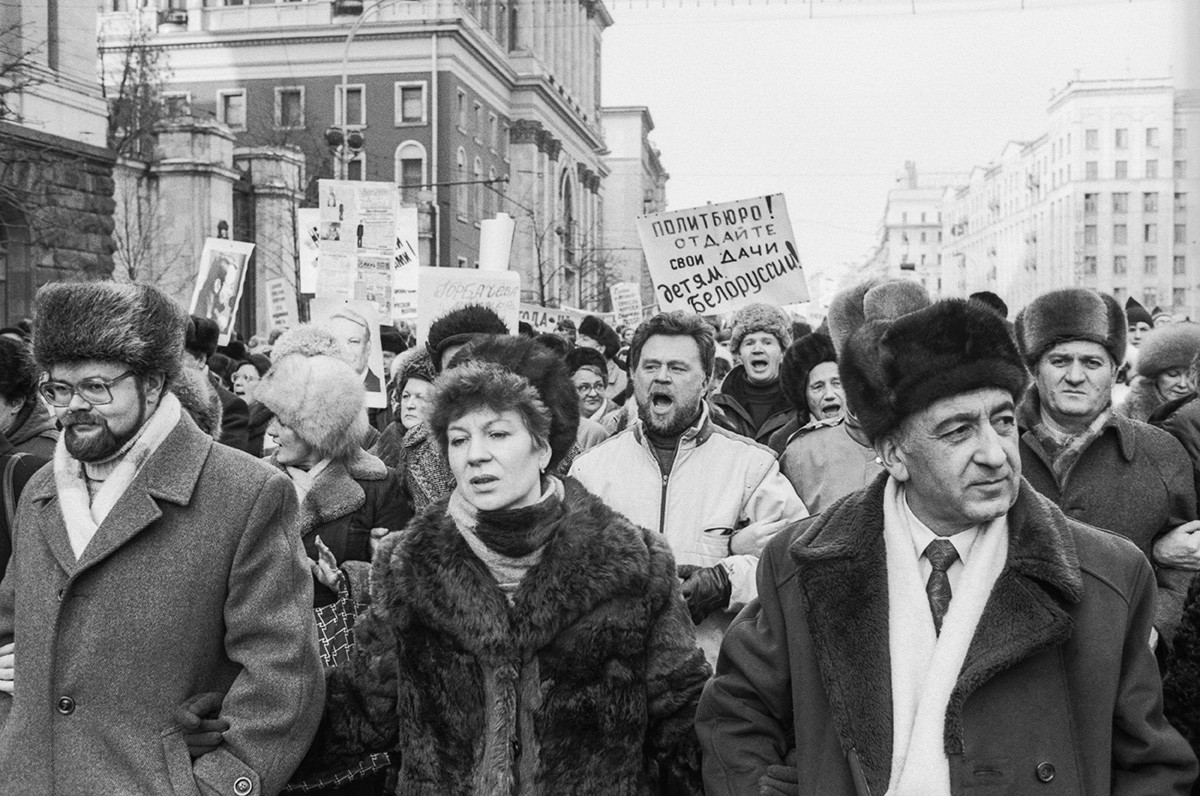 At midday, the crowd began marching from the Krymsky Bridge, through the Garden Ring, toward the Kremlin. Among their rallying cries were “Power to the people!”, “Down with political police!”, “Whose side are you on, Mikhail Sergeegich?”, “Russians don’t want Pogroms!” and others. There were notably a lot of posters with the figure ‘6’, which signified “Down with the 6th Amendment of the USSR Constitution”, which had to do with the Communist Party’s ruling power. 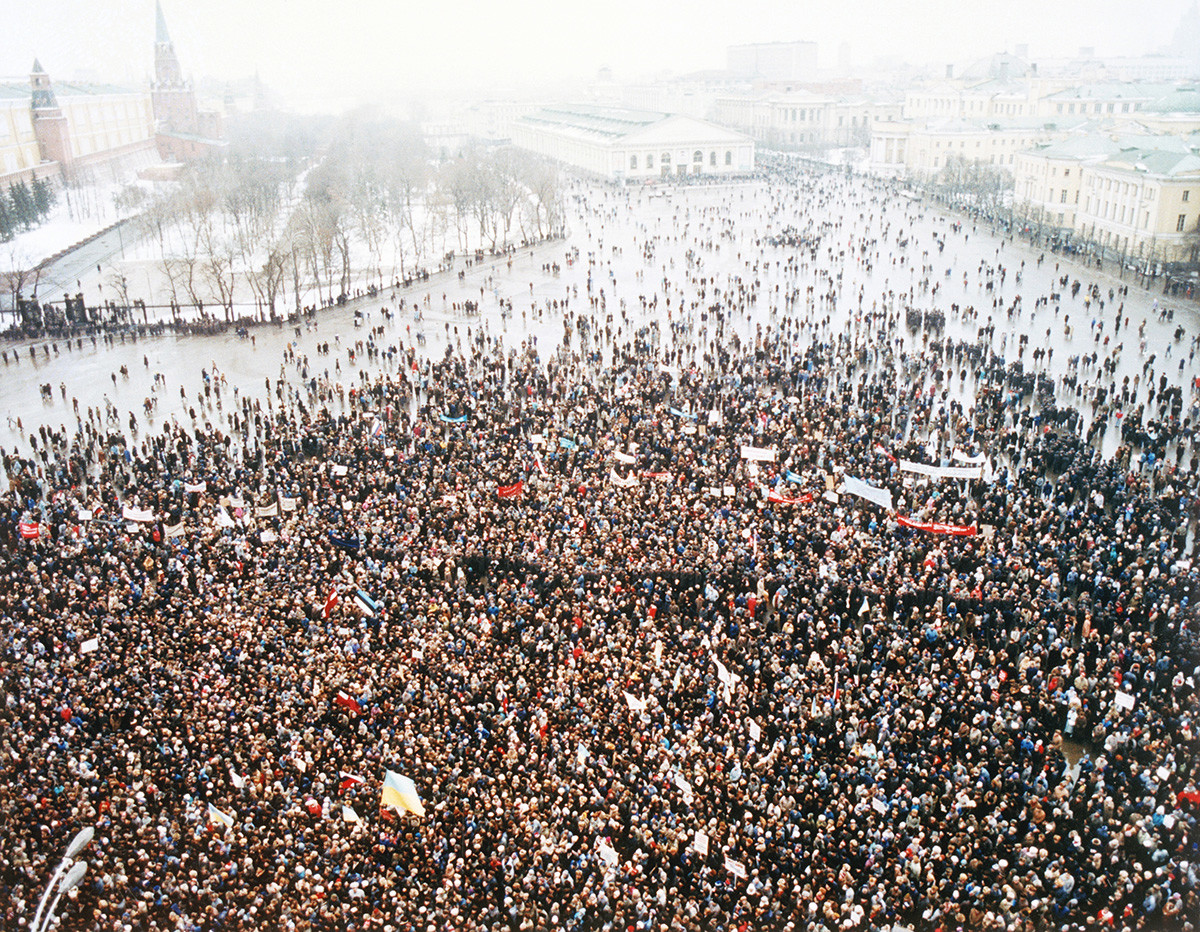 One of the speakers at the demonstration was future President of the Russian Federation, Boris Yeltsin. 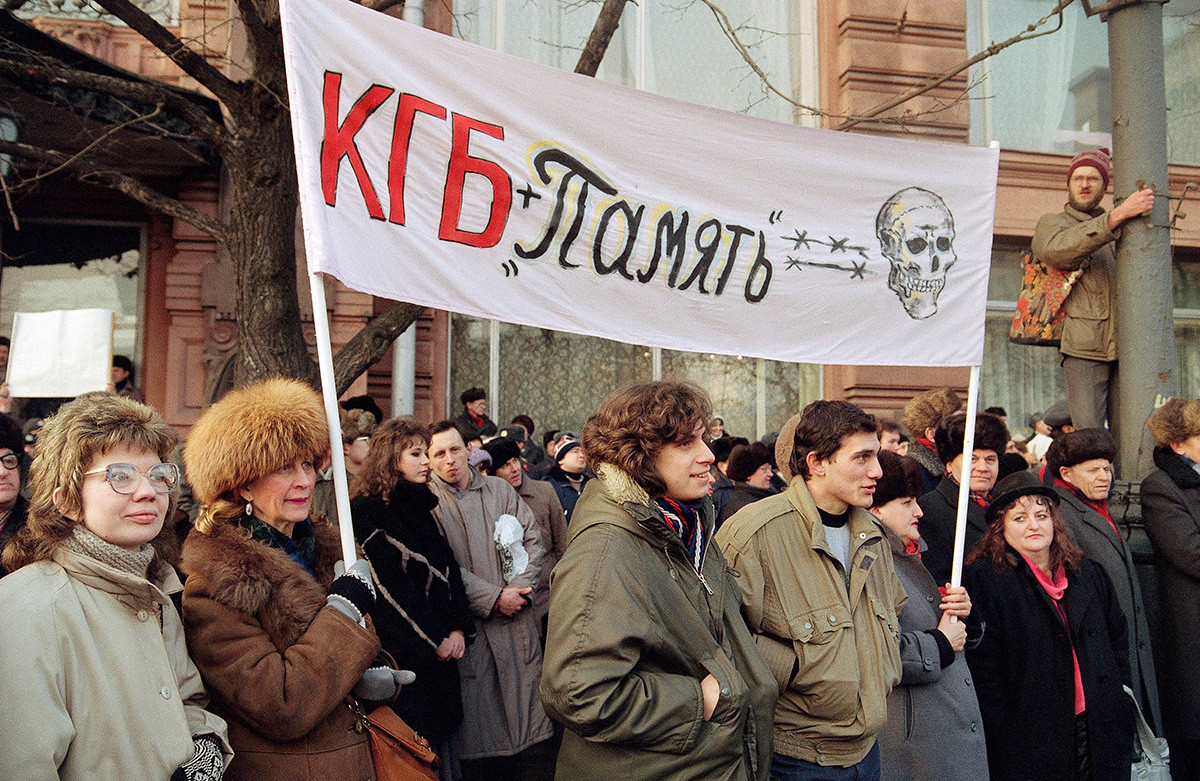 Interestingly, what made the entire experience possible was the first and only President of the USSR, Mikhail Gorbachev (he was still the General Secretary of the Communist Party at the time - a month before assuming the role of President). The democrats’ active participation helped him take on the conservatives in the party; Gorbachev understood that the multi-party idea required support from below. 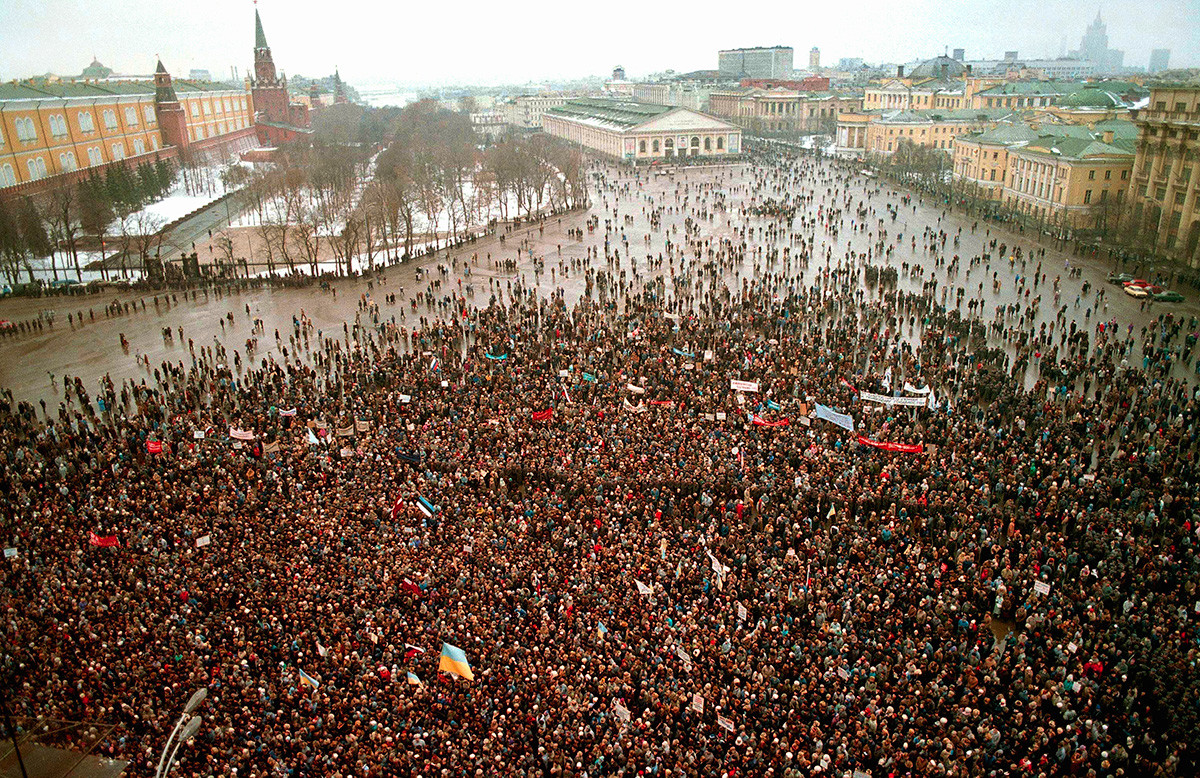 This is how the demonstration was organized successfully. Law enforcement could only really provide security, but not cancel the protest - there were simply too many people to handle. 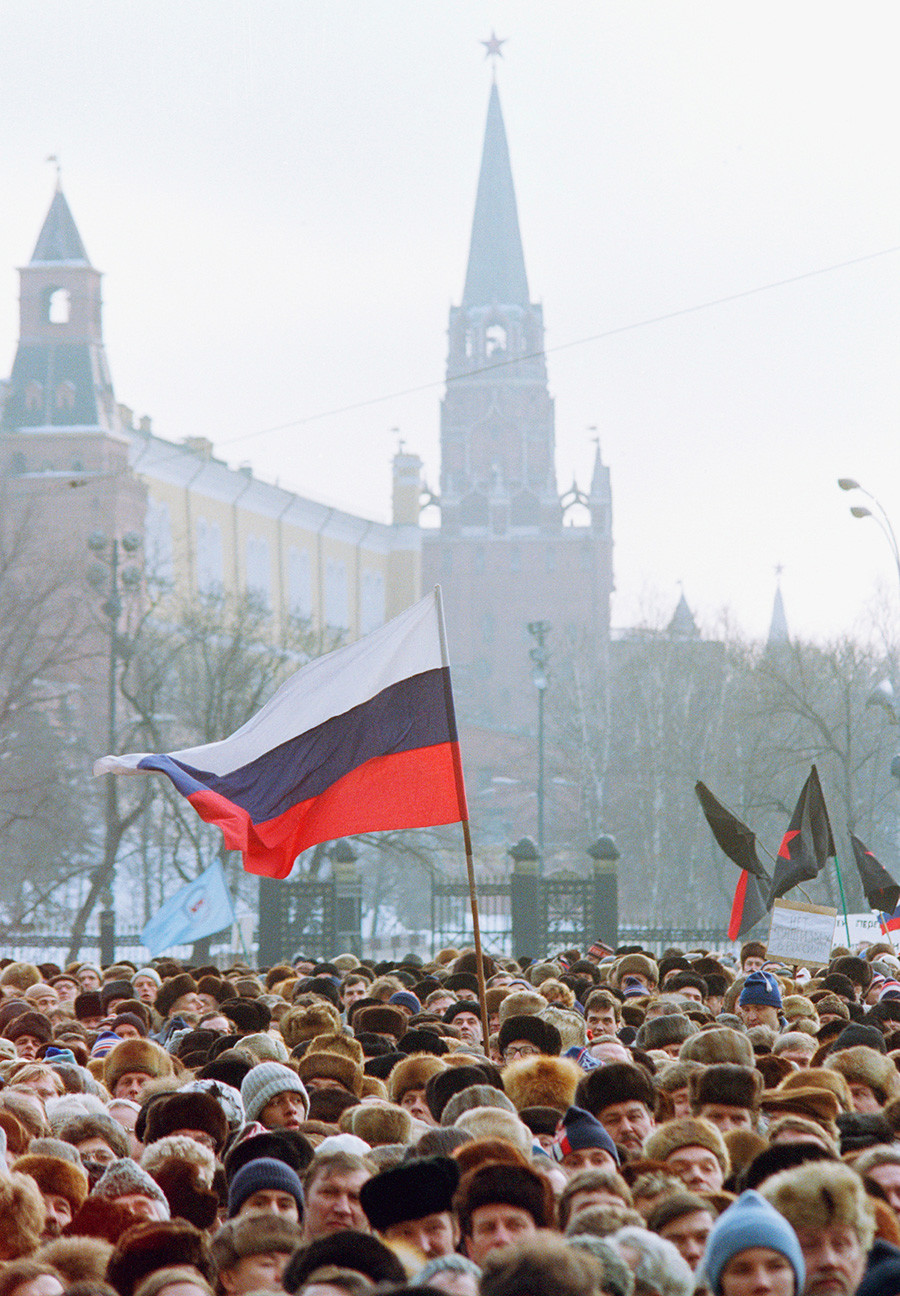 The militsiya (now the police) could only stand on the sidewalks and did not interfere. 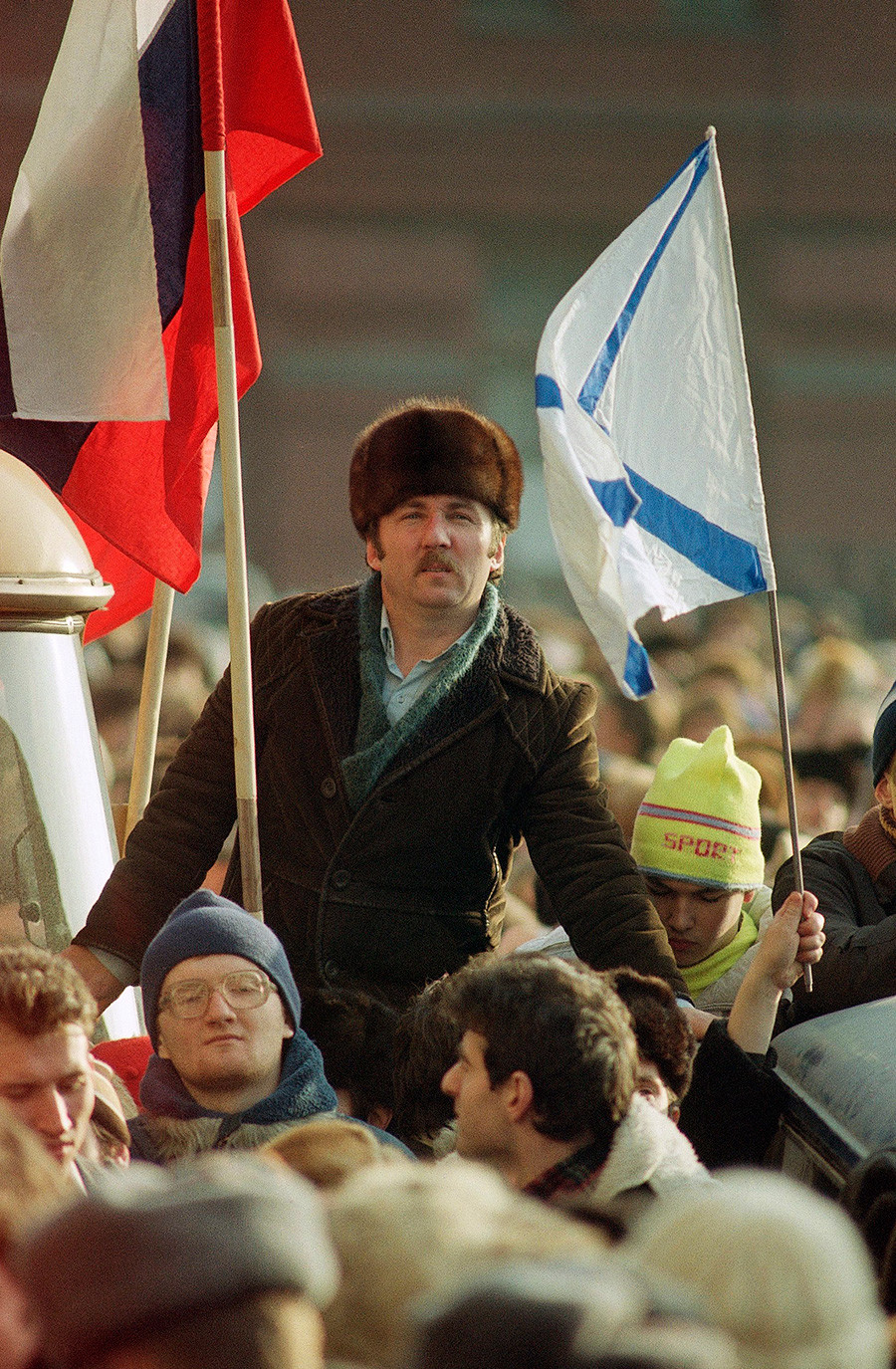 The event became the first demonstration that took place downtown - prior ones would only take place in and around the Luzhniki Stadium. There were various forces taking part, among them democrats, monarchists and anarchists. According to the participants themselves, they didn’t think of themselves as the opposition, but merely standing for change and reform. 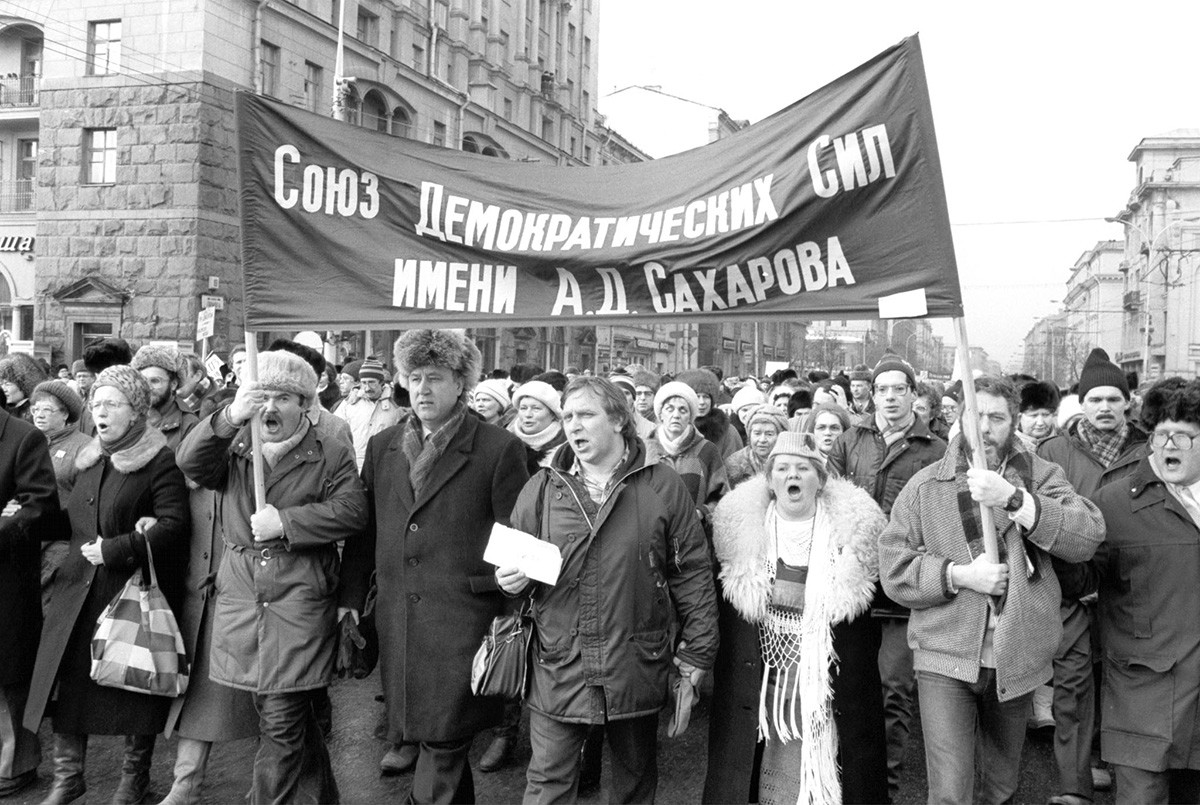 The effects of the protest were felt almost immediately. In as little as three days, on February 7, a large Communist Party panel was gathered to vote on the 6th Amendment, which was repealed, ushering in the multi-party era.