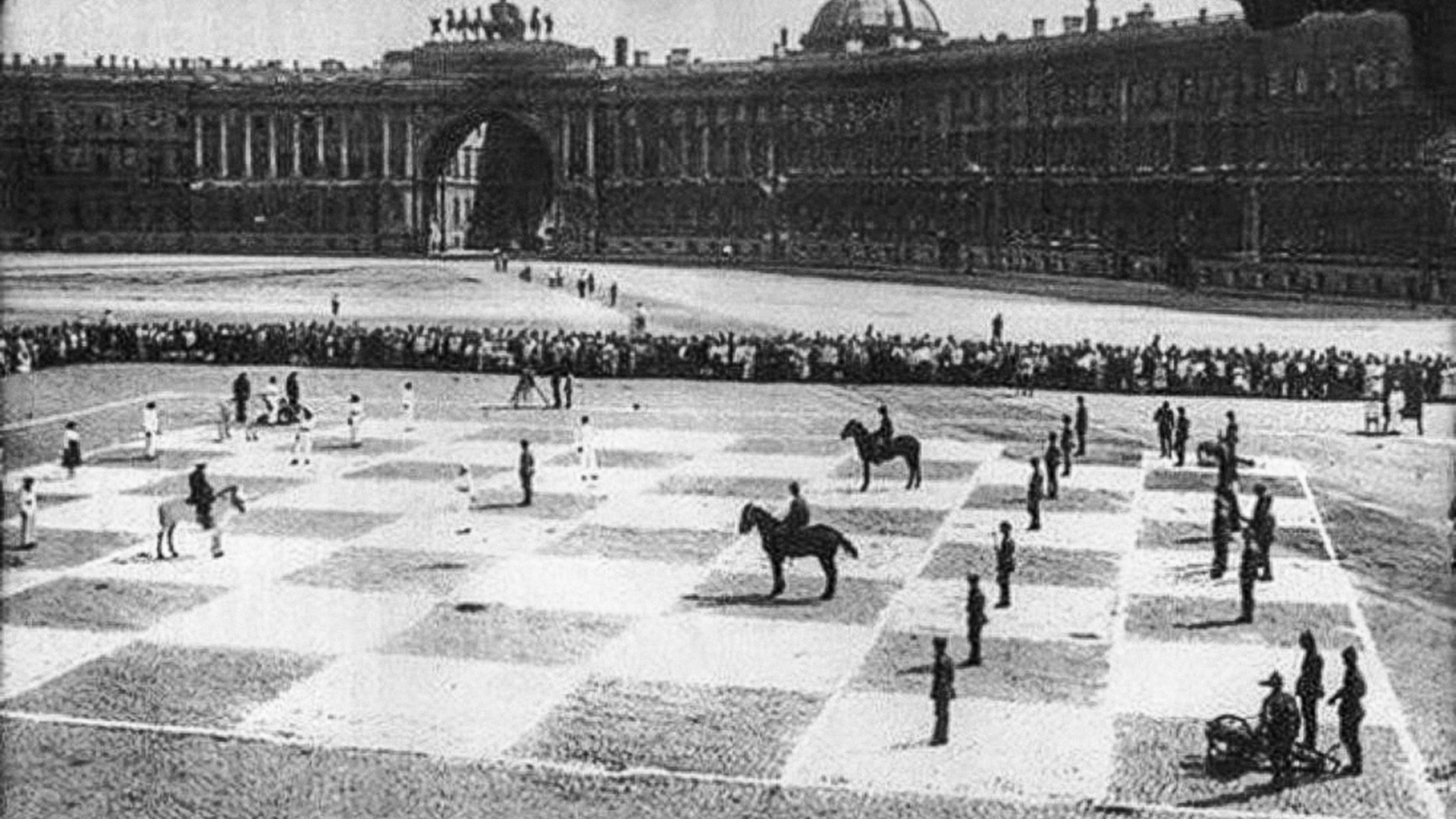 Alexander Bulla
In 1924, the main landmark of Leningrad turned into a huge chess board and gathered thousands of locals to observe the legendary performance. 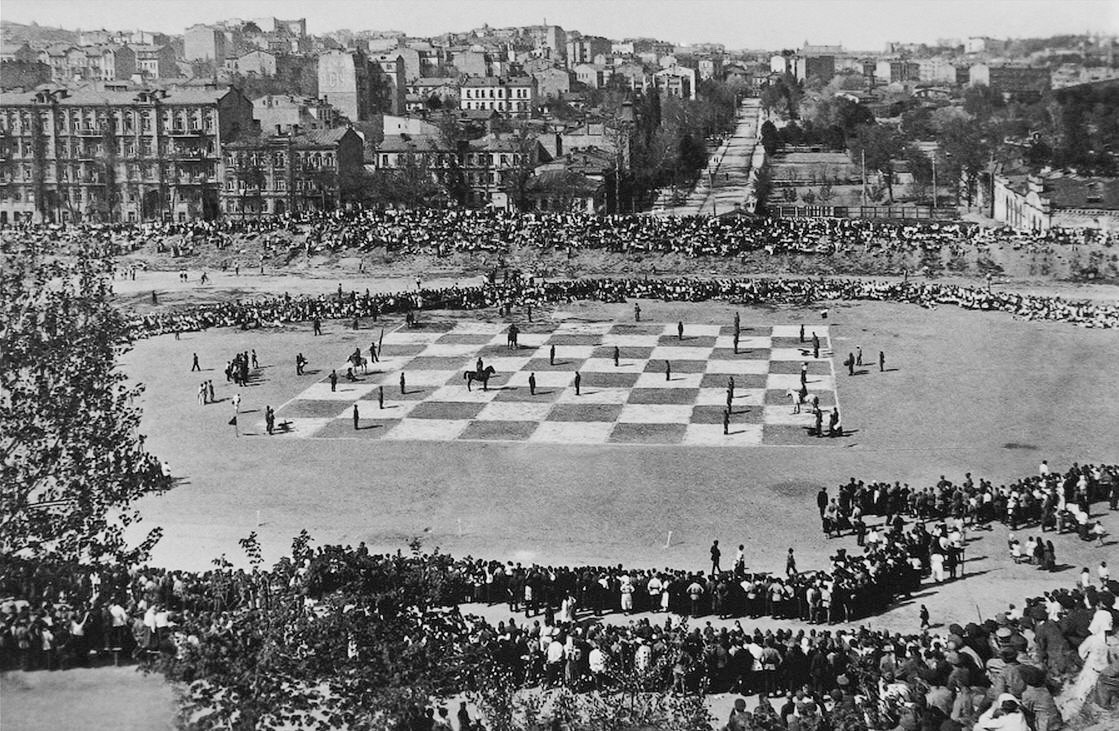 In Russia, chess has always been a very popular game dating back to the times of Catherine the Great (here’s why), and in the Soviet Union, every schoolkid played it. One of the most unusual versions of the game took place on July 20, 1924, on the Palace Square (then - Uritsky Square) in St. Petersburg (then - Leningrad). It was the day the FIDE World Chess Federation was officially established (and from 1966, International Chess Day also began to be celebrated on this day). 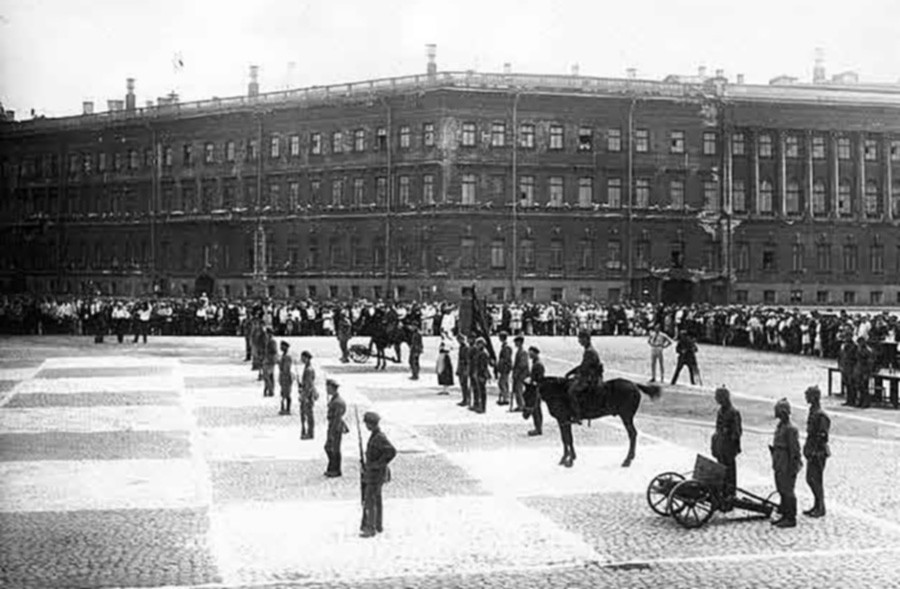 At the giant chess board were famous players Ilya Rabinovich (black pieces) and Pyotr Romanovsky (white pieces) and each piece was represented by actual people: the Red Army soldiers were the white pieces and the Red Fleet were the black pieces. 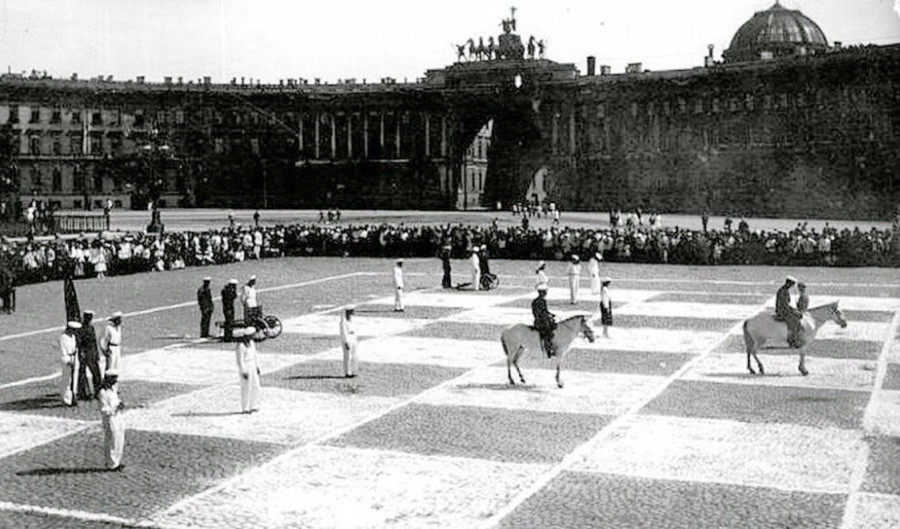 Gunners became Rooks, commanders with sabers became Kings and two ladies became Queens (one of them was Rabinovich’s wife). The horses were real, however, there were no bishops (who are called “elephants” in Russian). 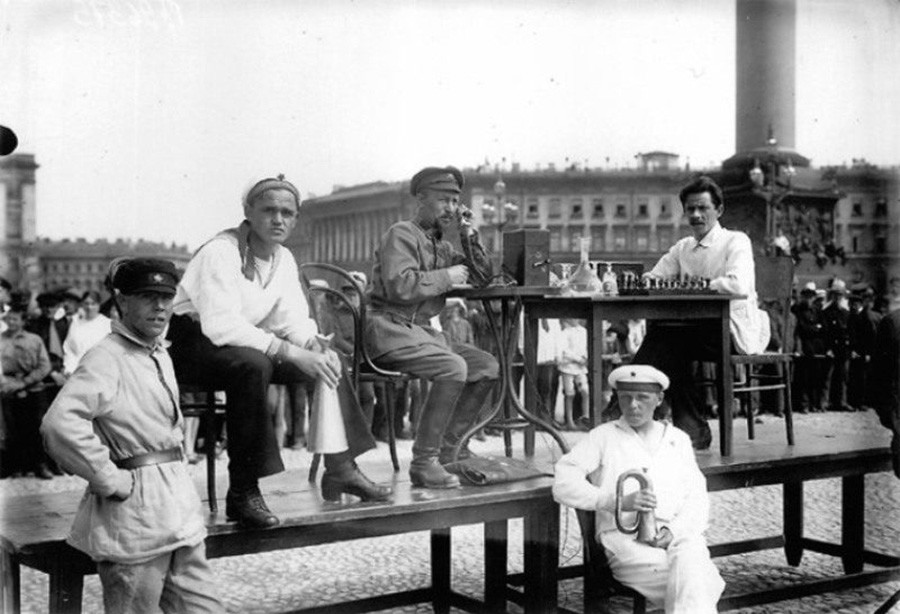 Commands from the grandmasters were transmitted by phone to assistants, who, in turn, announced them to the “pieces” via a megaphone. 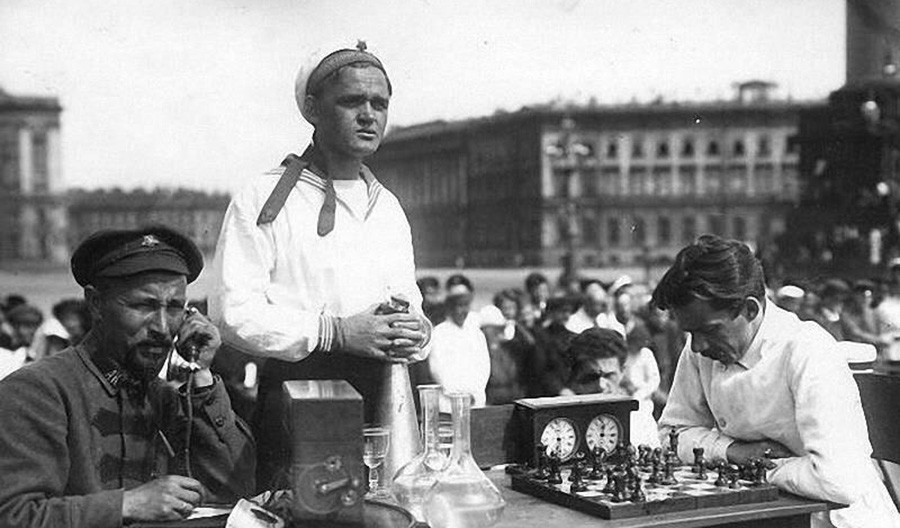 The epic performance gathered about 8,000 spectators, who surrounded the square. 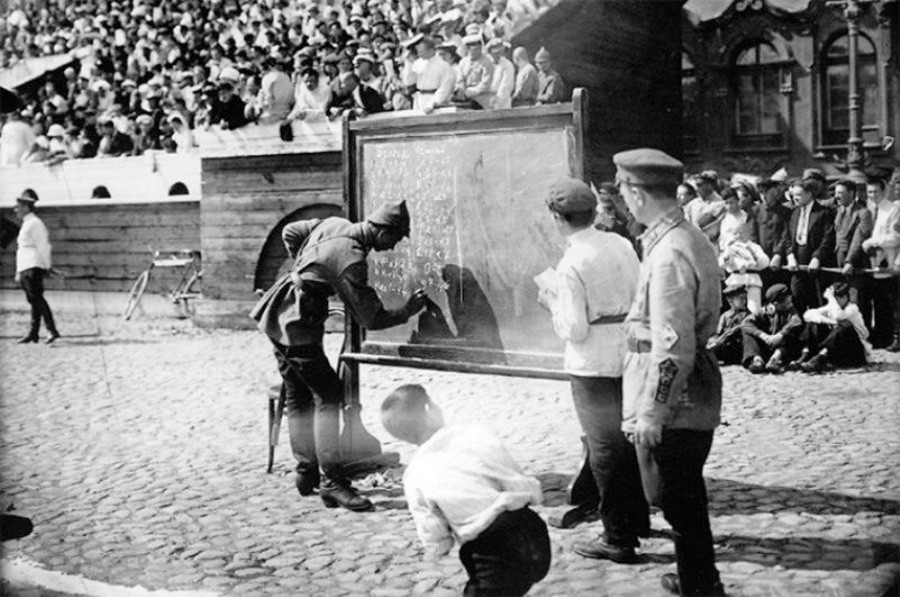 The match lasted for 5 hours and ended in a draw on the 67th move at the proposal of white pieces (in actual fact, the people and horses were a bit tired). This exhibition game was not just for entertainment, as it helped promote chess among the Soviets, as well as abroad.

90 years later, St. Petersburg decided to repeat the legendary match on the Palace Square. On July 20, 2014, masters Nikita Vitiugov and Valery Popov played out another match - with volunteers playing the chess pieces. The game also ended in a draw.