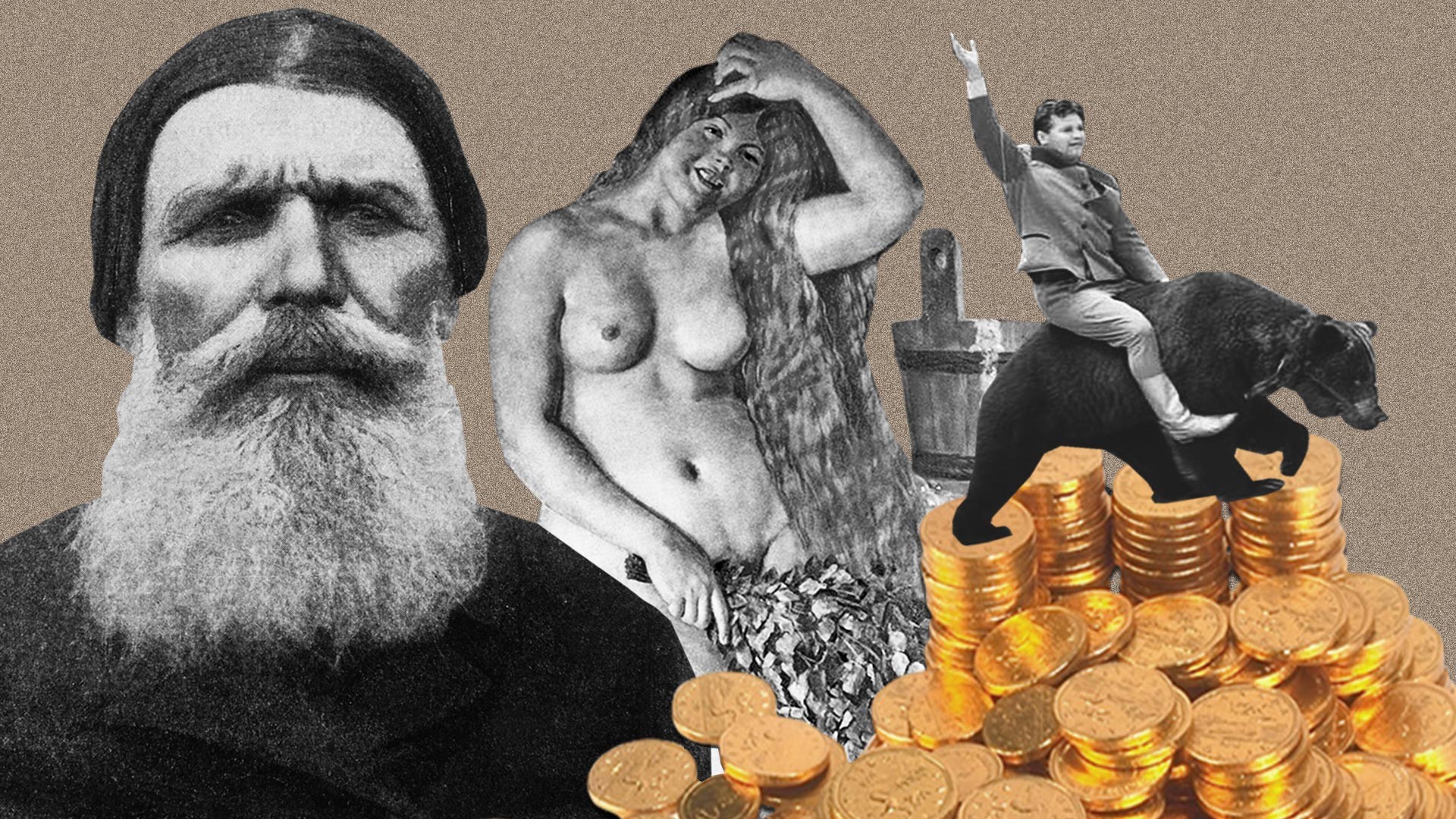 Public Domain; Boris Kustodiev/Nizhny Novgorod State Art Museum; Semen Mishin-Morgenstern/MAMM / MDF/russiainphoto.ru; Russia Beyond
At different points in history Russians had to pay taxes for using a bathhouse at home, for growing a beard, and even for not having children. And these are far from all the taxes that ordinary people were subjected to. 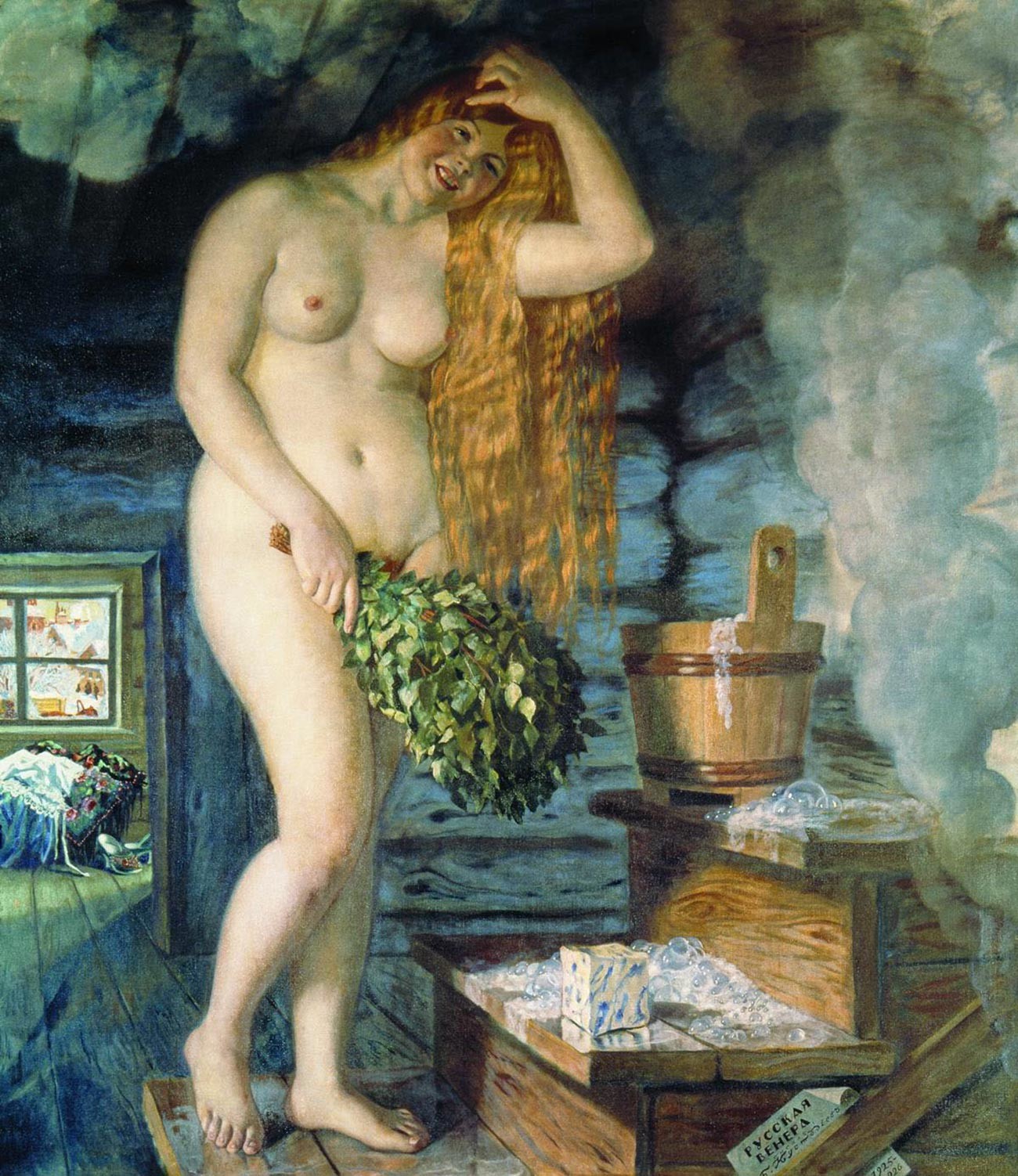 These days, there is a bathroom in every flat or house, whereas in Peter the Great's day people washed in public (or ‘commercial’, as they were then called) bathhouses for a fee, and – shock, horror - the owners of those bathhouses did not share their revenues with the state. Peter decided to fix this, and in 1704 he introduced a tax both on commercial bathhouses and also on private ones that people had in their homes.

Under the decree, boyars had to pay three rubles a year; nobles and merchants who received an income from their bathhouses of more than 50 rubles a year had to pay a ruble a year in taxes. While all the others who had a bathhouse at home had to pay 15 kopecks a year. At the time, that was a lot of money as a ruble back then could buy you about 100 chickens.

The option of dismantling or burning an already built bathhouse was also costly, since in that case the owner had to pay a fine of 5 rubles. The tax on bathhouses remained in place for half a century and was abolished only in 1755. 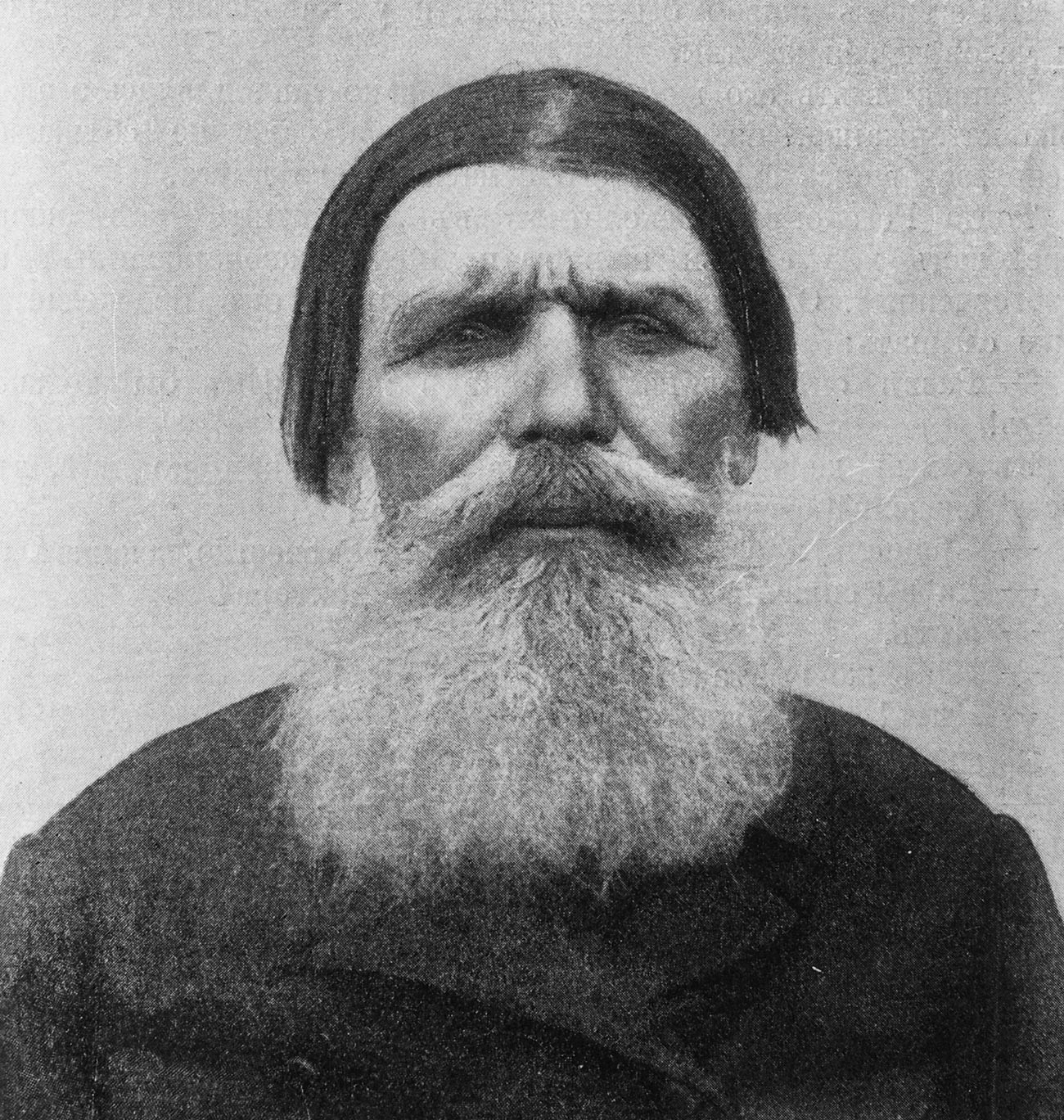 A small copper token with a beard depicted on it, and a register of bearded men, are standard items associated with Imperial Russia after 1705. It was then that Peter the Great imposed one of the highest taxes on those who refused to shave off their beards.

Peter decided to introduce a tax on beards after his trip to Europe – he wanted Russians to be as similar to Europeans as possible, and in Europe nobody wore beards.

Bearded peasants were affected too: they had to pay 1 kopeck when entering a city. Back at home in their villages, they could wear their beards without any penalty. The only men exempt from the beard tax were priests and deacons.

In cities, once they paid their beard tax, bearded men were entered in a special register and issued with a small token with a beard depicted on it.

The tax was abolished only in 1772 during the reign of Catherine the Great, although she too banned officials, military men and courtiers from wearing a beard or mustaches. 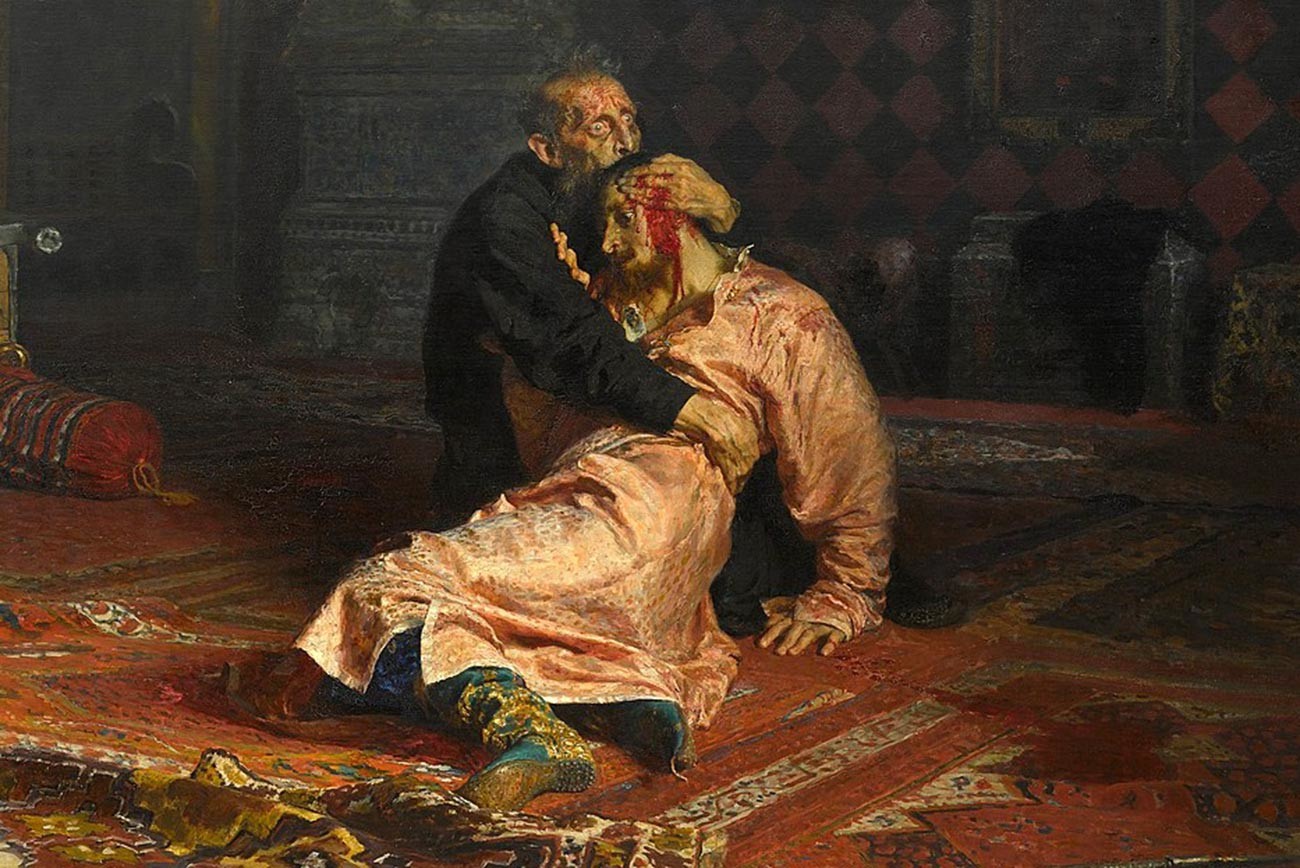 Starting from the late 9th century, Kievan Rus had a fine for murder, known as wergild (Rus: vira), according to the Yefremova Explanatory Dictionary.

Under the code of laws that existed at the time, a murderer of a free commoner could avoid a blood feud by paying a fine of 40 hryvnias to the local prince, says the code of ancient Russian laws known as Russkaya Pravda. That was a large sum of money that could buy two dozen cows, explains an article in Profil magazine. The murder of somebody serving in the local administration cost more - as much as 80 hryvnias, while the murder of an adulterous wife, or grievous bodily harm, cost less – just 20 hryvnias.

If the killer could not be found, the fine had to be paid by the local community body, called verv', which was responsible for maintaining law and order on the territory where the victim's body was found.

According to the Great Soviet Encyclopedia, this tradition remained in force in Russia well into the 16th century, although the Yefremova Dictionary insists that the wergild practice was abandoned much earlier, already in the 13th century. 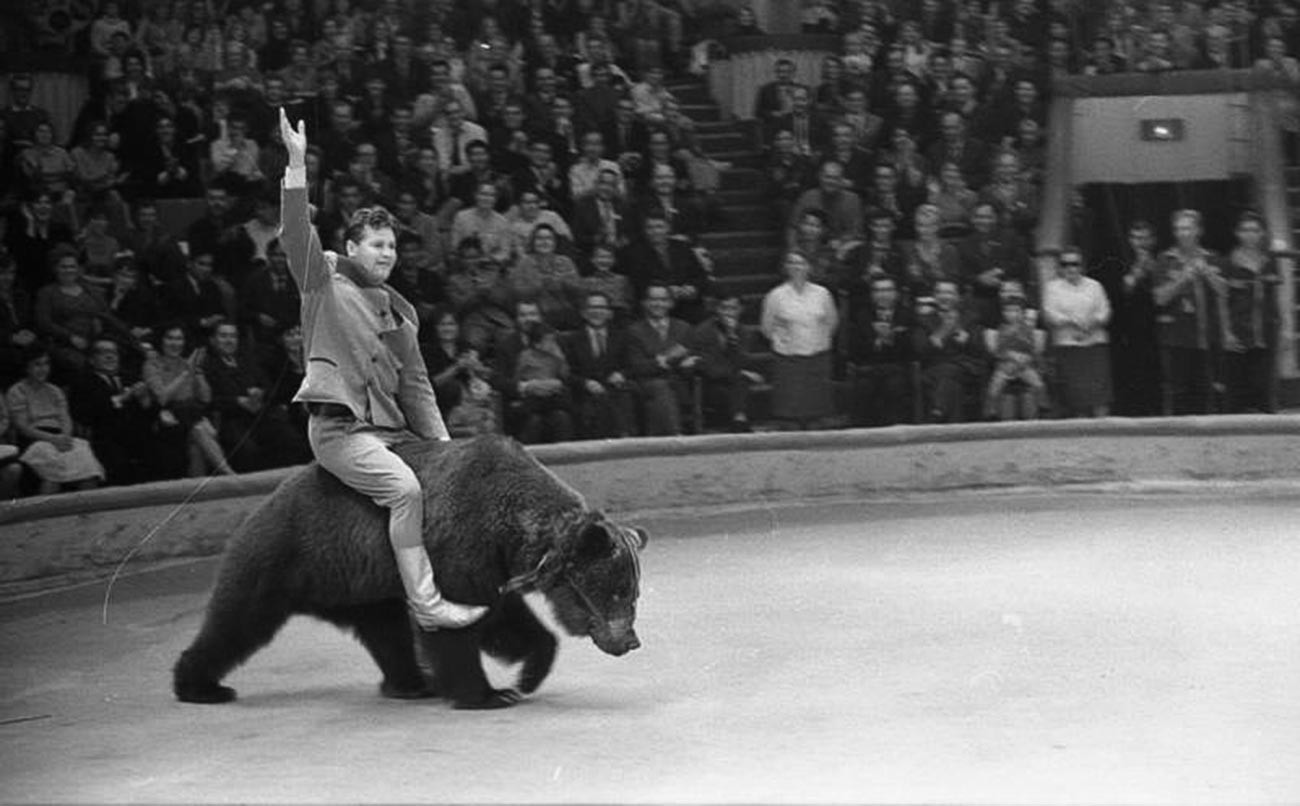 Starting from 1918, any form of entertainment, be it theater, cinema or circus, was subjected to a special tax in Russia. The introduction of the tax was announced in the letter of the People's Commissariat of State Welfare of the RSFSR, one of the ministries of the Provisional Government, which was set up after the February 1917 revolution.

The tax was levied from each ticket sold: in the amount of 10-80 kopecks from a ticket that cost over 50 kopecks, and in the amount of a third of the ticket price if the ticket cost more than 10 rubles. In the 1920s, 80 kopecks could buy 1 kg of sugar, 1 kg of sausage or 4 kg of bread. Given that the tax was paid from each ticket, event organizers ended up paying quite a lot of money in taxes.

Tickets costing less than 50 kopecks were subject to a “charity fee” of 5 kopecks.

The money raised with this tax went to help the disabled, the elderly, children, orphans and other people in need, the letter said.

Beginning in 1942, the tax applied to the organizers of all paid events, including lectures, concerts, dance evenings, sports, horse races, etc. The amount of the tax to be paid was set by the Presidium of the Supreme Soviet of the USSR: for each type of event, the rate was different, ranging from 5 to 55 percent of gross proceeds from ticket sales. Failure to pay the tax was punishable by a fine of 100 rubles. At the same time, some events were exempt from the tax. Their list included lectures on Marxism-Leninism, gatherings of amateur societies as well as events for military personnel, for children under 16 (except for film screenings) and for the disabled.

The decree on the tax on entertainment was abolished only in 1975, except for cinemas, which continued to pay 55 percent of gross proceeds from their ticket sales. 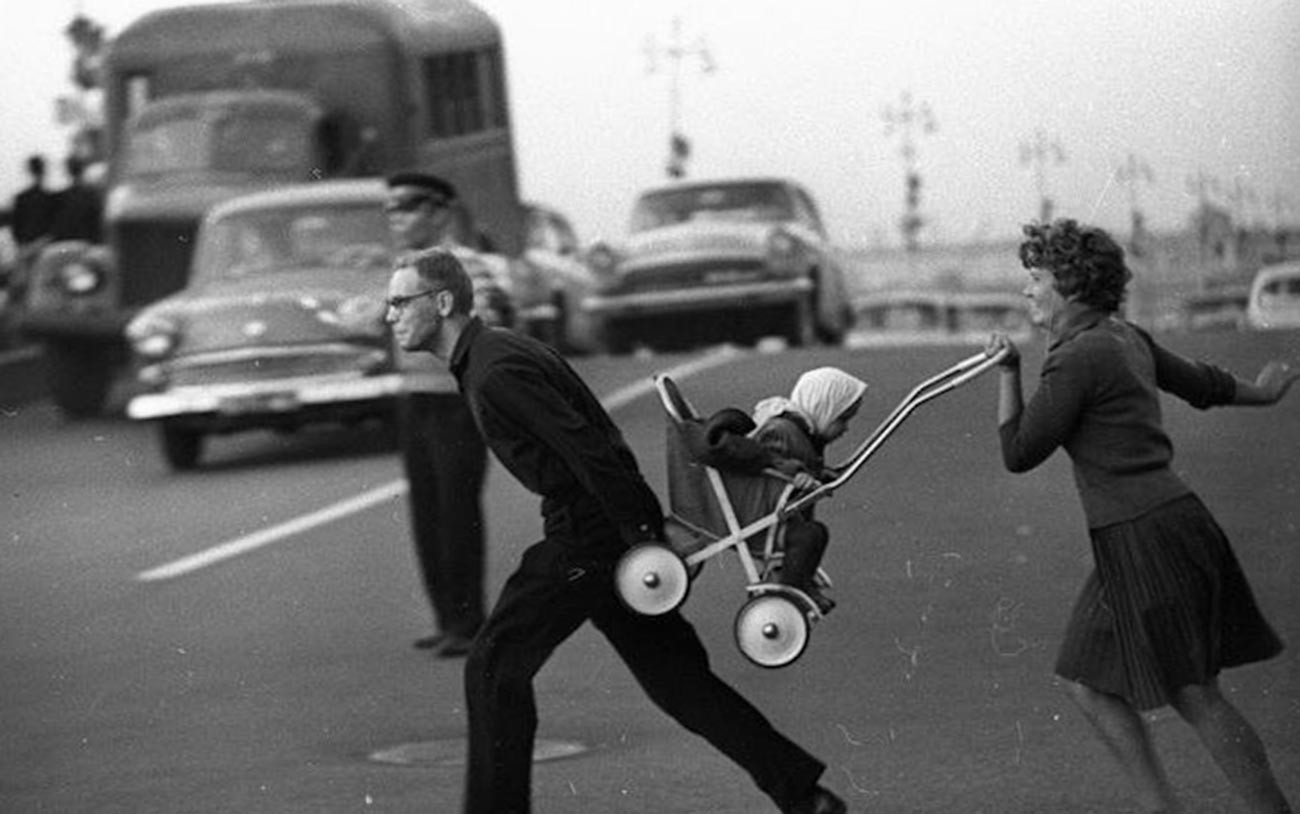 Starting from October 1941, under a decree of the Presidium of the Supreme Soviet of the USSR, all men and all married women of childbearing age but without children had to pay a tax on childlessness. The requirement did not apply to men in military service and women married to military men, to people in the process of getting a secondary or a higher education, to pensioners and to those who could not have children.

In 1944, the tax was raised to 6 percent of a person's wages and was levied from men aged 20- 50 and women aged 20-45. Even having children did not exempt one from the tax: those who had one child, had to pay 1 percent of their monthly income, while for those who had two children, the rate was 0.5 percent.

After the Great Patriotic War, there were hardly any children left in villages, so the tax for collective farmers was also increased: up to 150 rubles a year from those who had no children; 50 rubles from those who had one child; and 25 rubles from those with two children. In 1952, the tax was abolished for collective farmers and low-income families. Also, the tax was not applied to those who could not have children for health reasons or to those whose children died, were presumed dead or missing after the war.

If a family gave birth to or adopted a child, the parents no longer had to pay the tax. However, if the child died and the family had no other children, they had to pay the tax again. If a child was born to an unmarried couple, only the mother was exempt from the tax.

The tax on childlessness was abolished only in 1992 after the collapse of the USSR.

During the time this tax was in place, the population of the USSR grew from 168 million in 1946 to 286 million in 1989. The money collected through this tax went to the federal and regional budgets and was spent on helping mothers with many children and on building orphanages.

Some public organizations in Russia and representatives of the Russian Orthodox Church advocate for reinstating the tax on childlessness, however, the Russian government is opposed to the idea since – it points out – measures like these have long stopped having any effect on population growth.