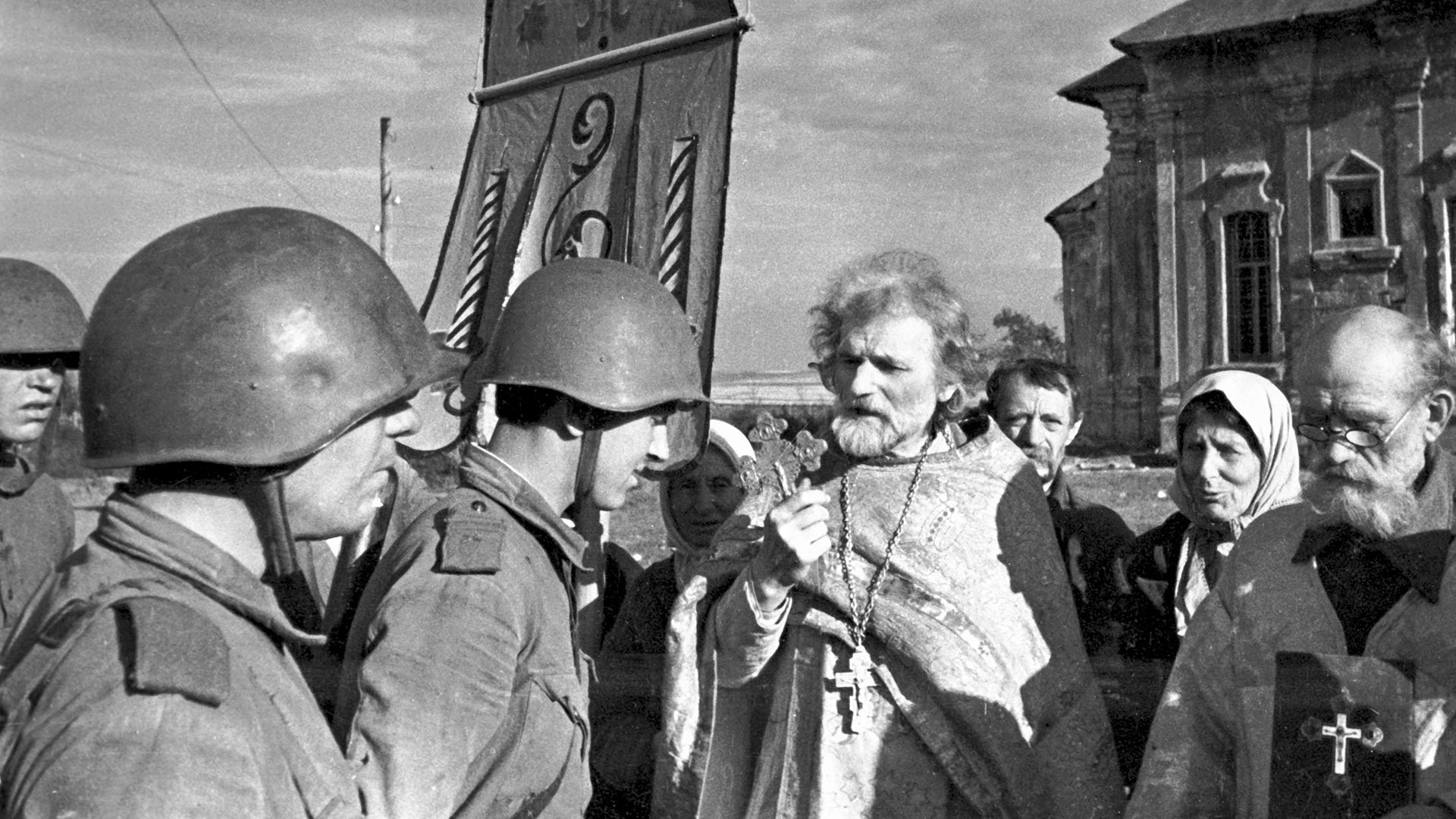 Max Alpert/Sputnik
Orthodox priests suffered greatly under Soviet rule, but were among the first to defend it.

Despite suffering horrendously at the hands of the state, the Russian Orthodox Church (ROC) still existed in the USSR at the start of WWII. Internally split and deprived of its former influence, it struggled to survive. Even cooperation with the Soviet government did not guarantee peace and safety for members of the clergy — churches were closed, priests arrested and sent to the camps.

Nevertheless, when German troops invaded the USSR in 1941, the ROC immediately sided with the state in its war against the Nazis. Not limiting themselves to just moral support, priests played a fighting role at the front and in the rear. 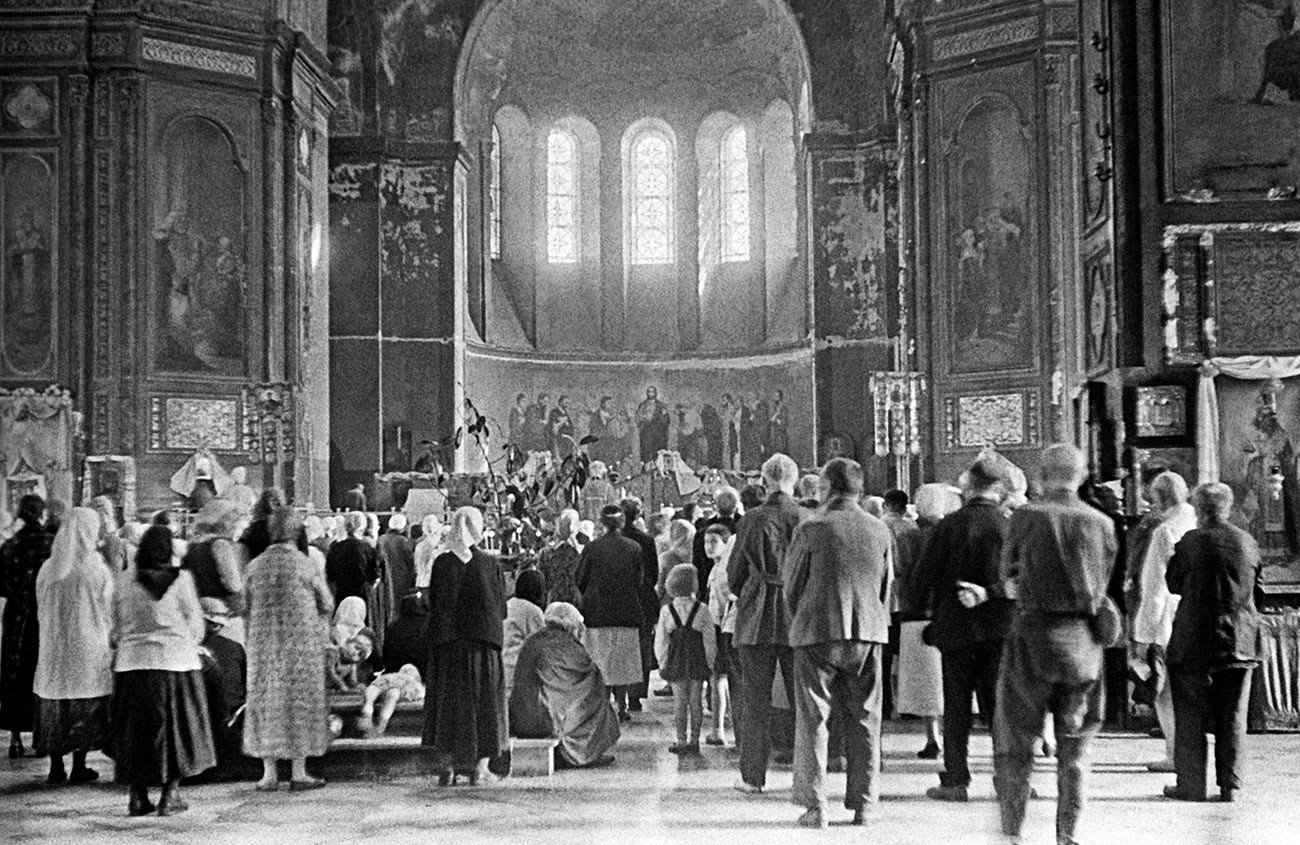 On the very day of the Nazi invasion, June 22, 1941, the de facto head of the Russian Orthodox Church, Metropolitan Sergius I, at his own initiative, addressed the country’s Orthodox population: “This is not the first time that the Russian people have had to endure such trials and tribulations. With God’s help, this time, too, He will reduce the fascist enemy to dust... The Church of Christ blesses all Orthodox Christians in the defense of the sacred borders of our Motherland.”

The clergy motivated people in the struggle against the invaders not only through sermons, but through fundraising for defense needs and to help Red Army soldiers, the sick and the wounded. They assisted the families of soldiers killed at the front and orphans who had lost all their relatives during the war. Churches and monasteries used their own resources to set up hospitals and dressing stations.

In 1943, Metropolitan Sergius appealed to Stalin to open a special account in the State Bank to collect donations for armored vehicles for the Red Army. Stalin gave his consent, and even sent a letter of thanks in return. 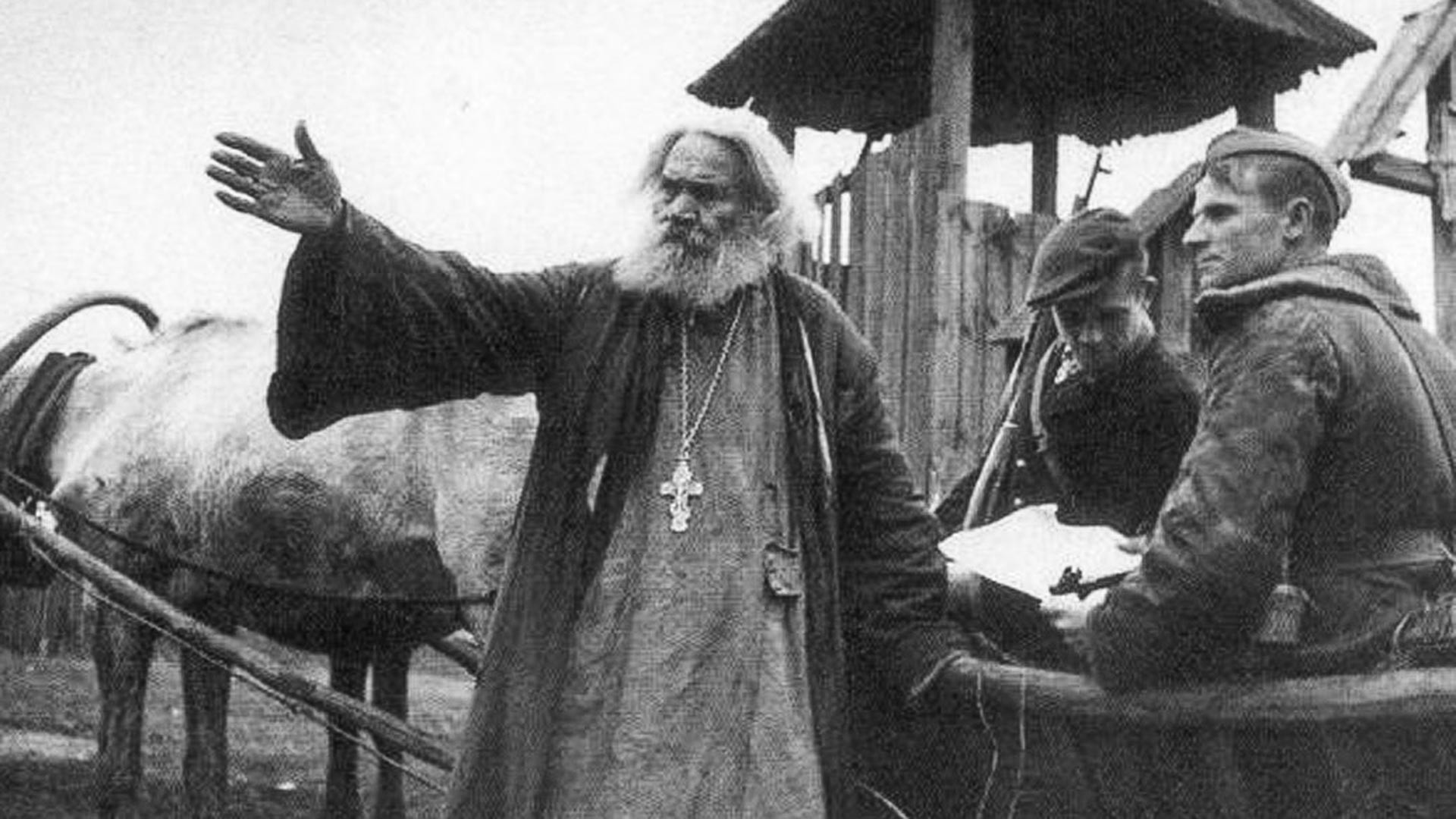 Thanks to this initiative of the Russian Orthodox Church, the Dmitry Donskoy tank column (named after the Moscow prince who defeated the Mongols at the Battle of Kulikovo Field in 1380) was formed. On March 7, 1944, 19 T-34-85 tanks and 21 OT-34 flamethrower vehicles were officially handed over to Soviet troops at the village of Gorelki near Tula, and later distributed among army divisions. One of the few of the tanks to have survived to this day is housed at the Donskoy Monastery in Moscow.

Donations from believers in Novosibirsk resulted in the creation of the “For the Motherland” air squadron. And another squadron was named in honor of Alexander Nevsky, a Novgorod prince who defended the north-western borders of Russia against the German crusaders in the 13th century; it too was put together with the assistance of the ROC.

Many clergymen recently released from the camps were called up to the front, where they fought in the ranks of the Red Army. Others took part in digging trenches or organizing air defenses in the rear. Dozens were awarded the “For the Defense of Leningrad”, “For the Defense of Moscow” and “For Valorous Labor during the War” medals. 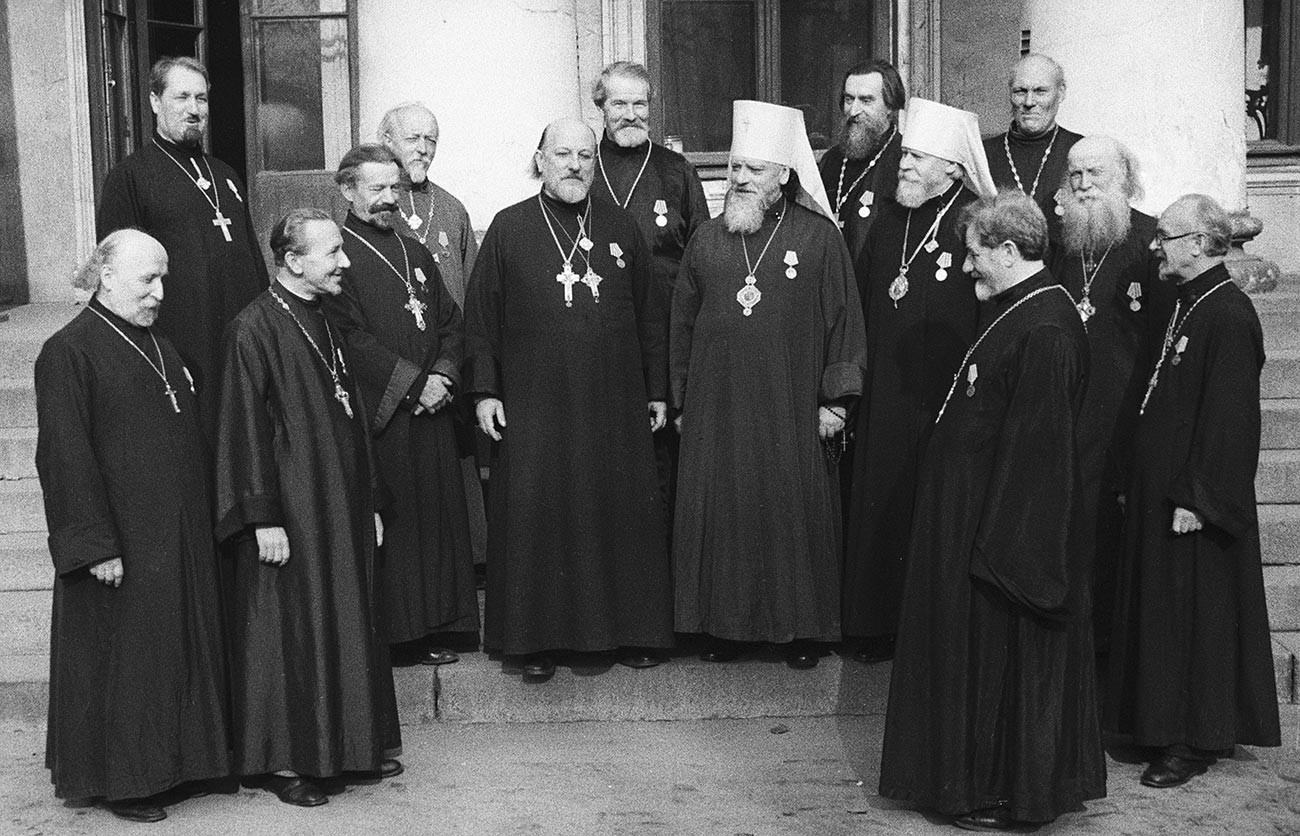 By opening churches in occupied Soviet territories, the Germans tried to create the impression that religious life was being revived. However, only a small part of the Orthodox clergy went over to their side; the majority joined the resistance movement.

“Let your local partisans be not only an example and encouragement to you, but the subject of unceasing care. Remember that any service rendered to the partisans is a merit to the Motherland and one more step towards our liberation from fascist captivity,” Metropolitan Sergius addressed members of the clergy behind enemy lines.

Priests in their sermons called upon residents to oppose the Nazis. They refused to hold services in honor of the German army, collected intel for the partisans and provided them with food, clothing and lodging. One such priest, Father Fyodor Puzanov, collected half a million rubles in the occupied Pskov Region and donated it to the Dmitry Donskoy tank column. 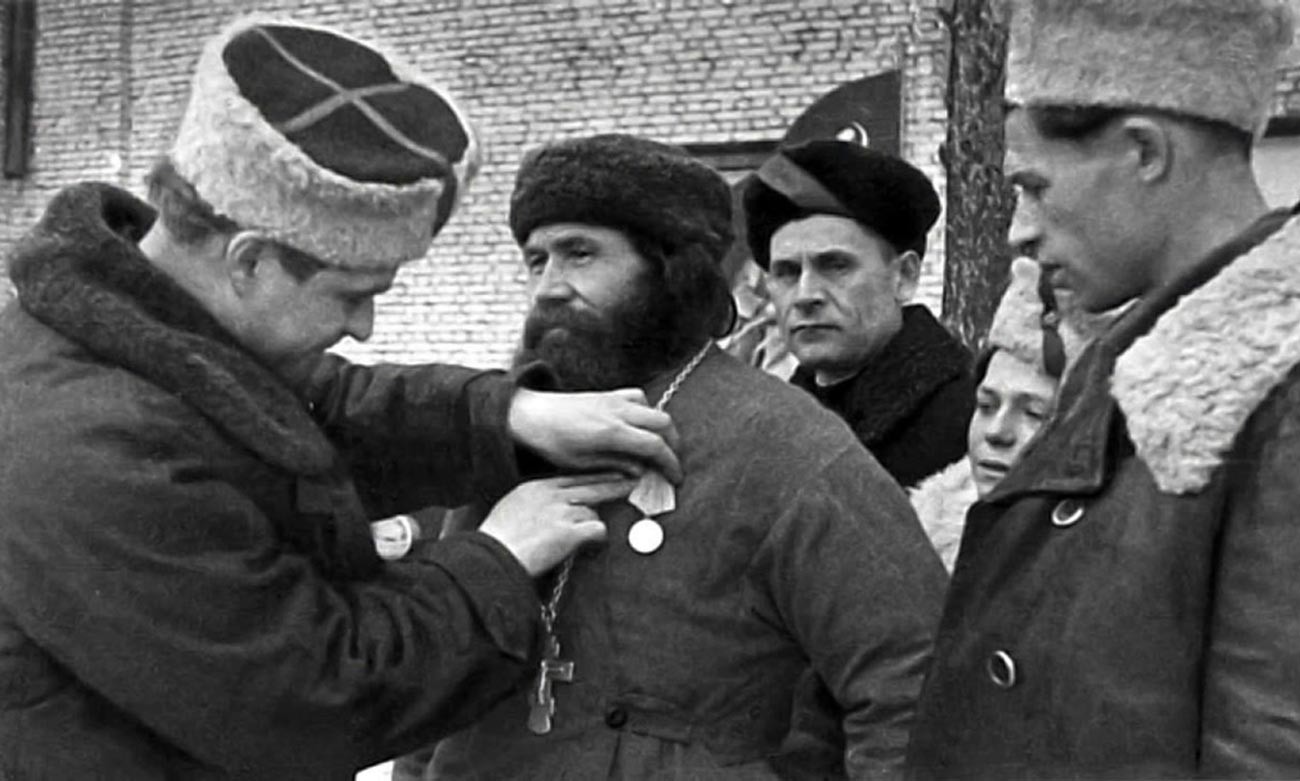 The most daring priests joined the partisan detachments. There, they not only held services and confessed and gave communion to the soldiers, but participated in sabotage operations and military engagements themselves. Many were later awarded the “Partisan of the Great Patriotic War” medal.

The Germans severely punished Orthodox clergy for assisting the partisan and underground movements. In the Polesia diocese in Belarus, more than half of all priests were shot. Father Nikolai Pyzhevich, the prior of the church in Stary Selo in the Rivne region of Ukraine, was burned alive in his home together with his family for having sheltered partisans and seriously injured Red Army soldiers.

As soon as the war started, the Soviet authorities realized the importance of the Russian Orthodox Church in the struggle against the enemy. Starting July 1941, Soviet newspapers began publishing positive articles about religious life in the Soviet Union. 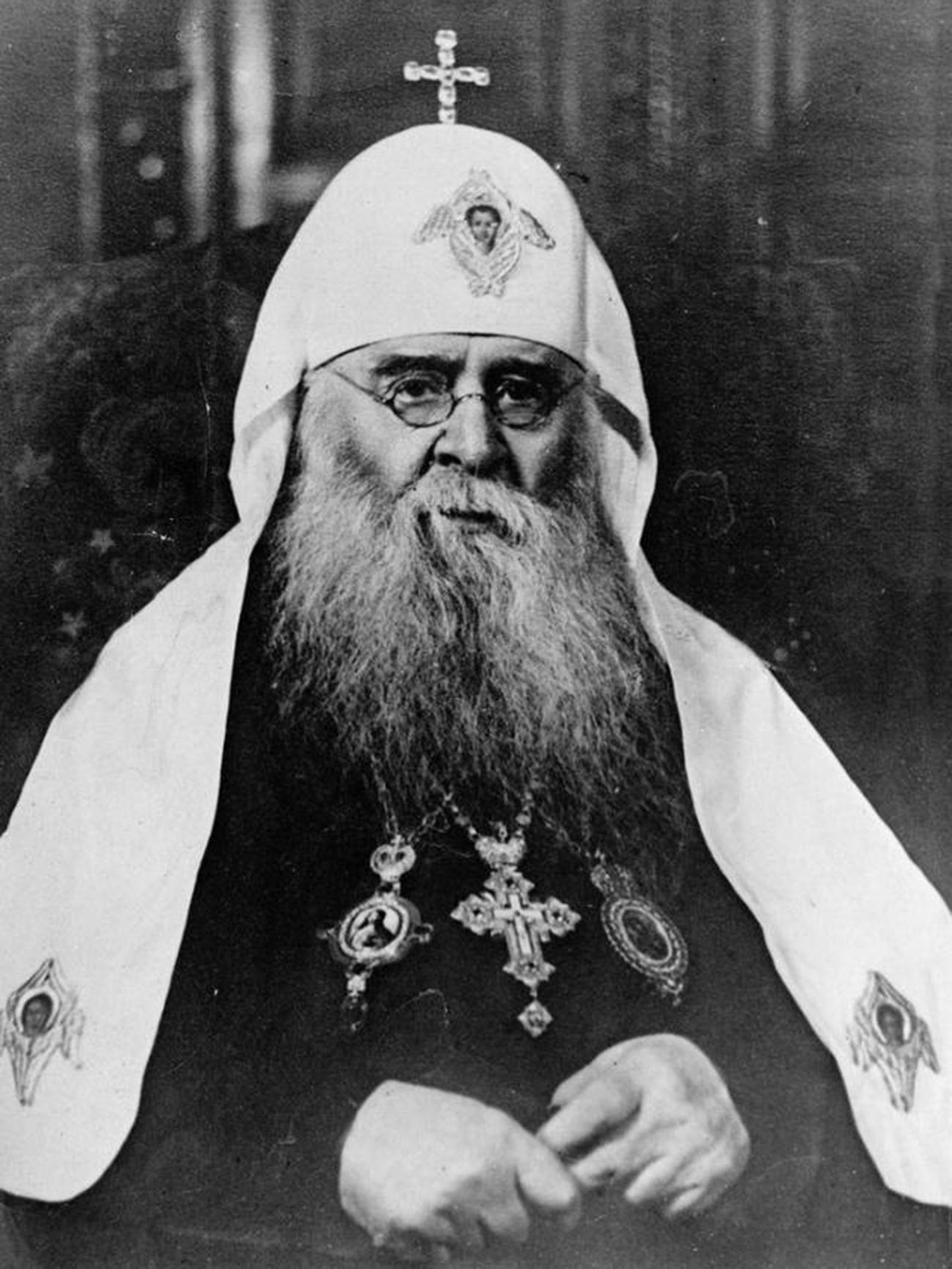 Stalin encouraged the partial revival of the ROC not only for morale-boosting purposes. He also wanted to counteract the German policy of luring Orthodox clergy members and turning them into a fifth column. Moreover, good relations between the state and the Church greatly facilitated cooperation with the Western powers, who had long been concerned about the religious policy of the USSR.

Sept. 4, 1943, saw a historic meeting between Joseph Stalin and Metropolitan Sergius, which changed the life of the Church in many ways: it was given permission to elect a Patriarch (which Sergius duly became), ROC educational institutions were opened, the publication of religious literature was allowed once more, and the Council for ROC Affairs was established, without whose consent local authorities could not close down places of worship. Although religious life remained under strict state control and supervision, this was a huge step forward for the ROC.

A striking illustration of the gratitude felt by the Soviet authorities toward the ROC for its wartime service was the invitation extended to the top hierarchs to attend the Victory Parade on Red Square on June 24, 1945, as guests of honor.