Why did the USSR bomb neutral Sweden during WWII? 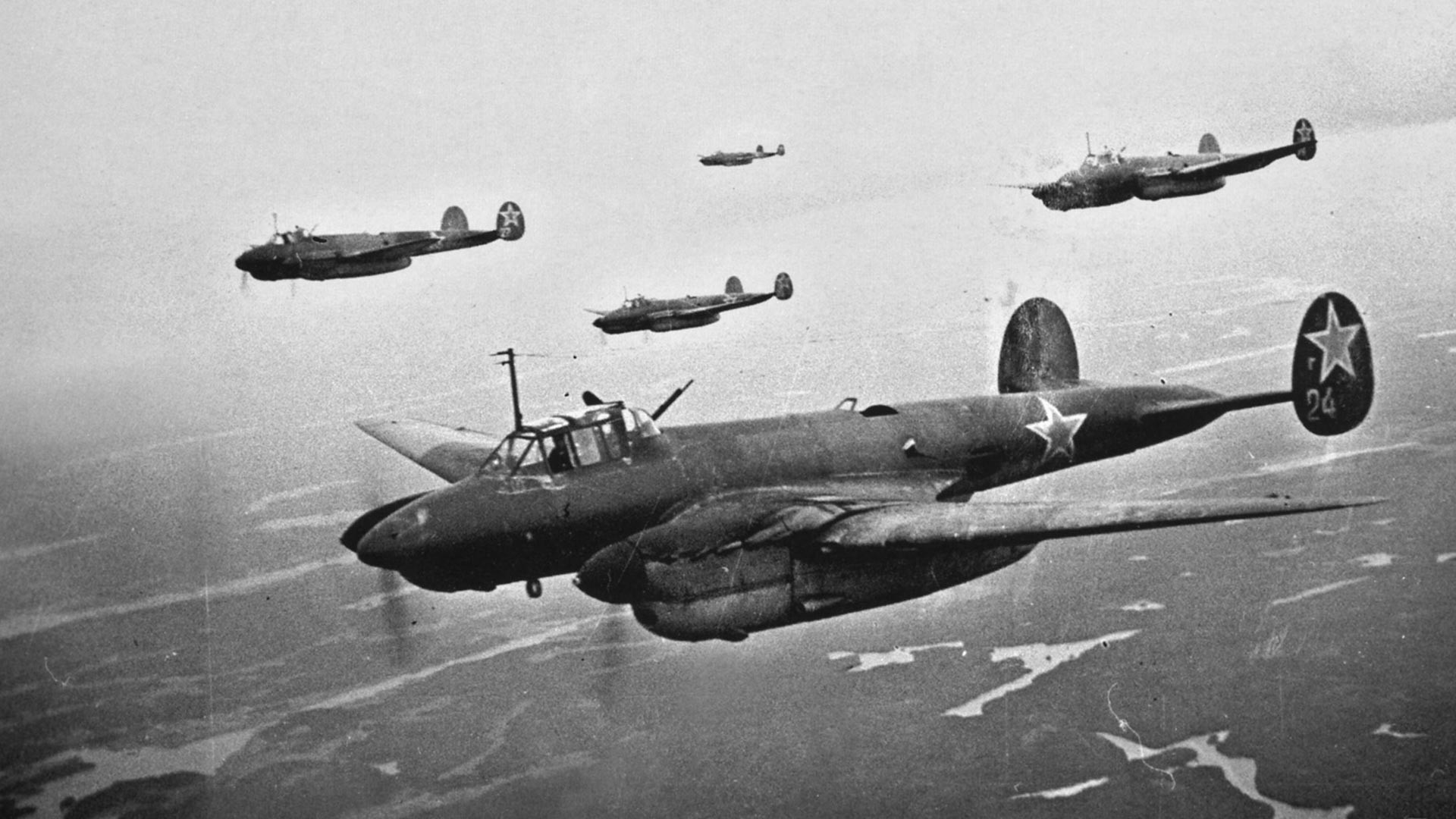 Sputnik
The Soviet Union dropped more than a hundred bombs on Swedish towns and villages. Miraculously, no-one was killed in those air raids.

Not quite so neutral

During World War II, Sweden was unable to stay away from the military conflict, as it had hoped to. Under pressure from the Third Reich, it had to agree to the transit of German troops through its territory. 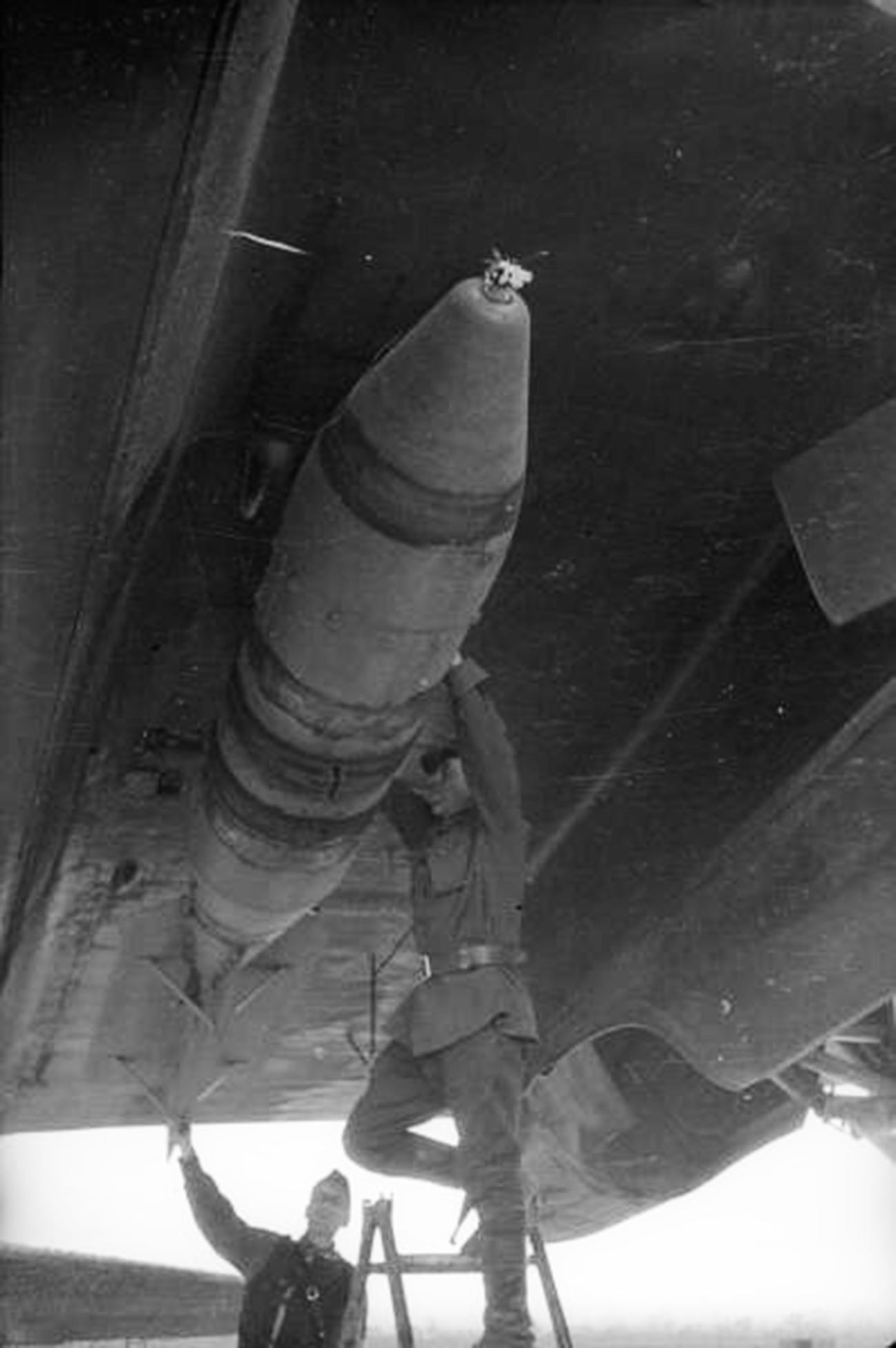 Furthermore, Stockholm deviated from its policy of neutrality not only under pressure, but also quite voluntarily. During the Soviet-Finnish war, Sweden declared itself a so-called “non-belligerent” state. However, without directly intervening in the conflict, it nevertheless actively supplied Finland with weapons, ammunition and volunteers.

In addition, the Swedes ended up taking part in the hostilities, too. From time to time, the warring sides’ submarines attacked and sank Swedish merchant ships by mistake, while aircraft that had lost their bearings launched air strikes on Swedish territory. 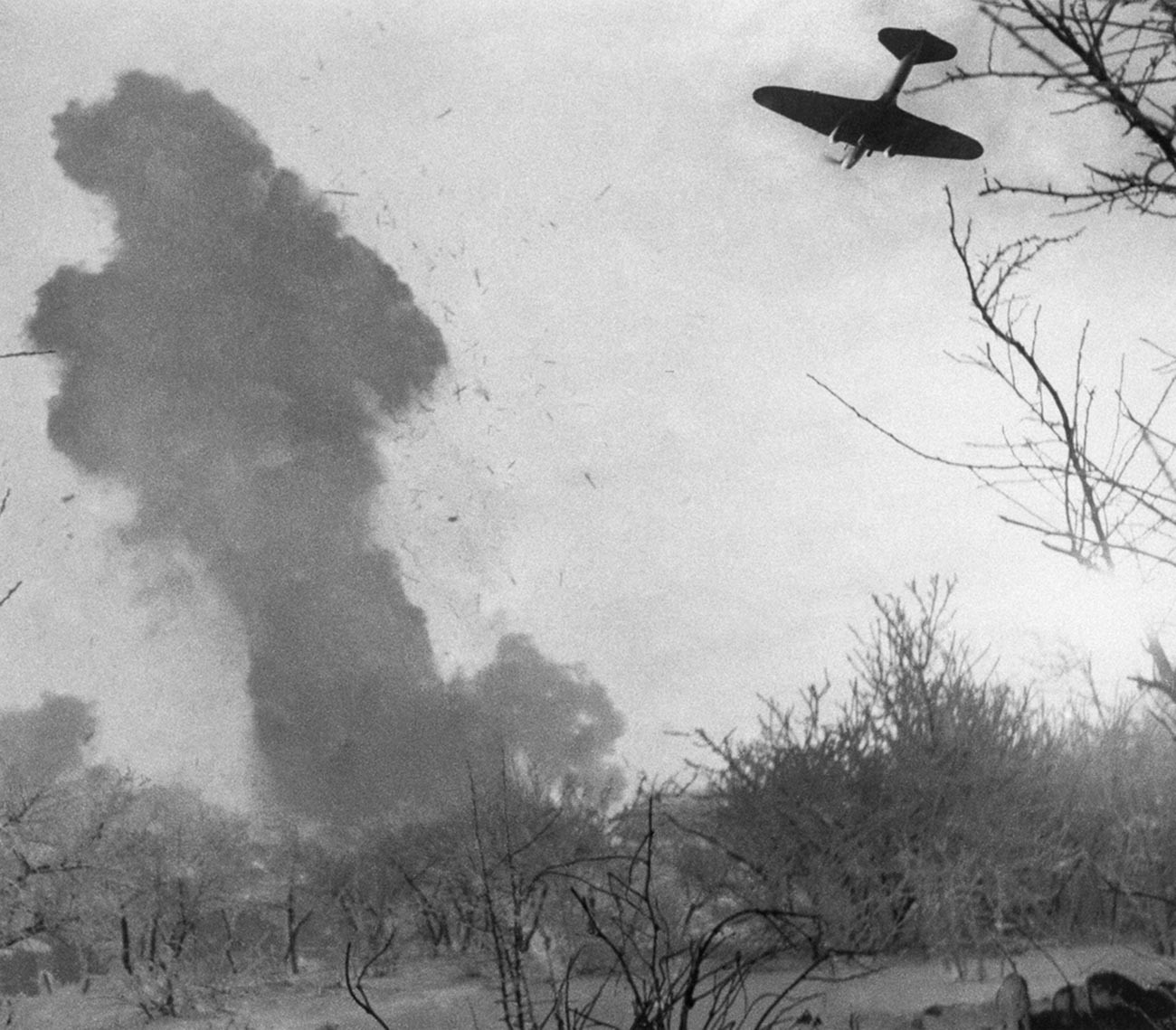 According to Sweden’s calculations, during World War II, Germany bombed it 10 times, Great Britain 12 times, while the USSR was responsible for seven incidents. Moscow, however, admitted its involvement in only one of them.

On January 14, 1940, Soviet aircraft attacked Swedish territory for the first time. Having flown over northern Finland and the Gulf of Bothnia, three DB-3 bombers reached the large Swedish port of Luleå. 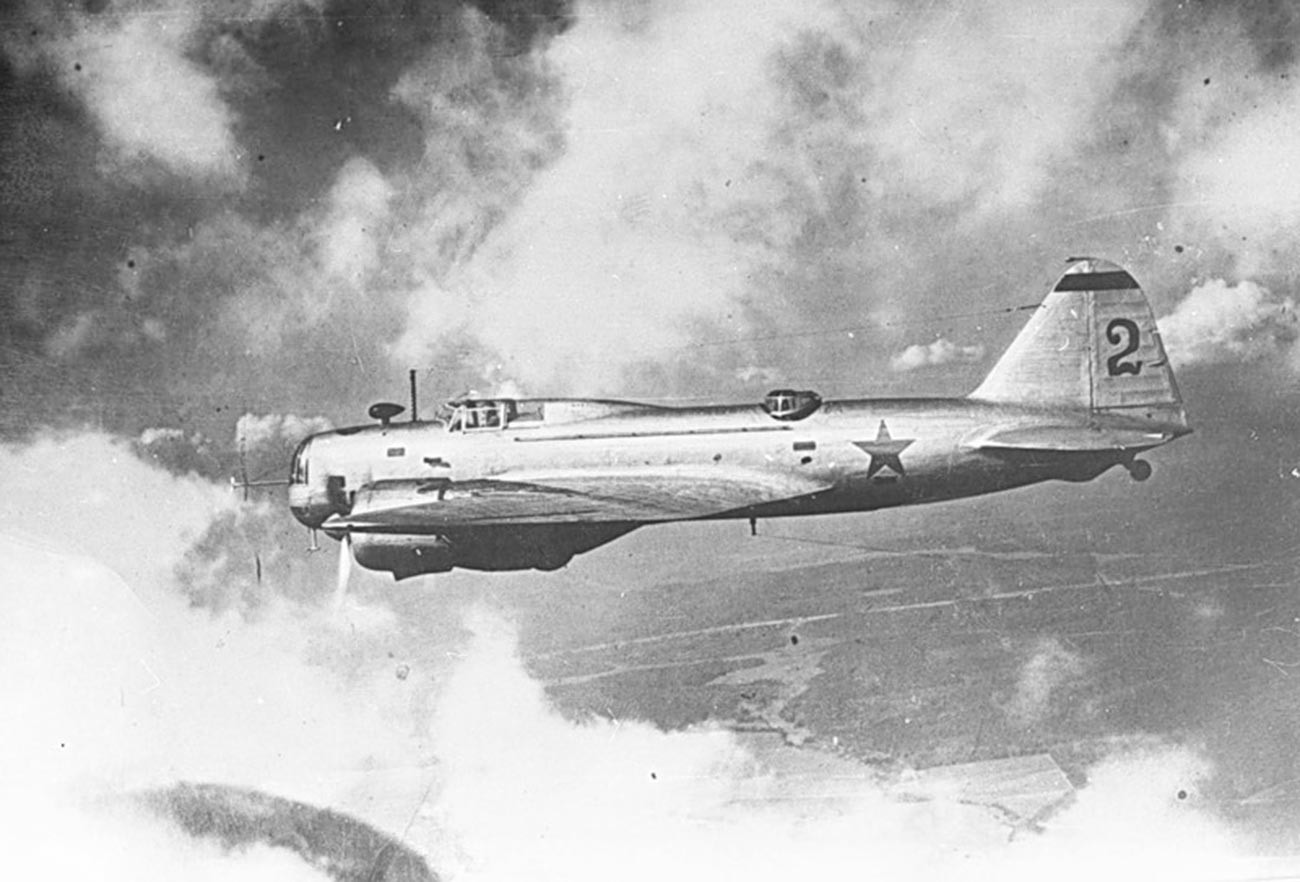 In heavy snowfall and poor visibility, they turned to the island of Kallaxön south of Luleå, where they dropped about a dozen bombs. Fortunately, there were no casualties; only a few residential buildings were damaged.

On the way back, empty fuel tanks forced the Soviet bombers to land in Finland, where they were captured by Finnish troops.

Crown Prince Gustaf Adolf, Duke of Västerbotten, who was in northern Sweden at the time, immediately arrived at the scene, accompanied by high-ranking military personnel. Straight away, speculation began as to the possible reasons for the Soviet bombing raid. 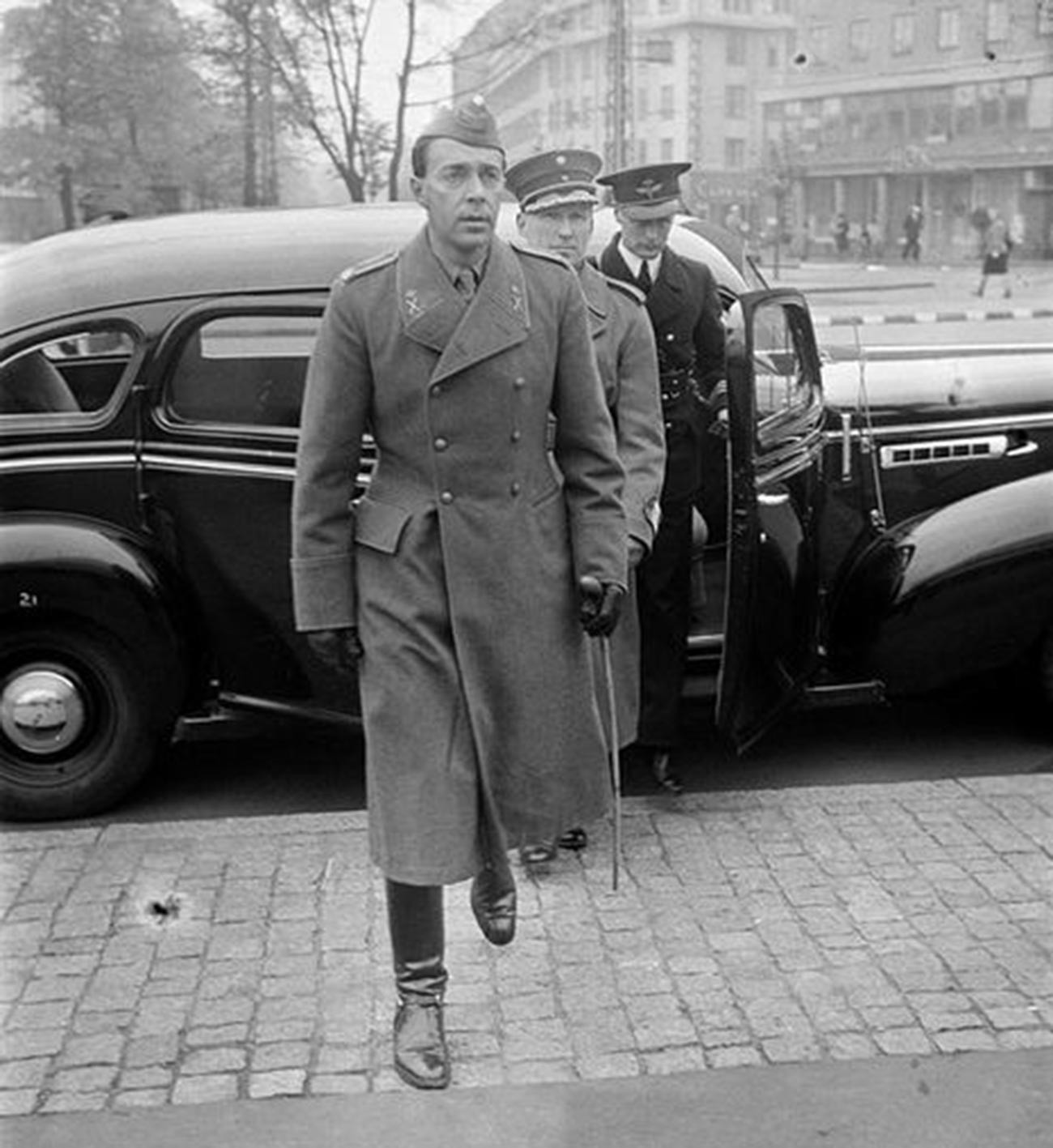 According to the generally accepted theory, the Soviet planes were heading towards the Finnish city of Kemi, but lost their way. However, there was also another theory that the DB-3s had been tasked with bombing a military airfield being built on Kallaxön. Perhaps the USSR, thus, wanted to force the Swedes to give up their support for Finland. Moscow, however, did not acknowledge the involvement of its Air Force in this incident.

At noon on February 21, 1940, seven Soviet bombers appeared in the sky over the Swedish village of Pajala, 10km from the border with Finland and rained bombs on it. 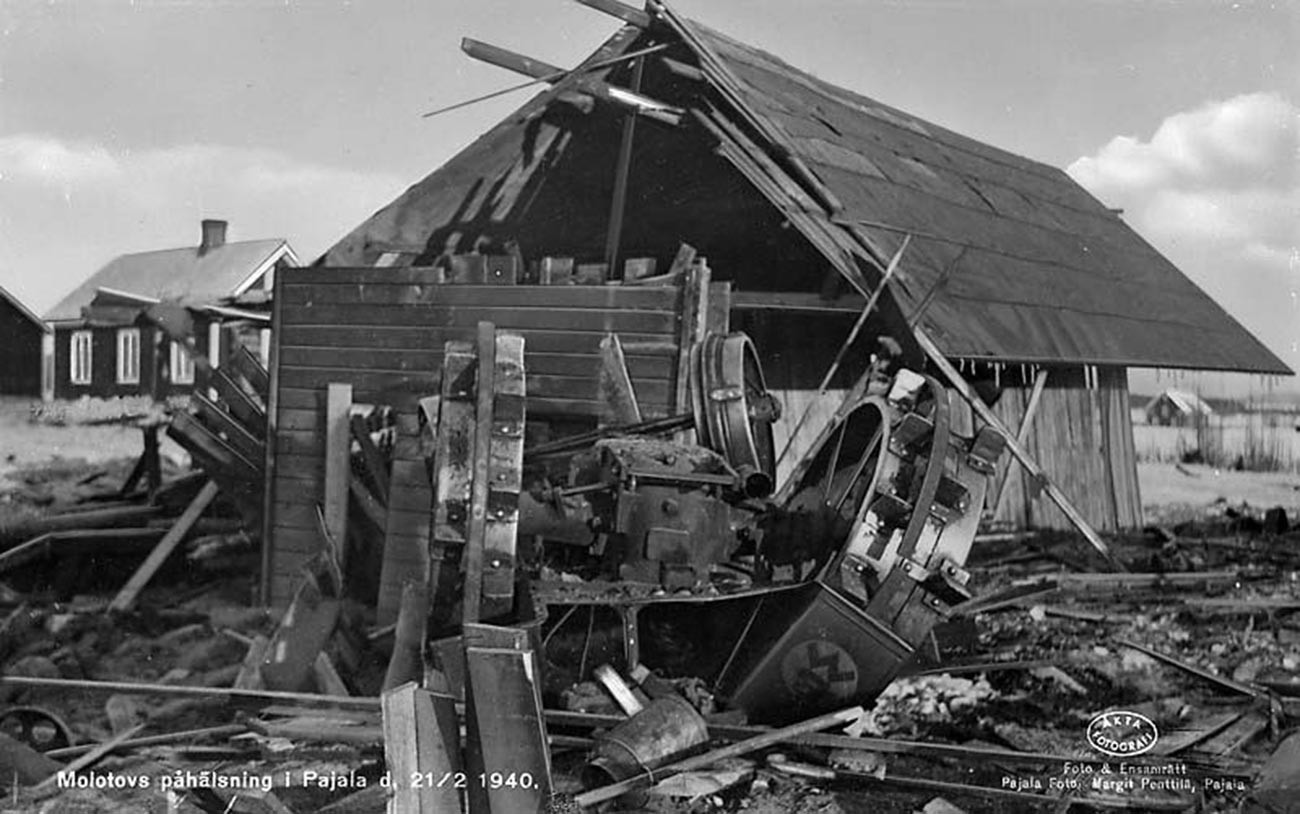 Pajala was hit with more than 130 bombs, including incendiary ones, which severely damaged a local church, burnt down a sawmill and part of a residential area.

One bomb hit a local school’s gym, where units of the Norrland Dragoon Regiment were stationed at the time. The only thing that saved the Swedish soldiers’ lives was that the bomb did not explode. 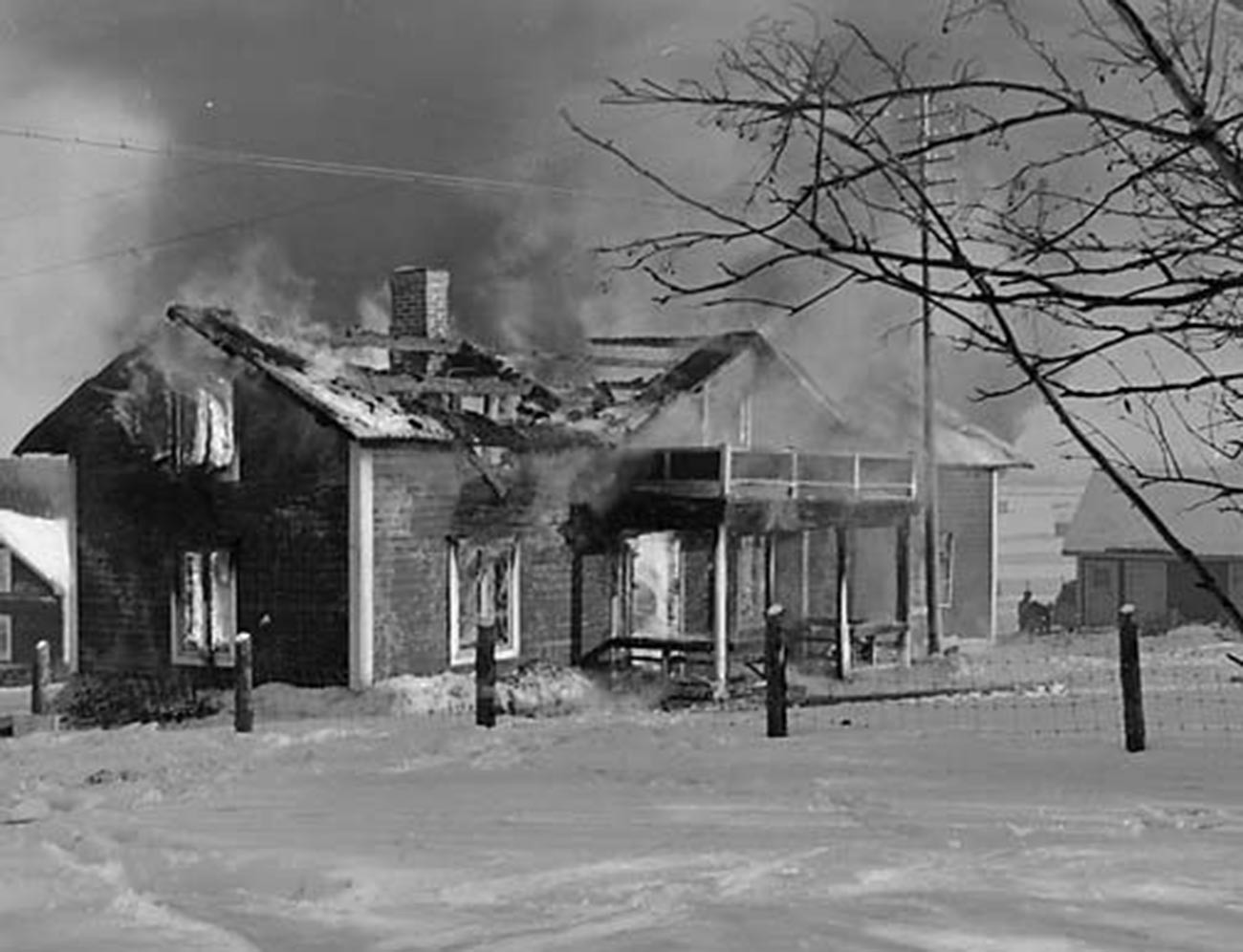 Miraculously, no-one was killed in the air raid, but two local residents were wounded. The small number of casualties was due to the fact that most of the bombs fell on the outskirts of Pajala. In addition, many residents had been warned by their friends and relatives from the neighboring village of Kengis on the very border with Finland, who were the first to spot the Soviet planes.

Sweden protested to the Soviet leadership, but Moscow rejected the charge of having attacked Pajala. It was only on March 6 that, having investigated the situation, the USSR admitted that it had bombed Swedish territory, citing the crews’ navigation error as the reason. 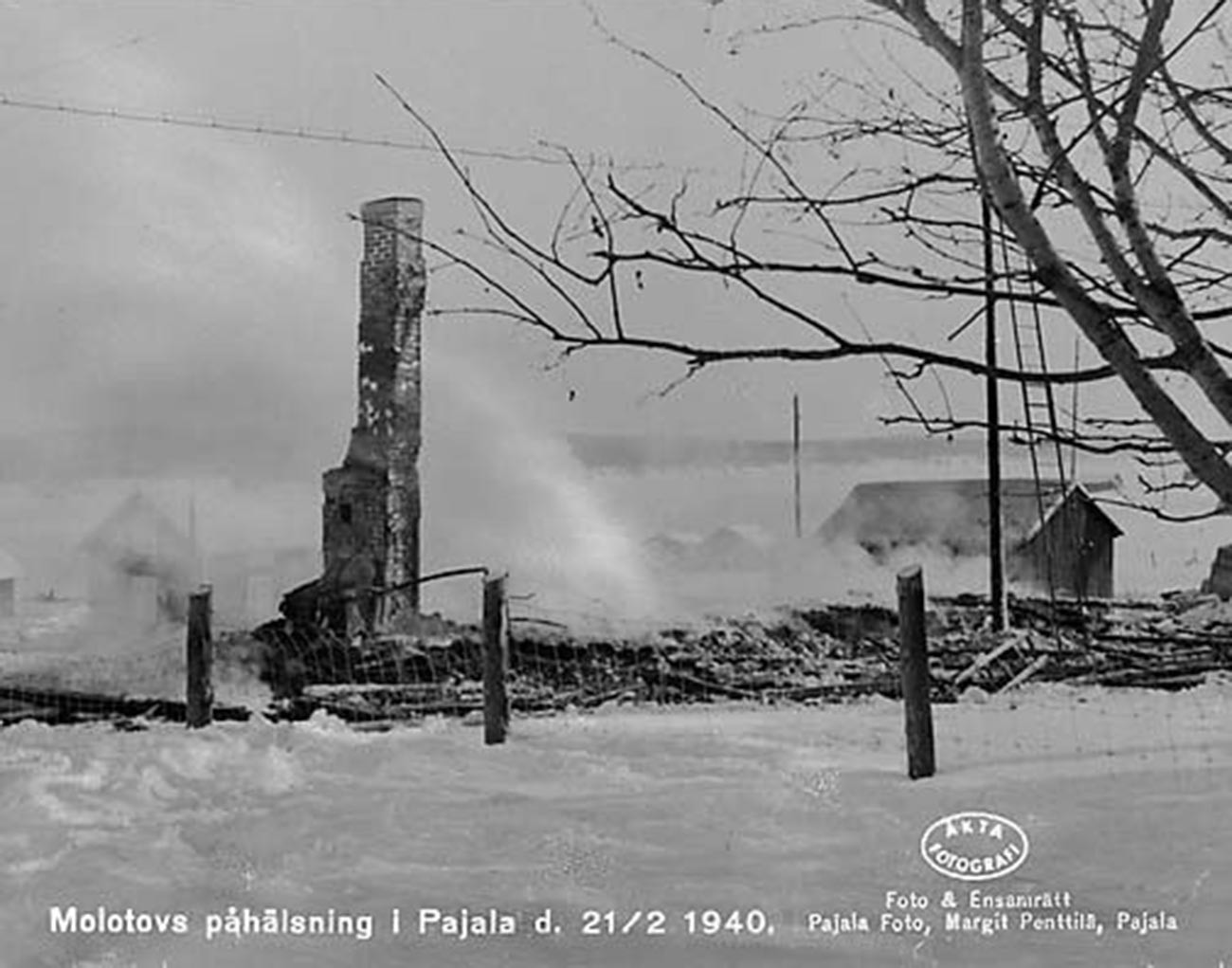 Already after the Winter War was over, a Soviet delegation visited the village to assess the damage caused. The Swedes estimated damage at 45,000 kronas. In the end, the USSR paid Sweden 40,000 kronas in compensation. 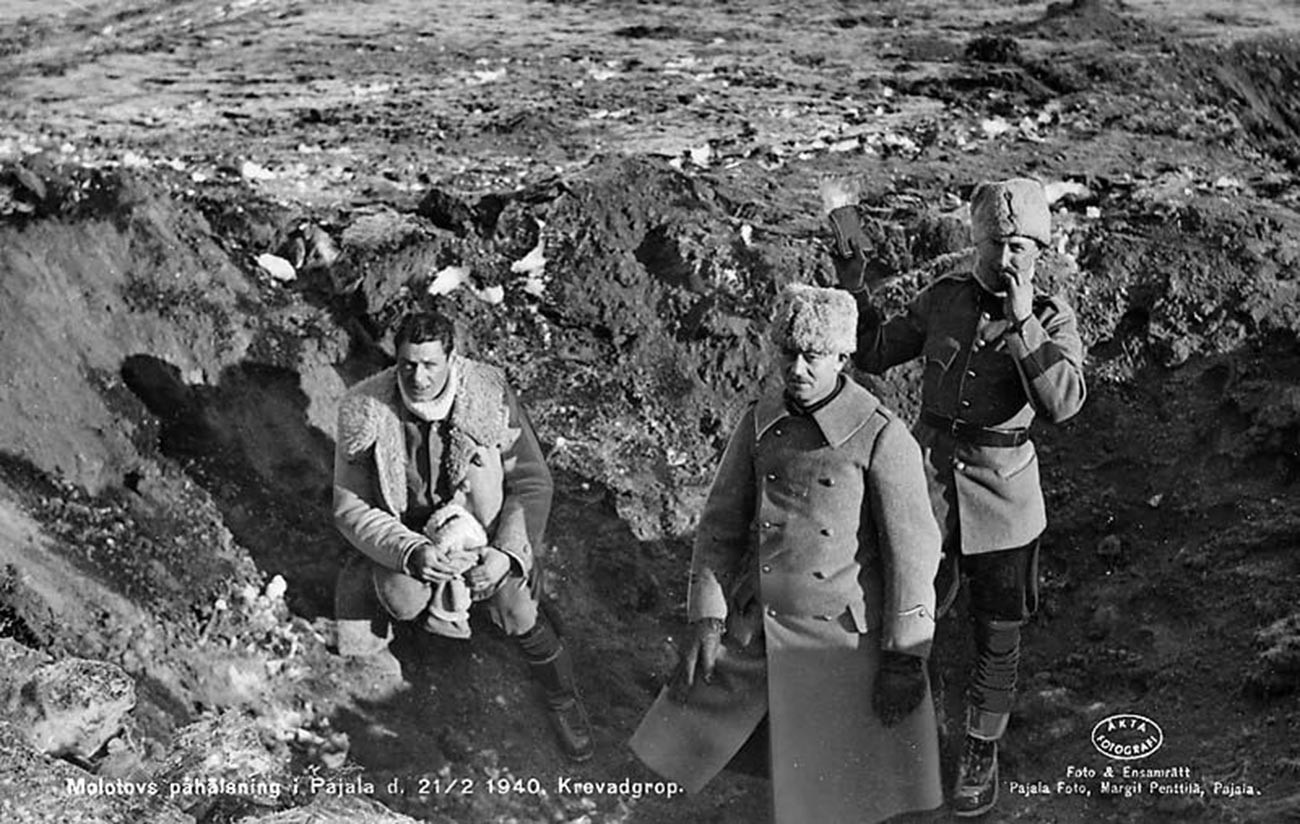 Strike on the capital

On February 22, 1944, residents of Stockholm suddenly found themselves in the epicenter of a real war. Their city was being bombed by Soviet aviation.

The Swedish air defense forces had not detected four foreign bombers reaching the capital. Only one post reported that unidentified planes were approaching, but while it was trying to clarify the situation, it was already too late. 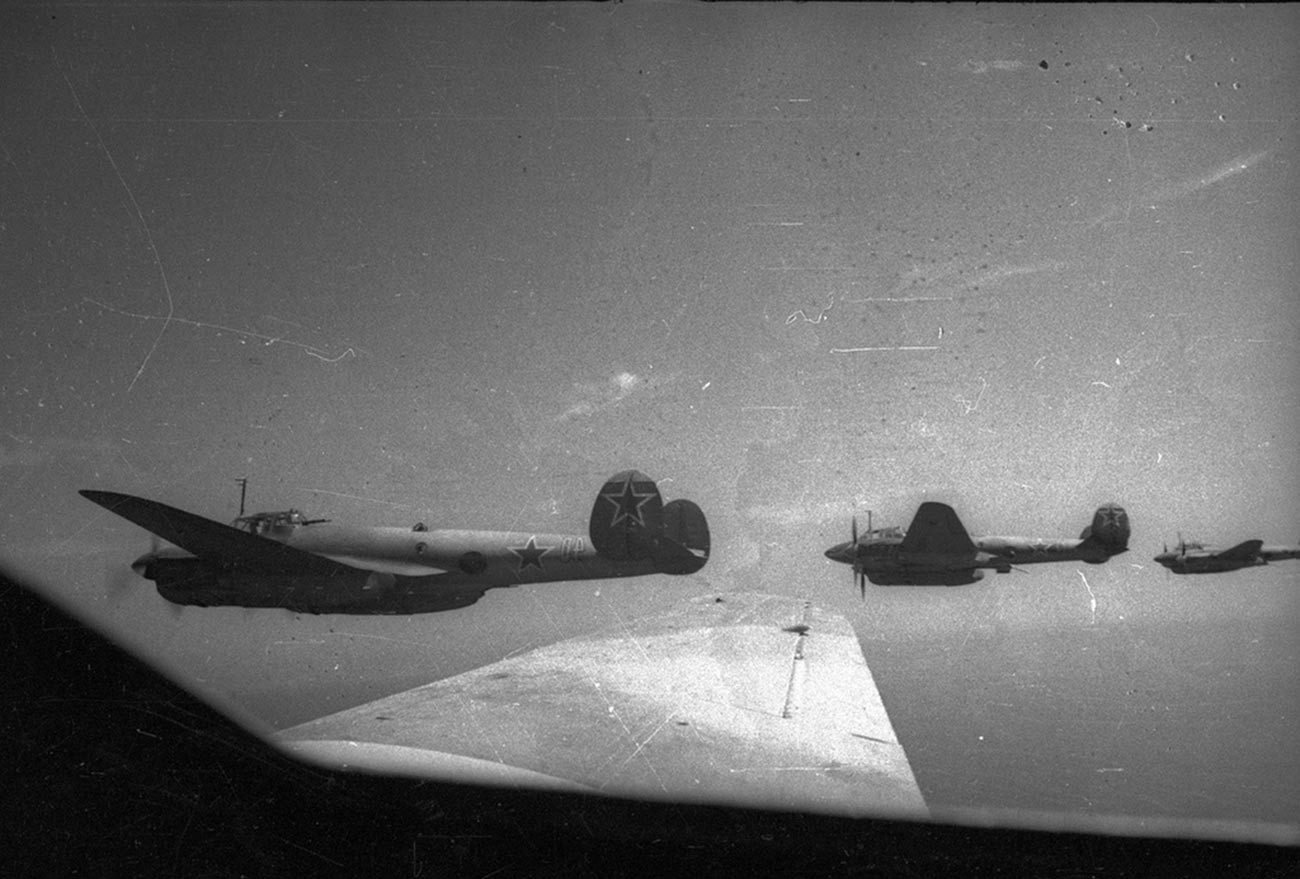 For the first time in history, Stockholm was bombed. One 100 kg bomb destroyed a newly opened theater, leaving a crater three meters deep and five meters wide. In addition to the Swedish capital, the neighboring town of Strängnäs was also hit.

As in the case with other Soviet air raids on Swedish settlements, miraculously, no one was killed. But two Swedish soldiers were wounded. 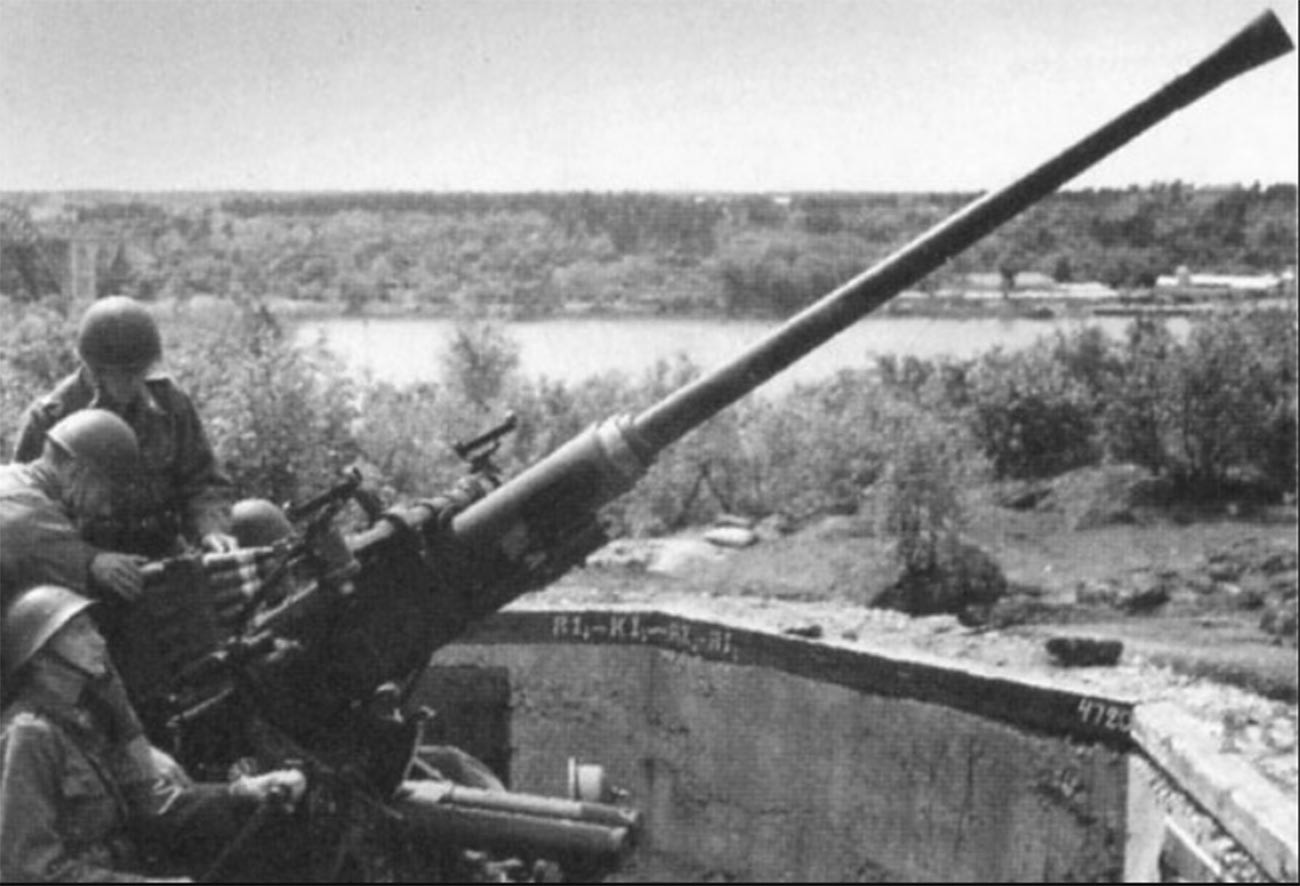 The Swedes concluded that the Soviet aircraft had struck Stockholm by mistake. At the time, the USSR was actively bombing southern and southwestern Finland, and its bombers may well have gotten lost on a dark winter night. However, in response to the Swedish demand to clarify the situation, Moscow refused to acknowledge its planes’ involvement in the raid on the city, albeit unintentional.

There is a theory that the attack on Stockholm was by no means a navigation error, but a deliberate operation by the Soviet Union. The reason was the case of a Soviet intelligence agent named Vasily Sidorenko. 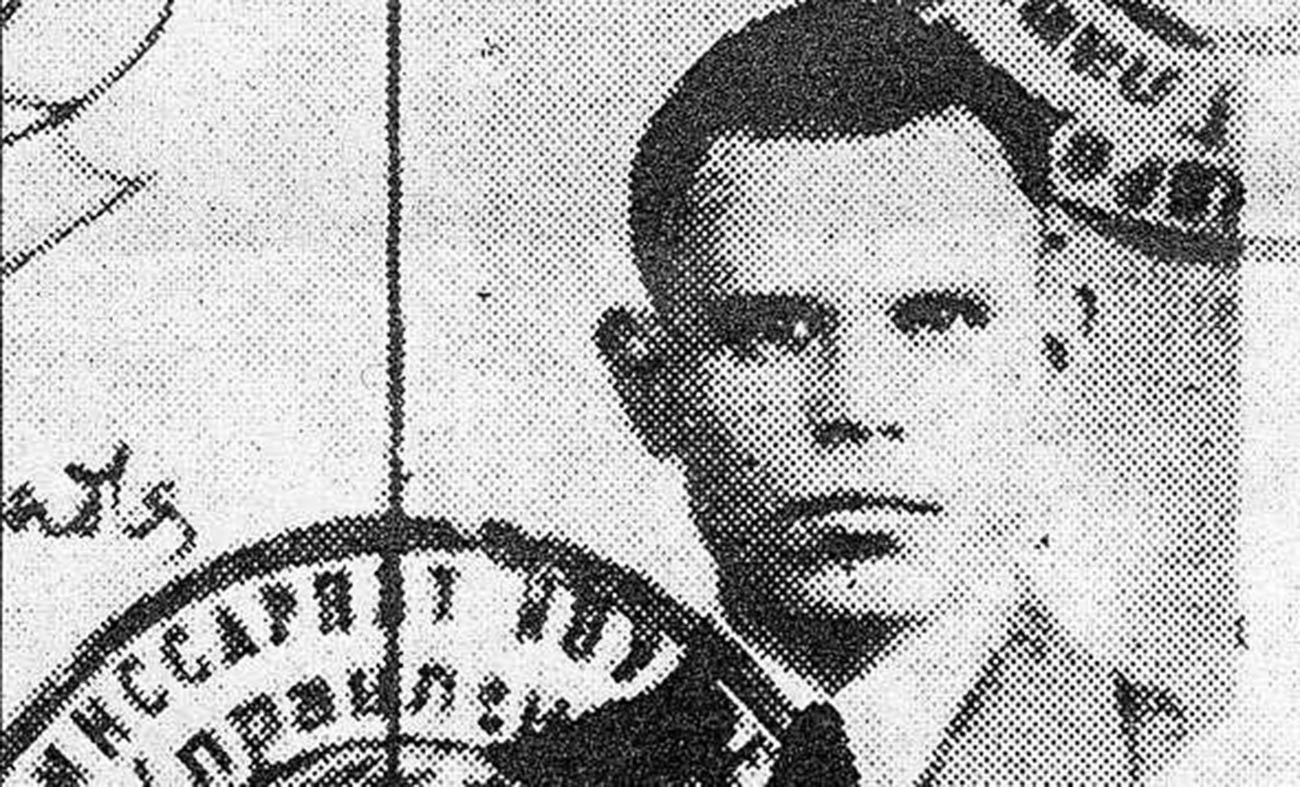 Sidorenko was arrested in Sweden in 1942 for espionage and sentenced to 12 years in prison. The Soviet leadership repeatedly appealed to Sweden demanding his immediate release, but all the appeals were invariably rejected. When diplomatic methods were exhausted, the USSR must have decided to resort to force. 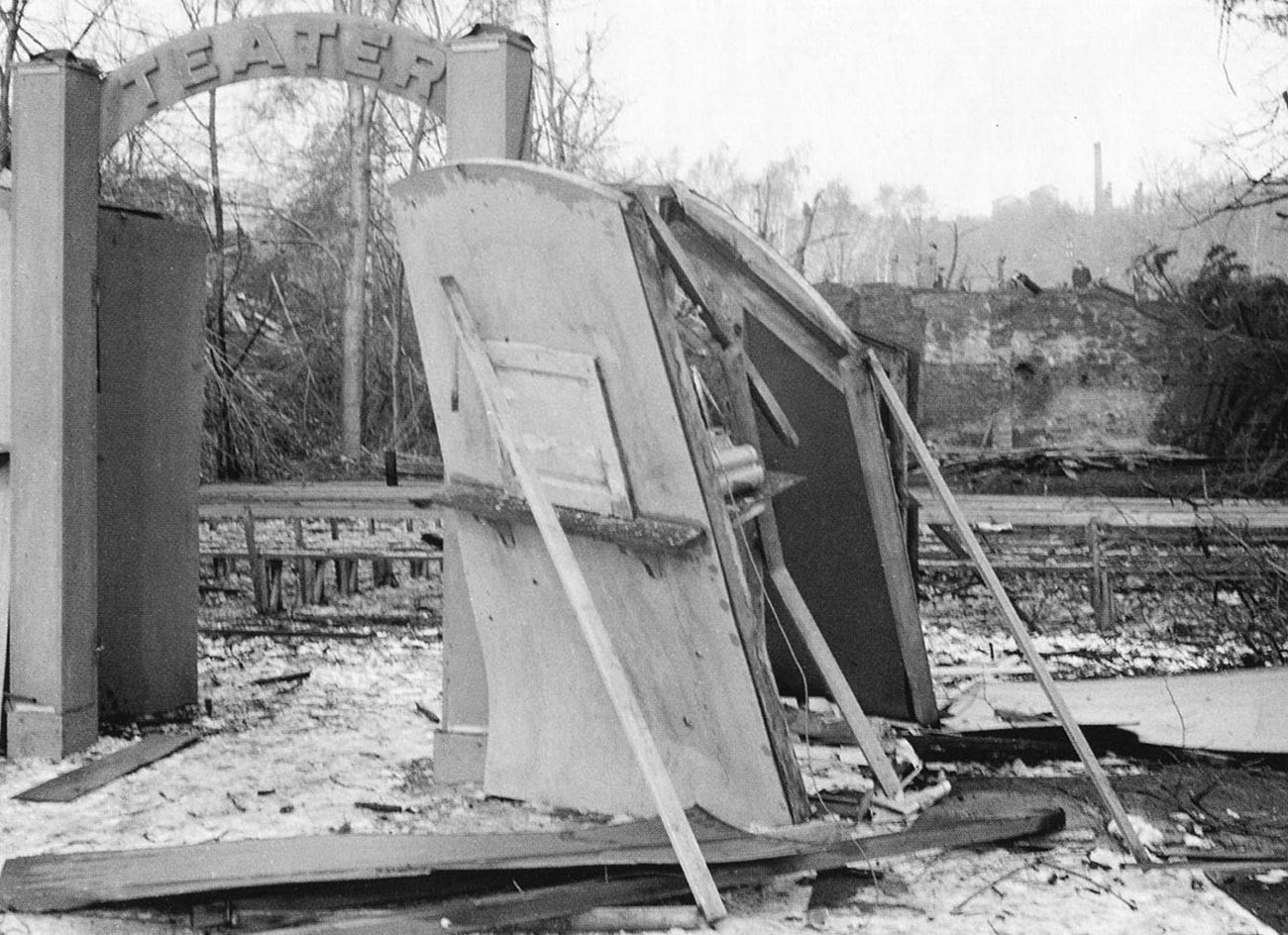 Stockholm after the Soviet bombing raid.

Whether by coincidence or not, just three days after the bombing of Stockholm, Sidorenko was released on medical grounds and soon left the country.