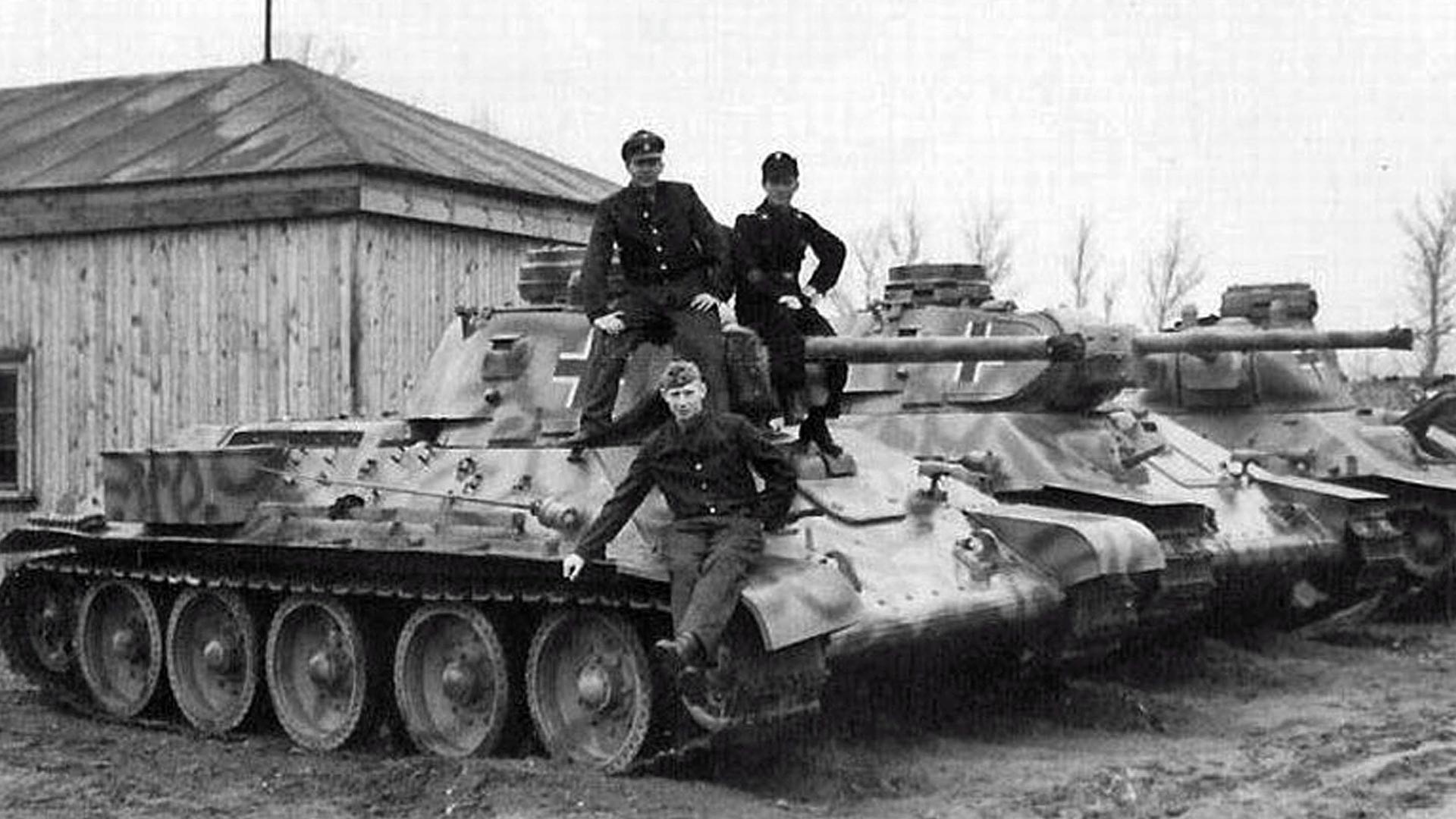 Bundesarchiv
The famous T-34 served the Third Reich not only as a tank. The Germans converted captured T-34s into vehicle retrievers and self-propelled anti-aircraft guns, and used them as a source of weaponry for armored trains.

The T-34 was the best Soviet tank of World War II. Well armed and protected, fast and maneuverable, it was unequaled on the battlefield until 1942.

“The T-34 tank was reliable on any terrain,” recalled Colonel General Johannes Friesner, commander of Army Group South Ukraine: “The Russian tanks could operate where we thought it impossible. The T-34’s firepower was also impressive. For the Soviet infantry, it served as an excellent path-layer and support vehicle.” 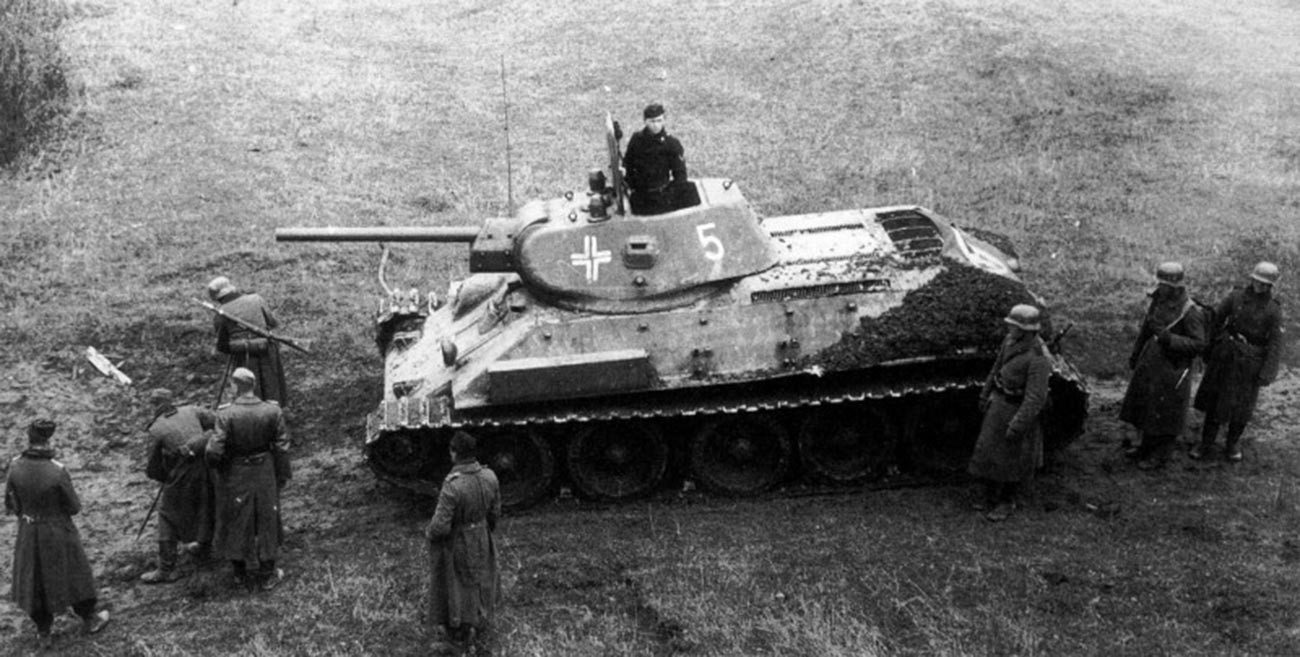 Unsurprisingly, the Third Reich found a worthy role was found for such a formidable machine. On the basis of captured T-34s, the Germans created whole battalions, with some German tankmen scoring dozens of victories in them, becoming real aces.

The first T-34/76s (“76” referred to the 76-mm gun) appeared in the Wehrmacht in the summer of 1941 under the designation Pz.Kpfw. T-34-747 (r), where “r” indicated the Russian origin of the tank and “Pz.Kpfw” stood for Panzerkampfwagen (“armored fighting vehicle”). About 300 such tanks fought for Germany in World War II. 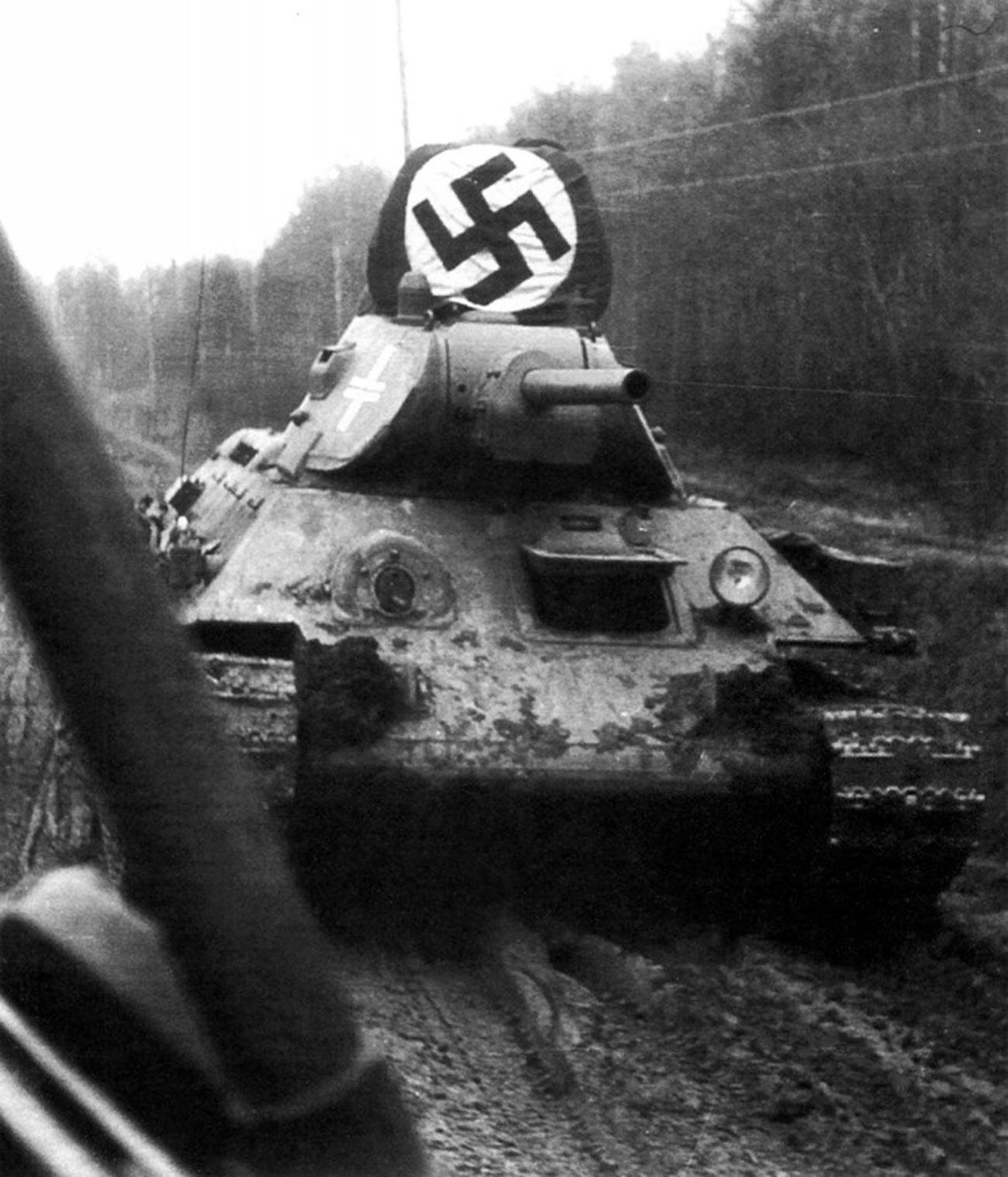 Captured tanks were equipped with German radios and optics. And some had commander’s cupolas fitted to improve the visibility of the crew leader.

The acute shortage of ammunition and spare parts made it hard to maintain the tanks in a combat-ready condition. Some T-34s had to be completely disassembled to supply parts for others. And shells were removed from destroyed T-34s, sometimes mid-battle. 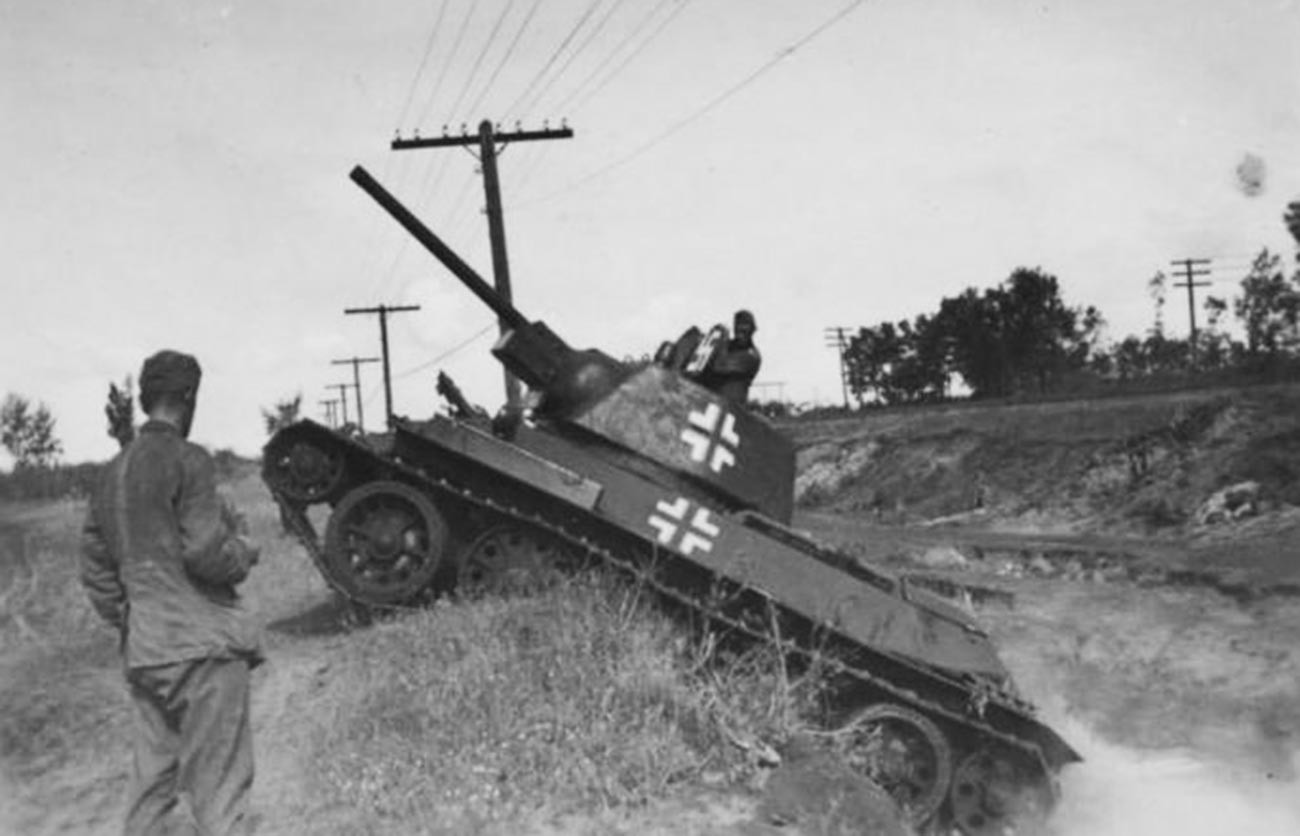 To prevent captured Soviet T-34s from being hit by their own artillery and the Luftwaffe, a large Balkenkreuz or swastika marking was applied to the hull and turret. Nevertheless, in the heat of battle, gunners often failed to notice them and opened fire on the silhouettes of the hated Soviet tanks.

The T-34 served the Germans not only in its traditional role. Some were converted into vehicle retrievers or self-propelled anti-aircraft guns. In the latter case, the turret was dismantled and replaced by a special open-top, rotating welded tower with a 20-mm Flakvierling 38 anti-aircraft gun. Severely damaged T-34s were installed on armored trains as artillery mounts. 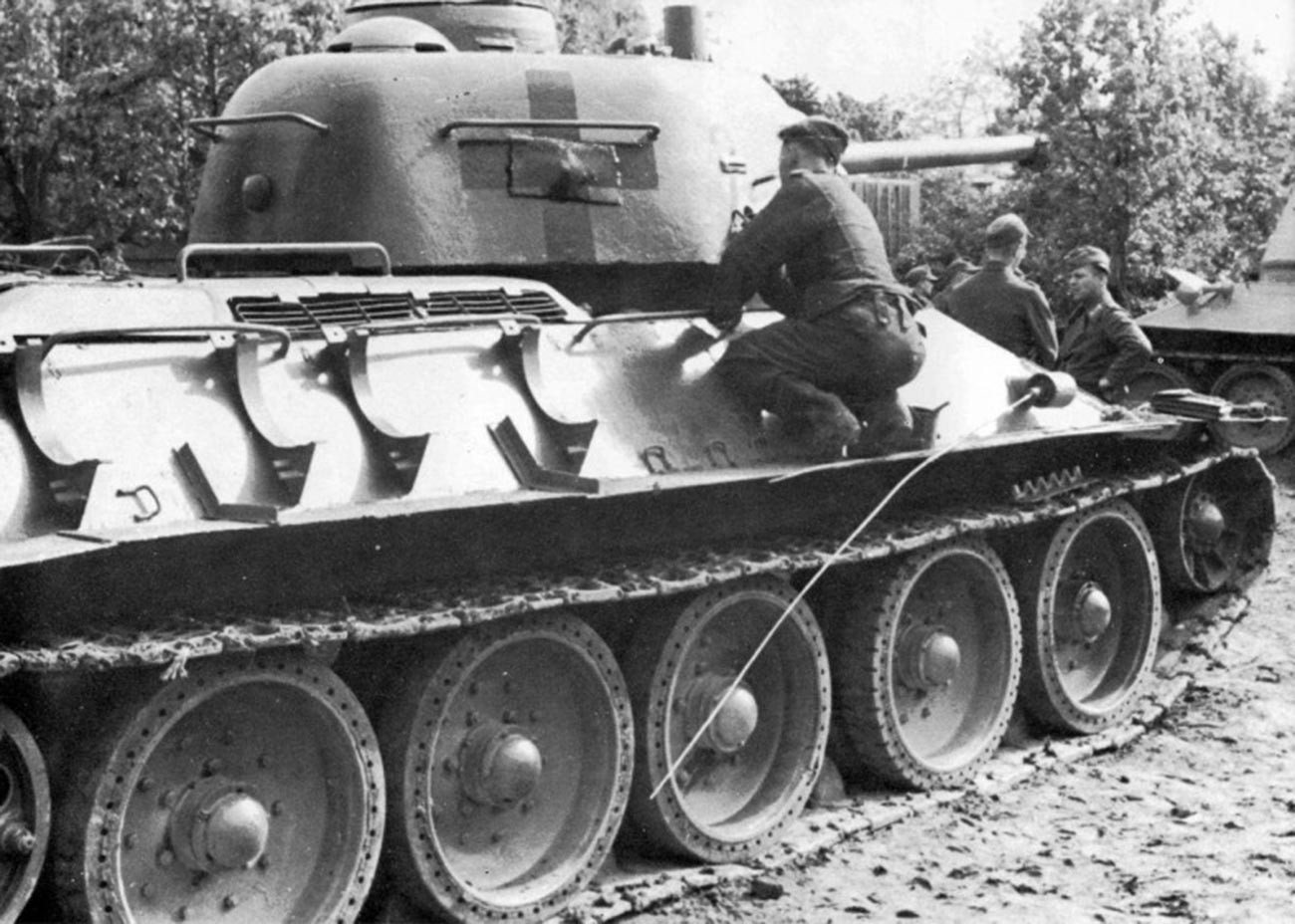 In the Waffen SS

It was the Waffen SS that made the most widespread use of the illustrious Soviet tank, above all the 2nd SS Panzer Division Das Reich. After the recapture of Kharkov on March 18, 1943, about 50 incapacitated T-34s awaiting repair fell into its hands.

Using the facilities of the Kharkov Tractor Plant, the SS restored several dozen tanks and formed a separate company from them within the Reich division — the largest unit of captured T-34s in the German armed forces. 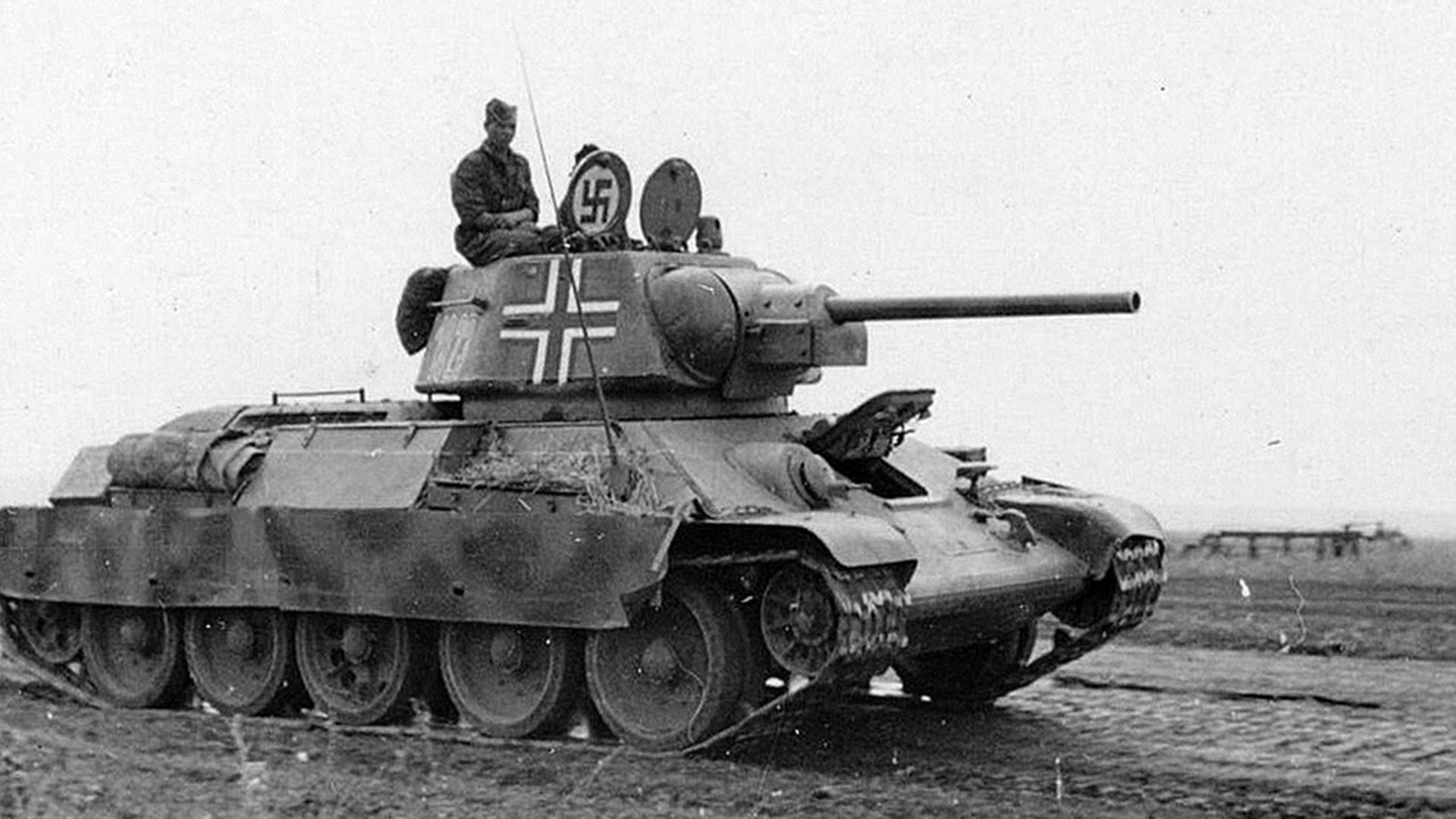 A total of 25 tanks were put into service, and a further 12 were sent to the Kinschlag SS Panzer-Grenadier School, where young cadets were trained in anti-tank combat.

Soviet tanks in the Reich division took part in the decisive Battle of Kursk in the summer of 1943. Since by this time the T-34-76 was technically obsolete, the Germans used it not forbreakthroughs, but as an anti-tank weapon, firing mostly from stationary and concealed positions to minimize the risk to themselves. 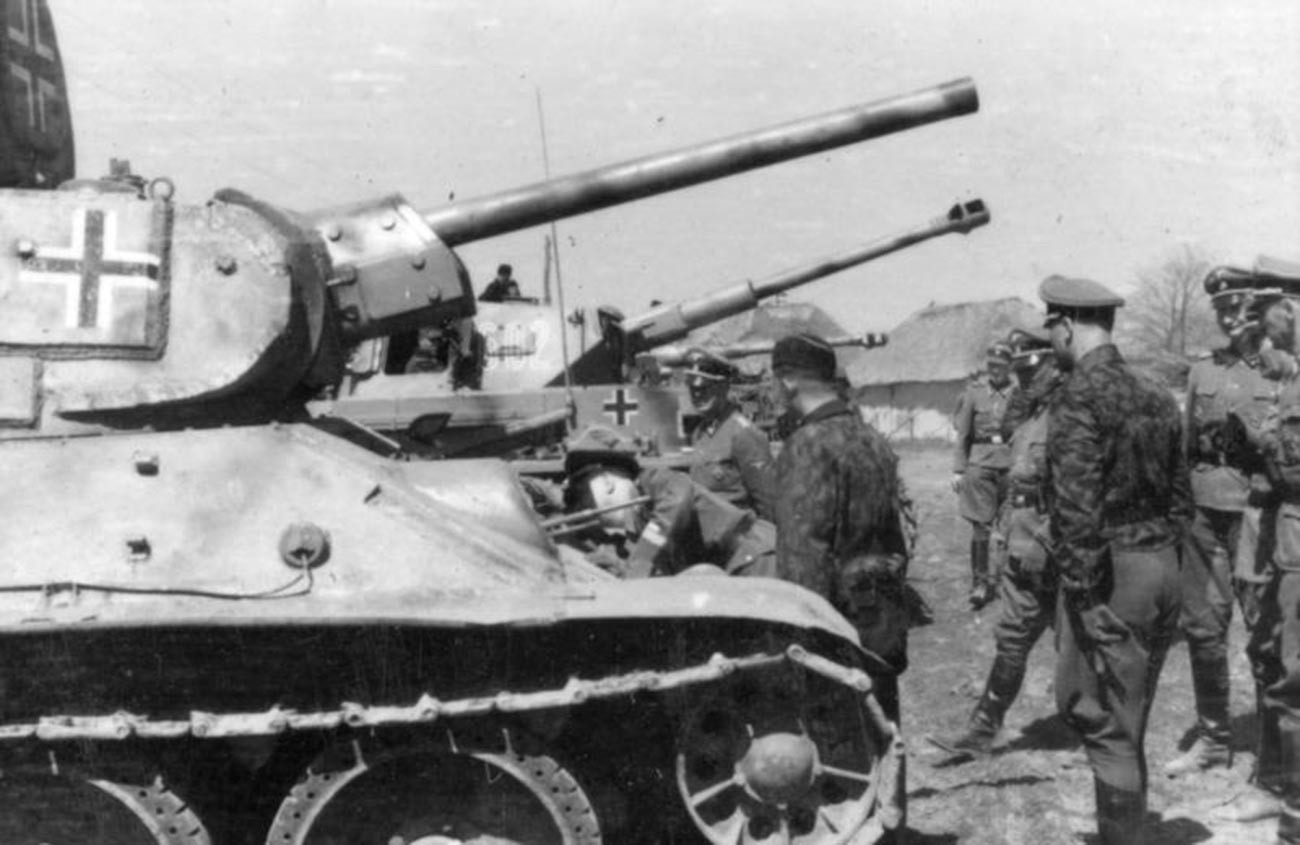 Of the German tankmen who used the T-34, the most outstanding were the platoon commander of the 9th Panzer Company of the Reich division, SS Oberscharführer Joseph Naber, and tank commander Emil Seibold, who served in the same division. The latter became one of the best tank aces of the war, scoring a total of 69 kills, several dozen of which in the Soviet T-34.

After the Battle of Kursk, the obsolete T-34/76 was gradually withdrawn from the German army. But some were still seen defending Berlin in May 1945. 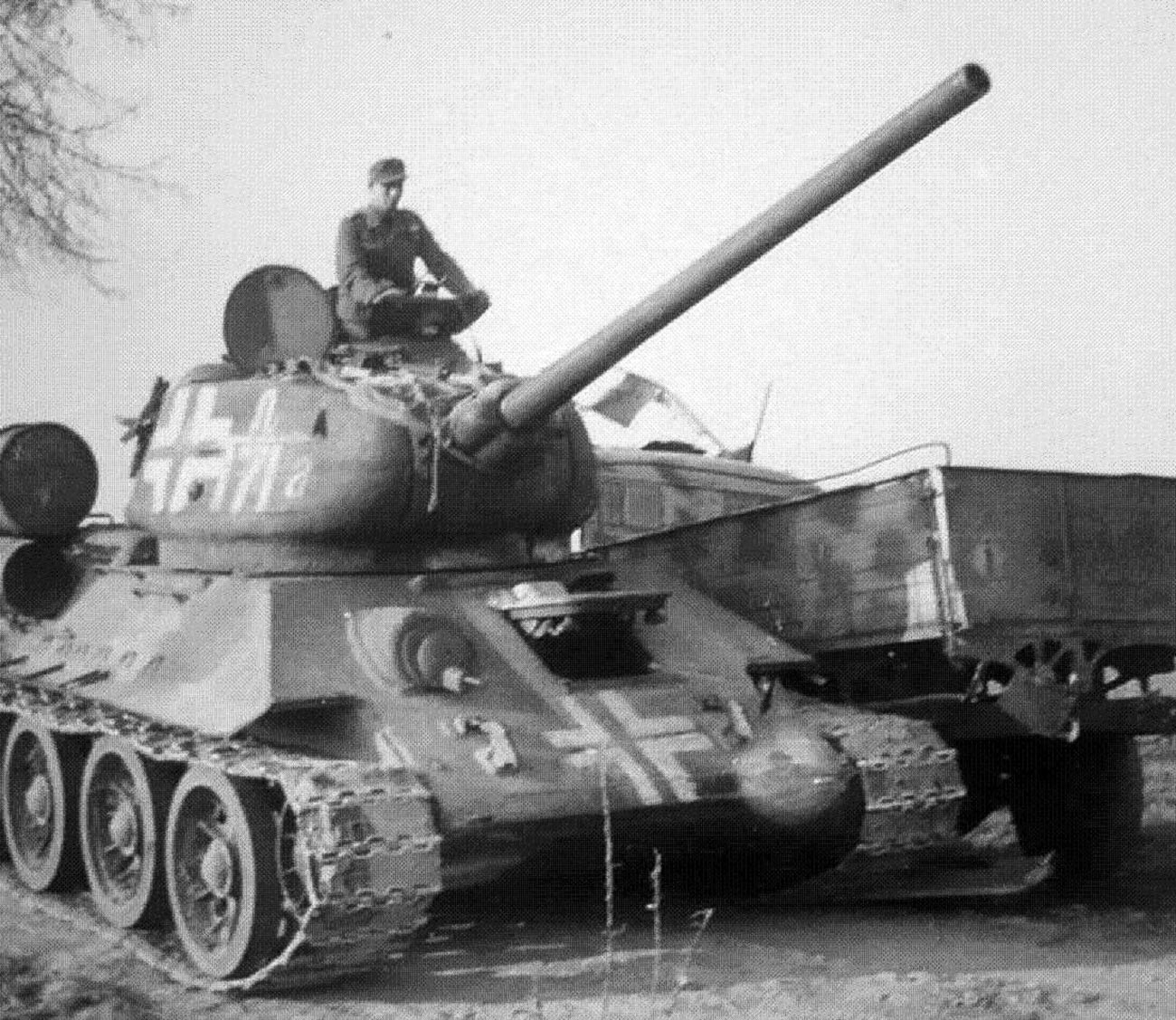 In 1944, the more advanced T-34/85 (with an 85-mm gun) entered service with the Red Army. However, the Germans captured no more than a few dozen of them, and only a handful ever opposed the now advancing Soviet forces.