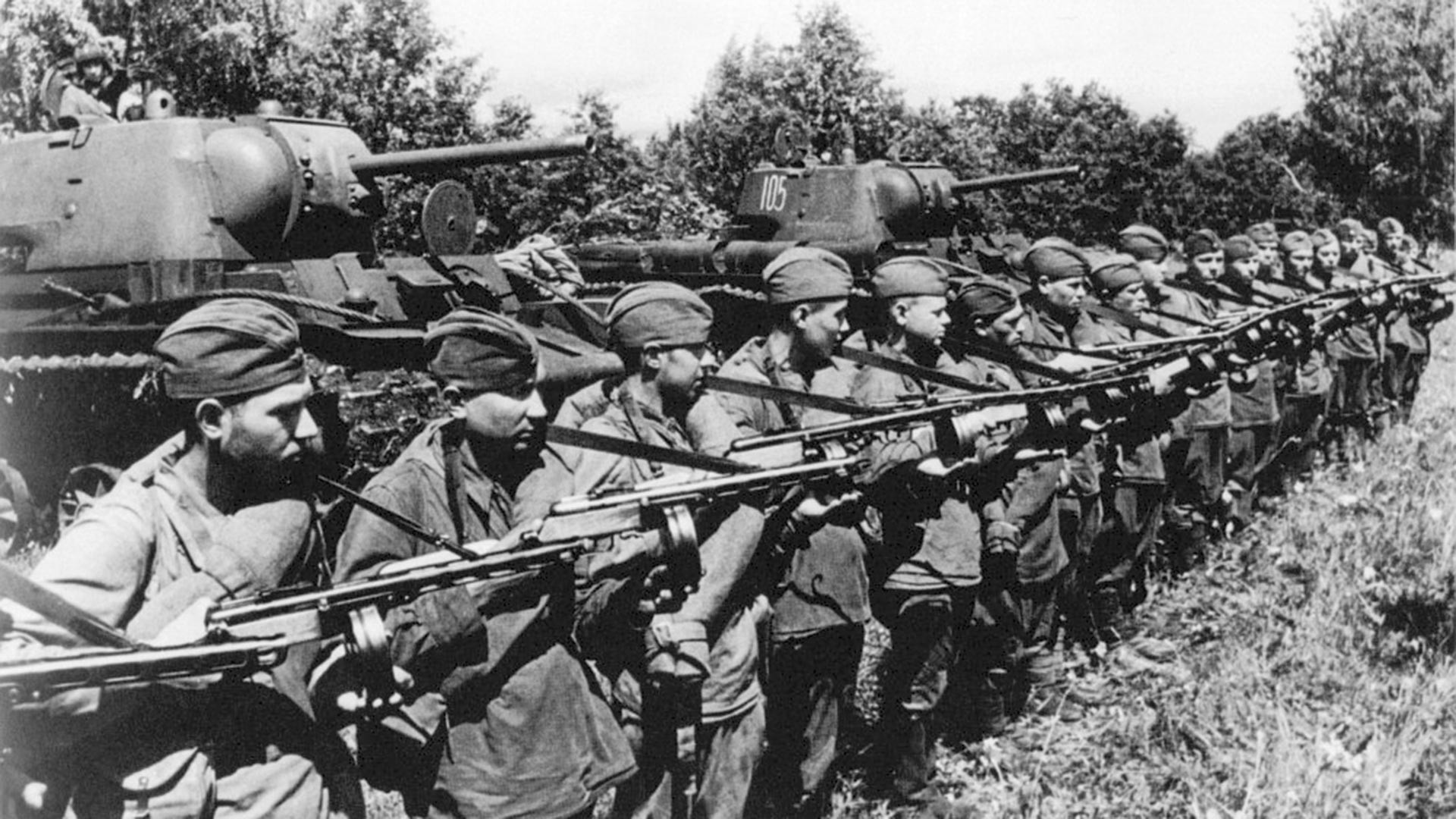 Dmitry Baltermanz
Far from being suicide squads, it was quite possible to return from Red Army penal units with hero status.

The story of the Red Army penal units for soldiers convicted of crimes is one of the most misunderstood and mythologized of WWII. It is widely believed that these soldiers were mere cannon fodder for the Soviet command. Poorly armed and driven forward by gun-toting NKVD barrier troops, they were supposedly thrown into the jaws of certain death to sacrifice themselves in the heat of battle or by clearing an enemy minefield for Soviet tanks to pass through.

In fact, penal companies and battalions were not suicide squads at all. Most of the time they fought side by side with regular forces. That said, the most dangerous missions were indeed often entrusted to them. 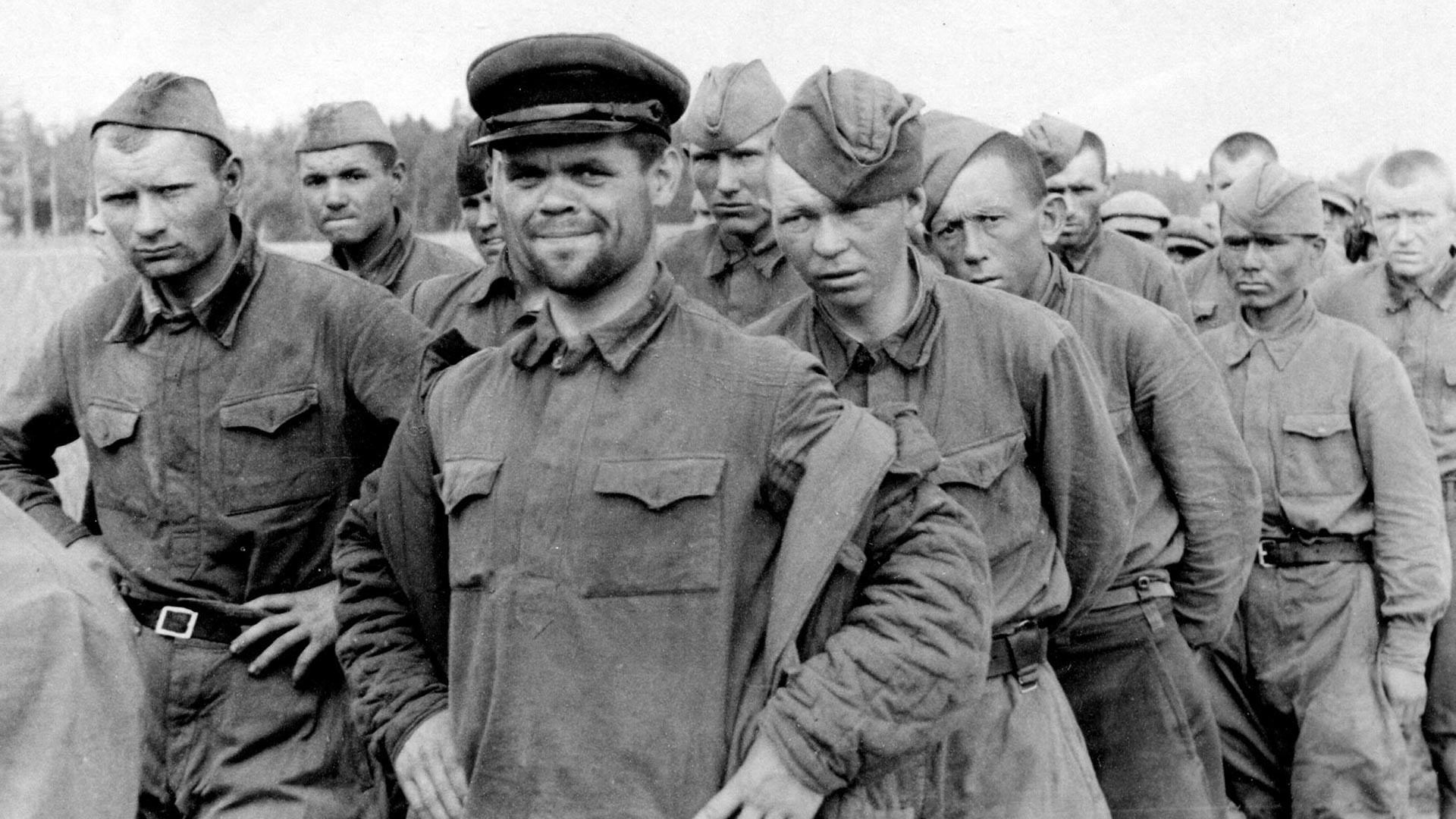 The creation of penal units in the summer of 1942 was intended to improve military discipline in the Red Army. During the first catastrophic year of the war, the Red Army was forced to retreat to Stalingrad and the Caucasus with tremendous loss of life.

During the whole period of the war (up to the disbandment of the last battalion in June 1945), around 428,000 people passed through the ranks of the penal units — less than 1.5 percent of the total number of personnel who served in the Red Army.

The list of offenses that could result in assignment to a penal unit was long: cowardice in combat, desertion, neglect of military equipment, sabotage, drunkenness, and many more. Shtrafniki, as the disgraced soldiers in the units were known, were stripped of their titles, medals and orders. Although able to serve as junior commanders in their new units, the senior commanders came from regular units, and often the best ones at that. 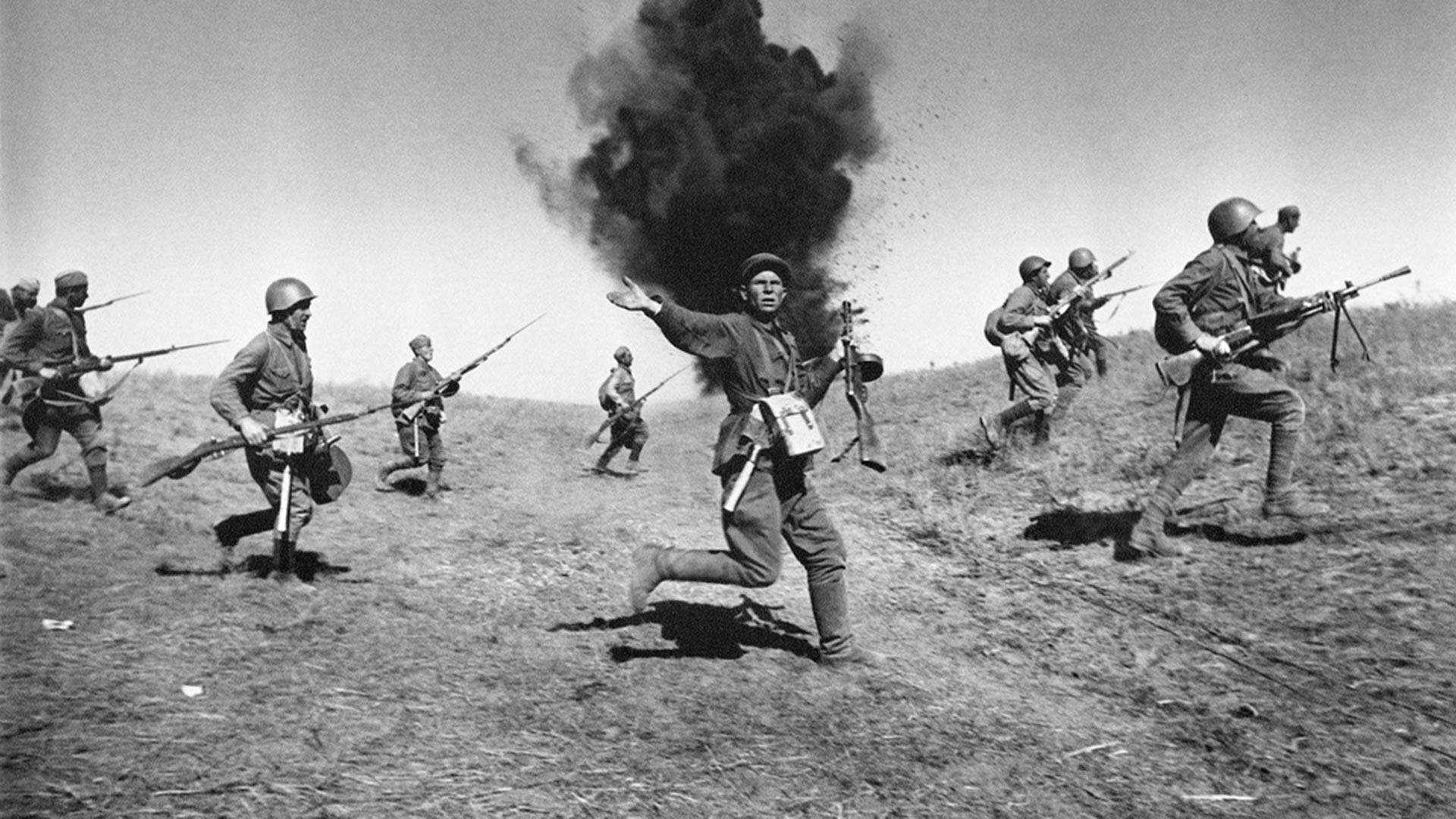 The maximum term of service in a penal unit for a convicted soldier was three months. After that, his rank and awards were reinstated, and he was returned to a regular unit.

It was possible to be discharged from a penal unit even earlier by getting wounded in battle as a result of great courage. Shtrafniki who distinguished themselves in this way often received awards, and it was not unknown for some to become Heroes of the Soviet Union.

The feat of Lieutenant Yermak

Lieutenant Vladimir Yermak ended up in a penal unit due to “criminal negligence” — he accidentally pulled the trigger whilst cleaning a loaded weapon, killing a passing soldier. 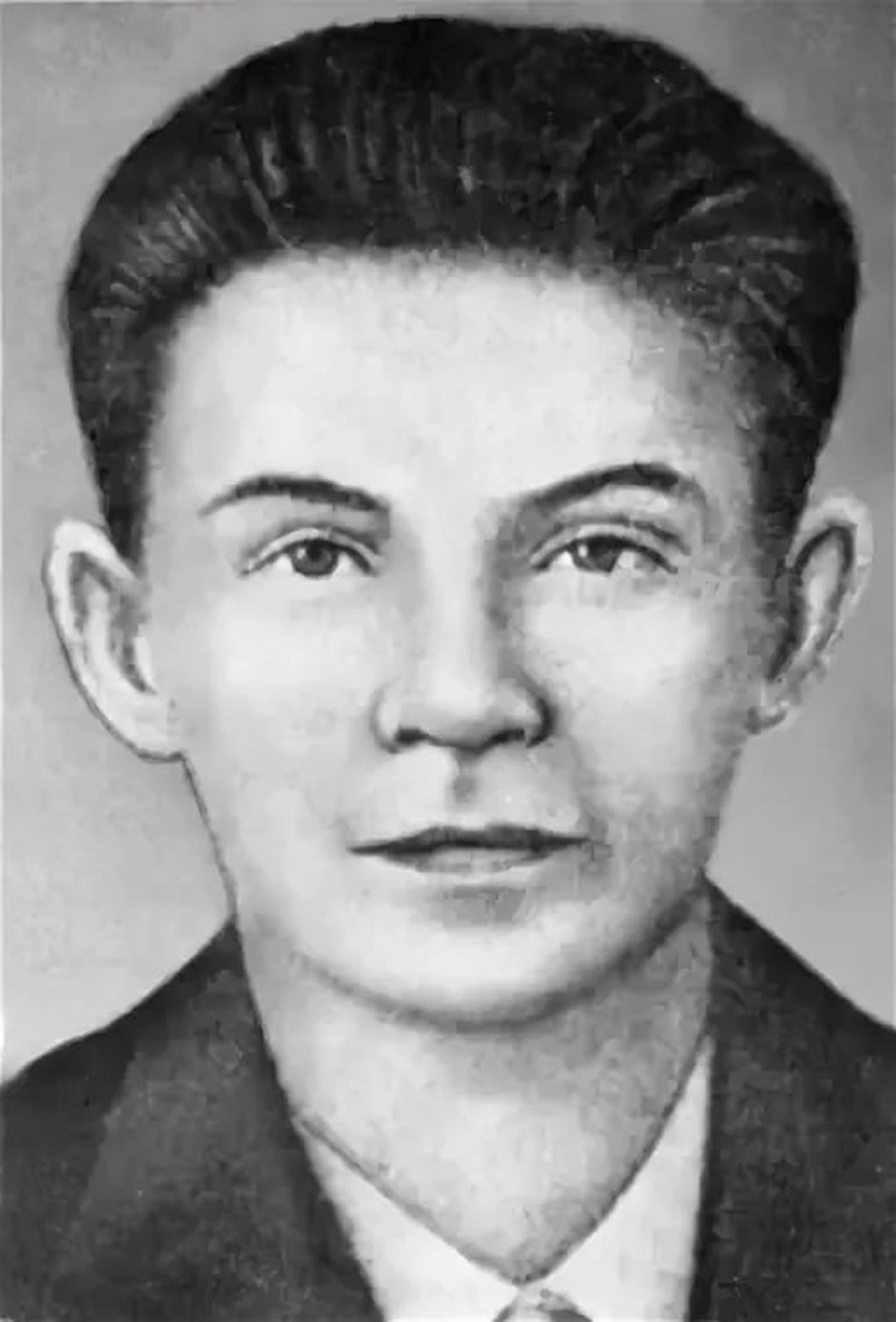 Ten days after being sent to the battalion, 19-year-old Vladimir performed his first and last heroic feat. On July 19, 1943, during a reconnaissance-in-force operation at Leningrad, he rushed to the German bunker and covered the machine-gun with his body.

The commander of the 14th Separate Assault Battalion, Major Lesik, awarded Yermak the Order of the Red Banner posthumously, and wasted not time in officially recommending him for the title of Hero of the Soviet Union, which was duly conferred on Feb. 21, 1944.

The heroic stand of the 65th Penal Company

On Dec. 14, 1943, the 65th Penal Company, together with the training battalion of the 72nd Guards Rifle Division, broke into the occupied village of Sotninsky Khutor in central Ukraine. Encountering fierce enemy fire, they had to retreat. But in the process a group of 15 Shtrafniki got separated from their own forces. 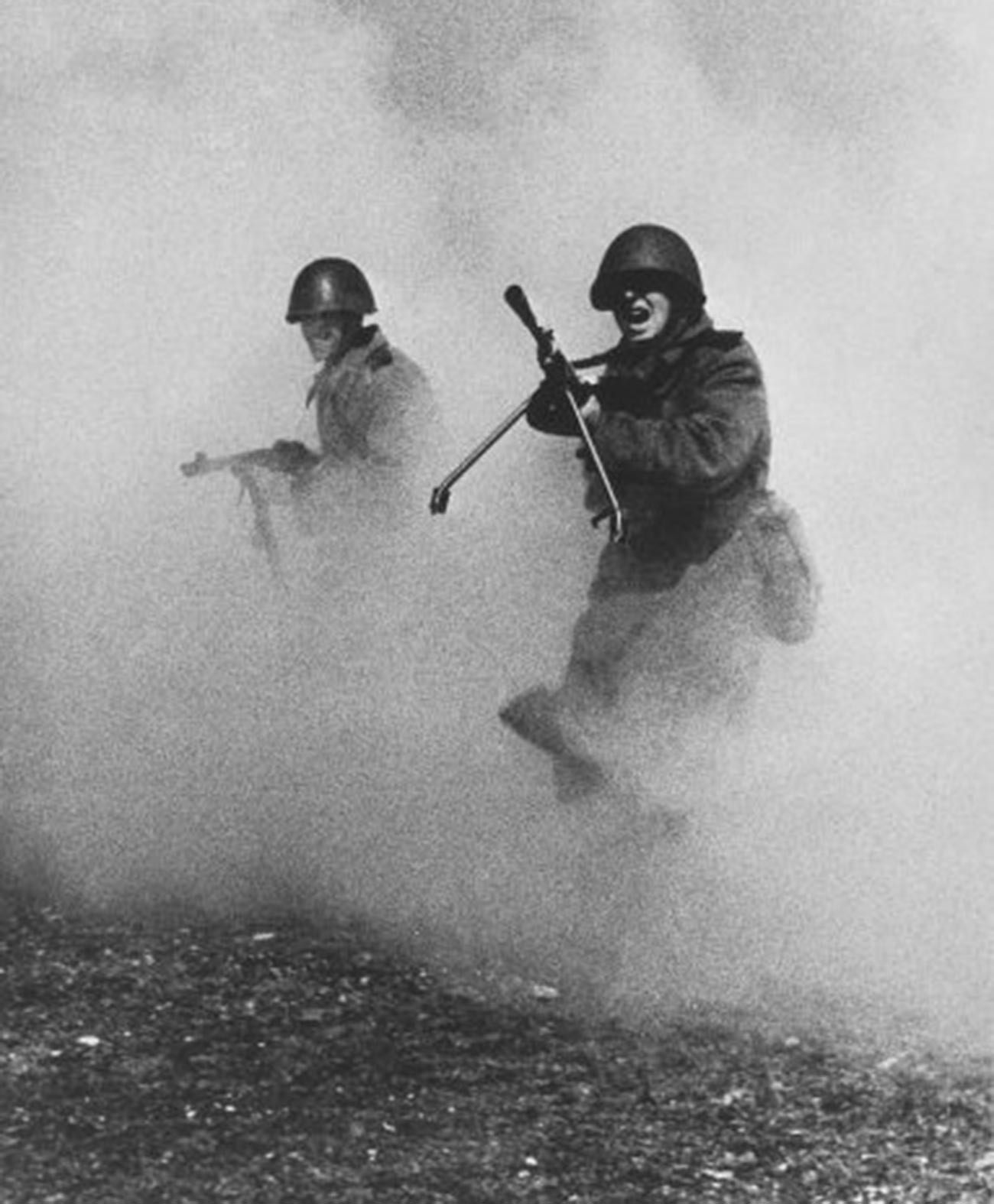 For three whole days, the encircled Red Army soldiers kept the German troops at bay. Finally, on Dec. 18, the Soviets launched another offensive on the village. Despite the overall failure of the mission, they managed to free the Shtrafniki.

As a result of the battle, around 30 members of the 65th Penal Company were transferred to regular units. Five of those killed were posthumously awarded the Order of the Patriotic War (first and second class).

The annihilation of Bunyadov’s Company

On Jan. 14, 1945, during heavy fighting in Poland, the 123rd Penal Company under the command of Captain Ziya Bunyadov was ordered to seize a bridge over the Pilica River in the German rear and prevent the enemy from blowing it up. 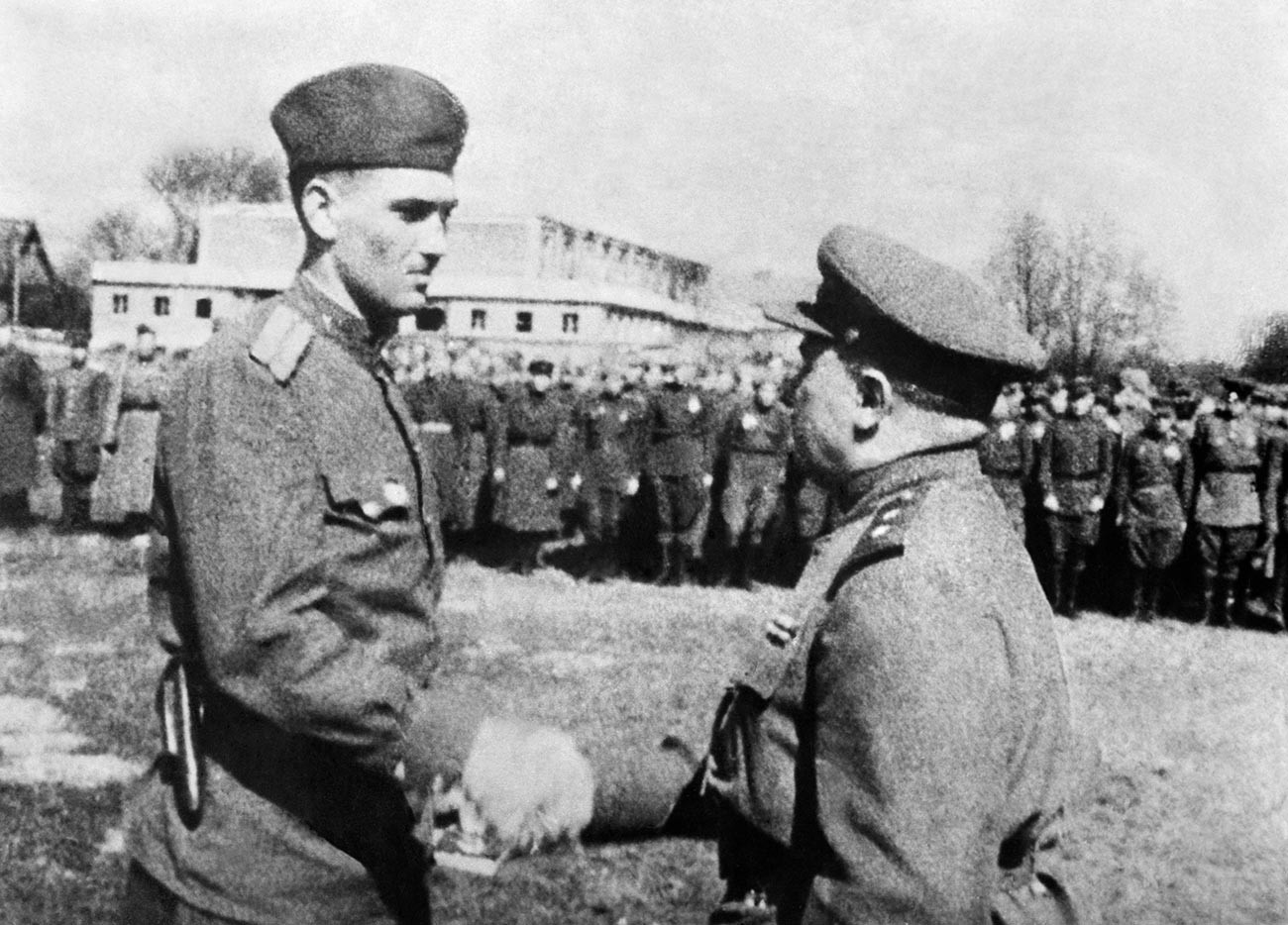 Having forced its way through several lines of defense, the penal unit captured the bridge and held it for several days until reinforcements arrived. At the cost of up to 90 percent of the unit’s manpower, regular Soviet forces were able to enter the the strategically important area between the Vistula and Oder rivers.

“Just 47 out of 670 fighters survived the battle. To think how many I buried, how many letters I wrote to their families! All the survivors were awarded military decorations. And on Feb. 27, 1945, I was awarded the title of Hero of the Soviet Union,” Bunyadov recalled.

Located in the extreme north of the USSR, the Musta-Tunturi ridge was the only section of the Soviet-Nazi front where the enemy was stopped on the very first day of the war. For over three years, the frontline here remained static. 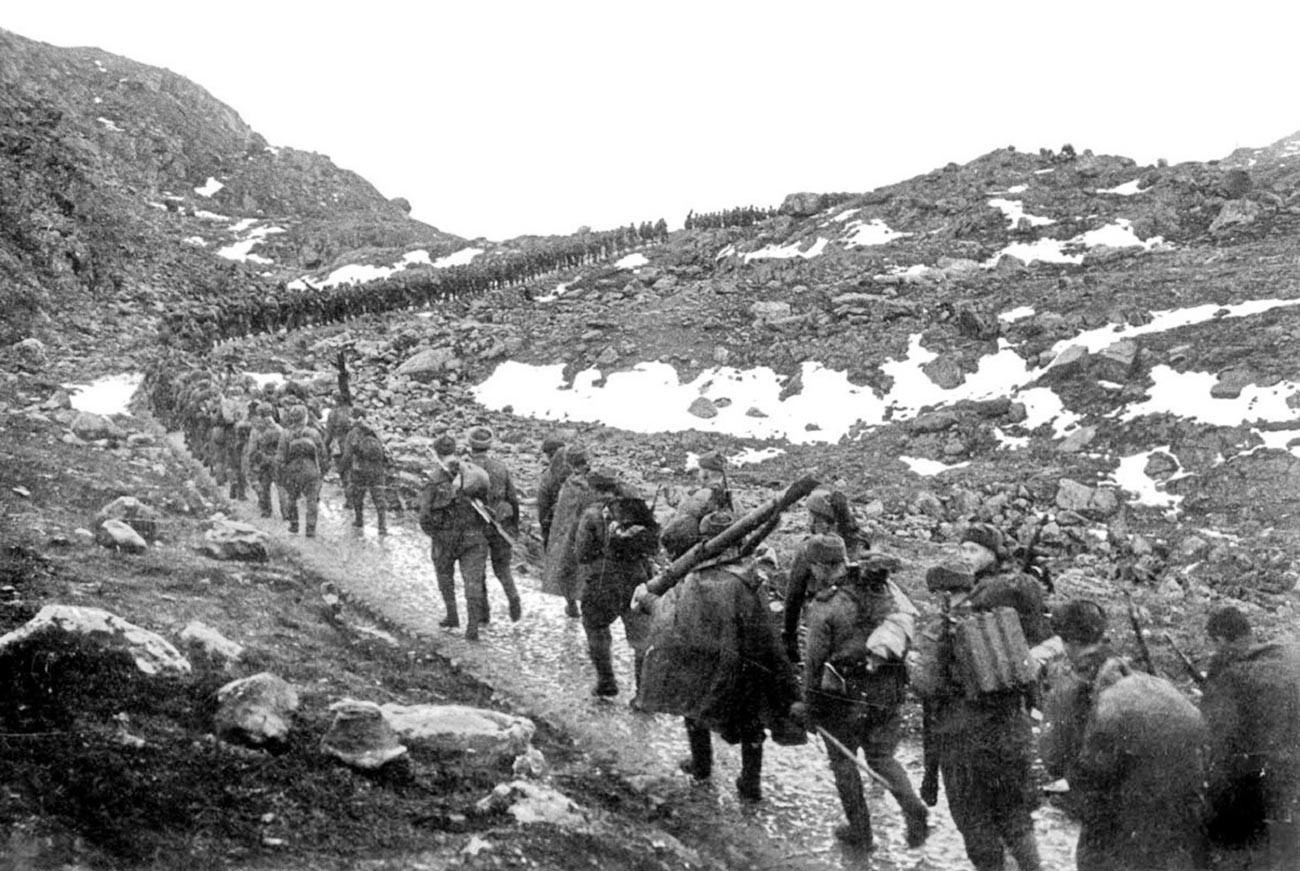 Then, on Oct. 10, 1944, Soviet troops launched a large-scale offensive against the German defensive fortifications on the ridge. The 750-strong 614th Penal Company (comparable in size to a battalion) of the Northern Fleet attacked the enemy positions from the Barents Sea, diverting them from the main Soviet attack.

Under heavy machine-gun fire, the infantrymen clambered up the sheer wall and through the barbed wire. Approximately 70 percent of the company’s personnel perished as a result.

During the battle for Musta-Tunturi, like Lieutenant Yermak before them, three soldiers sacrificed their lives by covering enemy machine-guns with their bodies. One of them was Sergeant Alexander Danilchenko, commander of the machine-gun platoon of the 614th Penal Company.