How a football player from Tsarist Russia became a spy 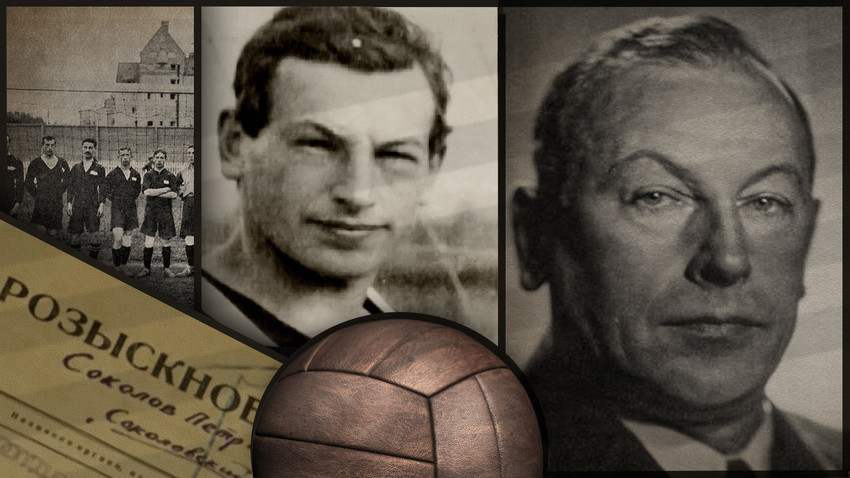 Russia Beyond (Photo: rawpixel.com, public domain)
Pyotr Sokolov played for the Russian Empire national football team at the 1912 Olympic Games and planned to pursue a career in sport. But the Bolsheviks’ seizure of power forced the footballer to reconsider his views. As a result, he devoted his life entirely to fighting the hated regime.

At the end of the 19th century, a new sport arrived in the Russian Empire - football. In a short period of time, the game became very popular and one of the best players at the time was Pyotr Petrovich Sokolov.

Born in St. Petersburg in 1891, Pyotr became passionate about football early on, making the first steps in his career wearing the colors of the Udelnaya football team. In 1911, Sokolov moved to Unitas. There, he won the St. Petersburg and Russian championships. In the team, Sokolov regularly performed free kicks and penalties. And before he kicked the ball, he would always spit, so his fans nicknamed him ‘Pete the Spit’. 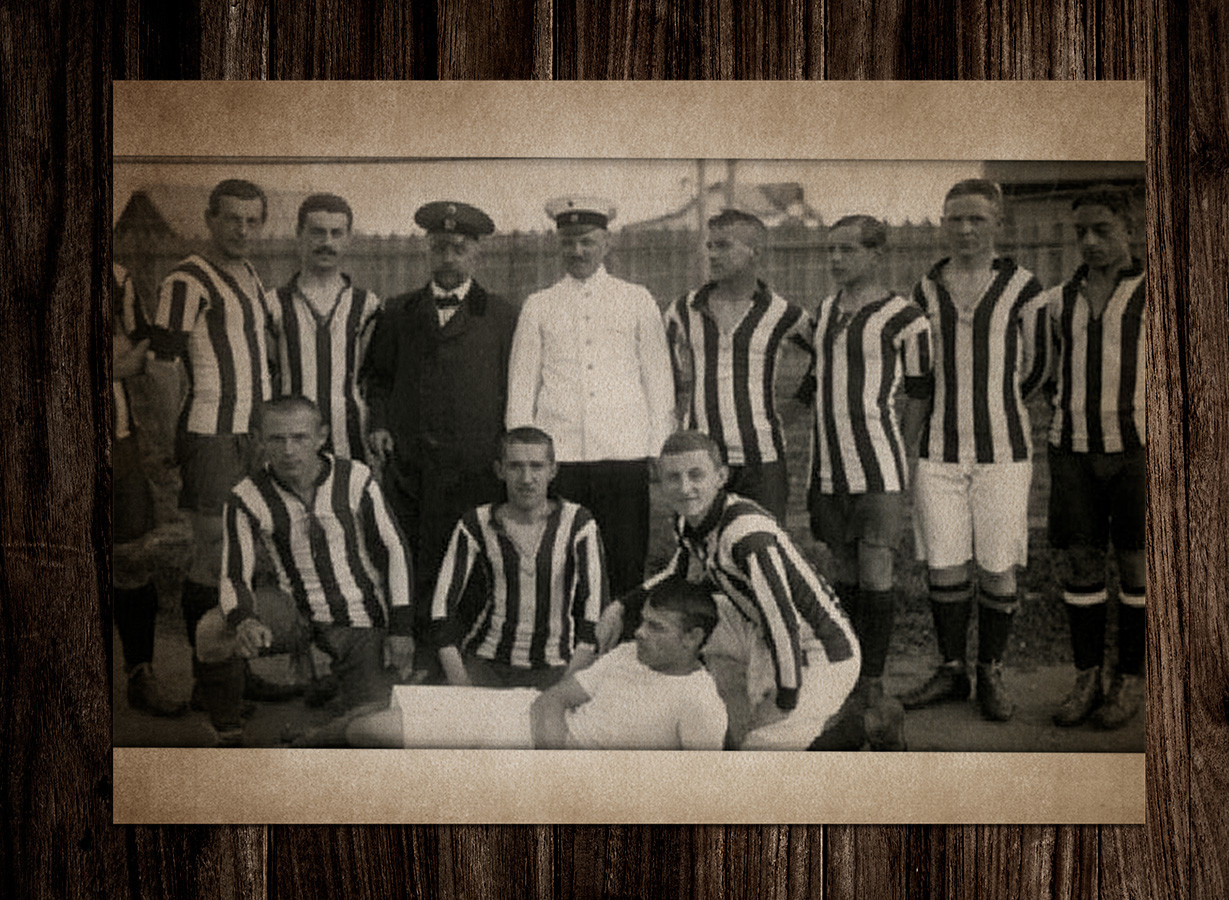 Sokolov’s position was as a wing back. He was described as a steadfast and tenacious player, capable of inspiring the team with his enthusiasm. Pyotr’s career progressed successfully in domestic tournaments, but, like the entire national squad of the Russian Empire, he couldn’t boast of success in international matches.

At the end of November 1911, the team played its debut friendly match, in which it was pitted against England. The Russians stood no chance against the pioneers of football: the match ended 11:0 in England’s favor.

In the following year, the Russian Empire took part in the Olympic Games in Stockholm. Both of the matches held as part of the Games ended in defeat. But no-one had had any expectations of the team - after all, football was only just getting started in Russia. World War I broke out soon after, and the VI Summer Olympics were cancelled altogether.

Although he had graduated from the Alexander I Gymnasium, Peter wanted to devote his life to football. But the events of 1917 forced him to revise his plans. He was getting ready to go to the front after a period of training at the Peterhof Warrant Officer School. But Russia withdrew from the war. 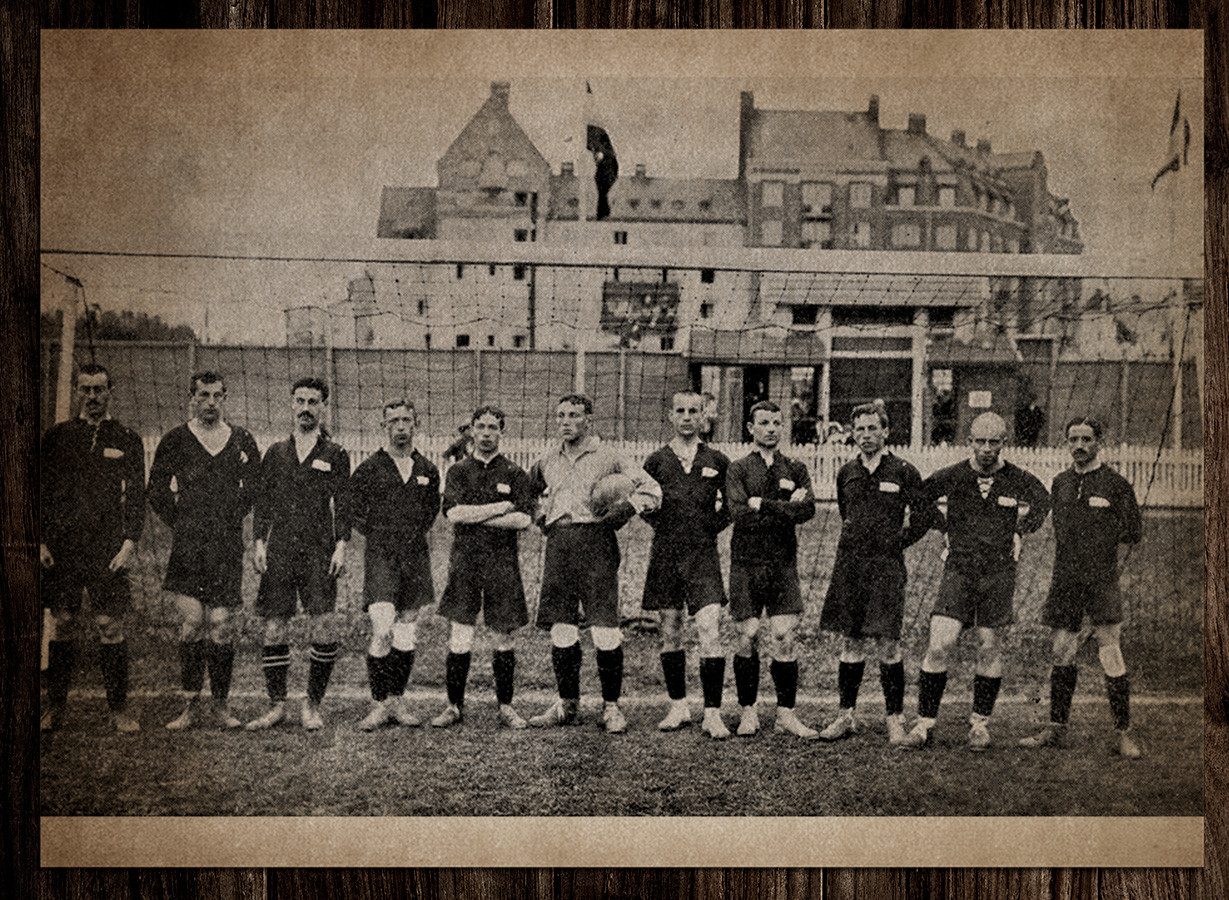 Then, the Empire suddenly ceased to exist and the Bolsheviks came to power. As a dedicated monarchist, Sokolov took it very badly. He did not stay on the sidelines and joined the White movement. But, Pyotr did not intend to fight “head-on”, but channeled his intellectual abilities in another direction - into espionage.

Pyotr managed to make contact with representatives of British intelligence. Having made a good impression, Sokolov was issued with his first assignment - studying the situation in Petrograd, which was in the grip of revolution, and passing information to the British command in Arkhangelsk. Sokolov acquitted himself of his mission.

Then the British sent Sokolov to Helsinki. There, he met Ernest Boyce of the British secret service. After an interview, Pyotr was given another assignment. He was now to be a courier between the British espionage HQ in Terijoki (now Zelenogorsk, a suburb of St. Petersburg) and secret agent Paul Dukes, who was in Petrograd. 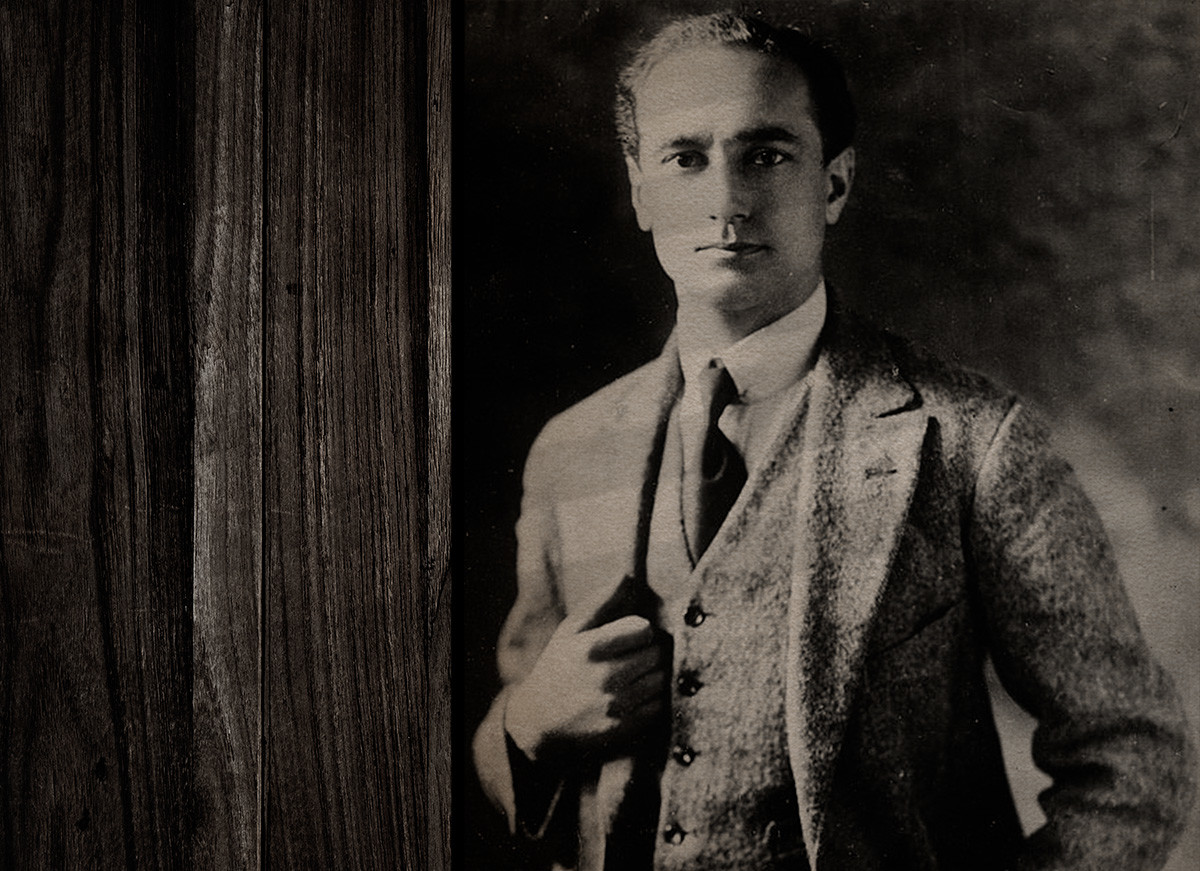 Meanwhile, the flames of Civil War had died down with the defeat of the Whites. But Sokolov had no intention of giving up, or returning to Red Russia. So he stayed in Terijoki, where he bought a house and settled down to family life. British intelligence had officially wound up its operations on Soviet territory, but Pyotr did not call it a day. He made a living out of the illegal trafficking of various goods, as well as the recruitment of individuals. Usually, it was athletes whom he knew from Imperial times that fell under his sway. Sokolov also recruited Russian émigrés who had crossed into Finland. To this end, the spy set up the Terijoki football club, where more than sport was on offer - it was where he manipulated young minds.

The Soviet Union knew of Sokolov’s subversive activities. They tried to get their hands on him, but the OGPU secret police had no success in catching him. Pyotr seemed to have a sixth sense when it came to detecting Chekists and proved himself adept at eluding them. According to one account, attempts were made to lure Sokolov back home by playing on his emotional attachment towards the relatives he had left behind, but the ploy proved unsuccessful. Then the USSR resorted to extreme measures. The Kremlin officially demanded from Finland that Sokolov be expelled from the Karelian Isthmus and the Finns agreed. Sokolov subsequently settled in Helsinki. He was forced to make a living as a manual worker and got a job at the Fennia tobacco factory.

But he was obviously not cut out for a quiet life. Sokolov began editing the émigré newspaper Russkoye Slovo [Russian Word] and then joined the ranks of several anti-Soviet movements. But, for several years, Pyotr did not engage in any specific subversive activities, because Britain had, at that point, given up on its espionage games with the USSR.

The situation changed fundamentally in 1939 with the outbreak of the Soviet-Finnish War. Sokolov was invited, as the experienced spy that he was, to join the propaganda service. His duties entailed visits to camps housing Soviet prisoners-of-war. He sought to persuade people to join the struggle against the Bolsheviks and recruited personnel for espionage activity on Soviet territory.

But just when that particular confrontation had finally come to an end, a new one was set in motion - the Great Patriotic War. And Pyotr, once again, joined forces with the Soviet Union’s enemies. He headed the Severnoye Slovo [Northern Word] propaganda newspaper and got involved in radio propaganda broadcasts. At the same time, he recruited Soviet prisoners. Soon, Pete the Spit also joined the Sonderkommando Leningrad (a Nazi special command unit).

Despite the efforts of the Nazis, the city on the Neva did not surrender. Moreover, the course of the war changed and the Soviet Union seized the initiative. Finland started preparing to abandon its confrontation with the Soviet Union. And Sokolov found himself no longer needed by anyone. Ending up without backers, Pyotr realized that the Chekists would attempt to exact their revenge. It was too dangerous to remain in Finland and, abandoning his wife and three daughters, he clandestinely fled to Sweden. 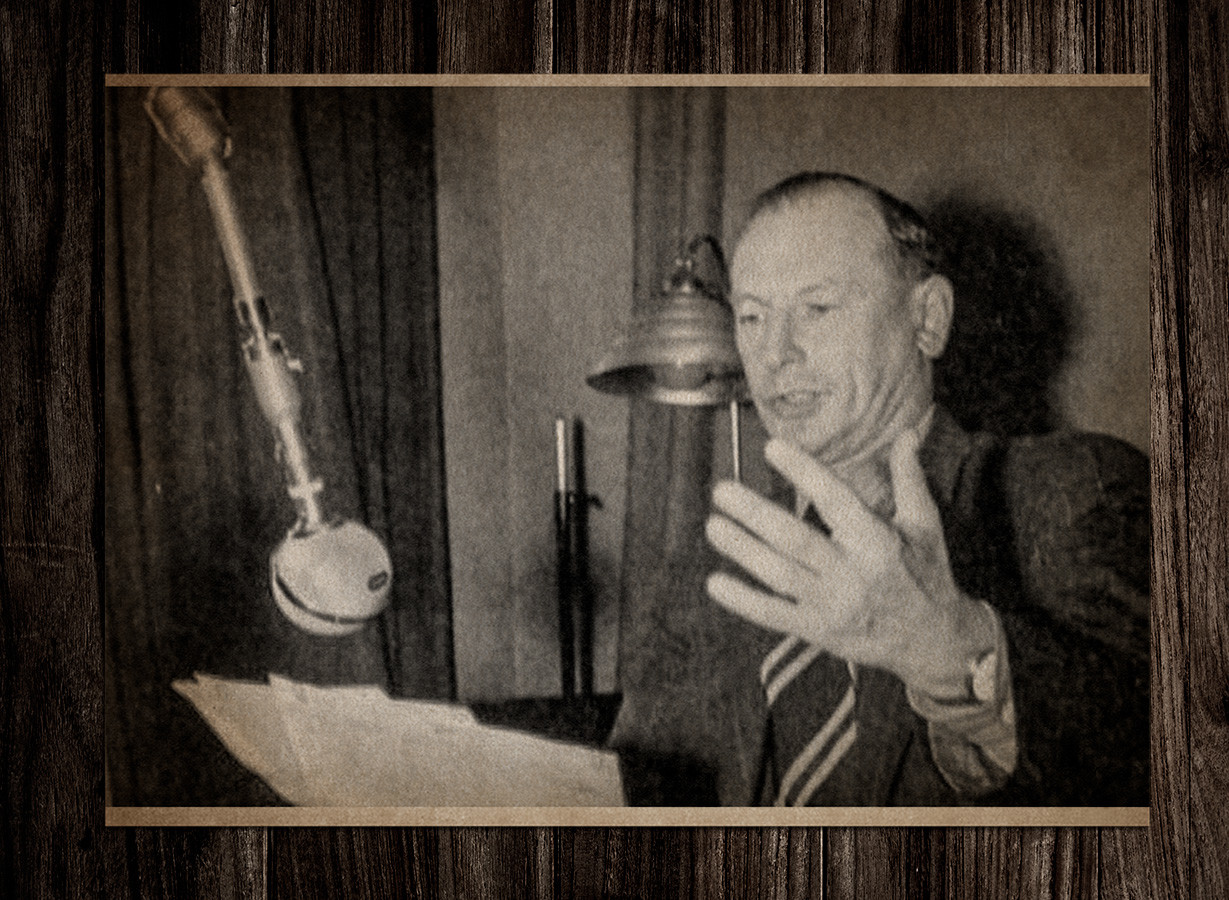 Pete the Spit settled in the town of Enköping, changed his first name, married a local woman and adopted her surname. And so it was that a short while later, a masseur by the name of Paul Sahlin began working in a sports club in the town. But the Chekists managed to identify him. The Soviet Union demanded that Sweden repatriate the traitor, but its request was turned down. Aware that he was a hunted man, Sokolov resigned himself to his plight. He remained in Sweden for the rest of his life. Pete the Spit died in Stockholm in 1971. Many years earlier, he had played in the Russian Imperial colors at the Olympic Games held in that very city.