The most infamous FAKE tsars in Russian history 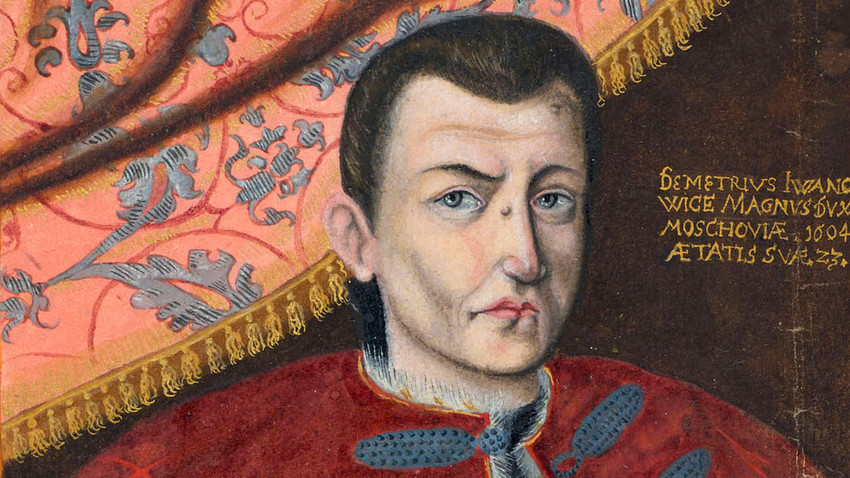 False Dmitry I. From Thesaurus Picturarum, 1564-1606. Found in the Collection of Universitaets und Landesbibliothek Darmstadt.

Heritage Images/Getty Images
These people tried to reach the Russian throne by posing as Tsar’s murdered sons who were miraculously saved. One of them even managed to become Tsar – but only for a short time. 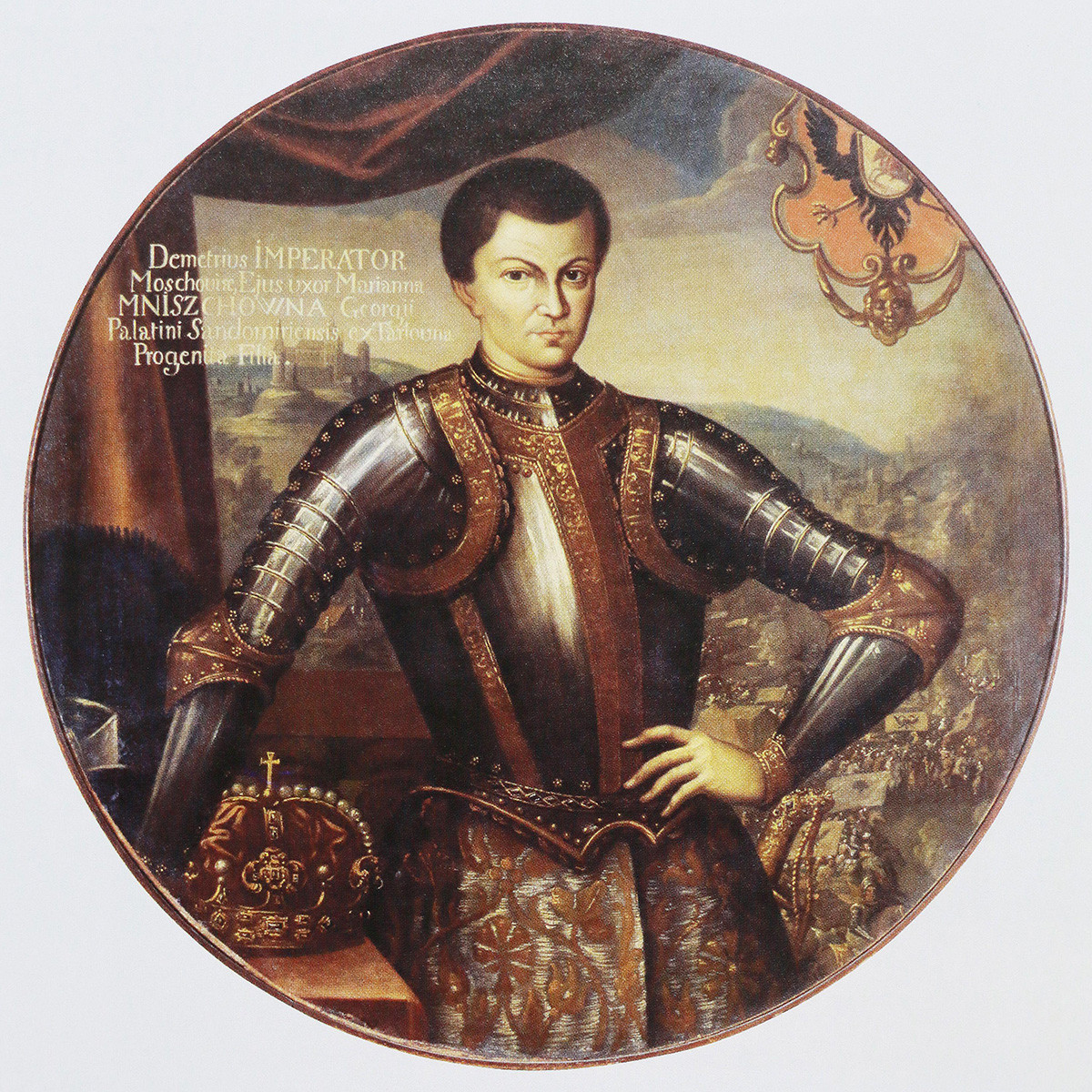 False Dmitry I as the Russian tsar, 1606

This man was the first person in Russian history to ascend the throne with the help of a popular uprising – and under a false identity! This person, whose real identity is still heavily debated, claimed during the Time of Troubles to be Tsarevich Dmitry Ivanovich (1582-1591), the youngest son of Ivan the Terrible and Maria Nagaya, his last wife. He supposedly escaped an assassination attempt in 1591, when he was just nine years old.

‘Dmitry’ revealed his identity while in Poland and was acknowledged by King Sigismund III Vasa as Ivan the Terrible’s son. Maybe the Polish king didn’t believe him, but he wanted to use the impostor to attack Russian lands. Gathering several thousand troops, Dmitry invaded riot-stricken Russia, where he suddenly found a lot of supporters who believed in him as the tsar’s son.

Quite fittingly, Tsar Boris Godunov suddenly died in Moscow. Promising both the noblemen and the peasants great changes, Dmitry entered the Moscow Kremlin in June 1605, and was anointed as the Russian Tsar in July 1605. He brought back many boyars from exile, canceled taxes for some Russian lands (but increased them in others) and confiscated lands from the Russian Church. 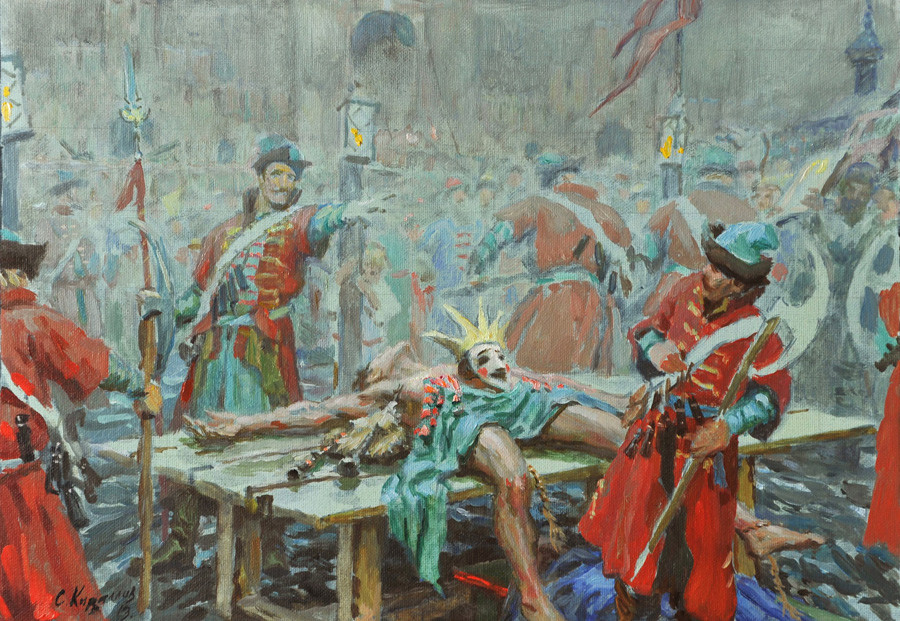 "Time of Troubles. False Dmitry I" by Sergey Kirillov, 2013

Soon enough, Russians began suspecting Dmitry of being an impostor - because of the tsar's non-observance of church fasts and violation of Russian customs in clothing and everyday life. One of his outrageous behaviors that stood out is that he consumed ham, which was strictly forbidden according to Russian customs. He dressed in European clothes, spent time with foreigners and married Marina Mniszech, a Polish Catholic noblewoman. Dmitry broke nearly every Russian Orthodox custom that a tsar should have observed.

In the end, False Dmitry was violently killed by a mob of angered noblemen barely a week after his wedding, on May 17, 1606. The mob was led by Vasiliy Shuisky (1552-1612), who would become the next Tsar. Dmitry’s body was thrown into the dirt in one of Moscow’s squares to be fouled and desecrated by the crowd, a jester’s mask placed on its mangled belly. 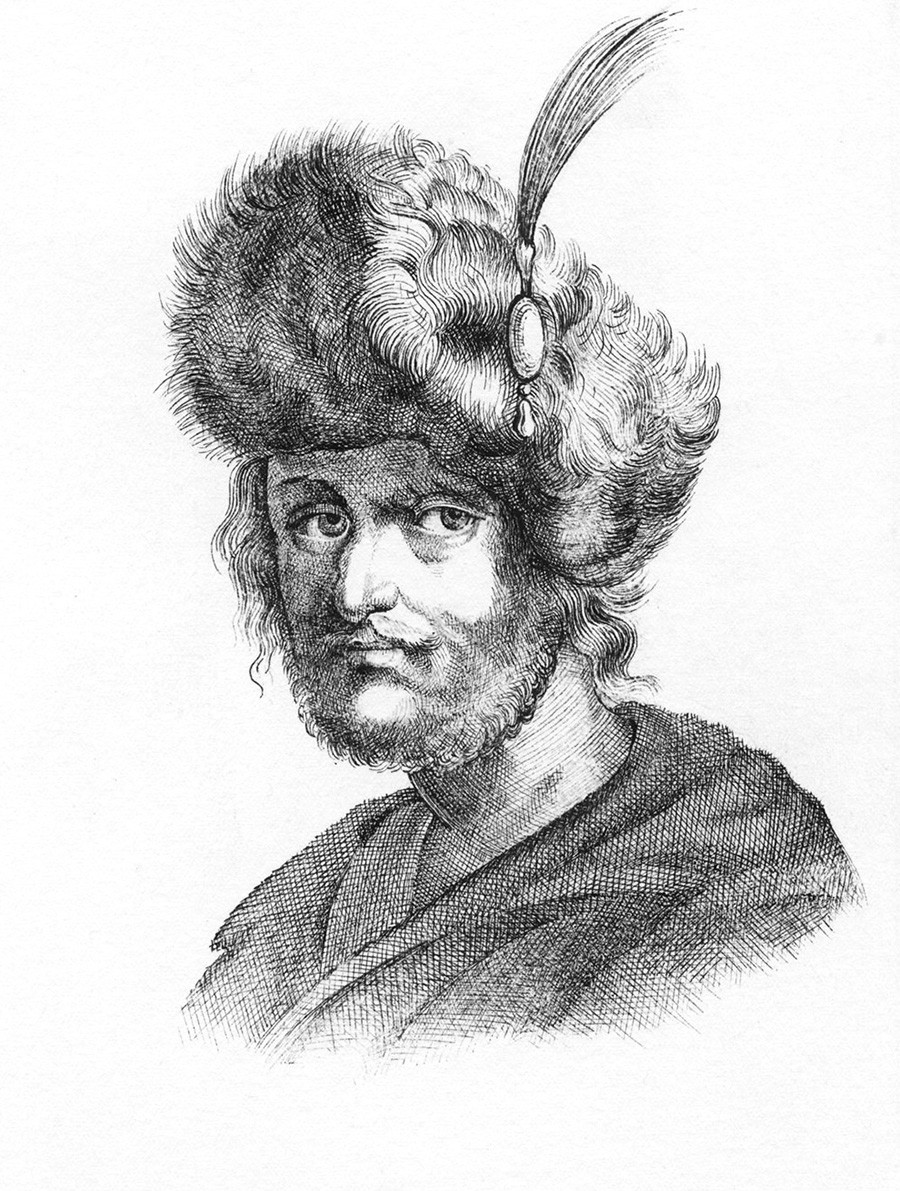 Amazingly, there were more False Dmitrys in Russian history – four of them in total! But only the first two of them were referred to as Tsars – if the False Dmitry I was actually anointed to Tsardom, the False Dmitry II was just treated as the tsar in his own kind of Tsardom that existed for a short while in the Russian territory.

The identity of False Dmitry II is unknown to the present day. Because the body of False Dmitry I was heavily mangled during his murder, people ended up claiming that he survived – and that he still was Ivan IV’s last son. In 1607, Mikhail Molchanov (d. 1611), a Russian nobleman and fraudster, who took part in the murder of Boris Godunov’s son and wife, found a Belorussian person who resembled False Dmitry I and, employing a mixture of threats and promises, made him ‘declare’ himself the miraculously survived Tsar.

Nothing is really known about this person except that he knew Russian Orthodox customs and was fluent in Polish. Very soon, the garrison of the town of Starodub (now, in the Bryansk Region of Russia), where False Dmitry II appeared, took an oath to him as the Tsar, and his army began to grow. By the winter of 1608, he took the town of Oryol.

In 1608, Dmitry’s army of about 30,000 strong crushed the army of Tsar Vasiliy Shuysky, but failed to take Moscow, and established a military camp in Tushino, north-west of the capital (now a district of Moscow) – something that also earned Dmitry II the nickname “The Tushino Thief”. There, Dmitry acted as the Tsar, accepting the oaths of different Russian cities. At some point, most of the Russian Tsardom was under his control, with the exception of only the biggest cities of Novgorod, Kazan, Smolensk, Nizhny Novgorod, which stayed true to Vasiliy. There were two tsars, two Boyar Dumas, as well as two patriarchs and two administrations. In addition to that, the government of False Dmitry II also minted its own coins.

At the same time, Russia was invaded by the Polish army, led by Sigismund III. Dmitry and his army moved to Kaluga, then tried to attack Moscow again, but in 1610, Vasiliy Shuisky was deposed, and the interim government, called ‘The Seven Boyars’ surrendered control of Moscow to the Polish garrison.

However, it was not the Polish agents who murdered False Dmitry II in December, 1610, but Tatar Prince Pyotr Urusov, his own head of security. This happened in the Kaluga Region, where Dmitry was buried – as a simple man, not as the Tsar. The location of his gravesite is unknown. 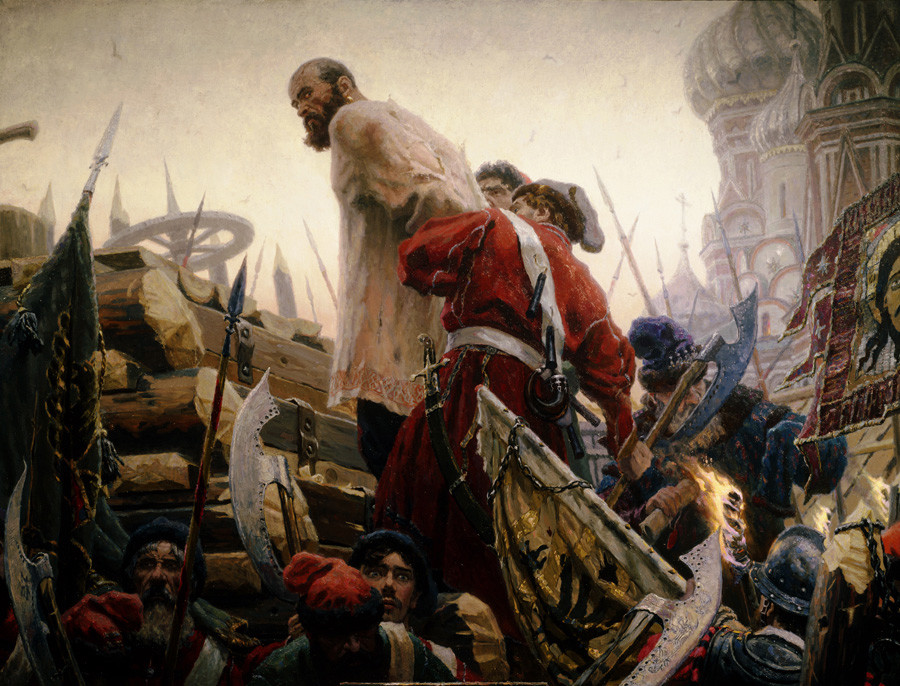 "The execution of Stepan Razin" by Sergey Kirillov

Although there were also the Third and the Fourth False Dmitrys (that’s right!), they weren’t nearly as successful as the first two. Russians simply stopped believing in the possibility of Ivan’s son surviving. For a long time, there were no possible members of the Tsar’s family that could be ‘impersonated’ – until Simeon Alexeevich (1665-1669) and Alexey Alexeevich (1654-1670), sons of Tsar Alexey Mikhailovich (1629-1676), both died. Rumor had it that both of the Tsar’s sons were poisoned by boyars attempting to seize power in Russia. Moreover, people believed that 15-year-old Alexey, the heir to the throne, miraculously escaped and fled to the Volga Region.

These rumors were used by Cossack commander Stepan Razin (1630-1671), the leader of the ongoing peasant uprising that was raging in the Volga region. False Alexis I, who was probably some unknown peasant, appeared in Razin’s camp in August 1670, when Razin’s peasant army was stationed in the Samara Region. At first, Razin was hostile and even abusive towards the impostor - among other things, he reportedly even “beat and dragged him by his hair,” but later changed his mind and presented him to the public as the miraculously surviving heir. Razin was telling his people that he was on a mission to return the true heir to his father, Tsar Alexey Mikhailovich, in Moscow. False Alexis was transported in a boat, appropriately decorated using ‘Royal’ red velvet, and was given oaths of allegiance by the Russian people.

However, not much more is known about False Alexis I, except that he was probably captured soon in October, 1670, after Razin’s army was crushed near Simbirsk (now, Ulyanovsk, Russia). Alexis was executed in Moscow in June 1671, shortly after Razin’s own execution.