5 times Russia could have ceased to exist 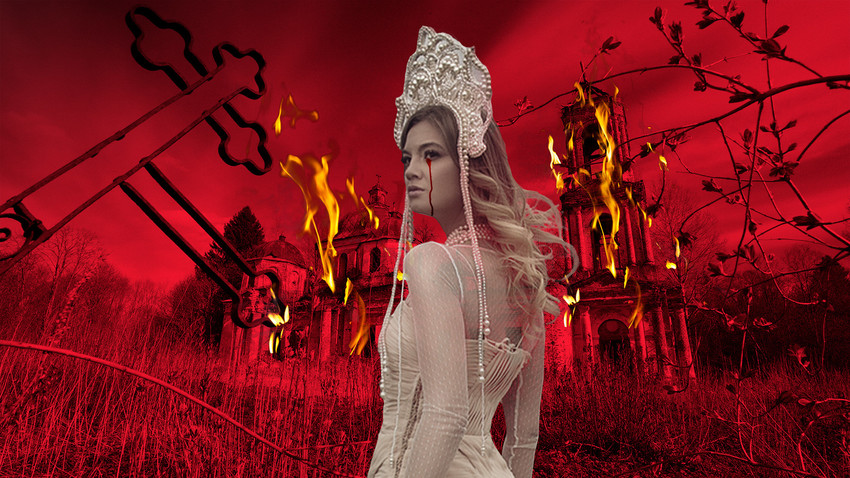 Vladimir Vyatkin/Sputnik, Legion Media
Russia fought many wars and suffered a number of interventions, but there were 5 times when the state was just inches away from total destruction.

The Russian state was formed under the name of Muscovy Tsardom in the 15th-16th centuries and soon after fell into its first large-scale political crisis.

1. Time of Troubles and the Polish invasion 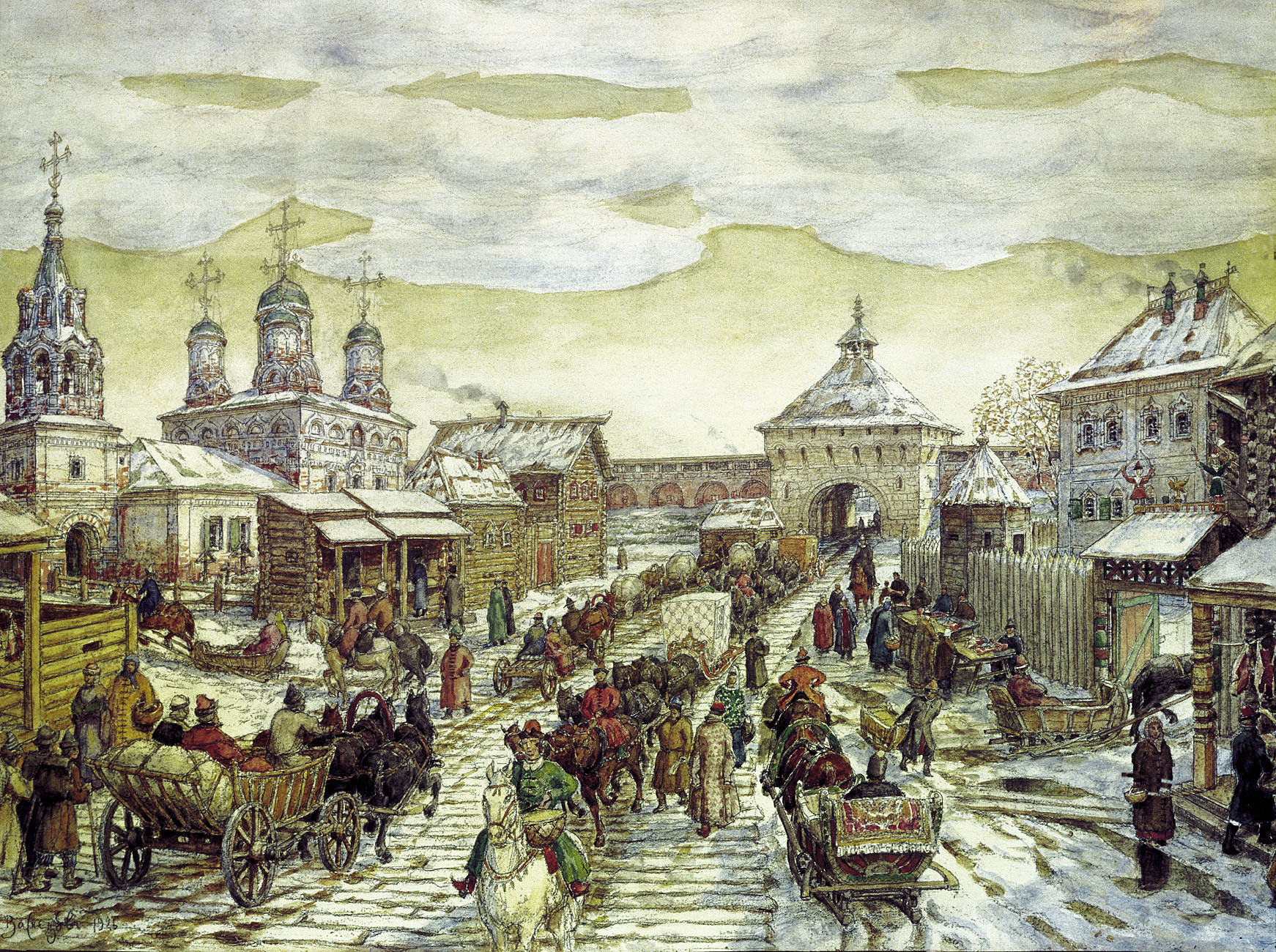 After Fyodor I of Russia, Ivan the Terrible’s son, died in 1598 without leaving any heir, the Rurikid dynasty came to an end. To add to that, there was also no obvious legitimate tsar. And the power of Boris Godunov, brother of Fyodor’s wife Irina, who eventually became the next tsar, was shaky at best. A great famine and numerous uprisings that shook the country followed. In 1605, when Godunov died, the Time of Troubles began.

Throughout that time, Russia was ruled by various persons, including False Dmitrys – the First and the Second, Vasili IV Shuisky of Russia, who ruled in 1606-1610, and The Seven Boyars – who deposed Shuisky – and invited the Poles to Moscow. 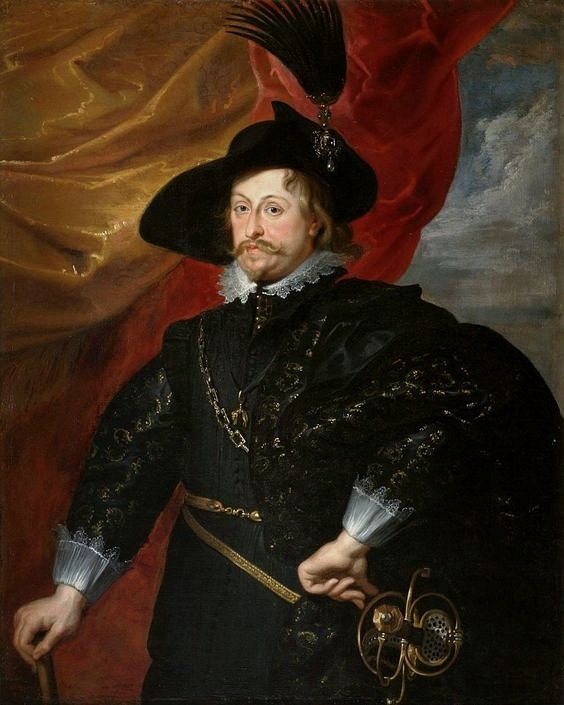 The Poles planned Władysław IV Vasa, son of their king, Sigismund III Vasa, to become ruler of Russia. According to their plans, the country wasn’t to become part of the Polish-Lithuanian Commonwealth, but just a satellite state. This meant, almost for certain, the loss of sovereignty for Russia.

Luckily for Russia, the people, led by Kuzma Minin and Prince Dmitry Pozharsky, liberated Moscow from the Polish invaders and reinstalled a monarchy, electing Mikhail Fyodorovich Romanov as the new tsar. 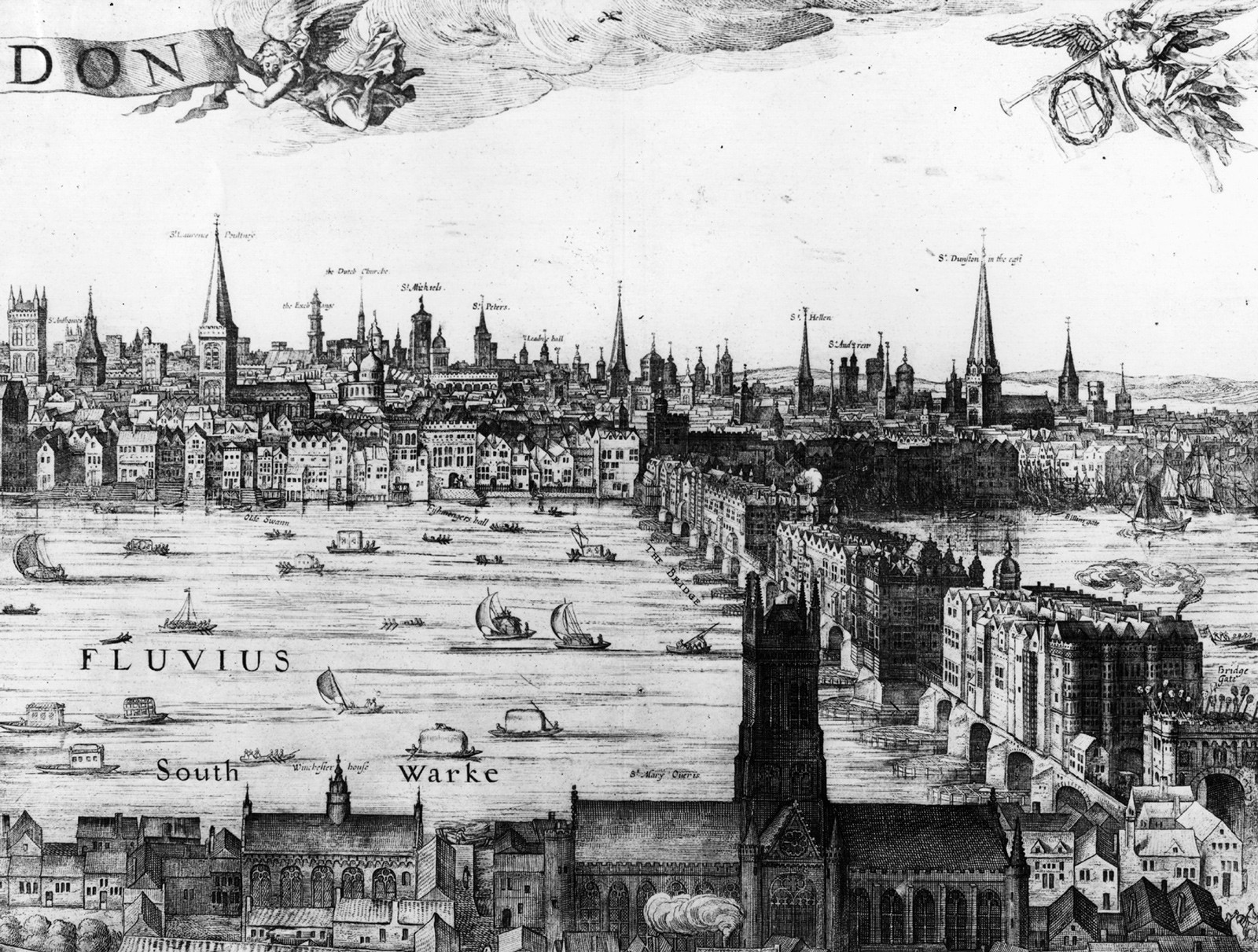 In the 17th century, Russia annexed left-bank Ukraine, which meant having a common border with the Ottoman Empire. This demanded Russia join the anti-Turkish European coalition – finally, the country had to break its isolationist approach to foreign policy. And it became clear that Russia was rather underdeveloped, compared to European countries. At that moment, Russia had everything it needed to become an empire that could contend with European states – but the traditionalist approach of tsar Alexis (Peter the Great’s father) and his officials slowed the country down.

Russia didn’t have an effective contemporary military. Manufacturing and production didn’t develop well because of obsolete laws and customs. Raskol, the splitting of the Russian Orthodox Church into an official church and the Old Believers movement, divided the nation. Uprisings and riots shook the country, with the Razin Peasant War the most notable of them, where rioting cossacks almost sieged Moscow. 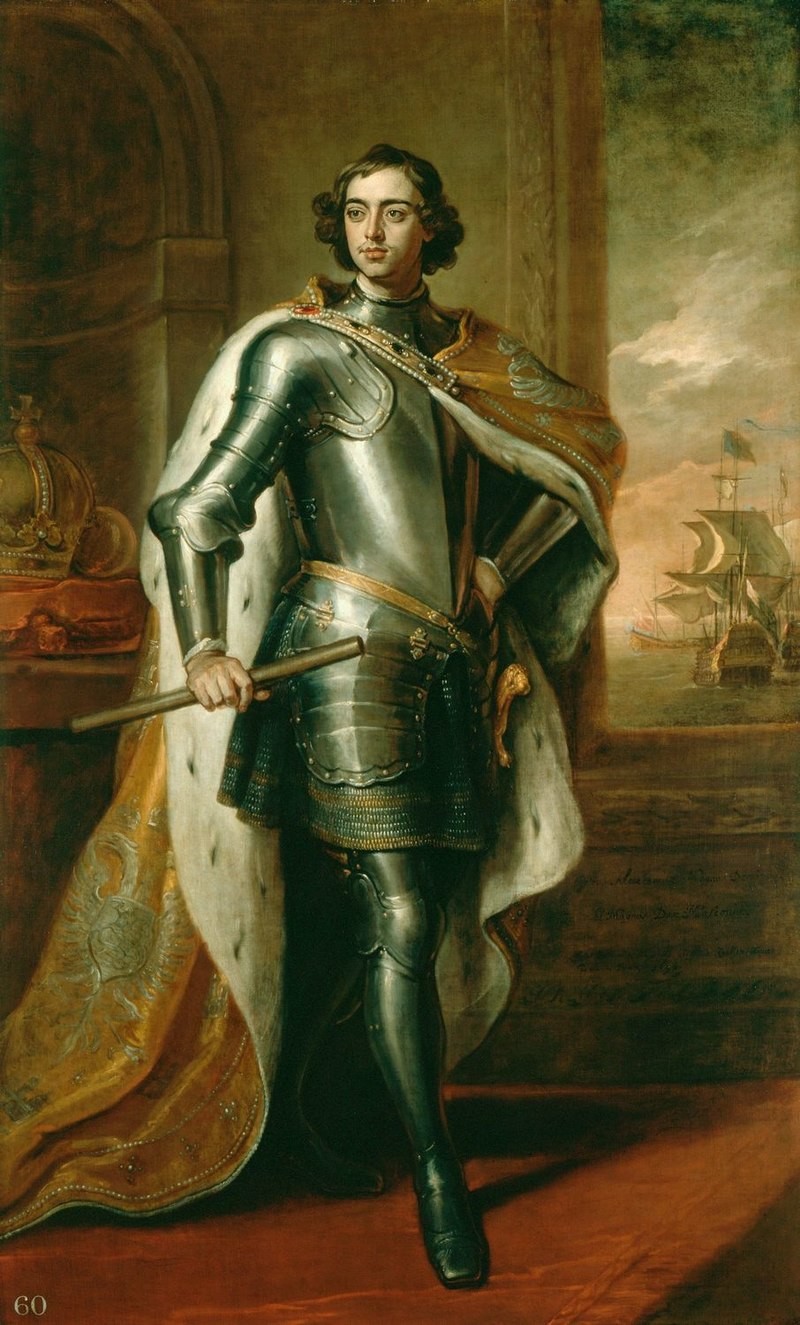 Portrait of Russian Tsar Peter I the Great by Godfrey Kneller (1698).

Historians are almost unanimous in thinking that were it not for Peter the Great and his somewhat hasty and very cruel reforms, Russia сould have been defeated by Sweden, with its impeccable army and the dexterous Charles XII, although his plans in case of victory were unclear; we know, though, that he wanted to siege and conquer Moscow. But Peter’s internal and external policy, along with the help of some European countries, helped Russia to recover from the crisis and become an Empire in 1721. 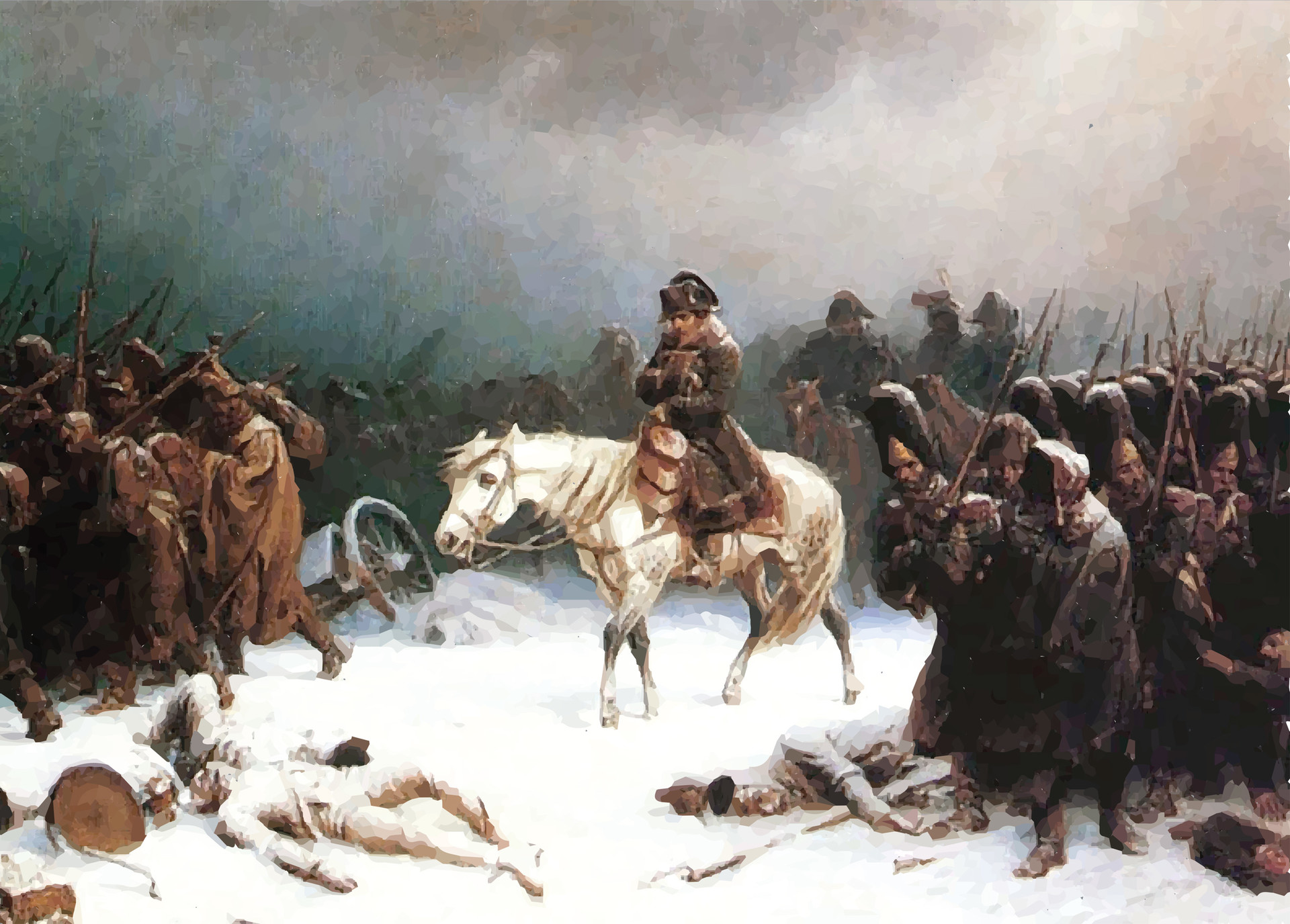 Napoleonic France’s most notable enemy was Great Britain, the ruler of the seas at the time. To exacerbate Britain’s condition, Napoleon put the Continental Blockade into effect: a large-scale embargo on British trade, that all European states had to observe. Except for Russia, which Napoleon planned to conquer in the course of 5 years (as of 1811). Napoleon didn’t plan to change the Russian political system. He probably just wanted to make Russia a satellite state, just like he had done with many European states.

Although Napoleon’s army of over 600 thousand soldiers effectively marched through Russia and took Moscow, there was nothing more for Napoleon to conquer – but then a full-scale guerilla war against the French was underway, their ammo and sustenance were scarce, and supply lines in constant jeopardy, while the Russian army was waiting to retaliate. Trapped in burned-down Moscow, Napoleon tried to negotiate peace – in vain – and eventually had to flee. 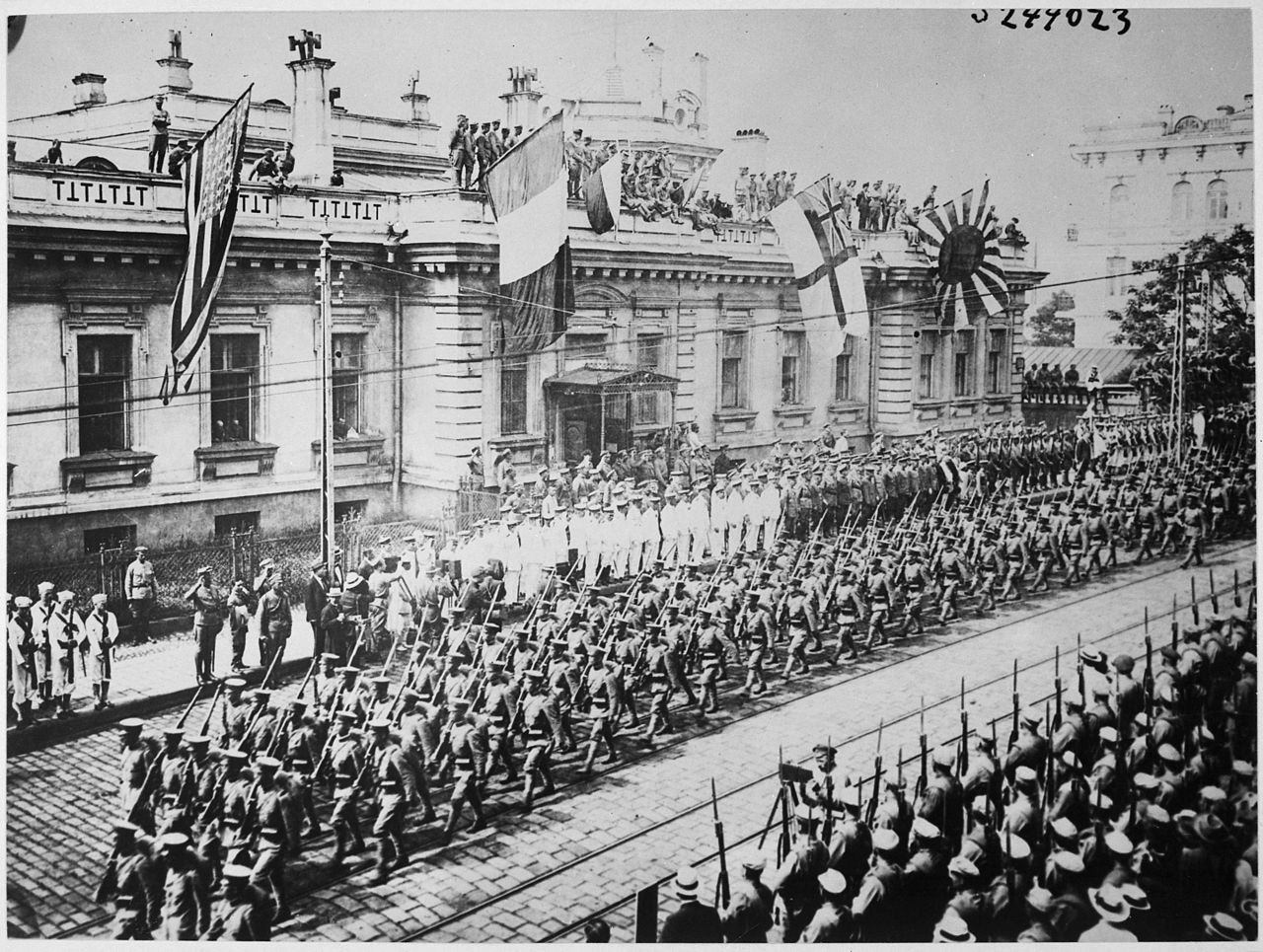 Vladivostok, Russia, September 1919. Soldiers and sailors from many countries are lined up in front of the Allies Headquarters Building.

In 1917-1918, Russia was probably as close to losing sovereignty as during the Time of Troubles. There were no invaders in Moscow or St. Petersburg, but after the murder of the Russian monarchy, 14 foreign states took part in the intervention of the Russian territory. Northern territories, the Far East, Crimea – many parts of Russia were invaded.

The intervents, however, didn’t have a clear plan of action. Most likely, they were just waiting to see which side would win the Russian Civil war that had started between the Bolsheviks and the monarchist forces still loyal to the monarchist ideas and hoping to reinstall the Romanovs in Russia.

It is true also, that had the Bolshevik attempt to seize power failed, the country would have certainly been cast into total chaos and would have lost its consistency. Eventually, this didn’t happen, as the Bolsheviks withstood the standoff with the Whites and, with unprecedented cruelty, won the Civil War. Meanwhile, the USSR was already in the works. 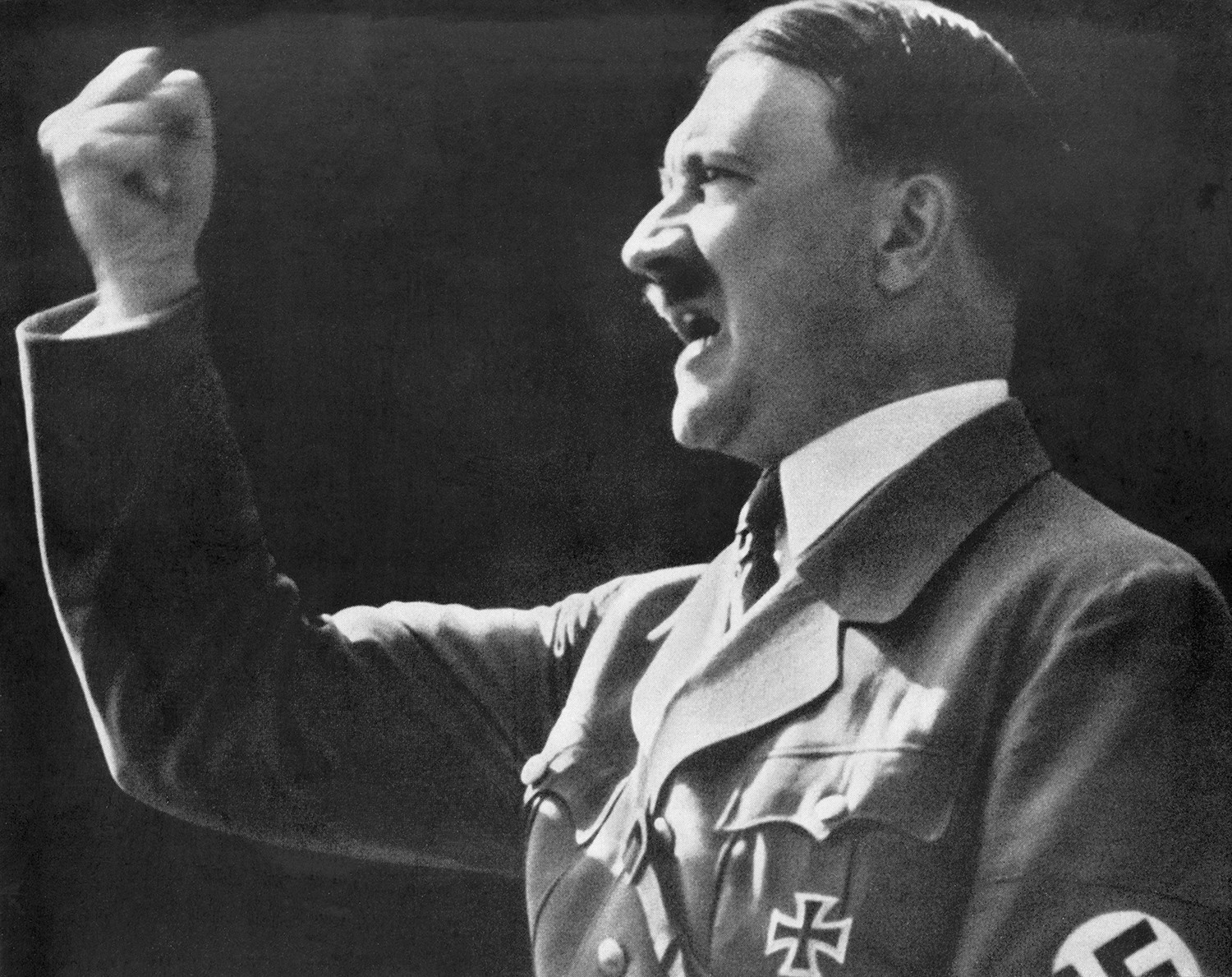 Unlike Napoleon, who had planned to post his own king to Russia and make the country pay him tributes and feed his army, Hitler planned genocide and ethnic cleansing of Russians. His monstrous Generalplan Ost (“Master Plan for the East”) suggested transporting citizens who were “objectionable in terms of race” to Siberia, the Far East, and Latin America. Millions were to be destroyed in death camps.

As the war progressed, the Nazis committed many horrible atrocities to citizens of the USSR. Many people were transported to Germany as slaves, and thousands executed. The USSR lost over 27 million people in the war and had millions wounded and disabled, but still managed to stop the Nazi onslaught.