Uglich: What to see in the city where Ivan the Terrible’s son was killed 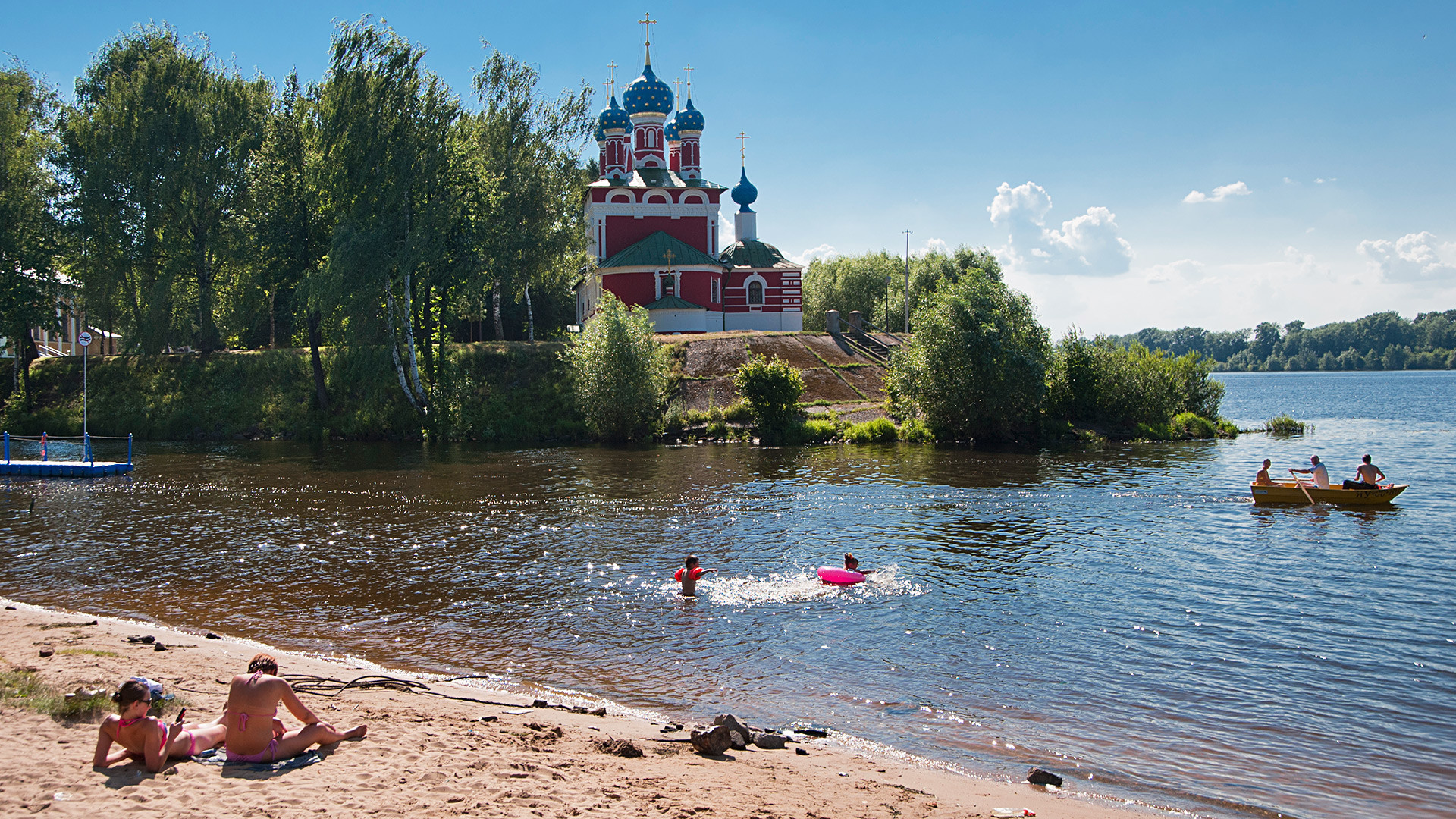 Volga River and the Church of St Dmitry on the Blood

Konstantin Kokoshkin/Global Look Press
At a bend on the mighty Volga River, there lies a city that holds the most impenetrable secret of medieval Russia.

The name Uglich is derived from the Russian word ugol (“corner”), since it stands on a “corner” of the Volga. The waters of Russia’s prime waterway makes a small bend here before joining Rybinsk Reservoir, which is so vast it is known informally as "Rybinsk sea." 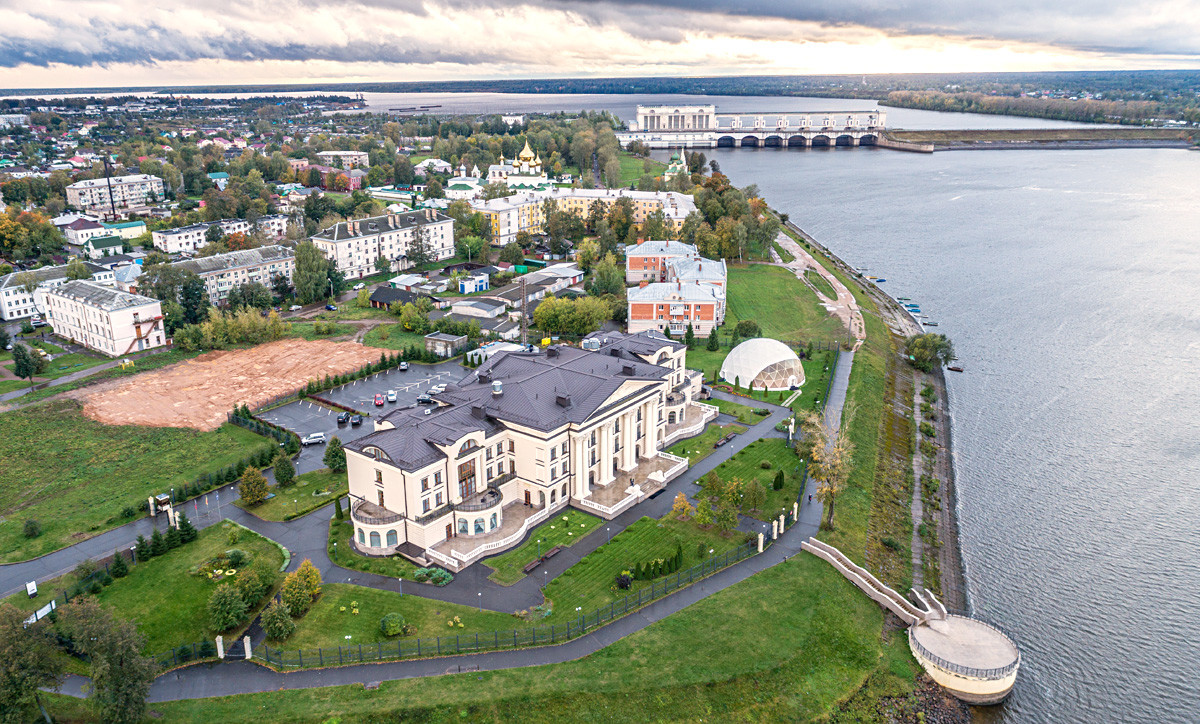 An outlying jewel in the Golden Ring crown

Uglich is located in Yaroslavl Region, 100 km from Yaroslavl itself, some distance away from the famous Golden Ring tourist trail, yet an important part of it, nevertheless.

Almost all the houses are wooden, and a sublime church or monastery pops up literally at every turn. 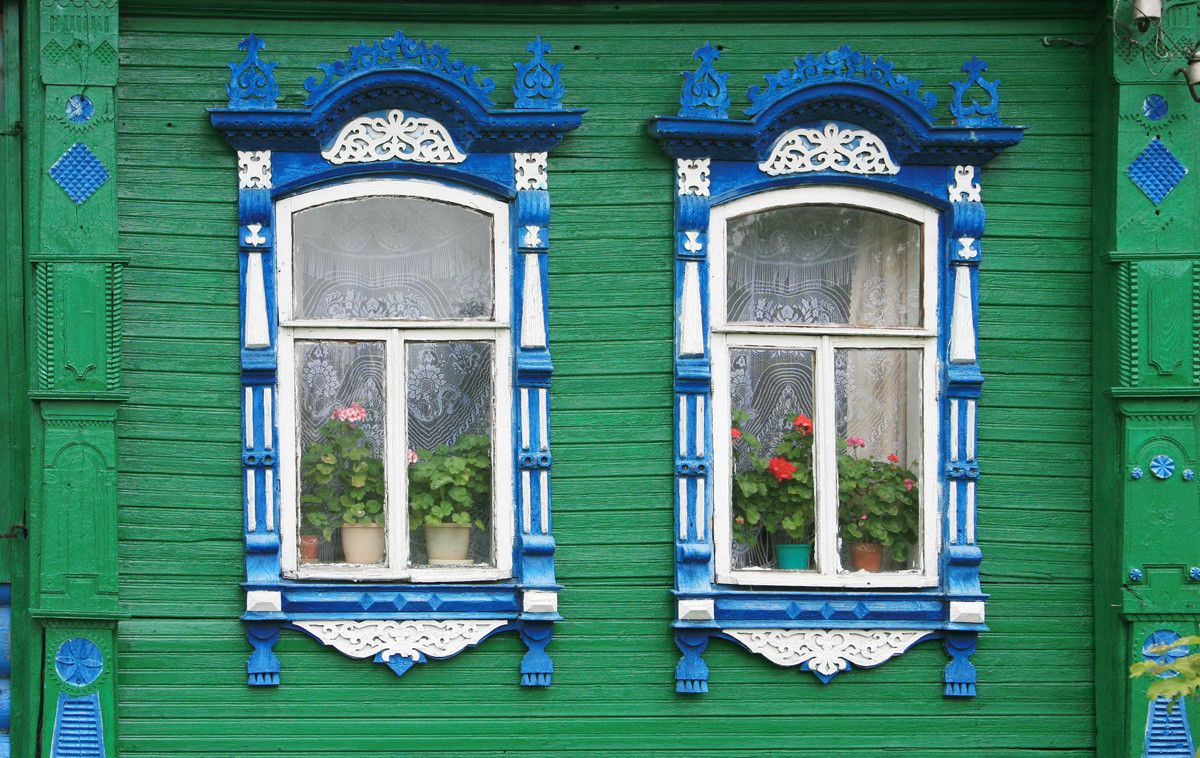 The hulking white cathedral inside the Epiphany Monastery towers over the small houses. It stands at the entrance to the city center, and its blue domes can be seen from afar (incidentally, blue domes always signify that the church is dedicated to the Virgin Mary). 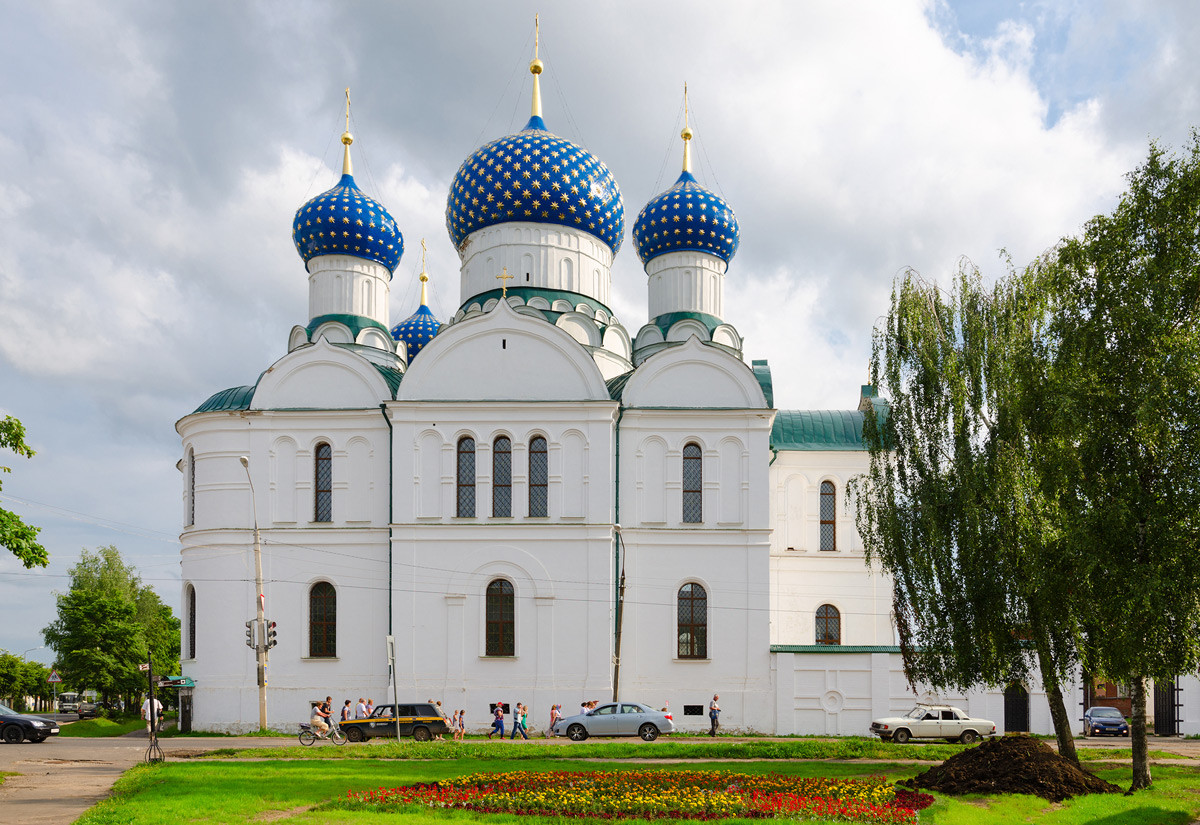 Main cathedral of the Epiphany Monastery

The exact date when Uglich was founded is unknown, but historians are inclined to plump for the year 937. First mentioned in the annals in 1148 (a year after Moscow’s first name-check), it is associated with the internecine wars among the feudal lords and princes in the fragmented lands of Old Rus. 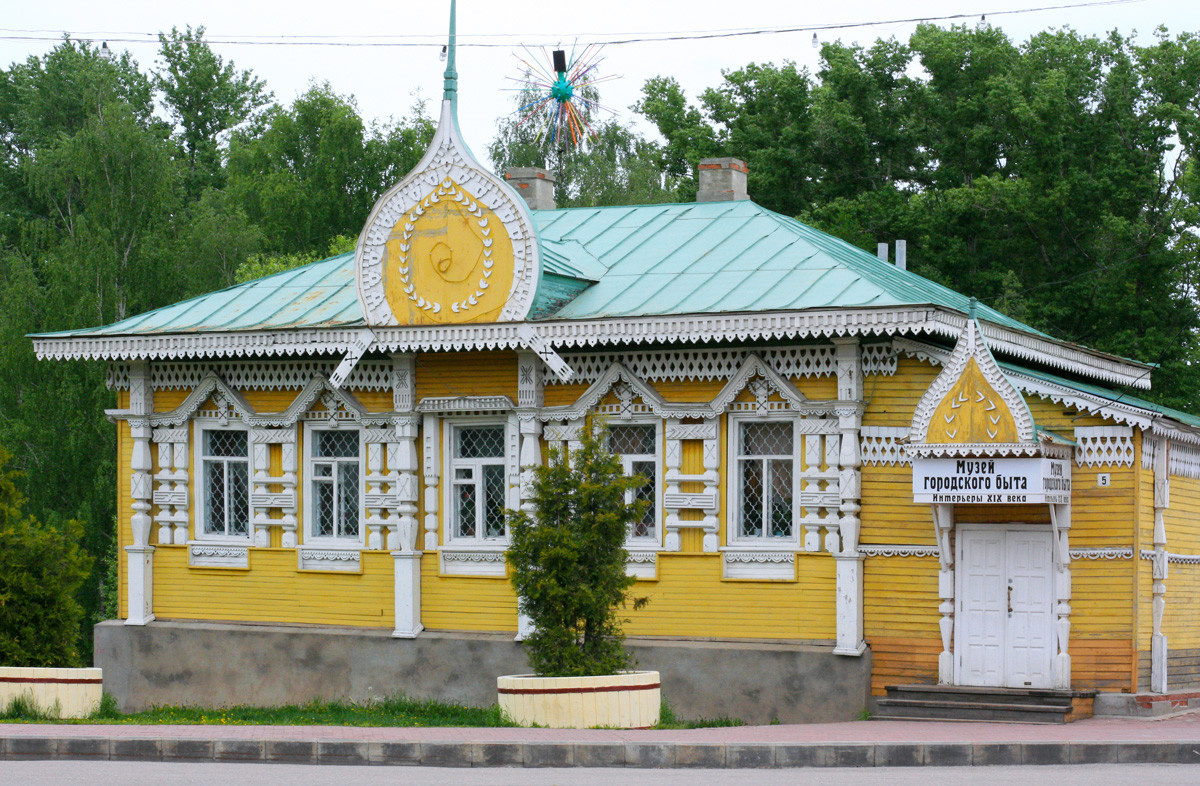 Museum of the Urban Life

The city’s main attractions are concentrated in the kremlin. But don’t expect to see the usual fortress walls, since it was defended by the Volga on one side, and a deep wide moat on the other. 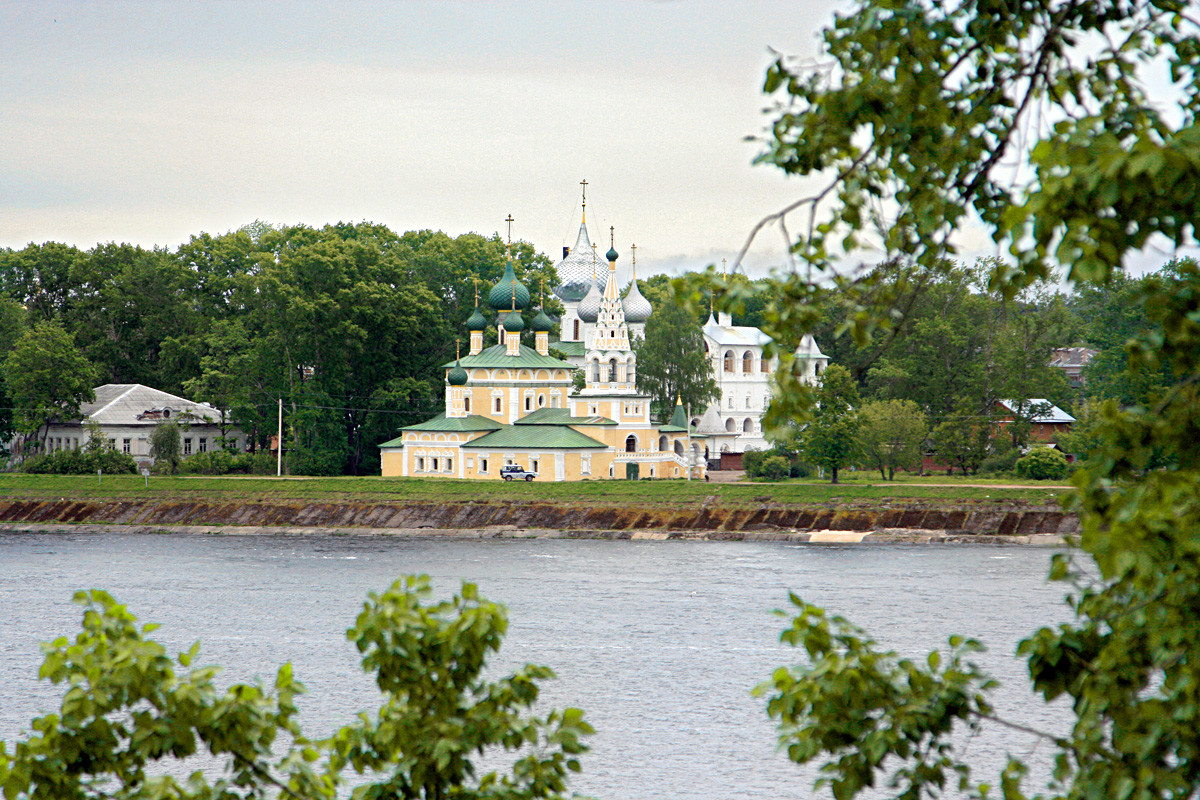 The murder of Prince Dmitry

Even by Russian standards, Ivan the Terrible was unlucky when it came to heirs. The main contender for the throne, his elder son Ivan, died in mysterious circumstances and may have been accidentally killed by Ivan the Terrible himself with the royal scepter (as imagined by Ilya Repin in his famous canvas). 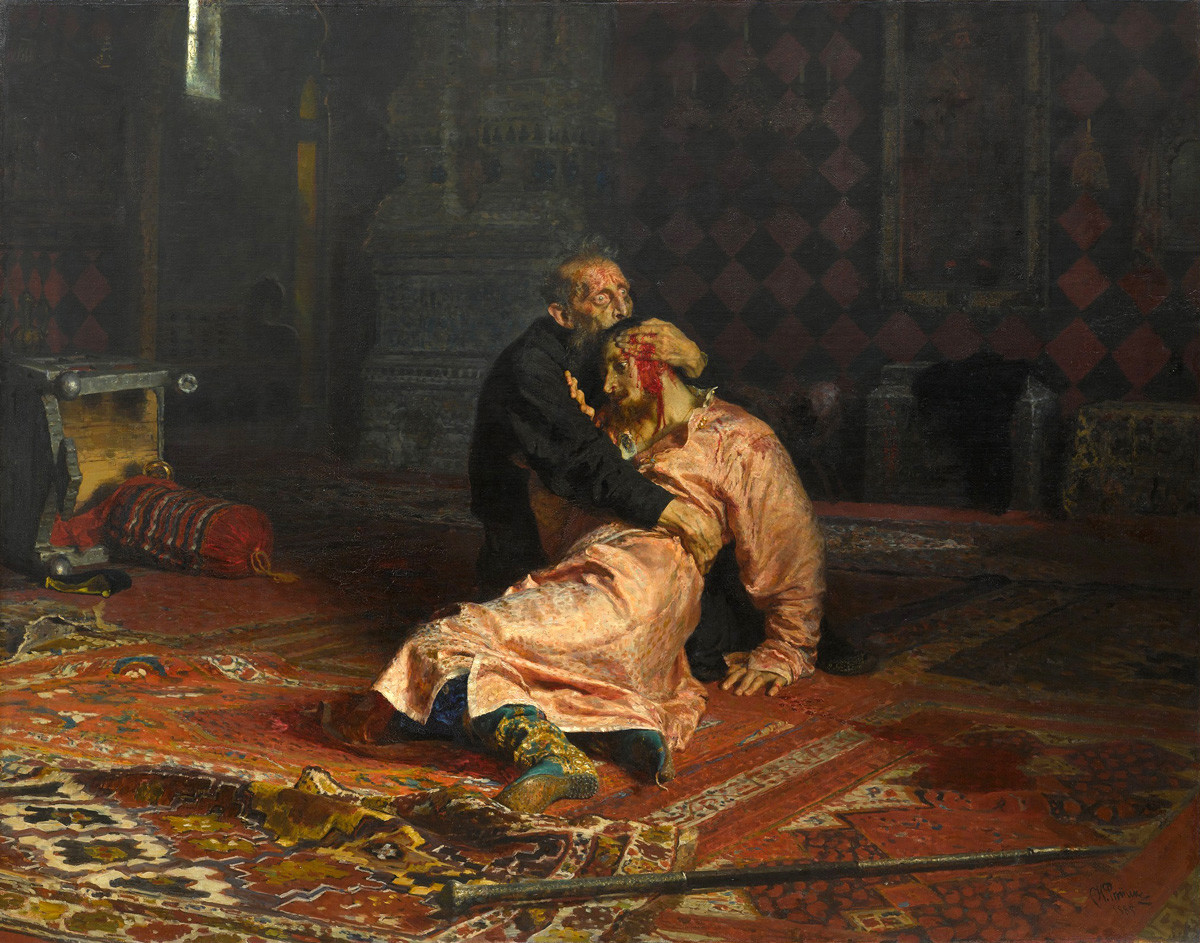 Another son, Fedor, was known to be feeble-minded. After the death of his father, he ascended the throne, but the boyars (nobles) ruled for him.

But there was one more son, the young Dmitry, born out of church wedlock to a woman called Maria Nagaya. Therefore, the boy and his mother were exiled to Uglich. The local kremlin has preserved the chambers of the Uglich princes, built in the 15th century, where they lived. A museum of antiquities was opened here in the late 19th century, which still works today. 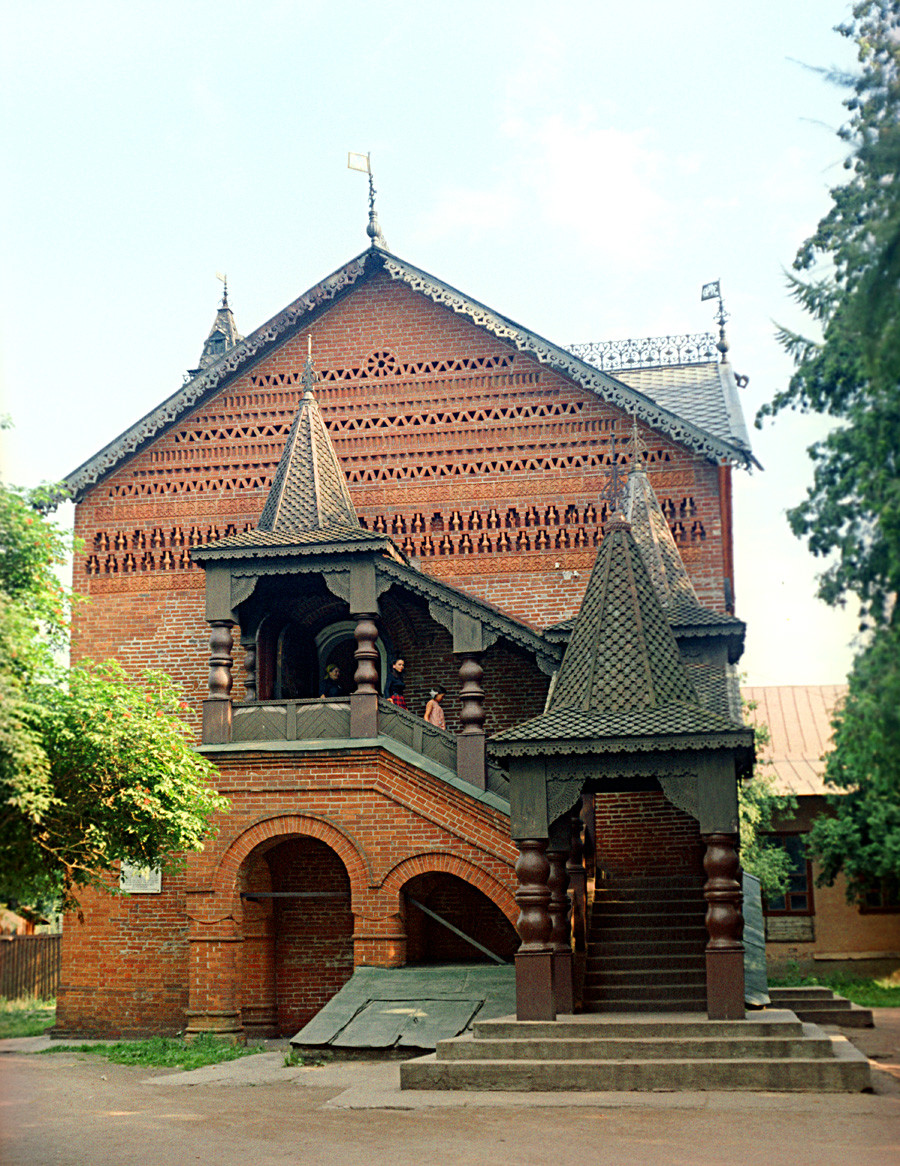 The chambers of the Uglich princes

On May 15, 1591, Prince Dmitry had his throat cut while out for a stroll. The murder of the eight-year-old boy gave rise to the Time of Troubles, when two impostors appeared, both claiming to be the miraculously saved Dmitry.

In 1681-92, the Church of St Dmitry on the Blood was built at the site of the murder, which British newspaper The Telegraph once included in a list of the world’s 23 most beautiful churches. 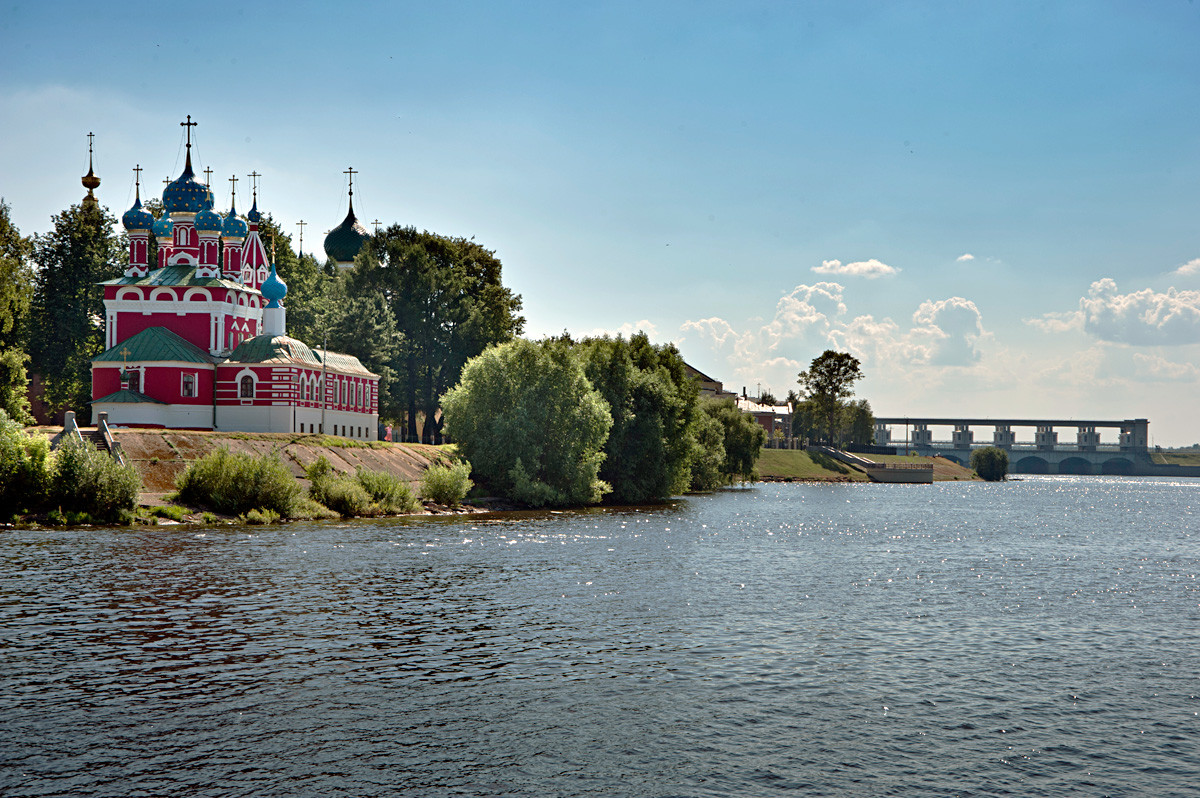 The Church of St Dmitry on the Blood

Inside the shrine are murals depicting the scene of the murder, the lynching of the assassins by a local mob, as well as biblical creation myths – rare for an Orthodox church, where New Testament stories usually predominate. 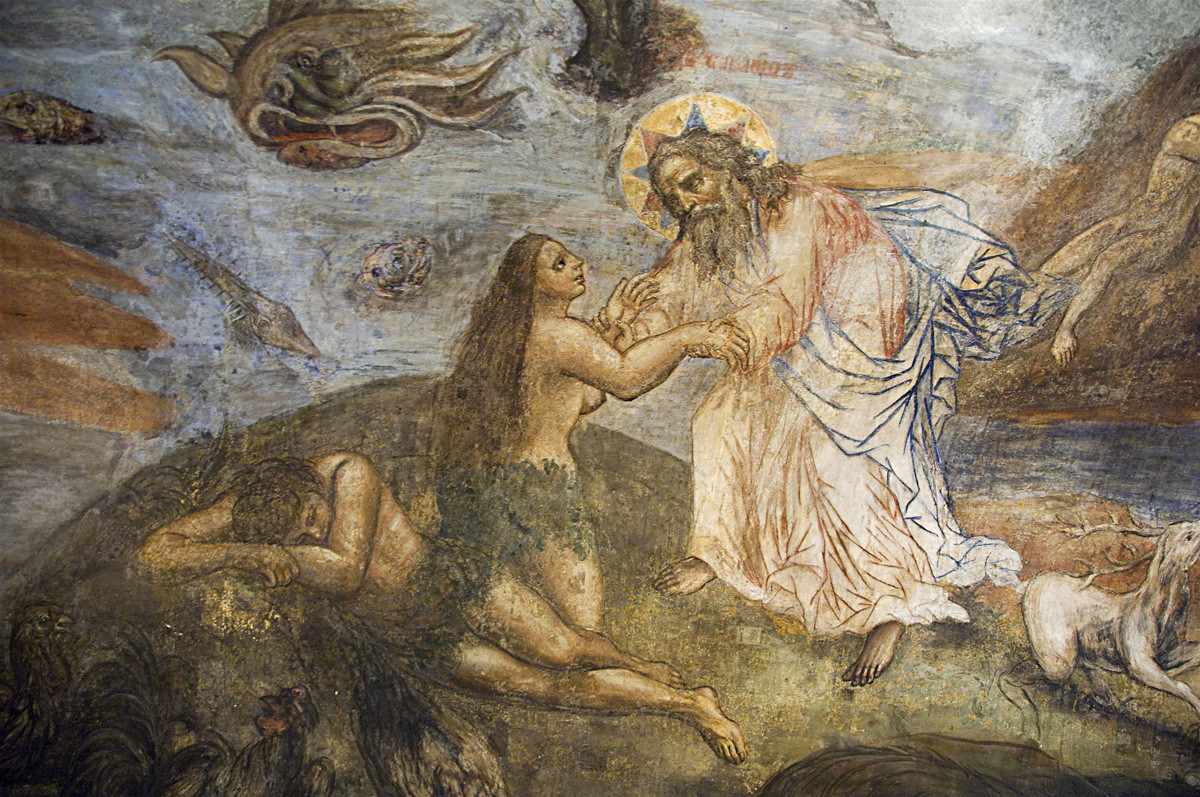 Inside the Church of St Dmitry

The hydropower plant, and a church that Stalin saved from demolition

Uglich’s unique location was perfect for a hydroelectric power plant, built in the 1930s and one of the oldest of the Soviet era. Its construction turned many architectural monuments into collateral damage, including several monasteries and churches that were flooded or demolished. But one place of worship – the Church of the Nativity of John the Baptist, built by wealthy merchant Nikifor Chepolosov in 1689 in memory of the murdered heir – miraculously survived. 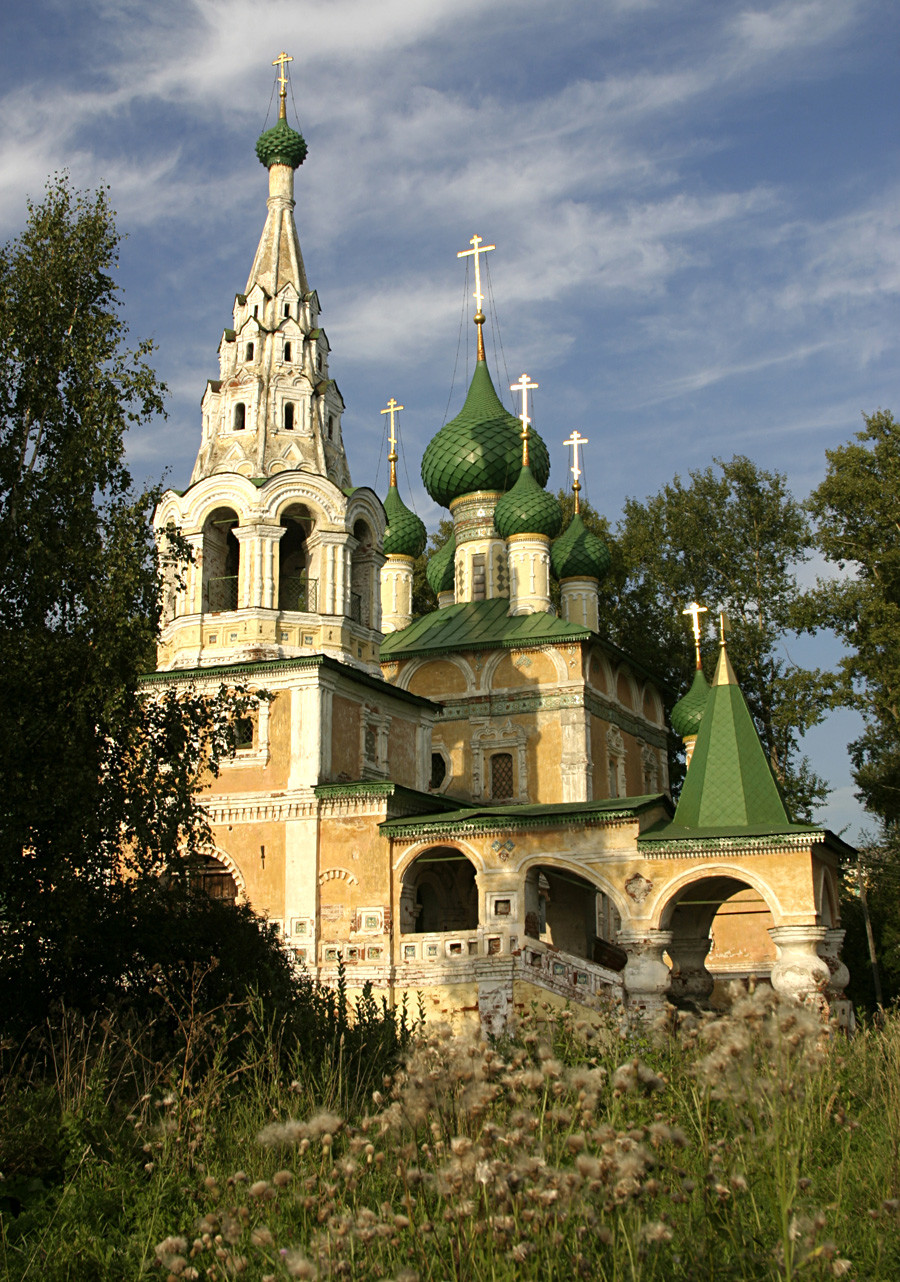 The Church of the Nativity of John the Baptist

To demolish such a work of art was considered barbaric, even in Stalin’s time. The plans were revised for the station to be sited slightly further upstream. Incidentally, a picture by legendary artist Nicholas Roerich hangs inside the church. 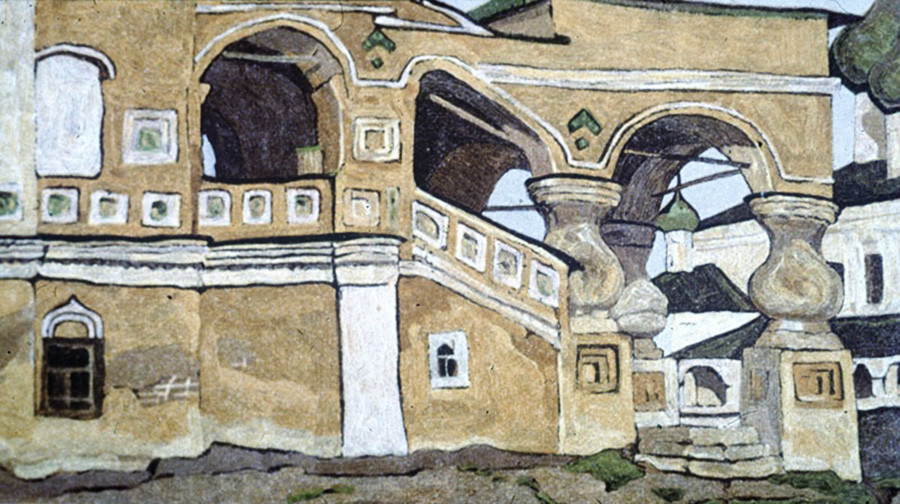 International Center of the Roerichs

During WW2, the hydropower plant supplied electricity to all of Moscow. Today, the building is an object of cultural heritage, one that wows the beholder by its scale, architectural proportions, and majestic beauty.

READ MORE: What to see in Yaroslavl, the Golden Ring 'capital'