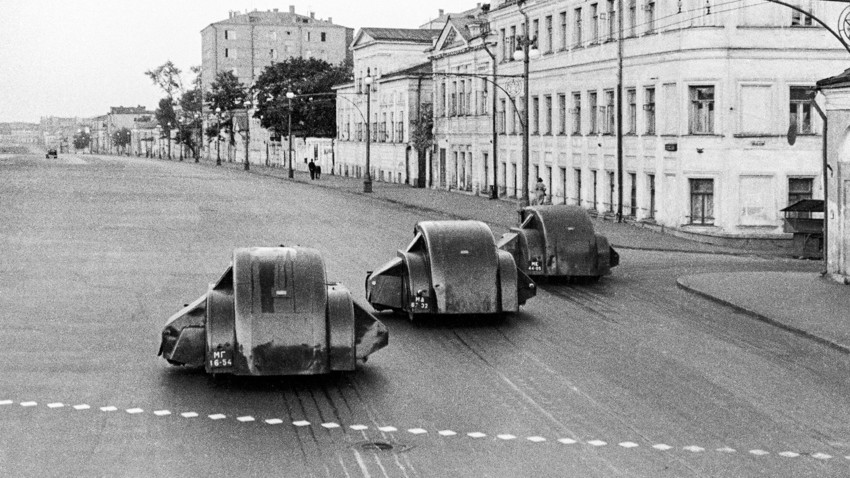 Anatoli Garanin/Sputnik
Check out these vintage shots of what street cleaning trucks looked like in the USSR.

The task of keeping Soviet streets and public spaces looking in order fell to the communal services, which worked with vehicles that Russians often gave funny names to (that don’t really translate well into English!) due to their appearance.

The “weaponry” was usually installed onto a simple truck chassis.

One of the first such trucks was the PU-2, based on the GAZ-AA truck. It was this vehicle that lay the foundation for the large family of Soviet communal cleaning trucks that followed. 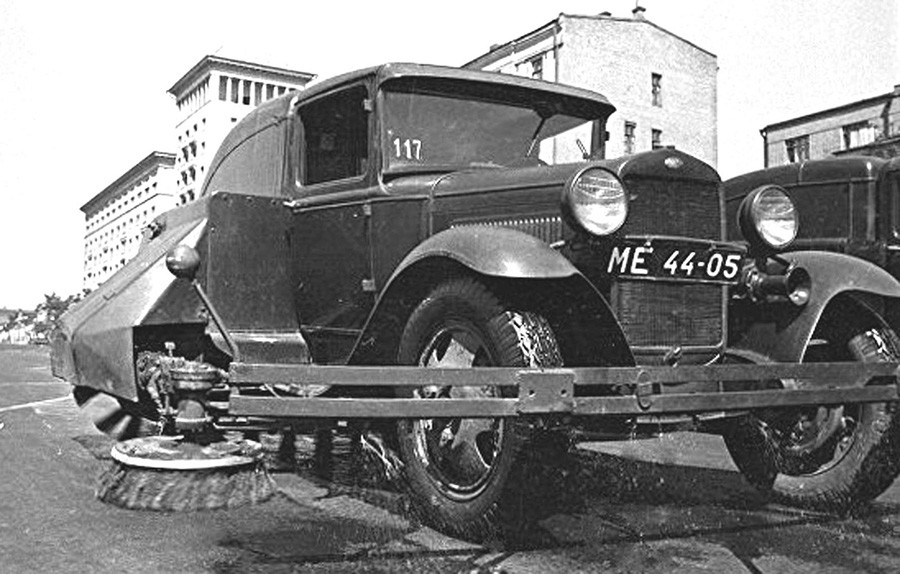 It was also used in winter to clear the snow. 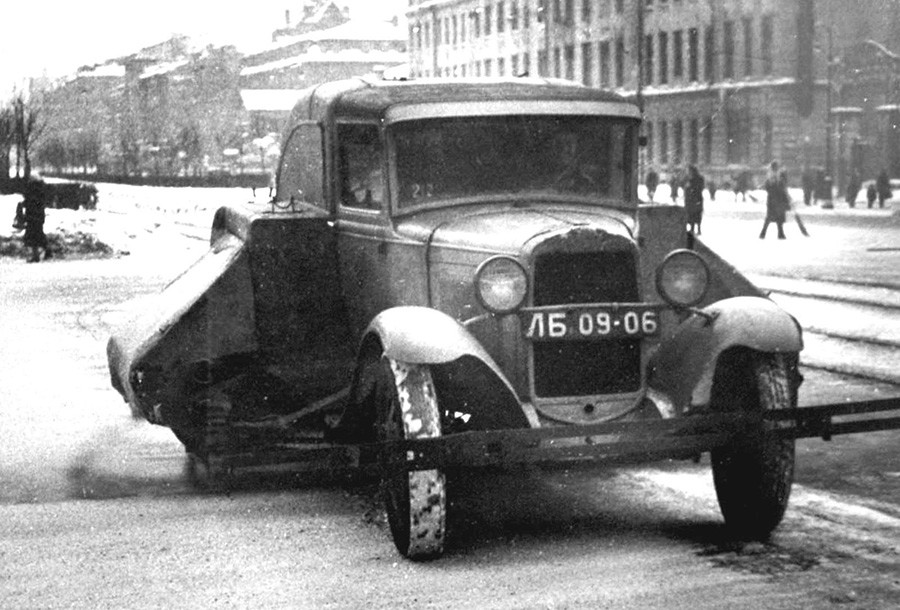 The first PU-2s had large wide brushes on the back, with a couple of smaller ones sticking out of the sides. But the construction had its share of drawbacks: the trucks ended up being too heavy and, therefore, difficult to maneuver. And so, in 1938, they were replaced with the PU-5. 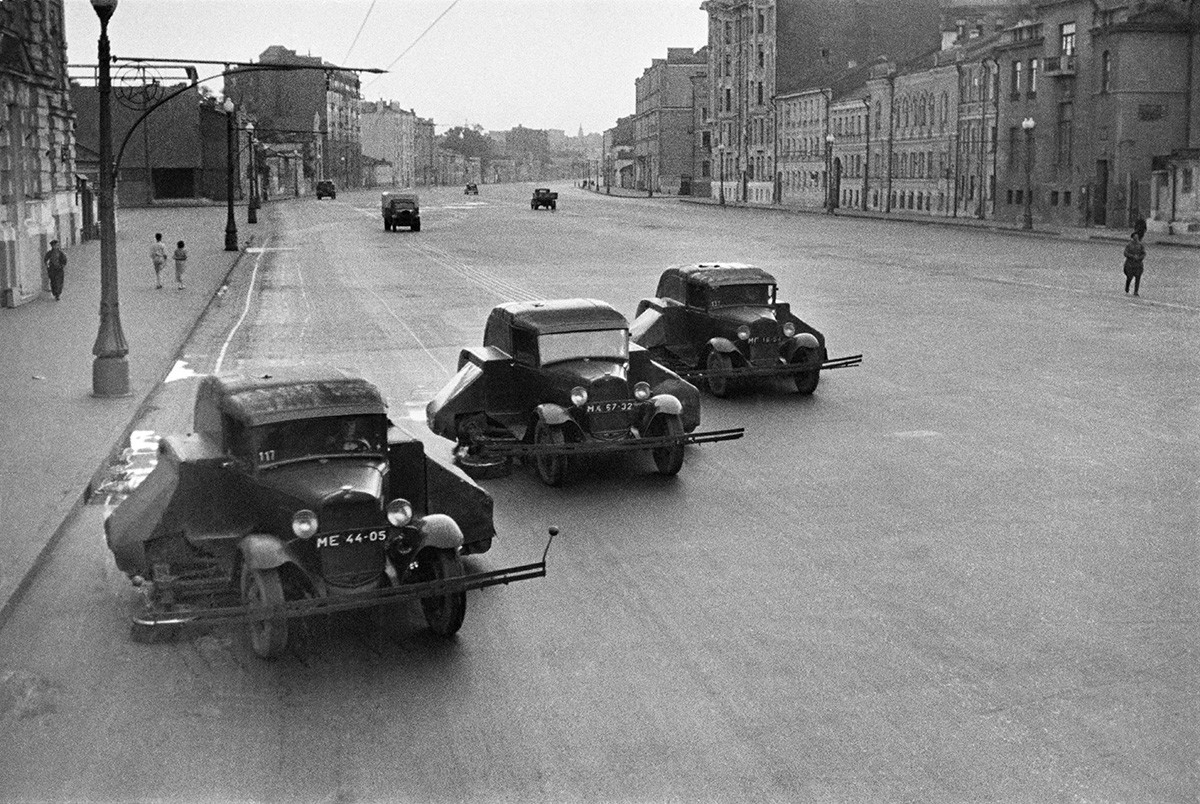 The brushes all being the same size allowed constructors to reduce the weight of the vehicle, while also increasing speed and maneuverability. 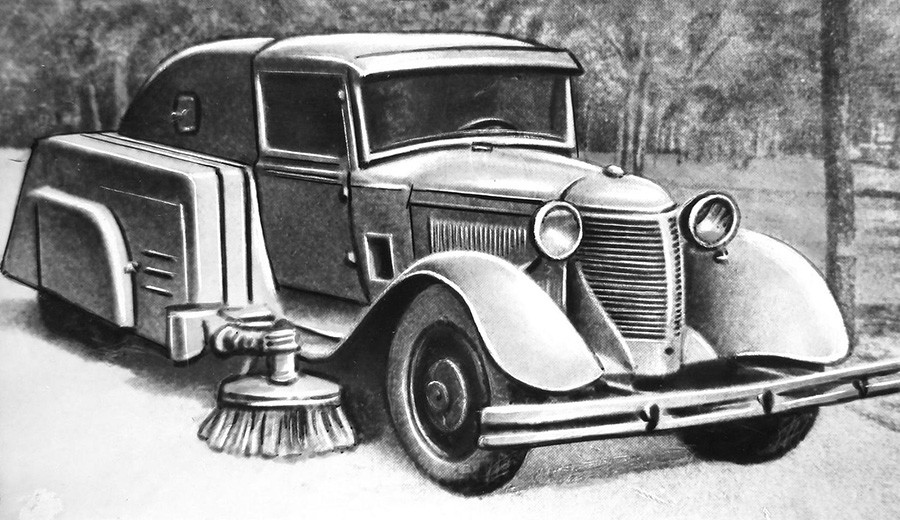 Meanwhile, already in 1936, there appeared the PM-4 water vehicles, based on the YAG-4 truck chassis. 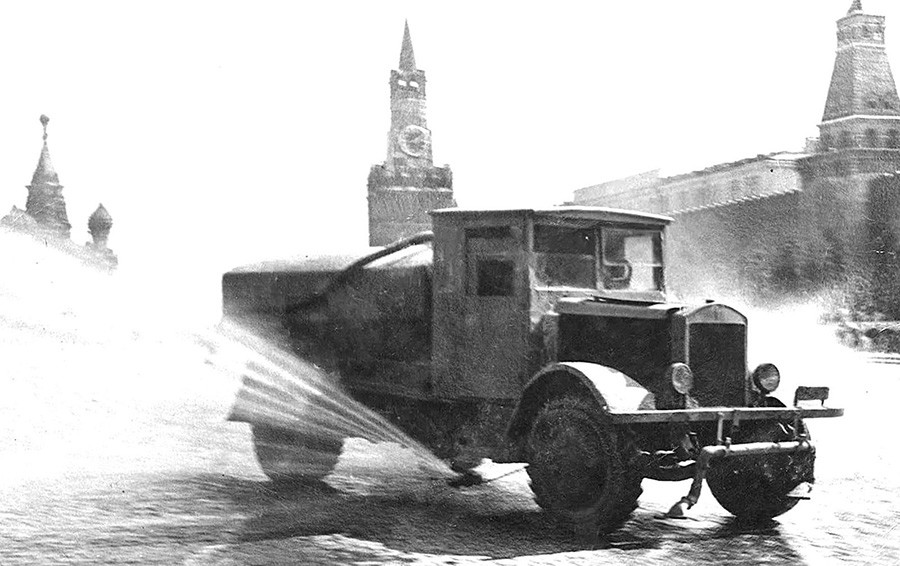 A water cistern was placed on the top of the truck, in addition to four cannons - two upfront and two on the sides.

You could see the PM-4s cleaning Moscow’s Sadovoye Koltso after the march of the defeated Germans on July 17, 1944. 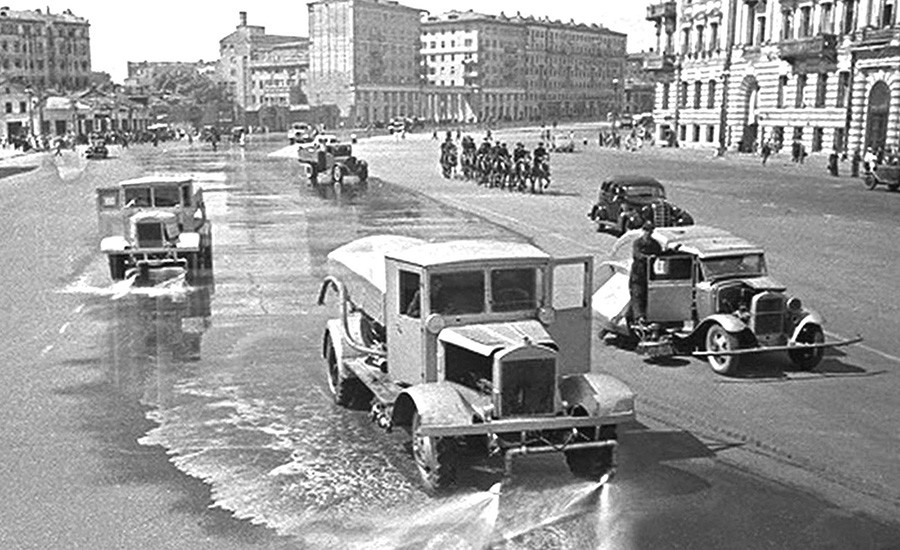 Gradually, an updated version of the cannons appeared, which improved water disbursement, making a more even flow. 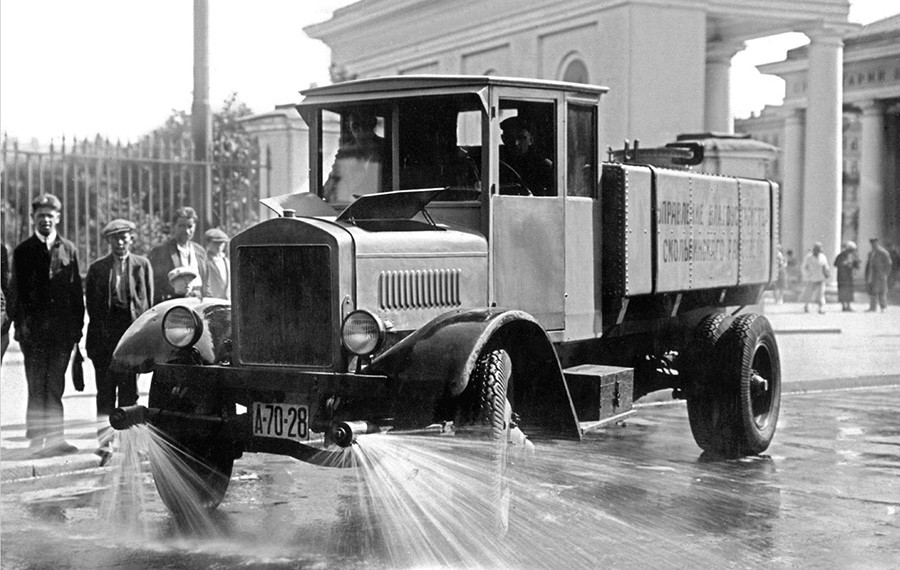 During winter, the PM-4s were repurposed as snow cleaning vehicles. 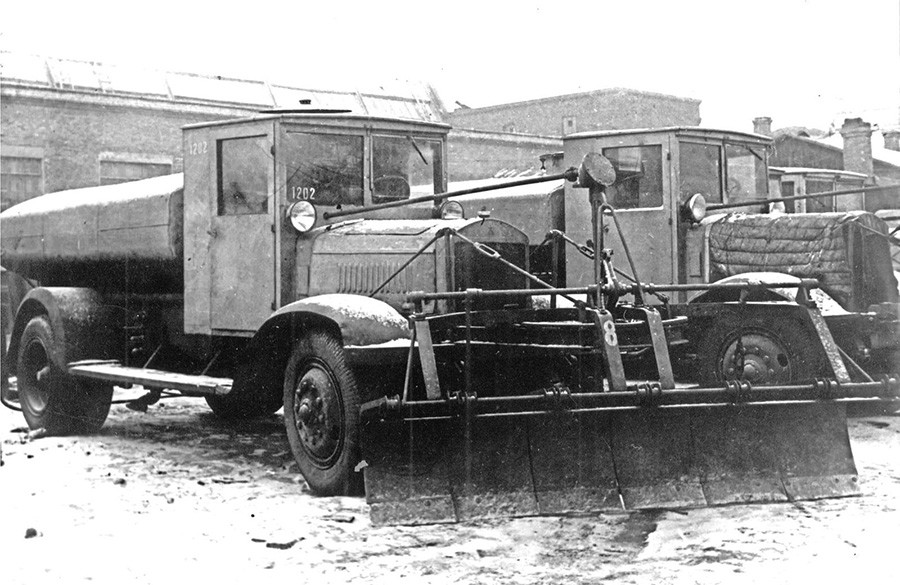 The new PM-6 sprinkler was based on the ZIS-5 truck, appealing on the streets of Moscow in 145. It featured a rectangular cistern with a water pump and three cannons. 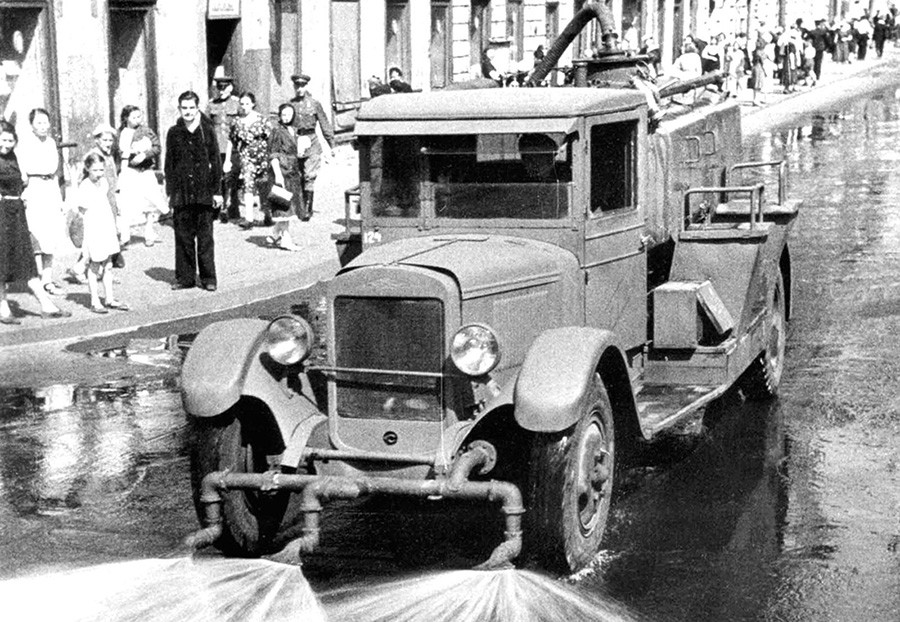 Meanwhile, in Leningrad (now St. Petersburg), they used these. 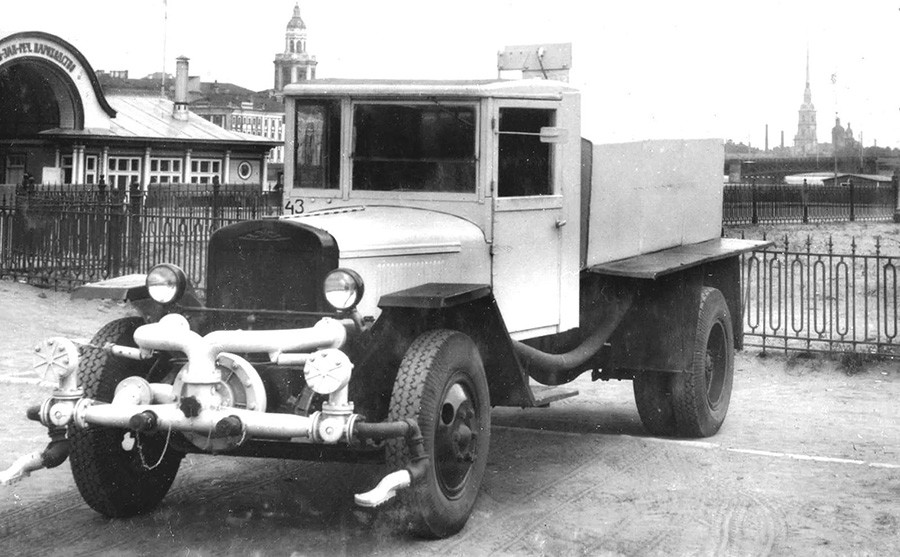 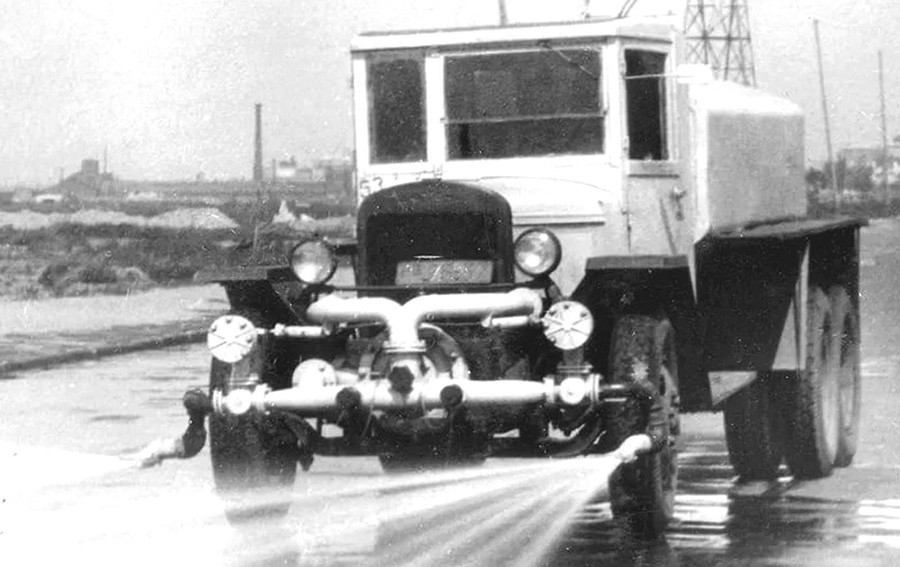 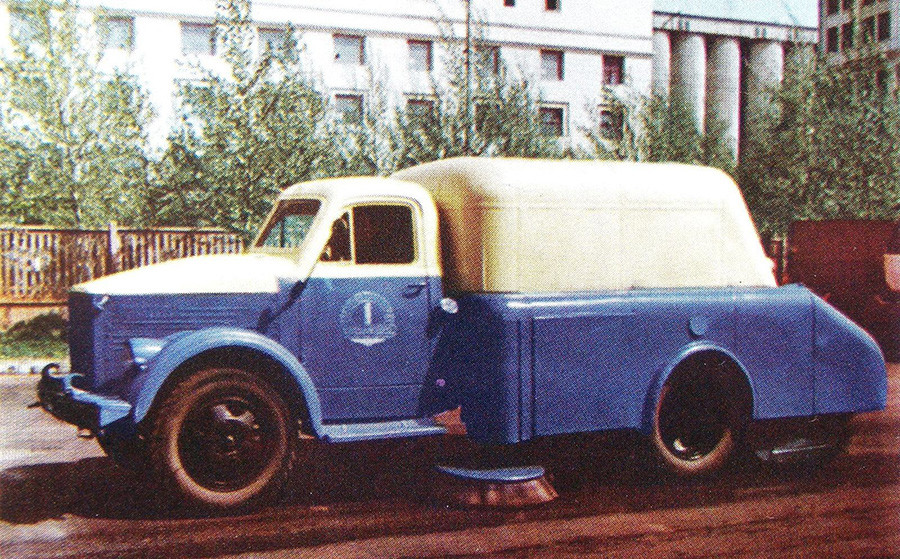 This car cleaned the streets with its five nozzles and three brushes - two on the sides and one at the rear. They traveled at 9-20 km/h on average, with a maximum speed of 40 km/h. 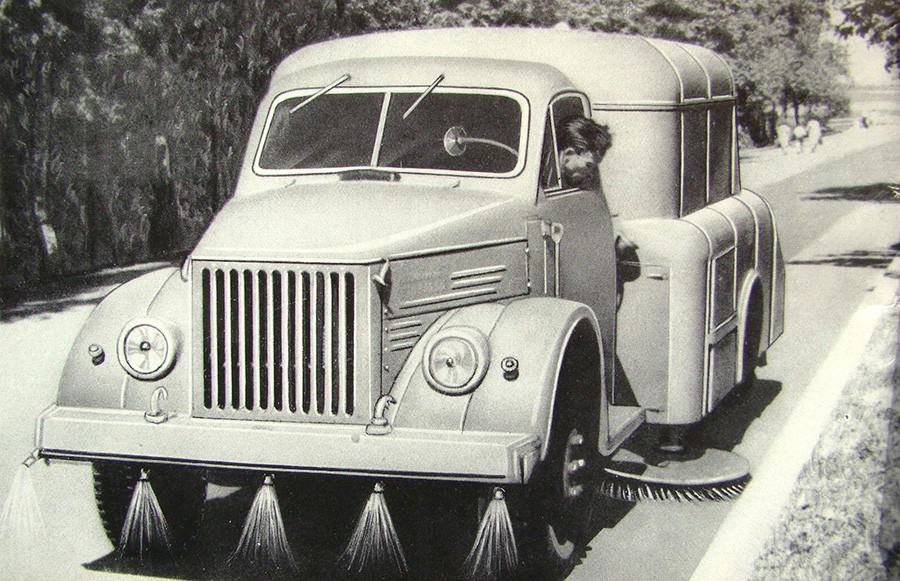 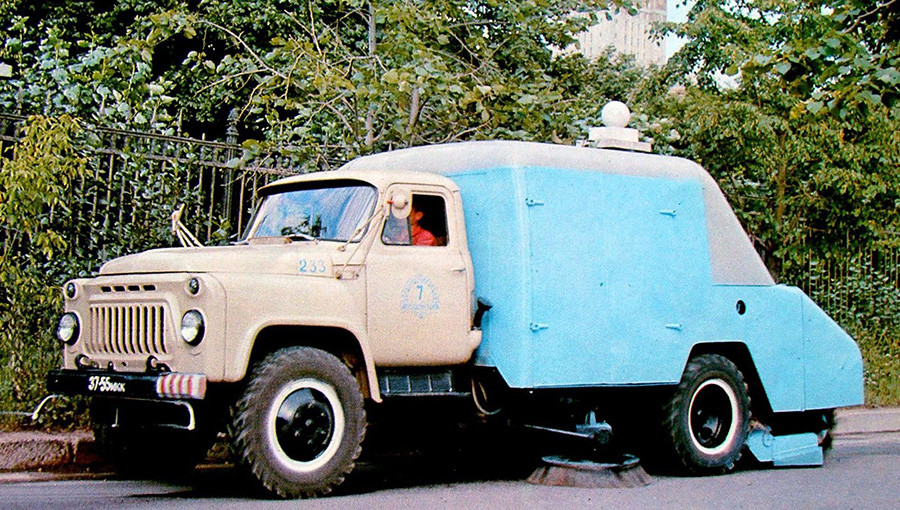 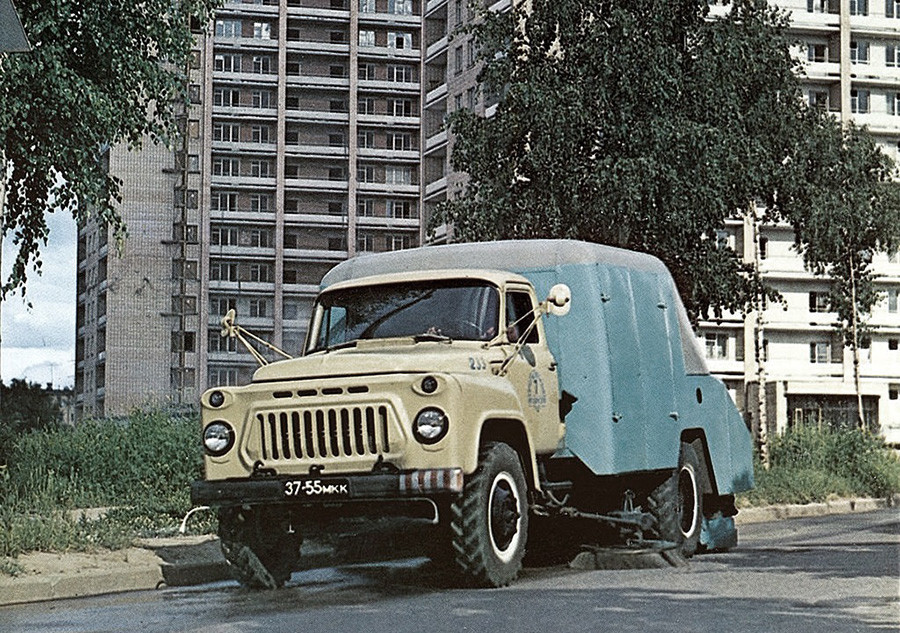 This yellow truck was a real vacuum cleaner on wheels. The VPM-53 was equipped with brushes containing a sucking sleeve, which is what created the association. 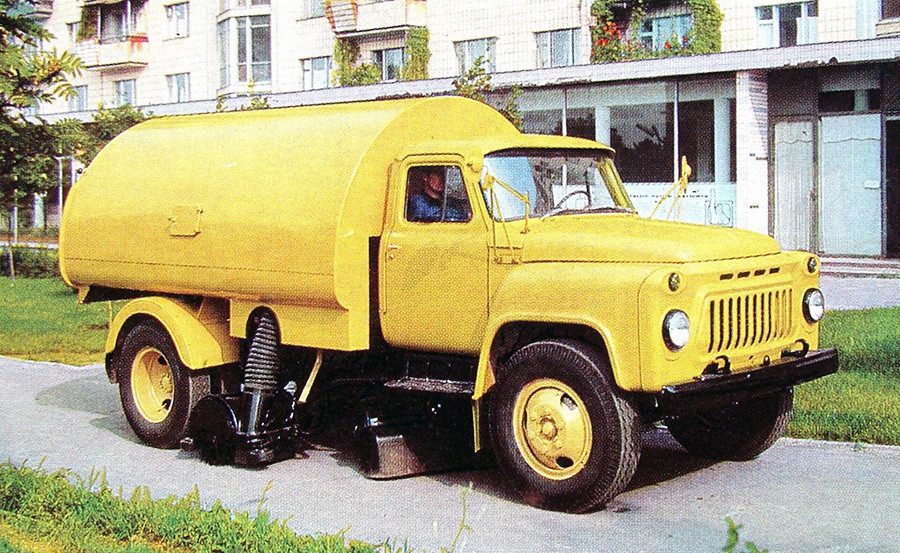 The MP-10 then appeared in the 1950s. It featured two water cannons on its front bumper and one on the side. 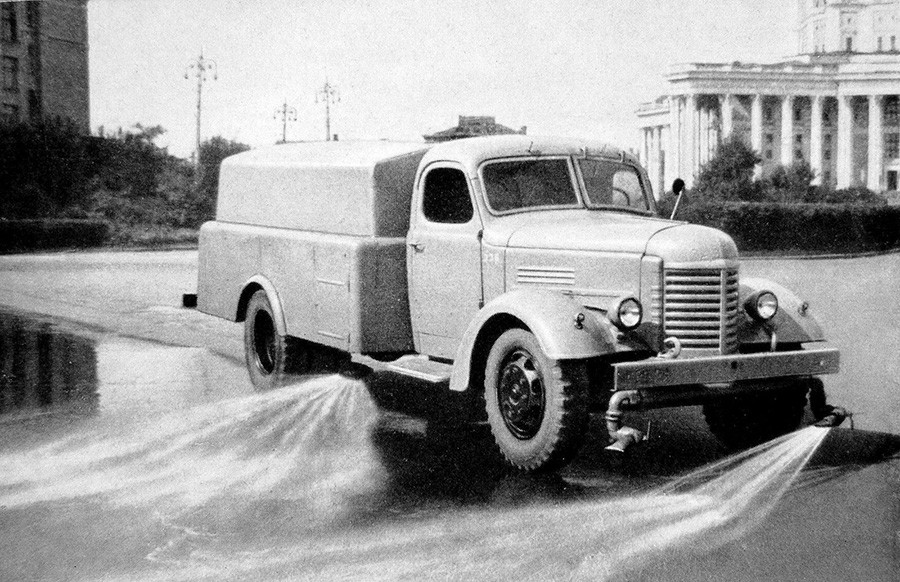 In the 1970s, a new generation of sprinkler trucks appeared. They were based on the ZIL-130 and named the PM-130. They looked more modern and had more maneuverability. 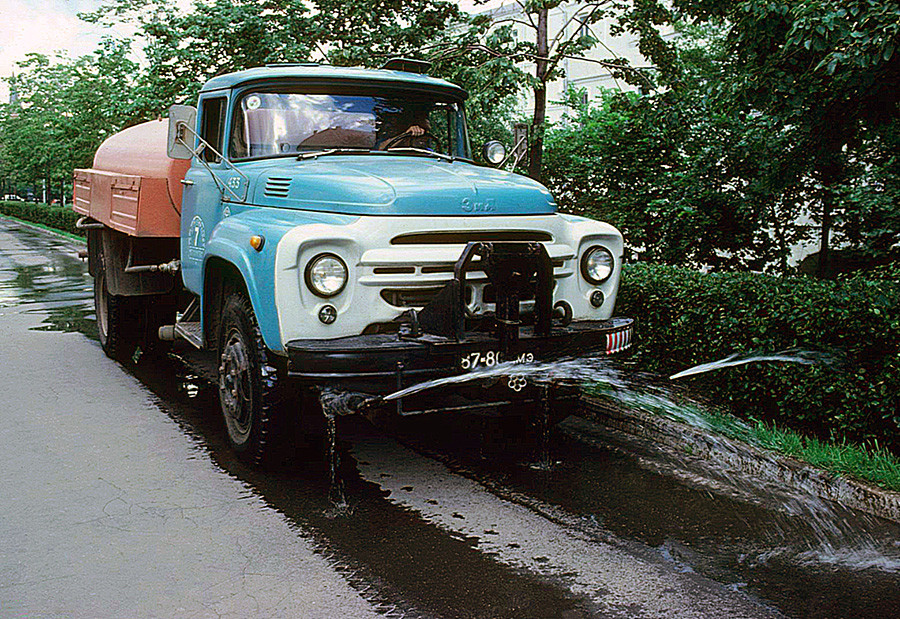 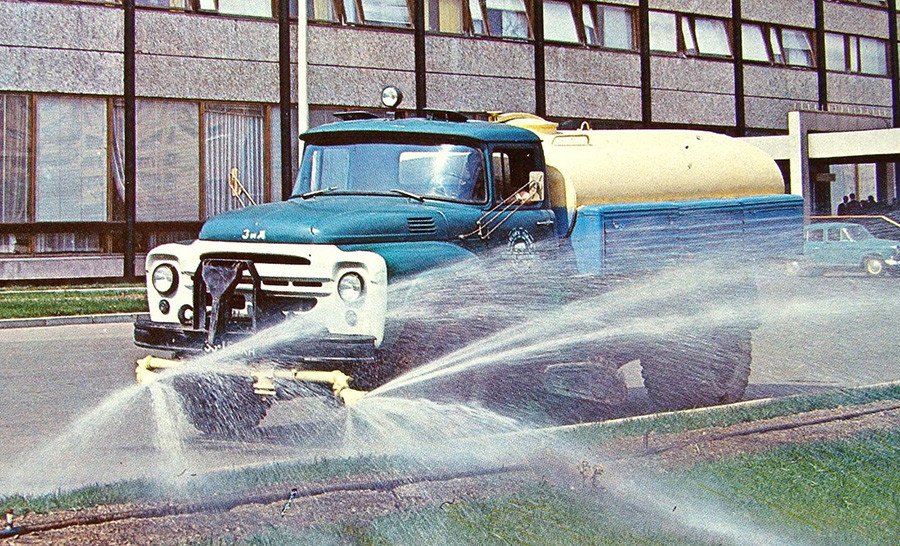 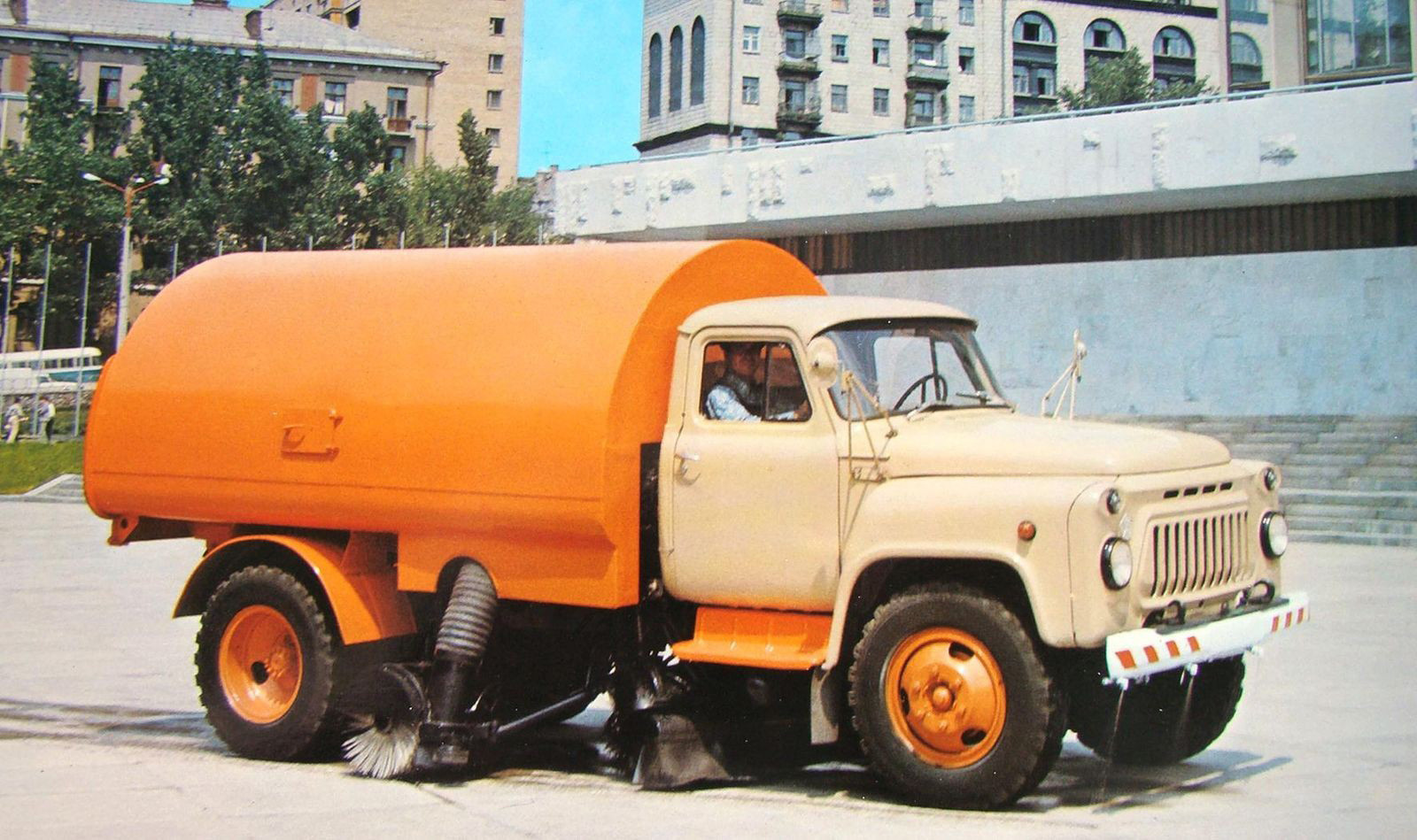 And the trucks used in Russia today look like this. 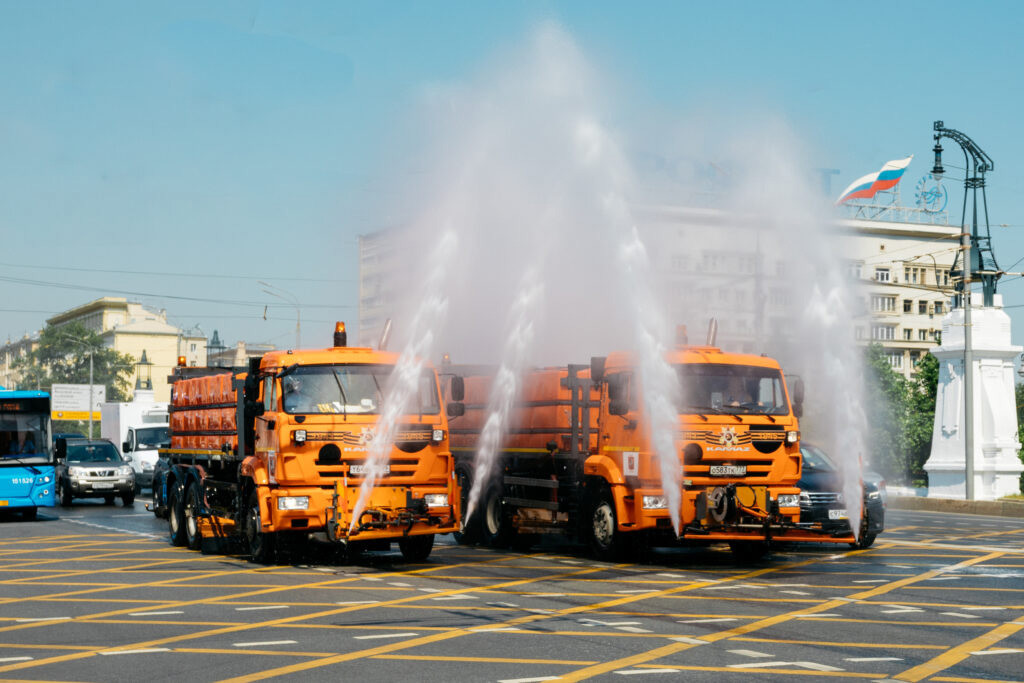