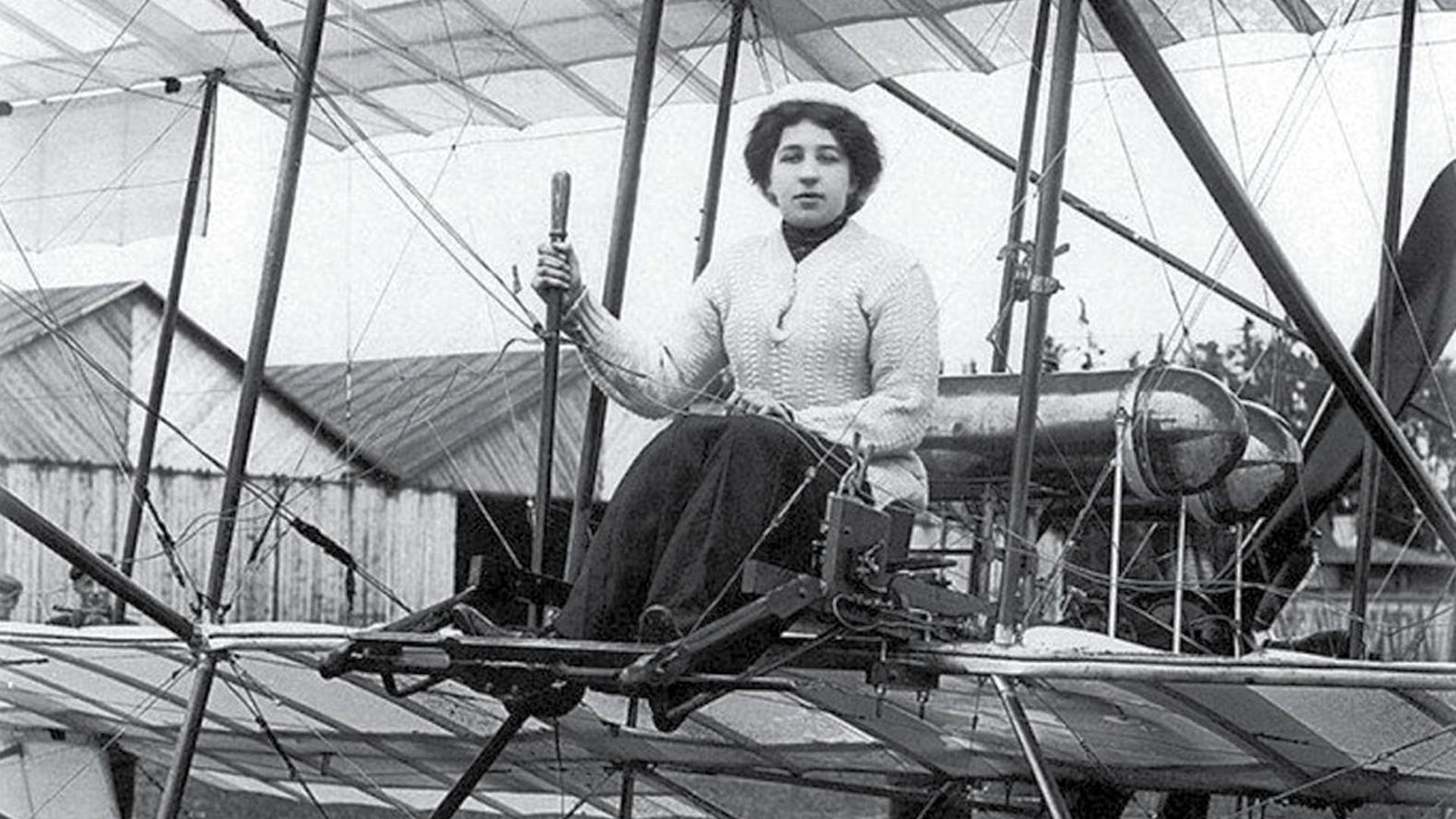 Karl Bulla/Central State Archive of Cinema, Photographic and Phonographic Documents in St Petersburg/russiainphoto.ru
Lydia Zvereva’s life could have been cut short by an air crash on many occasions. But, in the end, it was not flying that killed her.

“In showing Russian women the way into aviation, I invite them to follow me towards complete victory over the air,” said Lydia Zvereva, the first aviatrix (female aviator) in Russian history. In her short life, she became famous not only as a pilot, but also as an aircraft designer.

Dreams of the sky

The daughter of a Tsarist general, Lydia was obsessed with aviation from childhood. She was an avid reader of articles and books on aviation, took complex mechanical toys to pieces and could talk about balloons and flying machines for hours. She even made test “flights” by jumping from the roof of a barn with an umbrella.

“Even as a little girl, I was thrilled to bits to go up in balloons at the Osovets fortress and I built model airplanes at a time when no-one yet flew in Russia and the newspapers had only just begun to occasionally report news of successes by foreign designers,” Zvereva recalled.

Lydia was not frightened in the slightest by the fact that in the early 20th century, aviation was at the very beginning of its development and flying was a potentially deadly affair. The fragile, unreliable airplanes easily flipped over and crashed in high winds, claiming the lives of dozens of aviators around the world every year. 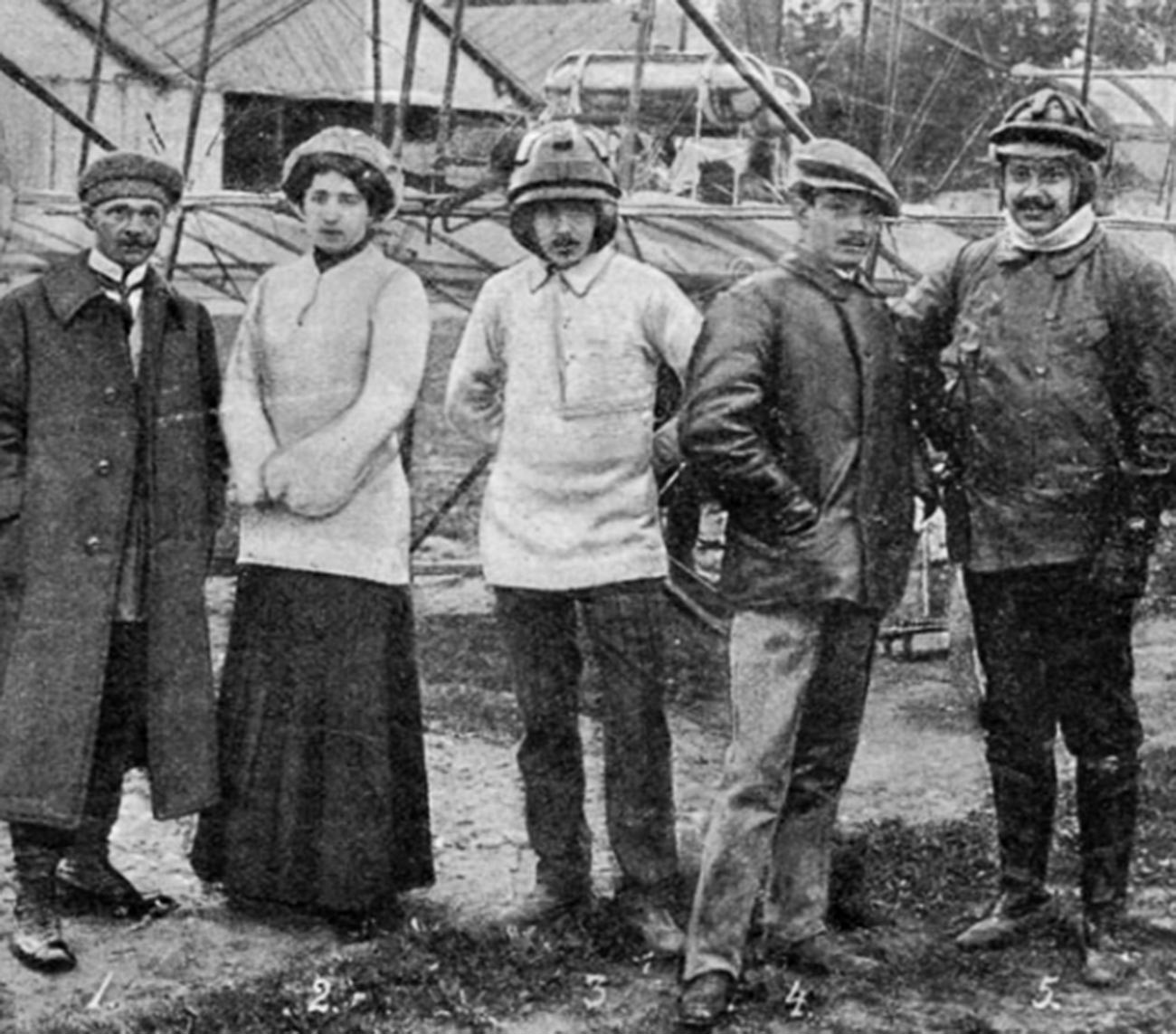 Lydia Zvereva with students and instructors of the Gamayun private flying school.

Nevertheless, Lydia Zvereva enrolled at the Gamayun private flying school outside St. Petersburg. Local newspapers wrote about the first woman who was going to learn to be a pilot, referring to her as ‘Miss Z’ out of respect for her privacy.

“Zvereva was a brave and decisive pilot and I remember how her skilful flying, including at high altitudes, attracted everyone’s attention. And, at the time, not everyone would risk going up to high altitudes,” recalled a fellow student, Konstantin Artseulov. 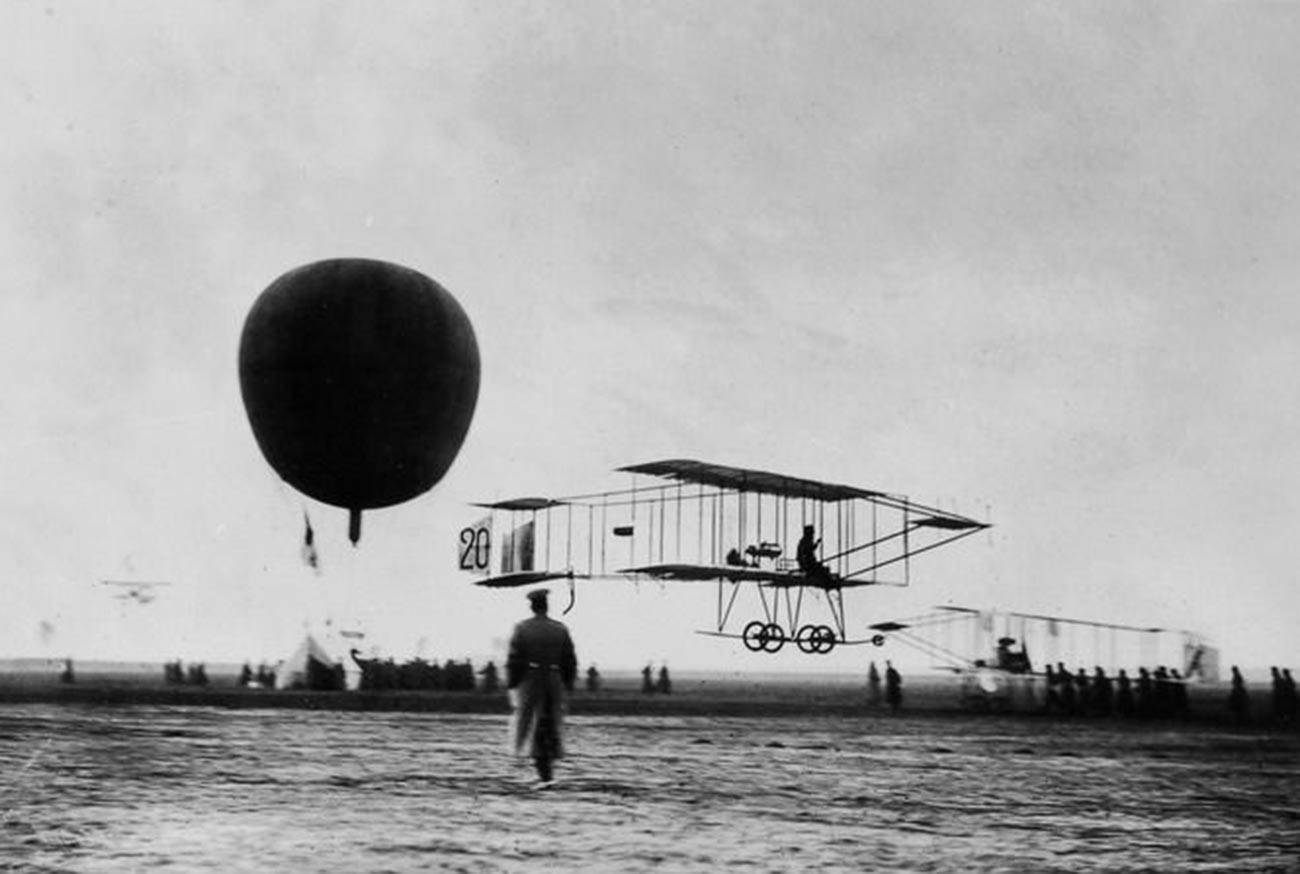 Lydia had several serious accidents, but she always got off with minor scratches. As a result, on August 23, 1911, having passed all the necessary exams, the 21-year-old ‘Miss Z’ received pilot-aviator certificate No 31, the first earned by a woman in the whole of the Russian Empire.

In 1912, Lydia Zvereva, along with her husband, a pilot named Vladimir Slyusarenko, were making a living out of giving demonstration flights. They took part in an aviation week in Baku and performed in Tiflis (Tbilisi), where the aviator flew in difficult meteorological conditions. 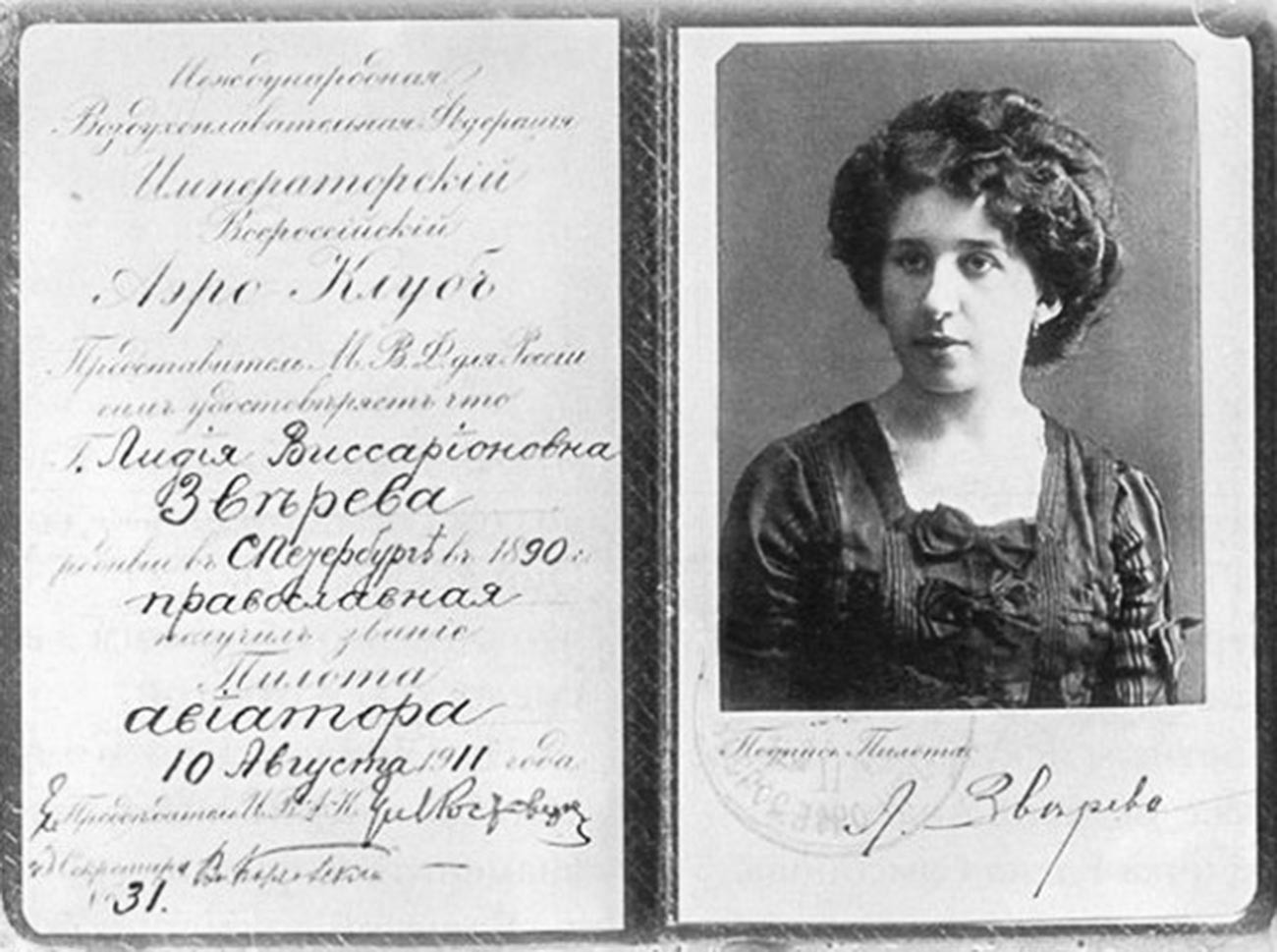 When Zvereva went to Riga, the trip almost proved to be her last. During a demonstration flight, the wind started pushing her Farman towards the stands. On trying to gain altitude, she found herself in an even stronger patch of wind, which ended up flipping over the plane. On impact with the ground, the aviator was thrown forward and pinned under wreckage. “I’m barely alive,” she wrote in a letter soon afterwards. “I almost broke my leg when I came down. It still feels painful now. My lungs are quite bad. The doctors are insisting I go on a trip to the south come what may, but I want to fly. They’re predicting galloping consumption if I don’t take their advice. That’s the aviator’s life for you!”

Despite the accident and, perhaps, because of it, Zvereva’s displays were extremely popular. The couple were invited to remain in Riga, an offer they gladly accepted. The large Baltic town was the center of Russian aviation at this time. In particular, the country’s first aircraft engines were being made here. 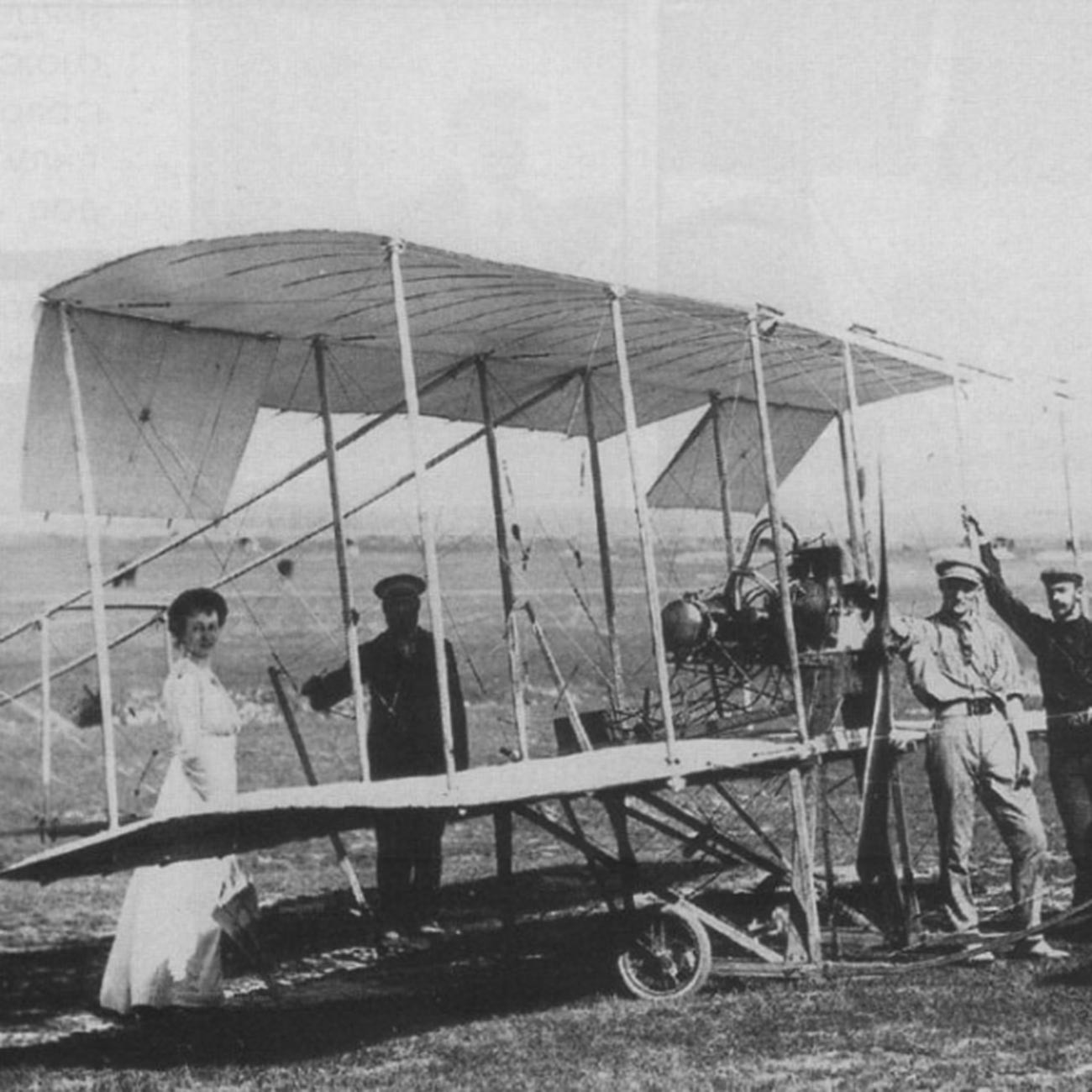 In 1913, the couple opened their flying school in Riga. The cost of lessons was the lowest in the Empire. Apart from this, they organized an aircraft repair and construction workshop in which Zvereva, as aircraft designer, worked to improve airplanes designed in Western countries. With her exceptional abilities, Zvereva was invited to work in Austria-Hungary, but she decided to stay at home.

Lydia Zvereva’s teaching and design work did not make her the least bit more careful. Russia’s first female aviator continued flying as intensively as before, risking her life in the process. 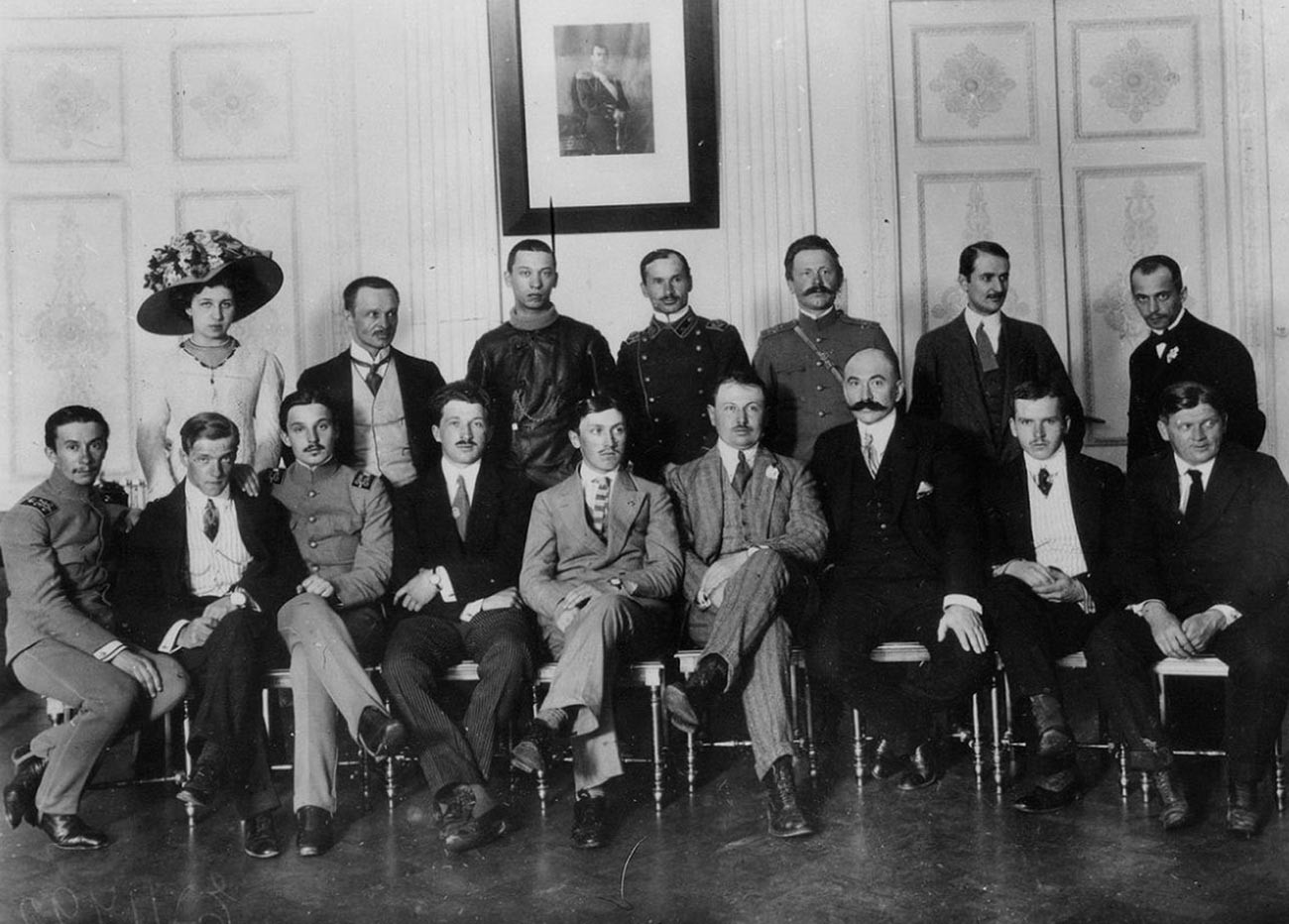 She even decided to “loop the loop” in the sky, albeit as a passenger. The flight took place in a Morane monoplane on May 19, 1914, with experienced pilot Evgeny Spitzberg at the controls.

“The Morane was rapidly gaining altitude - 500, 600, 700 meters,” wrote the Rizhsky Vestnik newspaper. “At 800 meters, the airplane abruptly went dead in the air and made a downward dive. ‘Oh!’ exclaimed the spectators gathered below with almost one, involuntary voice. But, a few seconds later, the growl of the engine could be heard again and the airplane shot up and traced a ‘loop’. The spellbound crowd burst into applause. And, a few moments later, the plane made a graceful spiral as it glided towards the stands. ‘Bravo! Bravo!’ could be heard from all directions…” The first pilot in the world to perform this advanced aerobatic maneuver, Pyotr Nesterov, expressed his admiration for Zvereva. 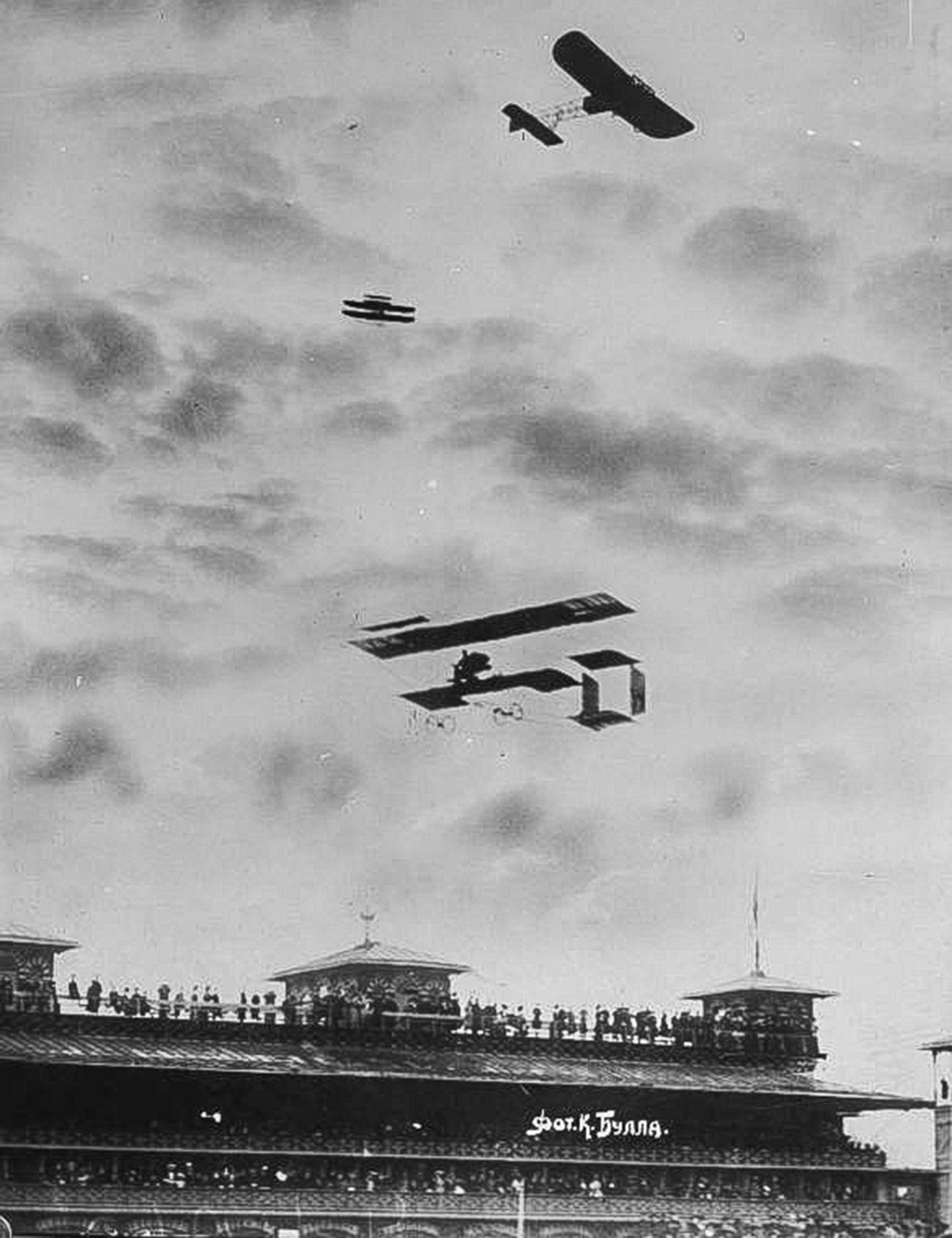 With the outbreak of World War I, the couple’s aircraft workshop was evacuated to Petrograd (as St. Petersburg was then known). It essentially became a real factory, employing 300 people to fulfil orders for the military.

Lydia Zvereva was not destined to see the end of the world conflict. Having defied death in the air on numerous occasions, she died of typhoid fever on May 16, 1916, at the young age of 26. The aviator was accompanied on her last journey by her friends and pupils overflying the Alexander Nevsky Monastery in Petrograd in their Farmans during the funeral.