The mysterious death of Dmitry, Ivan the Terrible's last son 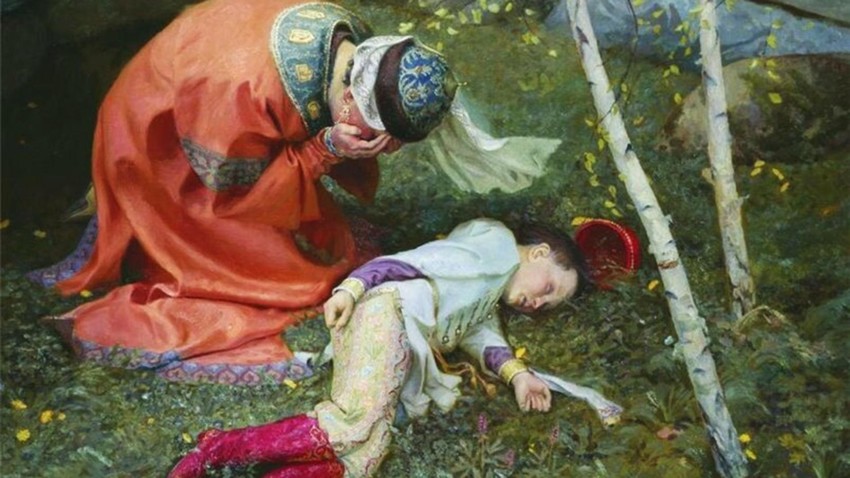 Sergey Blinkov
This boy lived only 8 years. In fact, he became more famous in death than he ever was in life.

As the casket was opened, an extraordinarily pleasant fragrance filled the air in the church as the spectators saw the body of a boy untouched by decay. His right hand was clutching a handful of walnuts. The people were in awe, for this also proved that Dmitry of Uglich indeed died in 1591, and his impersonators, like False Dmitry I, were impostors.

But let’s rewind to a few days before the event. It was 1606, and the Russian land was going through a period known as the Time of Troubles. Filaret, the Metropolitan of Rostov (1553-1633), was sent by Tsar Vasiliy Shuisky to the town of Uglich. He was to take the body of Ivan the Terrible’s last son, Dmitry Ivanovich (later known as Dmitry of Uglich) to Moscow. 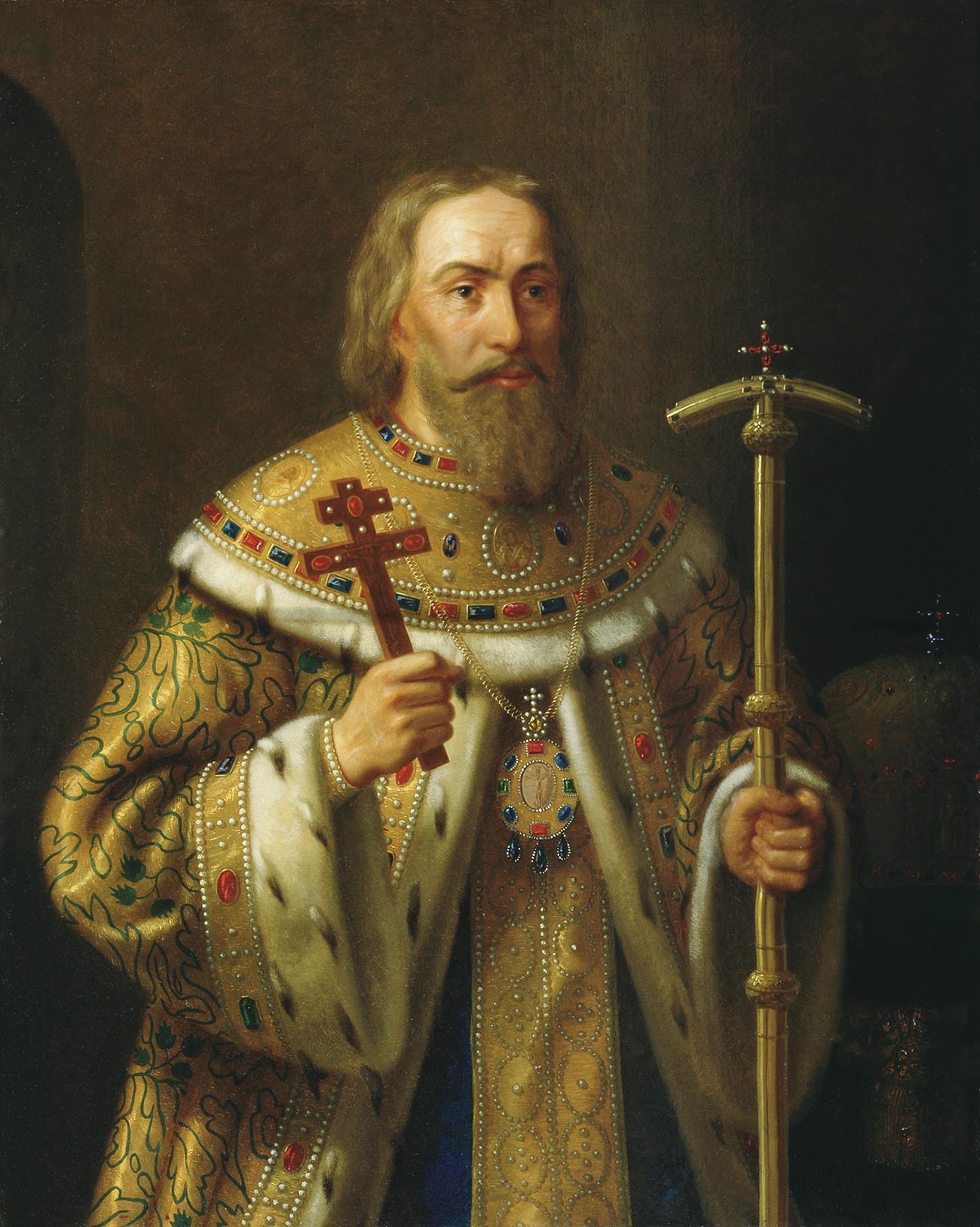 Dmitry’s relics were transported to Moscow and interred in the Arkhangelsky Cathedral in the Moscow Kremlin. There, they were proclaimed as being untouched by decay. Rumors went around that the relics were miracle-working, and people started flocking to the cathedral, hoping to heal their diseases. But after somebody died right near Dmitry’s tomb under uncertain circumstances, access to the relics was restricted.

When Maria Nagaya (1553-1611), Ivan the Terrible’s last wife, saw the actual remains on their arrival to Moscow, she stayed speechless for several hours, and only when the casket was closed did she confirm that it was her son’s body. This produced reasonable doubts as to the genuine nature of the remains.

There were rumors that, upon his arrival to Uglich, Metropolitan Filaret killed a 10-year old boy named Roman, and placed his body in the casket to make it look like the Tsarevich’s remains were “blessed,” untouched by decay. 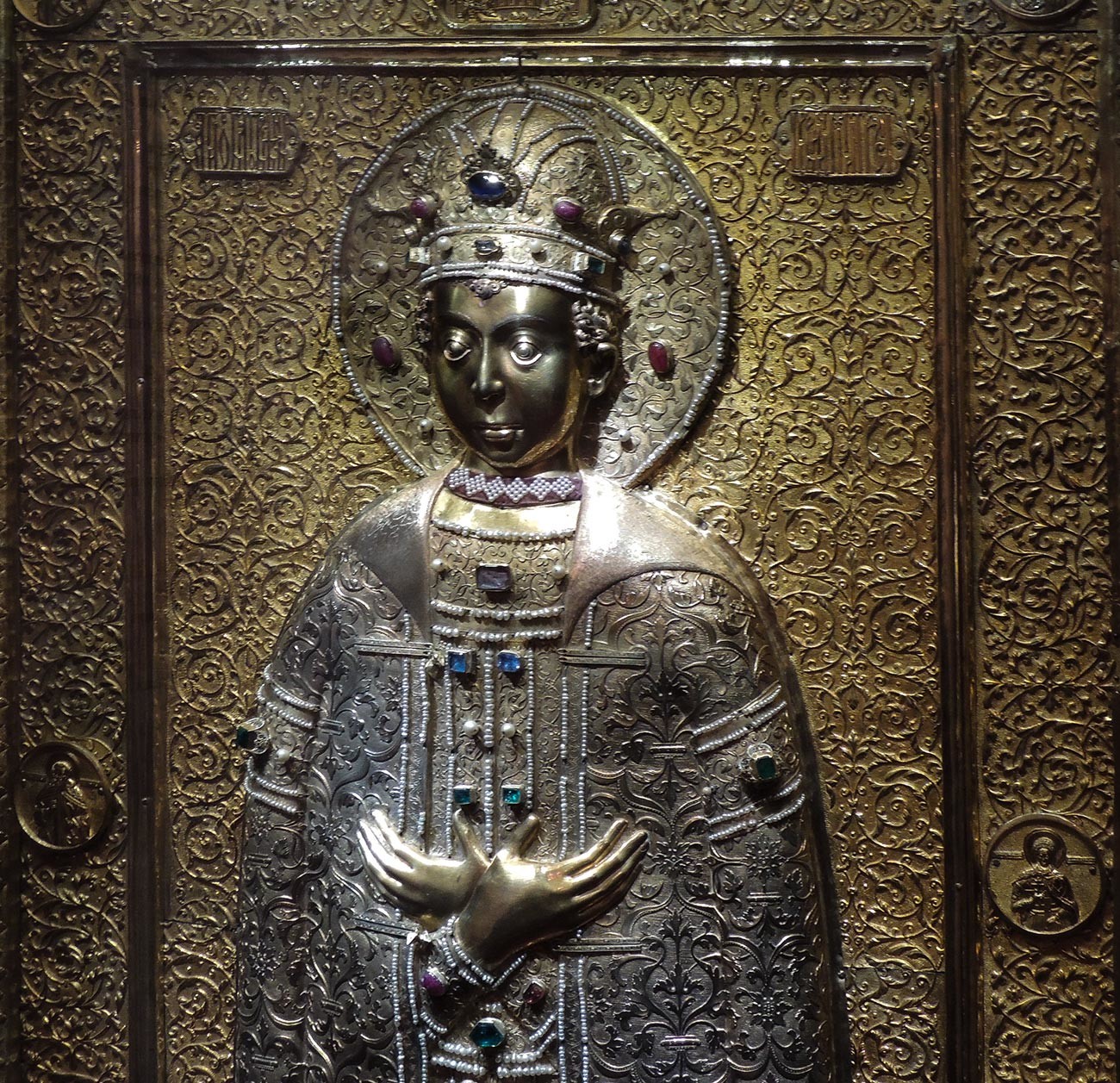 The upper side of Dmitry's casket in the Arkhangelsky Cathedral, Moscow Kremlin

By the way, Filaret’s given name was Fyodor Romanov – he was the father of Mikhail Fyodorovich, the man who in 1613 would become the first Tsar of the Romanov dynasty. So, Filaret also acted in his own interest With Dmitry’s body in Moscow, all the impostors who tried to pose as him would be proven wrong and wouldn’t stand in the way of Filaret’s family taking power.

But who was Dmitry and why was he so important? And how did he die? 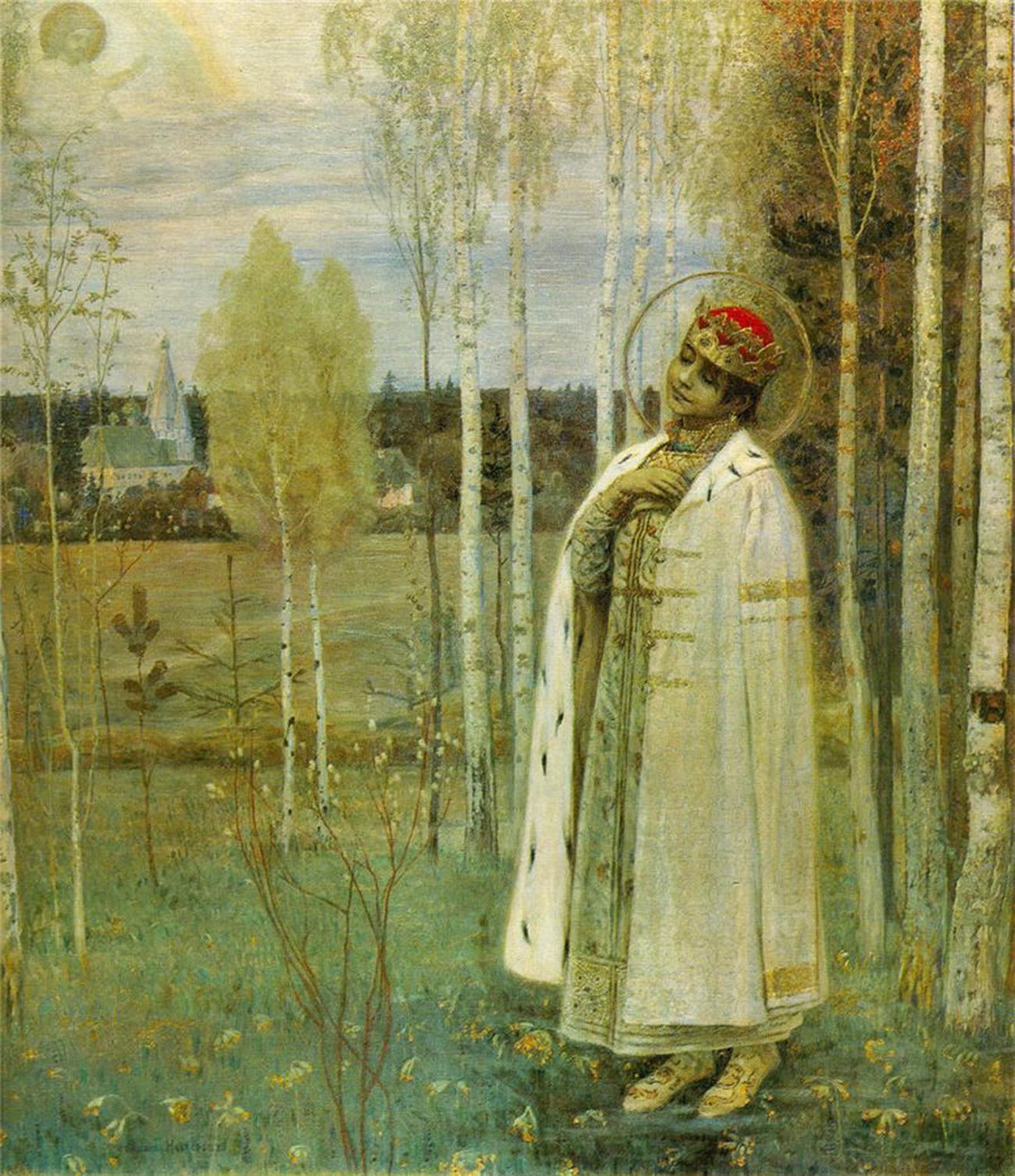 Dmitry Ivanovich, the last son of Ivan the Terrible, was a full namesake of his first ever son, Dmitri Ivanovich (October 1552 – 26 June 1553), who was also the first ever Tsarevich (heir apparent) to the Russian throne. Naming your son after his dead half-brother was something Russians never did, in fear of bad luck. What reason could Ivan possibly have for such a transgression?

Dmitry’s mother, Maria Nagaya, was Ivan the Terrible’s sixth (or seventh) wife, whom he married in 1580, being 23 years her senior. According to Russian Orthodox law, this marriage was illegitimate and children born of such union were considered bastards.

Tsarevich Ivan died in 1581, and a widespread myth claims that his father was responsible, but there’s little to no evidence of that. Anyway, Tsar Ivan IV then had enough on his plate as it was: Fyodor was stricken with a mysterious illness, and without a healthy heir, the Rurikid dynasty would cease to exist. In October 1581, Maria gave birth to Dmitry – in the same month the older Dmitry was born in 1552. Ivan probably placed all his hopes in the boy. He was his last heir, as unlawful as he was.

Death of a cruel child 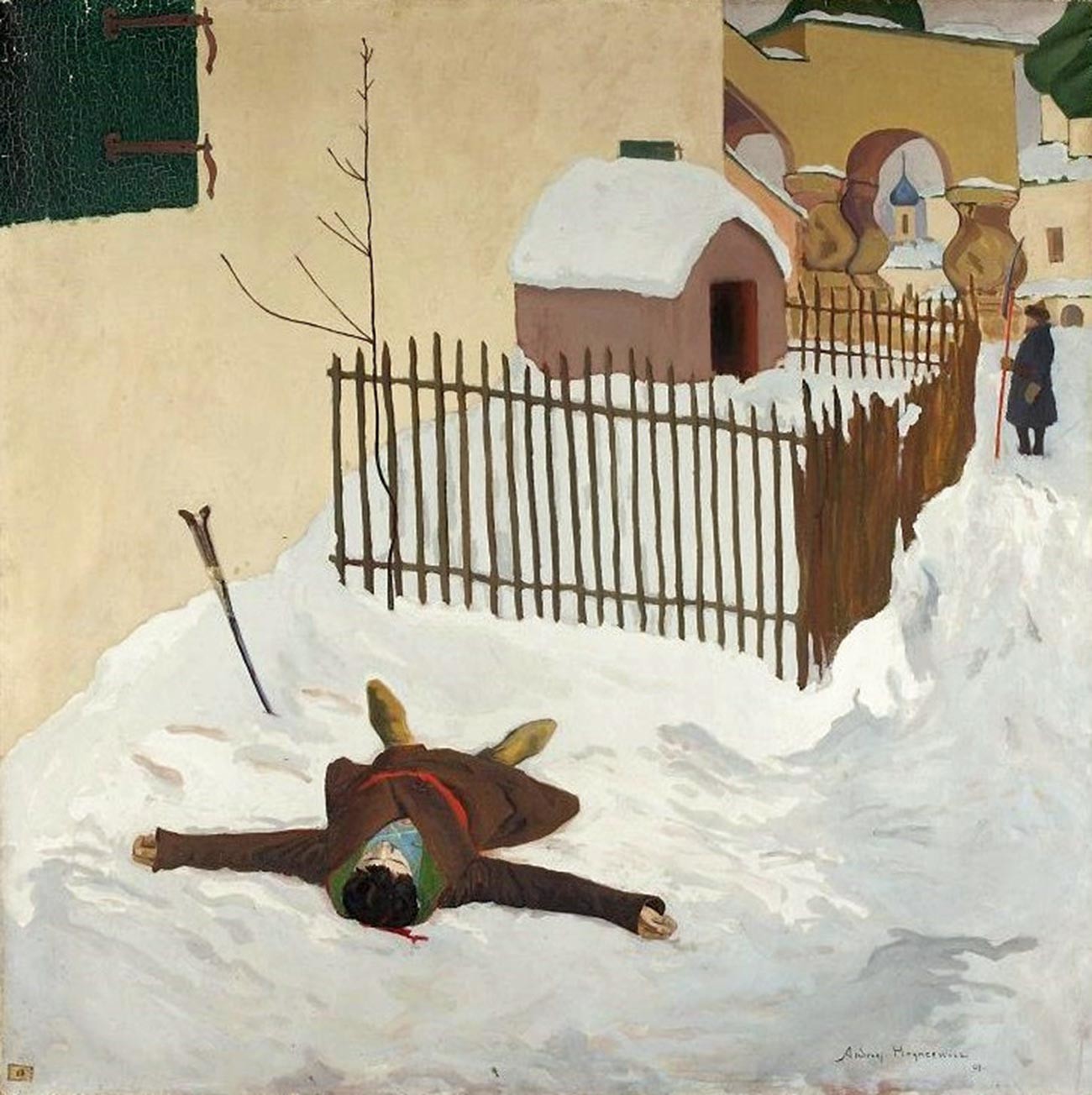 When Ivan died in 1584, Fyodor, who became the next Tsar, didn’t acknowledge Dmitry as the heir. He was treated as a tsar’s son born out of wedlock, or bastard. Dmitry and his mother were sent away from Moscow to Uglich. English diplomat Jerome Horsey wrote that “the ex-tsarina was accompanied by her retinue, and packed dresses, jewelry, food, horses, etc.” In Uglich, little Dmitry lived as a local Prince. Fyodor also sent a d’yak (a high-ranking civil servant) Mikhail Bityagovskiy to supervise the actions of Dmitry and his mother.

Contemporaries noted Dmitry’s unusually cruel personality. The English ambassador to Russia, Giles Fletcher wrote: “At a young age, all the qualities of his father begin to be revealed in him. He finds pleasure in watching sheep and livestock in general being slaughtered, in seeing a throat cut open and blood flowing from it (whereas children are usually afraid of it), and in battering geese and chickens with a stick until they die.”

Dmitry was found dead on May 15 (May 25, New Style) 1591, in the courtyard of his palace in Uglich, with a wound to his throat. There was nobody around at the moment, and no witnesses of what had happened. 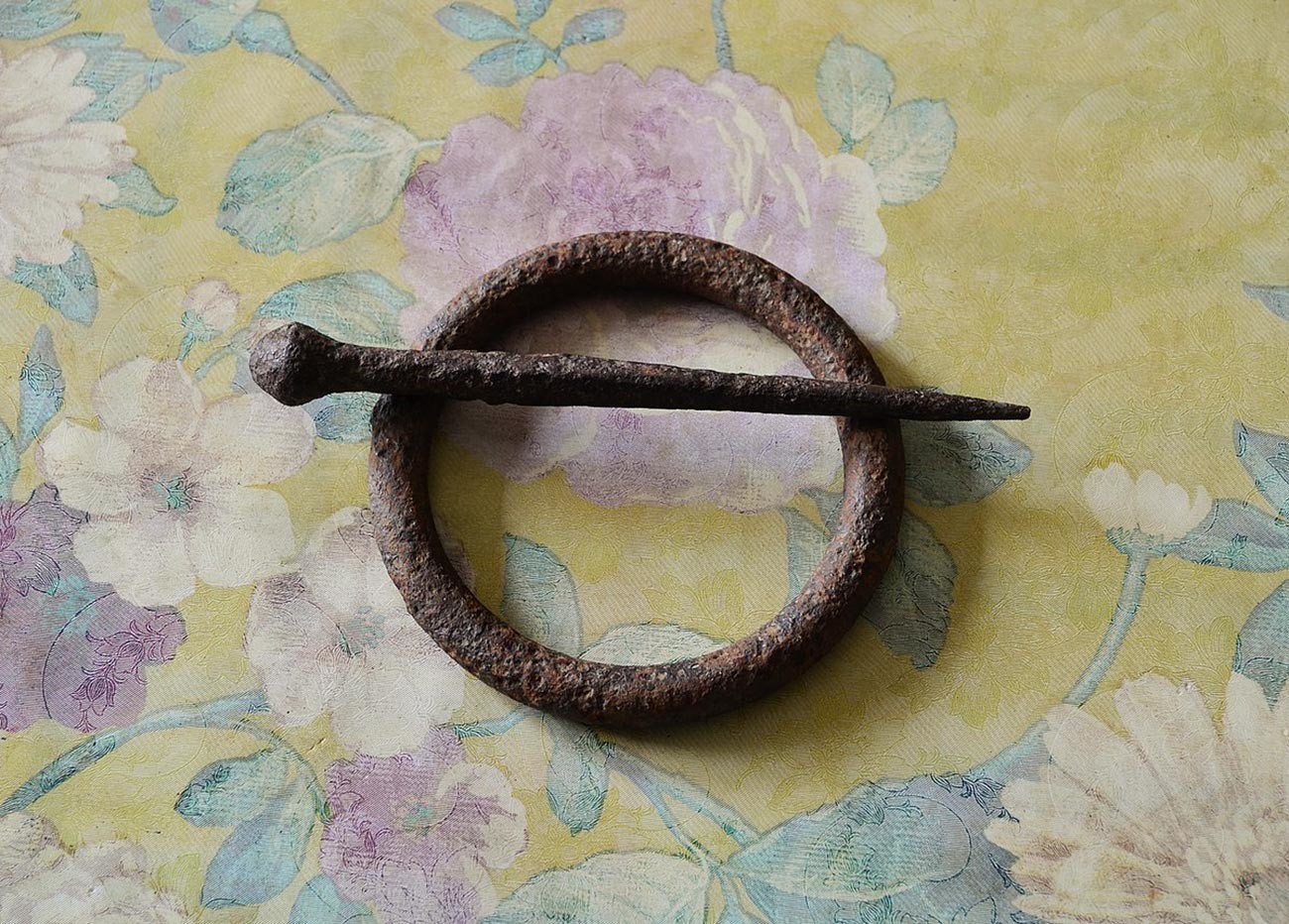 The ring and the rod for playing svayka

The last time Dmitry was seen alive, he was playing svayka, a traditional Russian game where you have to stick sharp metal spikes in the ground. Playing with him were two other boys, the sons of Maria court ladies. His nannies and a wet nurse were somewhere nearby at the time, but claimed they said they didn’t see what happened. Apparently, somebody or something stabbed Dmitry’s throat with a spike.

Minutes later, Dmitry’s body was found. Maria ran from her palace to the yard, and upon seeing the body, started battering Vasilisa Volokhova, Dmitry’s nanny, with a wooden rod. Meanwhile, Arina Tuchkova, the wet nurse, suspected that Dmitry could have wounded himself during a sudden epileptic seizure. 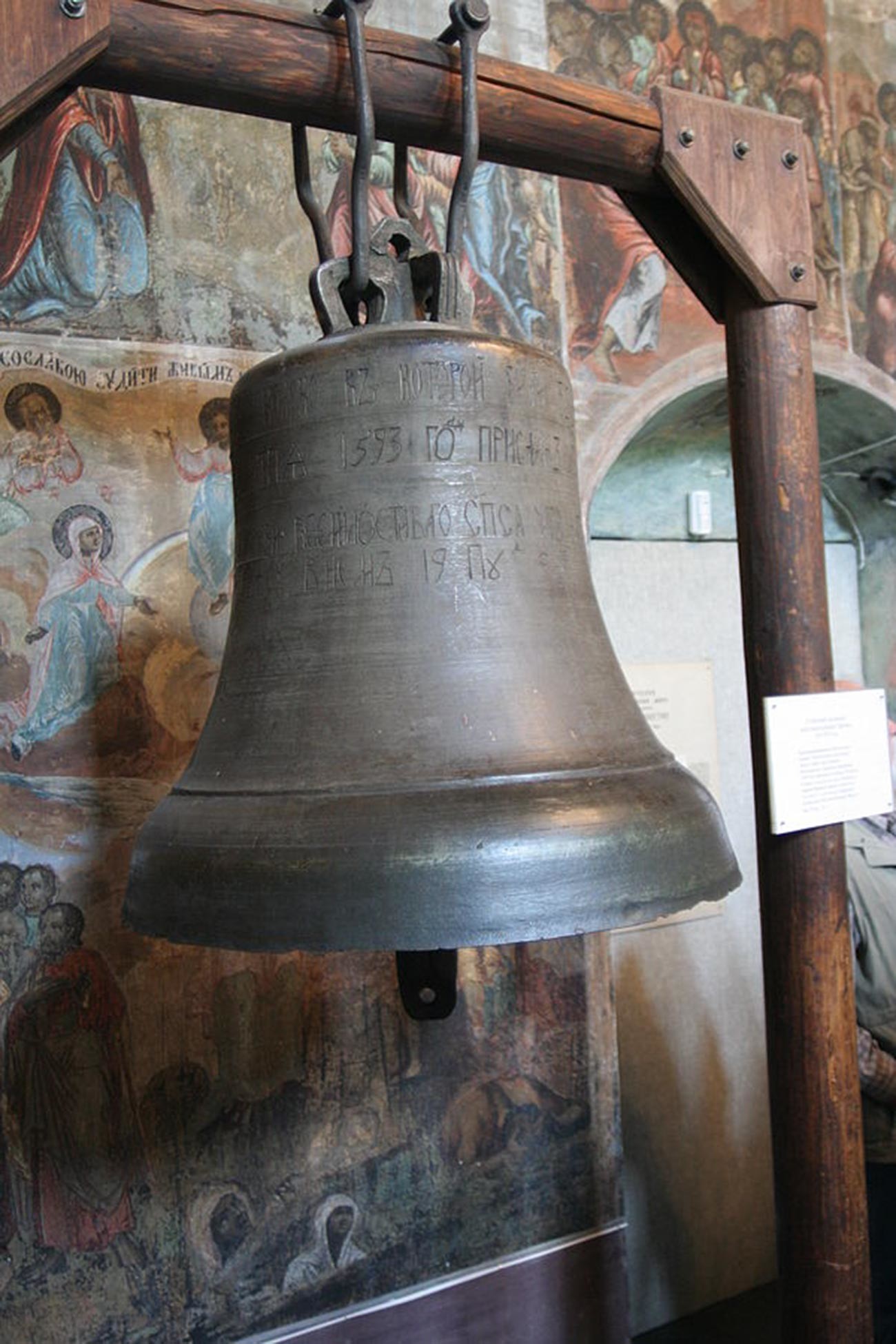 The tocsin bell that summoned the people of Uglich after Dmitry's death and was later exiled to Siberia.

Upon learning of Dmitry’s death, the Uglich people rang their tocsin bell, and a crowd quickly gathered. Maria, still in a catatonic frenzy, named several people who she believed killed the Tsarevich. They were Osip Volokhov (the son of Dmitry’s nanny), Danila Bityagovskiy (son of d’yak Mikhail) and Nikita Kachalov, who were in Uglich to watch over Dmitry as Mikhail’s associates. Although, apparently, none of these people were present in the courtyard when Dmitry was killed, the crowd mauled and killed them on the grounds that they were sent from Moscow by Boris Godunov, who, in fact, ruled the country as the brother-in-law of Tsar Fyodor.

The Tsarevich’s body was taken to the local church. Four days later, a hastily gathered investigative committee from Moscow arrived, with Vasiliy Shuisky heading it. 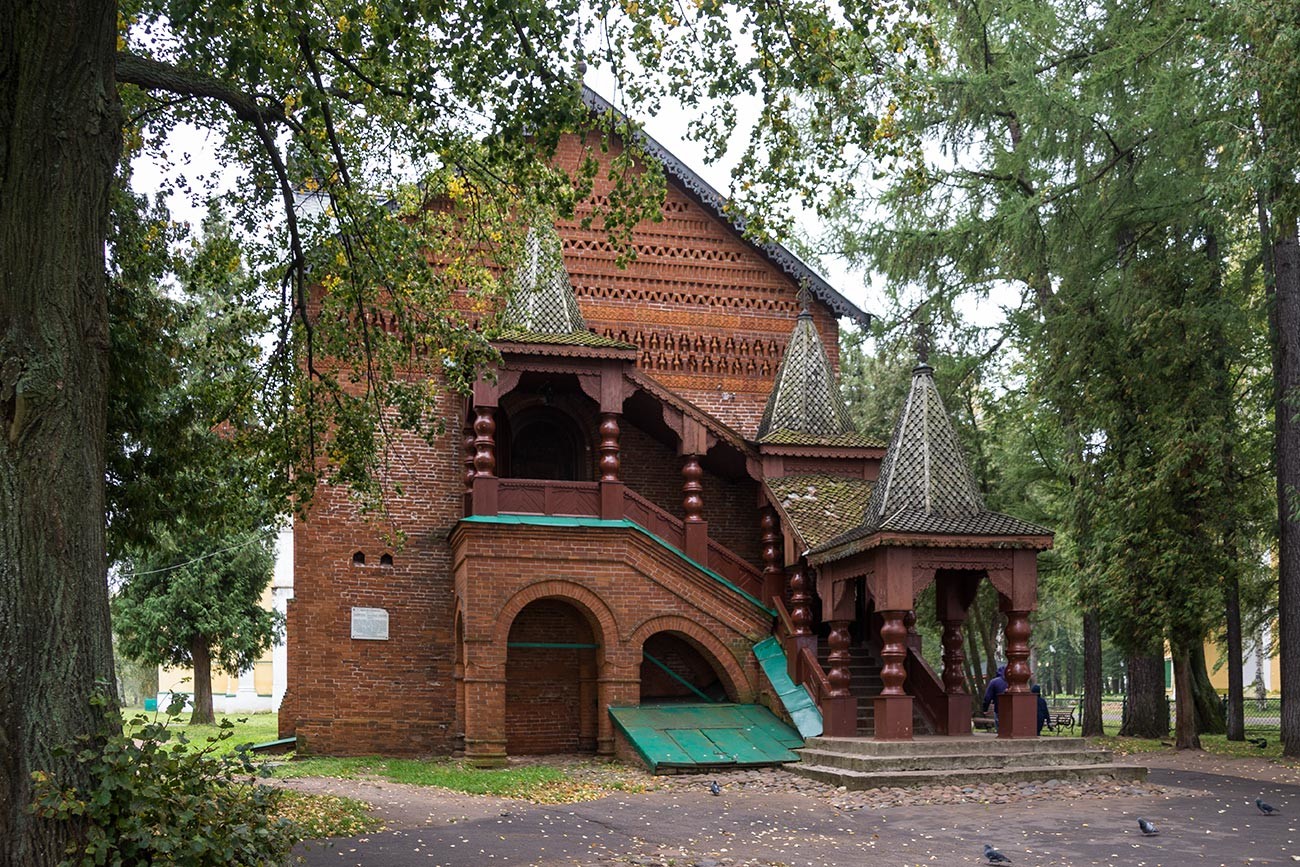 The palace in Uglich where Dmitry lived before his death.

What ensued has become known as the ‘Uglich Case’. The commission interrogated over 150 people in the city, including those participating in the murder of the Moscow servicemen dispatched to watch over Dmitry. The committee’s main goal was to disproveMaria’s claim that Kachalov and the Bityakovskis were sent to kill Dmitry.

Immediately after the investigation, Shuisky reported to Moscow that Dmitry was mortally wounded while playing svayka. He also pressured Maria into admitting that the killing of the Moscow servicemen was unlawful and instigated by her actions. She was then tonsured as a nun and sent to Beloozero monastery. Her family, along with many Uglich people, was exiled to Siberia. Many other Uglich residents faced execution.

However, in 1606, after Metropolitan Filaret brought Tsarevich’s body to Moscow, Vasiliy Shuisky, who was then Tsar, swore that, indeed, it was Boris Godunov’s people who killed Dmitry in 1591. Maria Nagaya, in 1606 – already known by her monastic name Martha, was made to accept this version also and concede that it was her son in the casket. 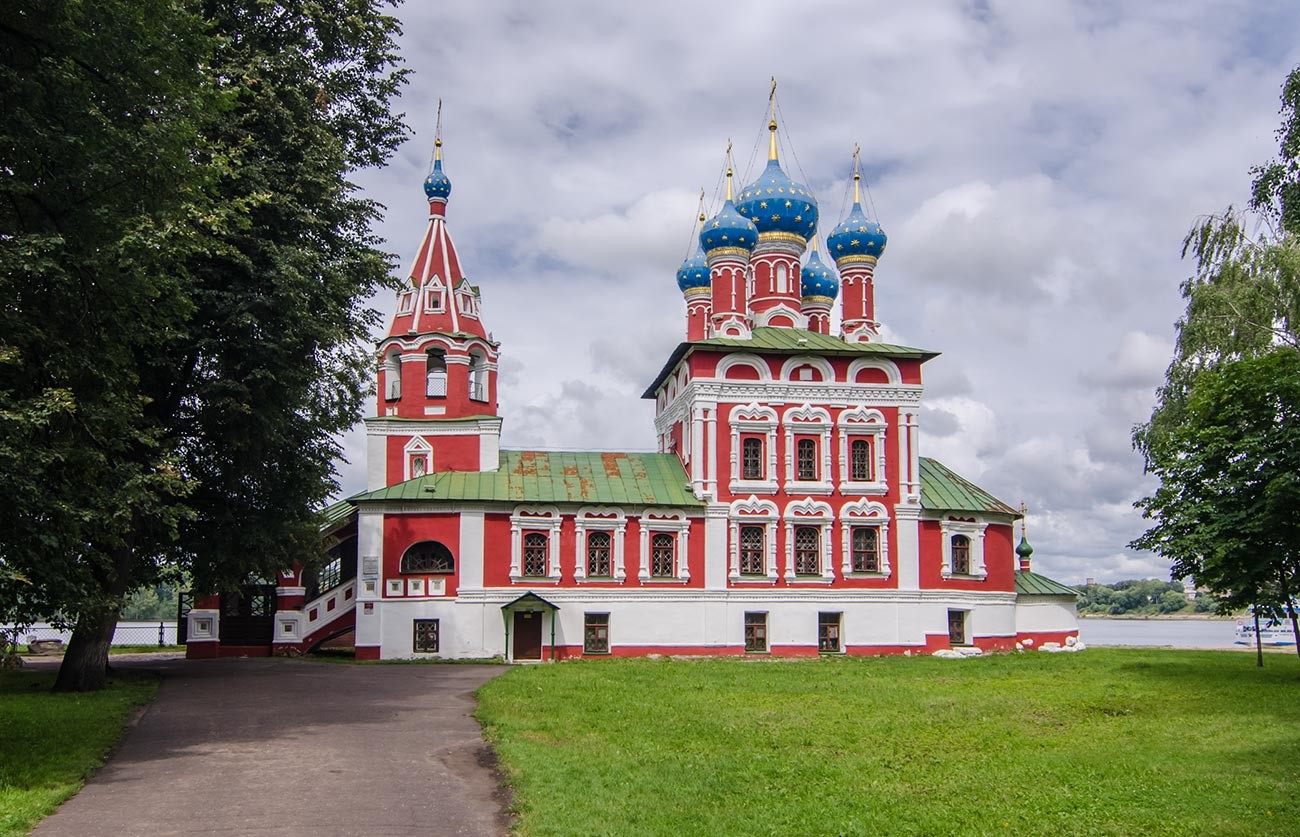 Church of St. Demetrius on Blood in Uglich (17th century) marks the place where Dmitry was killed.

This version remained the official one, and when in 1613 the Romanovs came to power, they accepted it also. However, Russian historians of the 19th and 20th centuries, including greats like Sergey Platonov and Ruslan Skrynnikov, argue that Dmitry wasn’t murdered and that the first investigation of 1591 was correct.

The main reason to support this claim is that, if Boris Godunov wanted to kill Dmitry, he could have done it in a much more clandestine way, such as by poisoning him. Ivan the Terrible and his son Ivan were most likely poisoned, so it was a common way of getting rid of political opponents – instead of killing them in broad daylight.

On the other hand, there were no accounts of Dmitry ever suffering epileptic seizures before. What is more, a person having a seizure is unable to hold anything in their hands, rendering them incapable of self-inflicting wounds. Ivan Krylov (1906-1996), a Soviet specialist in the field of criminology and forensic examination, argued that most probably, one of the boys who played with Dmitry accidentally wounded him with a metal spike and immediately ran off in terror. The Uglich Case remains a subject of debate to the present day.