How World War II began for the USSR (PHOTOS) 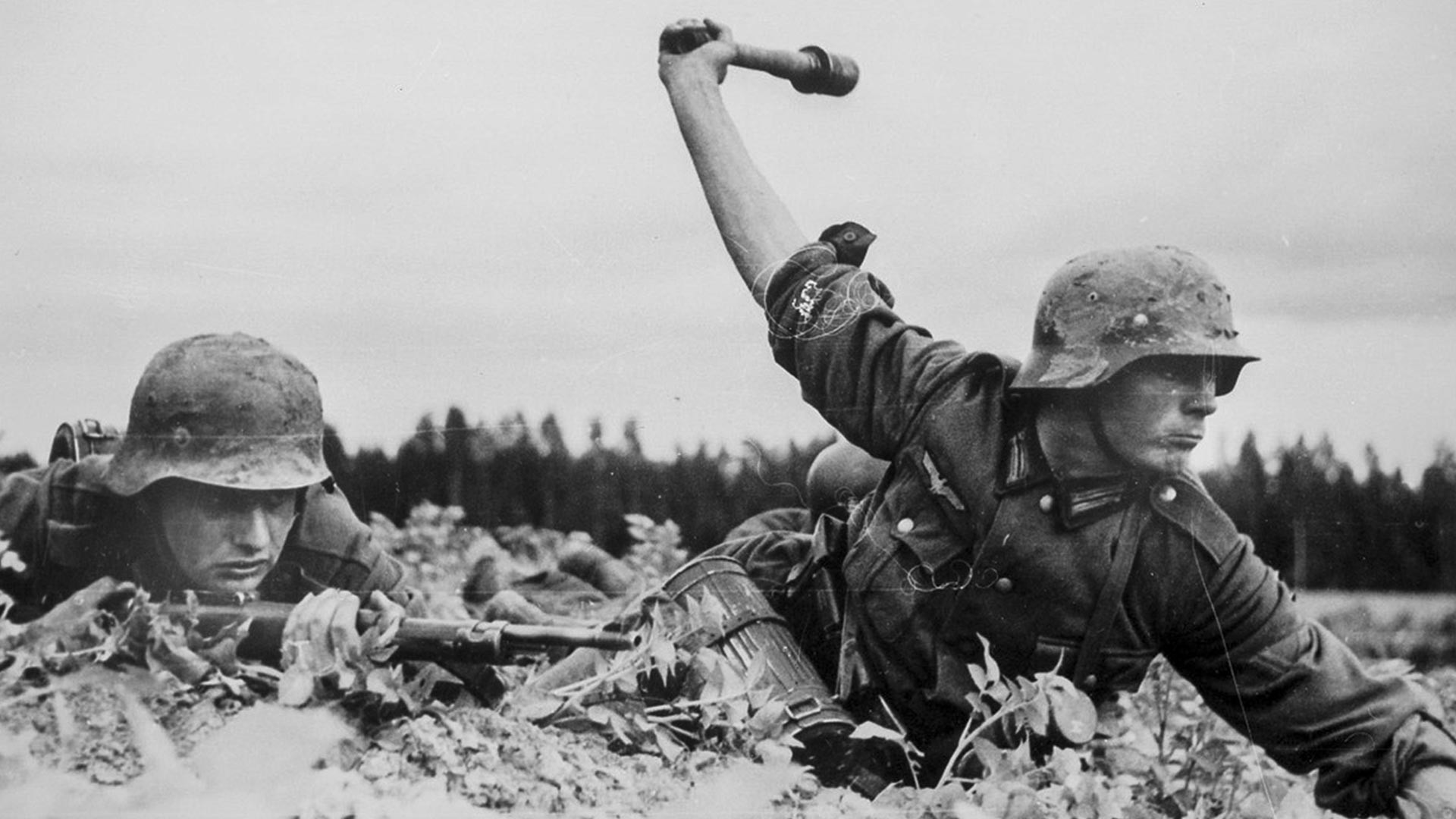 Archive photo
On June 22, 1941, most Soviet citizens were confident that the Red Army would defeat the Nazis in a matter of months. However, disillusionment set in very quickly.

“Our troops’ offensive seemed to come as a complete tactical surprise to the enemy on the entire front. The border bridges across the Bug and other rivers were seized everywhere without a fight and no damage. The total unexpectedness of our attack was evidenced by the fact that the units in the barracks were caught unawares, planes were on the airfields covered with tarpaulins, and the vanguard elements attacked by our troops had to ask the command for instructions..." This is how the chief of the General Staff of the German Ground Forces, Franz Halder, described the Wehrmacht's invasion of the Soviet Union in the early morning of June 22, 1941, in his diary. 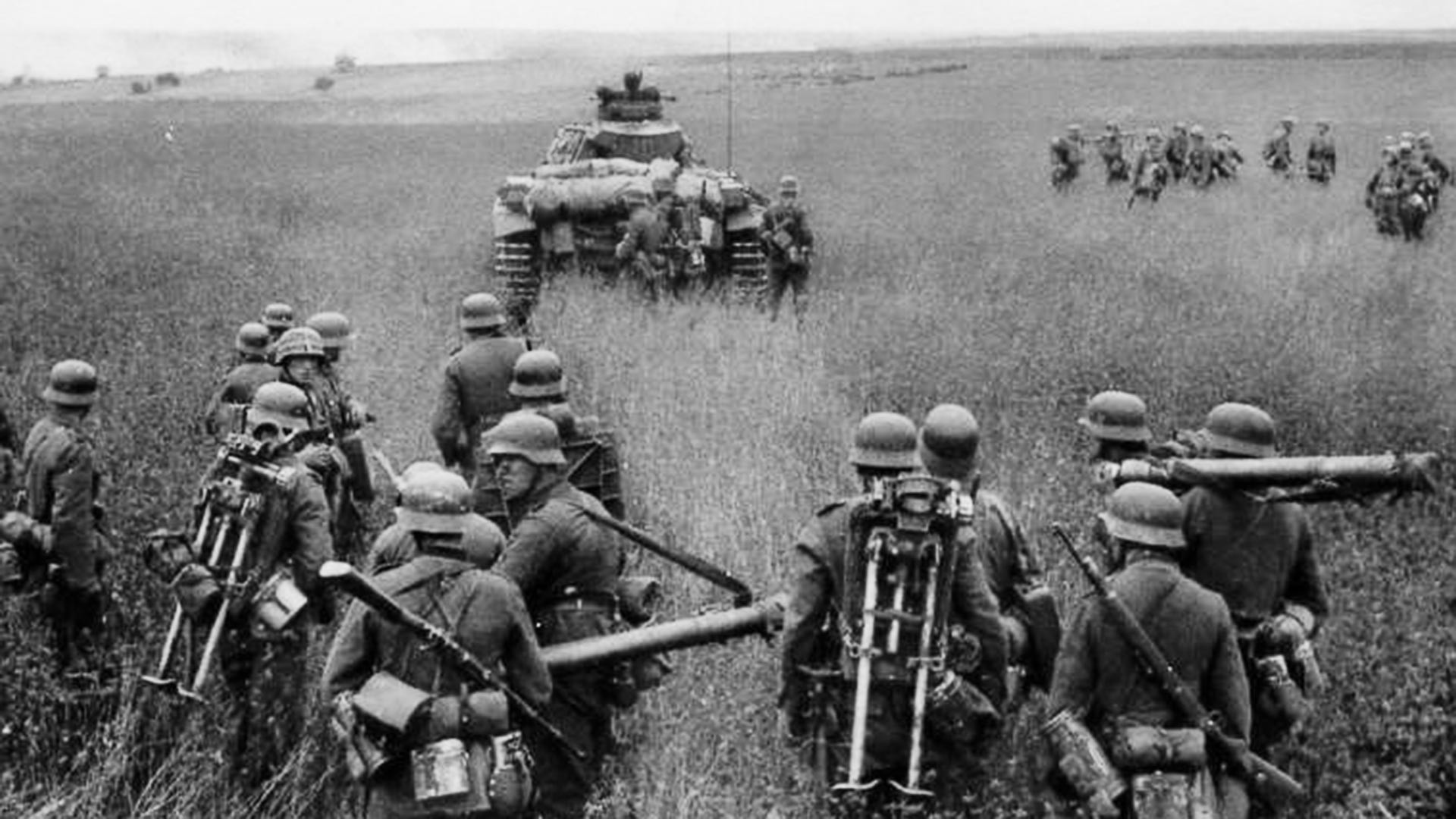 Despite the fierce resistance of the Soviet border guards and the Red Army’s counterattacks, the German troops, backed by their Romanian allies, rapidly advanced deep into Soviet territory. The first enemy strike was against the Brest Fortress, located on the border. “The children and I were awakened early in the morning by a terrible roar,” recalled Anastasia Nikitina-Arshinova: “Shells and bombs were exploding, shrapnel was screeching. I grabbed the children and ran out into the street barefoot. We barely had time to grab some clothes. Terror gripped the streets. Planes circled over the fortress and dropped bombs on us. Women and children were rushing around in panic, trying to escape. Lying in front of me were the wife of a lieutenant and her son – both had been killed by a bomb.” 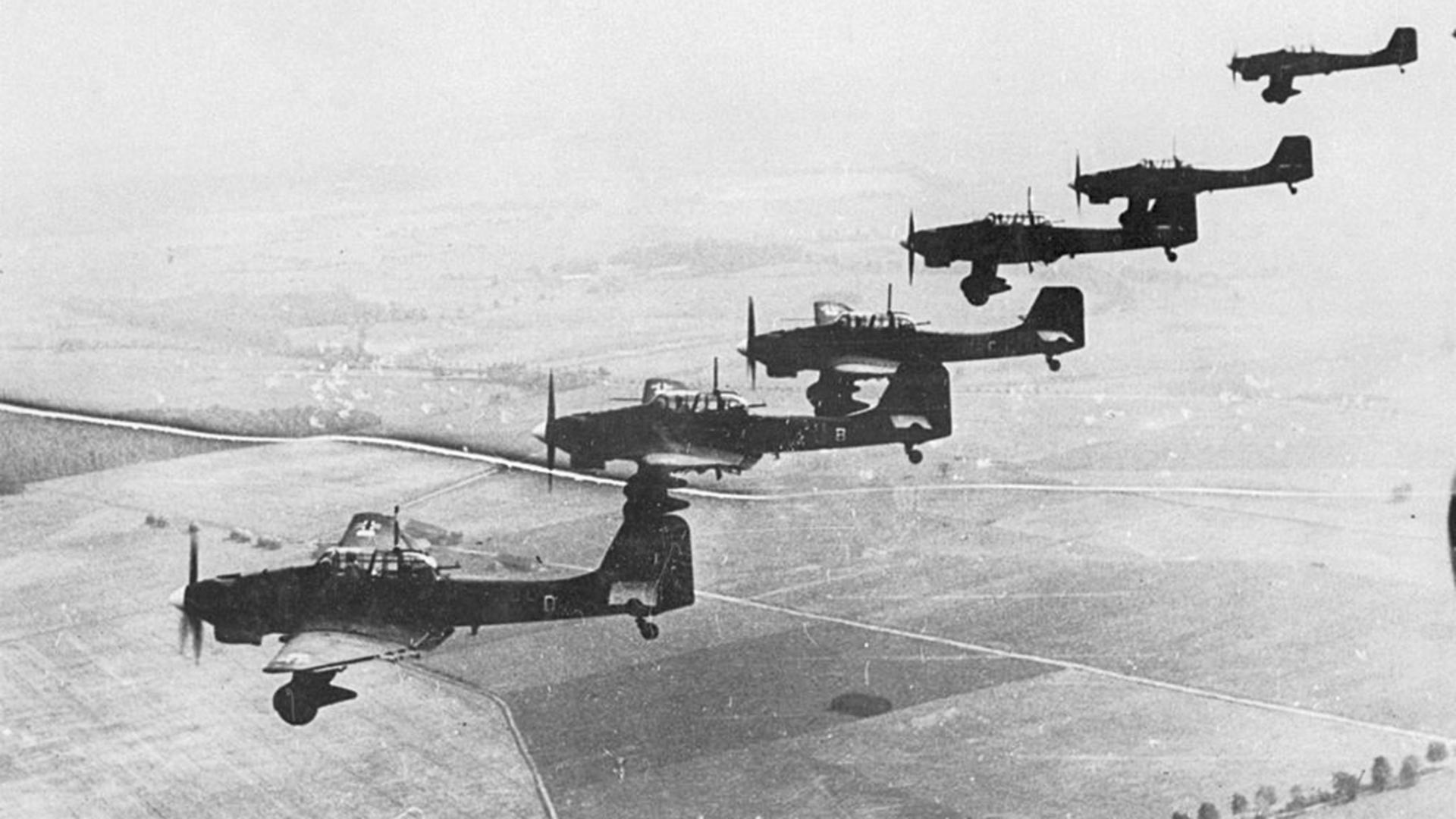 Twelve-year-old Pyotr Kotelnikov was a cadet in the musical platoon of the 44th Infantry Regiment when the Brest Fortress came under attack: “We were woken up in the morning by a shattering blow. The roof was smashed. I was dazed. I saw the wounded and dead, and realized this wasn’t an exercise, but war. Most of the soldiers in our barracks were killed in the first few seconds. I followed the adults rushing to get weapons, but they wouldn’t give me a rifle. Then I raced off with a Red Army soldier to extinguish a fire at the clothing depot. After that I went with the soldiers to the cellars of the barracks of the neighboring 333rd Rifle Regiment... We helped the wounded, brought them ammunition, food and water. At night, we made our way through the western wing to the river to get water and back again.” 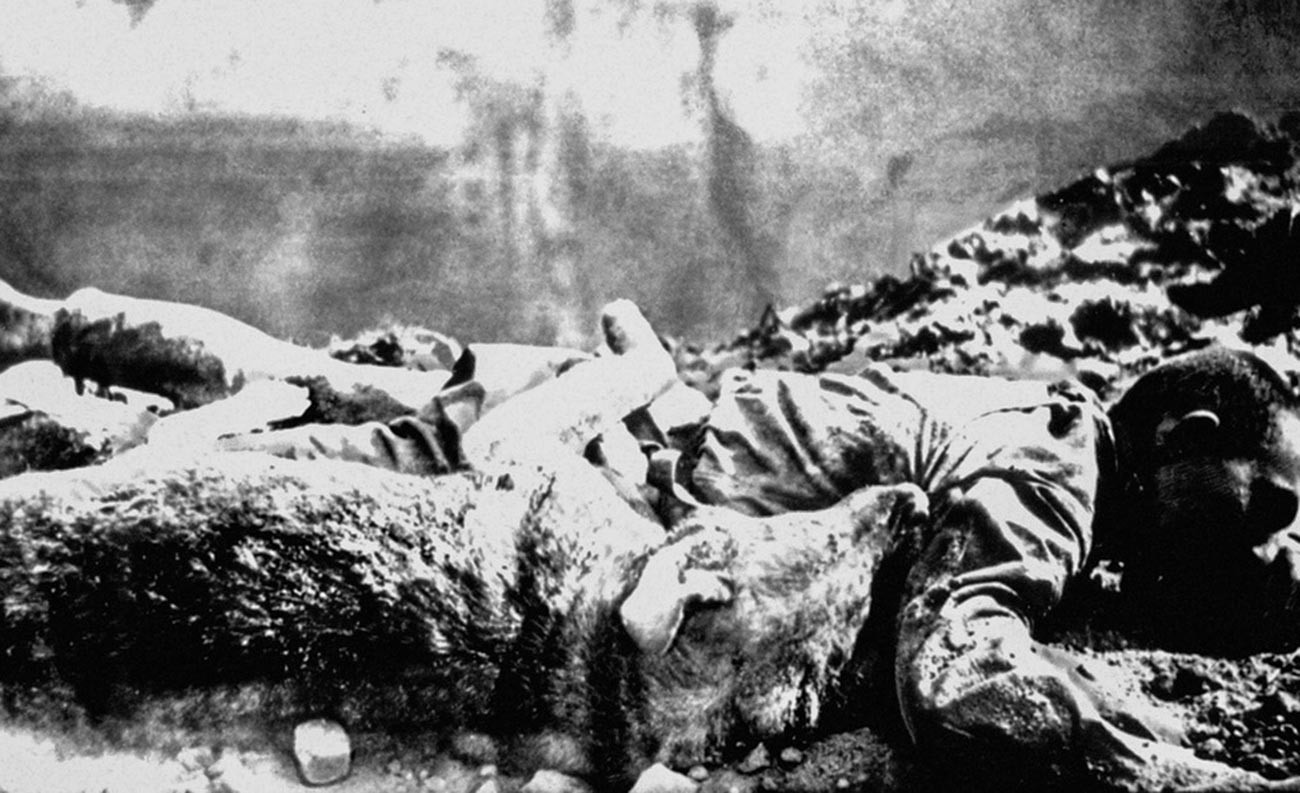 The Luftwaffe carried out a massive strike against dozens of Soviet airfields, where the main aviation forces of the western military districts were based. On the very first day of the war, the enemy destroyed up to 1,200 aircraft, 900 of which did not even manage to get off the ground. “...My blood ran cold. In front of me were four twin-engine bombers with black crosses on the wings,” recalled the deputy commander of the 46th Fighter Aviation Regiment, Joseph Geibo: “I bit my lip. They’re Junkers! German Ju-88 bombers! What are we supposed to do?.. Then another thought occurred: today’s Sunday, the Germans don’t carry out training flights on Sundays. Is it war? Yes, it’s war!” 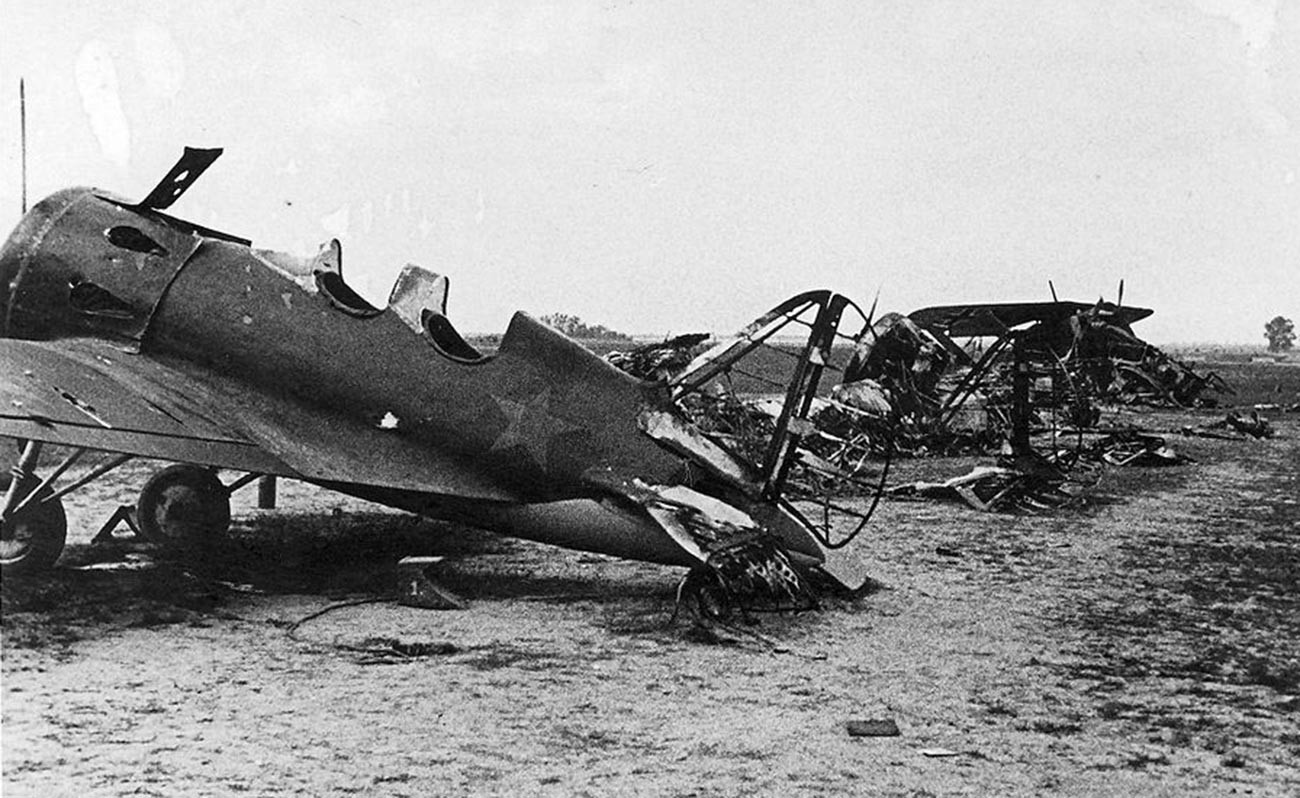 "I’ll never forget how the war began. I’ve never experienced such fear and panic as on the first day or even during the first hours of that war,” said tankman Ivan Khokhlov, then serving in Kaunas: "A stroke after 4am the German planes began bombing us. We were asleep, only the sentries were on guard. Everyone jumped up and started rushing around, screaming, nothing could be seen. Planes are bombing, everything’s on fire. Nearly all our vehicles were without wheels, standing on blocks. The guys rushed to get the wheels on... but there weren’t enough... There were only three useable vehicles. All of us who’d survived, together with the commander, packed into the body of the trucks and drove east.” 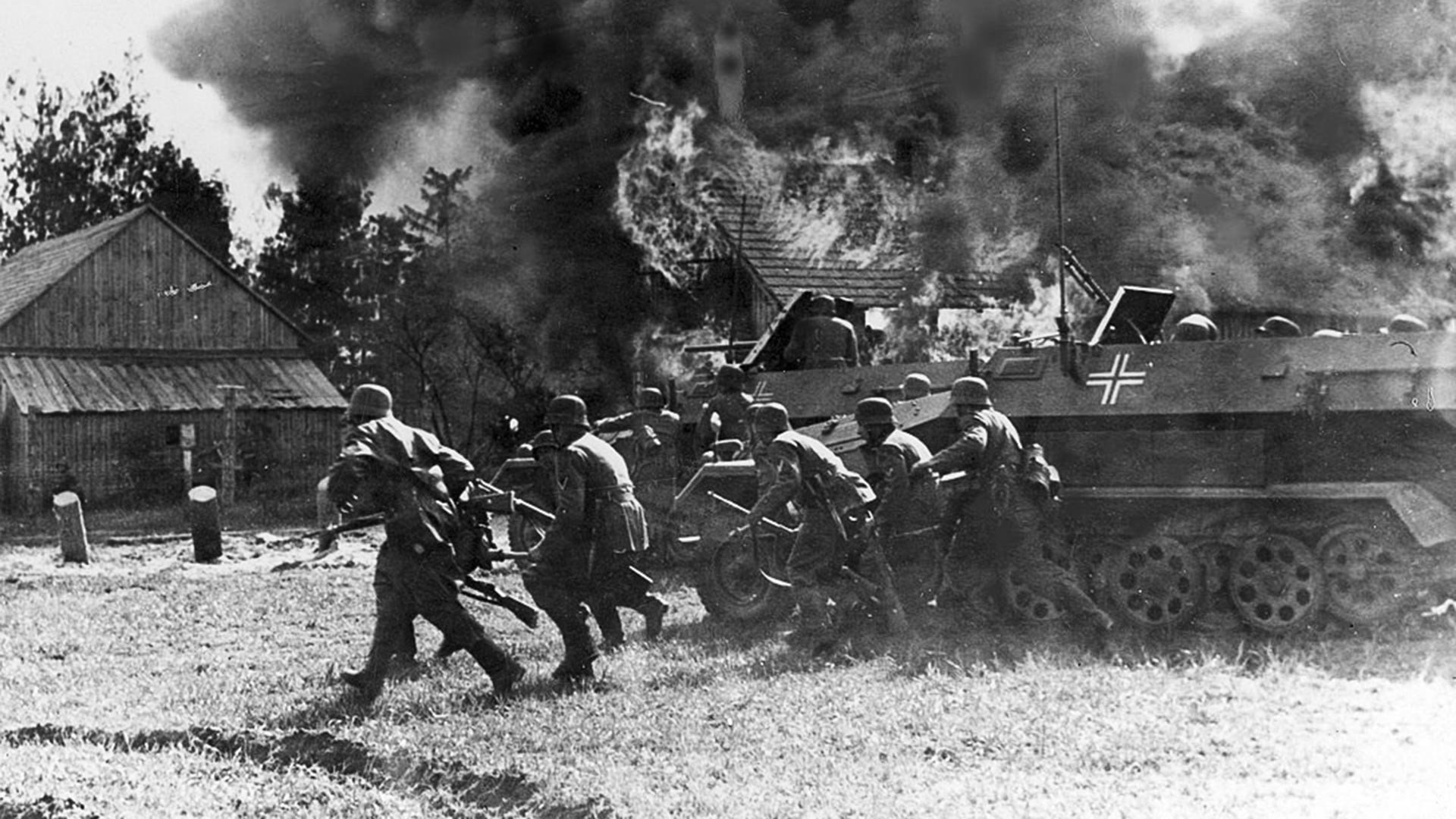 Not all the Germans believed in the success of the military campaign against the USSR. On the eve of Operation Barbarossa, Oberleutnant Erich Mende of the 8th Silesian Infantry Division had a conversation with his superior officer. “My commander was twice my age,” Mende recalled, “and had already fought the Russians at Narva in 1917, when his rank was lieutenant. “Here, in this endless expanse, we will perish like Napoleon...” he said, not concealing his pessimism. “Mende, remember this hour, it marks the end of the erstwhile Germany.” 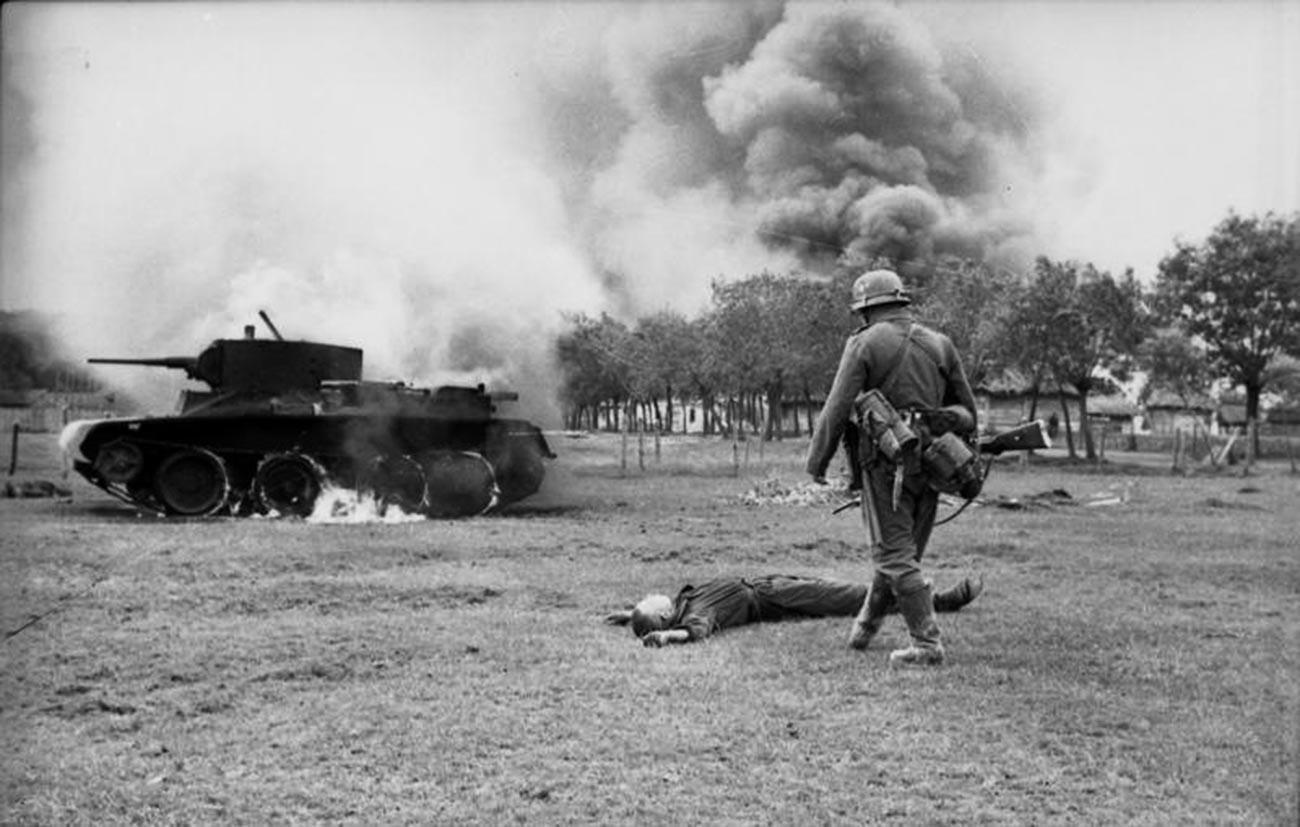 That the war against the Soviet Union would be no picnic, the Germans realized at once. At the very start of the campaign, the chief of staff of the 4th Army, General Gunther Blumentritt, reported: “The Russians’ behavior even in the first battle was strikingly different from that of the Poles and the defeated allies on the Western Front. Even when encircled, the Russians put up a stout defense.” 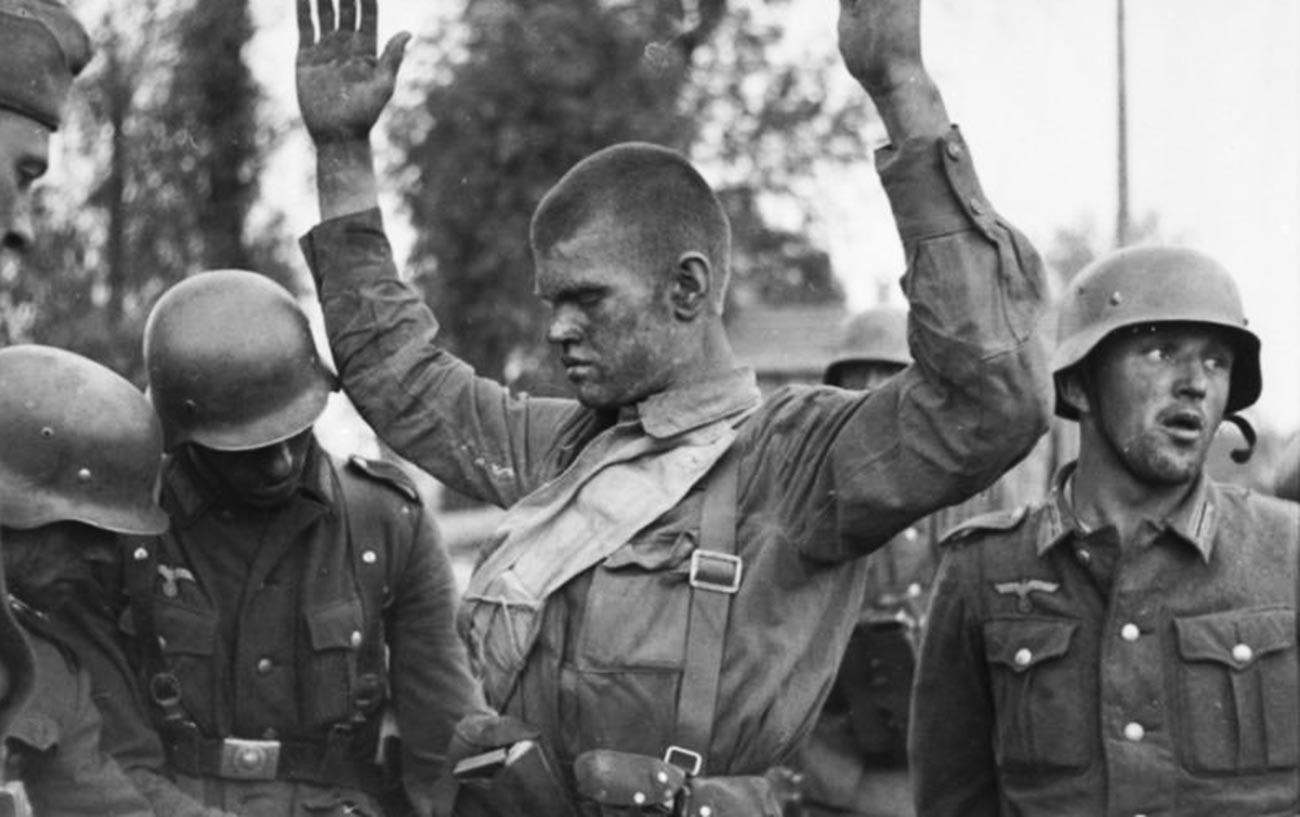 At noon on June 22, 1941, People's Commissar for Foreign Affairs Vyacheslav Molotov, in a radio broadcast, announced Germany’s invasion of the Soviet Union and the start of the Patriotic War. Many were puzzled why this speech was not delivered by the head of state, Joseph Stalin. Marshal Georgy Zhukov, in his book Memories and Reflections, later commented on these events: “Stalin was a strong-willed person and not, as they say, chicken-livered. I saw him lose his composure only once. That was at dawn on June 22, 1941, when Nazi Germany attacked our country. He was unable to pull himself together and manage operations for the entire first day. The shock inflicted on Stalin by the enemy attack was so profound that his voice weakened, and his military orders did not always correspond to the situation on the ground.” 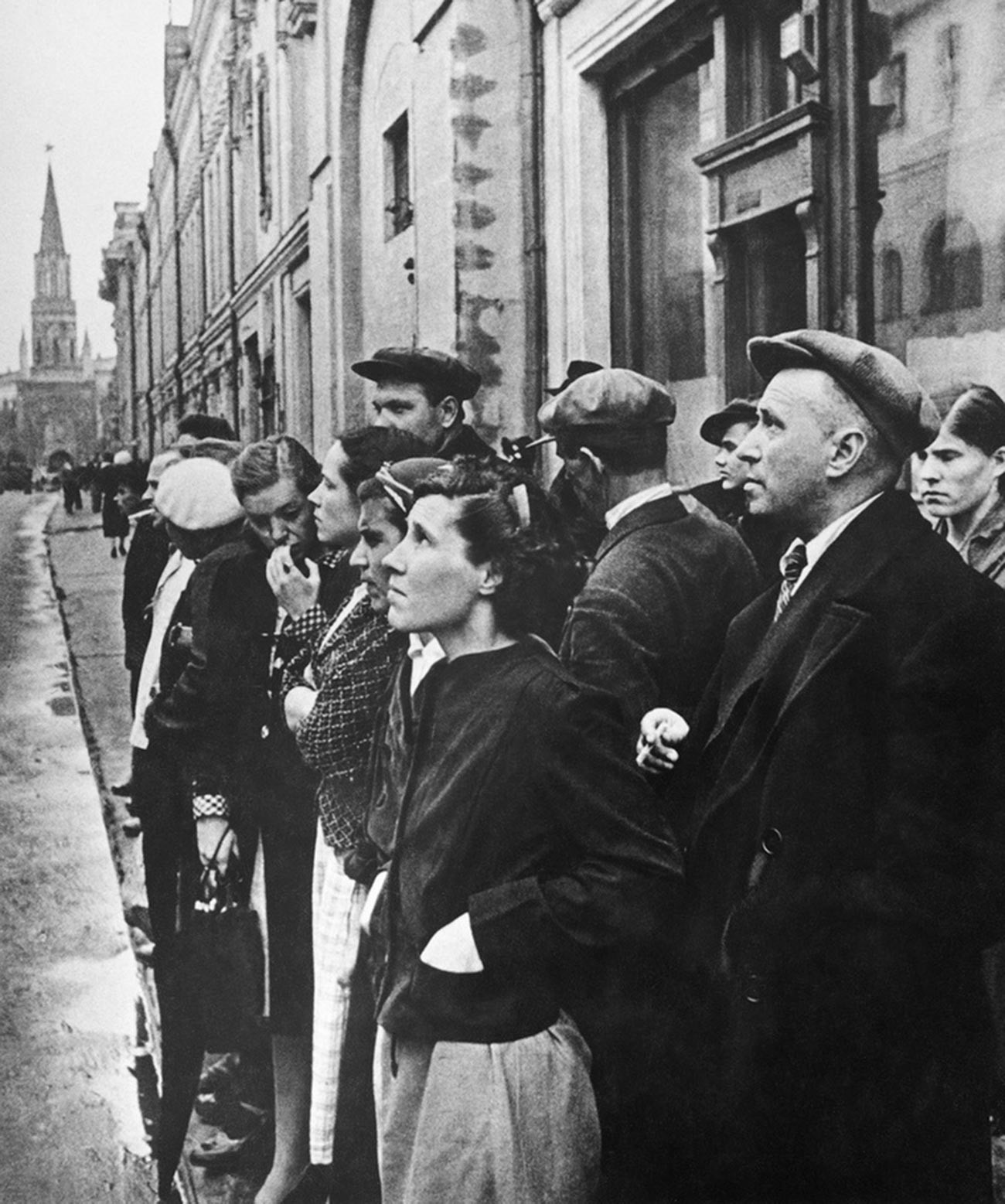 For many Soviet citizens, especially those far from the frontline, the outbreak of the war did not cause serious concern. “Our house stood slightly apart from the village, so I found out about the war only in the late afternoon,” recalled Vitaly Chernyaev, a resident of the Kalinin (now Tver) region, who was 11 years old when war broke out: “You know what? To begin with, it didn't upset me at all. On the following day, I was even glad! We’d all been brought up then on patriotic songs and films. ‘Hitler’s bitten off more than he can chew. The Germans won’t get to drink water from the Volga! We’ll defeat them all!’ – those were our first thoughts.” 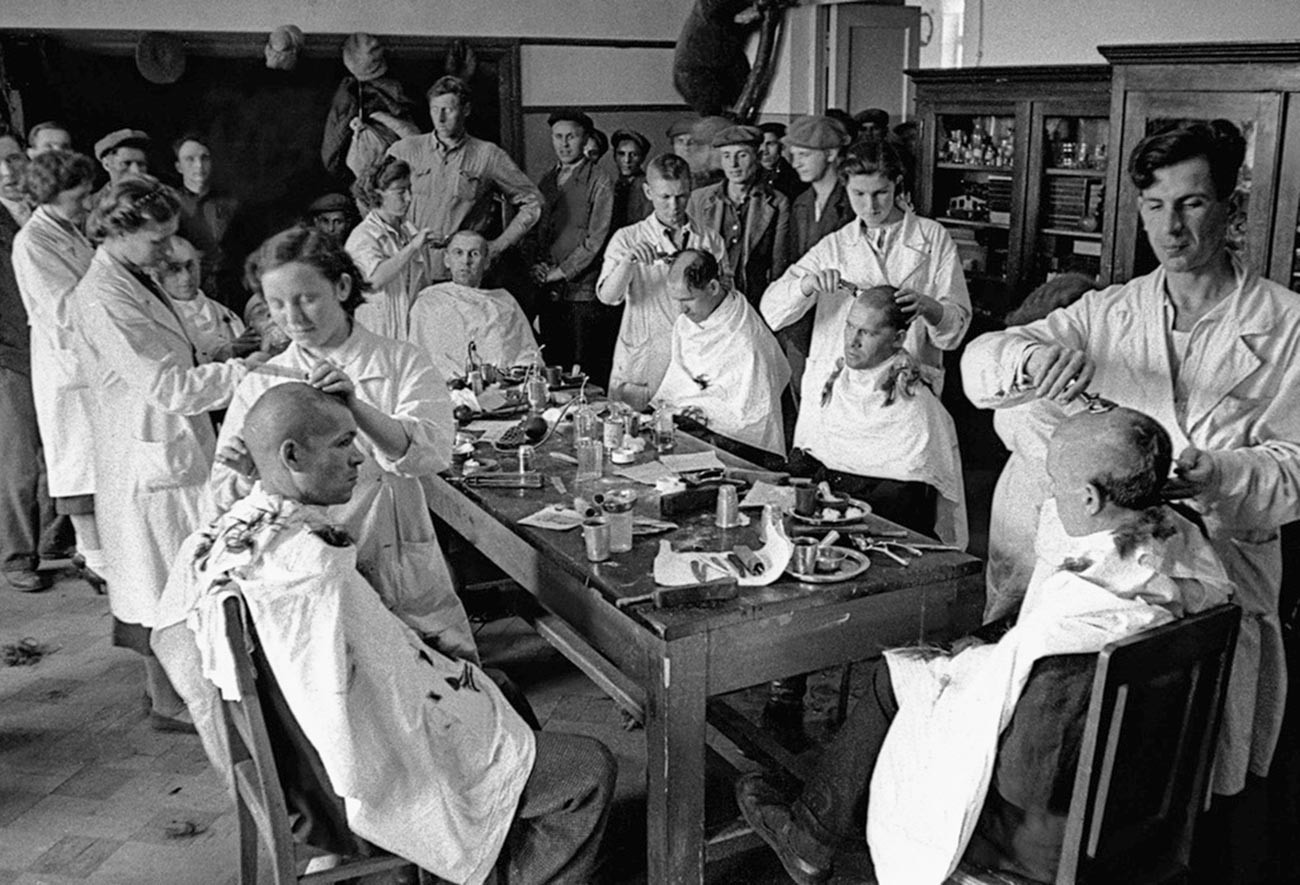 Anatoly Vokrosh lived near Moscow at that time: “We ran around in the bushes, shouting: ‘War’s begun! Hooray! We’ll beat everyone!’ We had absolutely no idea what it all meant. The adults discussed the news, but I don't remember any panic or fear in the village. The villagers carried on their usual affairs, and on this and subsequent days people visited their dachas.” No one in their worst nightmare could have imagined back then that the war against Nazi Germany and its allies would last for 1,418 tortuous days and cost the lives of over 27 million Soviet citizens. 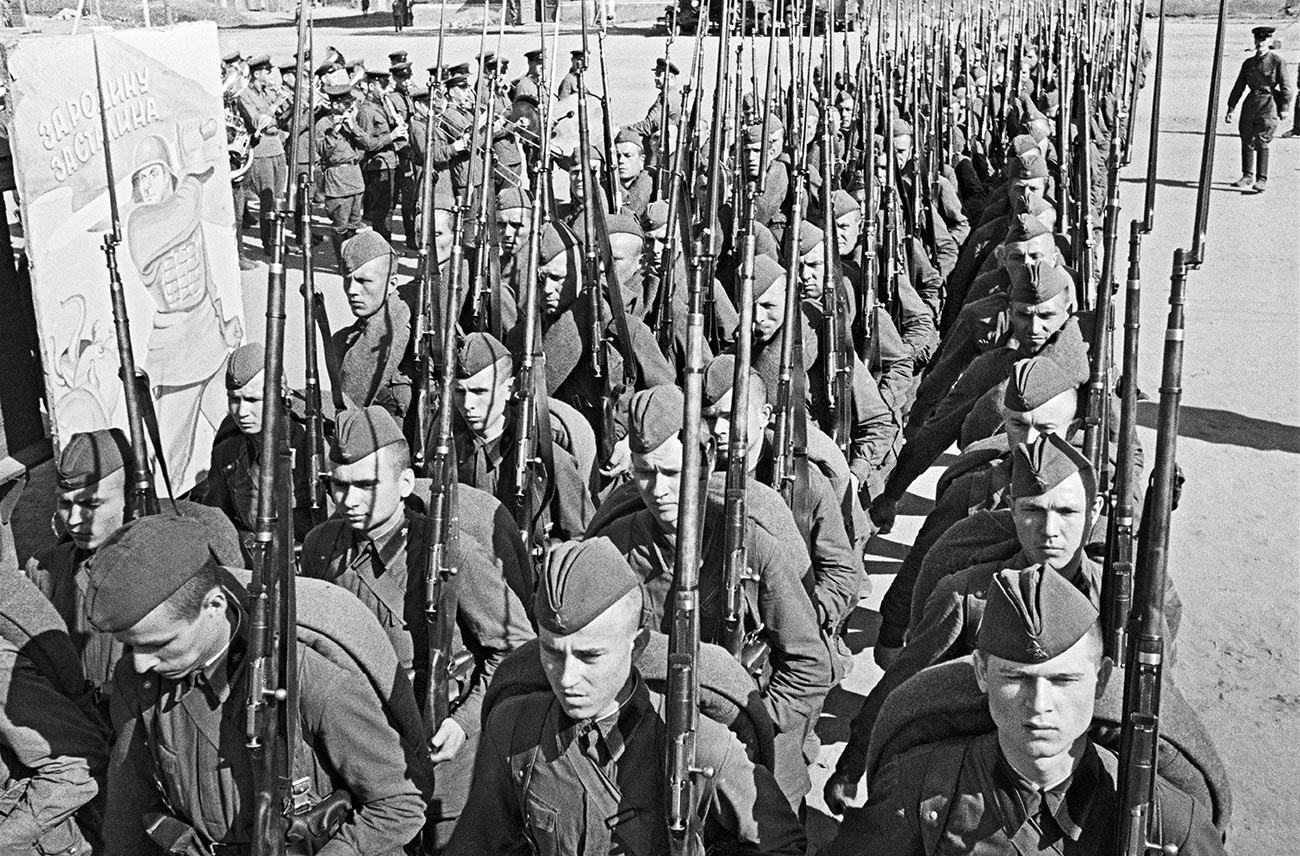