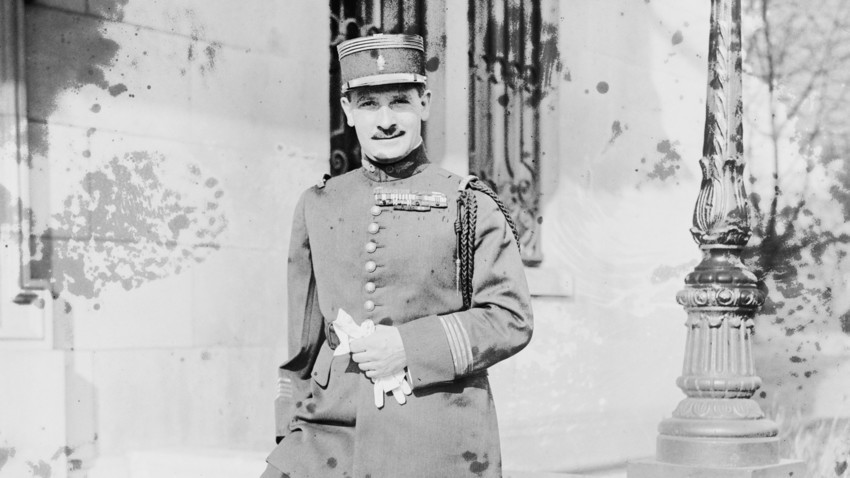 Public domain
Zinovy Peshkov came from a poor provincial Jewish family, but thanks to his natural talents, he had a brilliant career and even became friends with Charles de Gaulle.

Zinovy Peshkov was a son of a Nizhny Novgorod craftsman, who became a French military commander and diplomat. He was a brother of the famous revolutionary Yakov Sverdlov, but an ardent anti-Bolshevik. A graduate of a provincial parish school, he spoke on equal terms with great writers, military leaders and politicians. Zinovy Peshkov had an amazing life story, full of unexpected twists and turns.

A future French legionnaire and friend of Charles de Gaulle, Zinovy Sverdlov was born in 1884 to the family of a Jewish craftsman in Nizhny Novgorod. The world famous Russian writer Maxim Gorky (his real name was Alexey Peshkov) came from the same city. Gorky knew the Sverdlov family and was particularly fond of Zinovy, an inquisitive and enthusiastic kid. 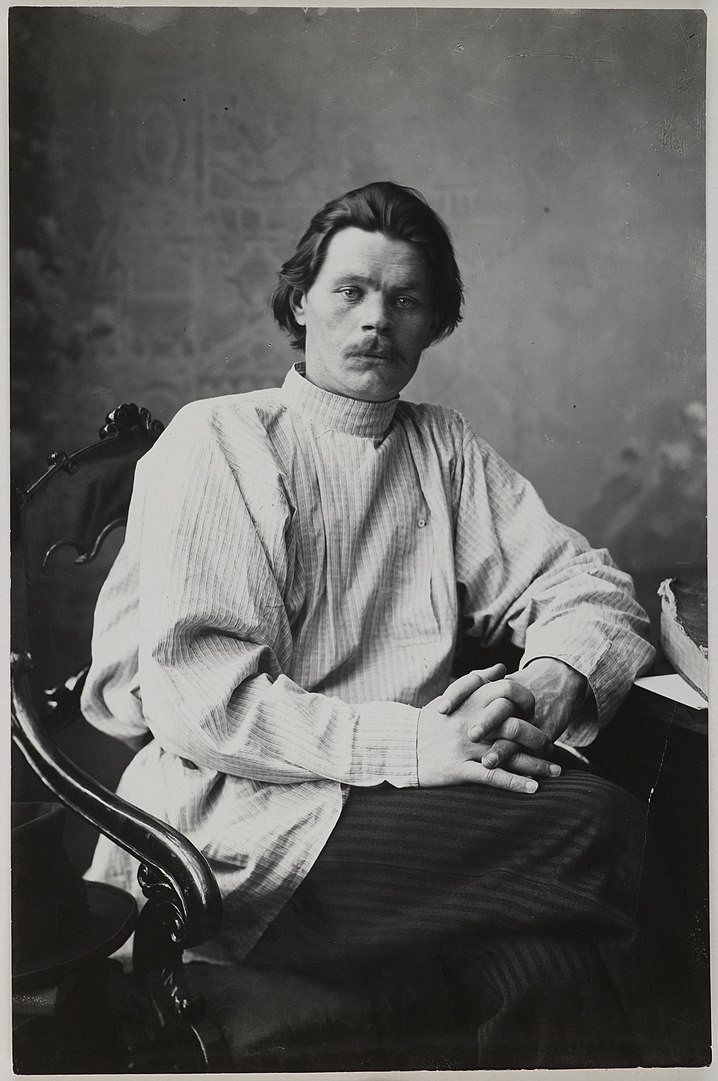 The young man soon joined the writer’s circle, where he met many rebellious intellectuals and developed an enthusiasm for revolutionary ideas, which even landed him in trouble with the police. They say that after Zinovy converted to the Russian Orthodox Church, his Jewish family renounced him and Gorky adopted him, giving the young man his name. 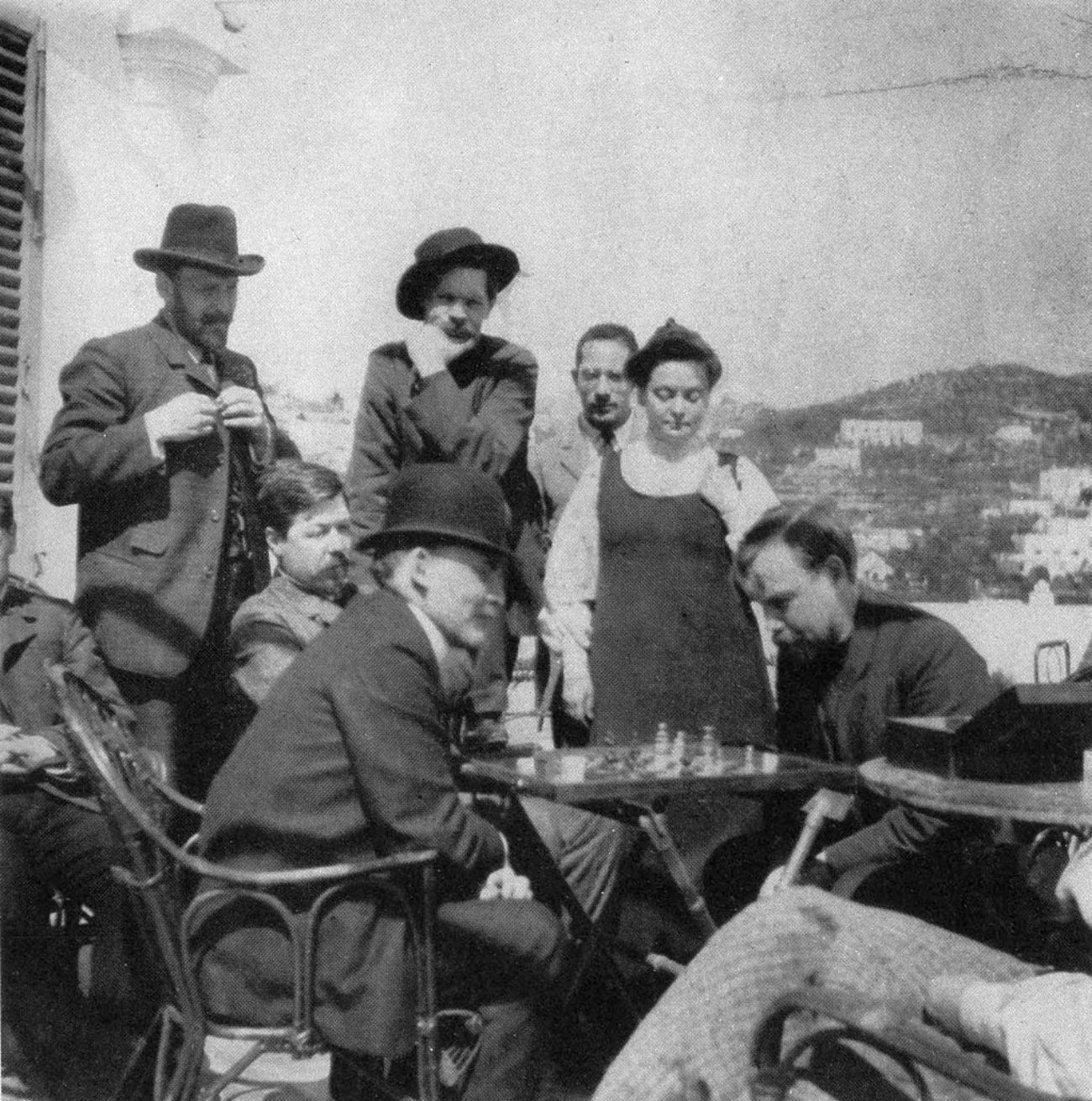 Vladimir Lenin plays chess with Alexander Bogdanov, 1908, Capri. Zinovy Peshkov is the second from the right in the top row, next to him is Maxim Gorky.

Zinovy was very gifted artistically. He had a beautiful voice and a great ear for music and even considered becoming a professional musician. However, his life took a different turn. At the age of 20, Zinovy left Russia in search of adventure and interesting work. Another motive was to escape the watchful eye of the police...

A friend of de Gaulle

Canada, the U.S., New Zealand... Abroad, Peshkov worked as a loader at a brick factory, at a fur factory and in a printing house. He tried his hand at business, but went bankrupt. He had relative success working in a Russian publishing house in the U.S., before travelling to France, where he found himself caught in the outbreak of World War I.

Unlike the revolutionaries he used to know back in Russia, Zinovy did not want Russia and its allies to suffer a defeat in the war. Without a second thought, he signed up as a volunteer. Since foreigners were not allowed to join the French army, he ended up in the Foreign Legion.

In 1915, in an attack near Arras, Peshkov was badly wounded in the arm. The orderlies thought there was no hope for him and wanted to leave him on the battlefield. However, Zinovy’s life was saved by a lieutenant named Charles de Gaulle, who insisted that the wounded soldier be evacuated from the field. Zinovy was then sent to an American hospital in Neuilly. 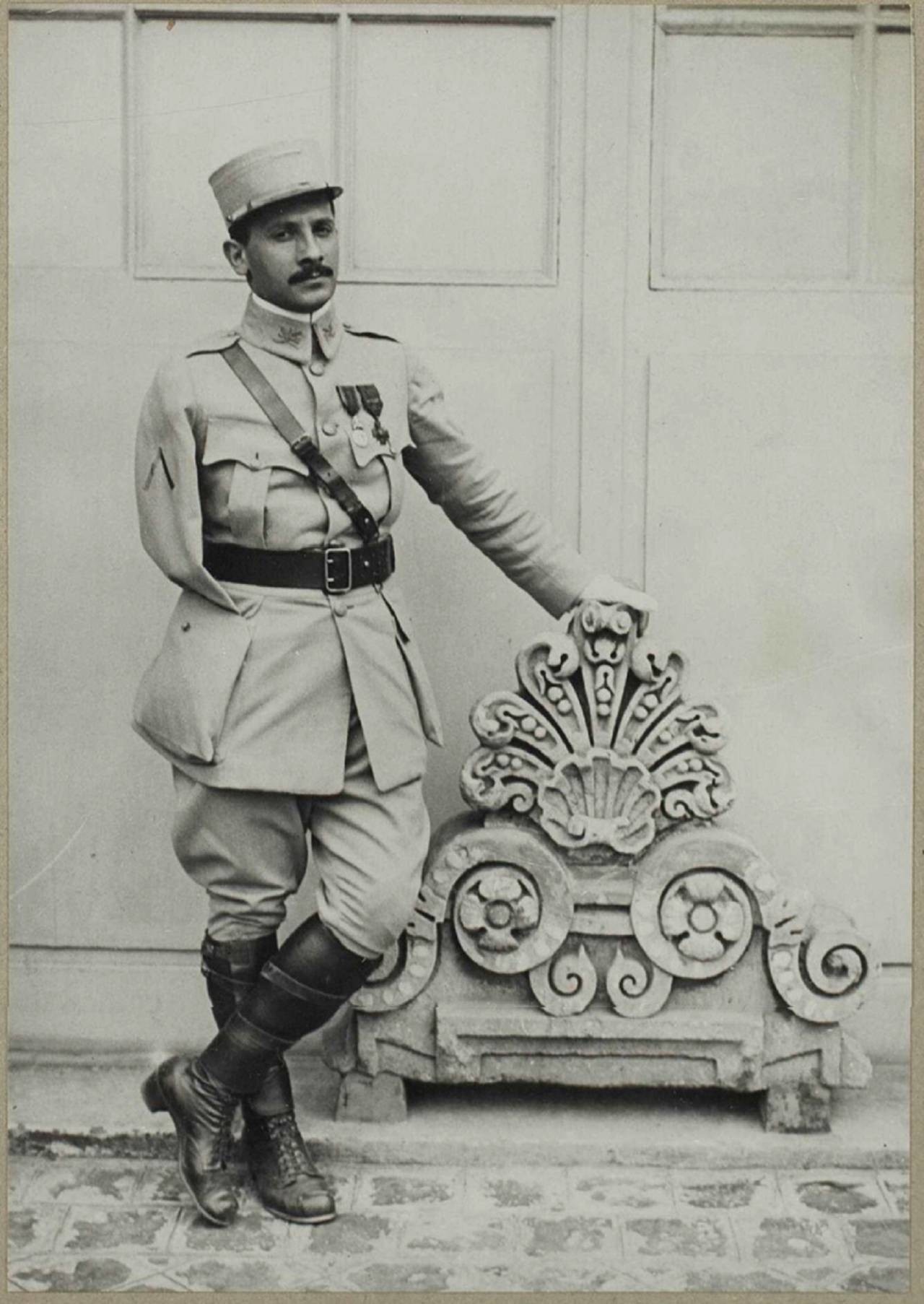 The arm had to be amputated, but the patient showed great perseverance and learned to manage perfectly well with one arm. That same year, under an order from Marshal Joffre, the Russian legionnaire was awarded the Croix de Guerre with palm at a ceremony in Les Invalides. As for his savior de Gaulle, the two men would become friends. And there was a new war awaiting them...

An enemy with his brother

At first, both Zinovy and his brother Yakov were quite taken with revolutionary ideas. However, in the end, different life paths led them to opposite sides of the barricades, turning them into ideological enemies. Zinovy did not accept the Bolshevik Revolution, with its violence and desire to seize and divide everything. 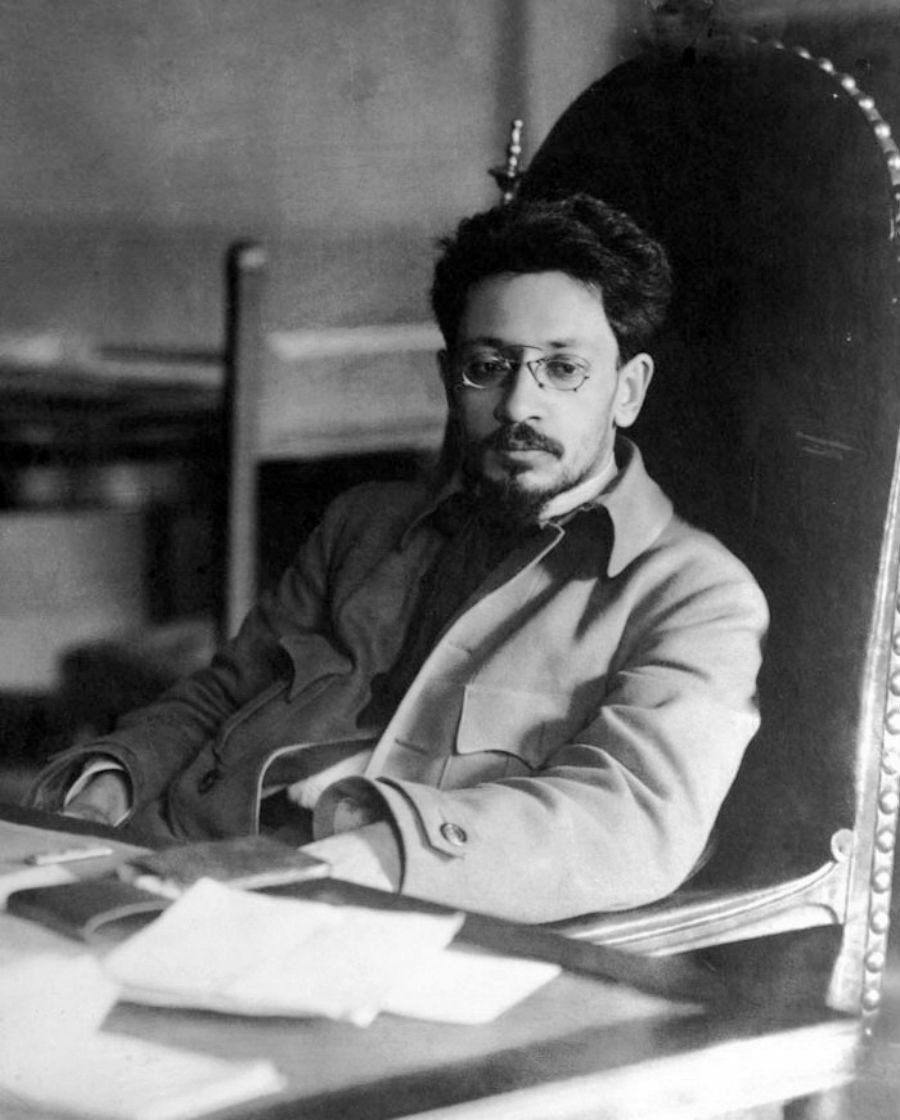 “With him, it was more about some romantic notions of revolutions, which were typical of the young generation at the time. It is for a reason that, after 1917, he never returned to Russia, although, without a doubt, he could have, had he wanted to. Peshkov had long developed different values and ideals. That is why in the Civil War he found himself on the side of the White Army,” says writer and journalist Armen Gasparyan, a member of the Russian Military Historical Society and author of numerous books on Russian military history.

In the meantime, Zinovy’s brother Yakov became one of the leaders of the Red Terror, a mastermind of repressions against the Cossacks and one of the officials behind the decision to execute the royal family.Yakov publicly disowned his brother, who had become an “agent of the Entente”. In early 1919, Zinovy sent a telegram to Yakov: “Yashka, when we take Moscow, we will hang Lenin first and you second, for what you did to Russia!” But Yashka did not have long to live: in March 1919, he died of the Spanish flu, which was raging in Russia at the time. At least, that was the official version...

It was known that Lenin was not too fond of dangerous rivals.

His shrewdness and cunning, the ease with which he established contacts, his rhetorical talent and ability to win people over did not go unnoticed in certain circles in France. That was how Peshkov began his diplomatic career. He hit the ground running: very soon Zinovy was sent on very serious and sometimes secret missions to different countries.

During the Russian Civil War, Peshkov was a member of the French diplomatic mission in the country. He took an active part in the famine relief effort, arranging deliveries of goods from Le Havre and Marseille. He also helped many compatriots to evacuate from war-ravaged Russia. 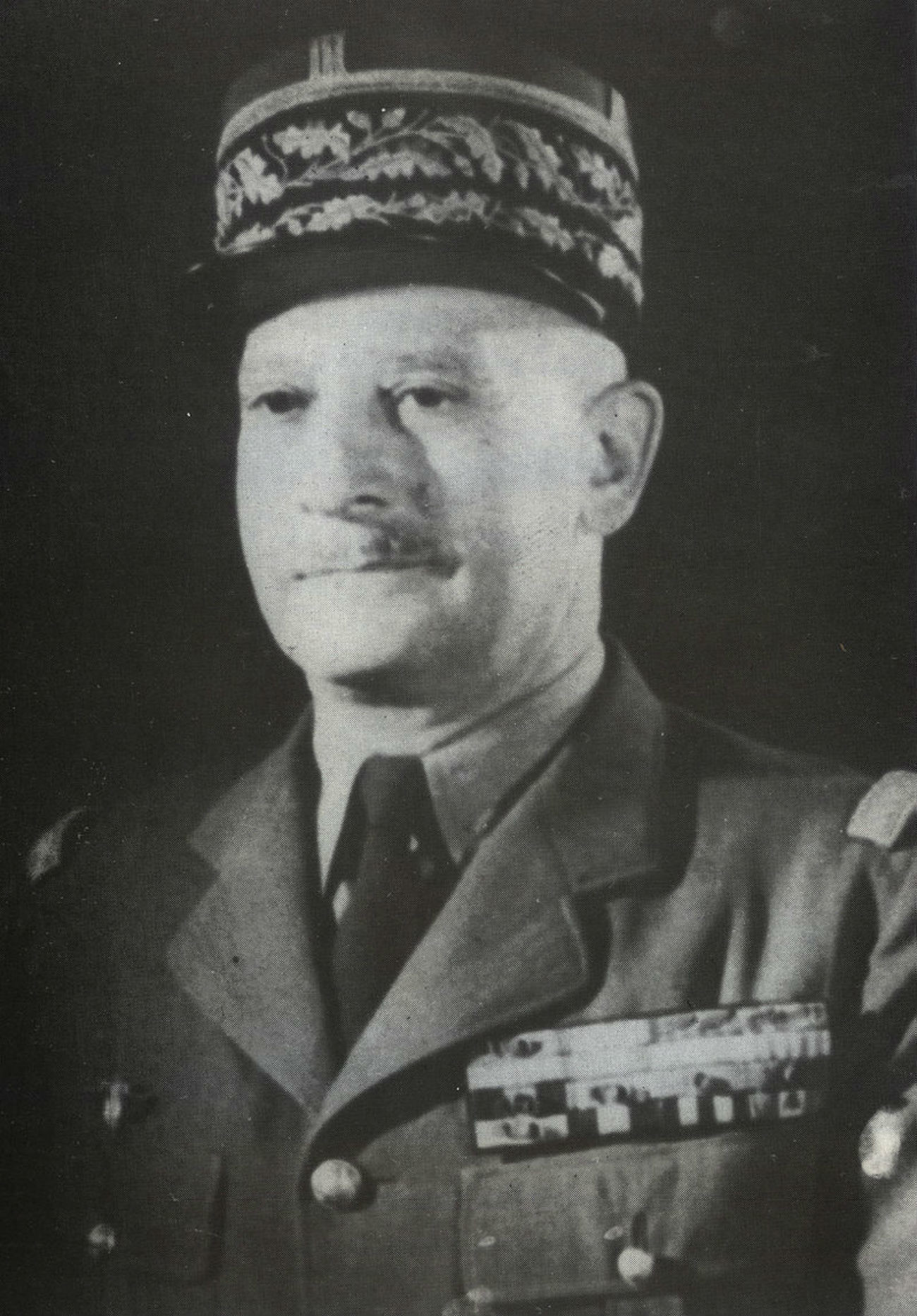 His next mission was a military one. Peshkov travelled to Morocco, where he was assigned command of a company. The writer André Maurois described him as follows: “…One of those commanders who know how to boost the morale of the humiliated and the insulted, inspiring them to join in the task that the Foreign Legion inherited from the legions of the Roman Empire - the task of serving civilization. When Zinovy Peshkov talks about the Legion, his eyes glint with emotion. He is an apostle of this religion.”

Despite Peshkov’s anti-Bolshevik views, the French security services kept a close eye on him: After all, his brother was a prominent Bolshevik in Russia and his father was a writer favored by the Soviet regime. That aroused a lot of suspicion. However, today historians are convinced that those suspicions were totally unfounded. “Peshkov certainly did not work for the 7th Directorate of the NKVD of the USSR. Moscow had other sources of information in France. But the suspicions that arose are understandable. The papers at the time were full of articles exposing Bolshevik gangsters in Paris. Many emigrants were under suspicion, so it is not surprising that a striking character like Peshkov was, too. But, as far as I know, the Sûreté did not find a single fact indicating his possible ties with Moscow,” Armen Gasparyan said.

Loyal to France to the last

In 1940, Zinovy refused to recognize the power of the Nazi occupiers and to serve under the Germans’ command. He was arrested and sentenced to death by a military tribunal. But here, too, he was, once again, saved by his talent of a diplomat and his combat experience in hot spots: he managed to turn his guard, exchange the gold watch that Maxim Gorky had gifted him for a grenade, take the commander hostage, seize a plane and fly it to join de Gaulle’s forces.

His old friend knew Peshkov’s talents well and entrusted him with serious assignments. Zinovy worked in South Africa to persuade the local authorities to side with the allies. Then, he became the head of the French mission in China and, later, in Japan. Finally, he was elevated to the rank of ambassador. 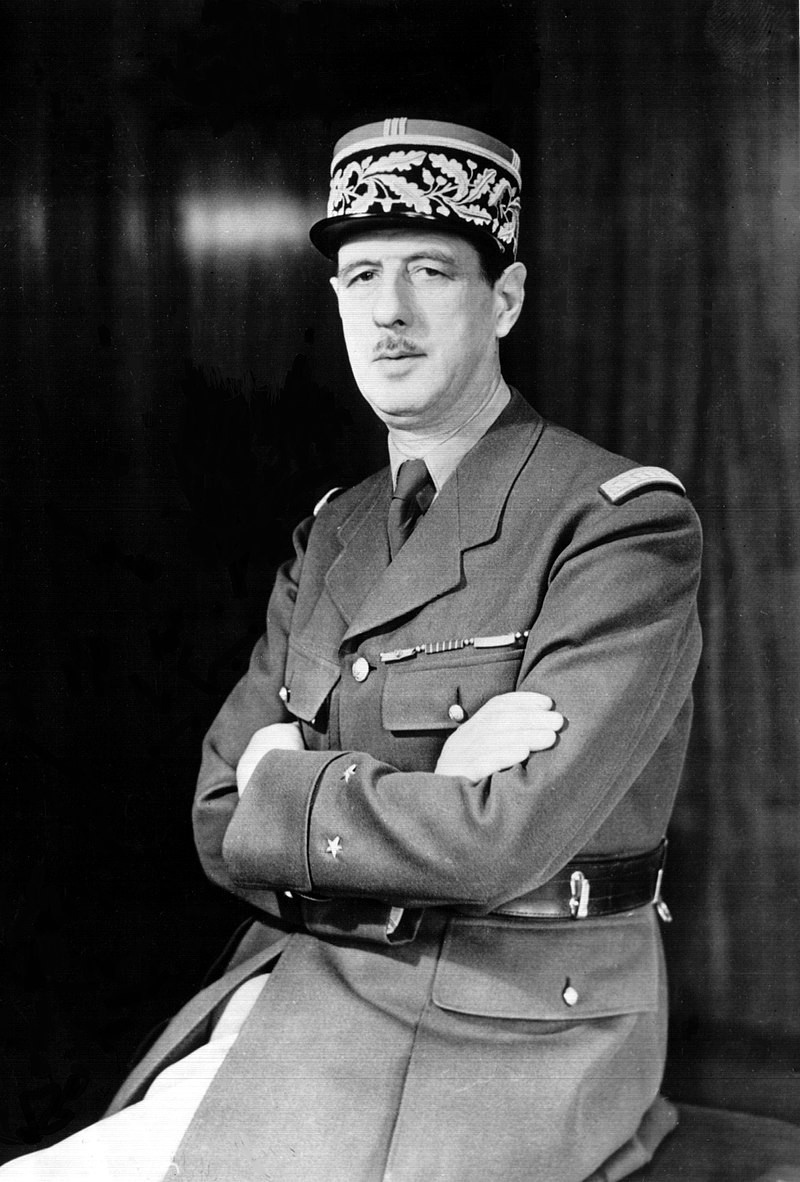 During World War II, Zinovy Peshkov received numerous decorations and distinctions, becoming a brigadier general of the French army. He retired in 1950, a highly decorated officer, including with a Grand Cross of the Legion of Honor, and lived in Paris, on rue Lauriston.

Zinovy died at the age of 82 in Paris and was buried in the cemetery in Sainte-Genevieve-des-Bois. The ceremony was attended by prominent French military figures and politicians. In line with his will, his tombstone carries a simple inscription: “Zinovy Peshkov, a legionnaire.”