The HARROWING true story of the USSR’s ‘Cannibal Island’ 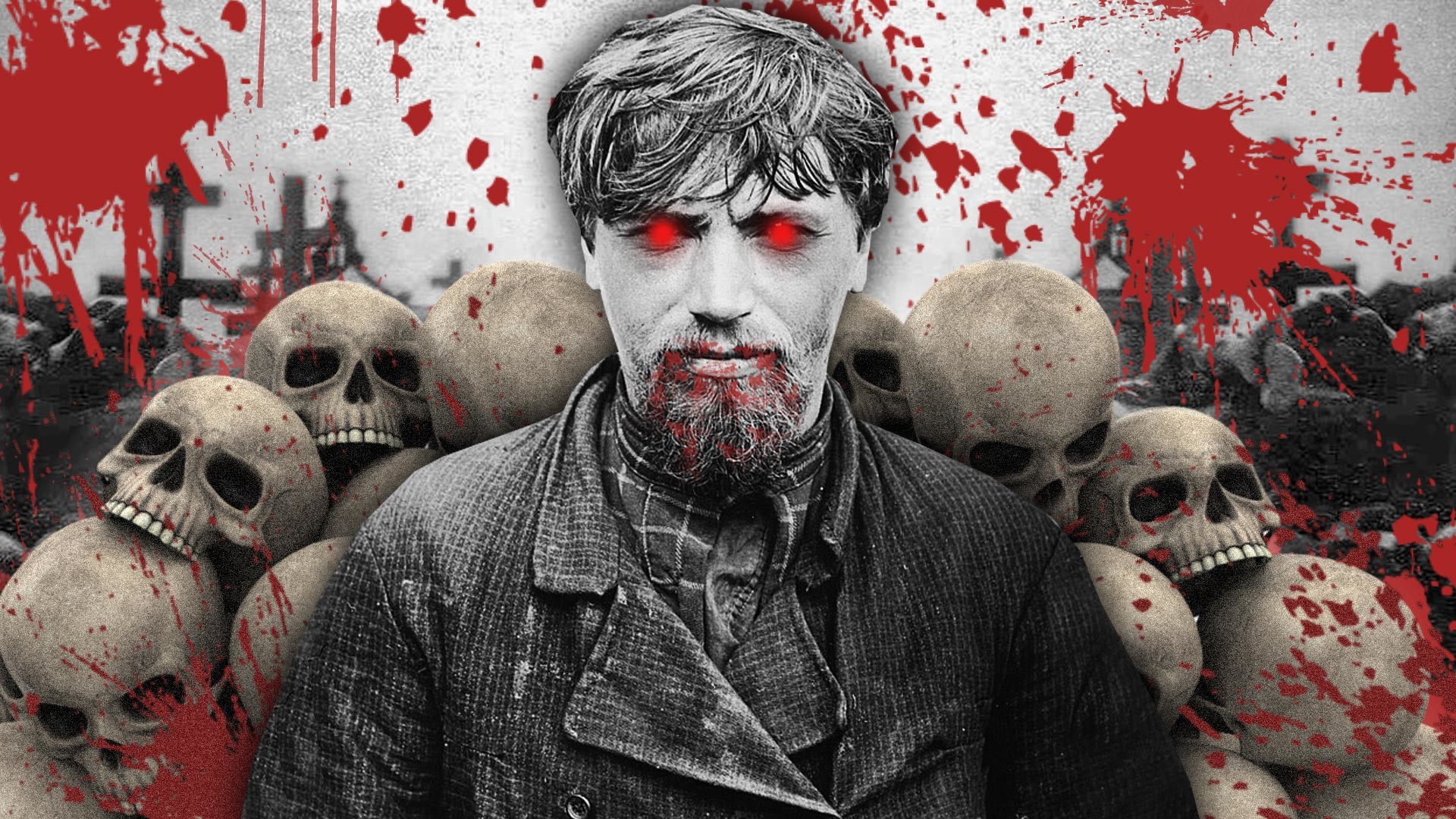 Kira Lisitskaya (Photo: Mikhail Krukovsky/Kunstkamera/russiainphoto.ru; Freepik.com)
“All over the island, one could see human flesh being ripped, cut and hung on trees. Clearings were littered with corpses.”

In May 1933, over 6,000 people who were being deported to Siberia as part of the ongoing reprisals were deposited from barges onto a small uninhabited island on the River Ob in Siberia. Under the watchful eye of their guards, these so-called “socially harmful and declassed elements” of Soviet society were waiting to be sent to special labor camps further east.

For almost a month, they were left to their own devices on a small piece of land with practically no food. It did not take long before some of them crossed the line and began to eat their fellow human beings...

It all started with the Soviet Union’s decision to revive the passport system that was abolished after the 1917 revolution. Back then, the Bolshevik leadership abolished passports as a means of controlling people’s movement inside the country. It was believed that a Soviet person could live and work wherever they liked. 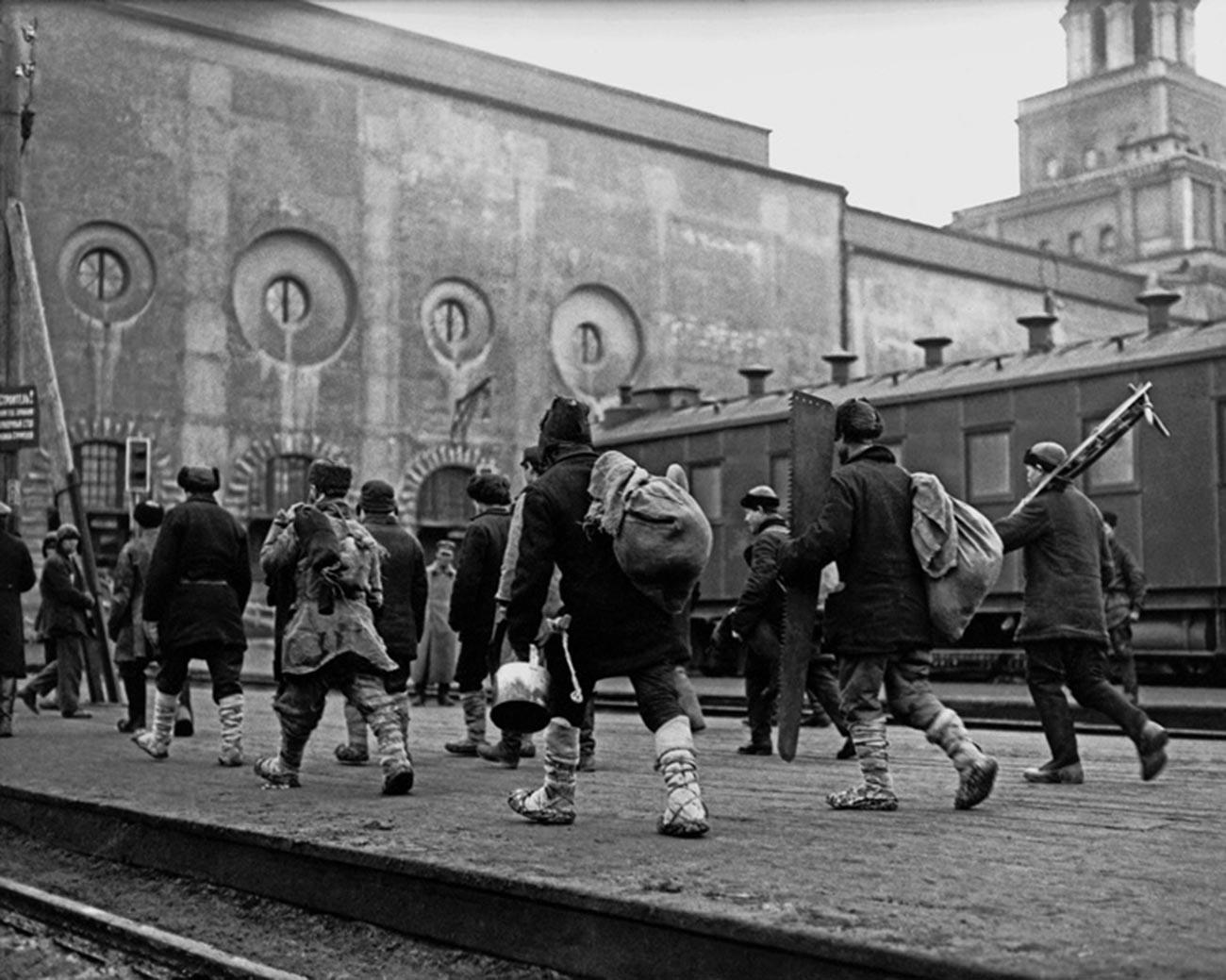 In reality, it turned out that masses of peasants, having experienced all the hardships of the Soviet economic policy (the fight against wealthy peasants and private property, the creation of collective farms, etc.), flocked to the cities in search of a better life. Which, in turn, resulted in an acute shortage of available housing for the main pillar of the ruling regime - the proletariat.

Workers became the main section of the population to be issued with passports starting at the end of 1932. Whereas peasants (with rare exceptions) did not have the right to have passports until 1974.

Together with the introduction of the passport system, large cities carried out “mopping-up operations” to oust those who did not have the papers authorizing their right to live there. In addition to peasants, those purges and arrests targeted all kinds of “anti-Soviet” and “declassed elements”. These included profiteers, vagabonds, beggars, tramps, prostitutes, former priests and other categories of the population not engaged in socially useful labor. Their property (if they had any) was seized and they themselves were sent to special settlements in Siberia, where they were to work for the good of the state. 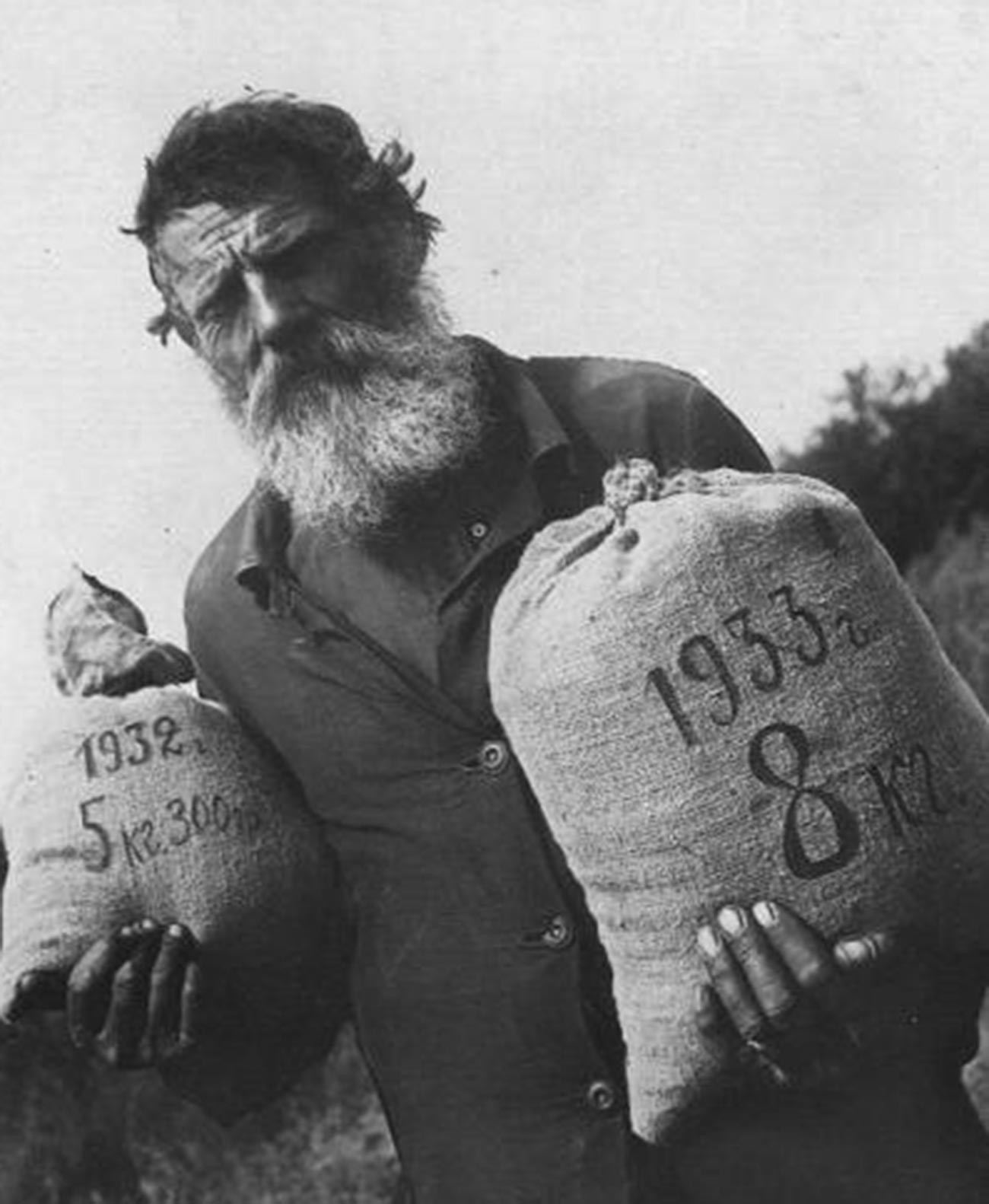 The country’s leadership believed that it was thus killing two birds with one stone. On the one hand, it was cleaning the cities of alien and hostile elements and, on the other hand, it was populating the almost deserted Siberia.

Police and OGPU security service officers were so zealous in their passport raids that they often detained in the streets even those people who had been issued with a passport, but did not happen to have it on them at the time. The list of “offenders” could include a student on his way to visit relatives, or a bus driver who had popped out to get some cigarettes. Once, even the head of a Moscow police department and both sons of the prosecutor of the city of Tomsk were arrested. The father managed to quickly rescue them, but not all of those taken by mistake had high-ranking relatives to help them.

The “violators of the passport regime” were not subjected to any thorough checks. They were found guilty almost immediately and were due to be sent to labor camps in the east of the country. The situation was further exacerbated by the fact that waiting for deportation to Siberia together with them were hardened criminals, who were sent there to alleviate the burden on overcrowded prison camps in the European part of the country. 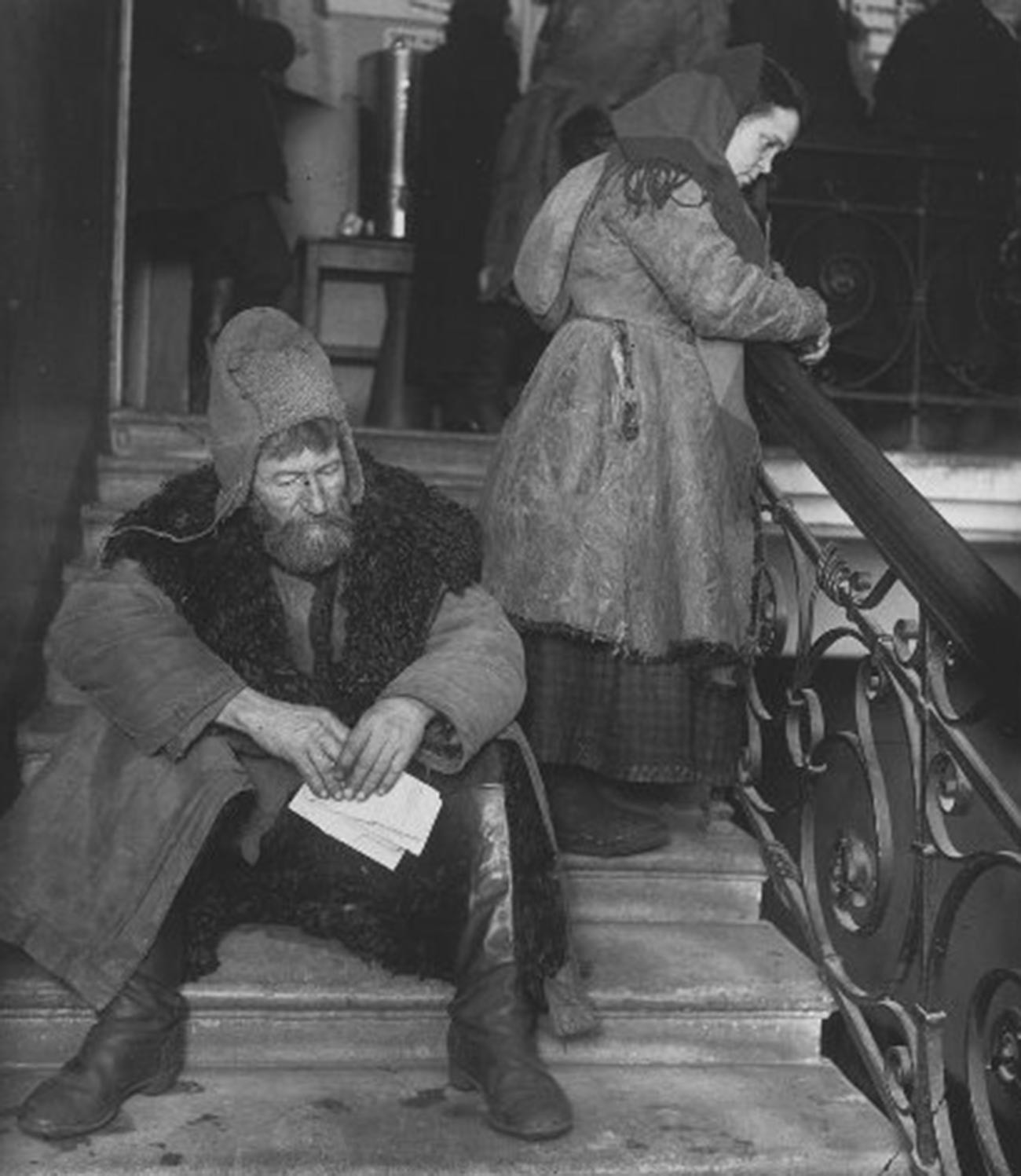 The sad story that happened to one of the first batches of those deportees became known as the Nazino tragedy.

In May 1933, over 6,000 people were deposited from barges on a small deserted island on the River Ob near the village of Nazino in Siberia. They were supposed to stay there temporarily, while problems that arose with accommodation at the labor camps, which had turned out to be not ready to accept such a large number of new residents, were resolved.

The deportees were dressed in the clothes that the police had detained them in on the streets of Moscow and Leningrad (St. Petersburg). They did not have any bedding or any tools to make a temporary shelter. 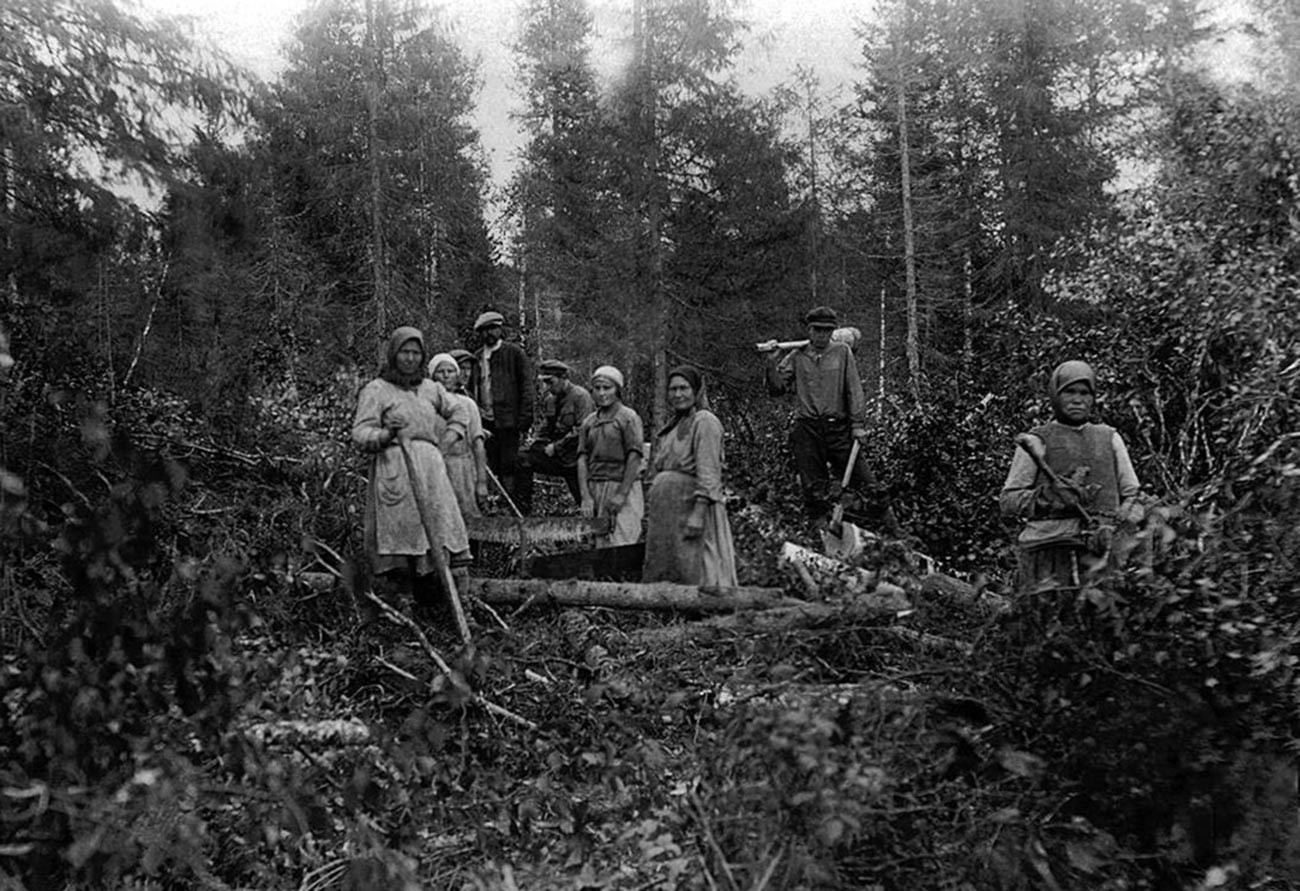 On the second day, a wind picked up, then the temperature dropped below zero and then, it began to rain. Defenseless against the elements, all that the prisoners could do was to sit around campfires or wander around the island in search of bark and moss, as no-one had taken the trouble to provide them with any food. Only on the fourth day, they were brought some rye flour, just several hundred grams per person. Having received those meagre rations, the people rushed to the river, where they used their hats, footwraps, jackets and trousers as containers in which to make a semblance of porridge.

Soon hundreds of the deportees were dead. Hungry and freezing, they either fell asleep by the campfires and burned alive, or died of exhaustion. Some also fell victim to the brutality of some of the guards, who beat people with their rifle butts. And escaping from that “island of death” was impossible, as it was surrounded by machine-gun crews, who immediately shot those who tried to flee.

The first cases of cannibalism on Nazinsky Island took place on the tenth day after the deportees had been dumped there. The first to cross the line were the hardened criminals among them. Accustomed to surviving in brutal conditions, they formed gangs that terrorized the others. 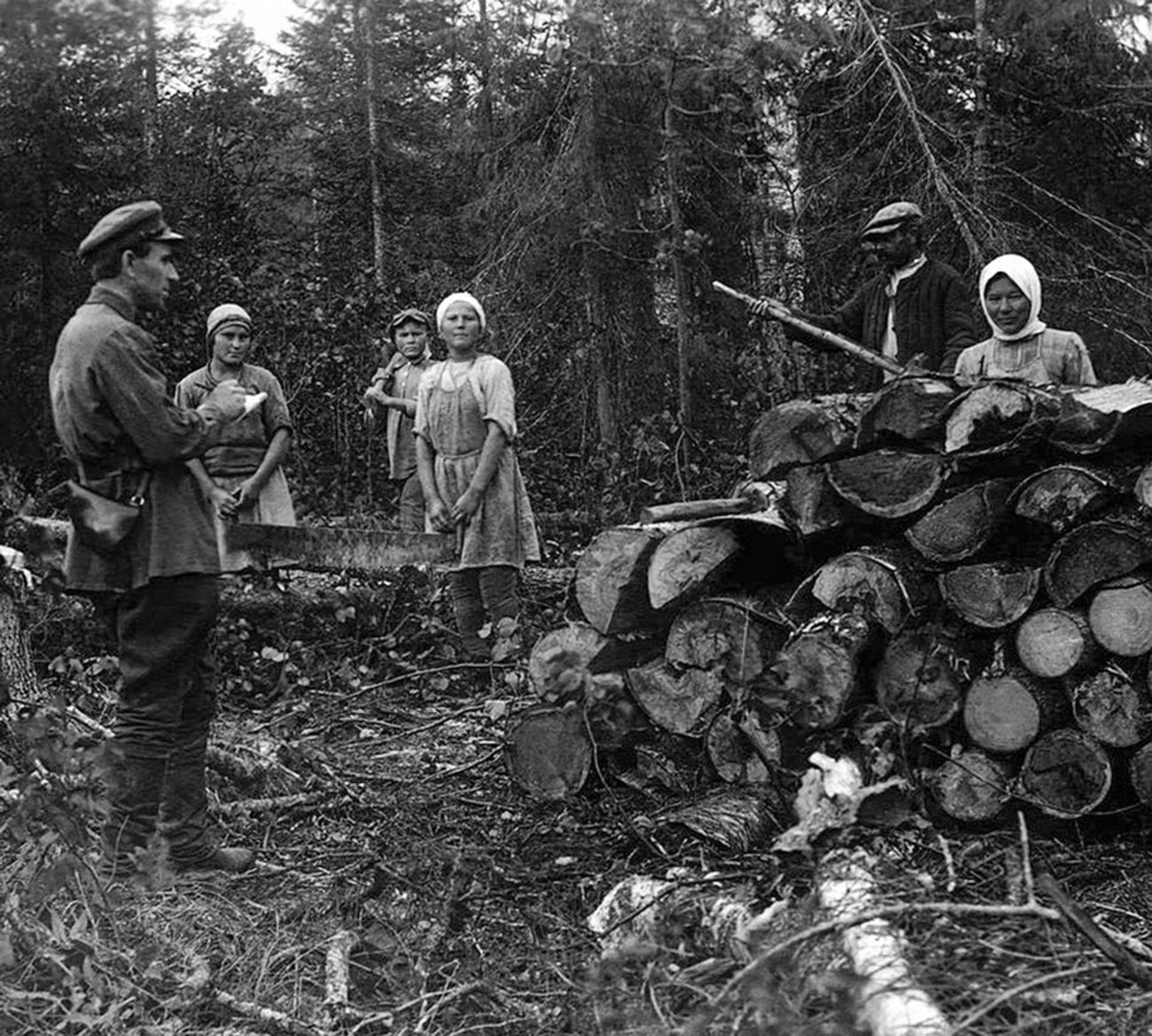 Residents of a nearby village became unwitting witnesses to the nightmare that was unfolding on the island. One peasant girl, who was just 13 at that time, recalled how a beautiful young woman was courted by one of the guards: “When he left, people grabbed the girl, tied her to a tree and stabbed her to death, eating everything they could. They were hungry and wanted to eat. All over the island, one could see human flesh being ripped, cut and hung on trees. The clearings were littered with corpses.”

“I was choosing those who were no longer alive, but not yet dead either,” a prisoner by the name of Uglov, accused of cannibalism, testified during interrogations later. “You could see that a person was a goner, that they would die anyway in a day or two. So it would be easier for them to die... now, right away, instead of suffering for two or three more days.”

Theophila Bylina, Another resident of the village of Nazino, recalled: “The deportees sometimes came to our apartment. Once, an old woman came from the Death Island. She was being deported further... I saw that the old woman’s calves had been chopped off. When I asked, she said: ‘They were cut off on Death Island and grilled.’ All the flesh on her calves had been cut off. Her legs were freezing all the time and the woman wrapped them in rags. But she was able to walk unaided. She looked old, but in reality she was in her early 40s.” 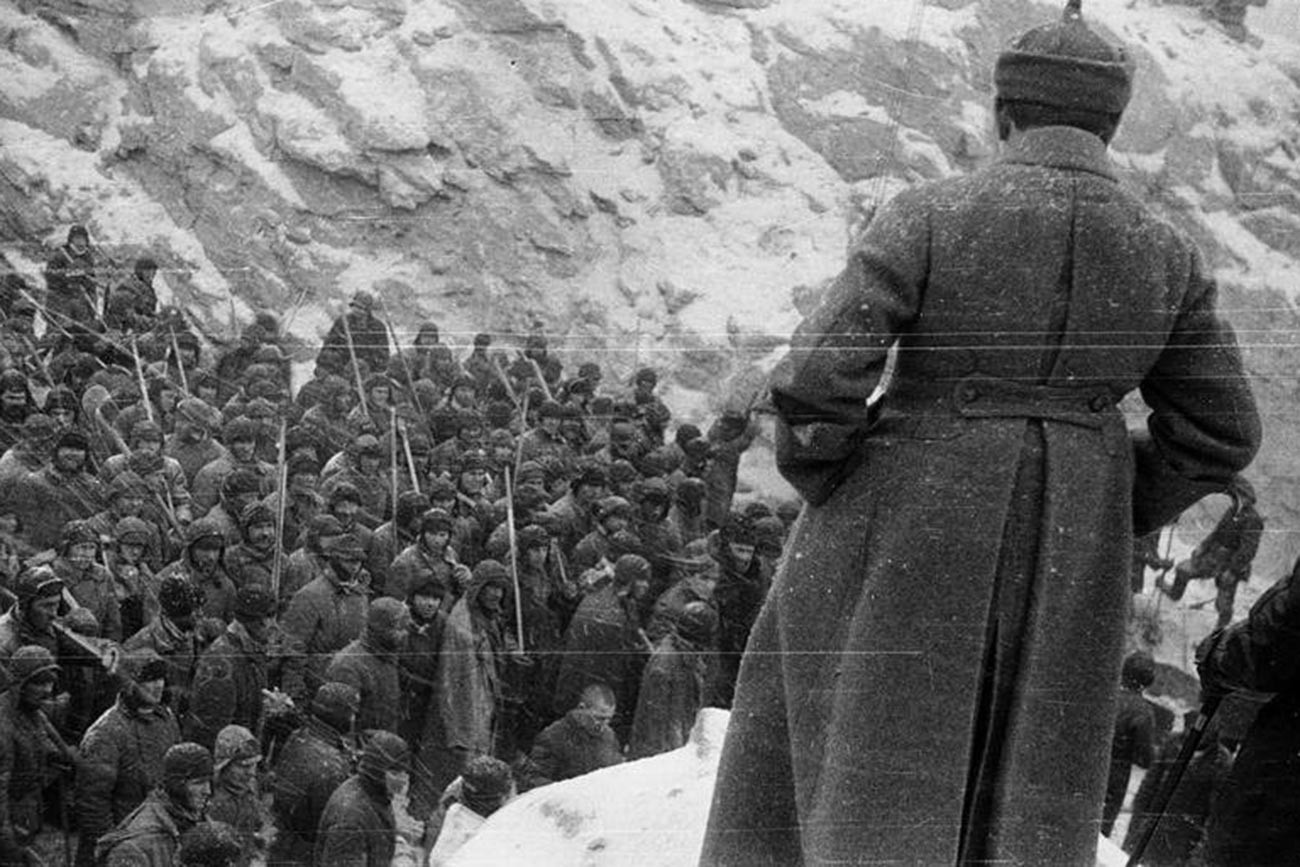 A month later, the hungry, sick and exhausted people, who had been surviving on tiny food rations occasionally distributed to them, were evacuated from the island. However, their ordeal did not end there. They continued to die in the Siberian settlements trying to survive on meager rations in the cold and damp barracks that were not fit for living. In the end, of the 6,000 people, just over 2,000 survived their long ordeal.

This tragedy would have remained unknown to anyone apart from the local residents, had it not been for Vasily Velichko, an instructor of the Narym district committee of the Communist Party. He was sent to one of the labor settlements in July 1933 to report on how the “declassed elements” were being successfully resettled there, but, instead, he completely immersed himself in an investigation of what had happened.

Velichko sent his detailed report, based on the testimony of dozens of survivors, to the Kremlin, where it created quite a stir. A special commission that arrived in Nazino conducted a thorough investigation, finding 31 mass graves on the island with 50-70 corpses in each. 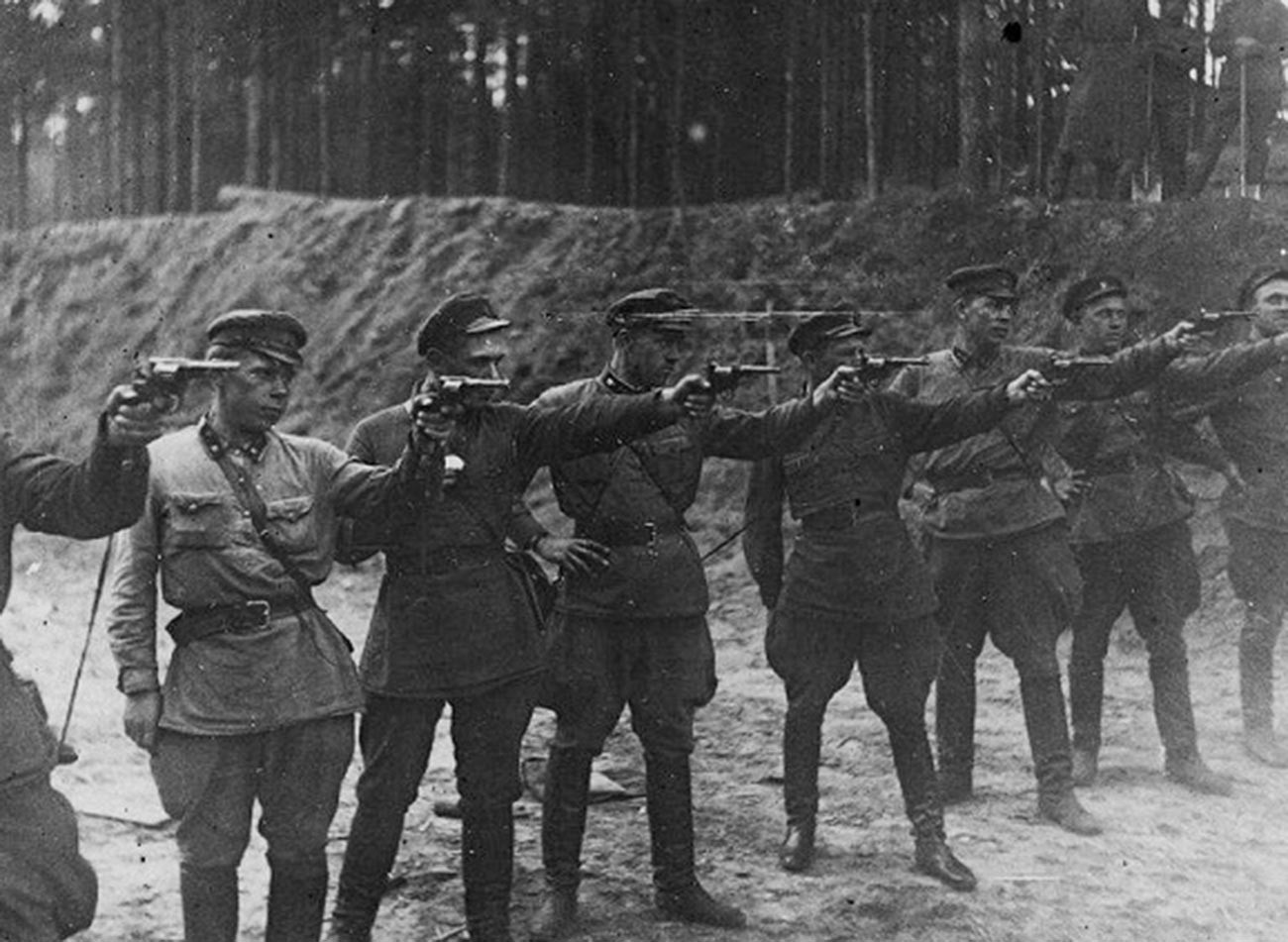 More than 80 deportees and guards were prosecuted, including 23 who were sentenced to capital punishment for “looting and assault” and 11 for cannibalism.

Once the investigation was over, the details of the case were classified, together with Vasily Velichko’s report. He lost his job as a party instructor, but was not subjected to any further sanctions. Having become a war correspondent, he survived World War II and wrote several novels about the socialist transformations in Siberia, but he never dared to write about the “island of death”.

The general public learned about the Nazino tragedy only in the late 1980s, shortly before the collapse of the Soviet Union.