Why did the Soviets construct this building from ROOF down? (PHOTOS) 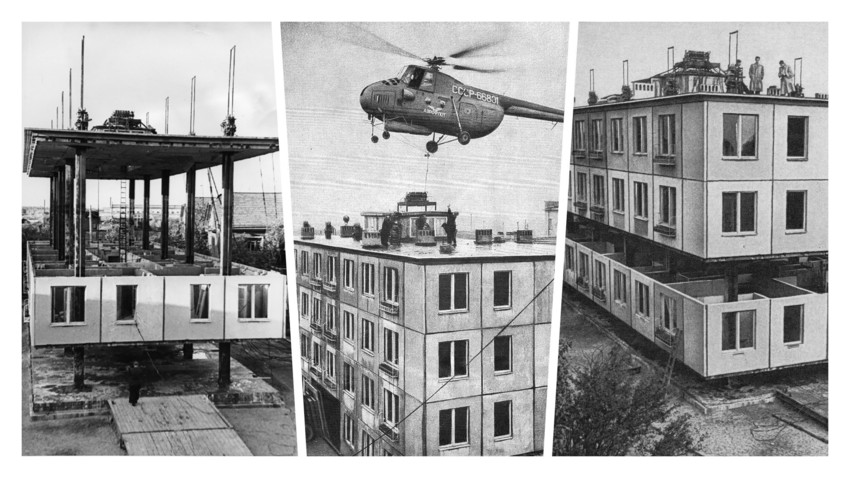 State Central Museum of Russian Modern History
Perhaps, this is the most ridiculous way to construct a building, but the unusual process did have its logic.

In the late 1950s and early 1960s, the Soviet Union had a grandiose housing project in action. The state was set to provide housing to millions of workers all over the Soviet Union in the shortest possible time. 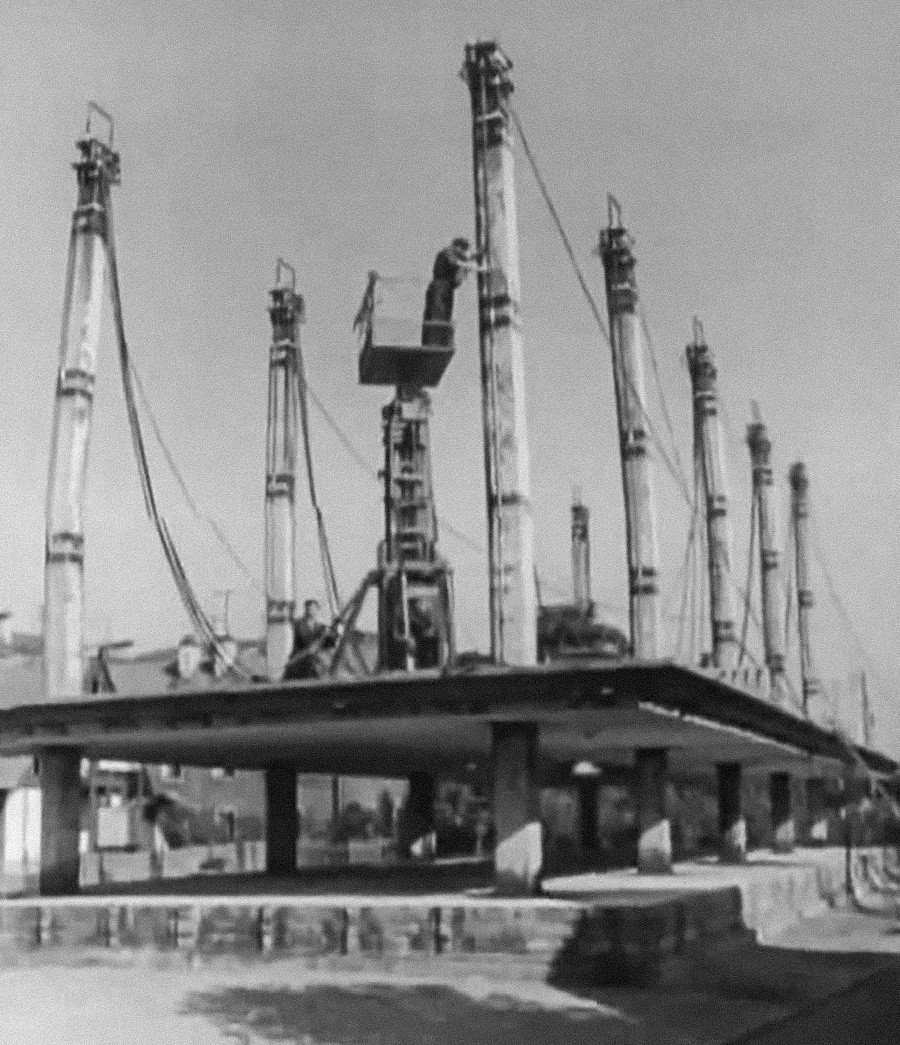 A daunting task like this demanded nonstandard solutions; a novel, more efficient way to construct buildings. As an experiment, engineers in Leningrad (now St. Petersburg) attempted to build a khrushchevka, a Soviet-style condo, starting with the roof and then proceeding to build floors from top to bottom. 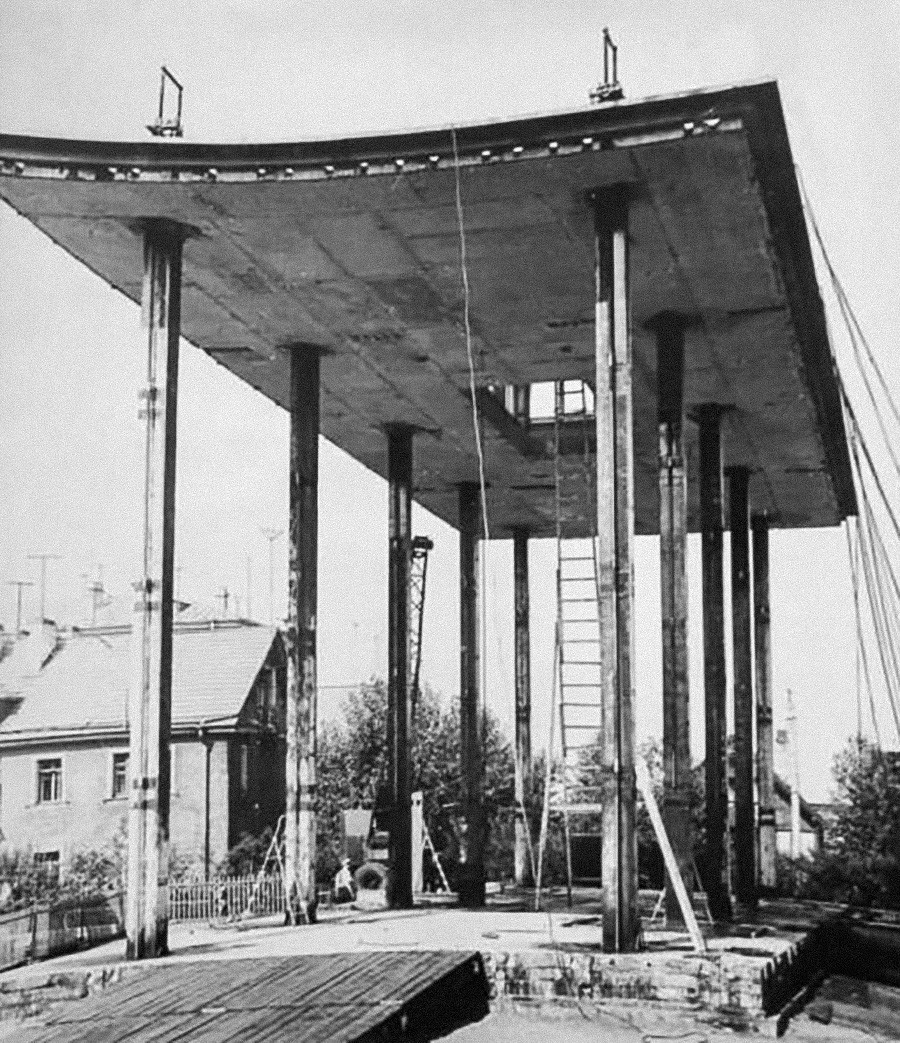 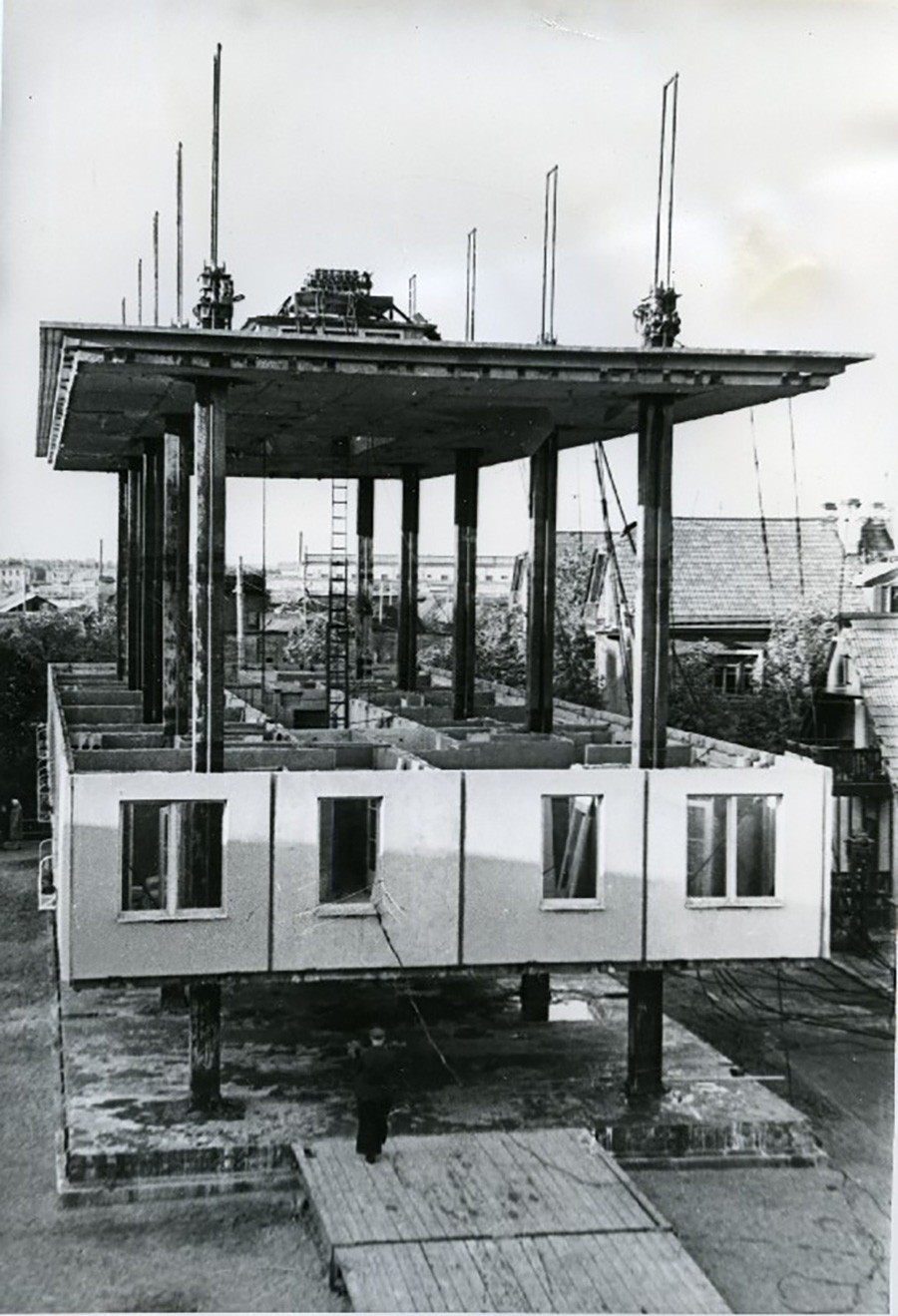 In 1959, the experiment began in Leningrad. At first, the constructors erected ten pillars. Then, they raised a 150-ton roof on top of the pillars using industrial hydraulic jacks.

As the next step, the workers constructed the fourth, and also the highest, floor of the building on the ground level and raised it to the top as well, using the same hydraulic jacks.

Construction of the third, second and first levels of the building proceeded in the same unusual way, from top to bottom.

After construction was finished, a Mi-4 helicopter was required to remove the hydraulic jacks from the rooftop. 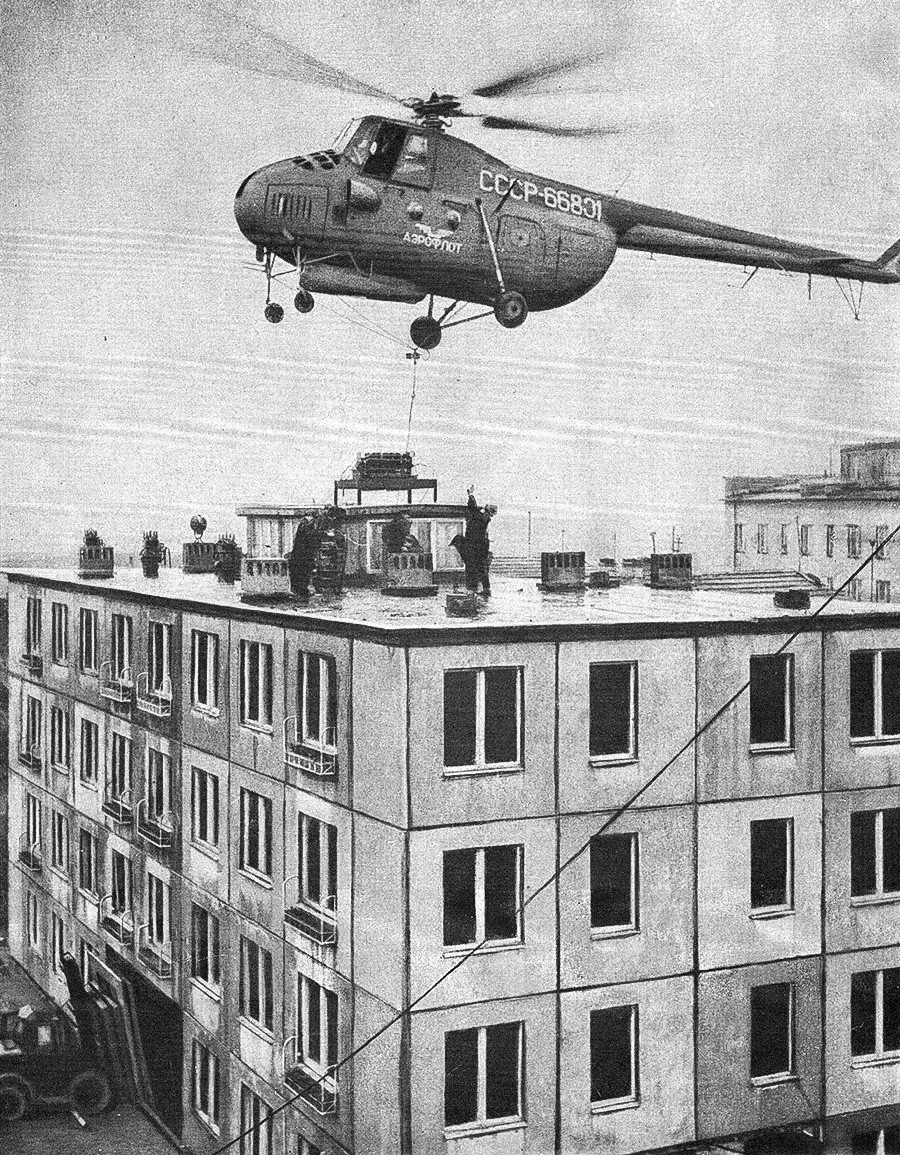 The "At ours, in Leningrad" collection/Soviet writer, 1961

It’s not clear if the construction process that required the use of a helicopter was any more efficient than a standard one using cranes, but the novel way did not catch on for a different reason. 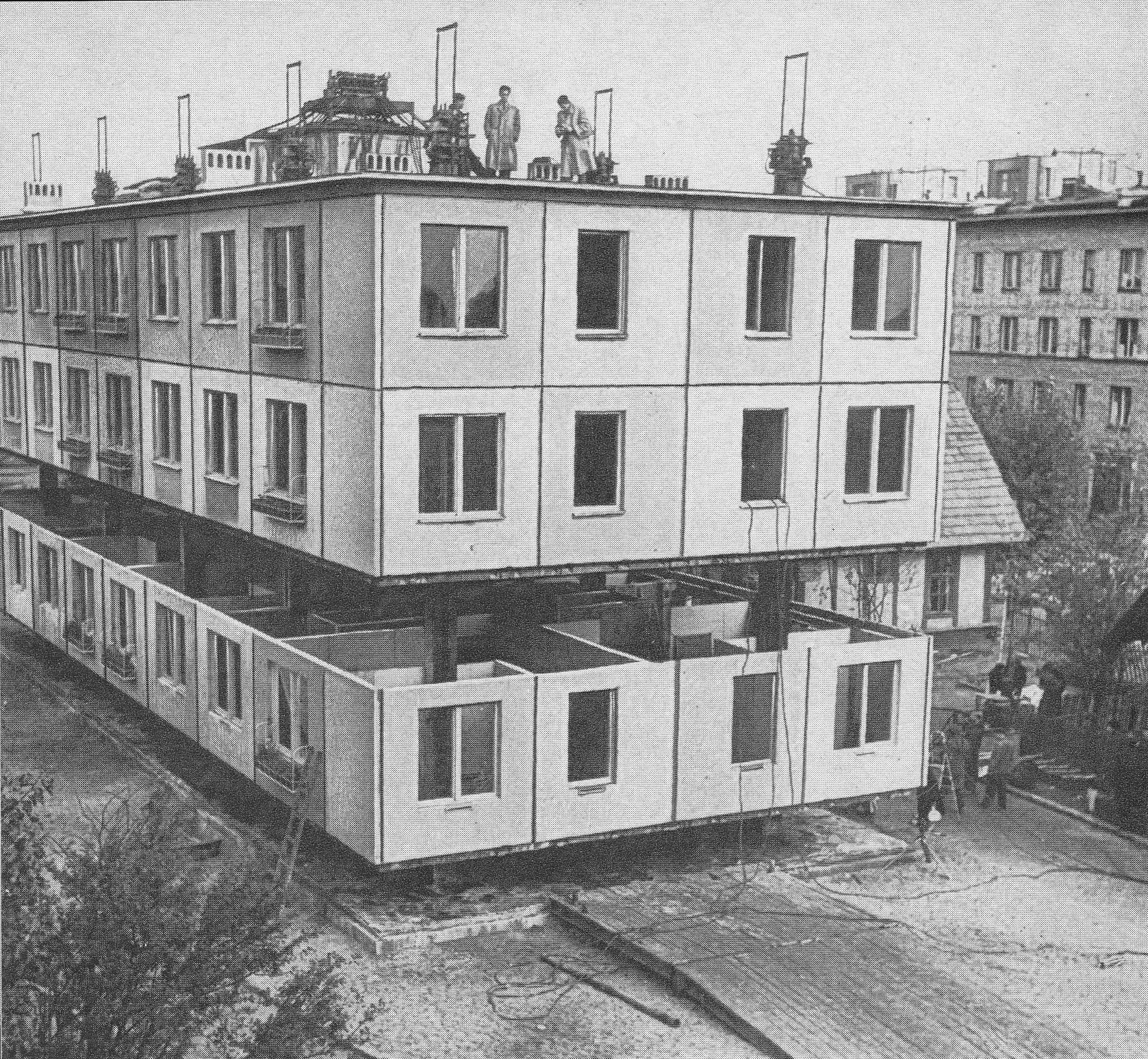 A further inspection of the few houses constructed this way revealed an unacceptable level of shrinkage and significant cracks in the walls. Compared to the same khrushchevkas built in the conventional way, these houses appeared inferior. The project was dropped soon after it began. 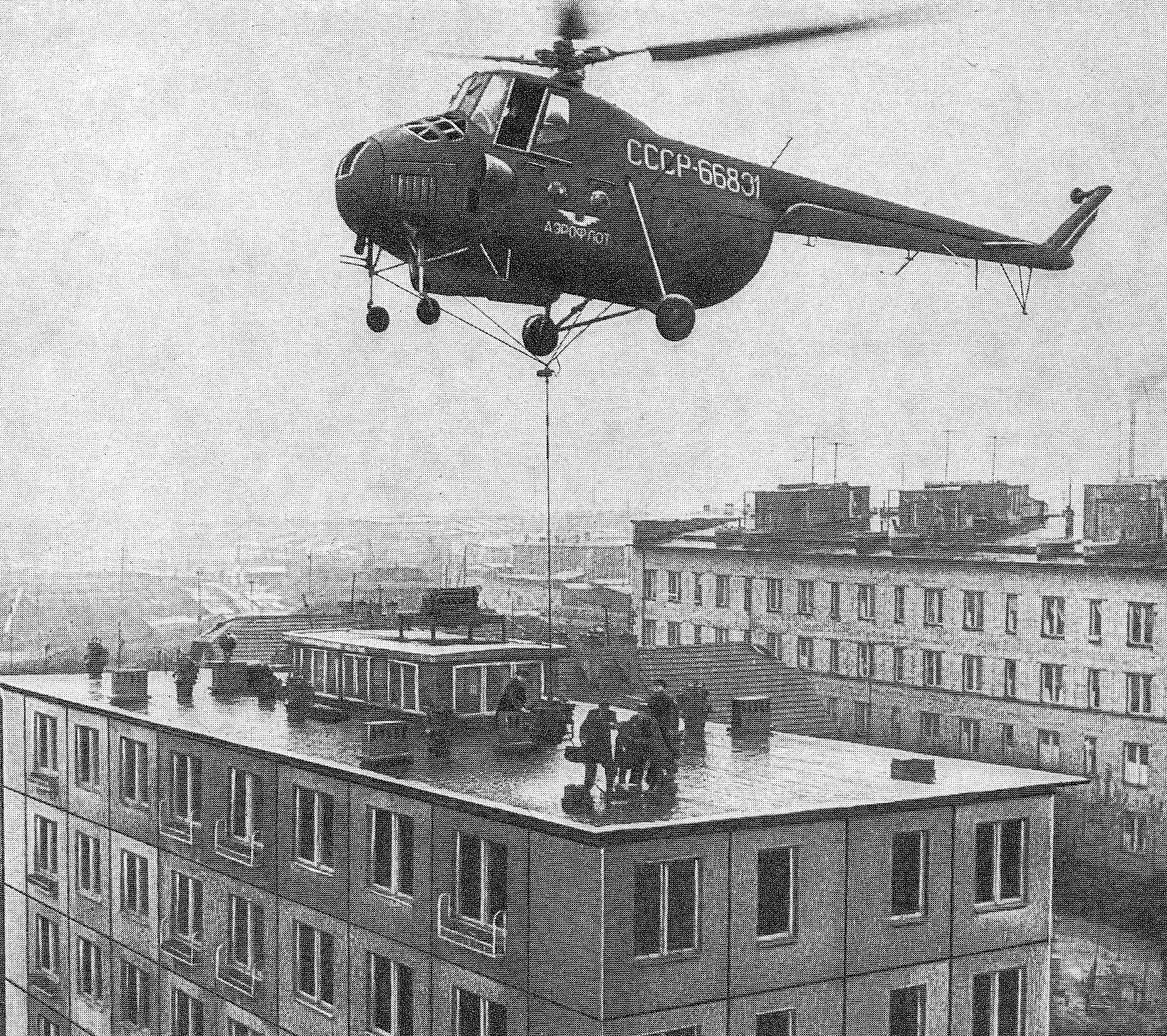 Despite the cracks though, some of these houses are still intact in St. Petersburg today. This is one of them. It looks just like a regular khrushchevka and it’s almost impossible to distinguish it from the rest of the houses in the neighborhood. Nonetheless, there are some critical differences that set it apart. 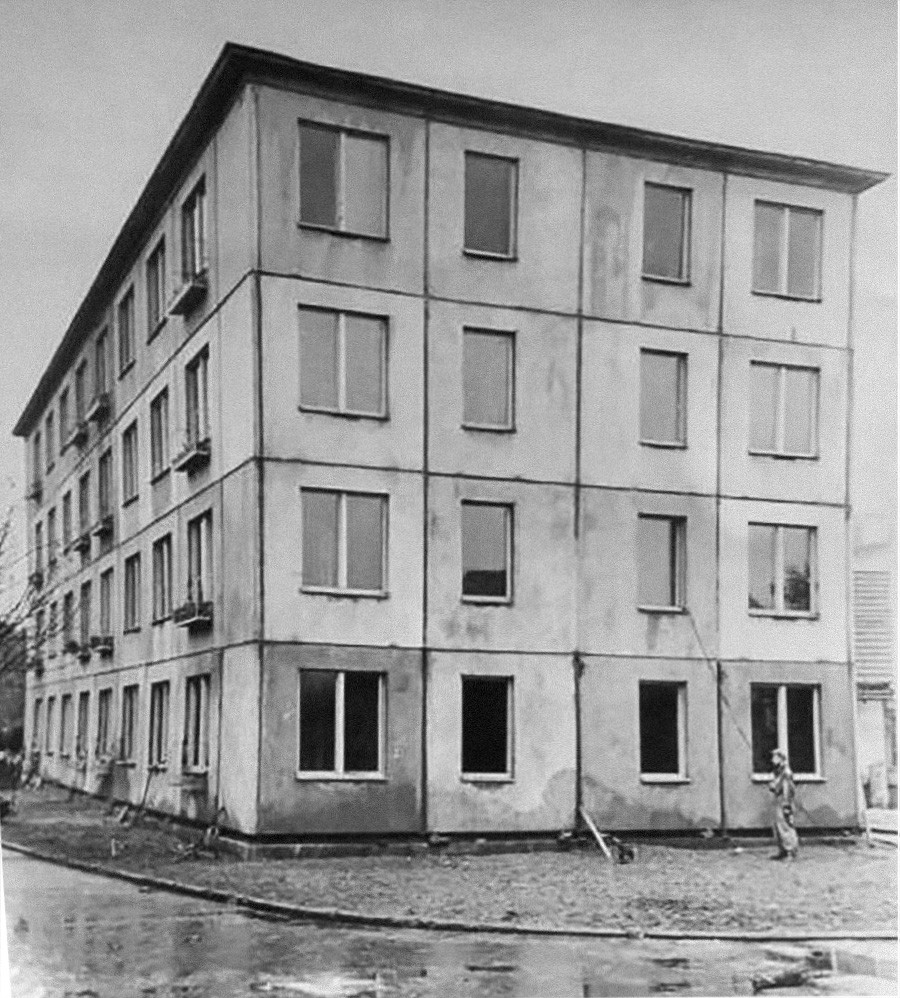 In contrast to the usual khrushchevkas, this condo has only one entrance instead of the usual two. Inside, it has a windowless stairwell that pierces the whole building and therefore looks very unusual compared to standard stairwells in conventional buildings of the same era. 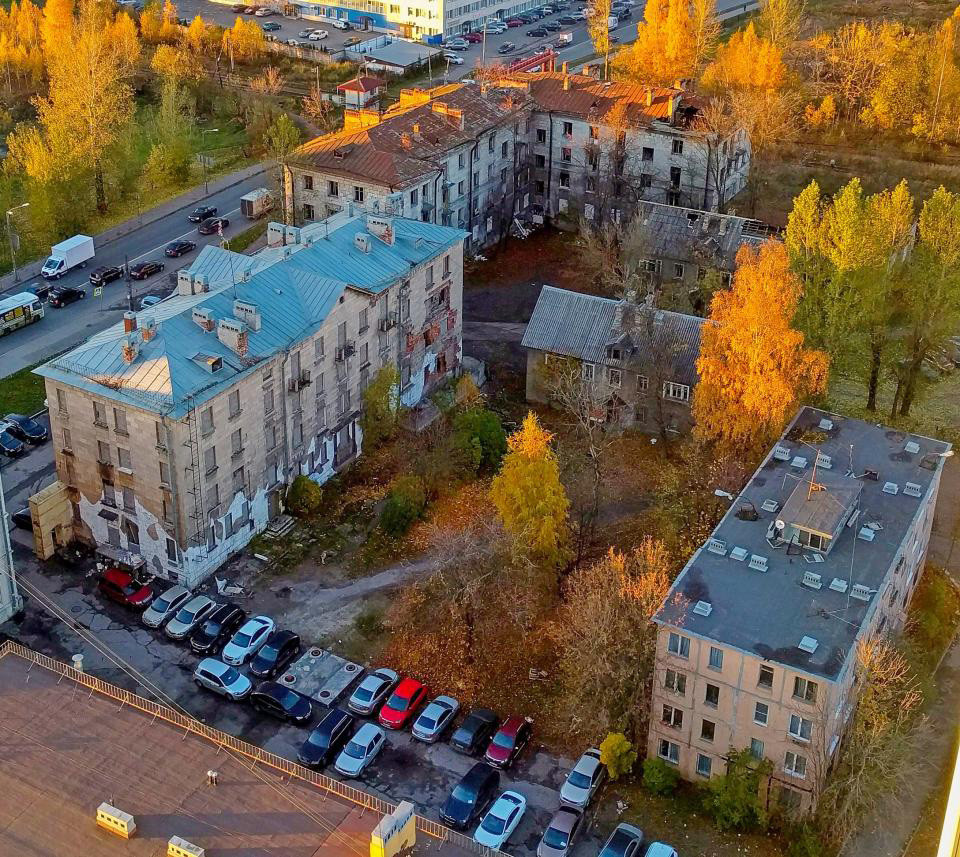 The building is seen on the right.

Next to the old condo is a new housing complex, constructed after the fall of the USSR. Despite resembling an anthill, it is considered a more favorable residence than an apartment inside the old khrushchevka that was built from top to bottom in 1959. 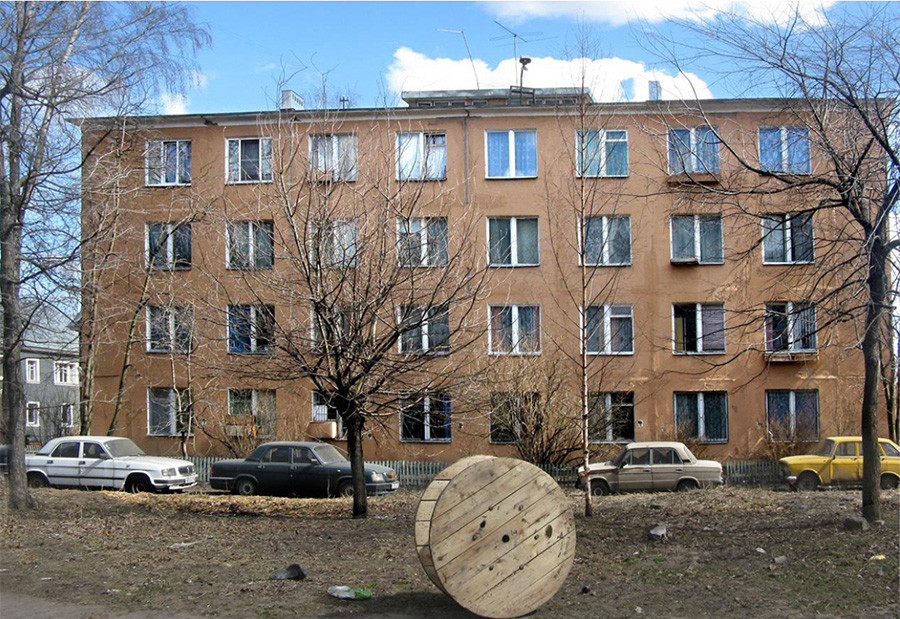 Click here to find out why Russians live in ‘anthills’ if the country is so big.