The COMPLETE history of the Russian parliament 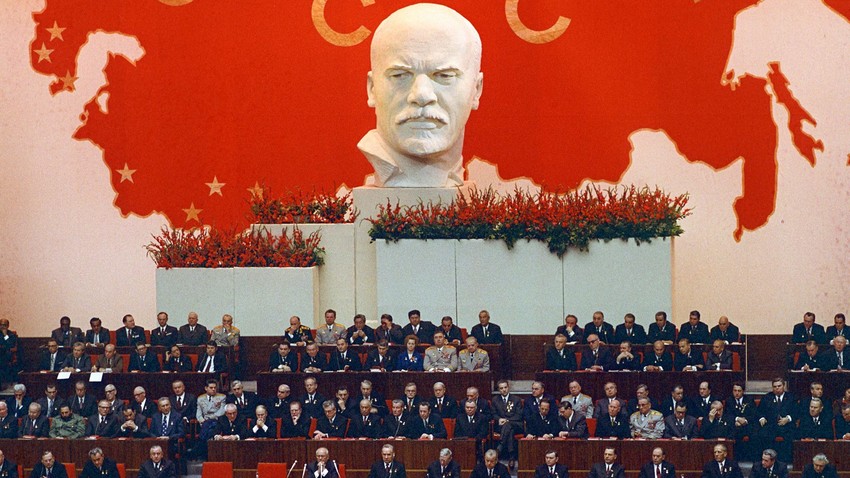 Mikhail Kuleshov/Sputnik
Long before the State Duma was created, the Russian people had ways of making decisions by gathering in different bodies that preceded the formation of parliament.

The definitive quality of ancient Russian democracy was that the needs of the peasants and poor townsfolk were mostly represented by their landlords, wealthy townspeople and military commanders. Popular elections as such were first introduced only at the beginning of the 20th century. 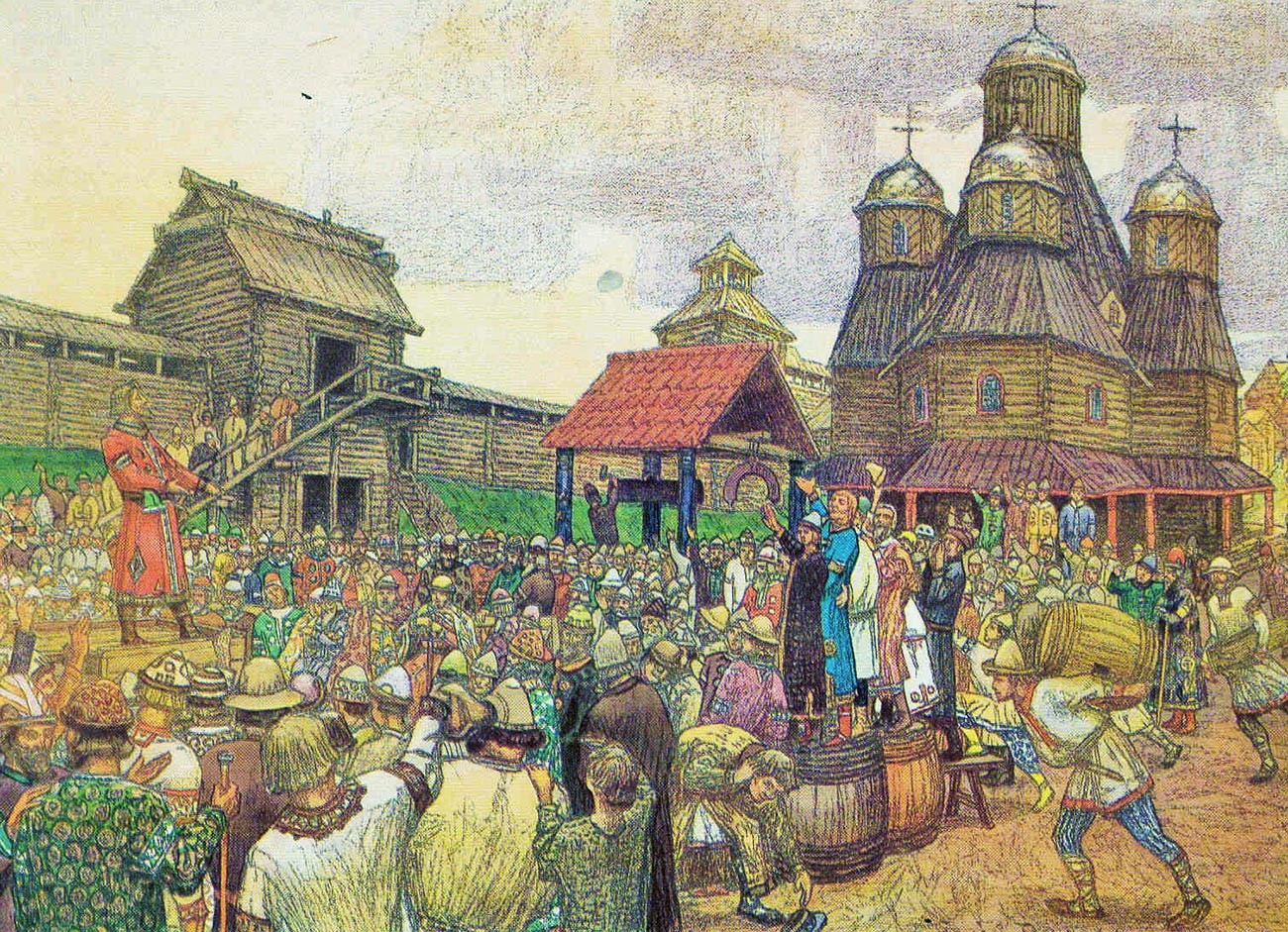 "Veche in Pskov," 1909, by Apollinary Vasnetsov

Before the Rurikid princes came to power in the Russian lands, many big cities, including Novgorod, Pskov, and Kiev, were governed by veche – a popular assembly consisting of all active citizens of a town. Veche wasn’t a parliament in a strict sense, because there were no elections whatsoever – just the most powerful, wealthy, and respected citizens gathering in the city square. The Novgorod veche, for example, consisted of about 300 people.

In 11th-13th centuries, during the feudal fragmentation of the Russian lands, veches in different towns acted alongside the Rurikid princes who were based in these towns. Renowned Soviet historian Mikhail Tikhomirov stated that a diarchy of princes and veches existed: while princes held judicial and legislative powers, veches expressed the opinion of the population.

The main principle of veche was unanimity – any decision posed before the veche by a prince or powerful boyars had to be approved unanimously by all the members of the veche. So sometimes, veche gatherings continued for weeks until virtually everyone was satisfied with the solution. Powerful veches, like the ones of Novgorod and Pskov, could even ban the princes from reigning in towns, distribute lands, choose bishops, and pronounce executions.

Veches ceased to exist during the centralization of Russian lands under the leadership of Moscow. In order to collectively fight the Mongol-Tatars, decisions were made by the Moscow Grand Princes, who also led the Russian armies. The longest-surviving veches of Novgorod, Pskov, and Vyatka (currently Kirov) ceased to exist after these towns were subdued by Moscow in the 15th-16th centuries. 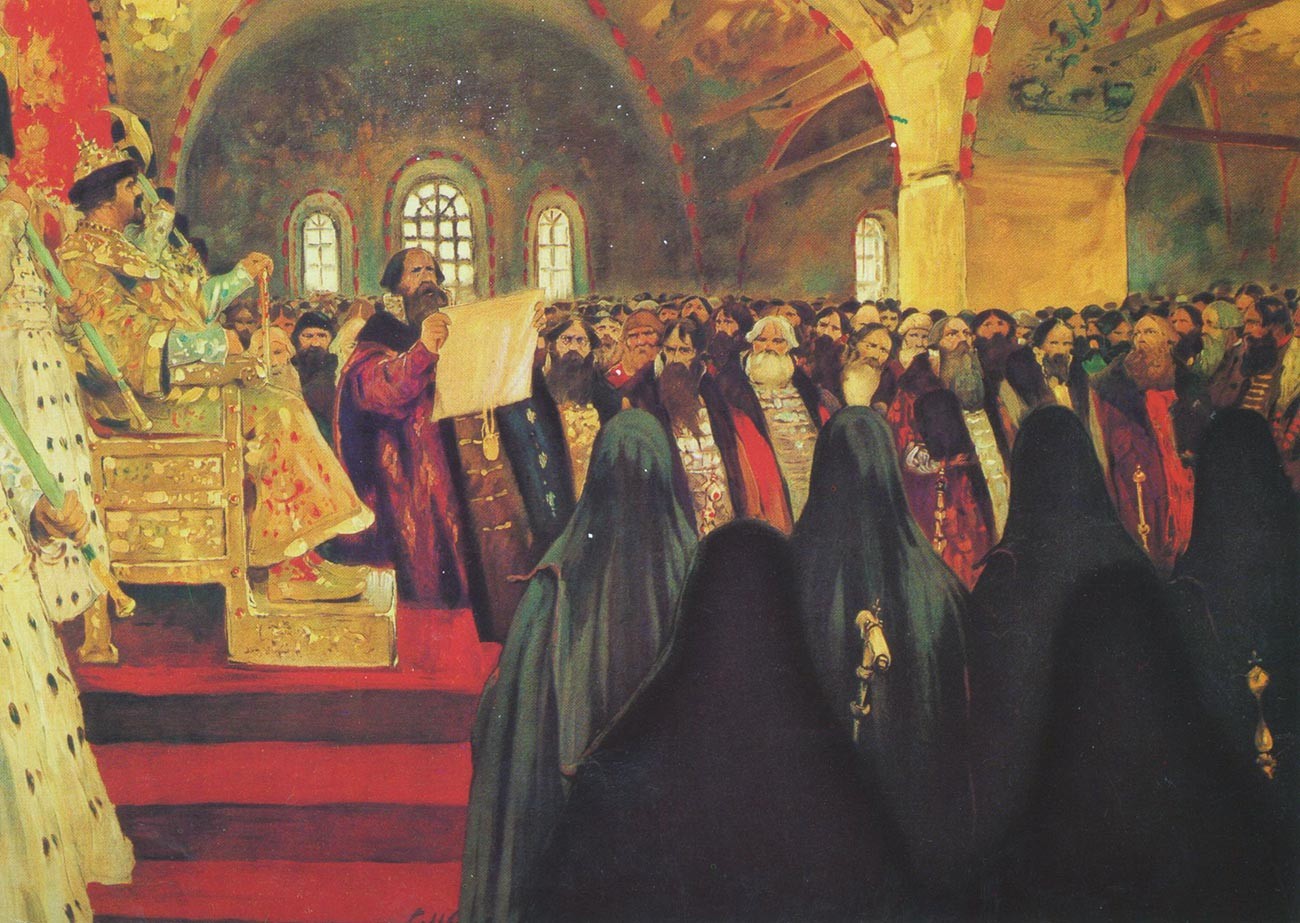 Zemsky Sobor (Council of the Land) was named to distinguish it from the church councils. Zemsky Sobors were never regular. They were usually convened at the call of the Tsars to discuss matters of state importance.

The first Zemsky Sobor was gathered at the behest of Ivan IV the Terrible in 1549 to validate the new Code of Laws (Sudebnik) and forthcoming reforms. Representatives from all denominations of the society and all lands of the Moscow Tsardom were present.

The Zemsky Sobor consisted of the Church Sobor (gathering of priests from all lands, headed by the Metropolis, and later – by the Patriarch), the Boyar Duma (the government of the Tsardom), and the representatives of the lands. They were gathered irregularly to discuss urgent matters like starting a war, or introducing taxes.

Zemsky Sobors existed from 1549 to the 1680s, the exact number of sessions is unknown, but there were about 60 of them, with most taking place in the 17th century. Zemsky Sobors ended when Peter the Great started his major reforms introducing absolute monarchy in Russia, where there was no place for representative organs.

The Russian Empire: two centuries without a parliament 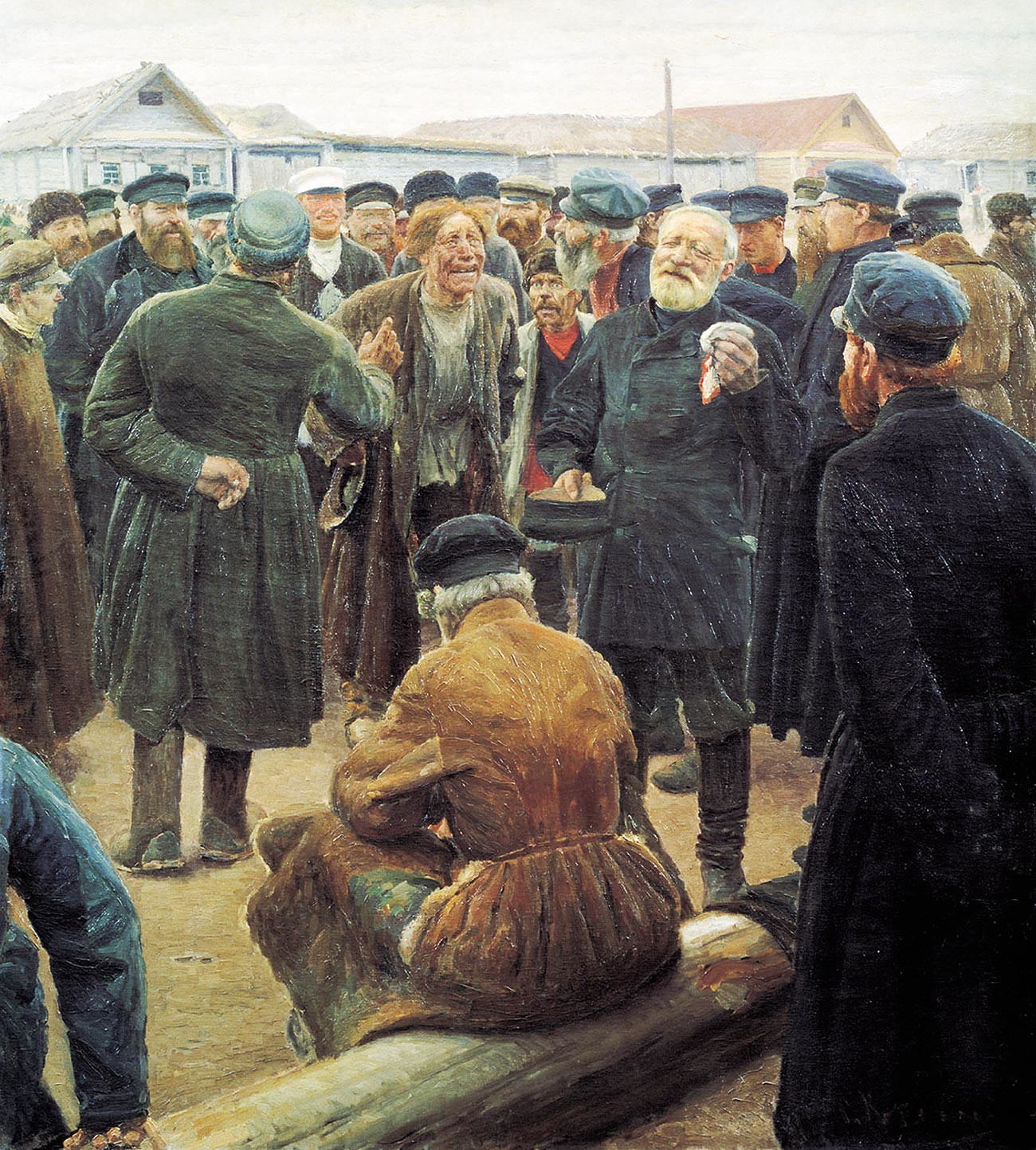 However, the peasants themselves preserved the democratic institute of rural community (община, obschina, meaning “the common thing”), where the decisions were taken collectively: obschina chose recruits to be drafted to the army; distributed the tax burden across its members; and could cover up crimes or support someone of its circle financially. After the emancipation of 1861, the village communities were given official status as self-governing bodies. By the beginning of the 20th century, there were over 100,000 village communities in Russia.

The State Duma of the Russian Empire 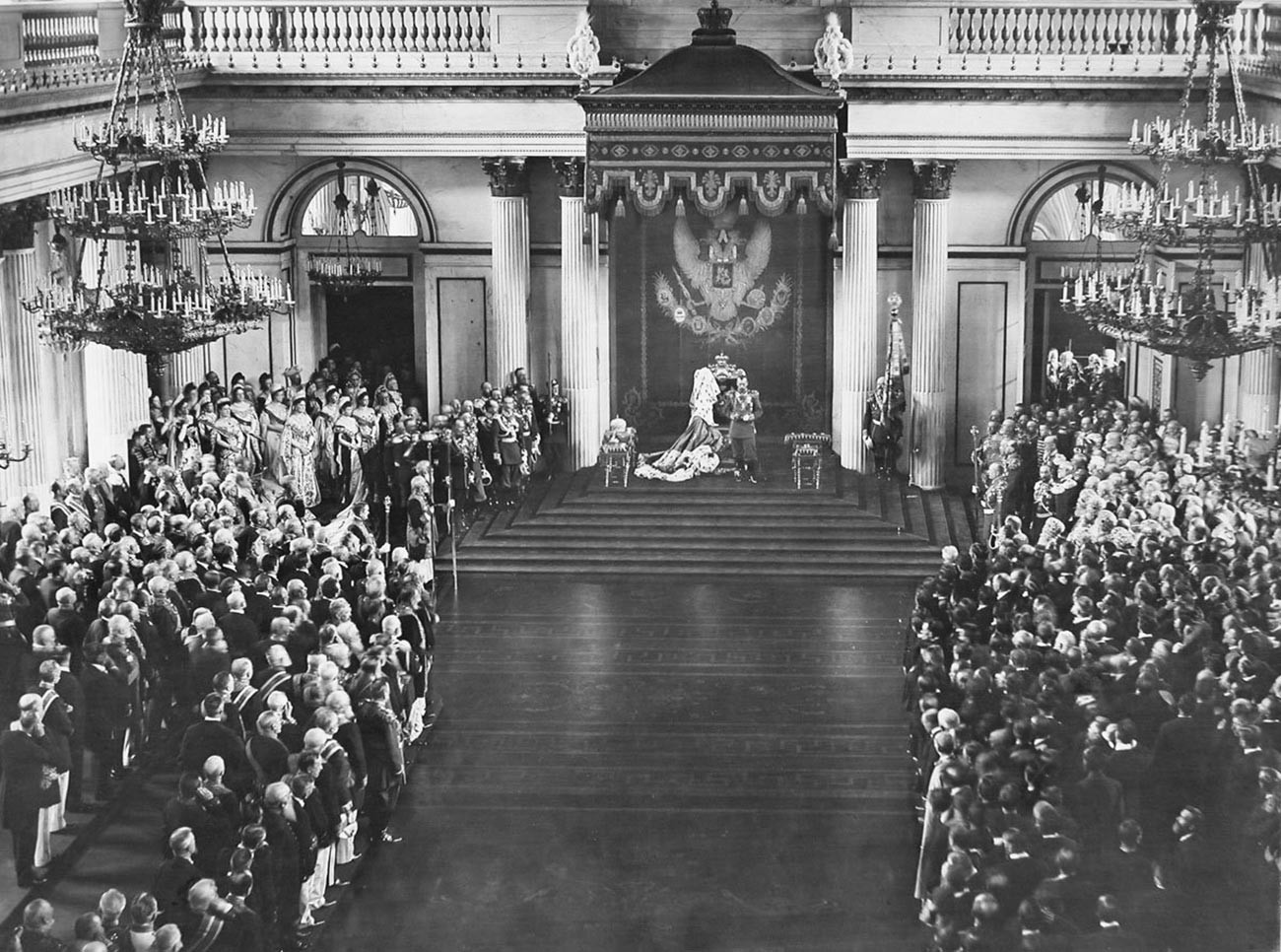 The grand opening of the State Duma and the State Council. The Winter Palace. April 27, 1906.

The Revolution of 1905 was a series of mass uprisings, workers’ strikes, and riots in different parts of the Russian Empire. One of the main demands of the people was restriction of the Emperor’s authority by introducing a representative state body.

According to the new election law of December 11th, 1905, 49% of the deputies in the new Duma were to be elected by the peasants. The right to vote was granted to people who had property (for example, only peasants who owned a house were allowed to vote), and women weren’t allowed to vote at all. The elections were not direct – voters chose the electoral colleges that, in turn, chose the deputies.

The first gathering of the new State Duma happened on April 27th, 1906. However, the Duma quickly started demanding urgent actions like banning the death penalty, amnesty of political prisoners, giving the peasants more land, making the Council of Ministers responsible to Duma, etc. All their demands were denied by the government, and eventually the Duma was disbanded on July 8th, 1906, by Nicholas II. 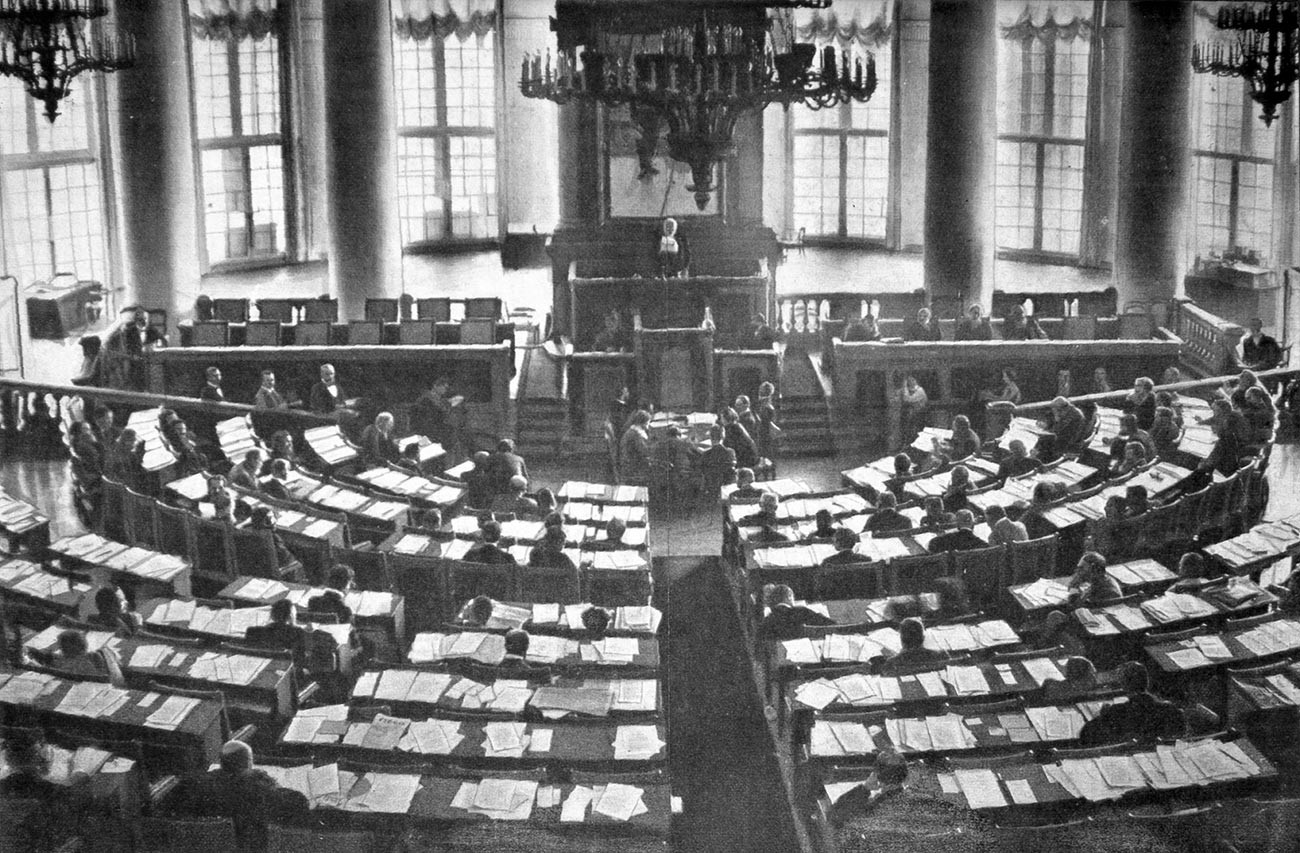 Museum of the Political History of Russia

The second State Duma existed from February 20th to June 3rd, 1907, and was also dissolved following the order of Nicholas II. The reason was the prevalence of left-wing political parties in the Duma – Pyotr Stolypin, the prime minister, couldn’t find common ground with their radical demands, so he persuaded the Emperor to dissolve the Duma and change the electoral laws.

The third Duma consisted mainly of right-wing parties, convenient for the government. However, this Duma didn’t represent the demands and wishes of the society. The third Duma was the only one of the four that worked for the entire five-year term prescribed by the law on elections.

The fourth Duma, which started its sessions in November 1912, worked until February 25th, 1917, when it was formally disbanded by Nicholas II. However, the Duma didn’t comply with the Emperor’s orders and continued gathering in private sessions. It eventually formed the Provisional Government that played a crucial role in the February Revolution of 1917. On October 6th, 1917, the Provisional Government finally disbanded the State Duma.

Soviet Union: The Congress of Soviets and The Supreme Soviet 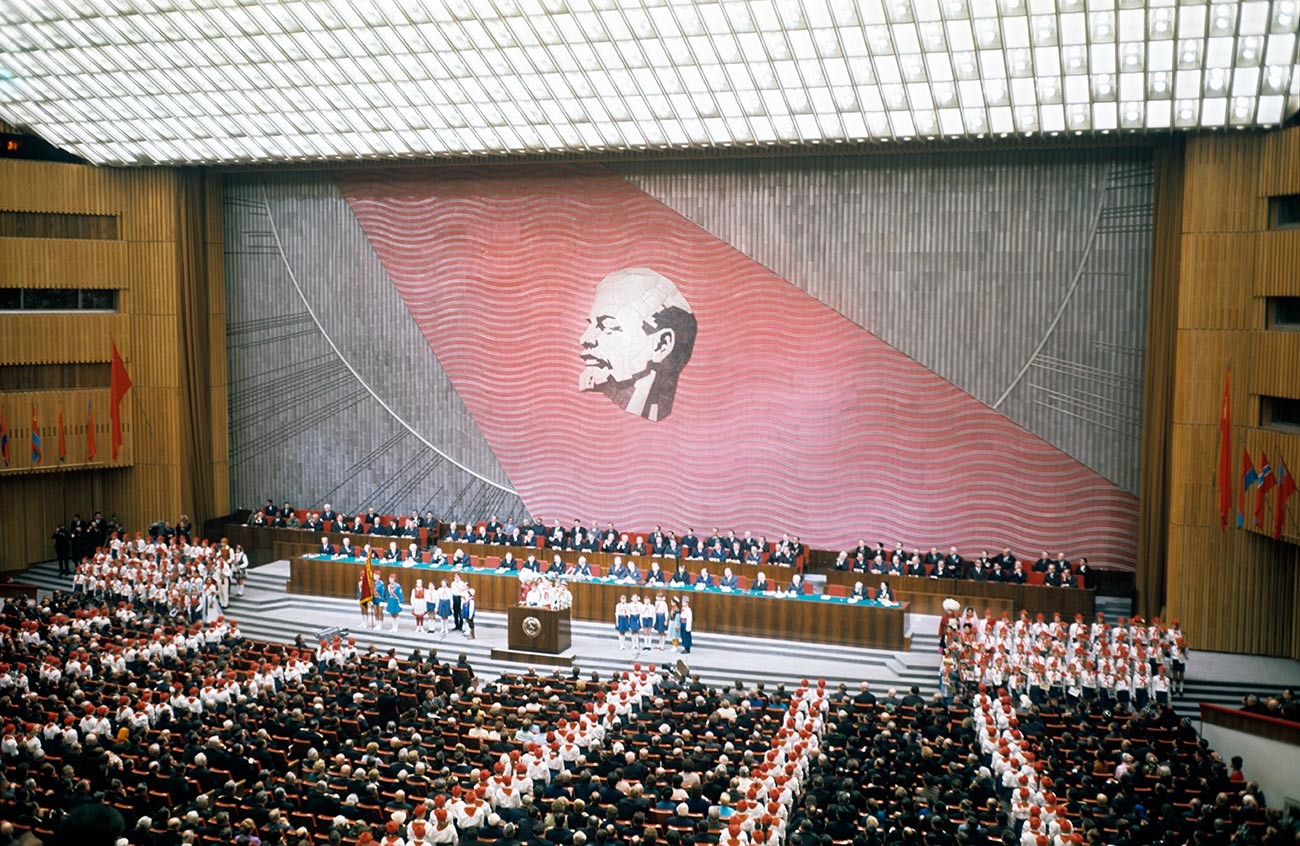 From 1918-1936, a parliamentary-like structure called The Congress of Soviets existed in the USSR. Soviets (советы, councils in Russian) were the basis of the Soviet governing system that gave its name to the whole Soviet Union. Soviets were groups of people elected in villages, factories, and towns to represent the wishes and needs of the population.

At the sessions of the Supreme Soviet, delegates held speeches, voted and discussed current matters. However, it was all staged, no real discussions took place, and all decisions were taken unanimously. So we can call the Supreme Soviet a pseudo-parliament – in reality, all important state decisions were made by the Politburo (the Political Bureau of the Central Committee of the Communist Party of the Soviet Union), i.e. by the heads of the Communist Party, under the leadership of the General Secretary, who was in fact the head of the state. 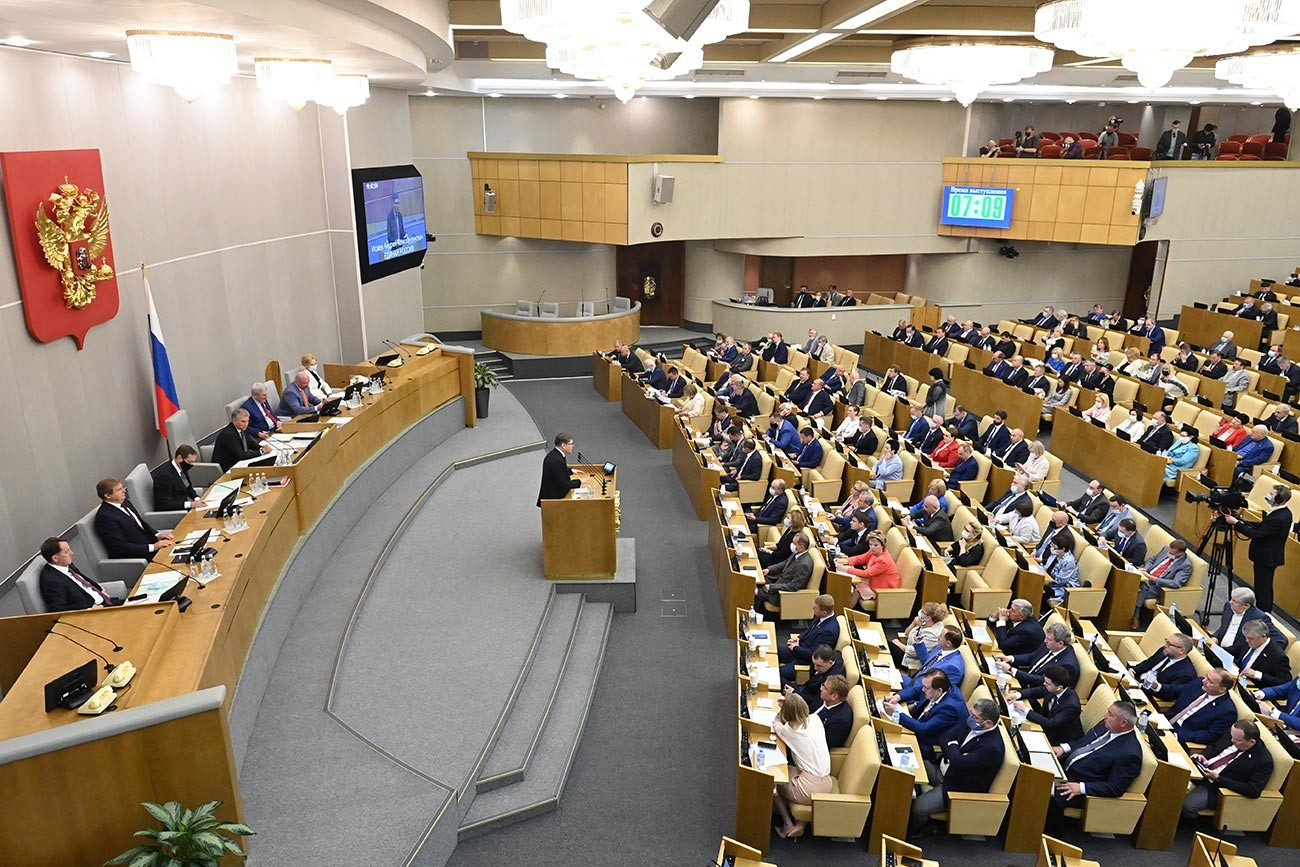 Deputies at the plenary session of the State Duma of the Russian Federation.

Currently, the Russian parliament is called the Federal Assembly of Russia. It consists of two houses: The State Duma (lower house) and the Federation Council (upper house). 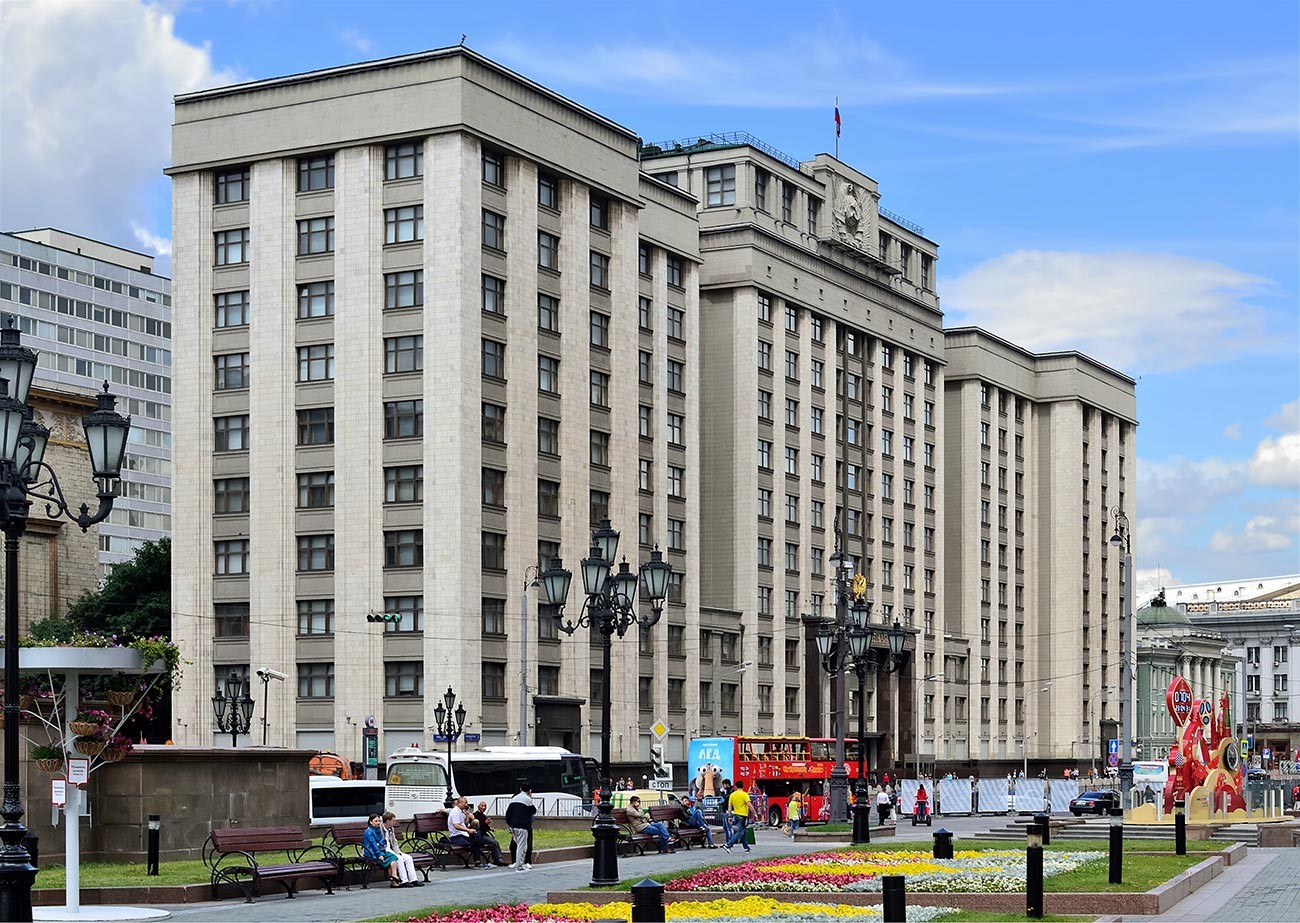 The State Duma has different functions, the most important of them are: discussing and approving or denying legislative drafts, consent to the appointment of the Prime Minister, hearing reports of the Government about its annual work, announcements of amnesty, and even bringing charges against the President in case of his impeachment (a two-thirds majority is required to do this). Any Russian citizen over the age of 21 and eligible to participate in elections may be elected deputy to the State Duma.