'A line, like for the mausoleum': What's behind this Soviet phrase? 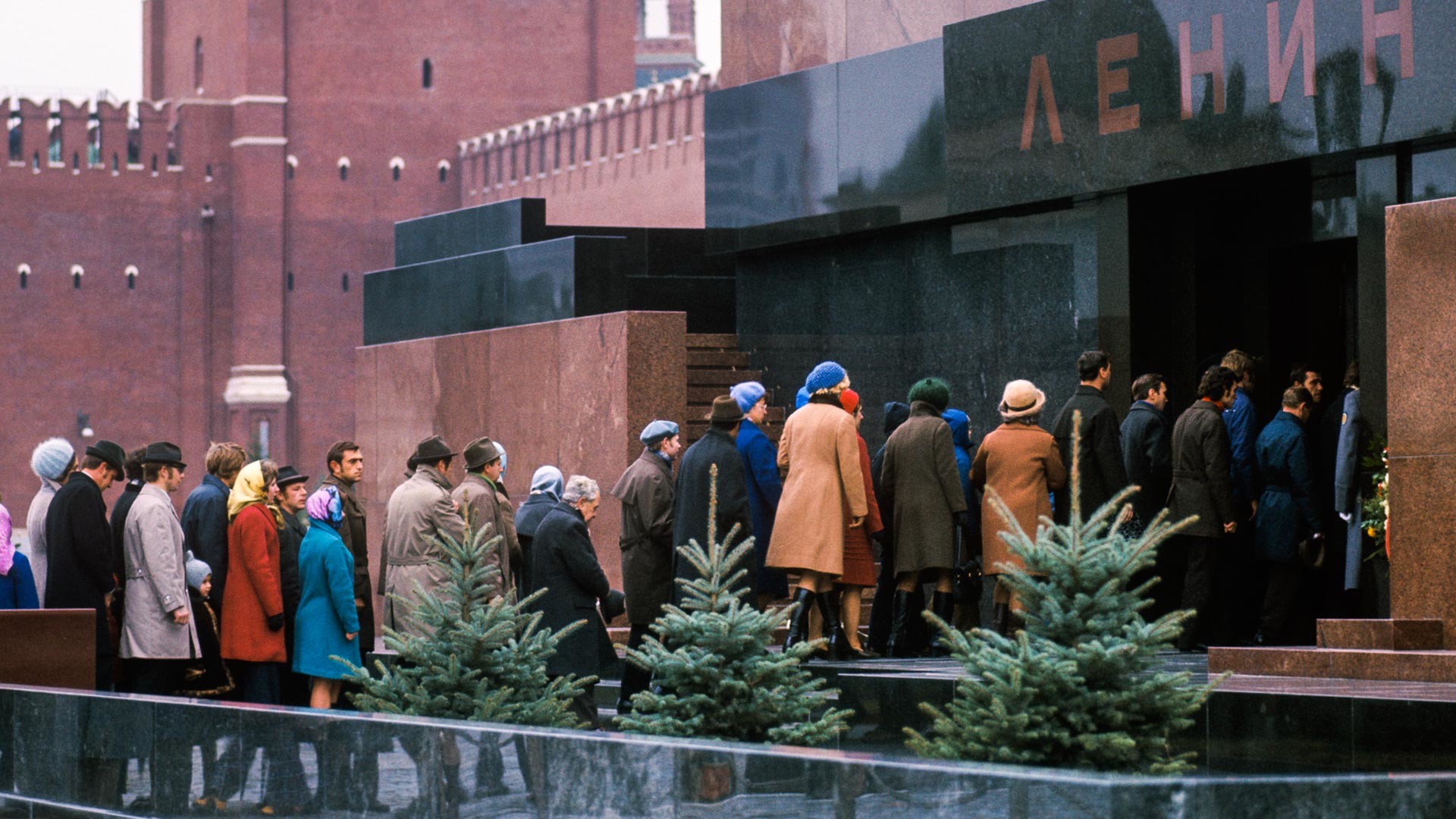 Ustinov/Sputnik
Russians still use many phrases that originate in Soviet times, and some may not be clear to foreigners without understanding the unique historical and cultural context.

"I decided to skip that exhibition in the Tretyakov Gallery; there was a line, like the one for the mausoleum!" This comparison, which can be frequently heard in Russia, probably won't make any sense to a foreigner. What’s the logic and what's the connection between a line and a mausoleum, and why is there a line for this mausoleum anyway? These are fair questions, so let us explain everything. 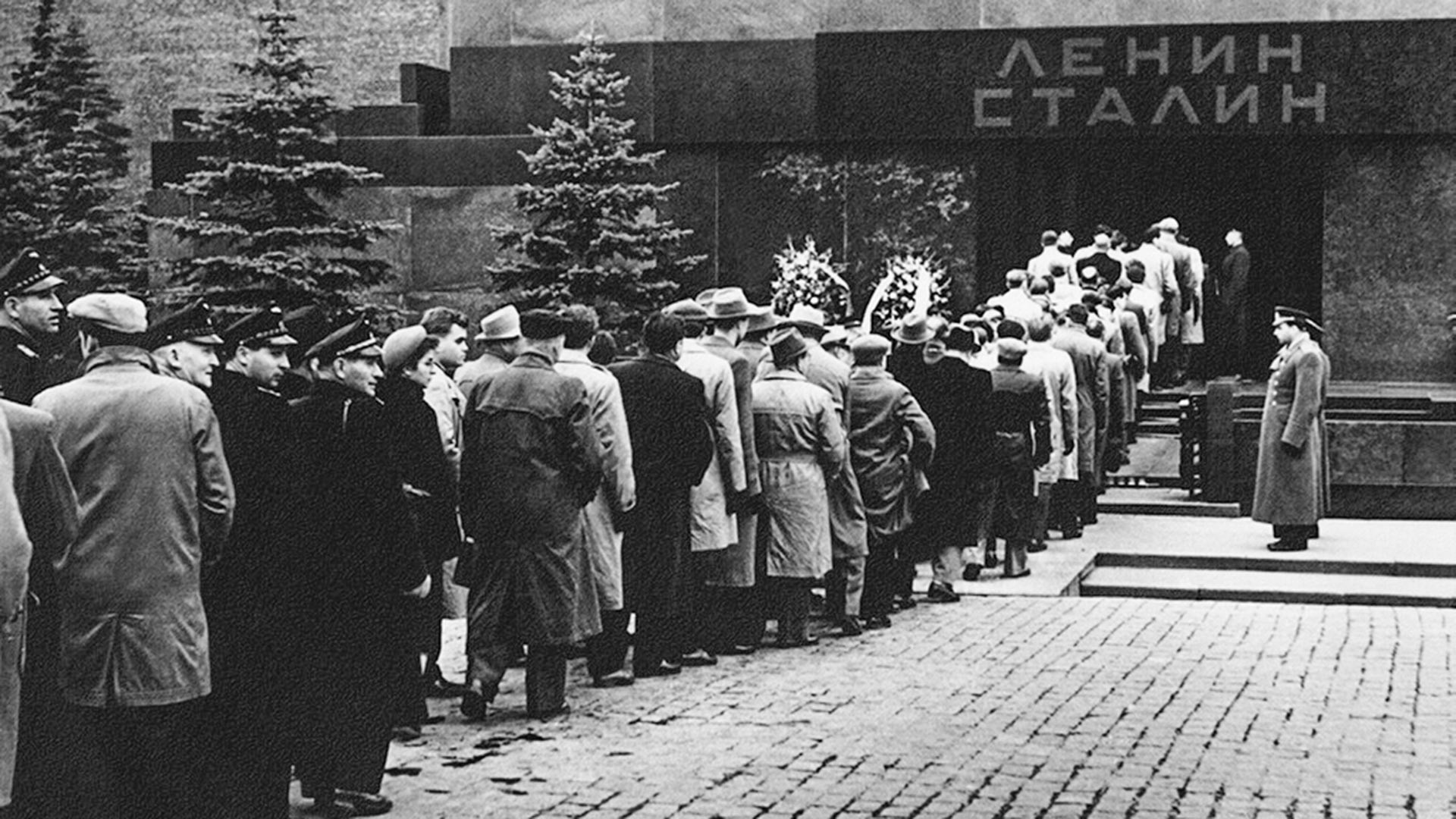 First of all, you might want to know, which mausoleum are we talking about? Well, for Russians there’s no question at all - it’s Lenin's. The leader of the Russian Revolution, Vladimir Lenin died in 1924, and the Bolsheviks decided not to bury him but to embalm his body, and to build a special mausoleum where it has been displayed ever since. Lenin was a god in the Soviet pantheon, the nation's idol, and almost immediately a huge crowd of workers and peasants lined up to see his preserved and lifeless body. 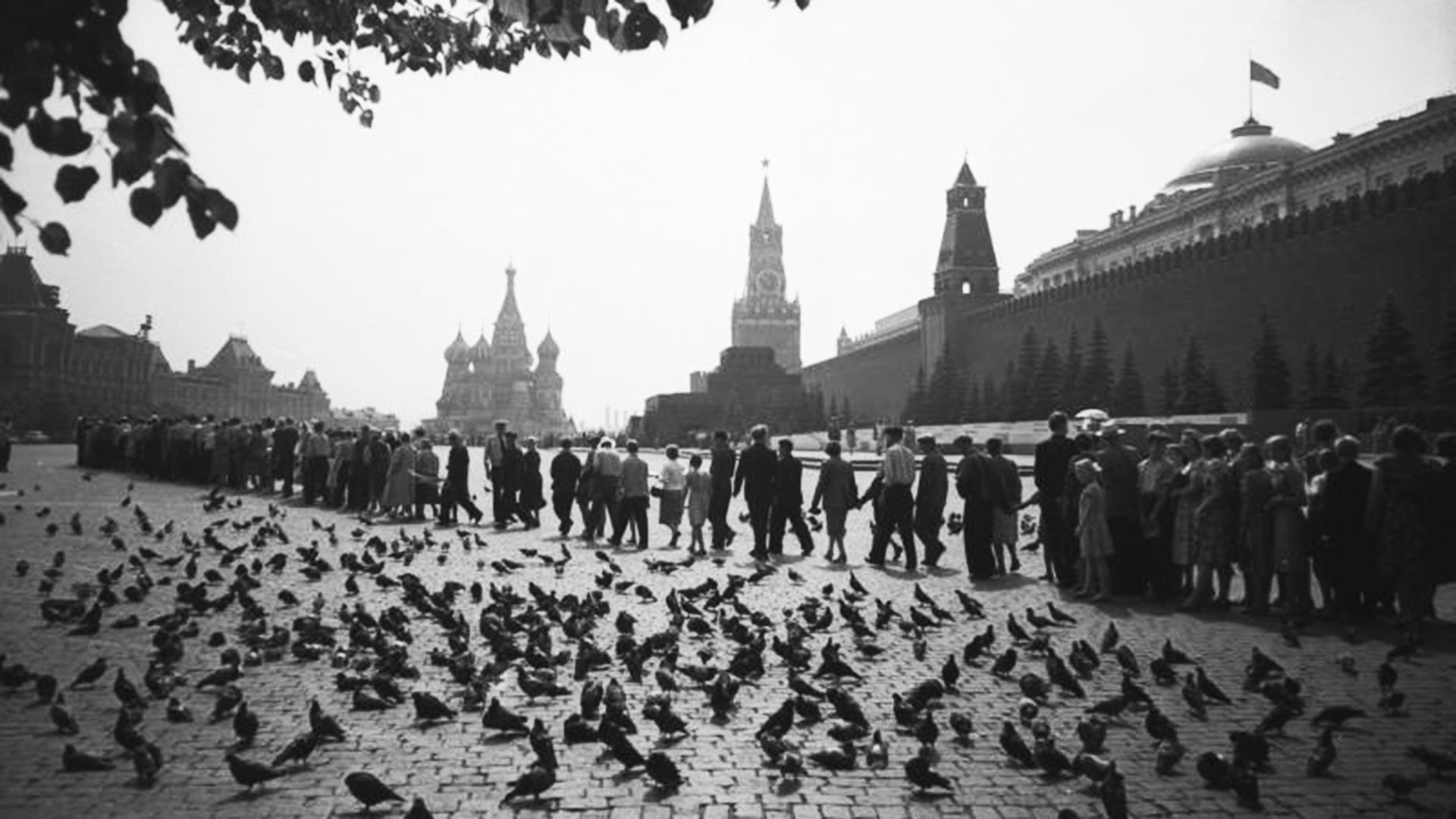 The line seemed to never end, but still such a visit became a tradition. Pioneers, engineers, soldiers, and foreign delegations stood in line... entire tours to the mausoleum were arranged. No matter if it was a hot summer day, or winter frost, people stood in line to see Lenin. 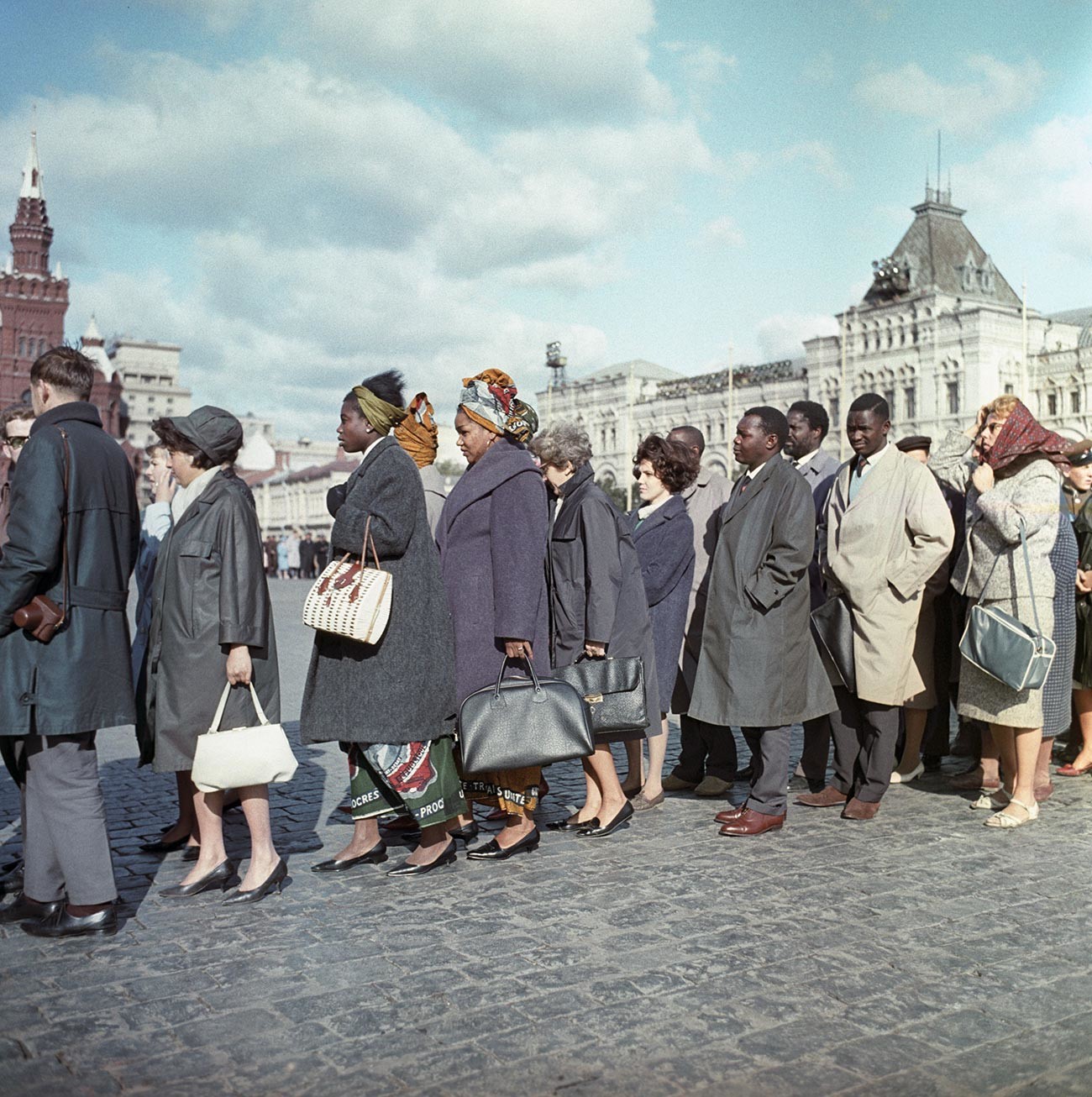 It could take several hours to reach Lenin (the actual process of viewing the body takes less than a minute; you’re not allowed to stay and stare). So, when one says 'a line like for the mausoleum', this means a very long line that took several hours; a line that seems to never end. 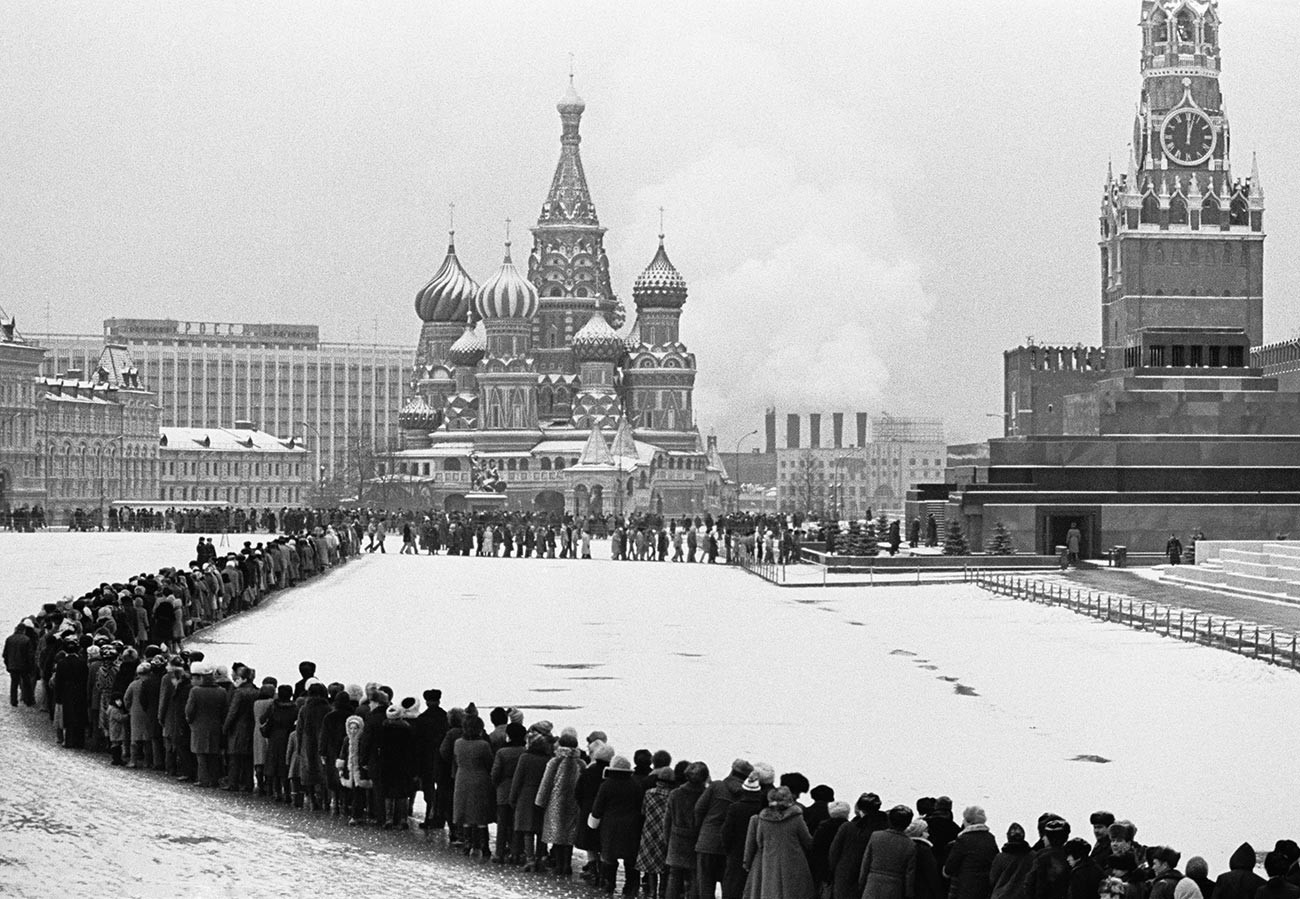 Actually, Soviet people were accustomed to lines - for the mausoleum, for the grocery store, for any store whenever scarce goods appeared. Sometimes people stood in a line all night long in order to buy rare shoes or a sofa. 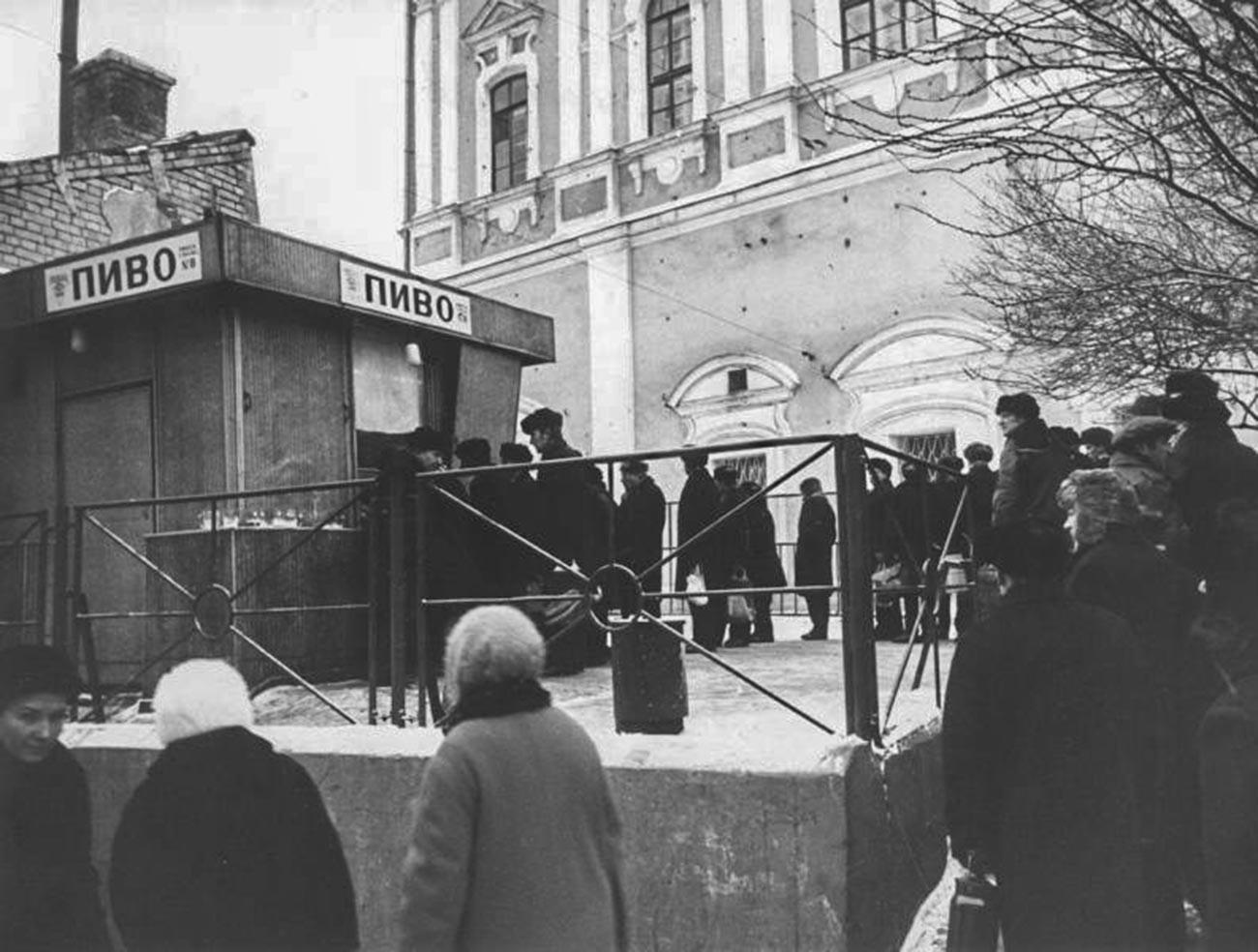 Before the Covid-19 outbreak, lines were still common: For the theater, for the zoo, for exhibitions (especially to the Tretyakov Gallery), and for book fairs. When a Russian sees a line... he immediately thinks it's worth standing there. Certainly it must lead to something great!