The most illustrious Soviet paratrooper 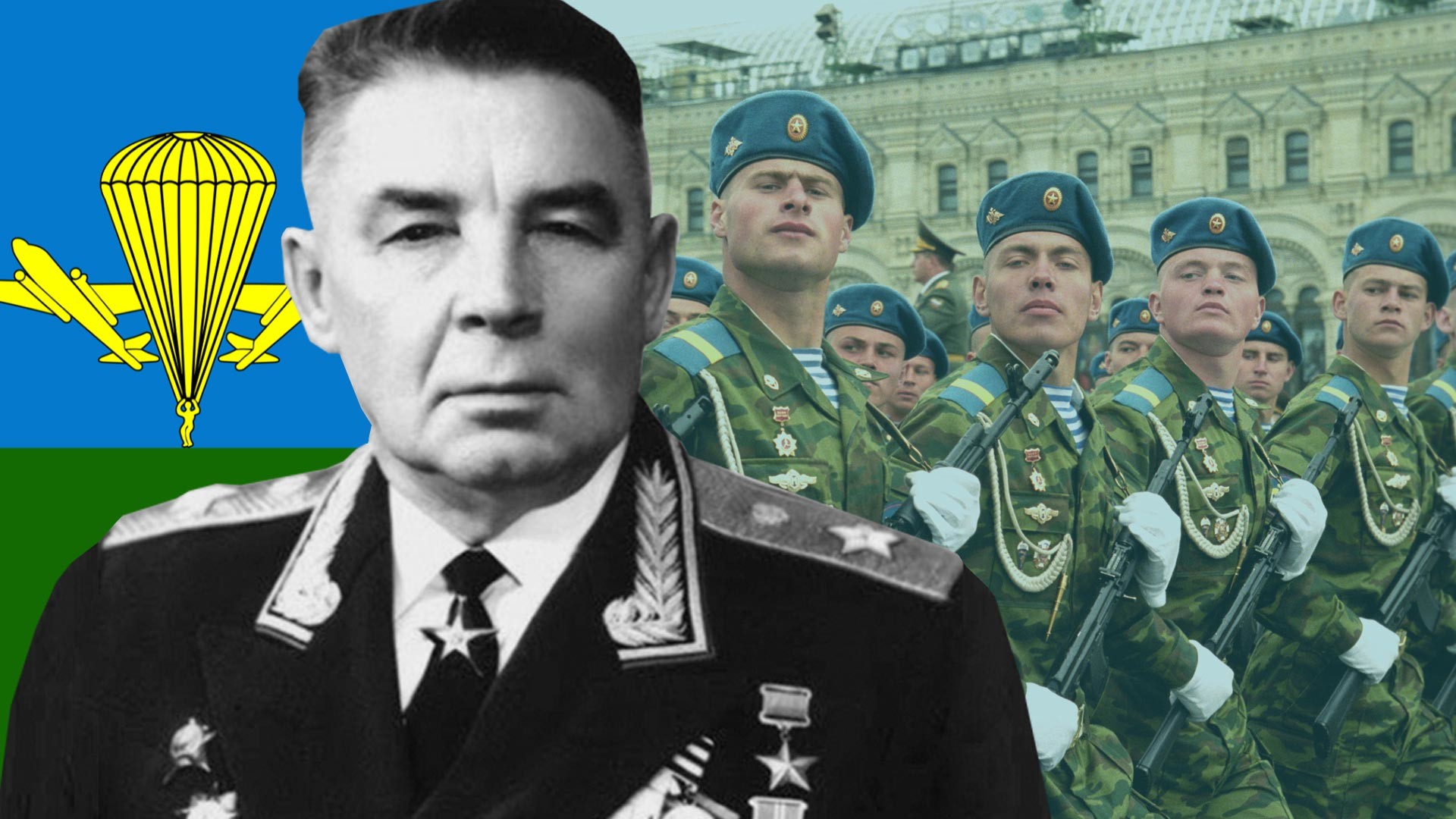 Russia Beyond (Photo: The Ministry of Defense of the Russian Federation; Vladimir Vyatkin/Sputnik)
It was Vasily Margelov who made the Airborne Forces a legendary and near invincible branch of the Soviet and Russian military.

“Paratrooper, even if the air smells of flowers to be placed upon your grave, you must fight till your feet touch the ground,” said Vasily Margelov, who commanded the Airborne Forces of the Soviet Union for more than 20 years, making them the true elite of the country's military. No one in the Soviet (and Russian) "winged infantry" enjoyed more respect than the "airborne father" Margelov. 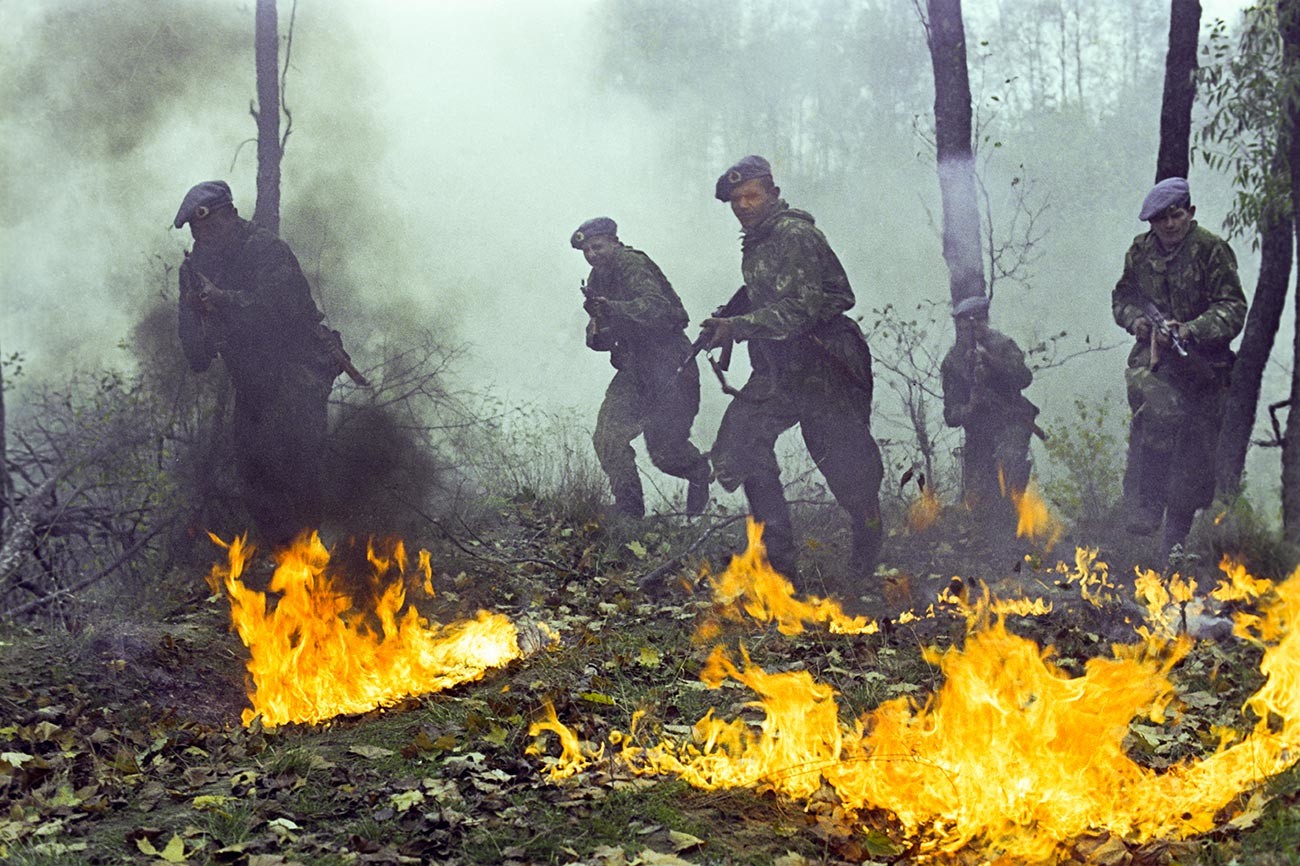 "Paratrooper No. 1" began his combat career far from the Airborne Forces. At various stages of WWII he served in the marine infantry and guards rifle units, took part in the Battle of the Dnieper, the liberation of Kherson (for which he was awarded the Hero of the Soviet Union) and in battles in South-East Europe. “Hardly any of our regiment would have survived if we had not had Margelov as our commander,” recalled Grigory Babochkin of the 218th Regiment: “In seemingly hopeless situations... he kept his composure and found solutions... This guy valued soldiers’ lives, the lives of others. I wouldn’t be sitting here now if during those critical moments it hadn’t just been me shielding Margelov from the bullets and shrapnel, but he shielding me.” 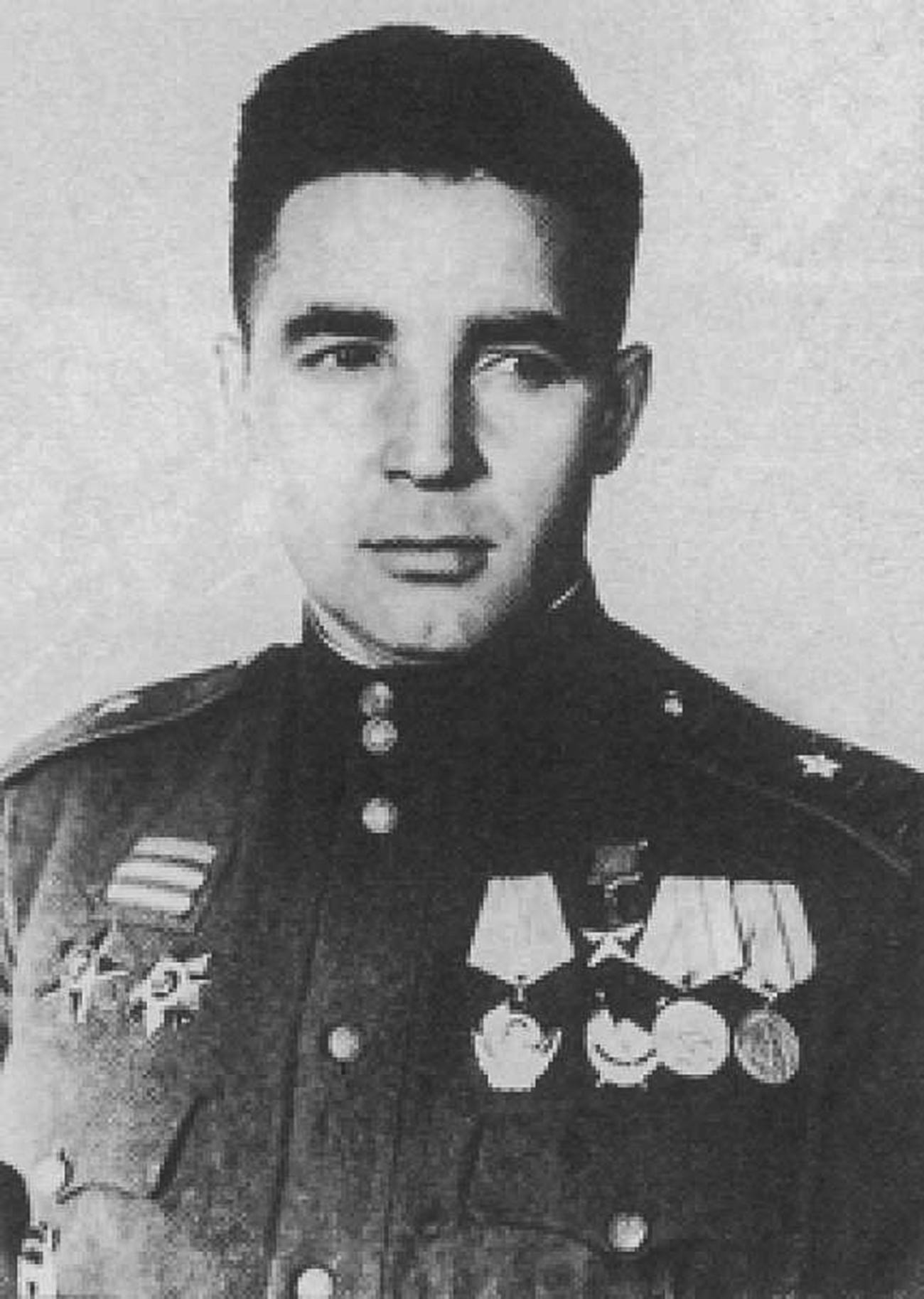 In 1948, Margelov headed the 76th Guards Airborne Division, which, as General Pavel Pavlenko noted, was then in a miserable condition: “The training base was lacking all facilities and resources... somehow training carried on, but the level of organization and discipline left much to be desired.” Having thoroughly studied the theory and practice of airborne warfare, Margelov slowly but surely instilled order in the unit entrusted to him. By 1954 he was already head of the combined Airborne Forces of the Soviet Union, and launched a program of qualitative reform. 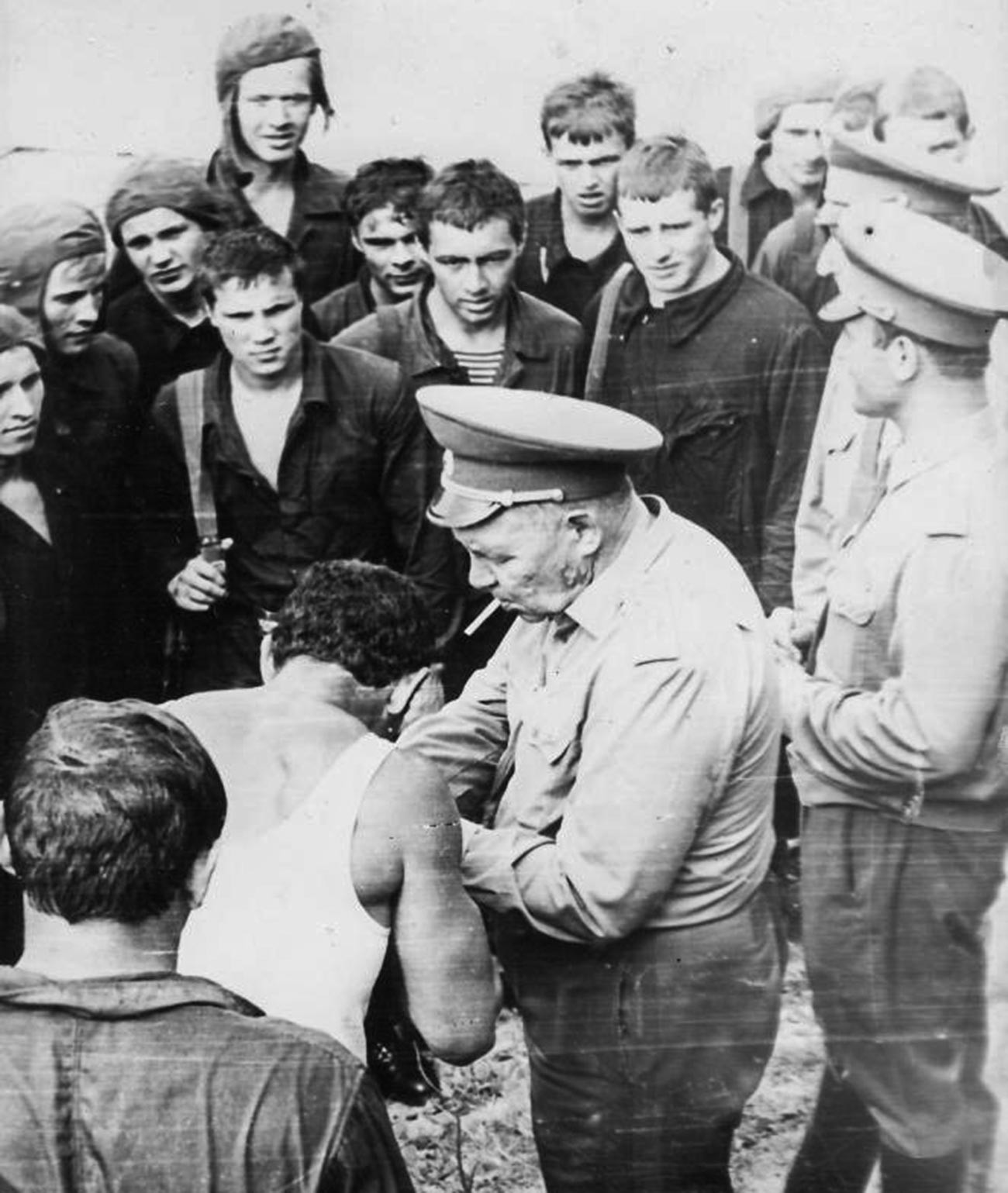 “To fulfill their role in modern ops, our formations and units must be highly maneuverable and controllable, heavily armored, have sufficient firepower and be capable of landing at any time of day or night, and quickly switch to combat mode after landing. That, by and large, is the ideal we should strive toward,” the commander asserted. 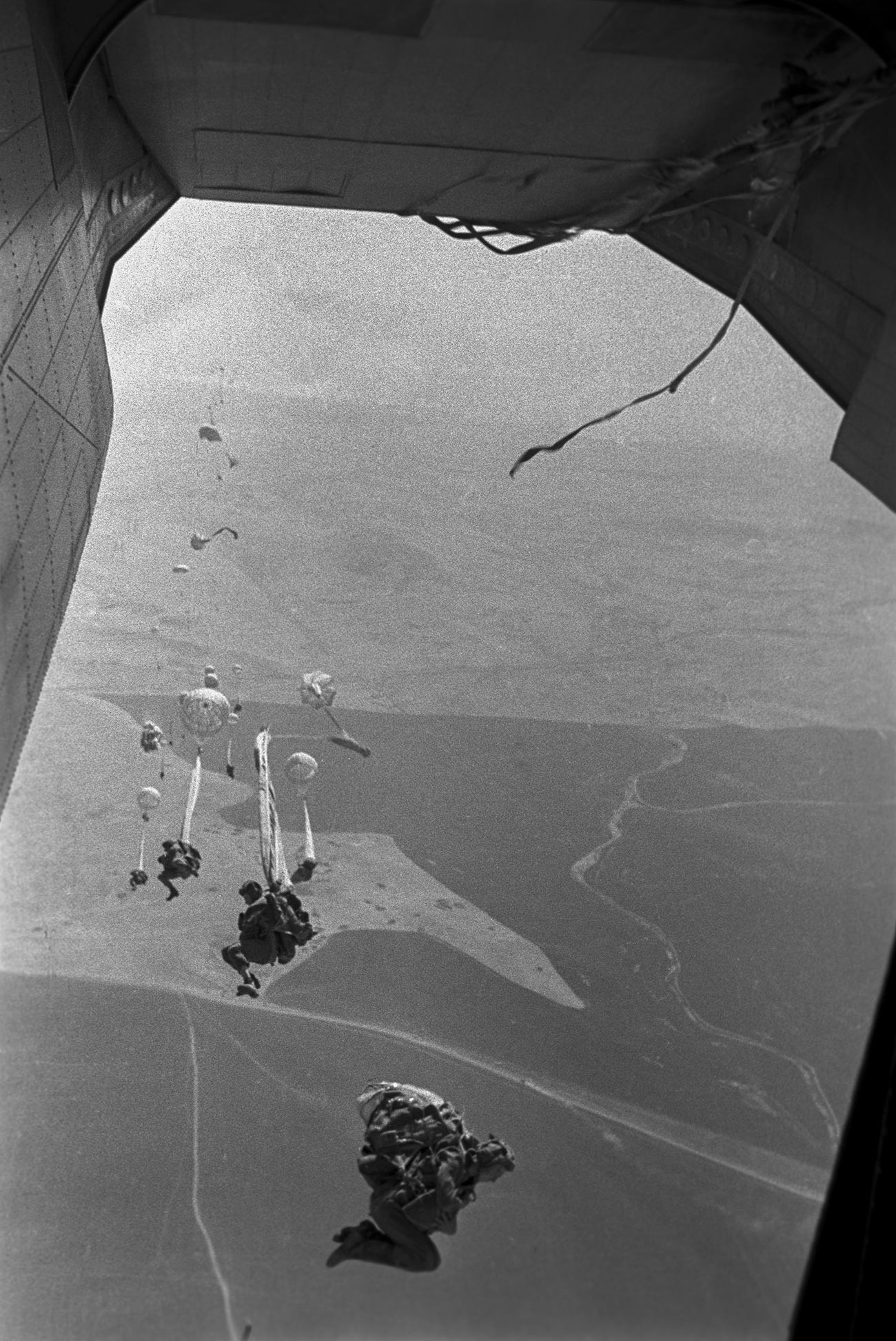 Vasily Margelov established close ties with the military-industrial complex. He secured the replacement of the outdated Li-2, Il-14, Tu-2 and Tu-4 aircraft with the powerful and modern An-22 and Il-76, which could take on board significantly more paratroopers and military equipment. 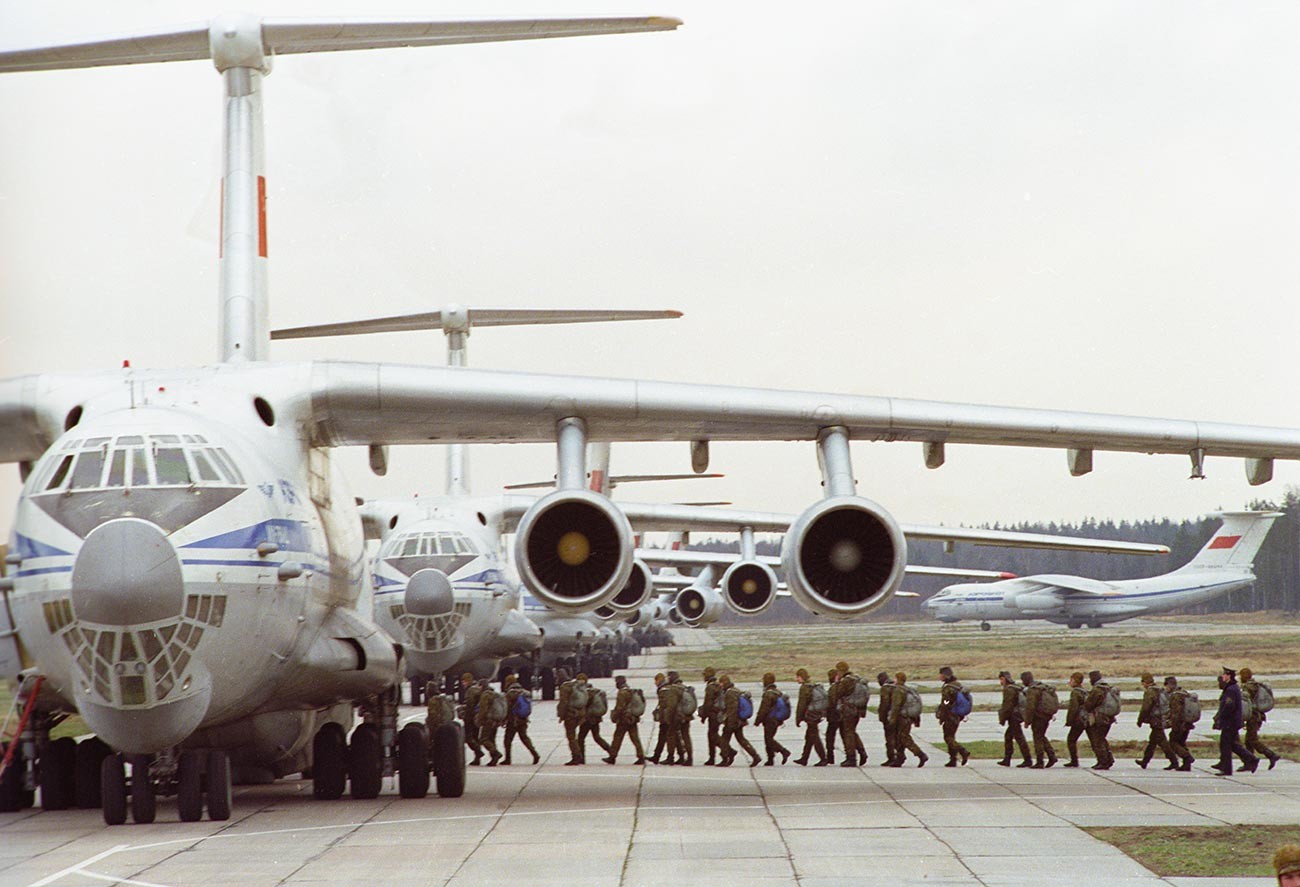 Seeing how difficult it was for paratroopers to handle conventional small arms during landing, Margelov saw to it that they were modified so as not impede the movements of the “winged infantry”; the weapons in question were the AKMS and AKS-74 assault rifles, the RPKS-74 machine gun with folding butt, the compact SPG-9 grenade launcher and the lightweight RPG-70. 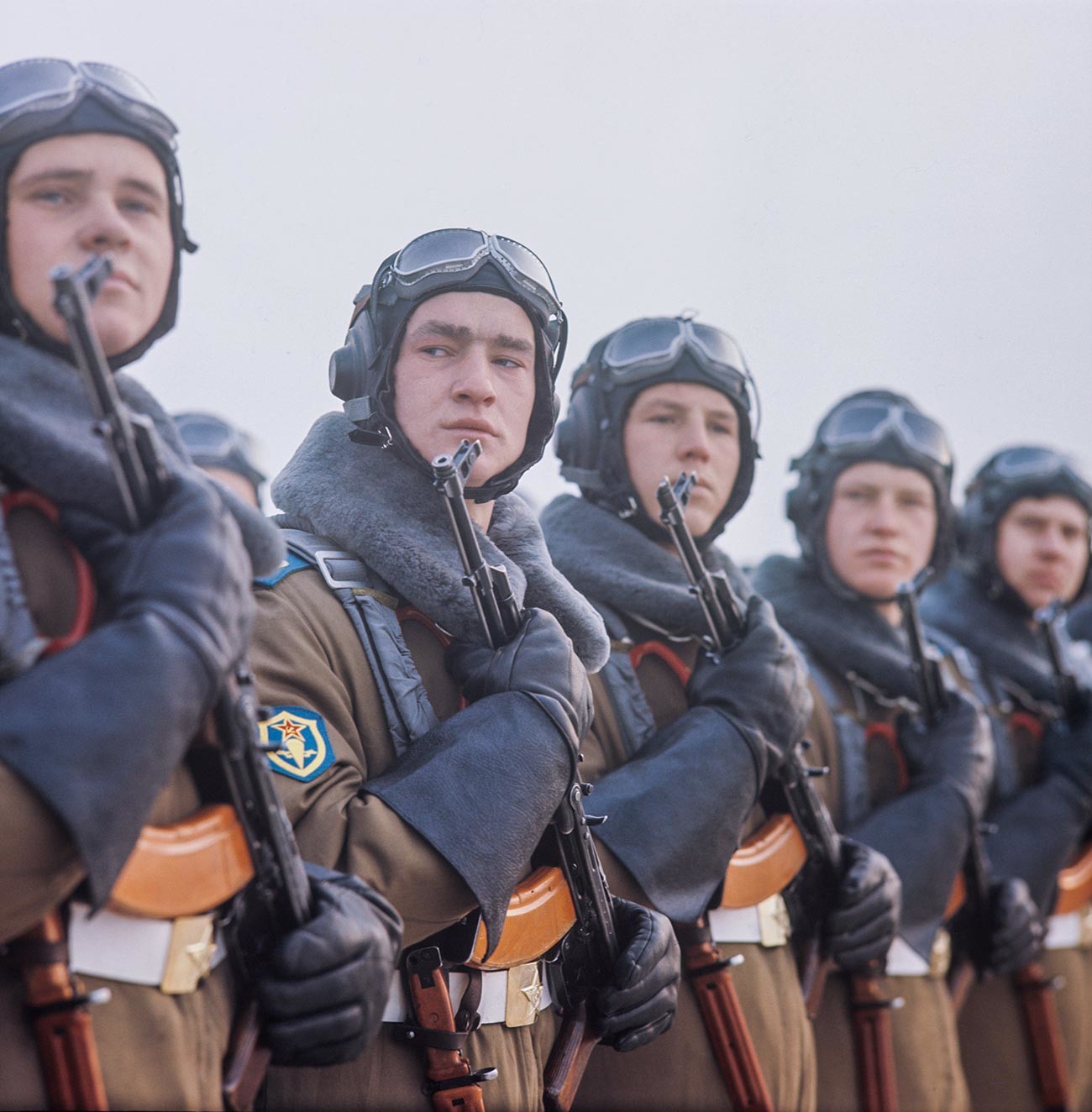 One of the main tasks for Margelov was to equip his troops with a modern combat vehicle that paratroopers could use for transportation and fighting from an armored position against enemy infantry and armored vehicles. In the late 1960s, the BMD-1, weighing slightly more than 7 tons and equipped with a 2A28 Grom semi-automatic cannon, for a crew of seven, began to roll off the production line and into service. It formed the basis for the development of a series of self-propelled artillery guns and fire-support, reconnaissance and command vehicles. 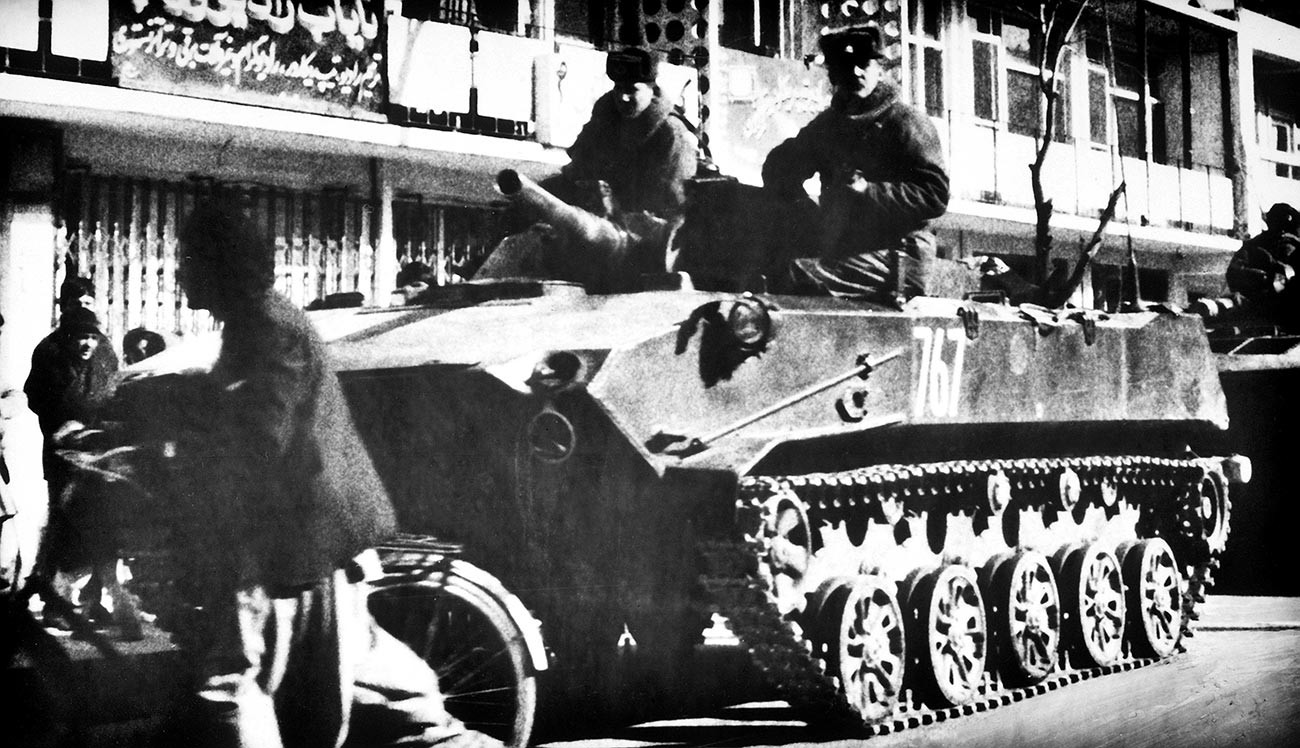 Despite high praise from official quarters, Margelov himself was dissatisfied with the way the new BMDs were deployed. Soldiers and hardware were parachuted from aircraft separately, costing precious minutes on locating and boarding the vehicles. Margelov proposed the then-revolutionary idea of dropping the armored vehicles already crewed. On Jan. 5, 1973, for the first time in global practice, an An-12 aircraft successfully dropped a BMD-1 Kentavr with two crew members on board. One of them was the commander’s son, Alexander. 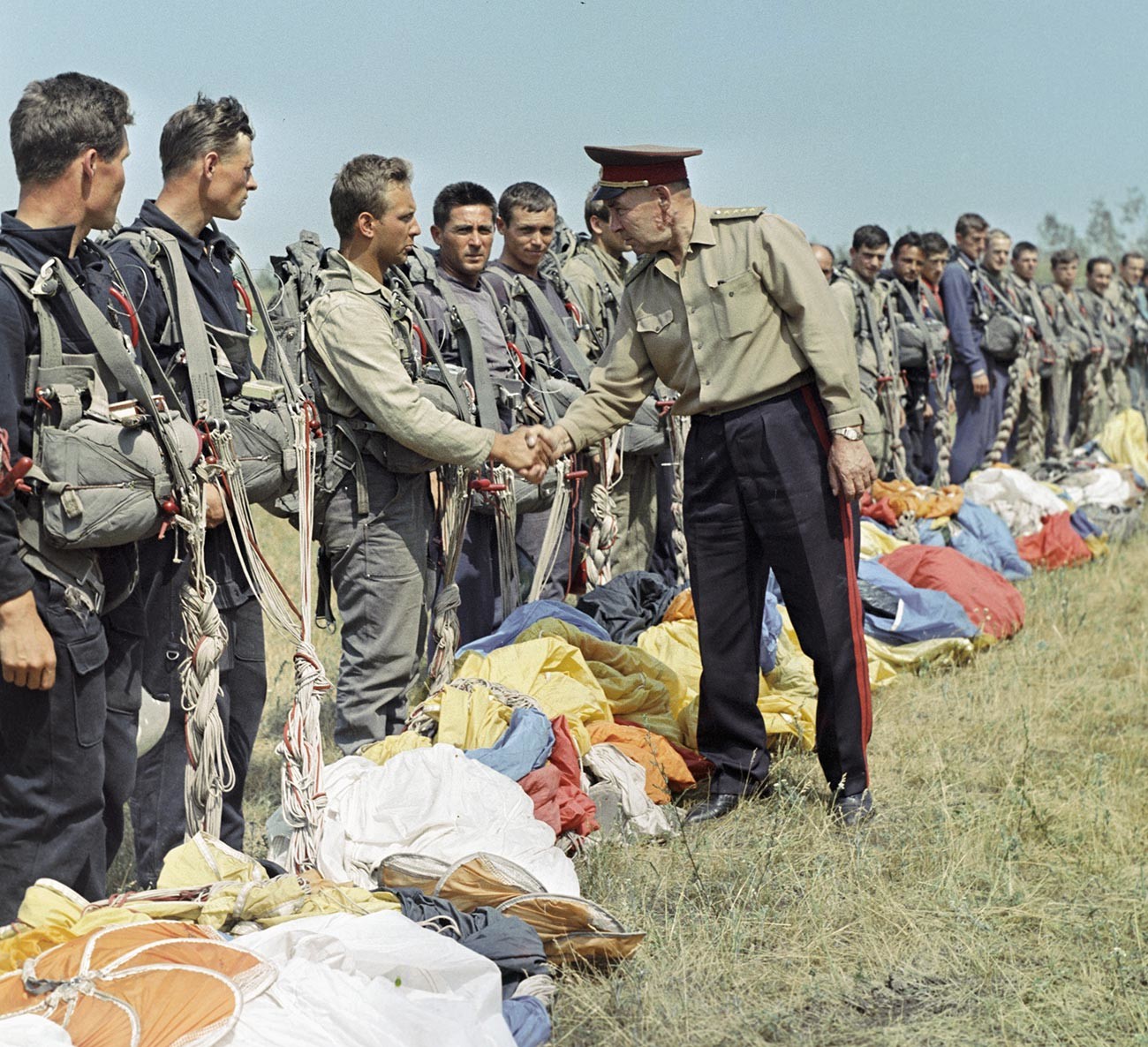 Under Margelov, all units of the Airborne Forces received their own well-equipped airfields. Now it took only a few hours to go from mission briefing to takeoff in full combat gear. The events of Operation Danube, when Warsaw Pact troops were sent into Czechoslovakia in 1968, demonstrated how smoothly and swiftly the “winged infantry” had began to operate. “When the paratroopers broke into the building of the Zapotocky Military Academy, officers of the Czechoslovak People's Army were sat in front of maps, plotting what they believed to be the positions of our troops crossing the border. They were expected to arrive in Brno in the afternoon. The military units located in the city were blocked and disarmed just as decisively,” Margelov reported to the Soviet leadership. 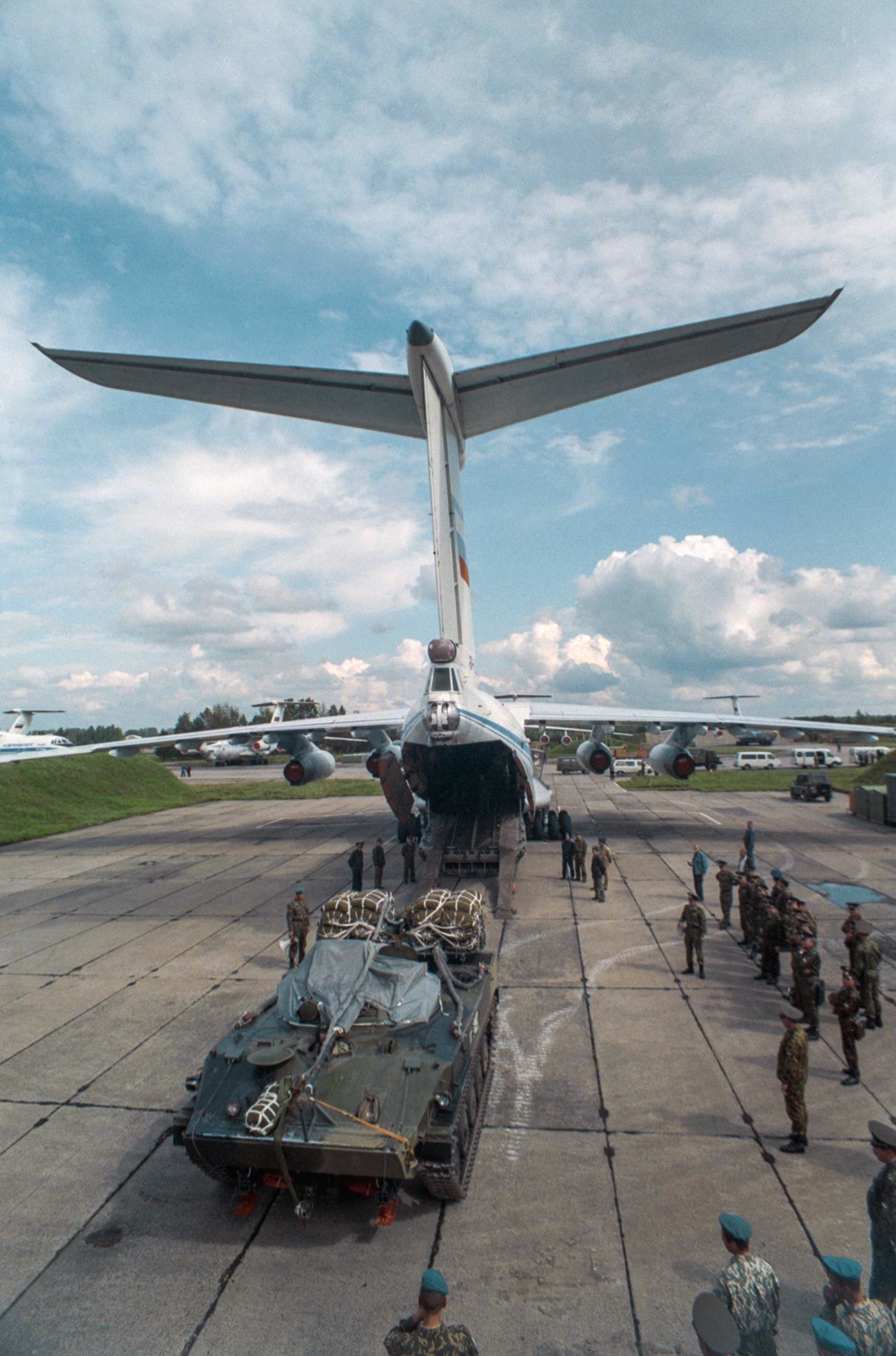 It was under Margelov that the Airborne Forces acquired their famous blue berets and vests. “I want the paratroopers to adopt the glorious traditions of their elder brothers, the marines, and continue them with honor. So I introduced vests. Only the stripes on them are sky blue,” said Vasily, who once served as a marine himself. 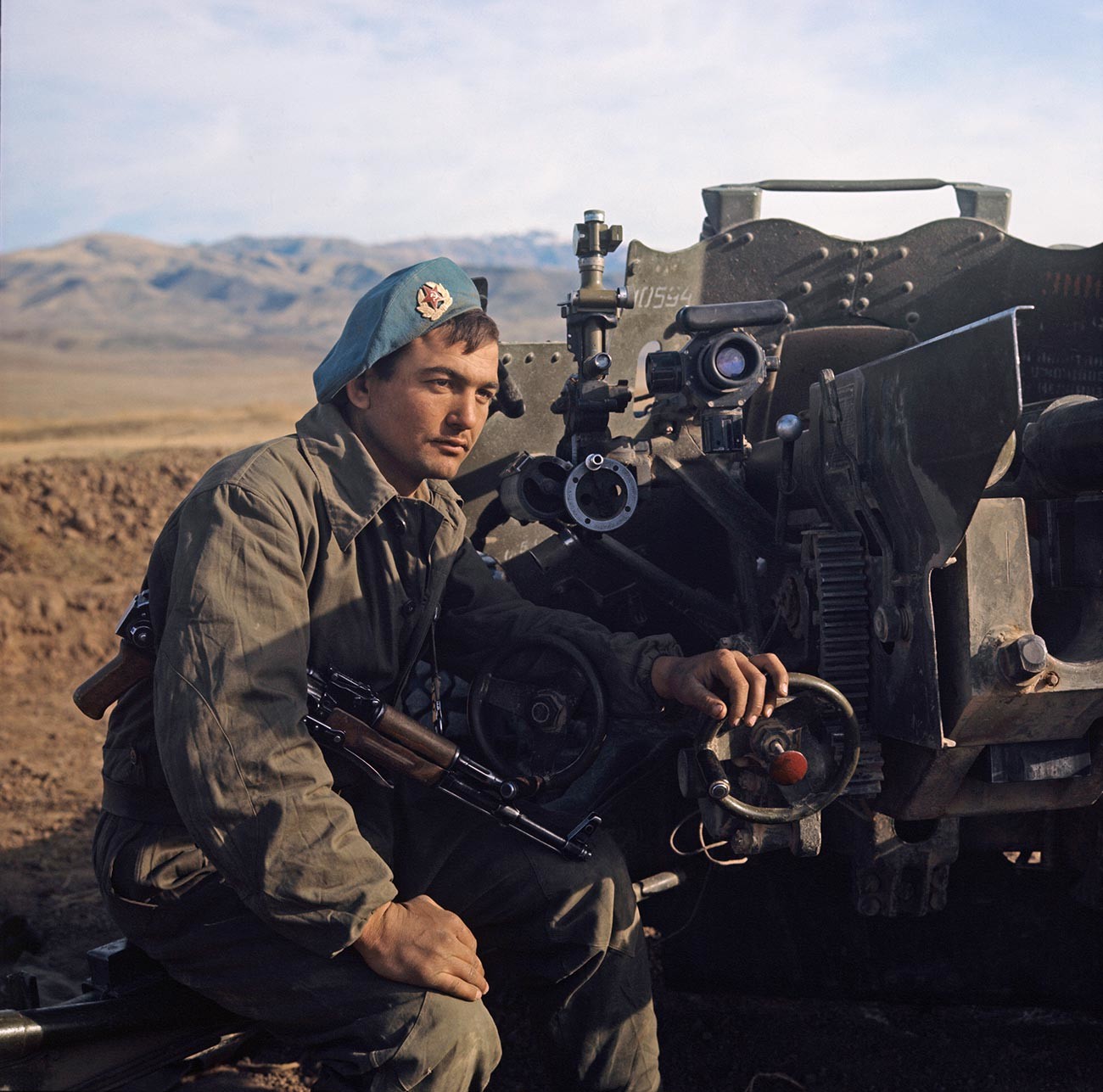 Vasily Margelov turned the paratroopers into the elite of the Armed Forces of the USSR, which invariably won prizes in all army sports competitions. Their reputation and authority grew immeasurably and, soon, youngsters nationwide were dreaming of serving in “Uncle Vasya’s forces”, as the unit became known (In Russian, “Airborne Forces” is “vozdushno-desantniye voiska” or VDV; “Uncle Vasya’s forces” translates as “voiska Dyadi Vasi”, a parody on the abbreviation). 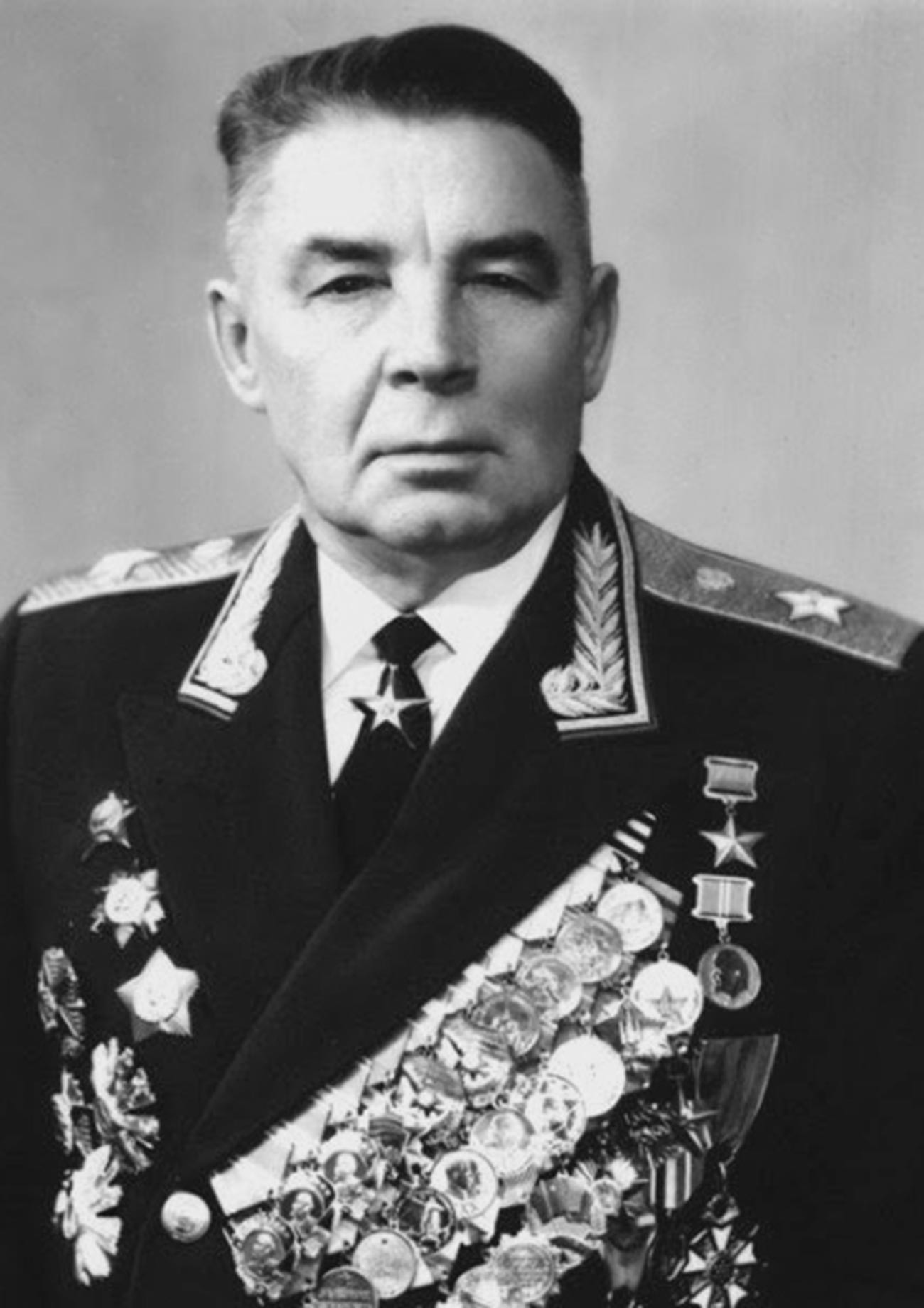