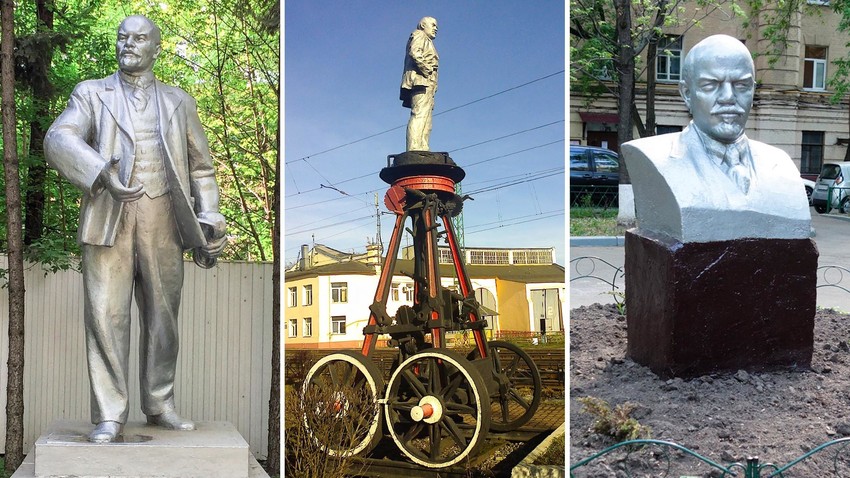 Gennady Grachev (CC BY 2.0); Mos.ru; Sergey Fadeichev/TASS
Some of the old monuments to Vladimir Lenin in Moscow are so weird that they are worth seeing even if you don’t like the proletarian leader himself. 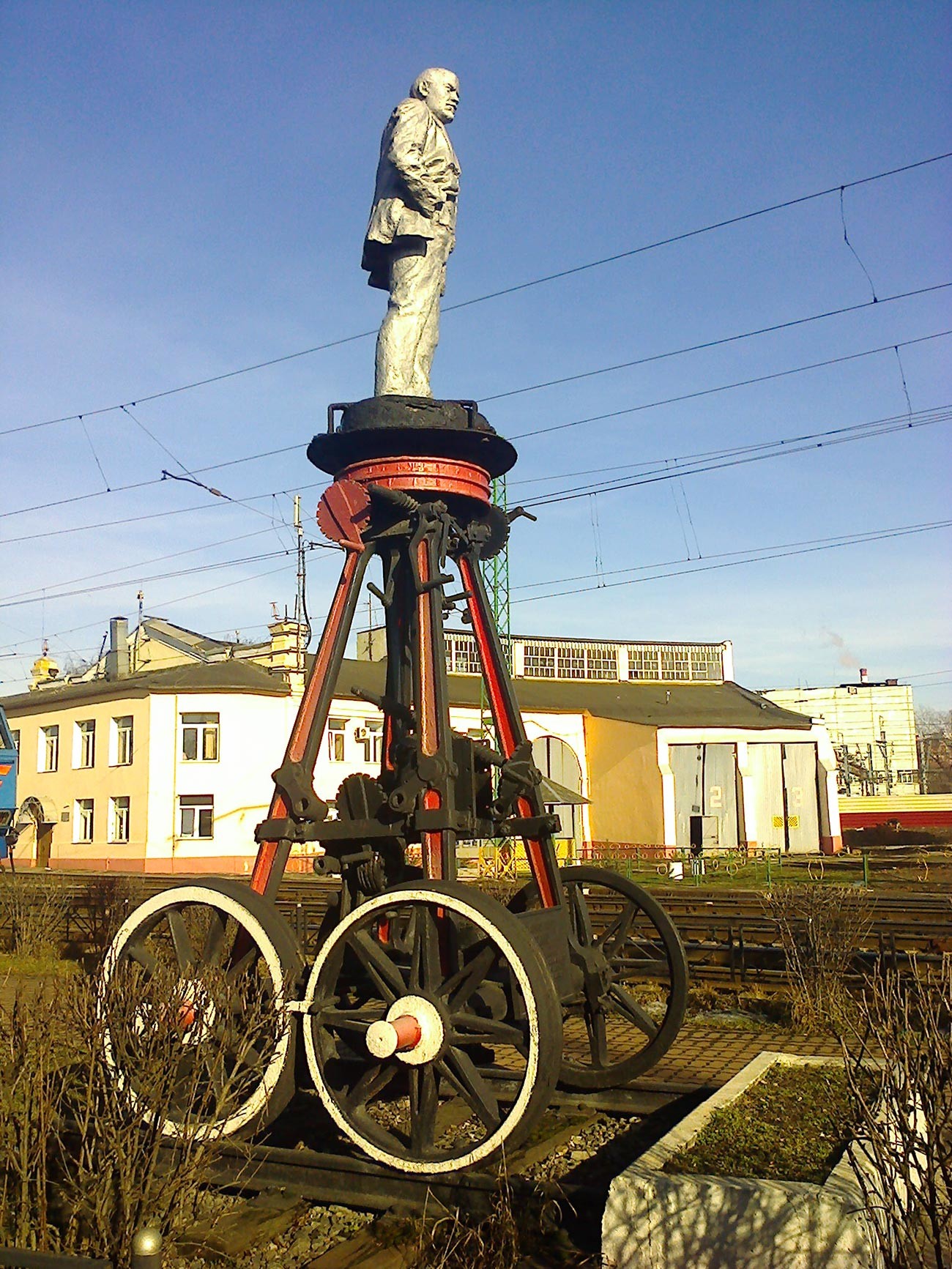 This is one of the first monuments to Lenin in Russia – and one of the most unusual. Its pedestal is made of welded locomotive connecting rods, wings, reversals and worm gears. It stands on four railway wheels from a decommissioned tender. The monument was created by railroad workers in 1925 and was meant to be used for massive Communist meetings in towns and villages that didn’t yet have a monument to the Revolution’s leader (the Lenin statue can be turned 360 degrees on its pedestal). However, this monument wasn’t ever transported from the railroad depot where it stands now – still accessible to the general public. 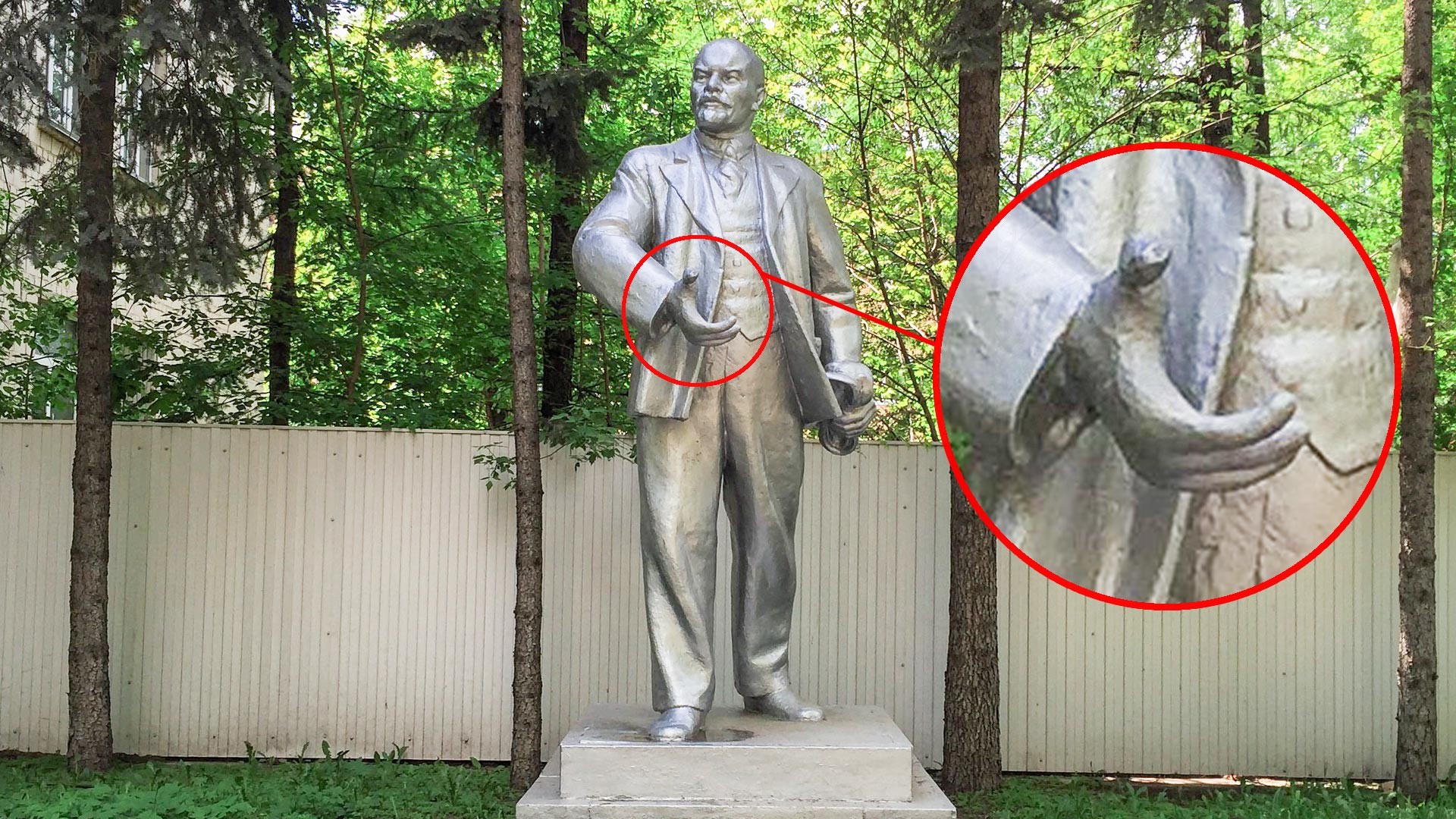 This Lenin monument stands near the place where the first Communist subbotnik was held on April 12, 1919 – the ‘Moskva-Sortirovochnaya’ depot of the Moscow-Kazan railroad. But the monument is notable for its gigantic hands (and the cap Lenin is holding in his left hand is gigantic, too). Apparently, the right hand was reworked numerous times, because somebody had tried to steal it. 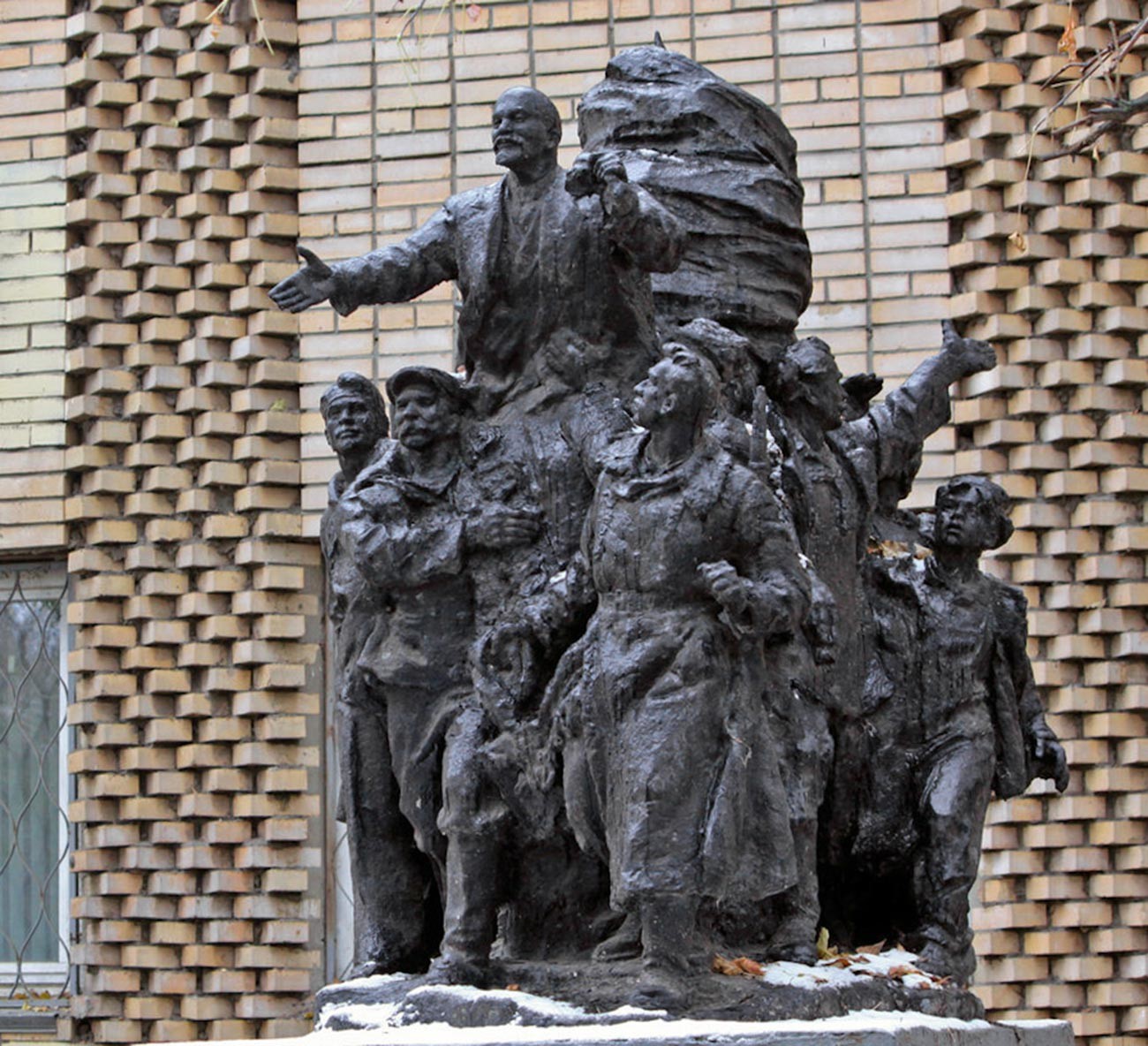 Most Lenin monuments depict the proletarian leader alone, rarely in a group. Also, Lenin is never shown smiling in his monuments, let alone carried by somebody. This monument is located near a woodworking plant on 1st Karacharovskaya Street in Moscow and depicts Lenin being carried by a group of revolutionary workers. Lenin is at the same time addressing the public, raising his hands and smiling. 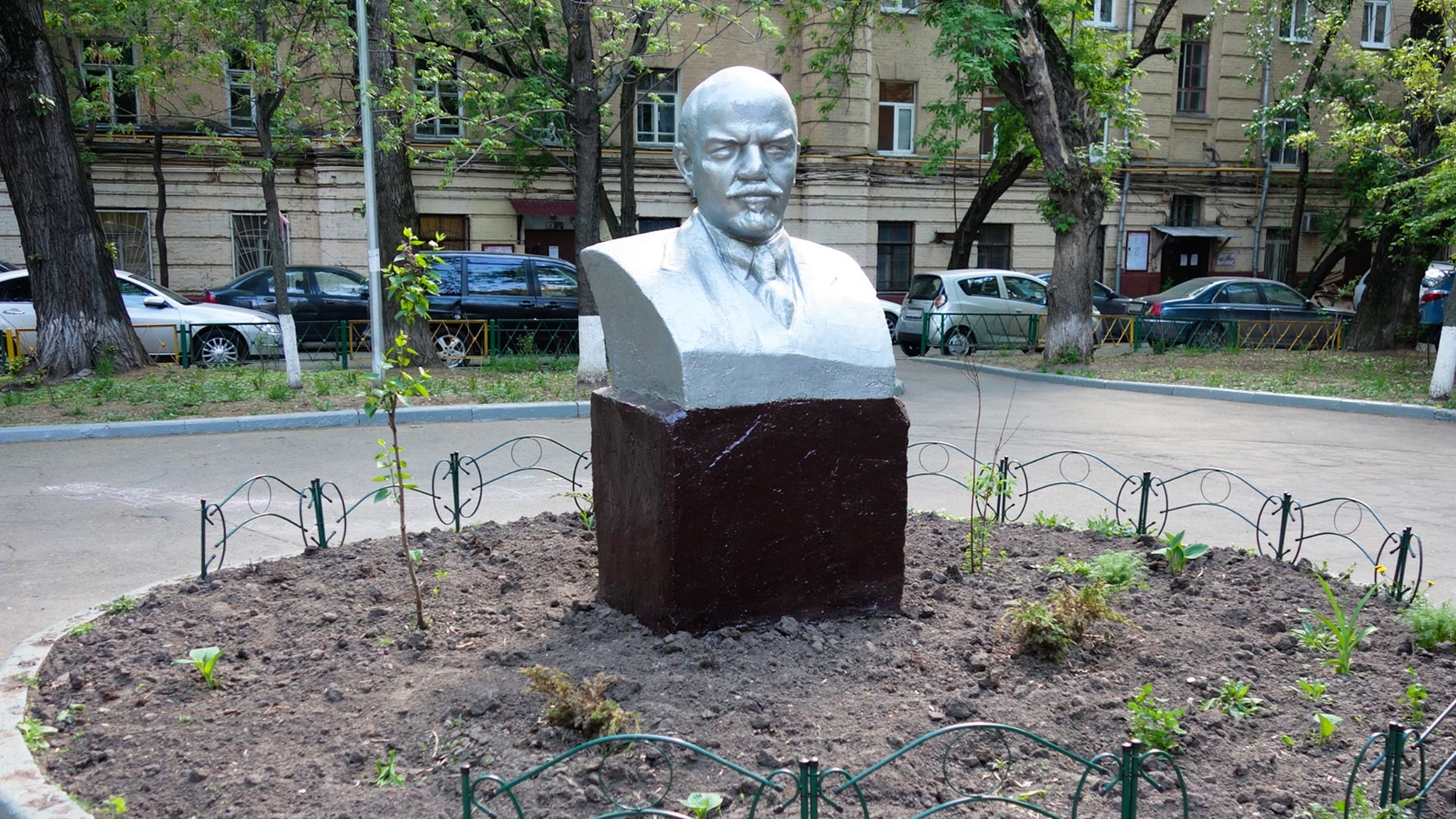 In the yard of an apartment building located at Gruzinsky Val, 26, you can find a down-to-earth Lenin monument. Literally, this bust stands on a very low pedestal and, basically, it’s just an oversized human head. It’s located two minutes from Belorusskaya railway station in the city center. 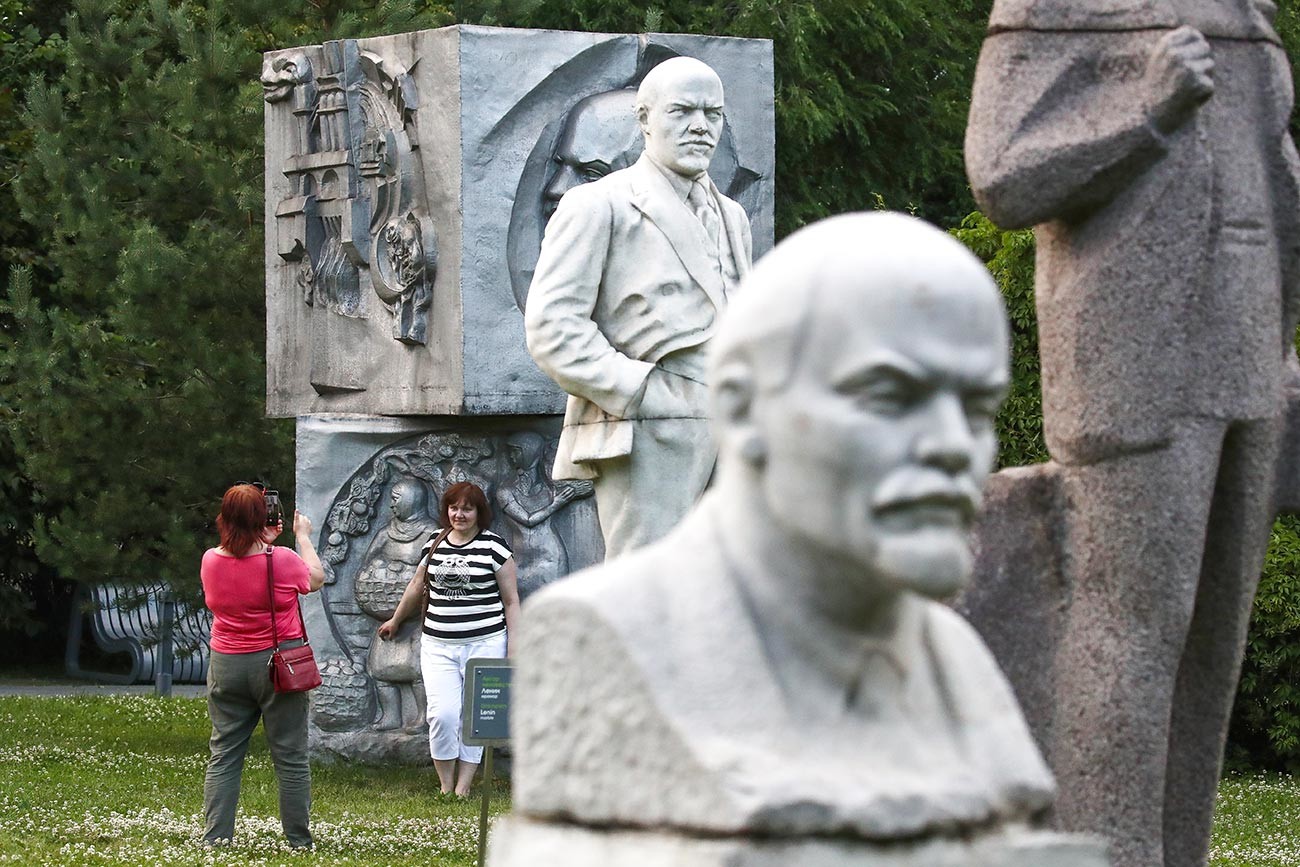 Behind the building of the Tretyakov Gallery (House of Artists) at Krymsky Val Street 10, there is a park called ‘Muzeon,’ that in the 1990s became a kind of monumental graveyard. Here, many monuments to different Soviet politicians ended up when they were demolished in early 1990s, after the fall of the USSR. So here, you can find several Lenins in one place at once – an ironic take on what the USSR’s monument ideology used to be.