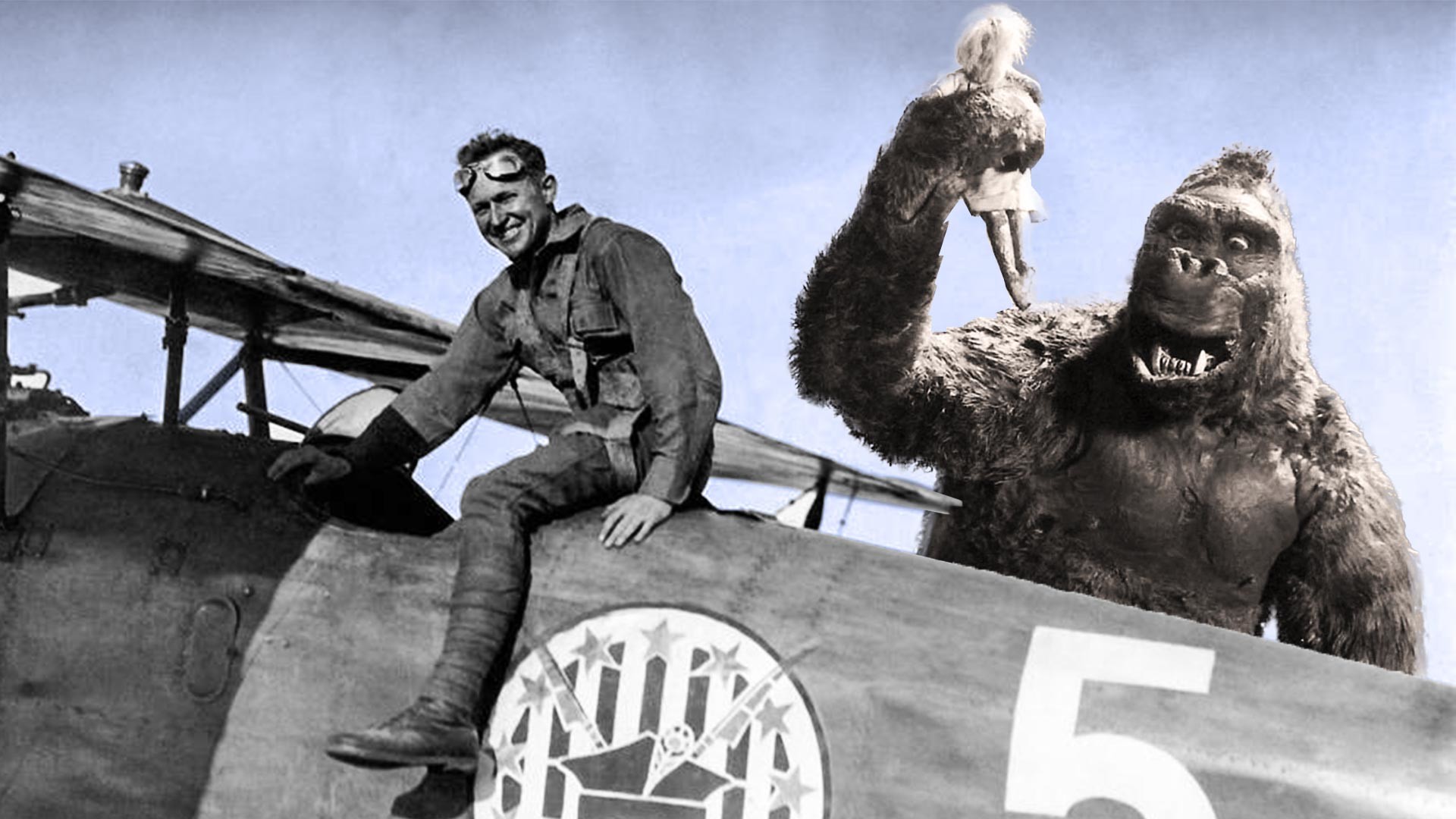 Public Domain; Merian C. Cooper/RKO Radio Pictures, 1933
A group of American volunteers took part in the Polish-Bolshevik War of 1919-1920. Among them was the future maker of the famous movie, ‘King Kong’.

Following the collapse of the Russian Empire, quite a number of new states sprang up from its fragments, Soviet Russia and the Polish Republic being the most powerful among them. In early 1919, the two countries engaged in fierce fighting for Ukrainian and Byelorussian territories. And several dozen American airmen participated in the Soviet-Polish War on Warsaw’s side, but what had attracted them to faraway Eastern Europe?

It was U.S. Army captain (and airman) Merian Cooper who came up with the idea of engaging American military pilots in the war against the Bolsheviks when he visited Poland as a member of the American Relief Administration’s humanitarian mission in the spring of 1919. 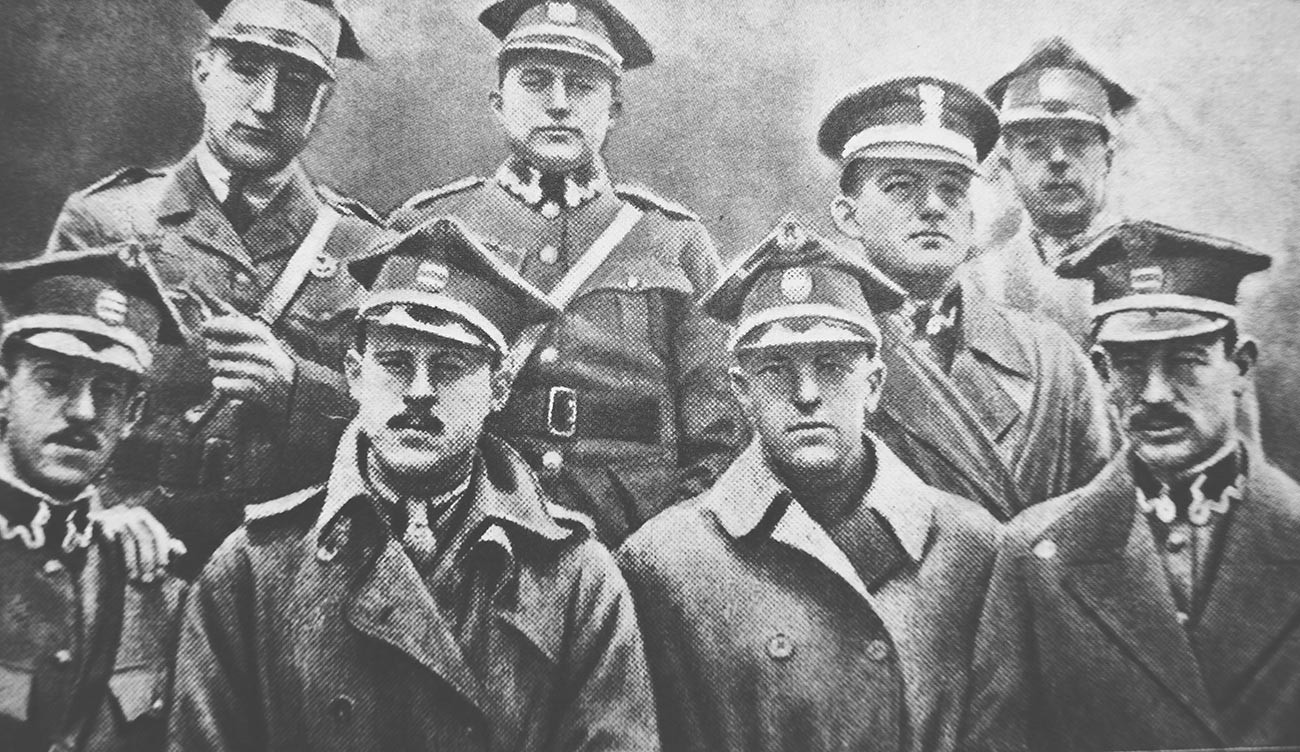 There was nothing unusual in Americans taking part in the war against Soviet Russia. By then, for almost a year, U.S. military contingents had been involved in a wide-scale intervention in the country, operating in its north and Far East. Poland could become yet another front where the Americans would support the forces opposing the Communists.

There were also personal reasons for Cooper’s decision to fight for Poland. His great-great-grandfather had fought shoulder to shoulder with Kazimierz Pułaski, a general of Polish descent and hero of the American War of Independence, and witnessed his death in the Battle of Savannah in 1779. The memory of the famous Pole was honored in Merian’s family and the aviator wanted to find a way of repaying the debt to Pułaski’s historical homeland. “It grieves me every day that I am doing so little for the cause of Polish liberty, when Pulaski did so much for us,” Cooper wrote to his father. 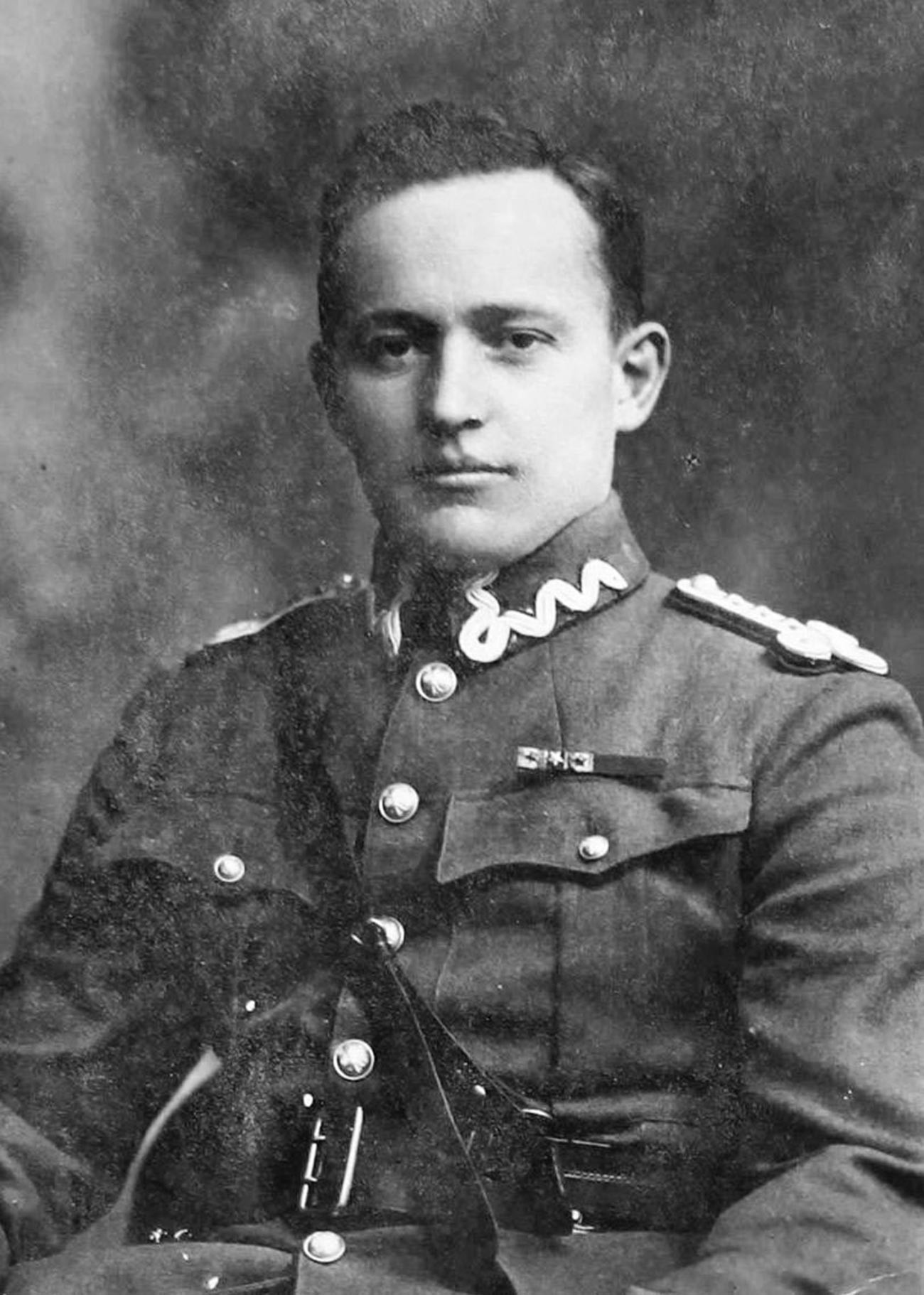 Cooper in Lwów during the time of the Kościuszko squadron.

First General Tadeusz Jordan-Rozwadowski and then the Polish head of state Józef Piłsudski himself supported Cooper’s idea. The captain travelled to France to recruit colleagues of his who were still in Europe, despite World War I being over. He was greatly assisted by Major Cedric Fauntleroy, who would become the first commander of the air force unit of American volunteers.

The first seven Americans arrived in Poland in September 1919. In total, 21 American pilots participated in the Soviet-Polish War. 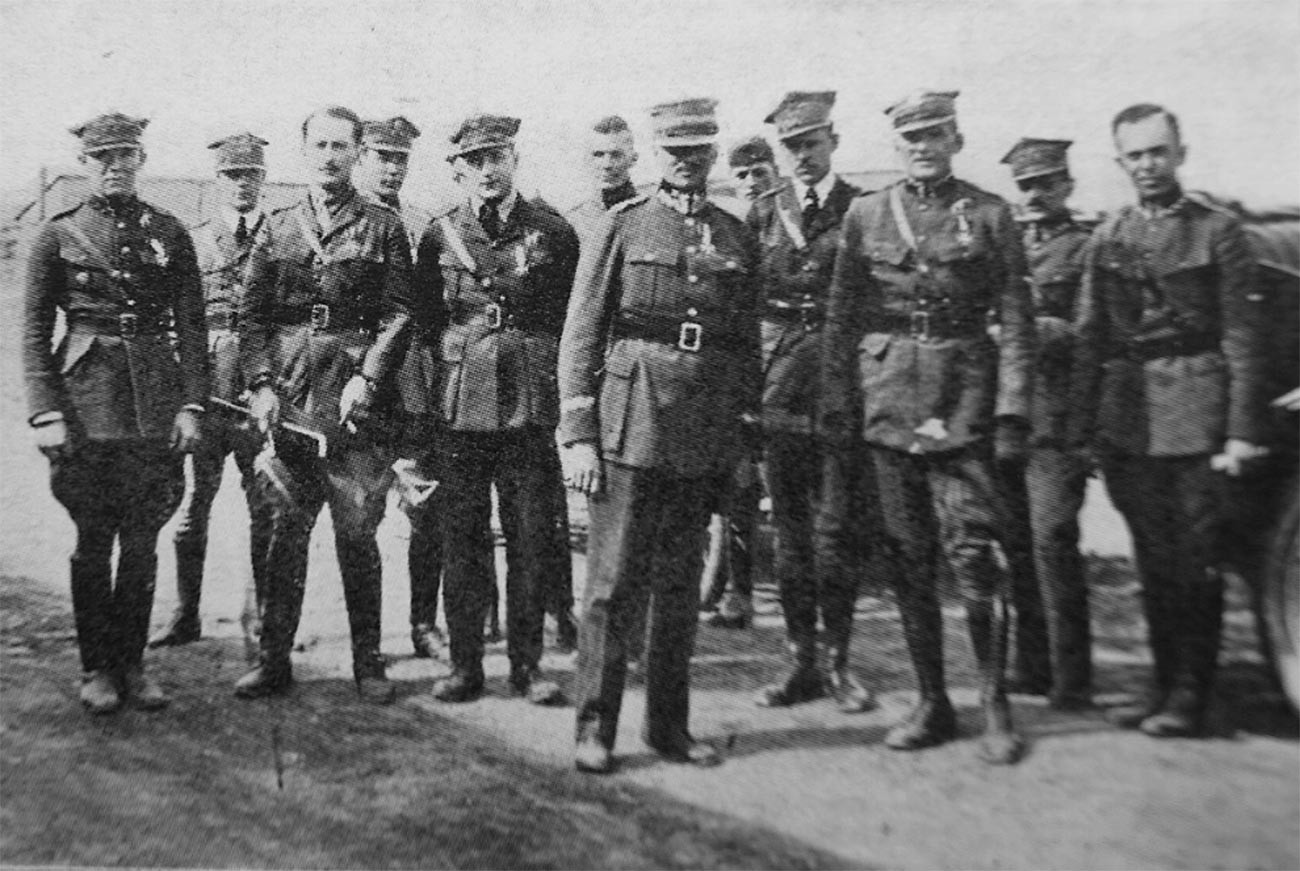 Pilots of the 7th Fighter Squadron.

The Soviet air force was in a dismal state at the time and the pilots of the Kościuszko Squadron, by and large, did not have to engage in aerial dogfights. During the Polish army’s Kiev Offensive in April 1920, the Americans, in their Albatros D.III and Ansaldo A.1 fighter aircraft, carried out reconnaissance missions, transported supplies, bombed Soviet towns, attacked enemy forces, sank ships of the Dnieper Flotilla and provided support for Polish units and detachments.

In late May of the same year, Semyon Budyonny’s 1st Cavalry Army mounted a large-scale offensive, forcing the Polish troops to abandon Kiev and chaotically retreat westwards. On several occasions, the American pilots found themselves a hair’s breadth away from being captured by the Red cavalry. They had to abandon their planes at airfields and literally make a run for safety.

The Kościuszko Squadron’s finest hour came with the fighting for Lwów in July-August 1920. The American pilots made several dozen sorties a day, subjecting the enemy to continual attacks and keeping them under constant pressure. As a result, they played a significant role in ensuring that Budyonny’s 1st Cavalry Army got bogged down at Lwów and was unable to get to Warsaw in time, where Mikhail Tukhachevsky’s troops went on to suffer a heavy defeat.

“Despite being tired out, the American pilots are fighting like crazy. Without their help, we would have been up the creek a long time ago,” noted Polish General Antoni Listowski. In the entire period of fighting, which ended in the spring of 1921, the squadron lost three pilots. Quite a number of the airmen were decorated with the Polish Republic’s top military honor - the Order of Virtuti Militari (“Military Virtue”). 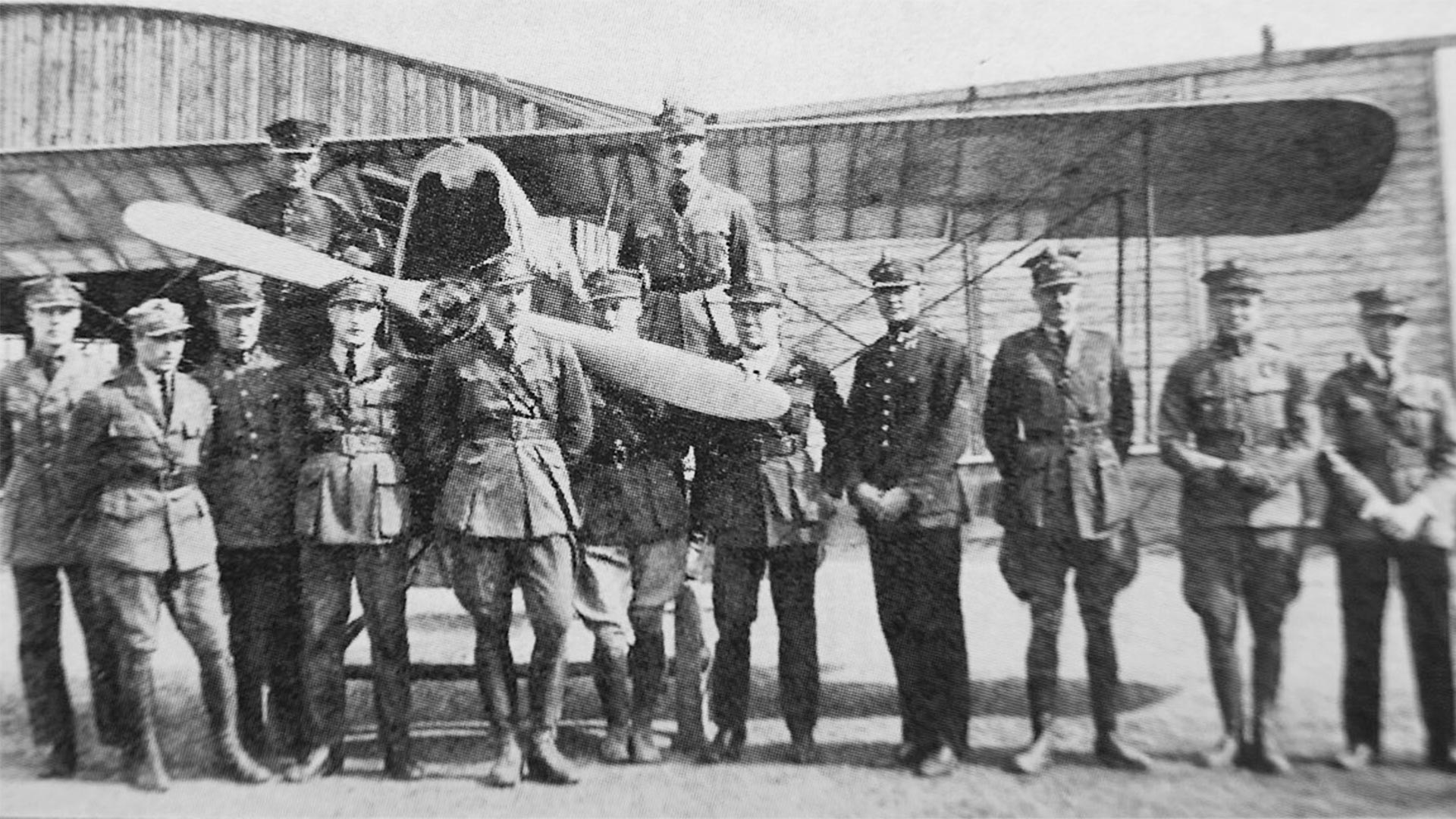 Pilots of the 7th Fighter Squadron in Lwow.

Not all the Americans left the country after the onset of peace. Some of them continued to serve in the Polish Air Force, which had a pressing need for pilots with such a wealth of combat experience.

It is curious to note what happened to Merian Cooper afterwards. He was shot down in July 1920 and ended up in Soviet captivity, where he spent nine months. In the end, he managed to escape and to return to Poland via Latvia. Subsequently, back in America, the airman was one of the founders of the well-known American airline, Pan Am, and also found fame as a movie director, shooting the cult film King Kong in 1933. 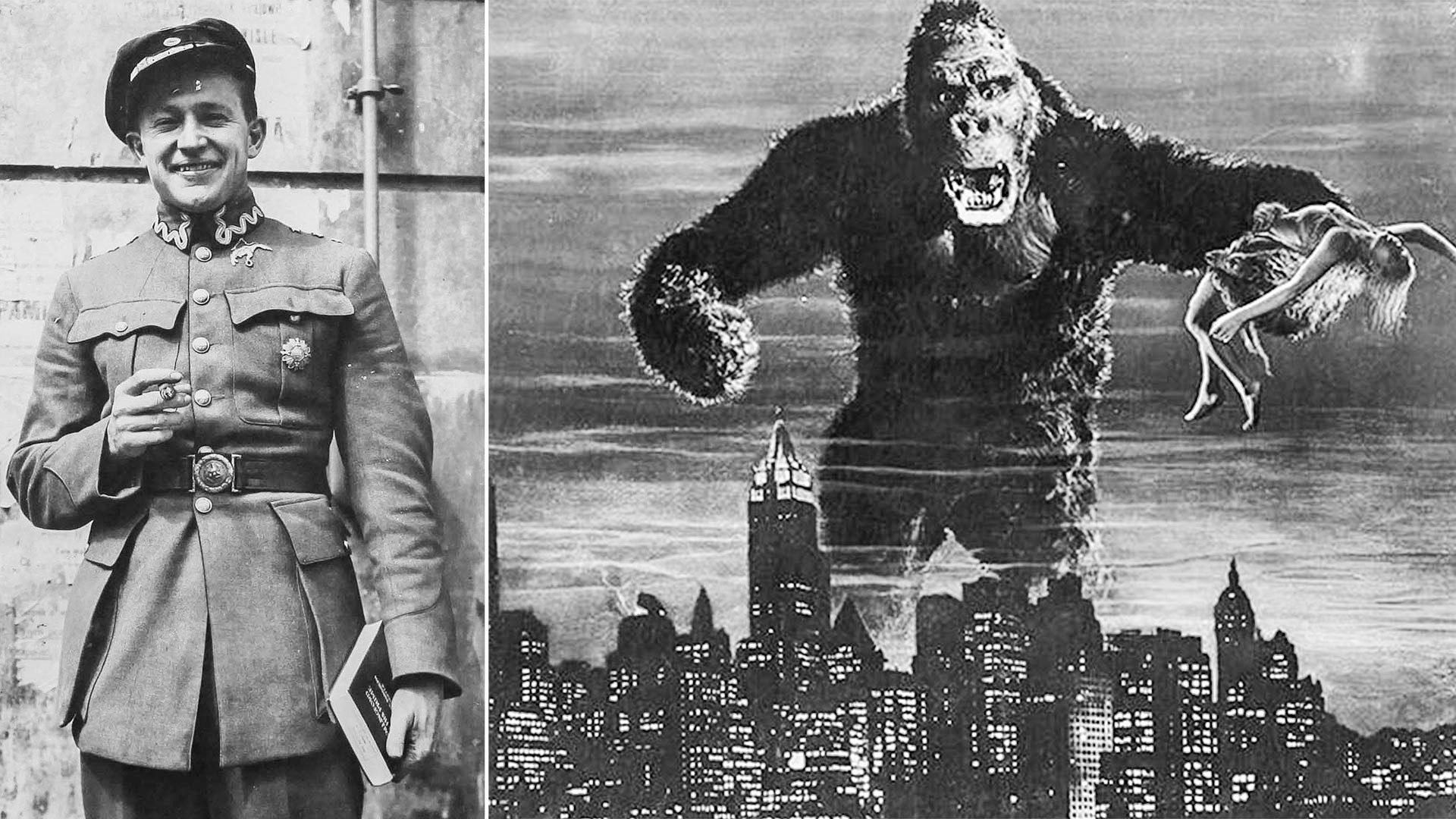 Legend has it that the famous monster was dreamt up by Cooper while in captivity. Learning the Russian language to while away the time, he began reading the fairy tale The Crocodile, by Soviet children's writer Korney Chukovsky, in verse, in which, among other things, there were lines describing a wild gorilla who had kidnapped a young girl named Lyalya and climbed up with her to the ledge of a tall building…