Meet the Russian ‘Stradivari of balalaikas’ 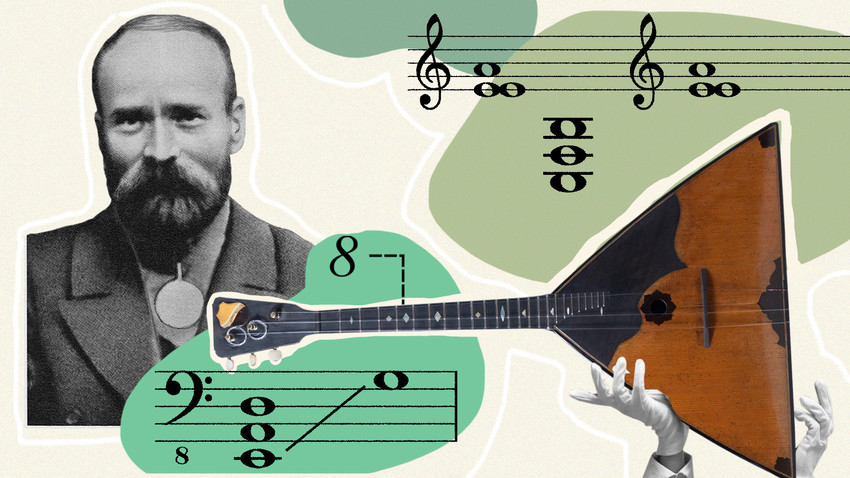 Kira Lisitskaya (Photo: Public Domain; St.Petersburg State Museum of Theatre and Music)
He was meant to be a poor and unknown handyman, but his talent was shining too bright to go unnoticed.

In 1900, the 1900 Paris Exhibition took place in the French capital, where technological and artistic achievements of the past centuries were celebrated. As a recent ally of France, Russia was one of the notable participants of the exhibition. 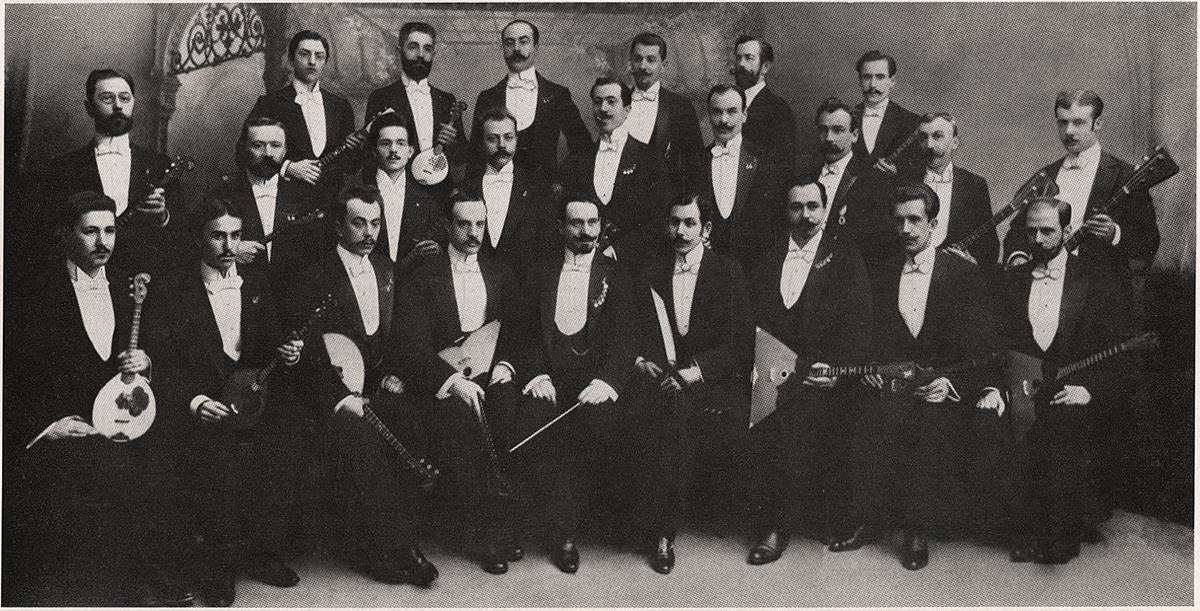 Vasili Andreev's the Great Russian Orchestra in the early 1900s.

Among other things, the Russian pavilion surprised the Parisians with a performance of the Great Russian Orchestra playing a little-known folk music instrument called the ‘balalaika’. The head of the orchestra, Vasili Andreev, was awarded the Legion of Honor and a Large gold Medal of the Exhibition. The instruments, which a lot of people saw for the first time, were crafted by a gifted carpenter with no formal education named Semen Nalimov. In the following centuries, Nalimov’s instruments would be chased by collectors all over the world.

Semen Nalimov was a poor, but gifted man. “Illiterate, but he knows the carpentry skills,” this is how Nalimov was characterized by his superiors after being discharged from the military in 1884. 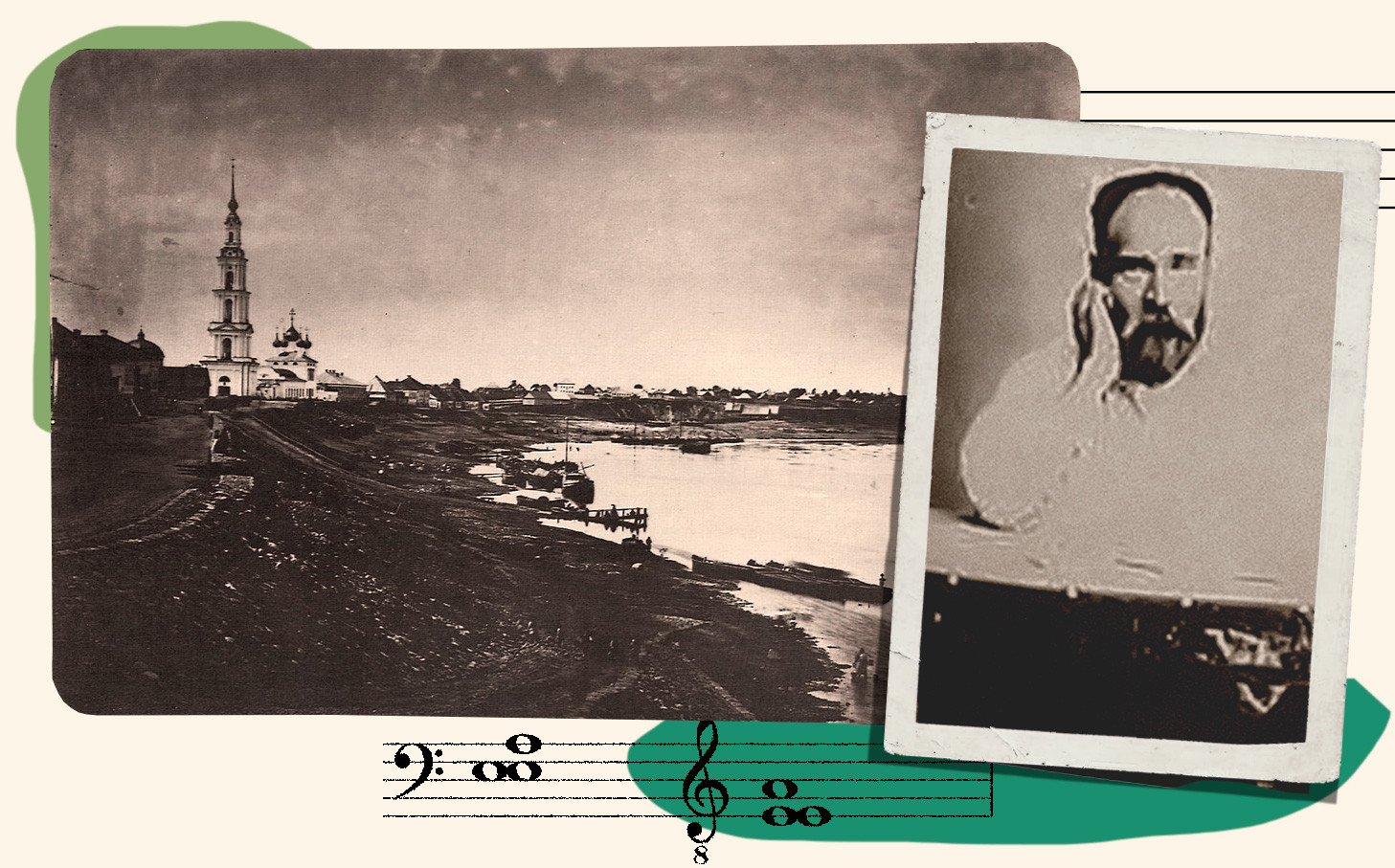 Struggling to make ends meet, Nalimov departed to St. Petersburg from his native village in Vologda Governorate in search of a job. On his way to Russia’s capital, Nalimov was robbed and left with no money to continue his voyage. He got off the train in Tver Region and settled there, taking odd jobs as a carpenter for a living.

Fortunately for the trampled handyman, his stay in Tver Region coincided with an offspring of a local merchant family's passionate quest to popularise the balalaika as a musical instrument. 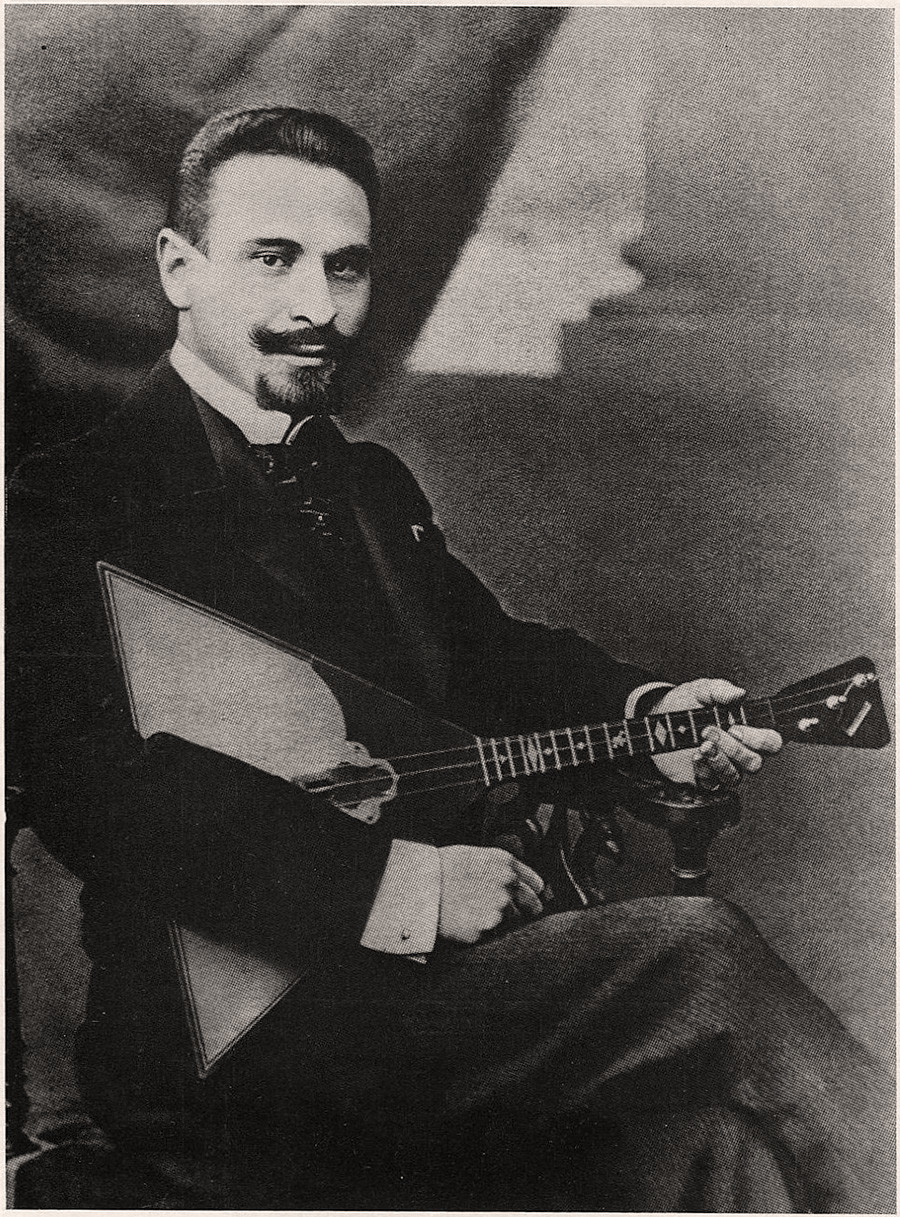 A few years before Nalimov ended up in Tver Region against his will, Vasili Andreev had already been captivated by the sound of the balalaika.

“It was a quiet June afternoon. I was sitting on the terrace of my village house. Suddenly, I heard sounds unknown to me. I could clearly distinguish that a stringed instrument was being played. The sounds grew brighter and brighter, the melody flowed full of rhythm, indomitably pushing to dance. A female worker was walking across the yard with buckets of water on her shoulders. I noticed how the heavy buckets swayed and water poured out of them, and the peasant woman’s legs began to make figures even faster to the beats of the music. I felt that my legs were trying to do the same. I took off and ran to the wing, where the sounds were coming from. My worker was sitting on the steps in front of me, playing the balalaika! I was amazed by the rhythm and originality of the playing technique and could not comprehend how such a poor-looking instrument with only three strings could produce so many sounds,” wrote Andreev about his first encounter with the folk instrument in 1883.

Eager to make the balalaika an instrument that would be recognized by the high society of St. Petersburg and, perhaps, other European capitals, Andreev assembled an orchestra and began looking for a gifted master who would be able to make quality balalaikas.

Andreev went to St. Petersburg but faced a stonewall of disapproval from recognized instrument makers of the time. They refused to work with the balalaikas as they considered the folk instrument to be below their status. Desperate to supply his newly formed orchestra with the best instruments, Andreev got wind of a talented handyman who took odd jobs in the vicinity and knew his way around wood. 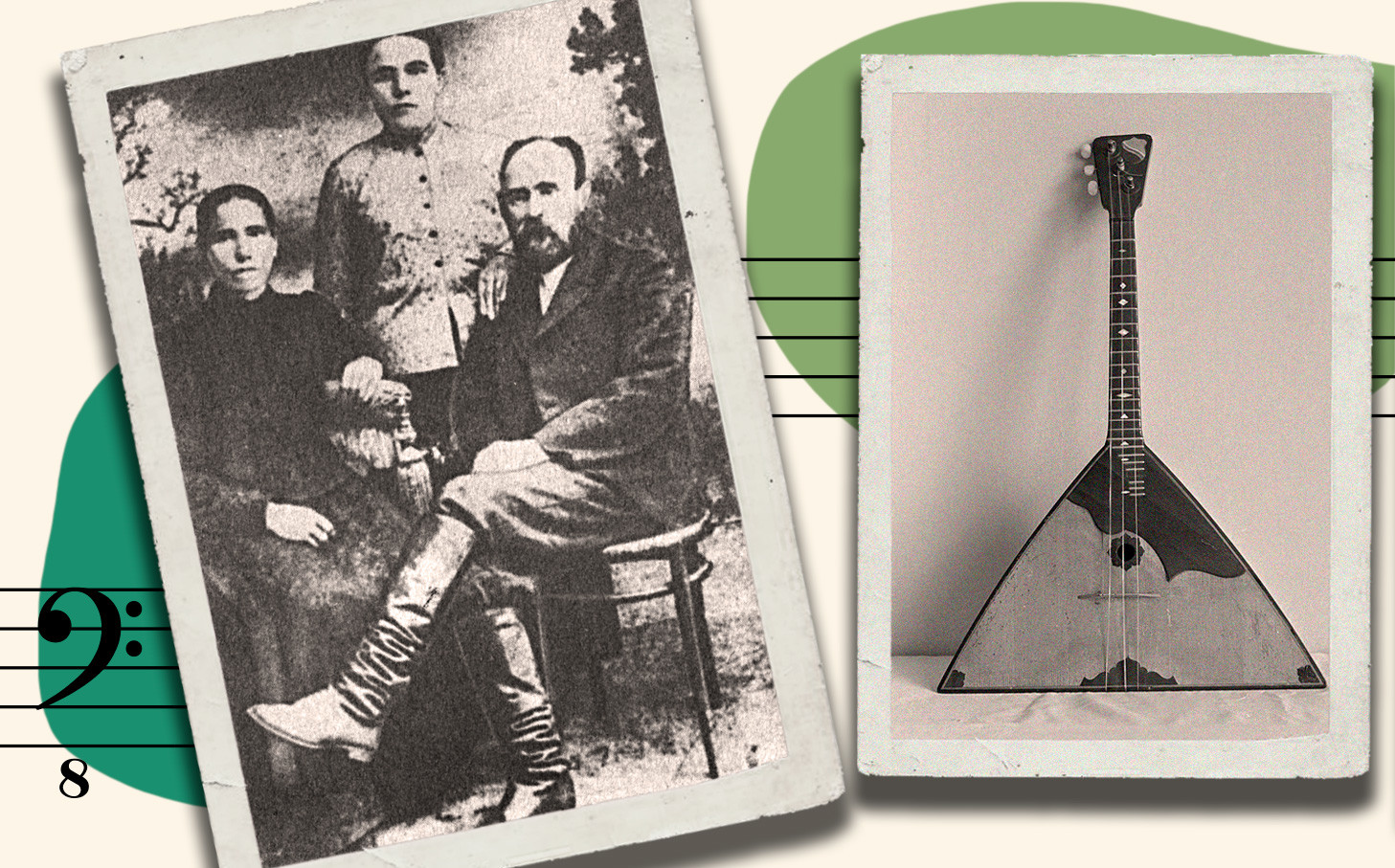 Semen Nalimov with his wife (on the left) and his sister. A traditional folk instrument, balalaika (on the right).

Andreev and Nalimov met in the early 1890s. A local legend has it that when tasked with creating the instrument, Nalimov walked around Andreev’s estate, knocking on wooden window frames and doors, aiming to produce the best sound and distinguish the flawless material for making a perfect balalaika. Eventually, Nalimov told the estate owner that he had found the one: the estate’s window frames and doors were made of first-class mountain maple and the handyman thought it would prove to be the perfect material. Andreev ordered the window frames and the doors to be removed and taken to Nalimov’s workshop. While the latter was working on the instrument, Andreev’s house stood windowless and without doors, or so says the legend.

Equipped with the best instruments and material, Nalimov was eventually able to produce what was required: a perfect balalaika that sounded unlike any other folk instrument Andreev had ever heard.

“There is already a given harmony in [Nalimov’s instrument]. In this sense, Nalimov is closer to Stradivari. [His instrument]” is a very accurate expression of a certain harmony. It is very concentrated and structured and, therefore, quite complex. The depth does not come from the performer, but from the instrument itself,” said Russian composer and balalaika virtuoso Alexey Arkhipovsky. 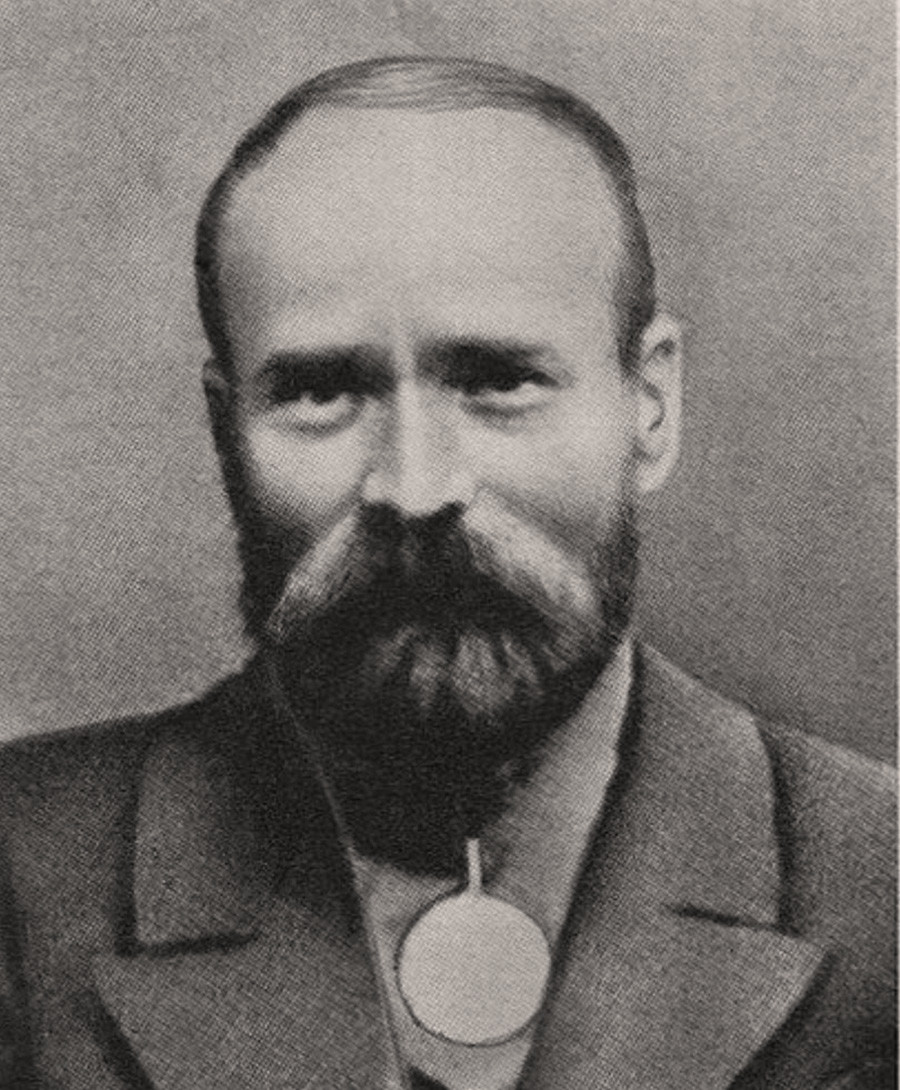 Indeed, instruments made by Nalimov are considered highly valuable today. Collectors from different countries dream of acquiring those. “There is an unofficial inventory list of Nalimov’s instruments. It’s been made by enthusiasts. It accounts for around 125 instruments, but a portion of those are abroad, because foreigners are literally after these instruments,” says Andrey Gorbachev, Head of the Department of Stringed Folk Instruments of the Gnessin Russian Academy of Music.

Semen Nalimov died in 1916 at the age of 59, leaving a substantial legacy behind. He had made some 300 instruments including balalaikas, dombras and others. He had rightfully earned the nickname “Stradivari of balalaikas”, immortalizing the folk instrument along with his devoted employer Vasili Andreev.

Click here to find out more about the most Russian of all folk musical instruments.