How the Russians defended Moscow in 1941 (PHOTOS) 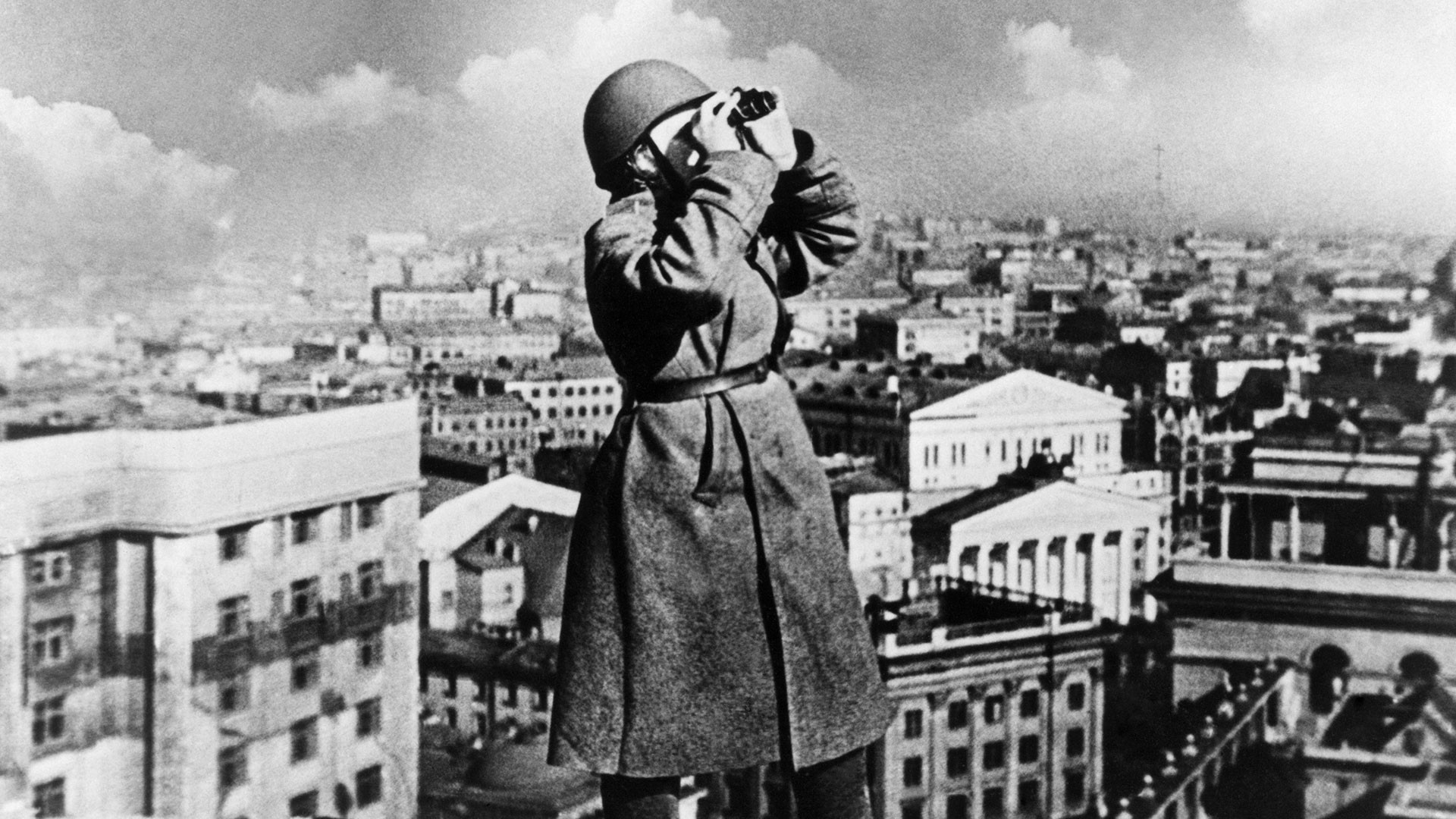 Naum Granovsky/TASS
It was the battle for the Soviet capital that laid the foundation for the eventual defeat of Nazi Germany.

On Sept. 30, 1941, the 2nd Panzer Group of Heinz Guderian, stationed in the region of Shostka, Ukraine, launched an offensive in the direction of Moscow. On Oct. 2, according to the plan for Operation Typhoon, all the main forces of Germany’s Army Group Center joined the drive against the Soviet capital. Thus began one of the most critical battles of WWII.

For two months, the Red Army strained every sinew to hold back the fierce onslaught bearing down on Moscow. Fierce battles were fought for every settlement on the way. The stubborn resistance of the Soviet troops wore down the Wehrmacht and undermined its commanders’ belief in a quick victory.

By the end of November, the German offensive had fizzled out. On Dec. 5, the chief of the General Staff of the German Ground Forces, Franz Halder, noted in his diary: “Von Bock [commander of Army Group Center] reports: the forces are depleted. The 4th Panzer Group will not be able to advance tomorrow.”

As it turned out, the German troops had to abandon plans for the offensive indefinitely. That same day, Dec. 5, the Red Army launched its own carefully planned counterstrike, which threw the enemy into disarray and pushed them back 100-250 km from the city. The German blitzkrieg strategy in the USSR had utterly failed.

“We are building fortifications under incessant enemy fire. We have no time to finish them, events are unfolding too quickly. The battle is raging. The sound of gunfire, the roar of tanks, our rifles and the shoulder of a comrade are all we have. They’re bombing us. Anything they can lay their hands on, the Germans are throwing at us from planes: barrels, blocks of metal. The beasts! A sack that fell on top of us contained a corpse with a note: ‘Here’s the chairman of a collective farm for you.’ I will bust a gut to prove to these fascist bastards what Soviet soldiers are capable of,” reads an entry from the diary of the unknown commander of the Podolsk cadets dated Oct. 12, 1941. 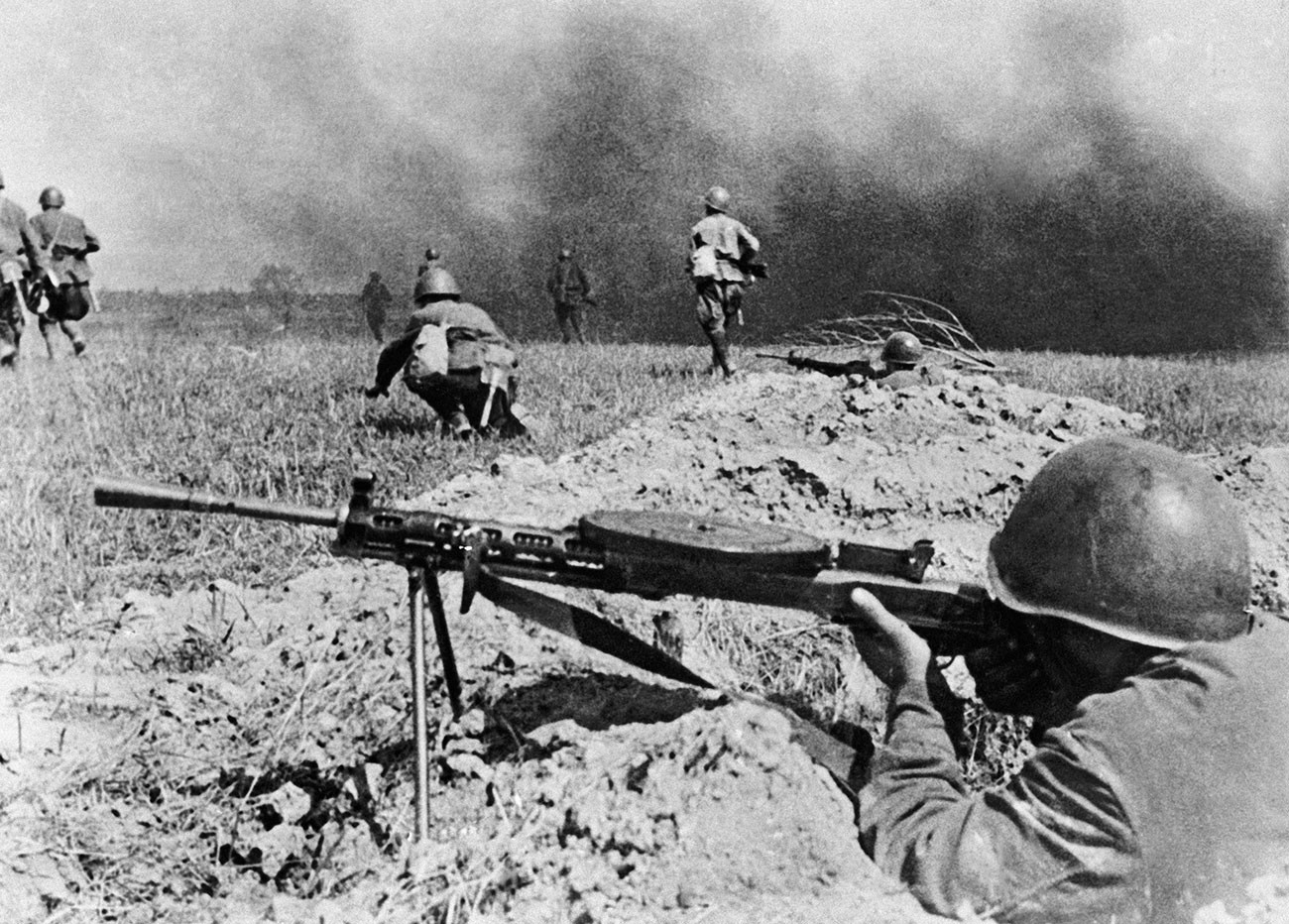 “During the day we went to school, and at night we guarded the airfield, where a fighter regiment was stationed. Then, when the raids on Moscow began, we located the missile crews giving signals to the German planes using missiles, and we were sent to look for them. We spotted one crew member and pursued him. He realized he was cornered, ran inside a latrine and hanged himself,” recalled Nikolai Kholyanov, a resident of Klin, Moscow Region. 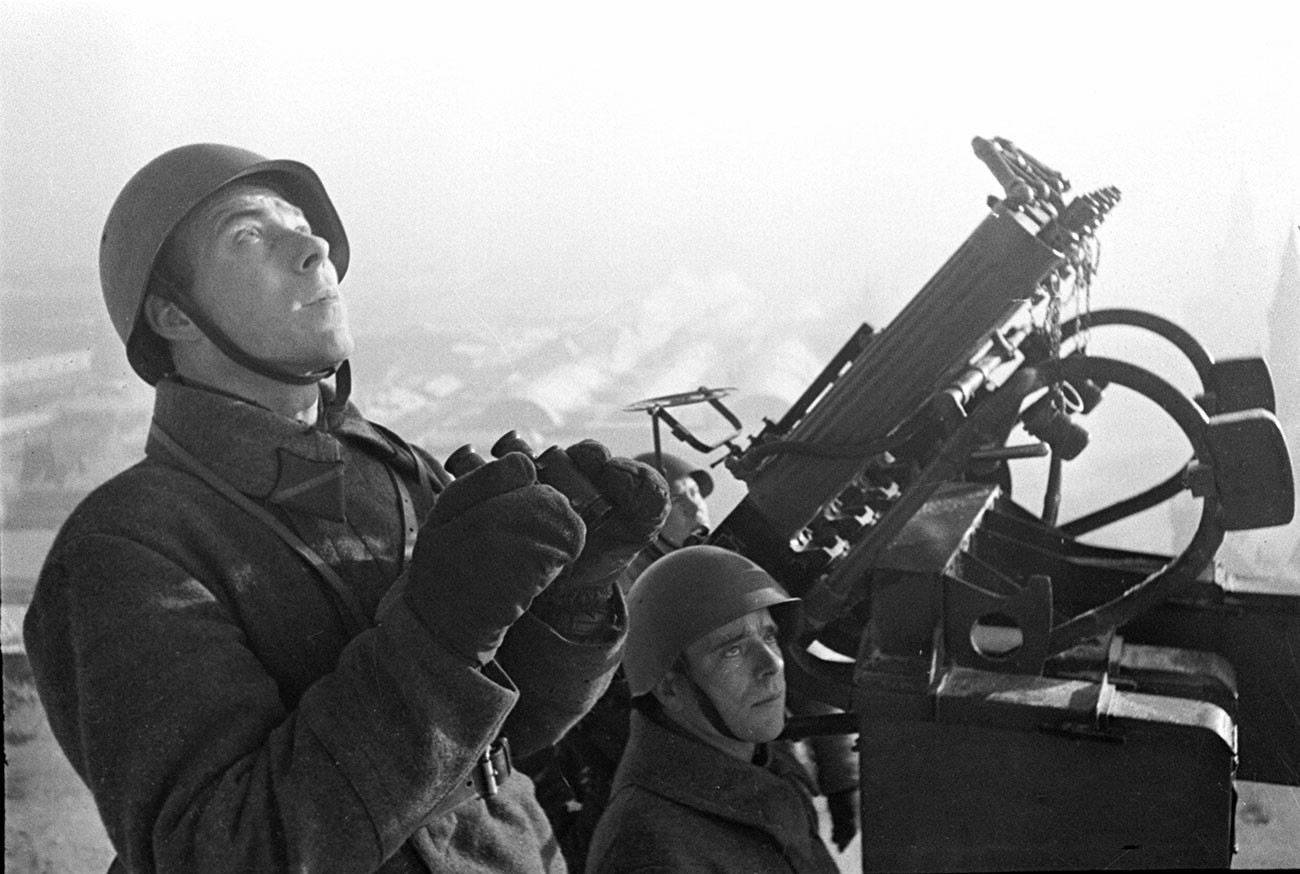 “That night [Oct. 16-17, when Muscovites were in panic over rumors about the imminent surrender of the city], we had the feeling that the Germans might appear on the streets at any moment. But they didn't come that night. The next morning, the entire factory was mined. One push of a button would have blown the entire plant into the air. Then the Moscow City Council called and said: ‘Don't blow anything up.’ On the same day it was reported that Stalin was in Moscow, and the mood changed immediately. Now we were sure that Moscow would not be given up,” recalled Olga Sapozhnikova, a worker at the Trekhgornaya Manufaktura factory. 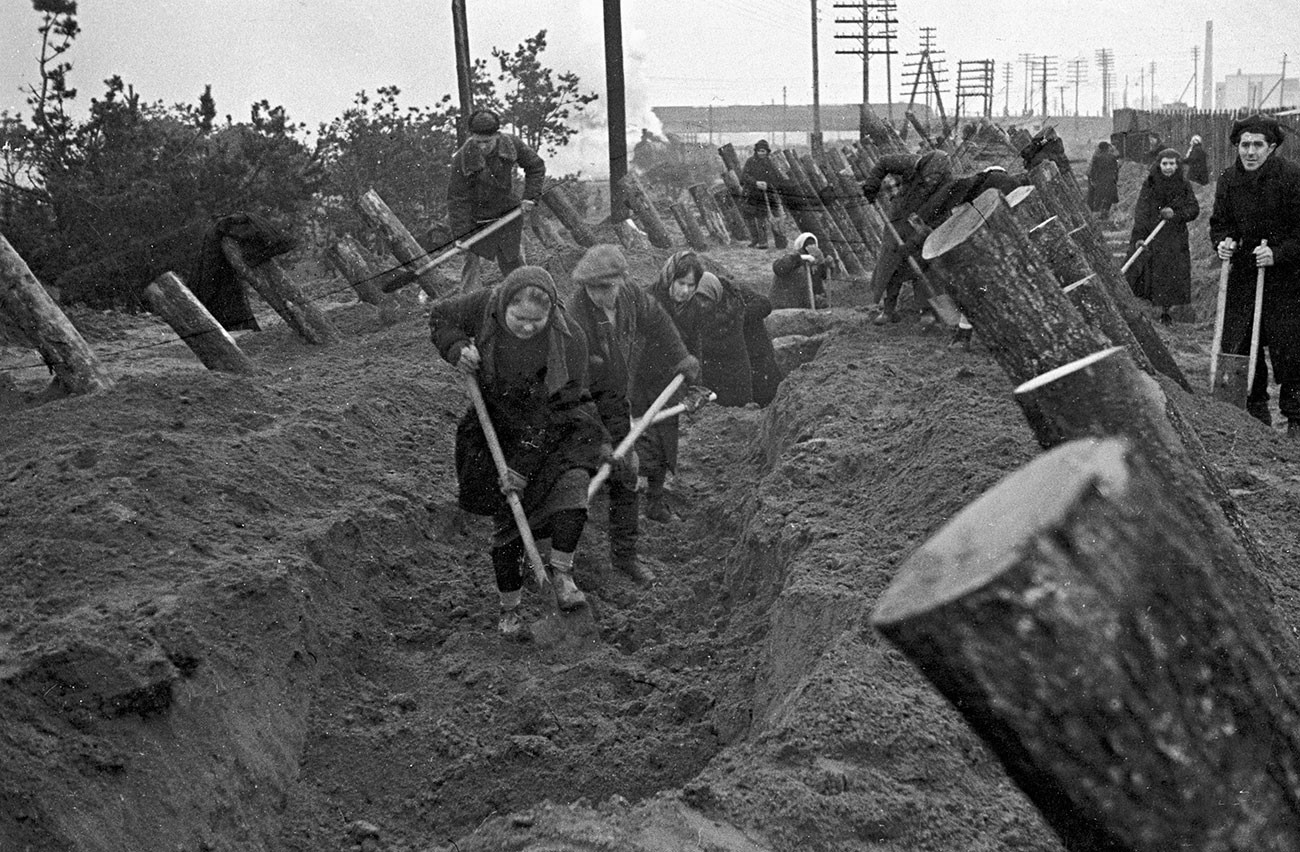 “When we reached the outskirts of Moscow, the mood of our commanders and troops suddenly changed dramatically. We were horrified to discover in October and early November that the defeated Russians had not ceased to exist as a military force at all,” said General Gunther Blumentritt, chief of staff of the 4th Army of the Wehrmacht. 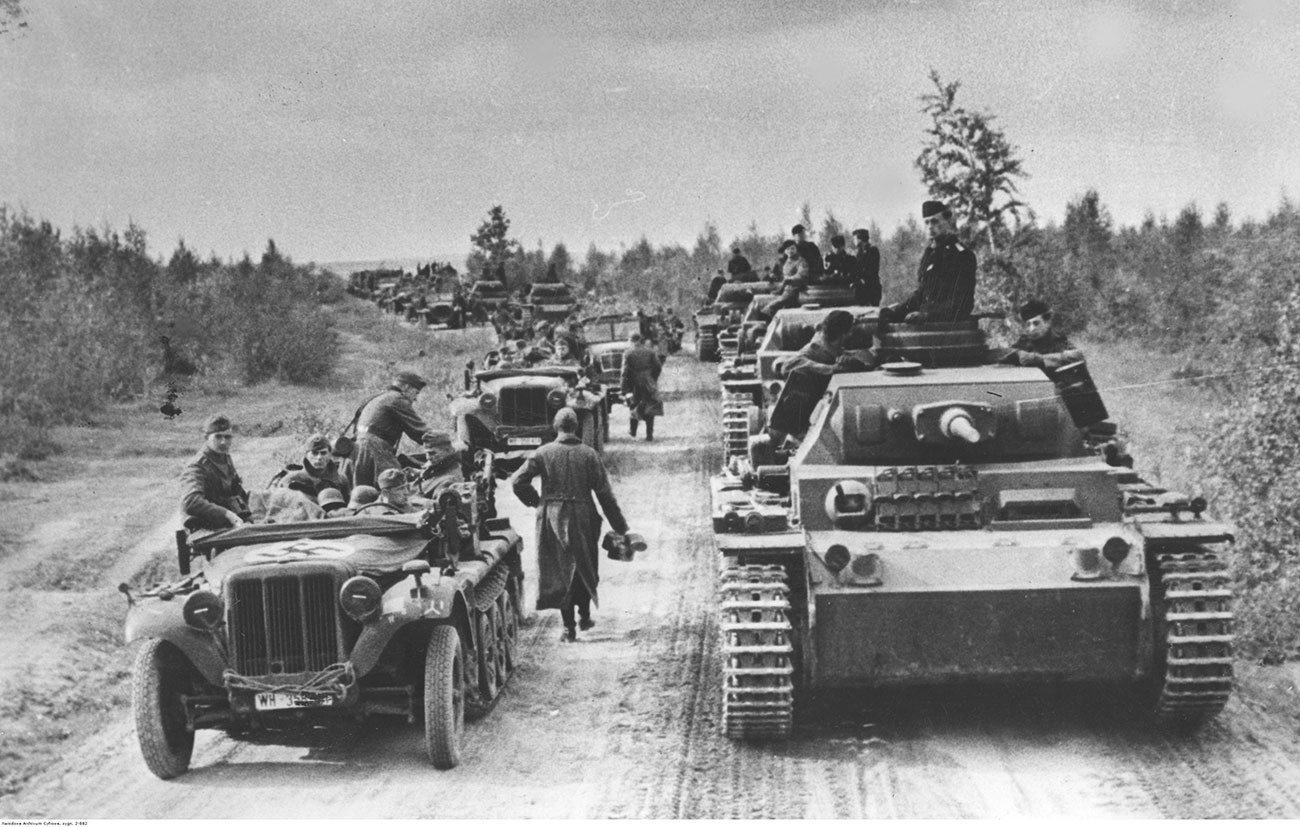 “On Nov. 7, 1941, our regiment took part in the parade marking the 24th anniversary of the October Revolution... We were brought to Red Square, it was snowing, but we were in such high spirits – you couldn’t hear the shooting or the cannonade. Where were we? We’d gone to heaven!.. The parade had that effect on us... It already seemed like a Victory Parade!” recalled artilleryman Gabbas Zhumatov. 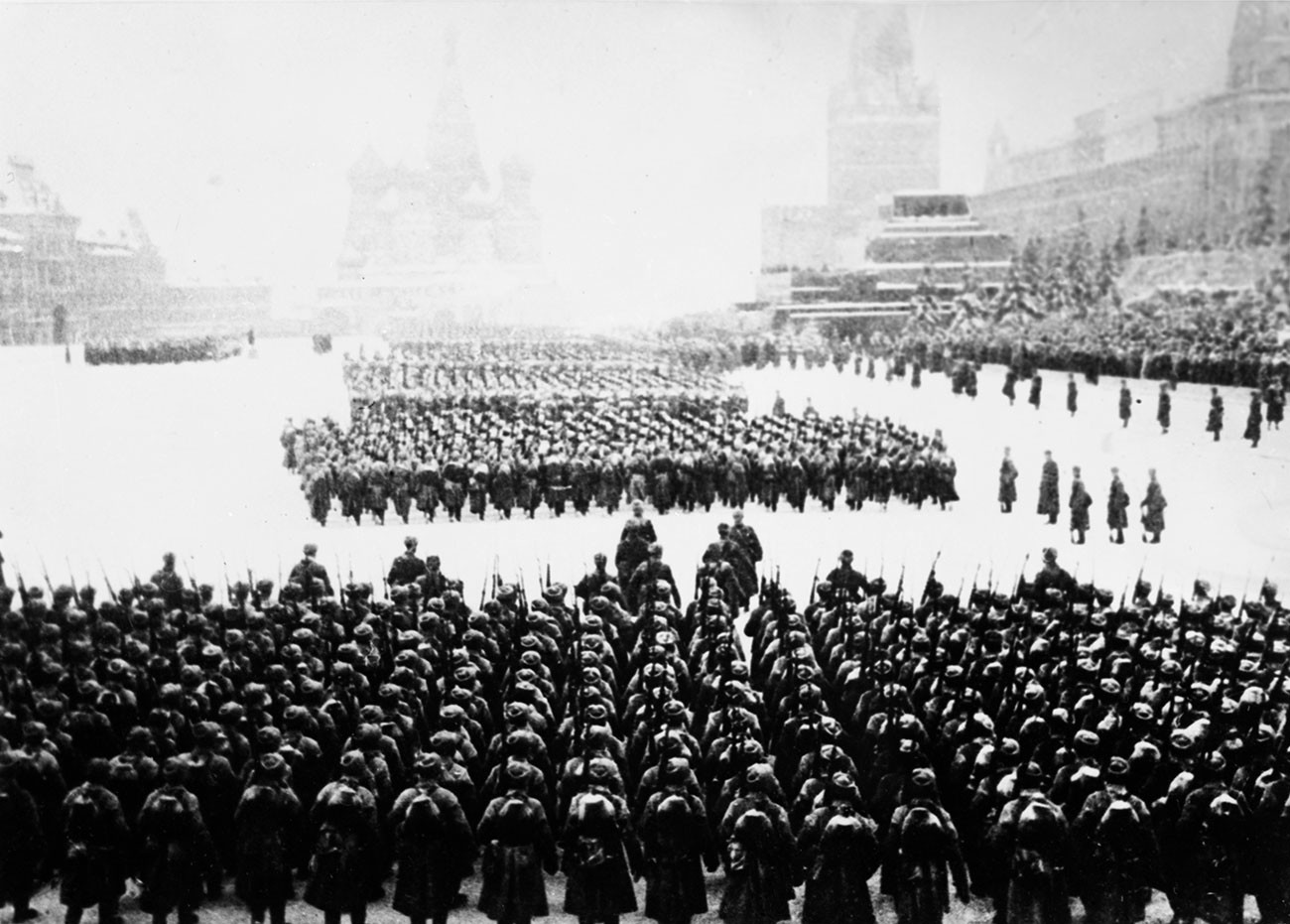 “Sometimes I try to remember the details of the Moscow battles, but nothing comes of it. All my memories merge into one: hunger, cold, death all around... We were given boots, but our overcoats remained the same, from cadet training, which didn’t protect us from the winter cold. The battles were never-ending, tanks shooting, guns firing, we went on the attack, the Germans went on the attack...” said machine gunner Pyotr Delyatitsky. 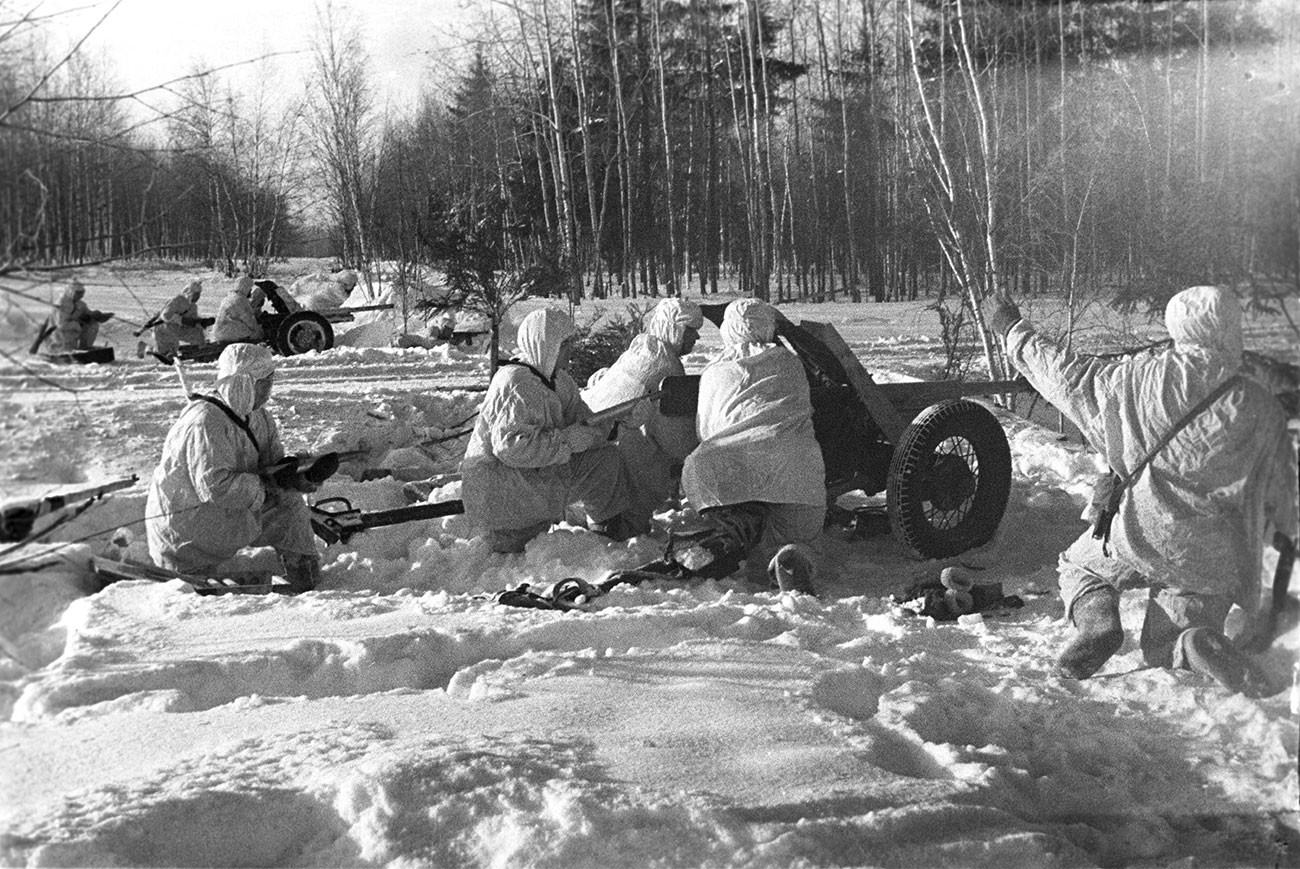 “For an hour and a half the entire front was rumbling, then all five armies went on the offensive. Alongside us was [Major-General Lev] Dovator's cavalry. They went first, then commanded us: ‘Forward!’ – and we went. We were advancing, but the Germans were nowhere to be seen, they had turned tail. I was amazed: ‘Wow!’ I thought, ‘just as we retreated from the border to Moscow, they’ve now retreated!’ Everyone cheered up, started laughing: ‘Finally, we’re driving them out! Now victory will be ours!’” recounted infantryman Tunguchbay Apasov. 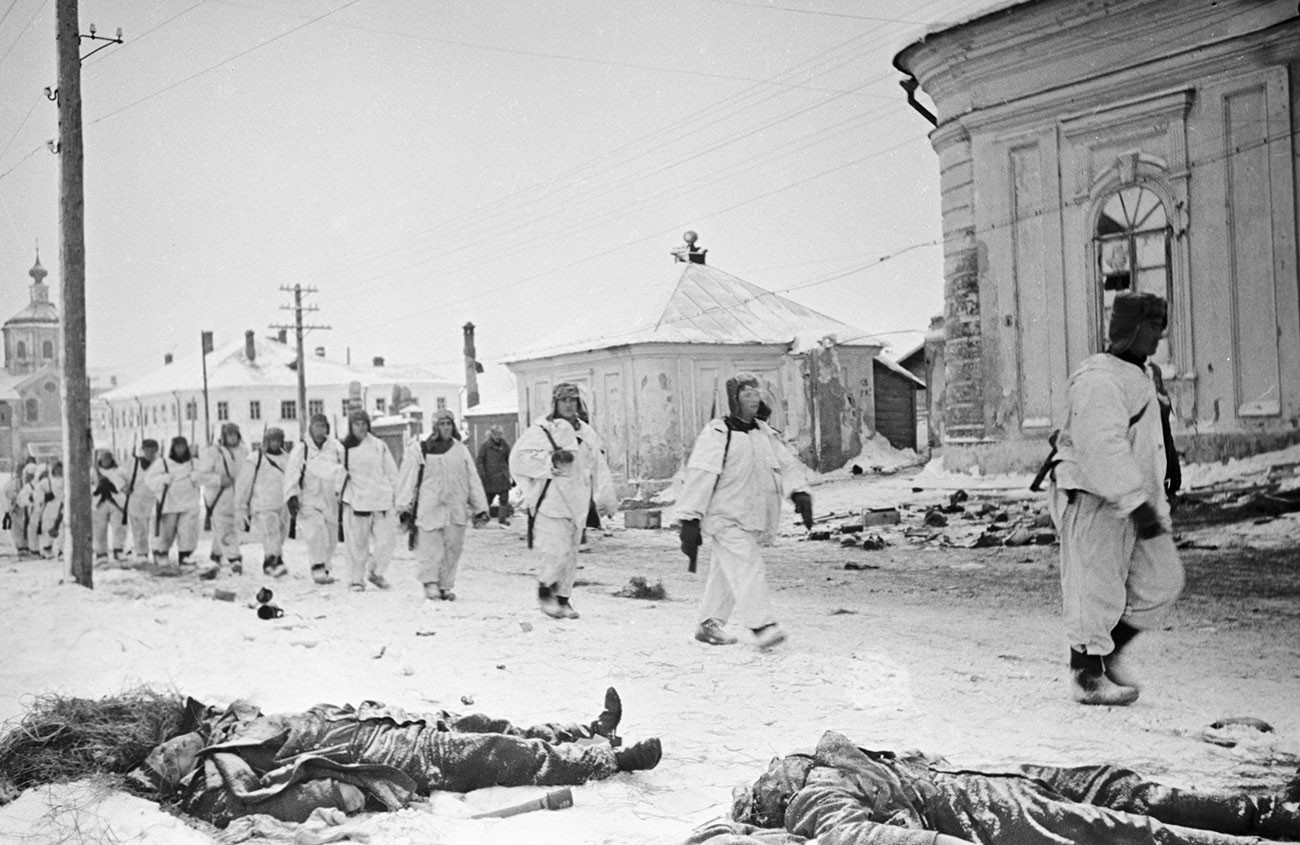 “It’s hell here. The Russians don’t want to leave Moscow. They’ve begun to attack. Every hour brings terrible news. I beg you, stop writing to me about the silk and rubber boots I promised to bring you from Moscow. You must understand, I’m dying, I’m going to die, I can feel it,” a private solder by the name of Volheimer wrote to his wife. 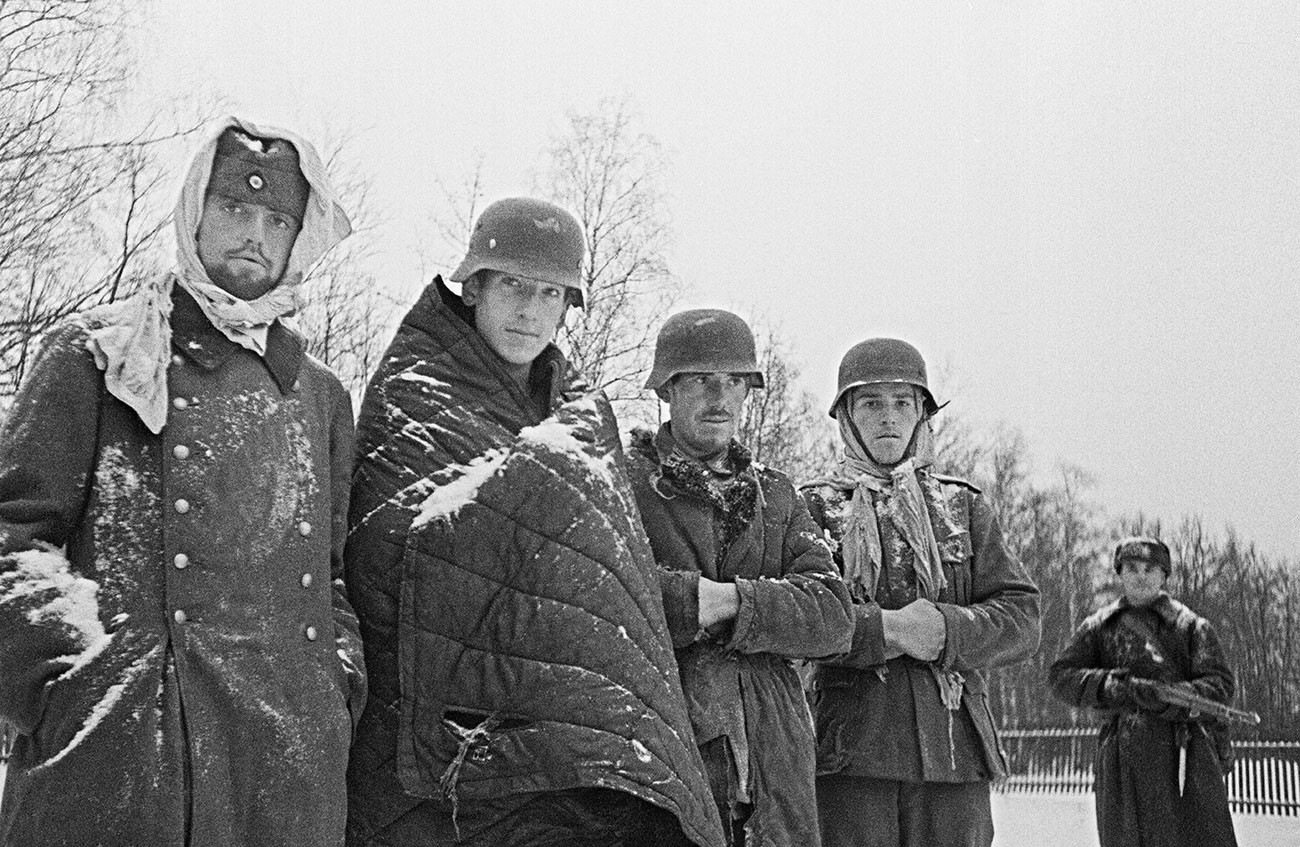 “When asked what I remember most about the war, I always answer: the Battle of Moscow. In the harsh, unforgiving conditions, our troops hardened, matured and, armed with just the minimum combat gear required, turned from a retreating defensive force into a powerful offensive one... the foundation was laid for the subsequent defeat of Nazi Germany,” wrote Marshal Georgy Zhukov in his memoirs, Reminiscences and Reflections. 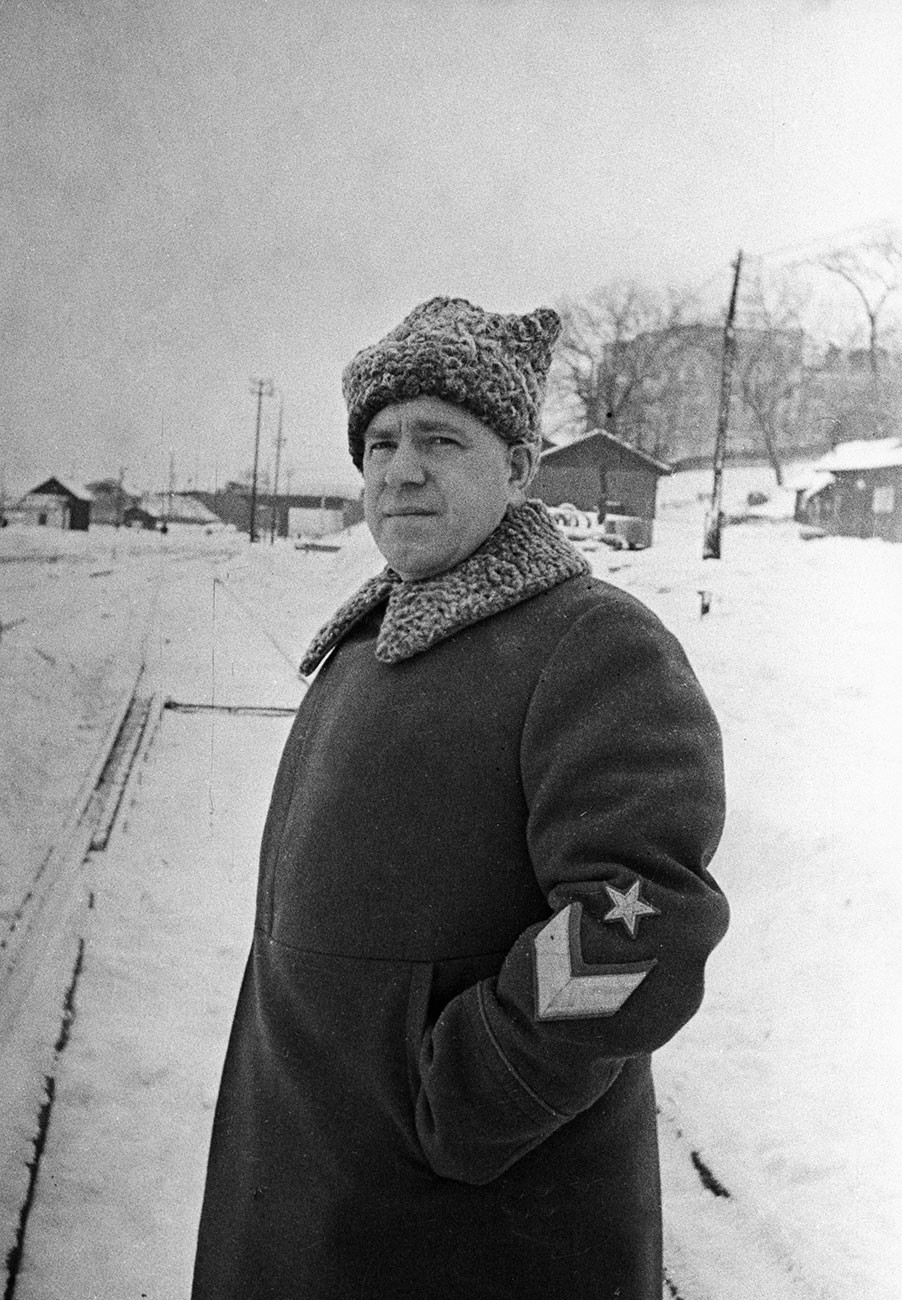