How Lenin and Stalin's bodyguards operated 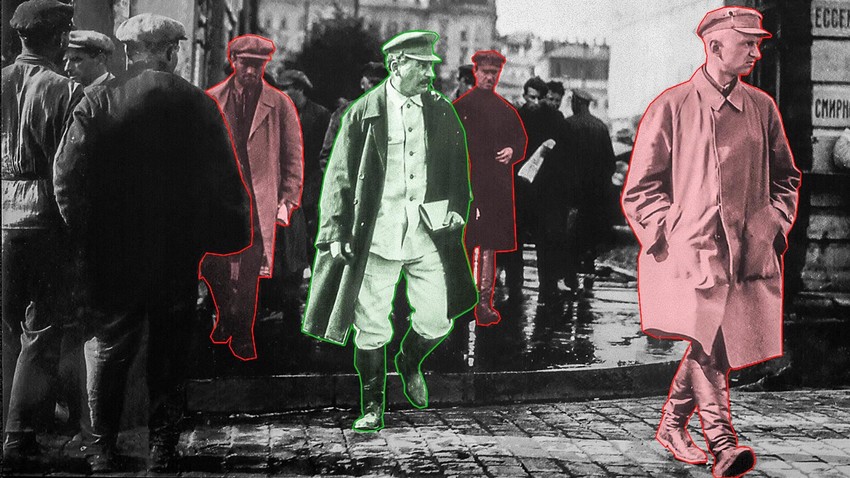 Getty Images
The Soviet “leaders of the people” still needed personal protection from these very people. Who ensured the security of the first two leaders of the Soviet State, Vladimir Lenin and Joseph Stalin?

Lenin’s immediate minder was Stepan Gil, a car driver who used to work in the Emperor’s garage. He carried only a pistol to protect the leader of the new state. But the catch is, Lenin himself detested personal security. Gil remembered: “Vladimir Ilyich categorically refused any kind of protection. He never carried a weapon with him (except for a tiny ‘Browning’, which he never fired) and asked me not to arm myself either. Once, when he saw a revolver in a holster on my belt, he said affectionately: ‘Why do you need this thing, comrade Gil?’ However, I continued to carry the revolver with me, although I carefully hid it from Vladimir Ilyich.”

It seems Lenin believed that, in a Bolshevik state, ruled by the people, he was invincible, because nobody would attack him. But they did.

‘20 healthy men are idling around my person’ 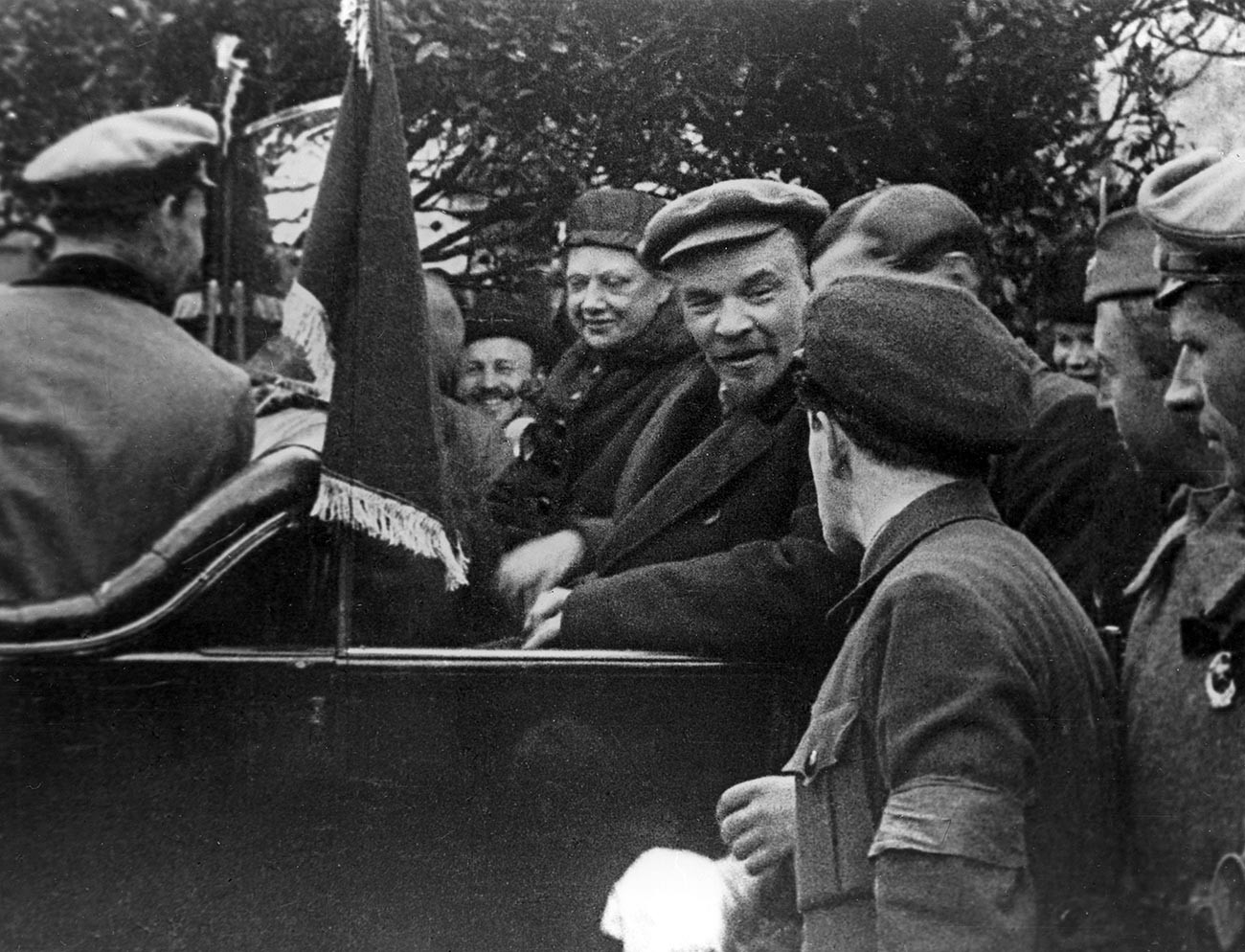 Vladimir Lenin and Nadezhda Krupskaya in a car. May 1st, 1919.

In December 1917, somebody stole Lenin’s car while Gil went for a cup of tea. The vehicle was later recovered in the hands of some contrabandists who had tried to smuggle it abroad. On January 1, 1918, another car Lenin was in was fired at. The shots barely missed Lenin and his sister. They were apparently saved by Fritz Platten, Lenin’s Swiss friend, who made them both duck under the seat.

In August 1918, Moisey Uritsky, a renowned Bolshevik, was killed in Petrograd. The same day, Lenin was attacked by a woman named Fanny Caplan after holding a speech at a factory in Moscow. Stepan Gil failed to notice or stop the attacker. Lenin was heavily wounded. There are versions that this wound eventually led to the demise of his health and death. 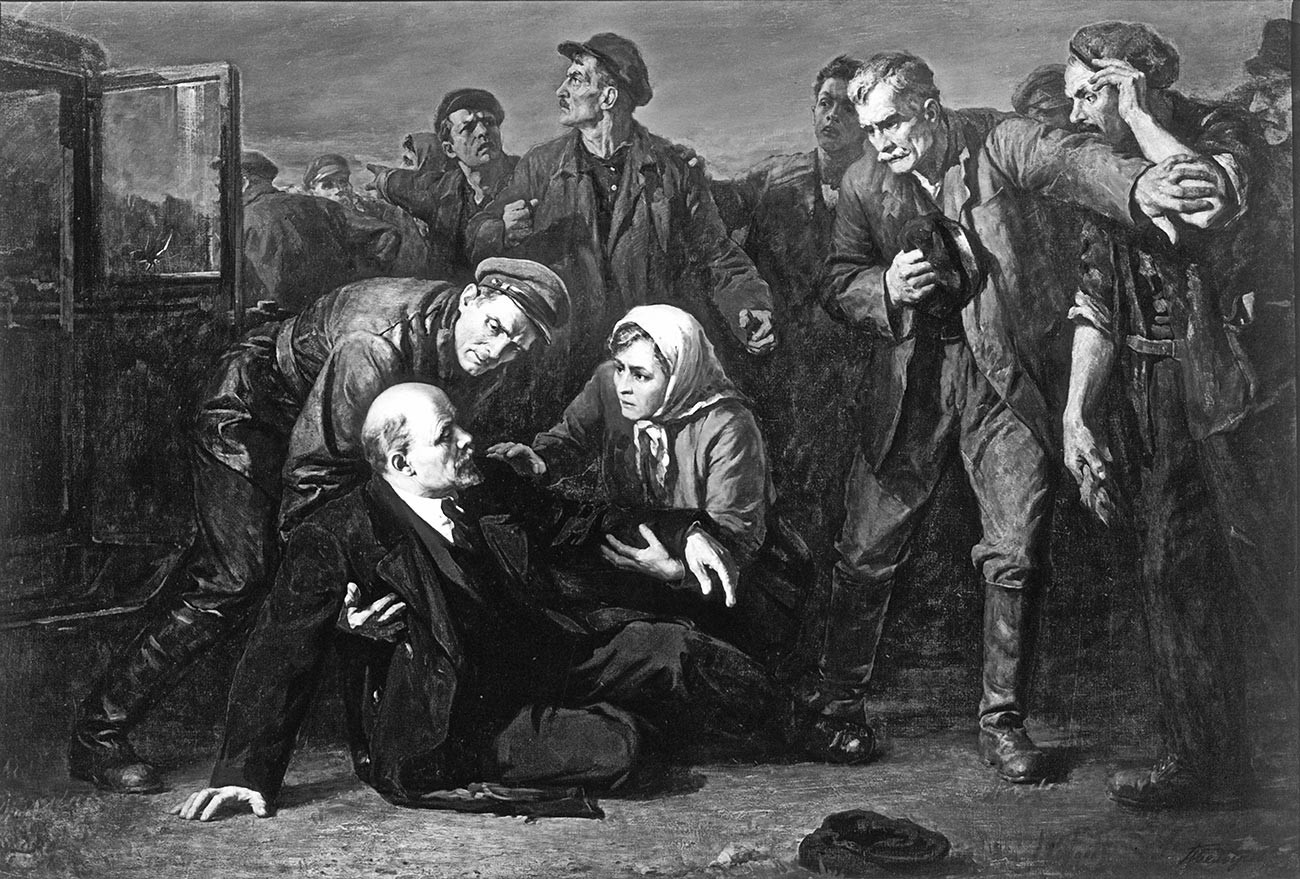 Only after this near-fatal attempt was Lenin’s first official security unit formed, manned by 20 officers. However, Lenin still detested the measures. Once, when in his residence in Gorki near Moscow, he was heard saying: “The revolution needs every soldier and here 20 healthy men are idling around my person.”

In January 1919, Lenin was attacked again – but this time, just by a bunch of criminals who didn’t recognize him. Gil was driving Lenin and his sister to the Sokolniki district of Moscow to visit Lenin’s wife Nadezhda Krupskaya in a hospital. Suddenly, their Rolls-Royce was stopped by three men with guns. Gil was helpless again. The bandits dragged Lenin, his sister and the driver out of the vehicle, robbed them and drove away. The leader of the attackers was shot dead during their apprehension days later. 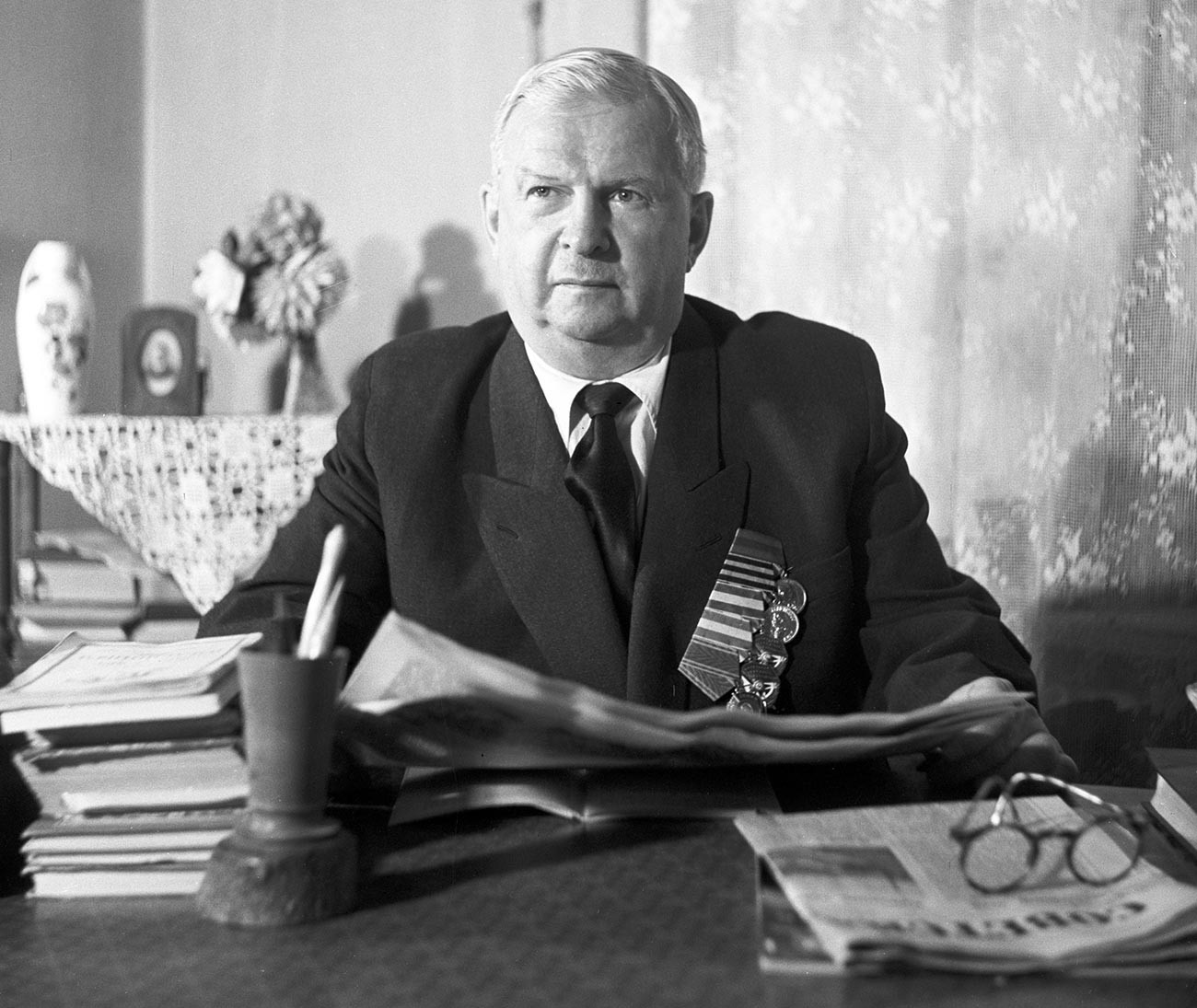 The last attempt was in September 1919, when a terrorist threw a bomb into the room where Lenin was about to hold a speech, killing 12 and wounding 55 – but missing the target. After that, there were no more known attempts. In 1922, Lenin became isolated in Gorki after a stroke, protected by 20 officers.

‘Comrade Stalin must be restricted from walking around Moscow’ 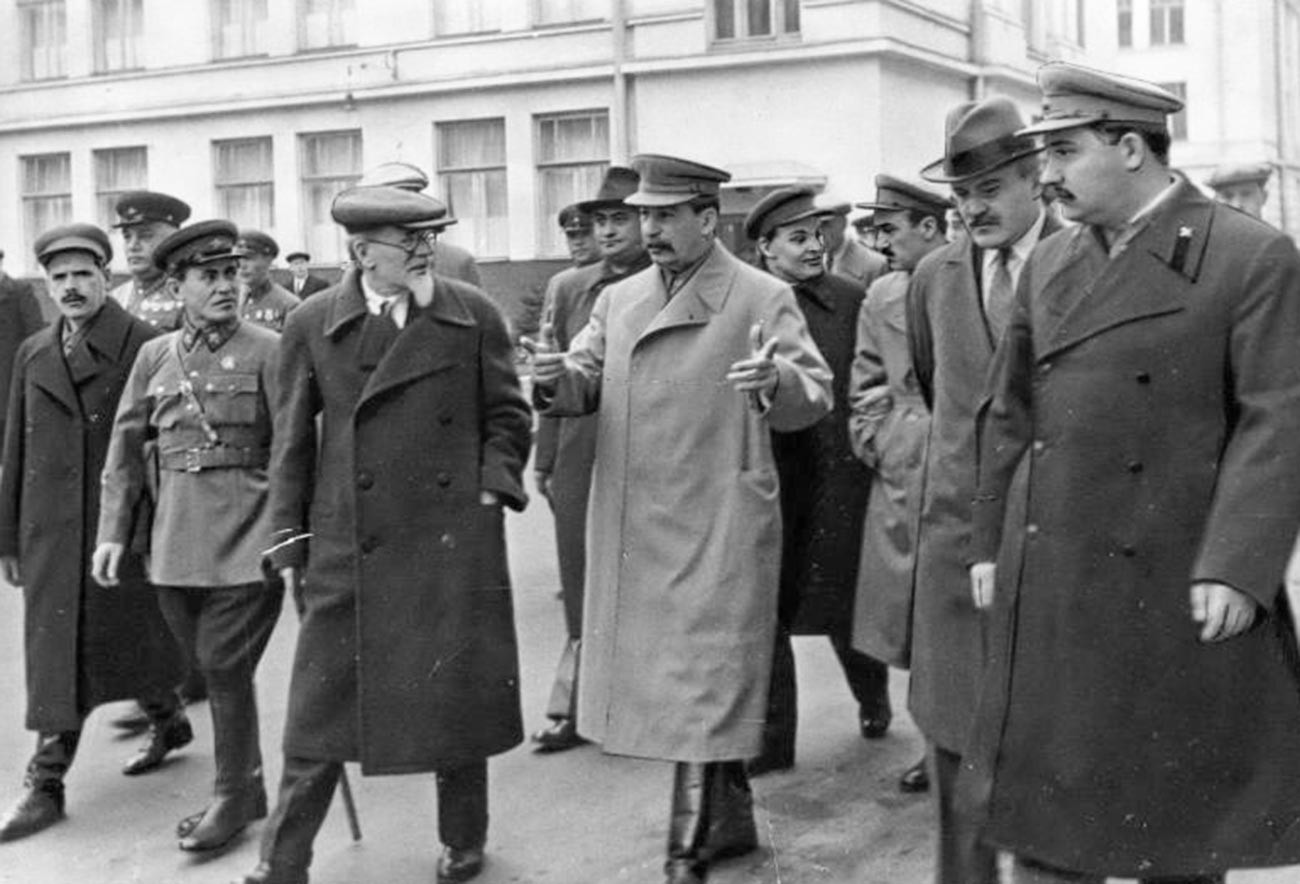 After Lenin’s death in 1924, the security of the Soviet head of state was completely reformed. In 1923-1929, the security of the state’s leading Bolsheviks was ensured by the Political Directorate of the Soviet Army and Soviet Navy. From 1929, when Stalin decisively took power into his hands, security started to grow considerably. And in 1934, the responsibility of protecting the leader was entrusted to the People’s Commissariat for Internal Affairs (abbreviated NKVD), the interior ministry of the Soviet Union.

Stalin was much like Lenin – an old revolutionary who had engaged in criminal activity. He was used to walking on foot, disguised as a passerby in his casual trench coat and his peaked cap. From the Kremlin, he could walk a kilometer to the building of the Central Committee of the CPSU or to the Bolshoi Theater. Security agents had to follow him on these walks. In 1931, Stalin’s security apprehended a former Tsarist army officer, who carried a gun with him. The officer ran into Stalin on Ilyinka Street near the Kremlin and was moments from pulling his weapon out.

After that incident, Soviet Prime Minister Vyacheslav Molotov issued an order to the security: “Comrade Stalin must be restricted from walking around Moscow.” From that moment on, Stalin and the rest of the protected persons could only move around accompanied by their own guards, even on the territory of the Kremlin. 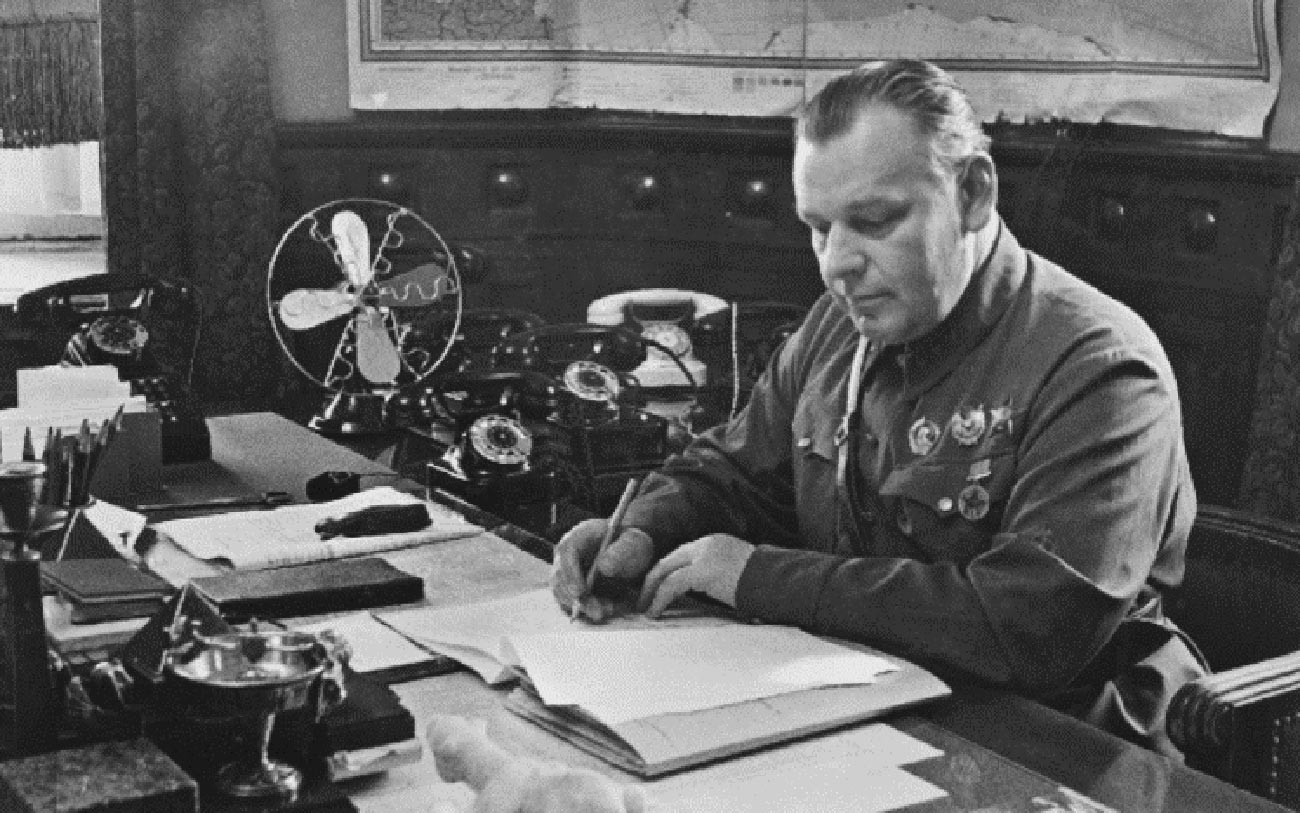 Nikolay Vlasik, the head of Stalin's security, in his study, late 1930s.

The real reform in Stalin’s personal security was performed by Nikolay Vlasik, who headed Stalin’s personal security unit from 1927. When Vlasik first came to the dacha where Stalin lived, he saw “a complete mess. There was no laundry, no dishes, no staff… I began with sending laundry and dishes to the dacha and arranged for the supply of food from the state farm located next to the dacha. I sent a cook and a cleaner there and established a direct telephone connection with Moscow.” And in the 1930s, the cooks, cleaners and all other staff at Stalin’s dacha, as well as in the residences of other high-ranked Bolsheviks, were all first trained as state security employees.

In 1938, in the wake of the forthcoming war, Vlasik further improved Stalin’s security. Vlasik and his four deputies controlled a huge system of security that included protected private resorts on the Black Sea coast, private food production, training centers for security personnel, etc. Vlasik put special emphasis on the treatment of Stalin’s health, who, by that point, had multiple illnesses and conditions, especially in his later years. A special “Kremlin” clinic was organized for the high-ranked officials and, later, even a special hospital. 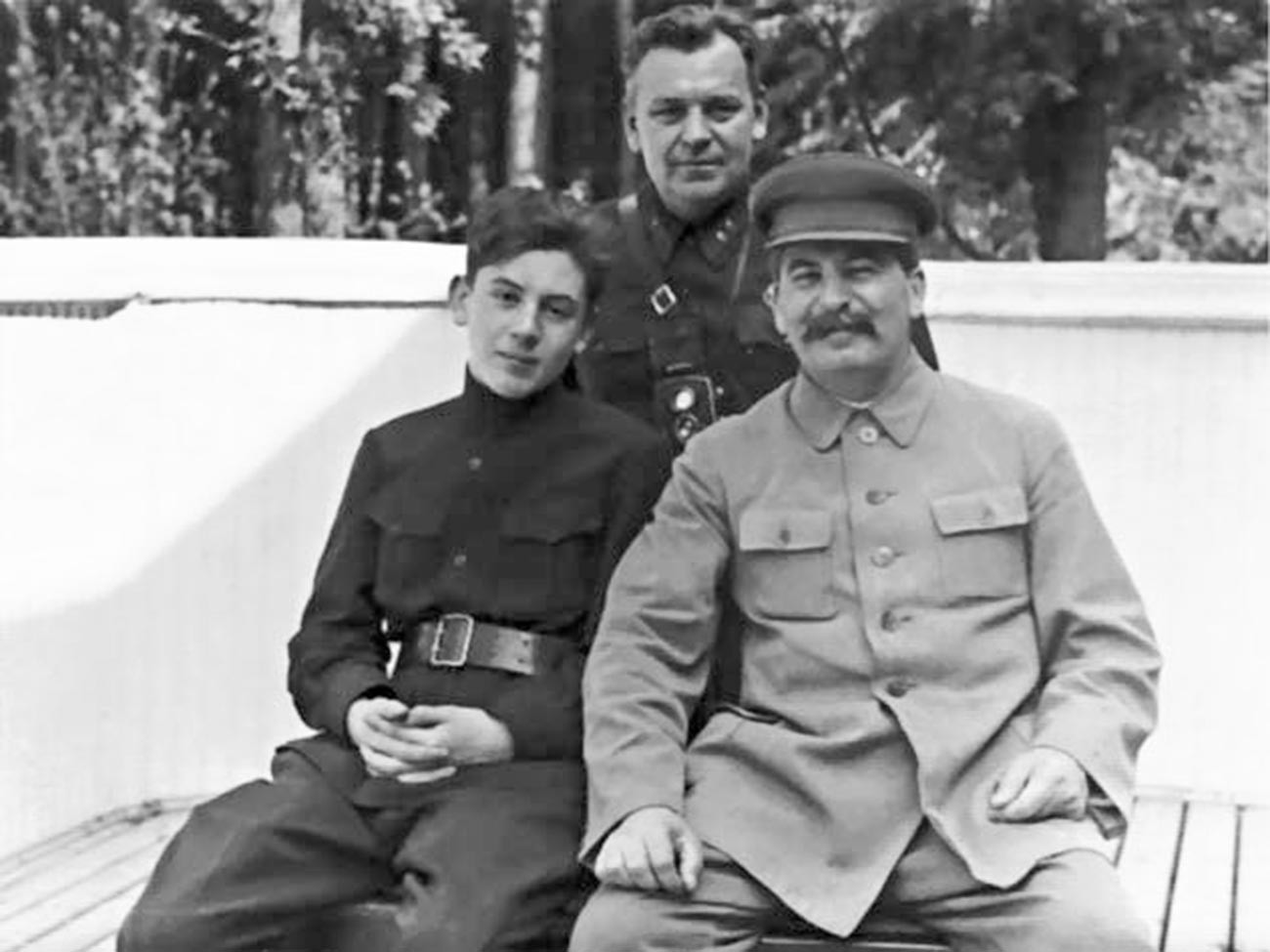 Stalin’s personal security unit consisted of about 200 people in total, to ensure effective rotation of personnel. There were about 30-40 personal bodyguards who worked with the ward himself. They worked in shifts, 9-12 people per shift, including two drivers – one main, the second spare, who followed in an escort car with security. The bodyguards were forbidden to make personal requests to Stalin. There are a great lot of rumors about Stalin’s treatment of his security – from not noticing them altogether to inviting them for a game of chess – but none of them have documentary proof.

Vlasik devised the system of the leader’s protection during his visits. Multiple identical limousines were present in the cortege and had different routes, with very few people knowing which car Stalin was in. Also, most likely body doubles were used, disguised by make-up artists to resemble Stalin, to further confuse possible attackers. 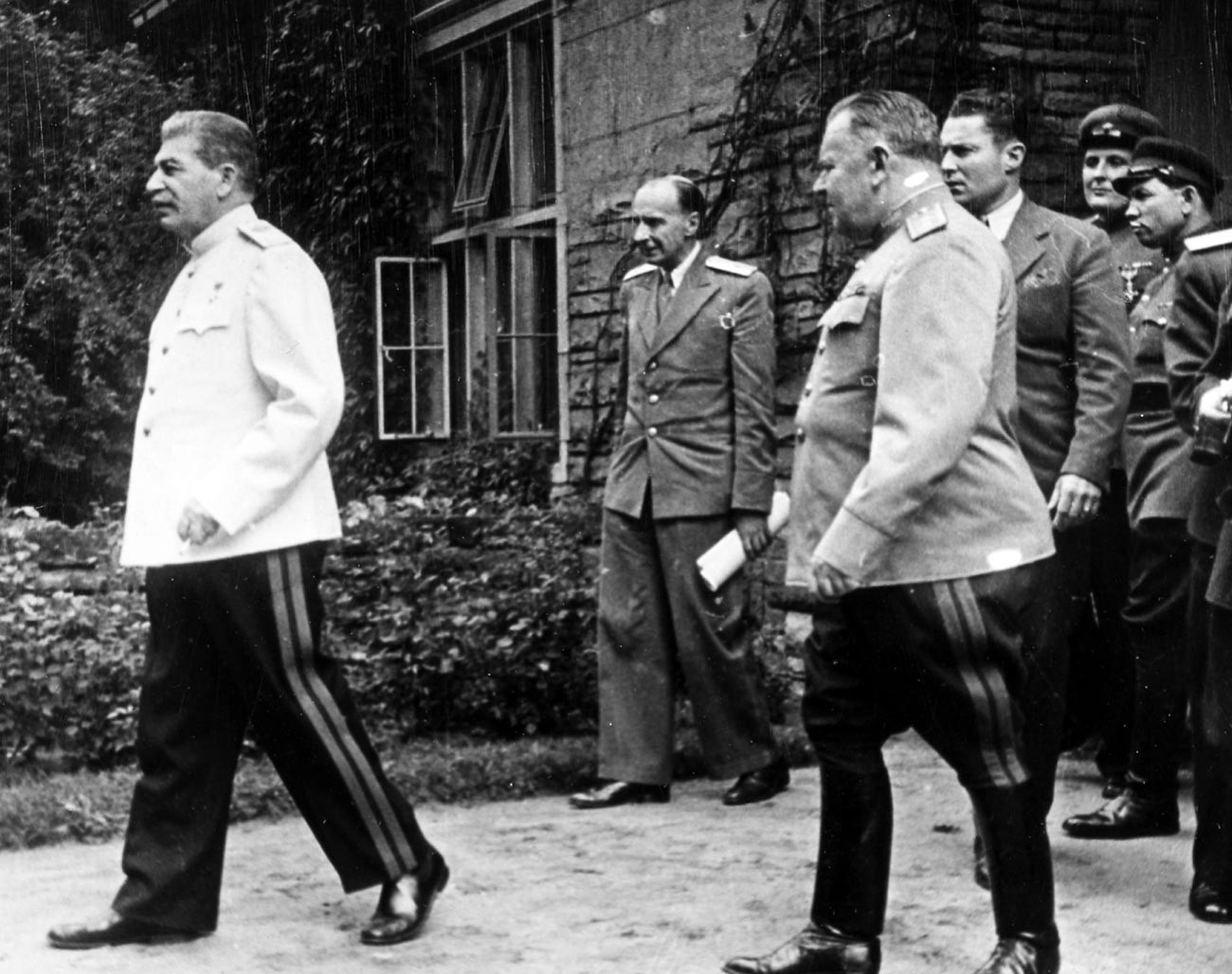 Also, Vlasik employed a method used by the security of the Russian Emperors – during Stalin’s trips to and from his dacha, security guards stood by both sides of the road all along Stalin’s route to prevent any possible intrusions. When Stalin traveled by train, his train was preceded and followed by trains filled with security officers.

Vlasik’s security measures indeed proved effective – during his time as the head of Stalin’s security, no attempts were made to assassinate Stalin – at least none that are known of. In 1952, Vlasik was deposed from the position of Stalin’s chief security officer, following a reorganization of the interior ministry performed by Lavrentiy Beria. In 1953, Stalin died after spending several hours in his rooms unattended after suffering a stroke.