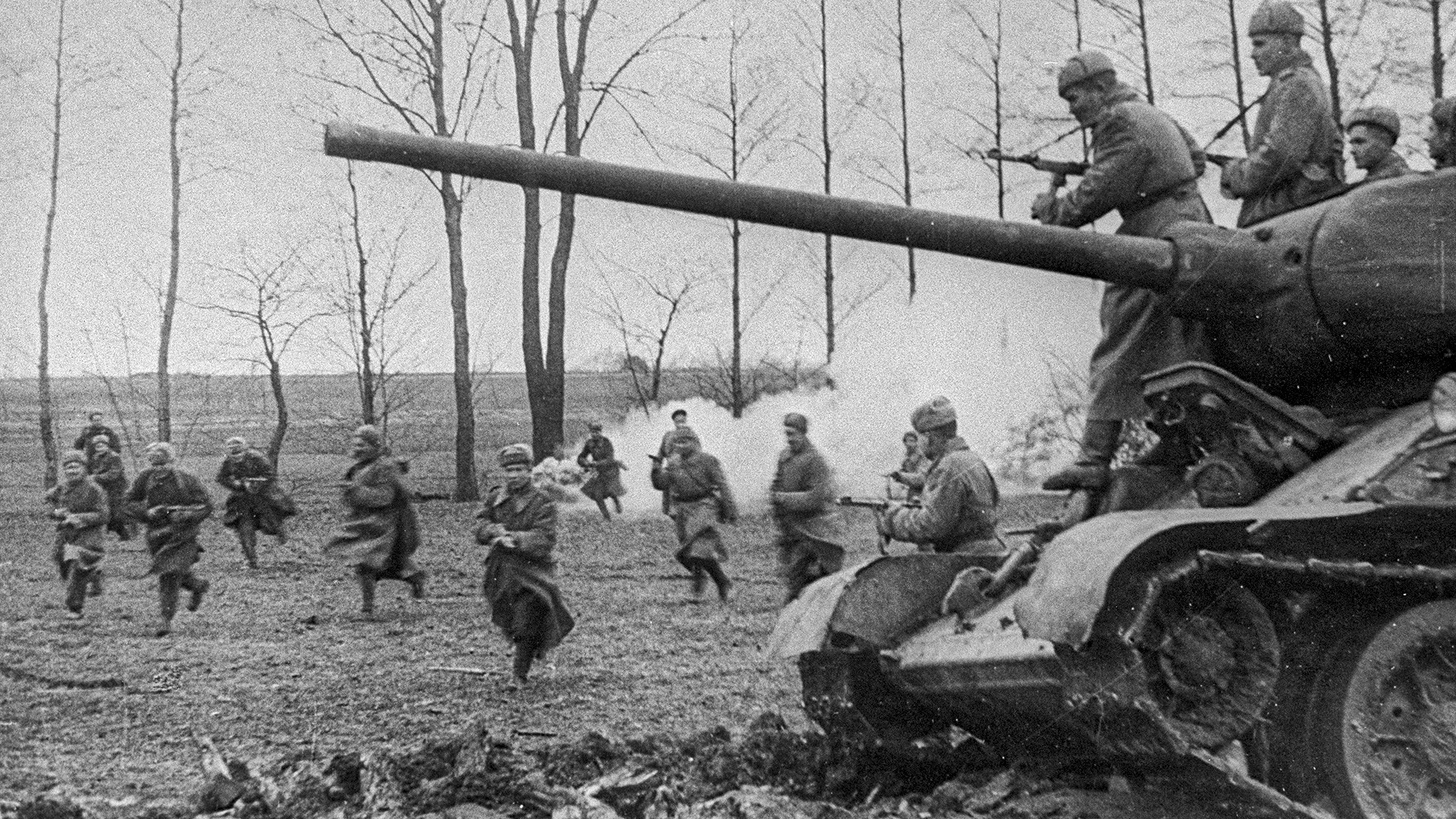 Sputnik
These large-scale offensive operations by Soviet troops essentially ensured the victory of the anti-Hitler coalition over the Axis countries in World War II.

In 1944, the Red Army conducted 10 major strategic offensive operations, as a result of which almost the entire territory of the Soviet Union was liberated, more than 130 enemy divisions were destroyed and Bulgaria, Romania and Finland switched sides and joined the anti-Hitler coalition, while Nazi Germany found itself on the verge of total collapse.

The hallmarks of the operations were the rapid rate of advance of the Red Army, good coordination among all branches of the armed forces, operational and tactical surprise, as well as the effectiveness of massive preliminary bombardments from the air and by artillery.

In Moscow on November 4 of the same year, in a speech titled ‘27th anniversary of the Great October Socialist Revolution’, Joseph Stalin listed the operations for the first time, referring to them as “blows”. Since then, the term has firmly entered everyday usage.

Blow No. 1: The Leningrad-Novgorod Offensive (January-March 1944) 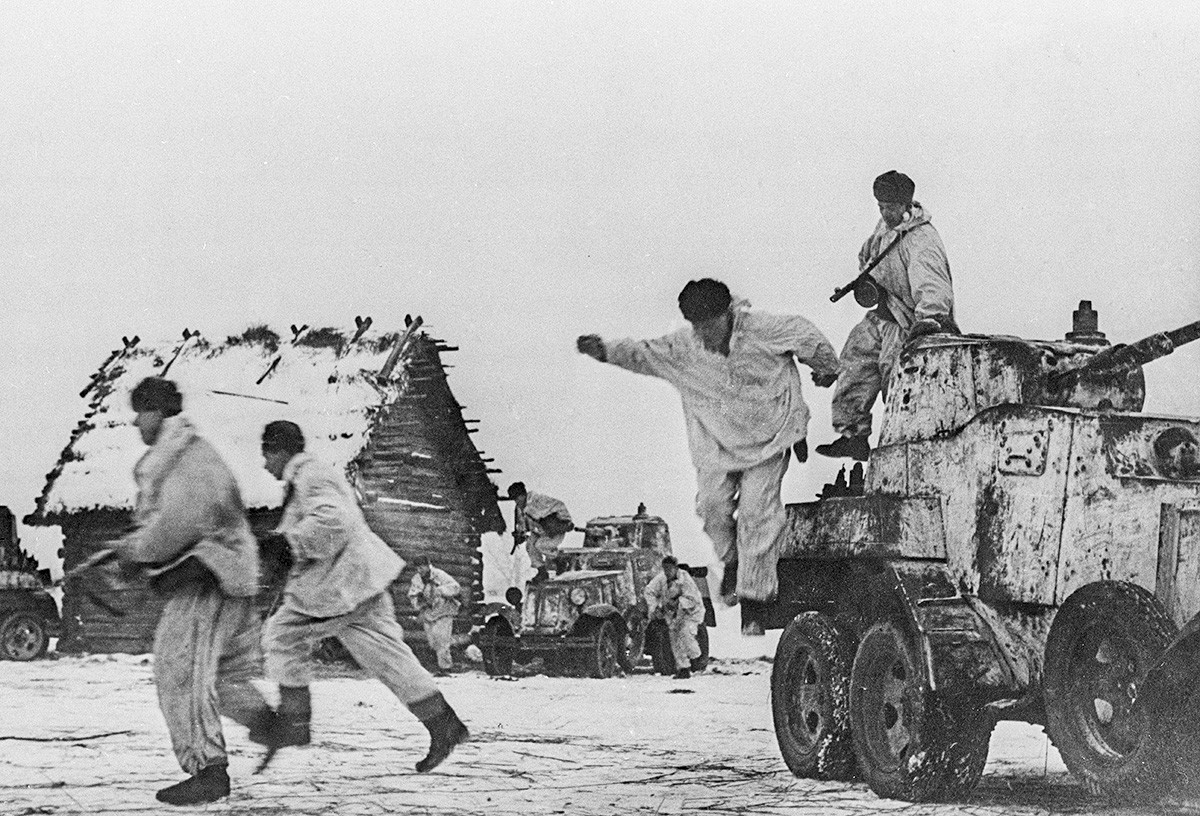 Soviet forces broke through the well-prepared German defenses near Leningrad and pushed the enemy back 200-280 km to the west, thereby fully lifting the siege of the second most important city of the Soviet Union. The 16th and 18th armies of Army Group North suffered a heavy defeat and were forced to retreat to the defensive Panther Line on the borders of Soviet Estonia. 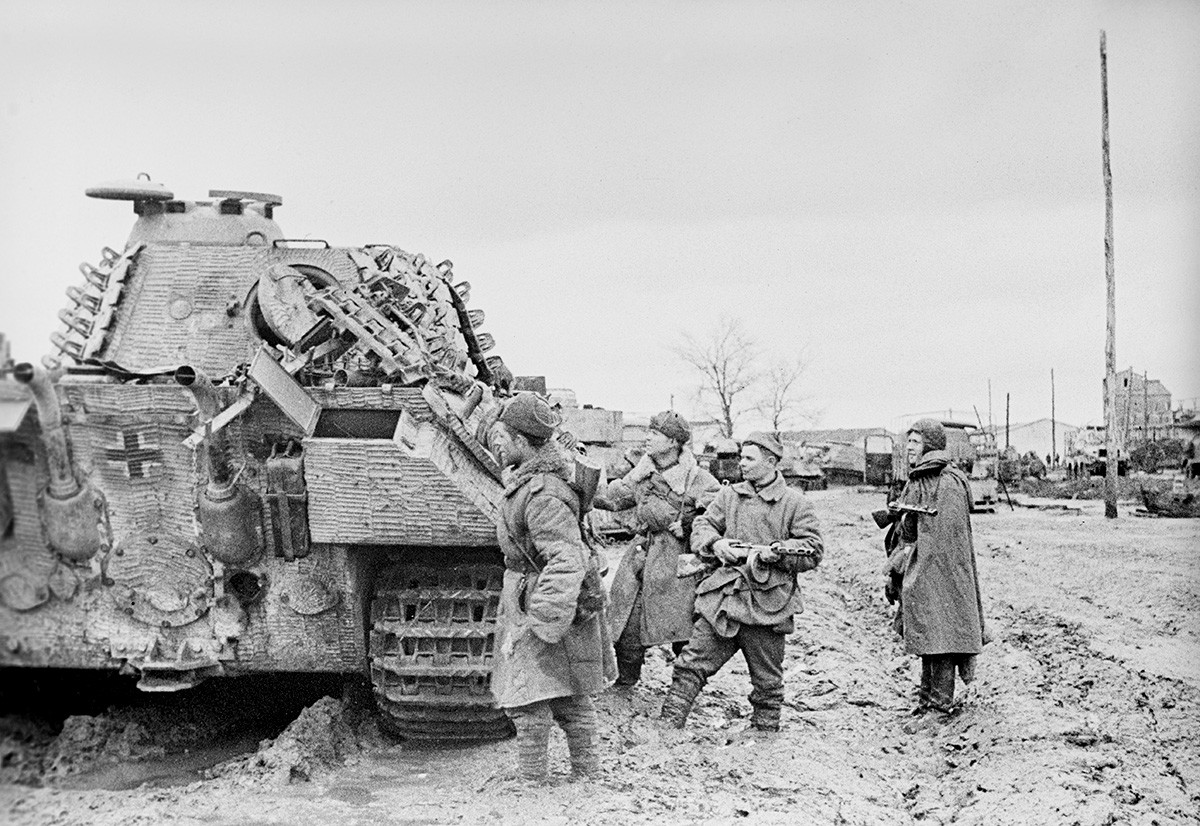 The battle for right-bank Ukraine was one of the largest of World War II, involving up to four million men in total. For a considerable period of time, the Red Army offensive took place in difficult conditions of prolonged bad weather and rasputitsa [muddy conditions as a result of melting snow in spring]. Despite this, the Red Army succeeded in liberating a significant part of Ukraine and a third of Moldavian territory, as well as reaching the state border with Romania. The Commander of Army Group South, Field Marshal Erich von Manstein, was removed from his post for this failure. 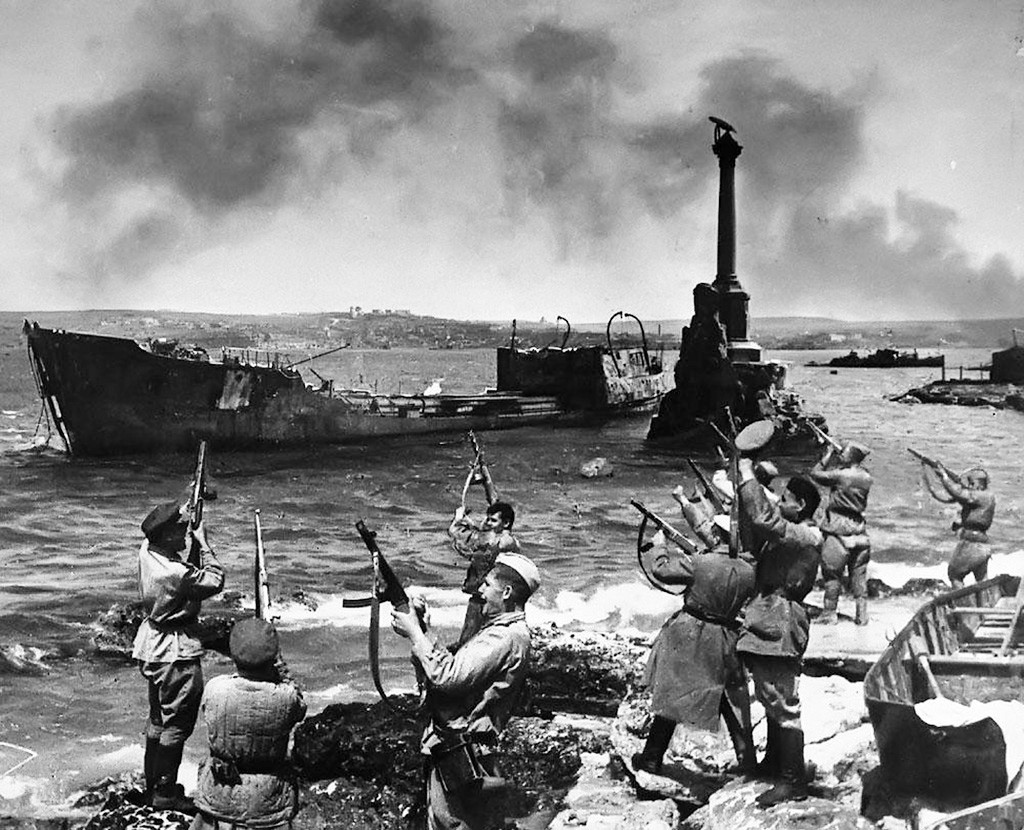 If, in 1941, it had taken the Wehrmacht 250 days to seize Sevastopol, the main naval base of the Soviet Black Sea Fleet, in 1944 the Red Army recaptured it in just three days. The liberation of southern Ukraine and Crimea made it possible to secure the flanks of the Soviet troops advancing towards Romania and for warships to return to their bases on the peninsula. Soon afterwards, they took the entire Black Sea area under their full control.

Blow No. 4: The Vyborg-Petrozavodsk Offensive (June-August 1944) 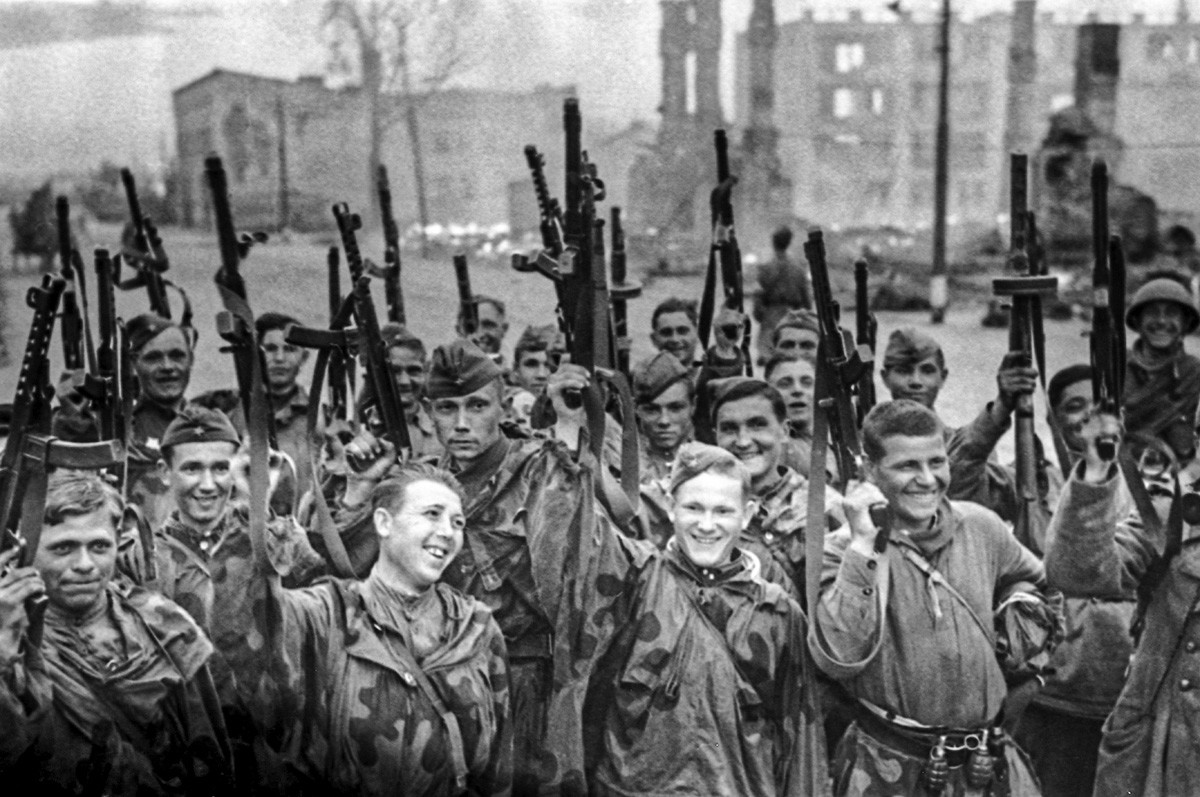 The main objective of the large-scale offensive in Karelia in June 1944 was to force Finland out of the war. Despite the fact that the enemy had concentrated over 70 percent of all its forces on the Karelian Isthmus, the Red Army managed to break through its defenses and seize Vyborg and Petrozavodsk. Faced with the threat of Soviet forces penetrating deep into its territory,  the Finnish government started to look for a way of negotiating a peace with the USSR. 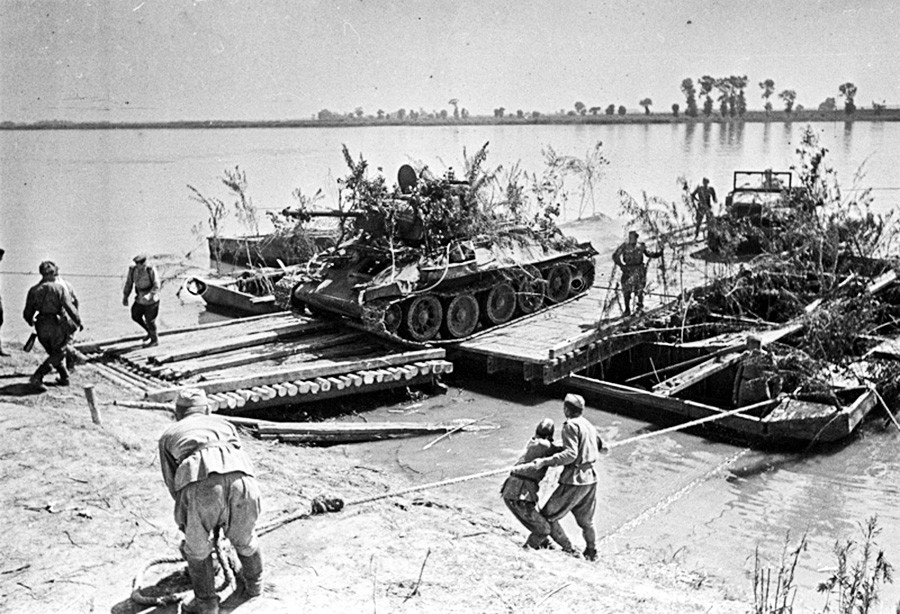 During the Belorussian offensive, known as ‘Operation Bagration’, the Red Army showed the Wehrmacht what a Soviet-style blitzkrieg looked like. The operation, which had been prepared in conditions of the utmost secrecy, came as a complete surprise to the Germans. In just two months of fighting, the forces of three Soviet fronts, thanks to effective coordination, advanced 600 km westwards, defeated Army Group Center and liberated the territories of Belorussia, eastern Poland and parts of the Baltic Region.

Blow No. 6: The Lvov-Sandomierz Offensive (July-August 1944) 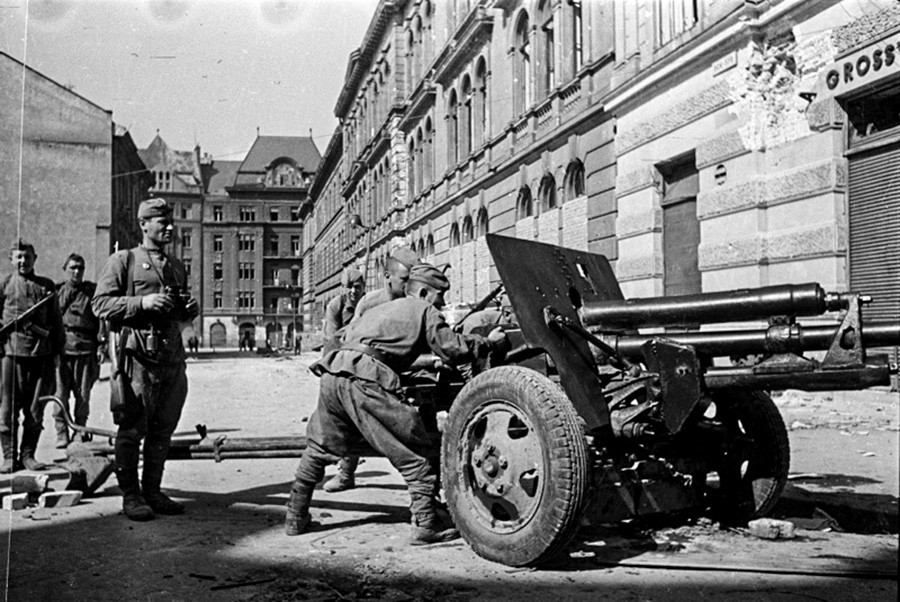 As a result of the Lvov-Sandomierz Operation, the Army Group North Ukraine received a severe drubbing. Thirty-two German divisions lost up to 70 percent of their manpower and eight were completely destroyed. The Red Army fully liberated Ukraine and cut links between the northern and southern German groupings, forcing the Germans to use a roundabout route via Hungarian and Czechoslovakian territory.

Blow No. 7: The Jassy-Kishinev and Bucharest-Arad Offensive - also known as the Second Jassy–Kishinev Offensive (August-October 1944) 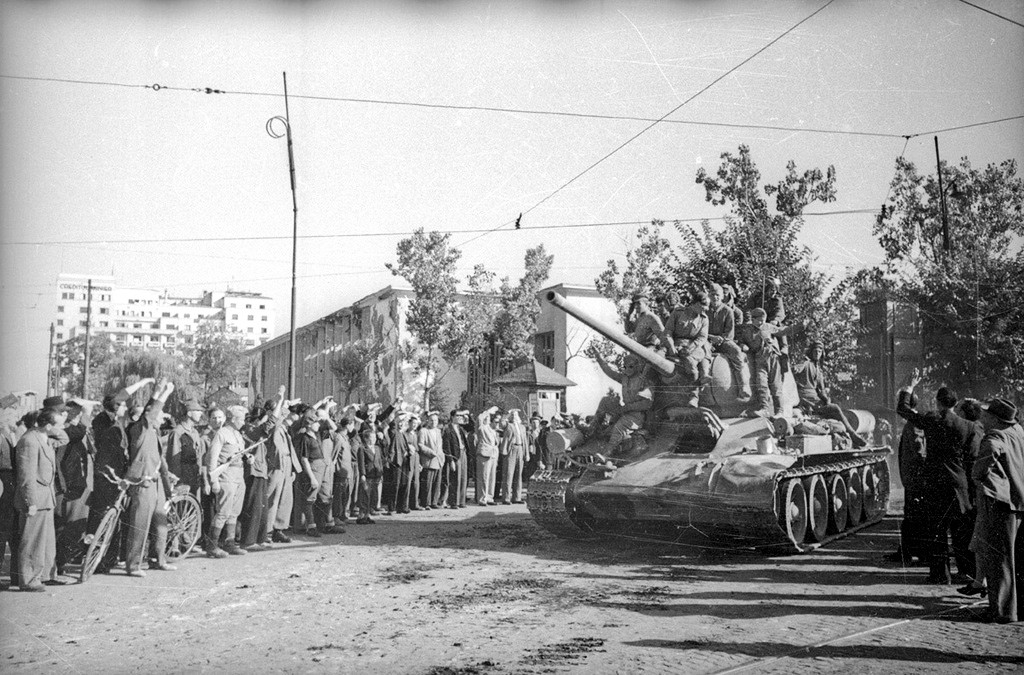 The crushing defeat of the German-Romanian army grouping in Moldavia and the Red Army’s breakthrough into Romanian territory led to a coup by King Michael I on August 23 and the arrest of Marshal Ion Antonescu and members of his government. Romania switched to the anti-Hitler coalition camp and, by the end of October, her army had helped Marshal Rodion Malinovsky’s 2nd Ukrainian Front to liberate almost the whole of the territory of the kingdom from German and Hungarian troops.

Blow No. 8: The Baltic Offensive (September-November 1944) 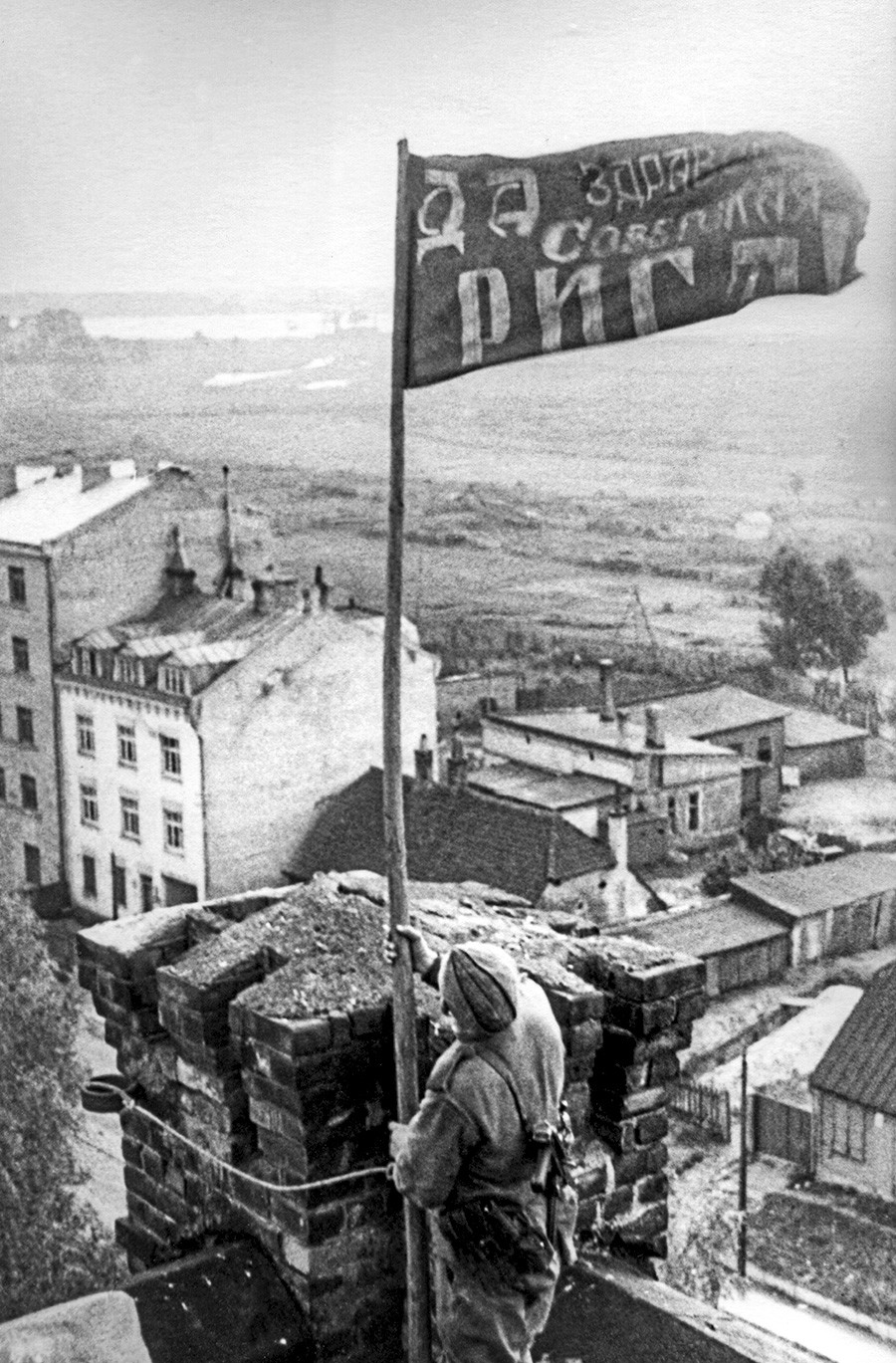 Even though, as a result of Operation Bagration, the troops of Army Group North deployed in the Baltic Region found themselves at risk of being cut off from the main German forces, Hitler ordered that the region should hold out to the bitter end. In heavy fighting, the Red Army was forced to breach the enemy’s defence-in-depth, particularly in the Riga area and the islands of the Moonsund Archipelago. Reaching the Baltic coastline south of Memel (Klaipeda) on October 10, Soviet troops cut off Army Group North in western Latvia. Boxed in by the Red Army in the Courland Pocket, the enemy grouping survived until the final capitulation of Germany, with Soviet soldiers jokingly calling it the “armed prisoners-of-war camp”.

Blow No. 9: The East Carpathian and Belgrade Offensive (September-October 1944) 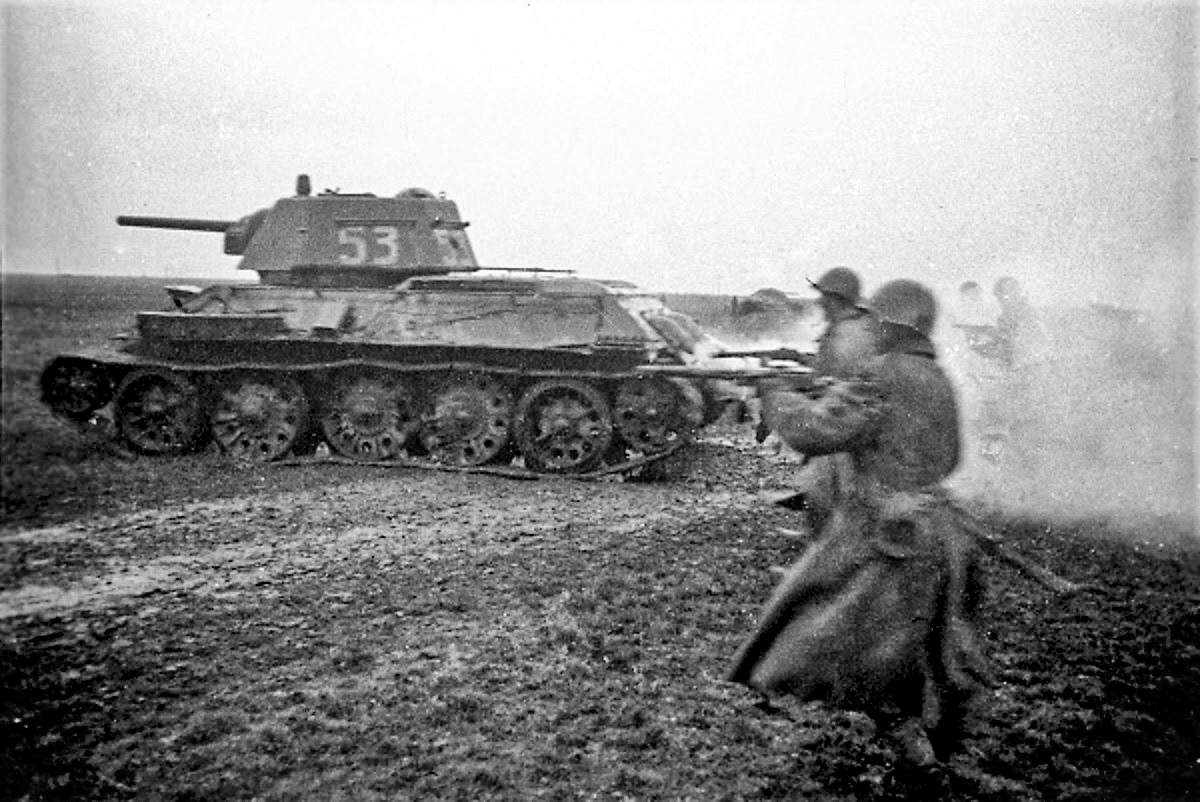 When the Red Army mounted its offensive in the Carpathians in early September 1944, it had to do so hastily and without suitable preparations - it was responding to an appeal for help from participants in the uprising that had erupted in Slovakia in late August. Even though Soviet troops failed to fight their way to the insurgents, they succeeded in defeating the Heinrici Army Group and occupying eastern Slovakia. Simultaneously, the troops of Marshal Fyodor Tolbukhin’s 3rd Ukrainian Front, jointly with formations of the Yugoslav National Liberation Army, drove the enemy from most of Yugoslav territory and entered Belgrade on October 20.

Blow No. 10: The Petsamo–Kirkenes Offensive (October-November 1944) 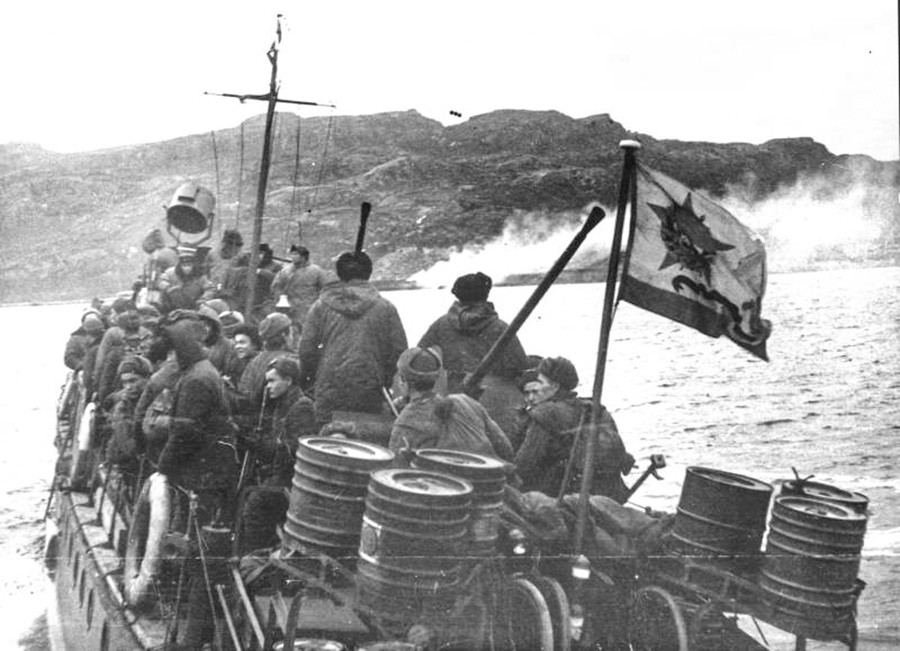 The Germans failed to make any major headway in the Soviet Arctic for the whole duration of the war. Nevertheless, by the start of October 1944, they still controlled Soviet territory west of Murmansk, which defended the route to copper, nickel and molybdenum deposits in northern parts of Norway and Finland that were of crucial importance to the Third Reich. Penetrating the enemy’s defense-in-depth in difficult terrain, the troops of General Kirill Meretskov’s Karelian Front, supported by Northern Fleet ships and backed by seaborne assaults, managed to liberate the region from the enemy, entering Norwegian territory by the end of October.