5 most IMPORTANT women who ruled Russia 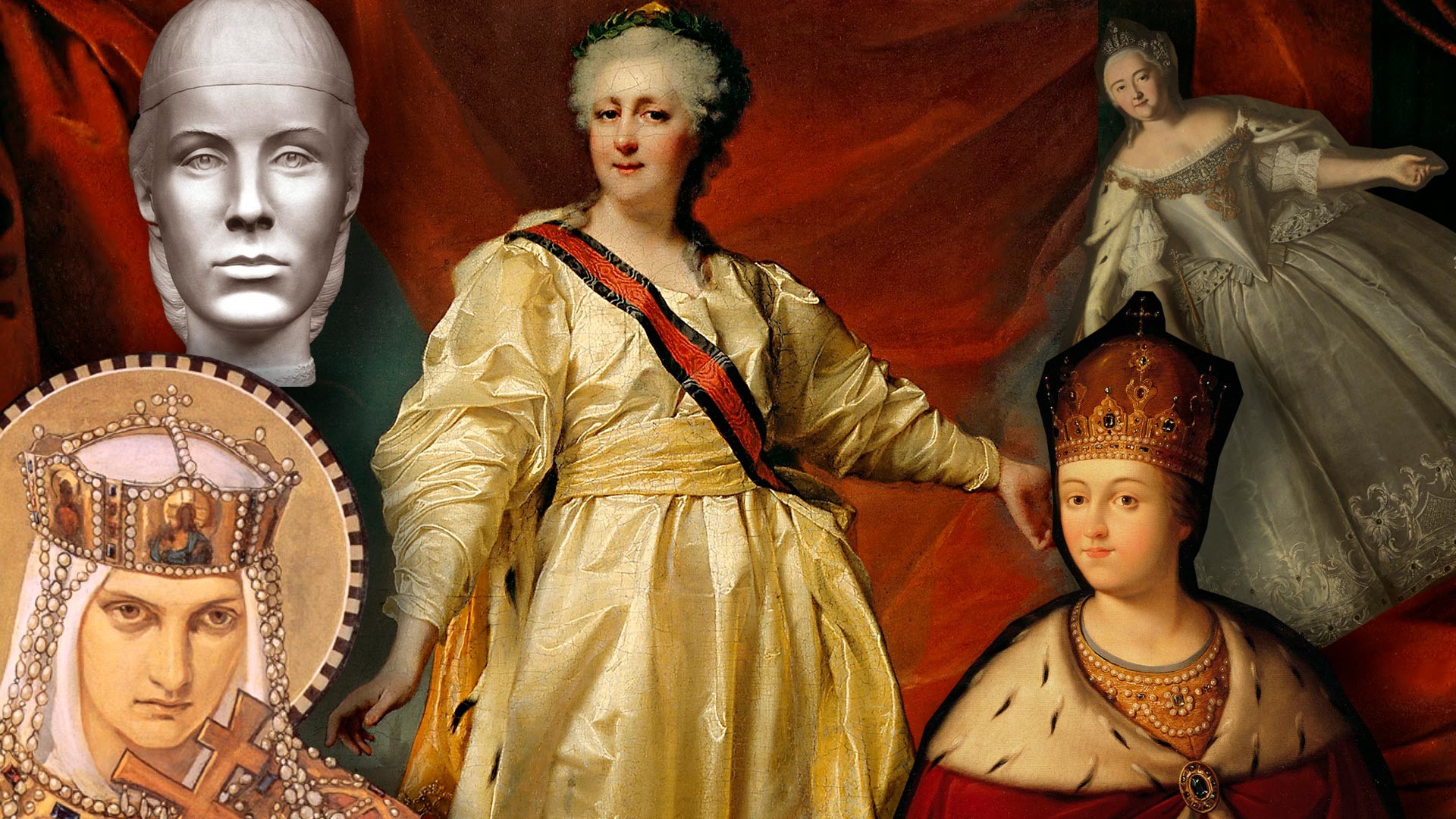 Russia Beyond (Dmitry Levitsky; Nikolai Bruni, Sergey Nikitin (CC BY-SA 3.0), Ivan Veshnyakov, Public Domain)
For two centuries in a row the country has been ruled by men. However, that was not always the case, and Russia remembers the glory (and turbulent) days of women in power. 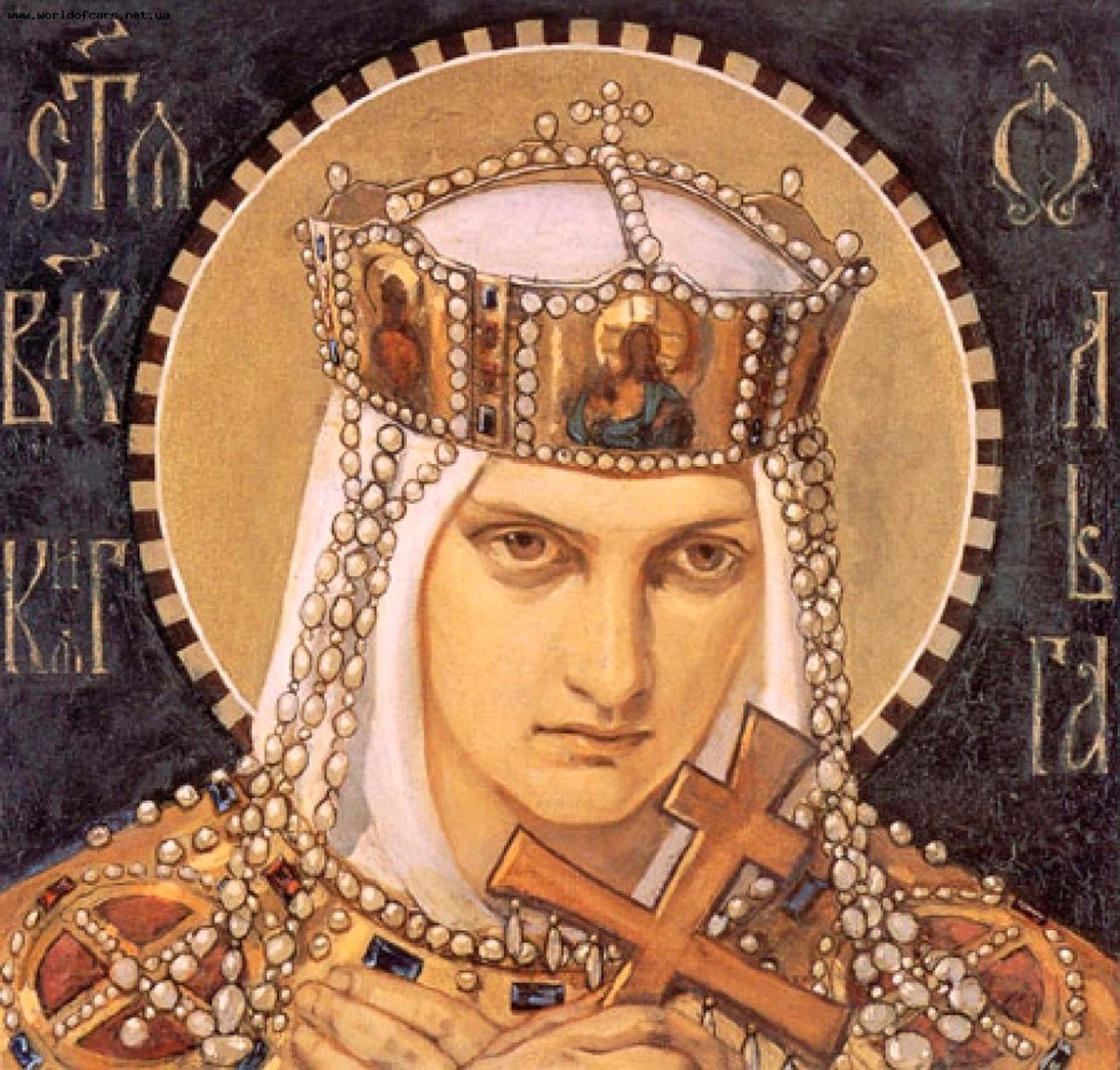 The 10th century's Olga is most famous for the legendary revenge she took after husband, Igor, was murdered. According to the earliest Russian chronicles Prince Igor of Kiev was a grandson of Rurik, the Varagian who was called by Slavic tribes to rule them and create order. Igor, like his grandfather, collected tributes from the tribes. But one of them, the Drevlians, maddened by massive taxes, eventually killed the Prince.

A Varagian herself, Olga became a regent of her small son, But she was no timid girl. First, she killed the Drevlians’ matchmakers who dared ask her to marry their prince. And then burned down the Drevlians villages.

At the same time Olga was the first ever Russian ruler to be baptized into Christianity, even before Old Russia was massively baptized (by her grandson Vladimir). In the 13th century she was canonized, and since then has been worshipped as a Christian, and later Orthodox saint. 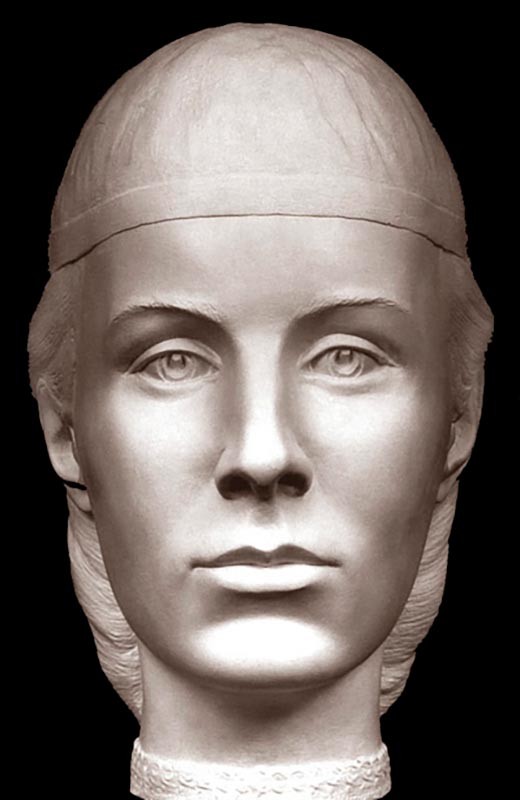 Elena Glinskaya. Reconstruction of the image

Another powerful regent in Russia was mother of the future tsar Ivan the Terrible. She was descended from a Lithuanian noble family which traced its roots back to the Mongol rulers. Her male relatives were powerful people next to her husband, Grand Prince Vasili III. But after his death, she almost committed a coup d'etat, pushing her own relatives back from power (and jailed them actually).

She was allegedly poisoned after just five years of rule, however, she managed to do several important things. One of them was a monetary reform of 1535 that unified currency in the Russian state (only recently united after many centuries of division due to feudal fragmentation). She had also ended a long term war between Russia and Lithuania’s Sigismund I the Old. And finally, she built the Kitai Gorod wall, an important Moscow city fortification. 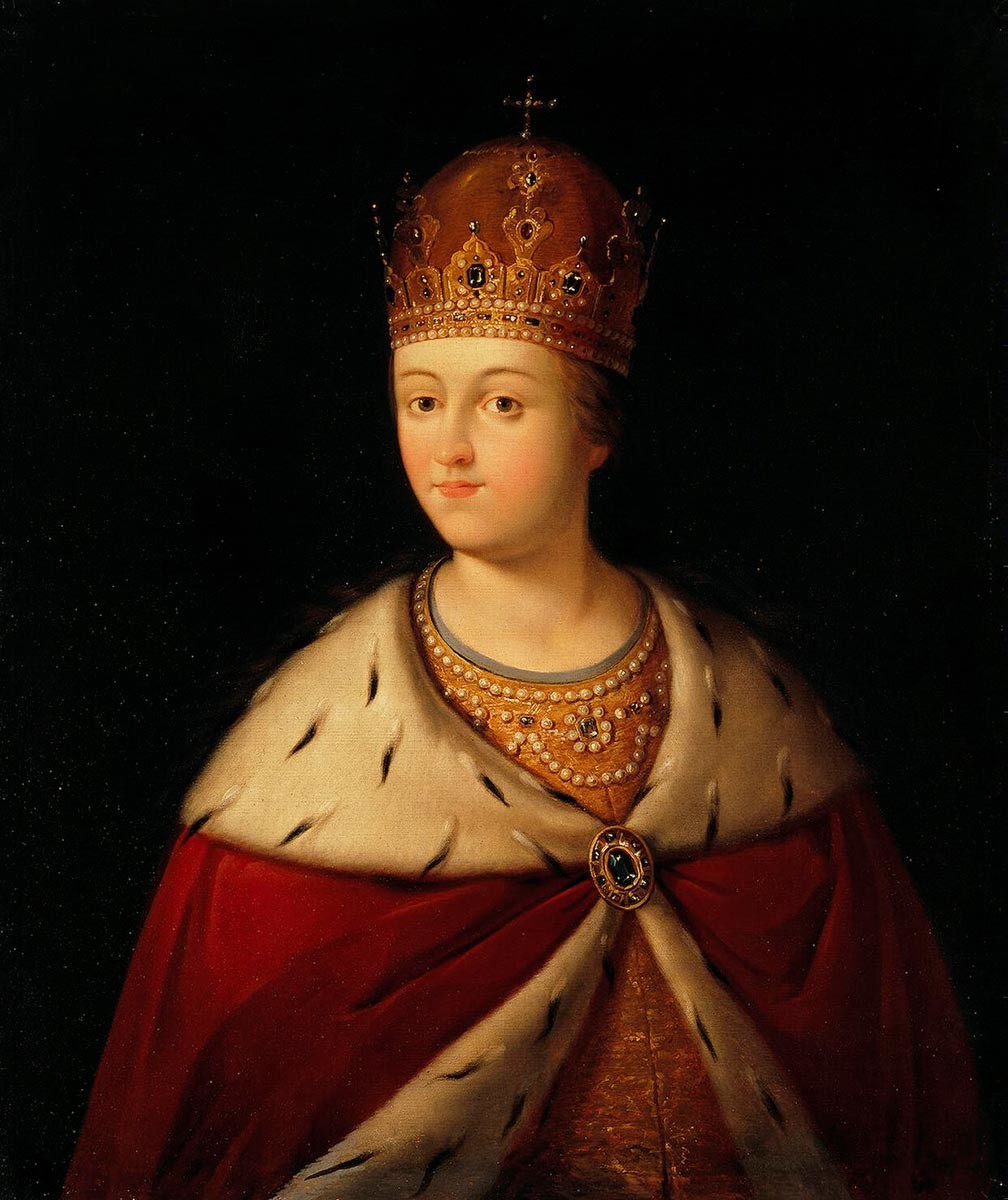 Despite the fact that her father, Tsar Alexey Mikhailovich, had many children, including other girls, Sophia was the only girl to have a good education, learning several languages and reading lots of clerical books. She was incredibly smart and also a very strong person who managed to deal with the game of thrones in 17th century Russia. After her father's death and the death of her older brother Feodor Alekseevich, the succession to the throne became a matter of clash of clans. Her two young brothers, Ivan and Peter were born by Alexis' different wives: Ivan was ill and wasn’t able to rule on his own, while the next son Peter was too young and unmarried. As a compromise they both were crowned. And Sophia became a regent.

During her reign, Russia  finished the war with Poland, made first official negotiations with China in which she set up a border, and joined the Holy League against Turkey.

READ MORE: The FIRST woman to ever rule Russia

In 1689 Peter turned 17, got married, gathered his toy army - and eventually managed to commit a coup d’etat, getting power in his hands. Officially Ivan was still another tsar, but he was actually too weak and died several years later. 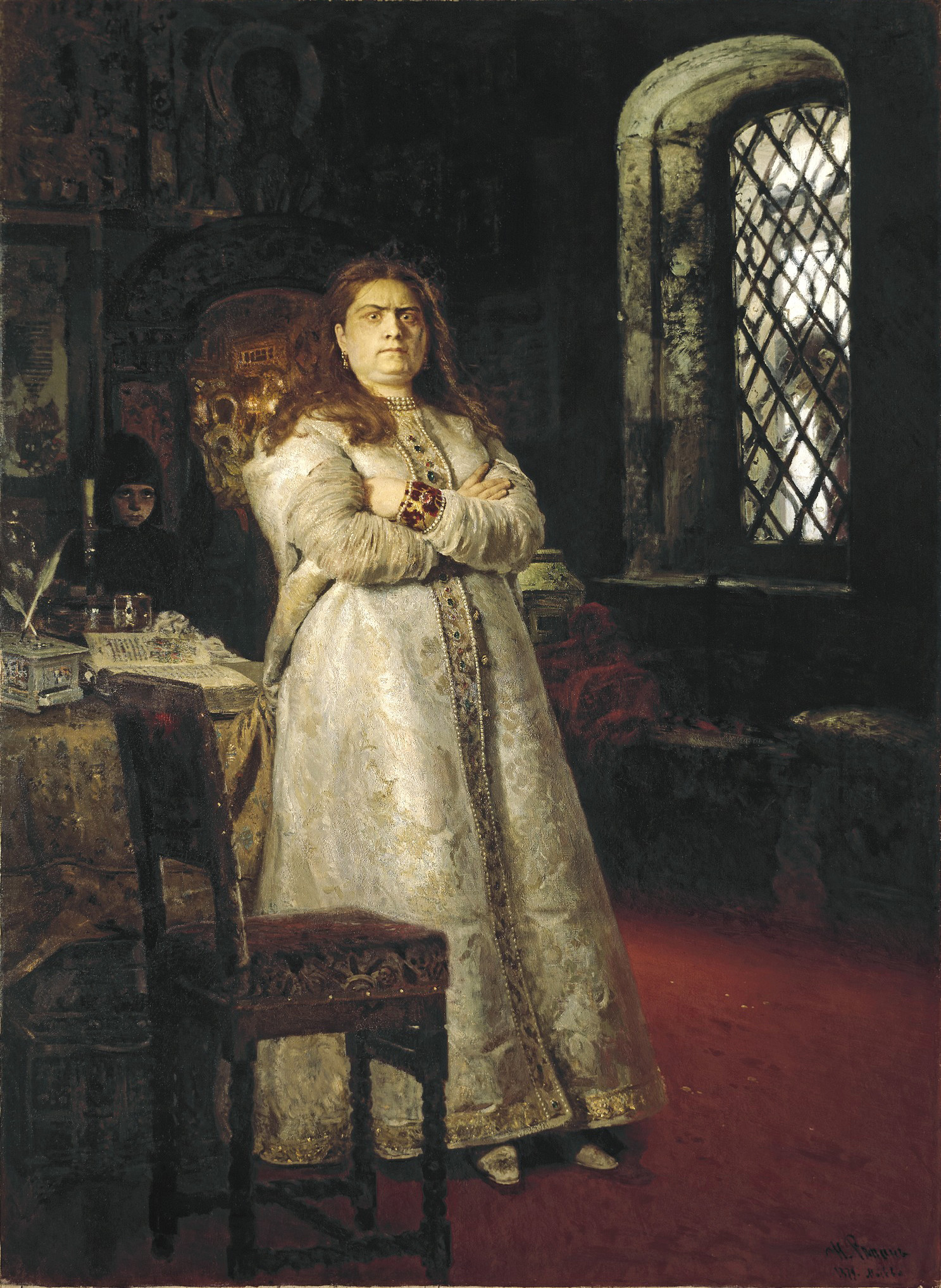 Ilya Repin. Sophia Alekseyevna in a cell at the Novodevichy Convent

Sophia ended up in a monastery where she lived until her death. 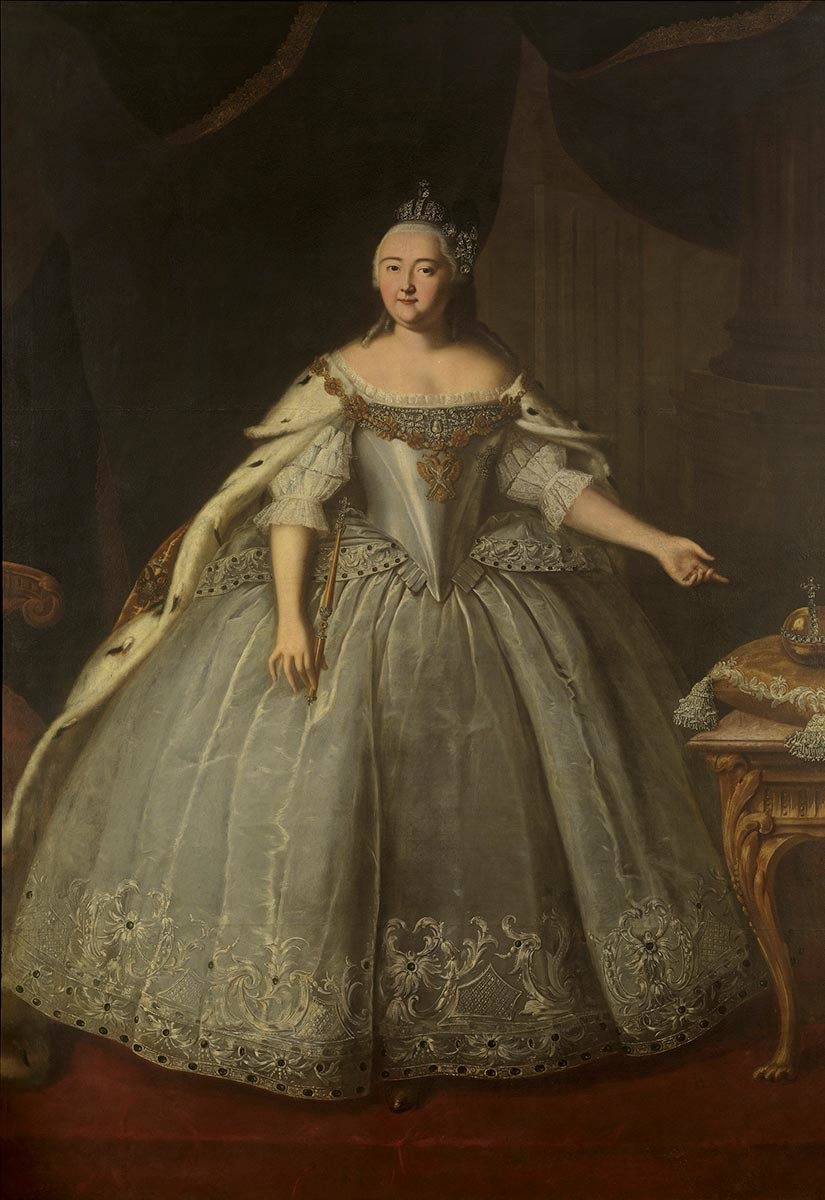 Daughter of Peter the Great, she was incredibly beautiful, and her father planned to marry her to Louis XV of France. Being young, she didn’t have regal ambitions and had quite a frivolous lifestyle. However, the game of thrones still echoed: the great grandson of Peter the Great’s brother, the infant Ivan VI got onto the Russian throne with a foreign regent. The court and noble families were not pleased, and at the same time, Elizabeth was very popular. With the support of courtiers and the royal guard, she committed a coup d’etat like her father once had. She took power and jailed the infant and his regents.

She was a very Western person and tended to the Enlightened absolutism: she even didn’t use the death penalty. However, during her reign, Russian serfdom was shaped, and corporal punishment was commonly used.

Within twenty years of her reign, Elizabeth had turned Russia into an incredibly cultural country. She started the Age of Enlightenment in Russia, she created the Imperial theater, established Moscow University and the Academy of Arts in St.Petersburg. She was a fan of barocco, and brought the style to Russa, where it was named Elizabethan Baroque. With the help of Italian architect Bartolomeo Rastrelli she built several splendid palaces, including the Winter Palace and Catherine Palace in Tsarskoe Selo. 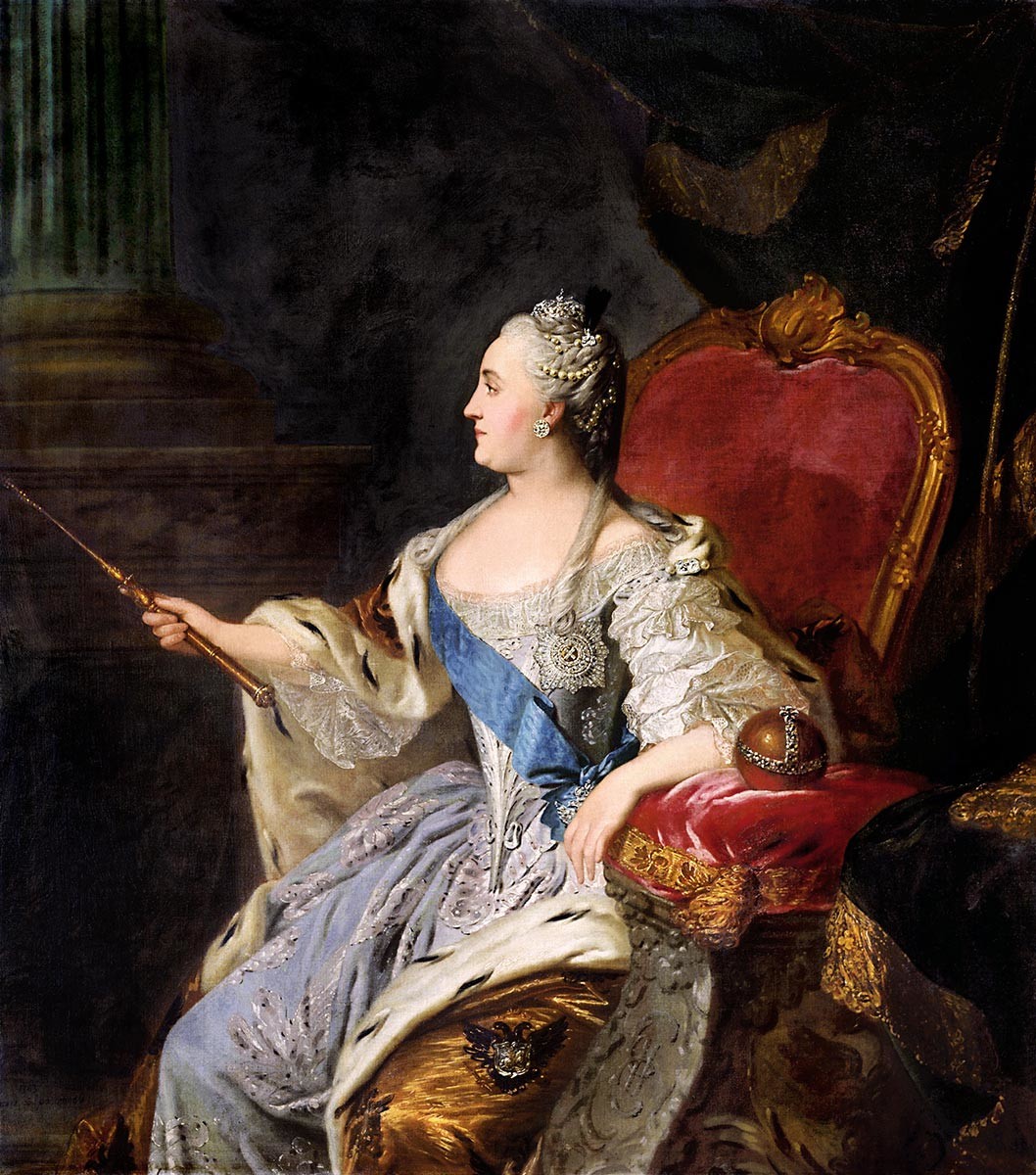 F.Rokotov. Portrait of Catherine the Great, 1763

She was a German Princess born under the name Sophie Auguste Friederike von Anhalt-Zerbst-Dornburg, but she ended up as the Russian Empress, and one of the most important heads of the country, ruling for more than 30 years.

She married the Russian crown prince, future Emperor Peter III, but their relations were very complicated, and Peter was a weak person. As a result, Catherine committed a coup d’etat against her husband and later he died under mysterious circumstances. Catherine ascended the throne after his death.

She continued the course of the Enlightened absolutism introduced by Elizabeth, and made multiple important reforms in domestic policy. She established a commission to systemize laws, she reorganized the administrative division of Russia, supported trades, and freed noblemen from corporal punishment, at the same time giving them a huge rank of rights. However, some historians believe that it was Catherine and her multiple favorites who initiated massive corruption in Russia.

Catherine was an incredibly smart person and she supported education, establishing the first girls’ school in the country. The Empress was also a patron of the arts and a huge collection of her paintings formed the Hermitage museum that she founded alongside the first public library. She read a lot and corresponded with the most enlightened Western people, including French philosopher Voltaire.

At the same time, she was of course a very absolutist monarch, who spared neither people nor money for her goals. One of them was spreading and strengthening the Empire.

Read more: What is so great about Catherine?