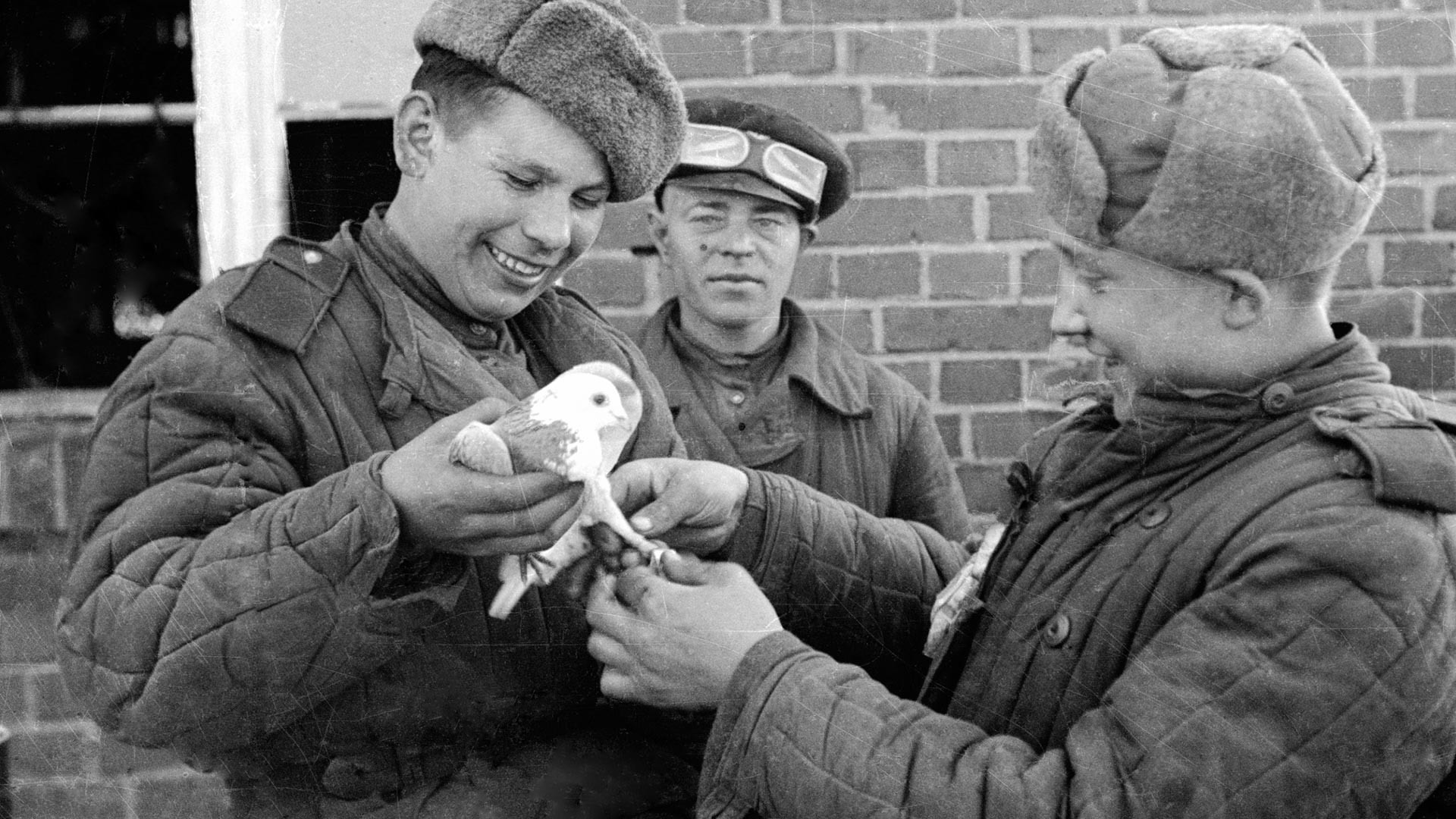 Petrov/Sputnik
Often, pigeons used by the Soviet army to deliver messages were hunted on the battlefield by specially trained German hawks and falcons.

Since ancient China and the Roman Empire, pigeon post was considered an extremely effective means of communication and was widely used in various wars and conflicts. Even during World War II, pigeons continued to play an important role, helping out soldiers when their advanced radio stations went out of order.

To one degree or another, messenger pigeons were used by the armed forces of almost all the powers involved in World War II. The Soviet Union was no exception. Furthermore, its army used pigeons not only to deliver messages, but also to attack enemy aircraft. 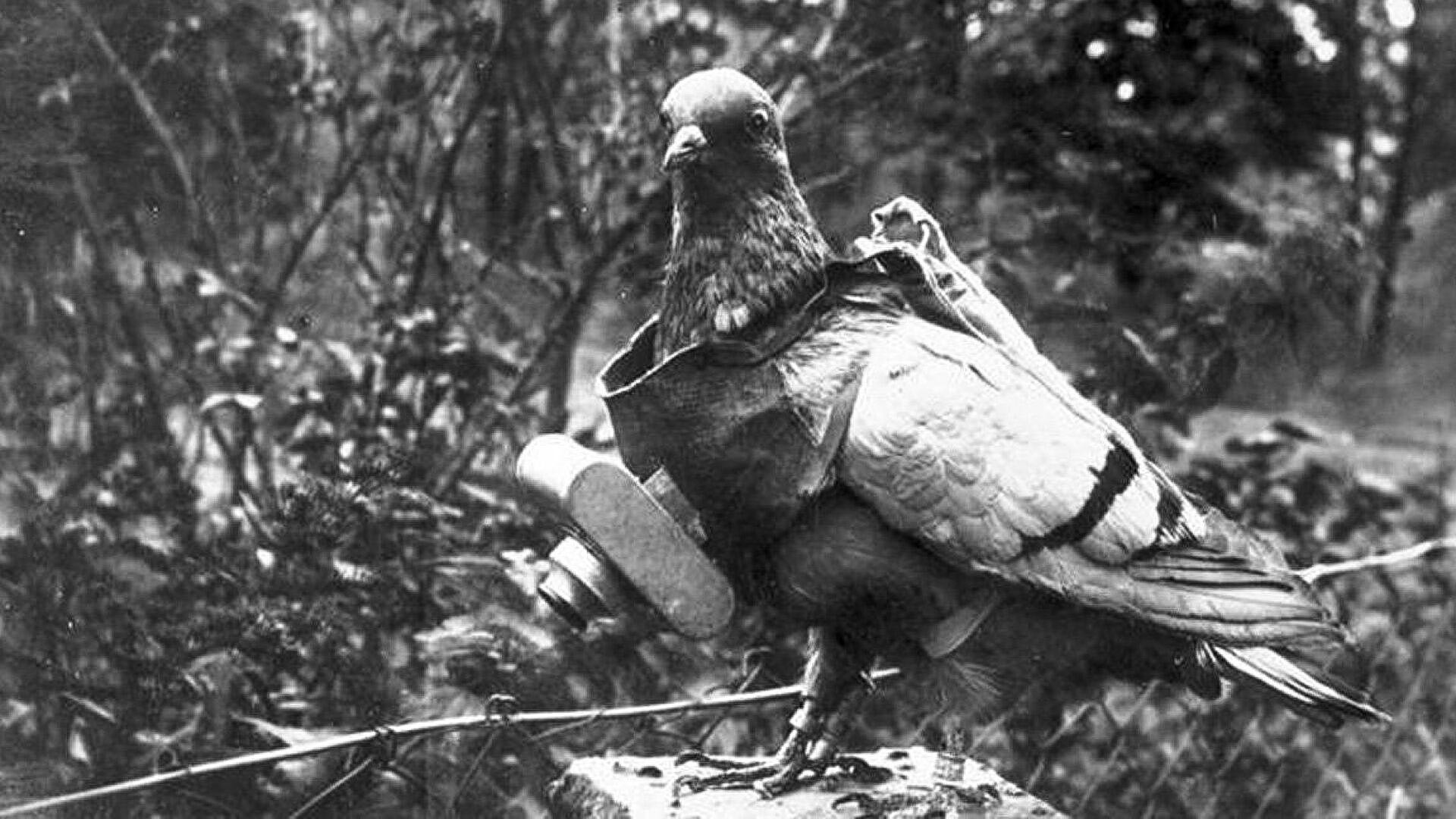 In the mid-1920s, the Red Army’s interest in pigeon post, which had somewhat waned after the end of World War I, was rekindled again. The little winged assistants were particularly in demand for the needs of the Workers and Peasants’ Red Air Force.

Since aviation radio communications were less than modest at the time, pigeons began to be used to send intelligence or coordinates in the event of an emergency landing. Pigeongrams (dispatches) were written on thin paper and placed in a light metal canister attached to the bird’s leg.

Experiments were also carried out to launch pigeons from aircraft flying at altitudes of 300 meters to several kilometers. After they were released, the birds would instantly oriented themselves, diving to the ground and head to their home coop. 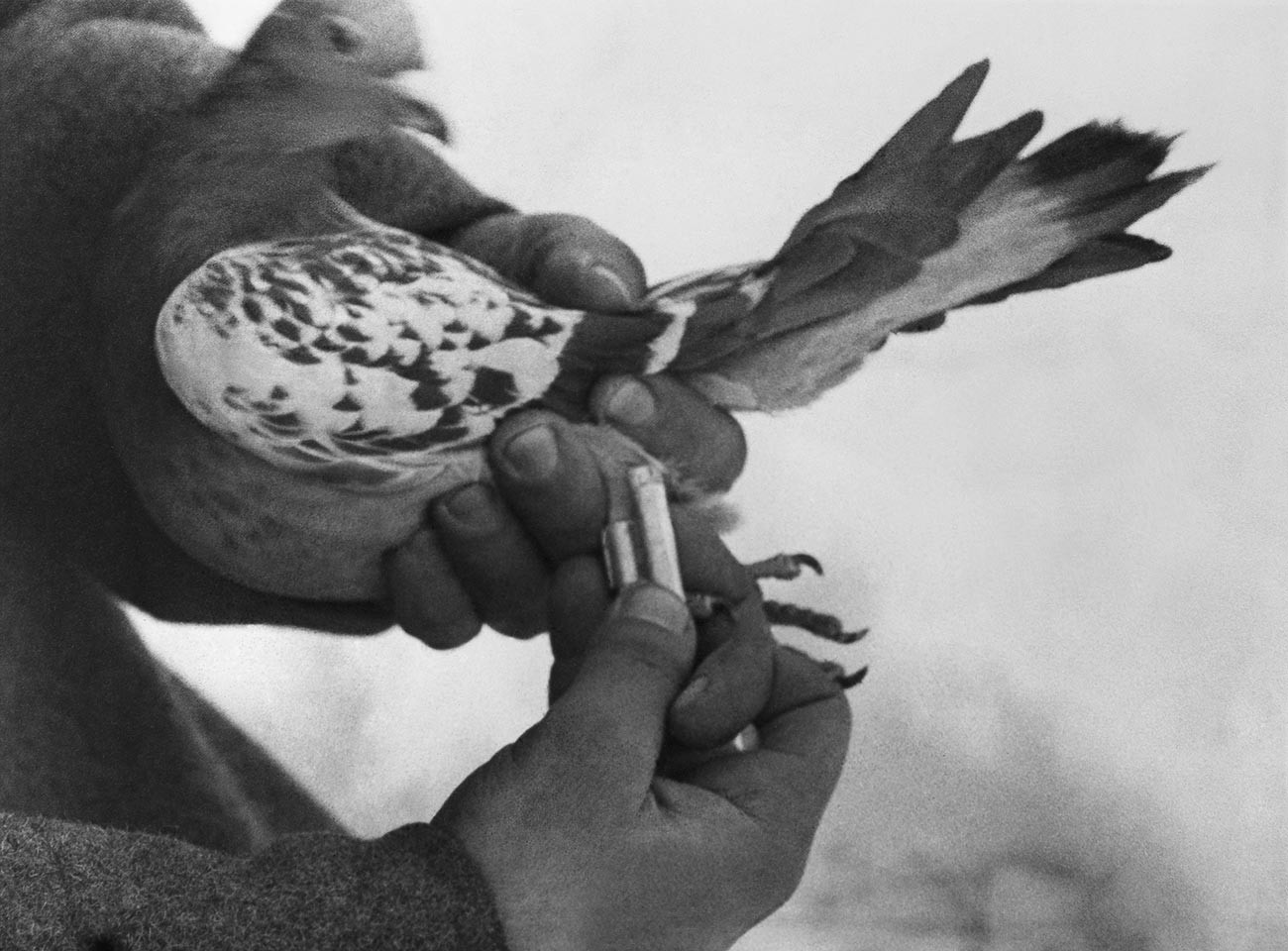 In 1928, Deputy People’s Commissar of the USSR for Military and Naval Affairs Iosif Unshlikht proposed introducing “military pigeon duty” in order to satisfy the Red Army’s wartime needs in carrier pigeons necessary to deliver military messages. The following year, a dedicated military occupation was established in the armed forces called a “military handler of carrier pigeons”.

Pigeons served in the Ground Forces, Air Force and Navy and were also used by border guards. A network of both permanent (stationary) and mobile military pigeon bases on automobile and horse-drawn transport was actively being developed. In 1936, the USSR already had over 250 pigeon stations with 30,000 thousand birds.

And yet, several military operations of the Red Army in the late 1930s (e.g. the conflict with Japan on the Khalkhin-Gol river, the Soviet-Finnish war) demonstrated the ineffectiveness of pigeon post. The rapid movement of troops and the frequent change of deployment often made its use simply impossible. 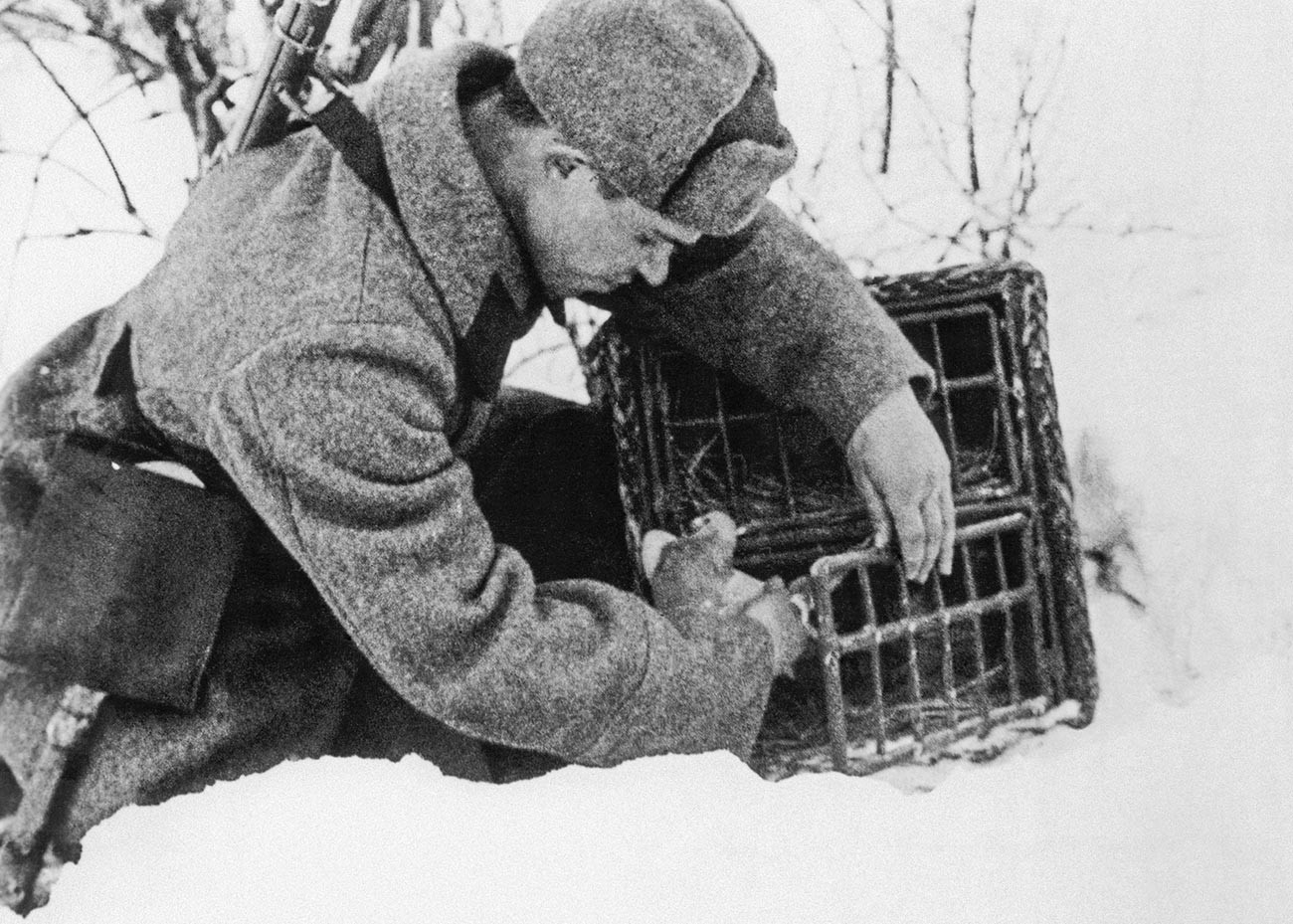 “In modern forms of hostilities, this type of communication is not feasible,”  Major General Andrei Grigoriev, the chief of communication of the Western Special Military District, reported to his superiors in August 1940. “I would consider it possible to stop using pigeons for operational communication and to hand them over to intelligence units for delivering their messages.”

Nevertheless, the war with Nazi Germany that began soon showed that it was too early to give up on pigeon post and that the winged soldiers could still be of considerable benefit on the battlefield.

Trained pigeons were used for operational communication between headquarters and units on the front line. When radio stations went out of order, failproof pigeons were the one hope that remained. 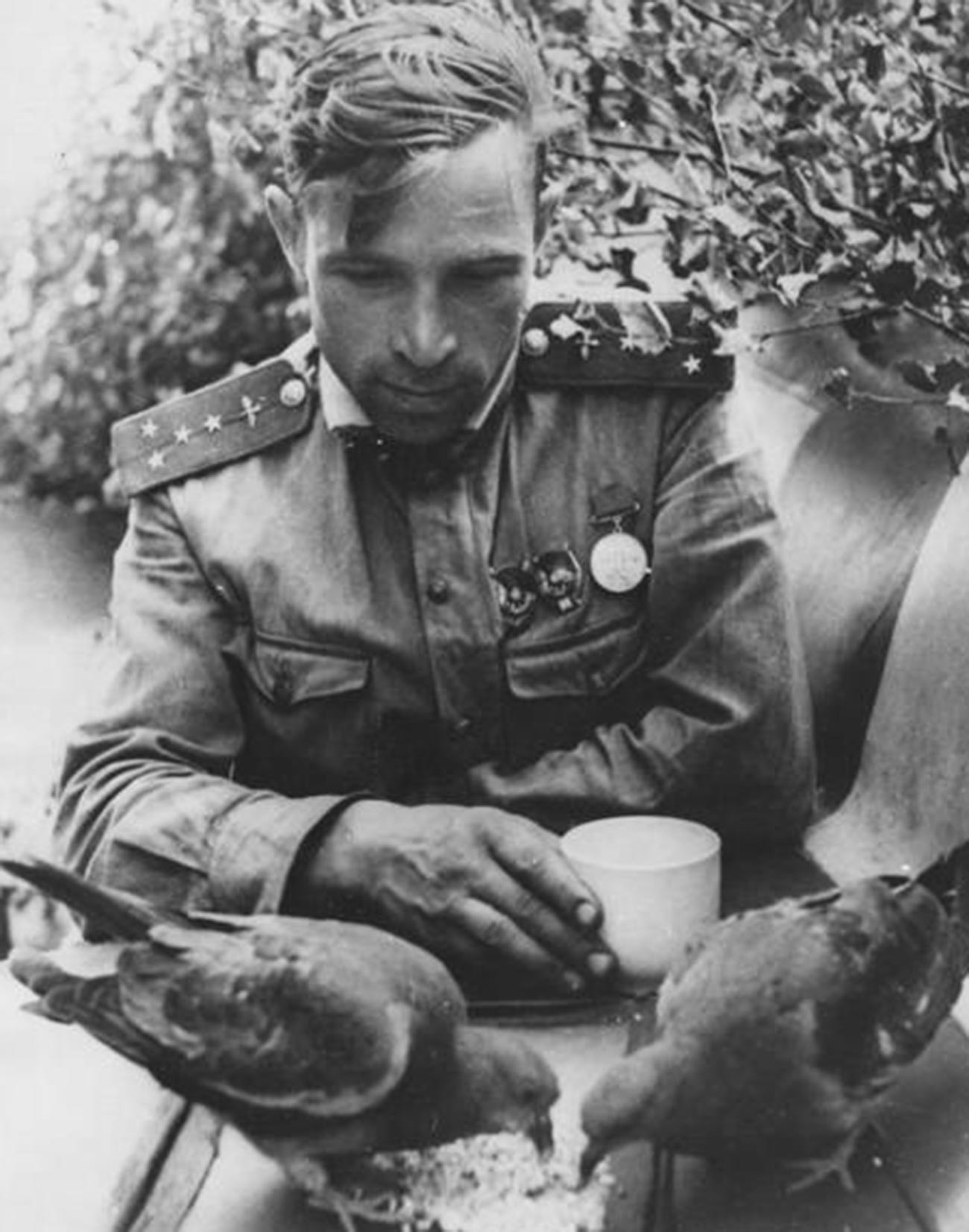 Pigeon post became an important link in the defense of Moscow. For their contribution to the salvation of the capital, about 30 pigeon handlers were awarded state orders and medals.

The Germans, who themselves used pigeon post, were well aware of the danger that pigeons could pose if they ended up in the hands of partisans and resistance fighters. So they demanded that the population in the occupied territories hand over all their pigeons to the commandant’s office. Failure to do so was often punishable by death. Thus, a 16-year-old resident of Rostov-on-Don named Viktor Cherevichkin was shot on November 28, 1941 for hiding his birds for a week.

The Germans kept trained falcons and hawks for intercepting Soviet pigeons. There is a report about the dramatic fate of pigeon No. 48, that was attacked by a hawk several times, but eventually managed to get home: “Already at dusk, No. 48 fell at the feet of pigeon handler Popov. One of its legs was broken and was attached just by thin skin, its back was grazed and its chest was covered with dried blood. The pigeon was breathing heavily and gasping for air with its open beak. After the scouts’ report was transmitted to the unit’s headquarters, the pigeon was operated on by a veterinarian and its life was saved.” 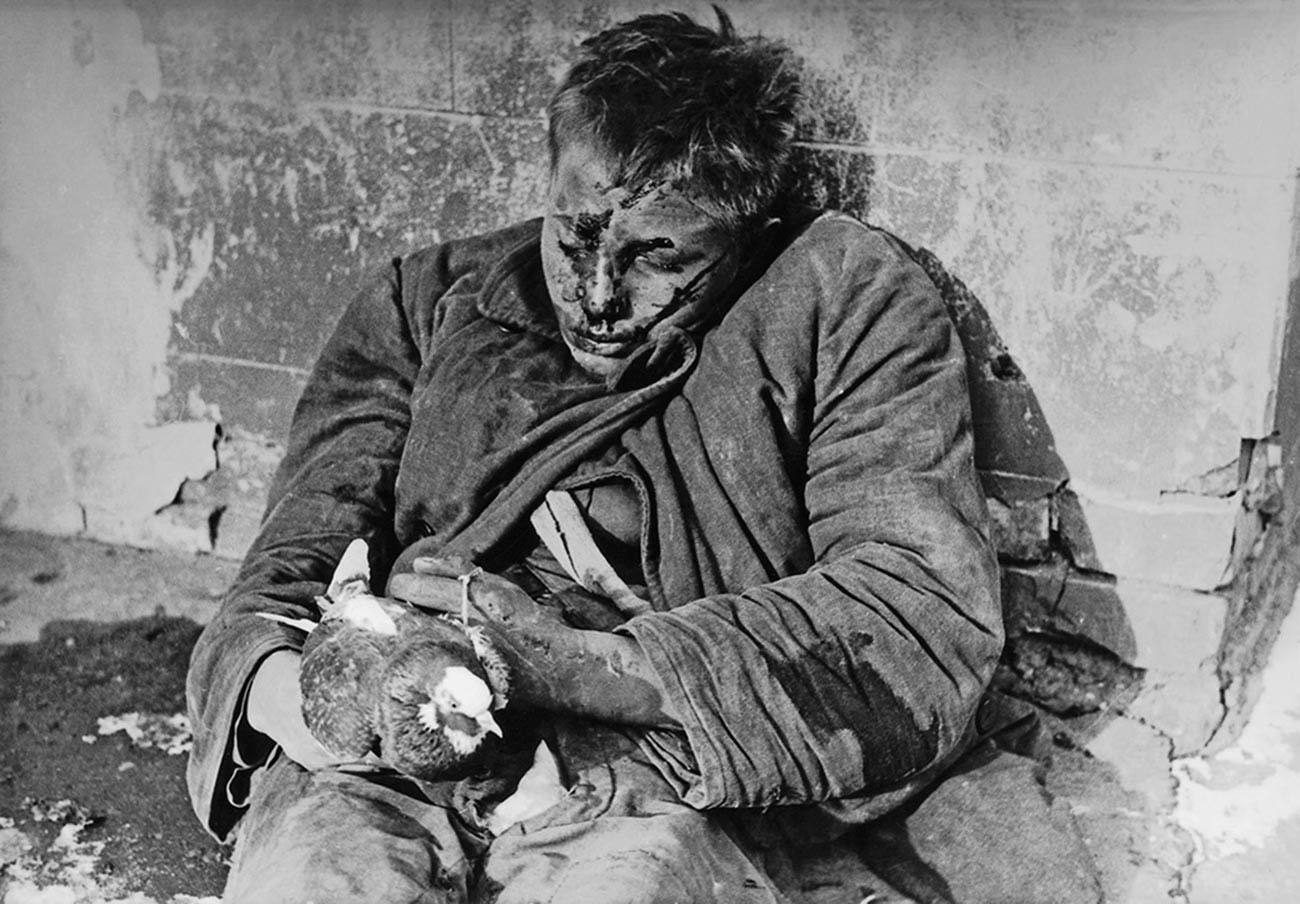 Pigeons ensured uninterrupted communication between the headquarters and army and division reconnaissance groups operating behind enemy lines. On some missions, scouts were accompanied by a pigeon handler with 20-30 birds in wicker baskets. For numerous partisan detachments, pigeons became perhaps the most reliable means of receiving and transmitting classified information.

In 1944, the 2nd Baltic Front had a special pigeon post company formed. Its 500 pigeons under the supervision of 80 handlers were trained to fly in 22 directions within a radius of 10-15 km. Over a period of six months, they delivered more than 4,000 pigeongrams.

In addition to carrier pigeons, the Red Army was also considering the use of so-called projectile pigeons. Birds, with pressure-activated projectiles attached to their bodies, were supposed to land on aerial bombs suspended from the wings of German aircraft. The projectile would be automatically unfastened, allowing the pigeon to fly away, after which the fuse would be triggered. 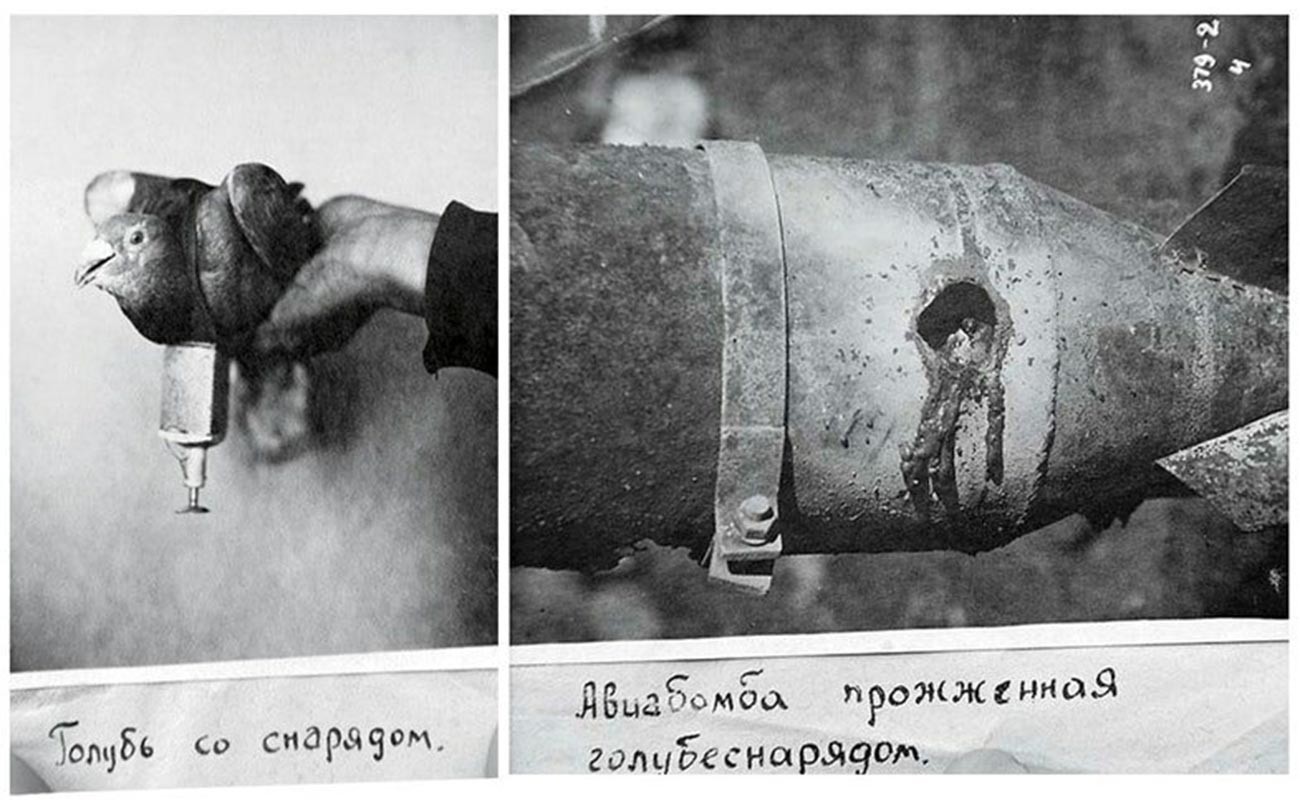 However, the projectile pigeon project was never implemented: it was impossible to train the birds to distinguish aerial bombs on enemy aircraft from aerial bombs on Soviet bombers.

The Soviet pigeon army suffered huge losses during World War II. Nevertheless, it managed to make a significant contribution to the common victory, ensuring the delivery of tens of thousands of important messages to their destinations. After the war was over, technological progress removed the need to use pigeons for military communications and, as pigeon stations were disbanded, their occupants were retired to well-deserved rest.