Rudolf Abel: The Soviet deep cover agent with many names 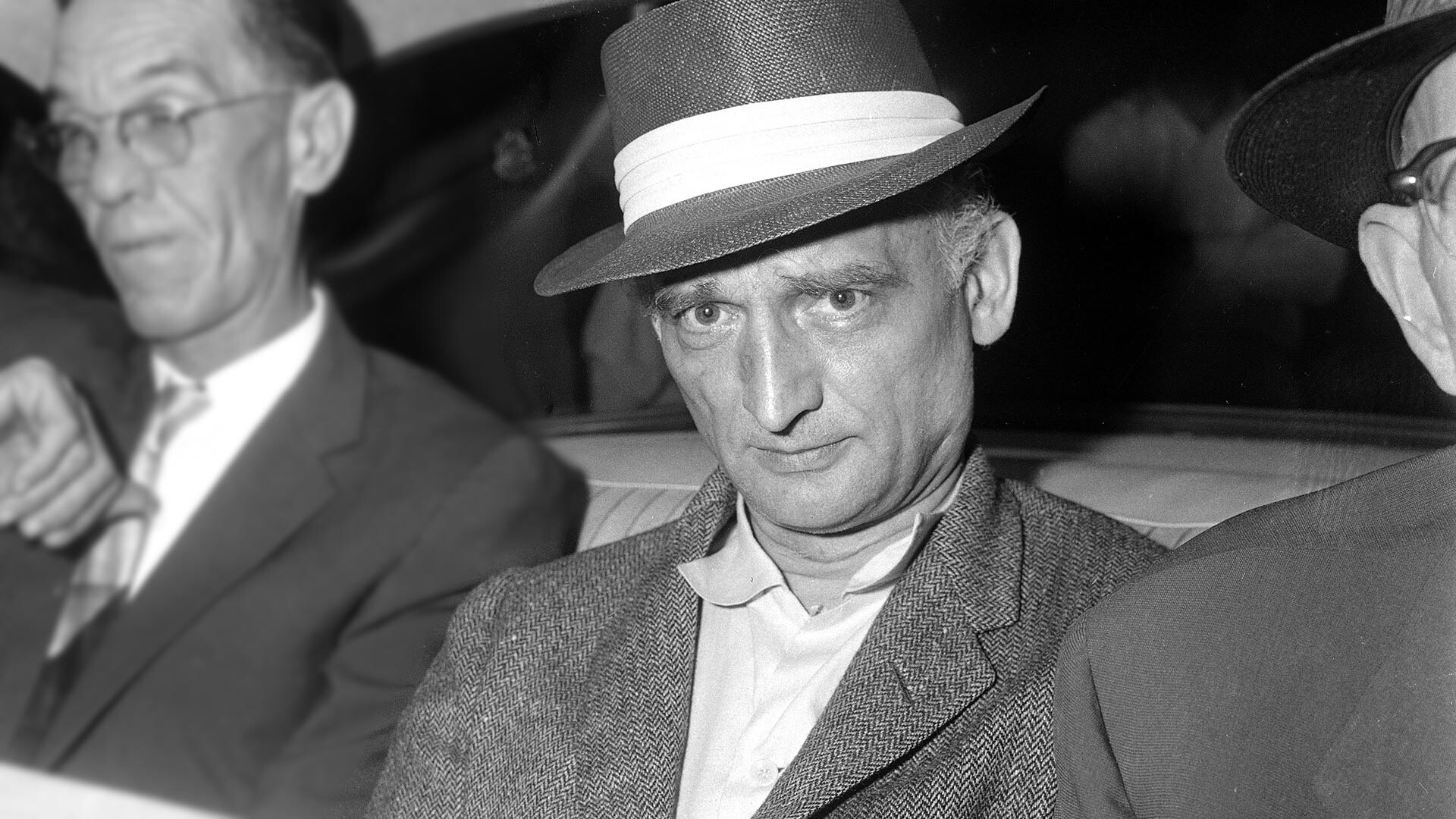 Rudolf Abel, 55, accused Russian master spy, is wide-eyed and close-mouthed as he arrives in New York City from Texas, Aug. 8, 1957.

AP
The story of a Soviet agent who operated in the UK and the U.S., was fired from the NKVD for a while and used in an exchange for an American pilot.

The U.S. got their shot down U-2 plane pilot Gary Powers back from the USSR in 1962. It happened on the Glienicke Bridge between West Berlin and East Germany, when he was exchanged for a man named in the United States as Rudolf Abel. The Americans only knew one thing about Abel: he was a Soviet agent.

Rudolf Abel’s real name was William Fisher and he was hired by the OGPU (Joint State Political Directorate), the Soviet Union’s intelligence service organization, in 1927. They noticed William thanks to his excellent skills as a radio operator (he got them during his military service in a radiotelegraph regiment) and fluent English - Fisher was born in 1903 in Newcastle upon Tyne, England, to a family of Marxist revolutionaries who fled the Russian Empire, but then moved to the USSR in 1920. Entering the GRU, Fisher promised: “I would better meet death than betray the interests of my Motherland,” - meaning the USSR. 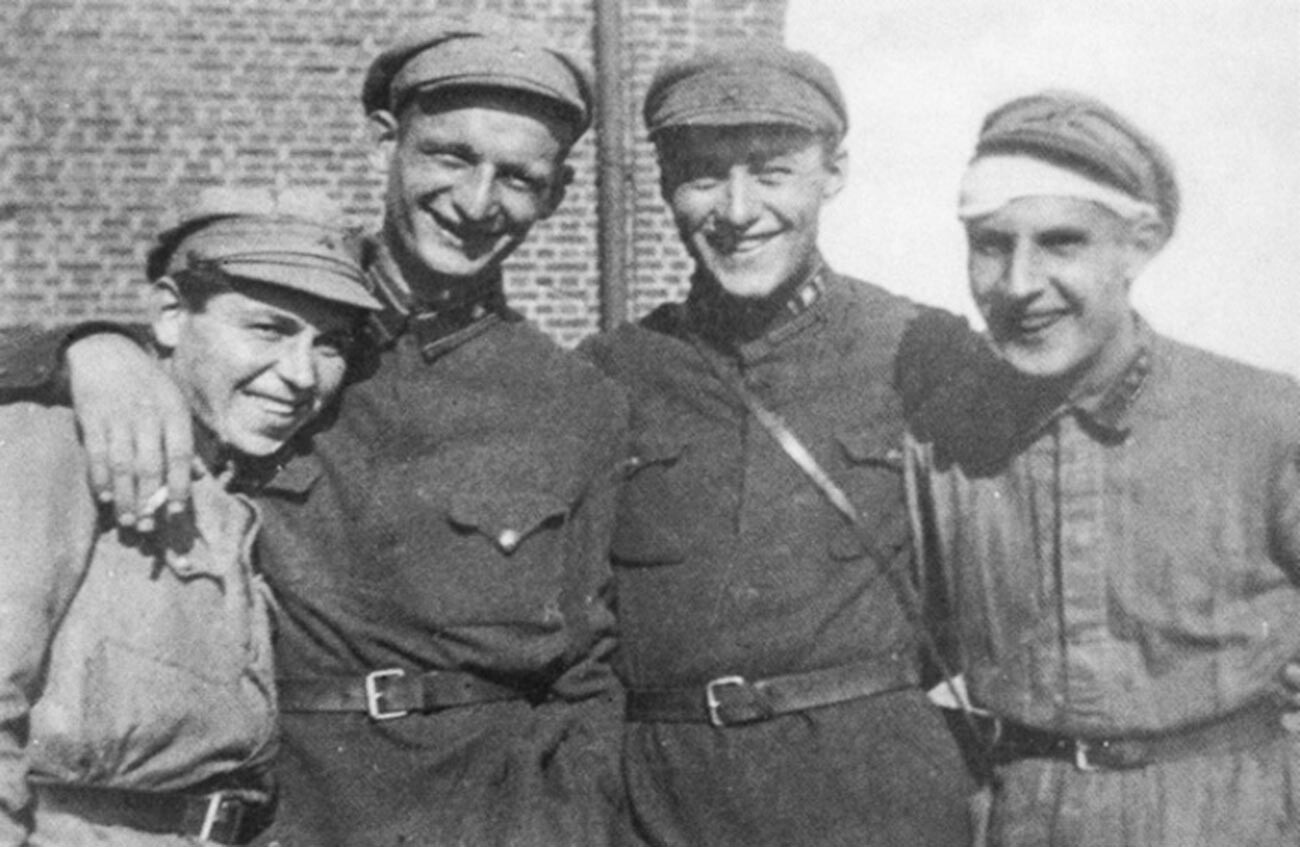 William Fisher (second from the left) with the soldiers of his regiment.

The fact his parents kept British citizenship even after they left for the USSR helped William a lot. He quickly obtained a passport of the United Kingdom for a fictional reason that he didn’t agree with his father’s communist ideas and wanted to return to his motherland. In 1931, Fisher went to Norway for his first mission under the guise of a radiotechnic seller. Four years later, he was sent to the UK, where he lived under the codename ‘Frank’ as an owner of a radio service station, but actually worked as a liaison person. It was him who sent the information found by the famous ‘Cambridge Five’ agent group to Moscow. He also created a radio network for a proper connection of local resident agents with the Soviet center. 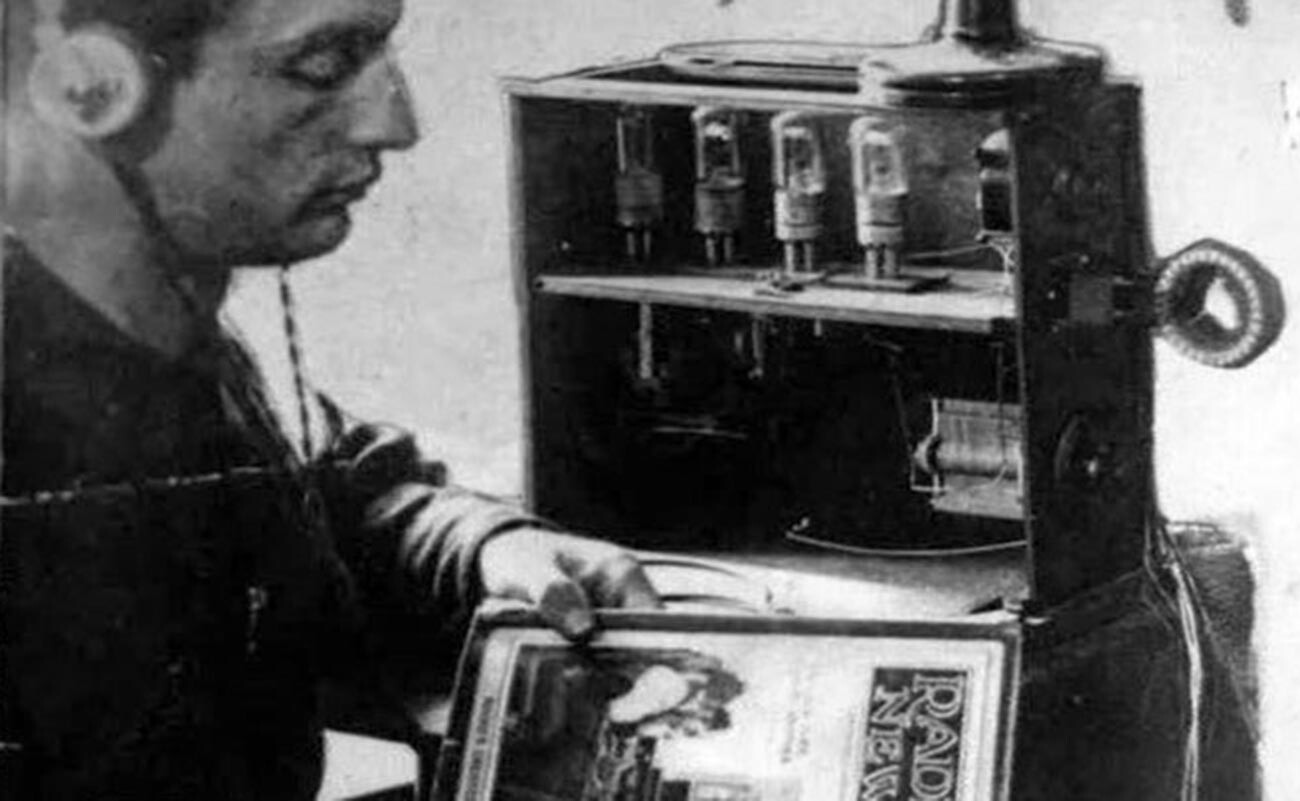 Frank’s work was considered to be very successful, but, on December 31, 1938, Fisher was fired from the intelligence service. Most probably the reason was that he was distrusted, because he used to work with an NKVD (‘People’s Commissariat of Internal Affairs’ that came to replace OGPU) stationary agent named Alexander Orlov (known also as Leo Nikolsky), who became a defector in 1938 and was declared an “enemy of the people”.

Games with the Nazis

Fisher was very insistent and, in 1941, he was reinstated at the NKVD and sent to Samara (850 km south-east of Moscow) with Rudolf Abel, a Latvian and another radio operator and deep-cover agent who was fired from the NKVD in 1938. Abel and Fisher were best friends for a long time. They were so inseparable that some people even mixed them up. When they came together to the NKVD canteen, people joked: “Look, the Abels came!” In Samara, they both taught at an intelligence school. 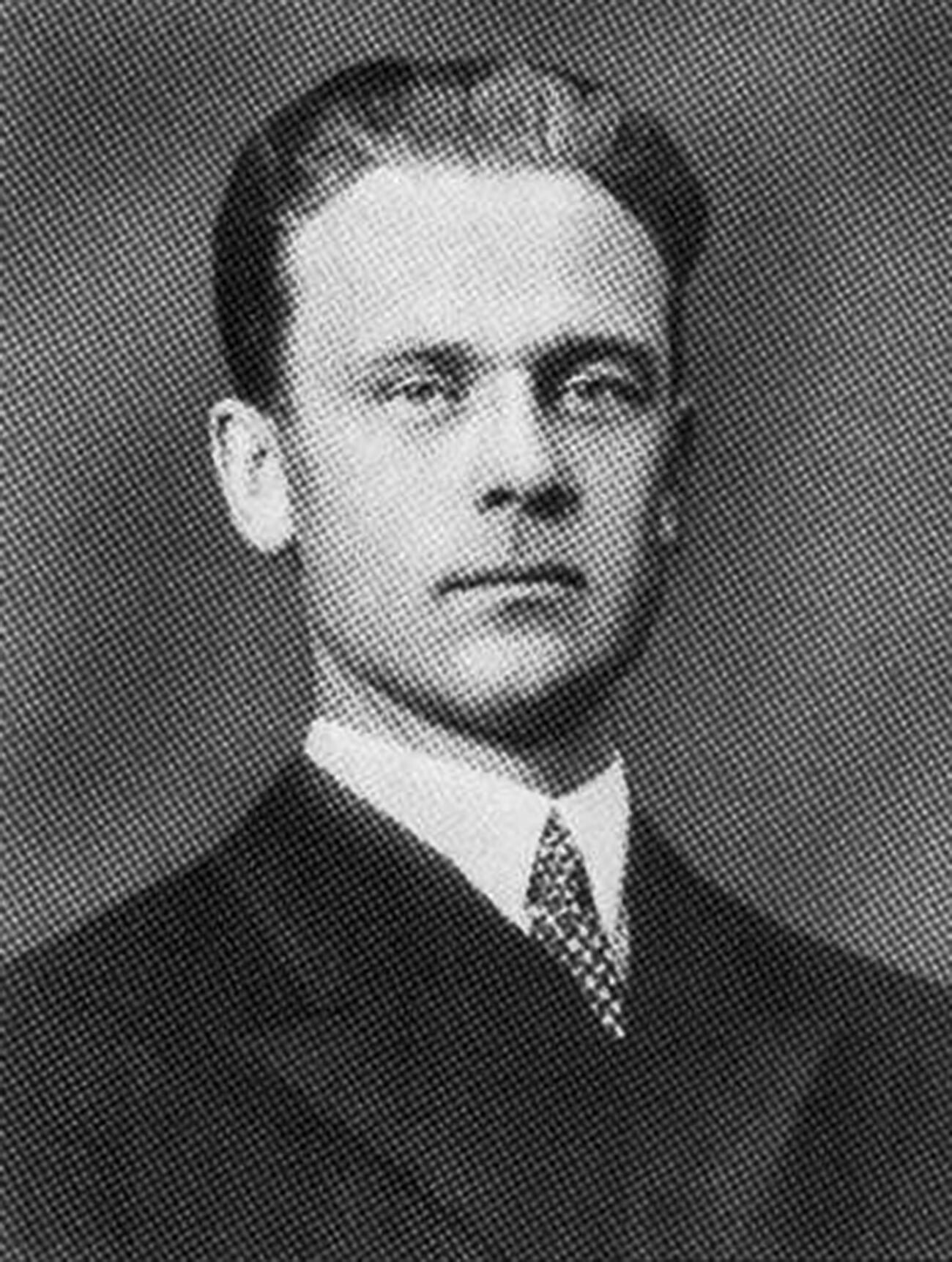 The same year, Fisher was involved in a disinformation operation called ‘Monastyr’ (“Monastery”), where he was in charge of the technical part and taught an agent named Alexander Demyanov to work with the radio. Demyanov played the role of a defector and sent the Germans different, wrong information about Soviet troops. In 1944, he took part in the operation ‘Berezino’ (“Sherhorn”). Soviet agents pretended to be a fictional unit of German troops who secretly worked at the back of the Red Army. The Nazi sent them spies for help. The radio “game” was conducted by Fisher, whose careful work never let the enemies discover the truth. The last message from the Berlin base said: “We can’t help you, we put our trust in God’s will.” 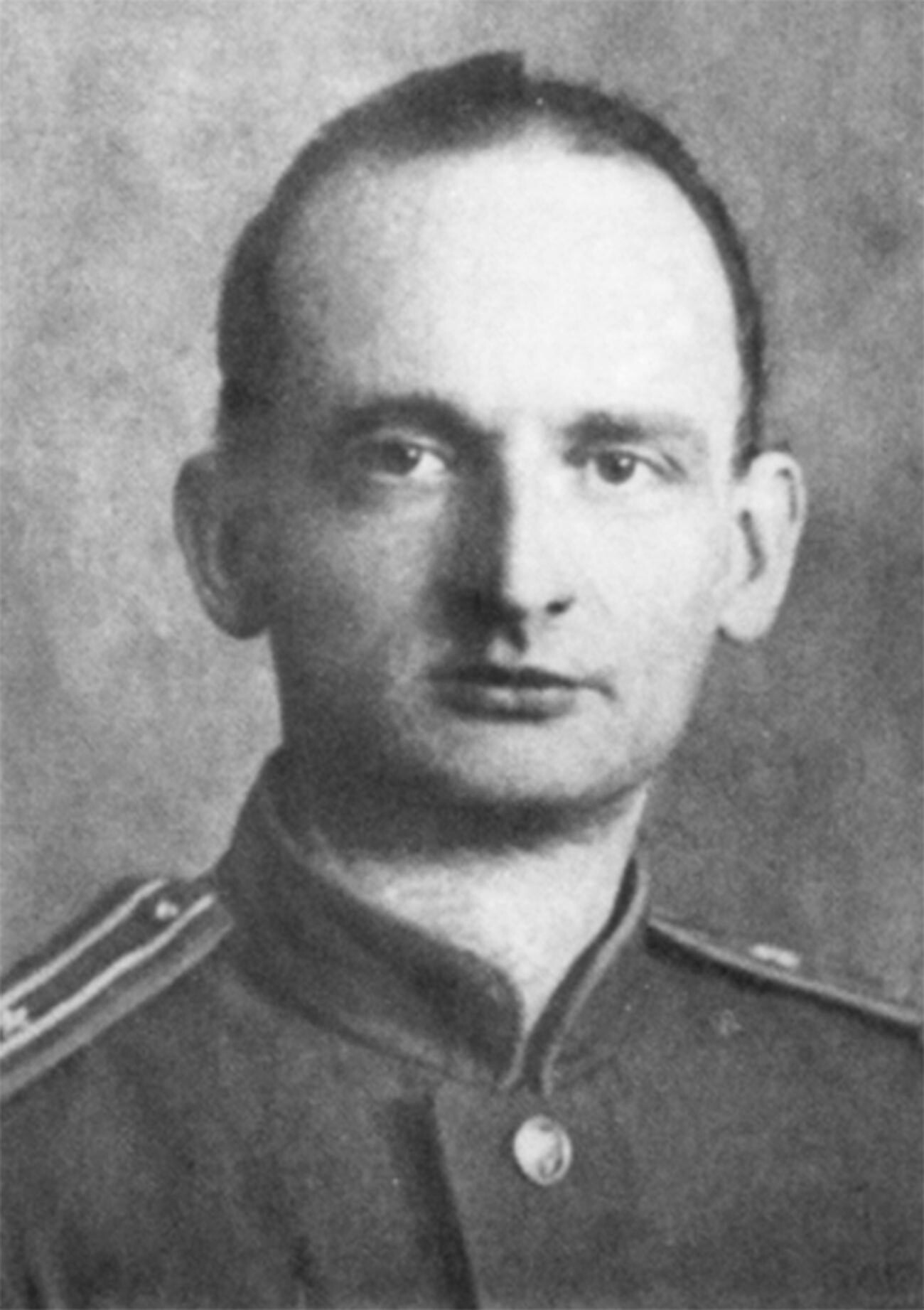 William Fisher during the WWII.

After World War II, Fisher was sent to the U.S. as a deep-cover agent with the codename ‘Mark’. He was completely prepared for any difficult mission: he had profound knowledge in chemistry, physics, painting, photography and could even work as an electrician. He came to the U.S. under the guise of a Lithuanian refugee named Andrew Kayotis and then lived in Brooklyn as a painter named Emile Goldfus, who ran a photo studio. There, he worked for a while with agents Lona and Morris Cohen, who described him as a “highly cultured and spiritually rich person”. Fisher organized two agent networks in California and on the Eastern coast of the U.S. He also sent different important information to Moscow, for example about the foundation of the CIA, sending American troops to Europe and the atomic bombing of Soviet cities in case a war with the USSR started.

Fisher’s liaison person with Moscow was Yuri Sokolov (‘Klod’). He recalled that Fisher’s information economized the USSR “2-3 years of work in secret laboratories and 18-20 million rubles (approx. $252,000-280,000)”. Sokolov remembered he was very careful getting ready for his first meeting with Fisher - he understood Mark was a great agent and did everything he could not to compromise him. Klod checked all the possible angles, approached Fisher and dropped something “accidentally” on the ground to stop next to Mark and to speak to him silently. When they found a safe place to talk properly, Fisher hugged Sokolov - by that time, he hadn’t seen fellow agents for a year. 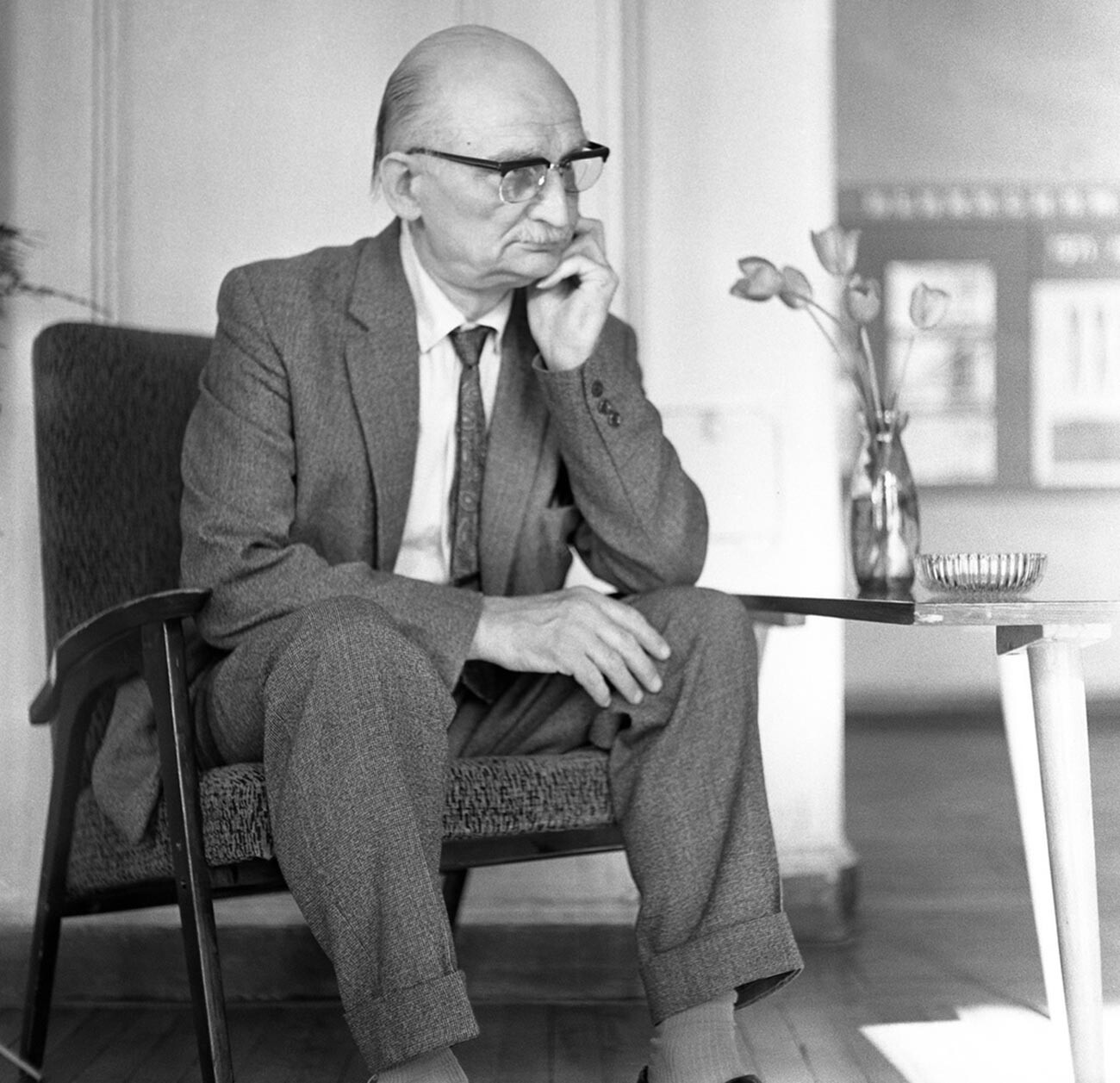 In 1955, Fisher returned to the USSR for a while to bid a final farewell to Rudolf Abel, who had suddenly died of a heart attack. When he resumed the mission, Moscow changed his liaison person. However, the agent who had to come to Fisher was killed in a shipwreck. Sokolov remembered that Fisher “knew him and mourned [him] very much, bitterly”. So, Moscow sent another liaison person. His name was Reino Häyhänen with the codename ‘Vik’, who had a bad reputation and severe alcohol problems. 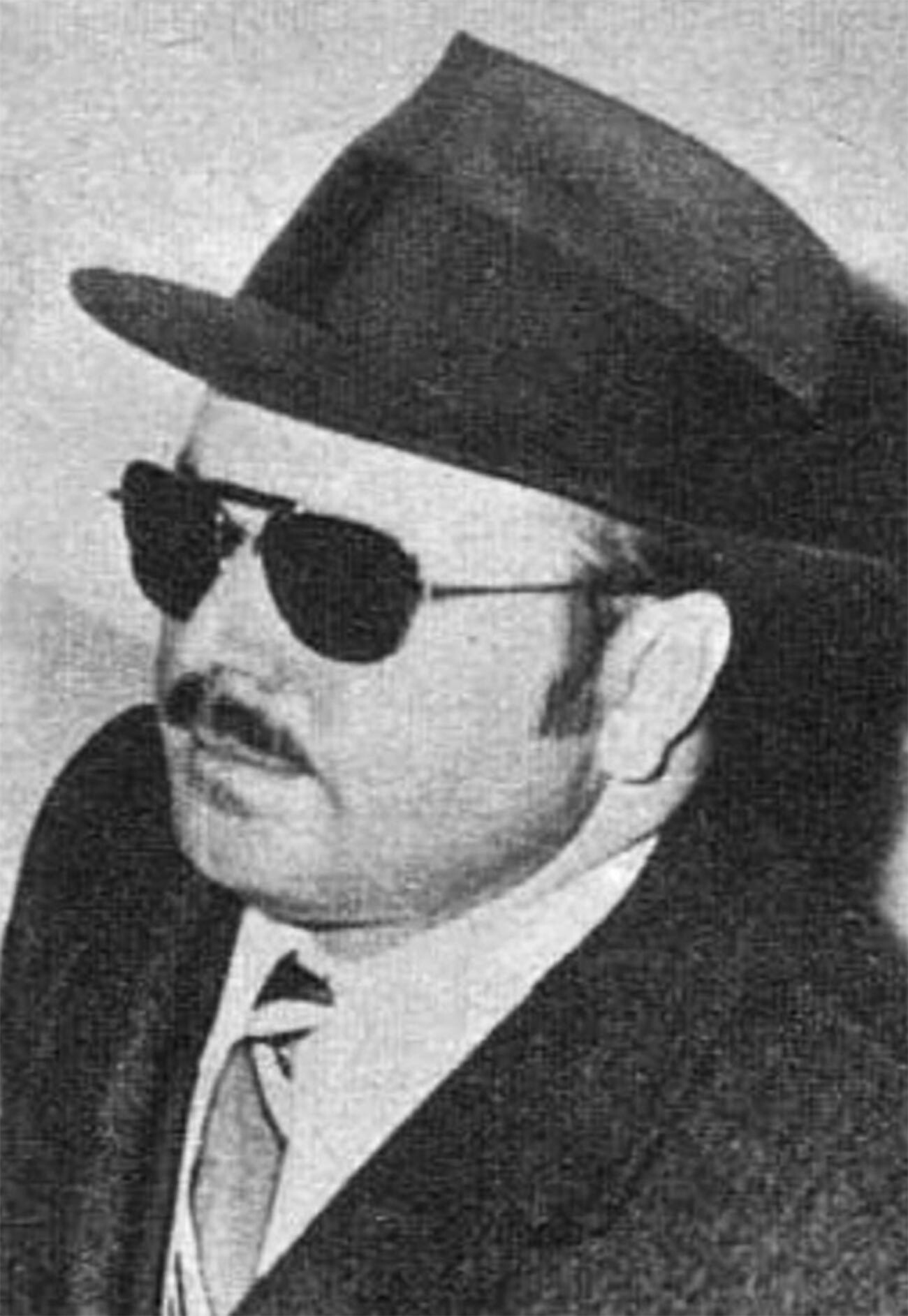 Fisher understood Häyhänen was unreliable. In May 1957, Moscow recalled Vik to the USSR to get an award, but it was actually a ruse to get him to return and be dismissed. Häyhänen understood everything, flew to Paris, went to the U.S. embassy and disclosed everything he knew about Fisher. The careful agent chose not to escape, but to destroy the important documents - and was arrested in a hotel room which he was using for radio communication sessions. He couldn’t burn the personal letters from his wife and daughter, written in Russian. They were later read aloud in court, making people feel more sympathetic to Fisher than to Häyhänen. 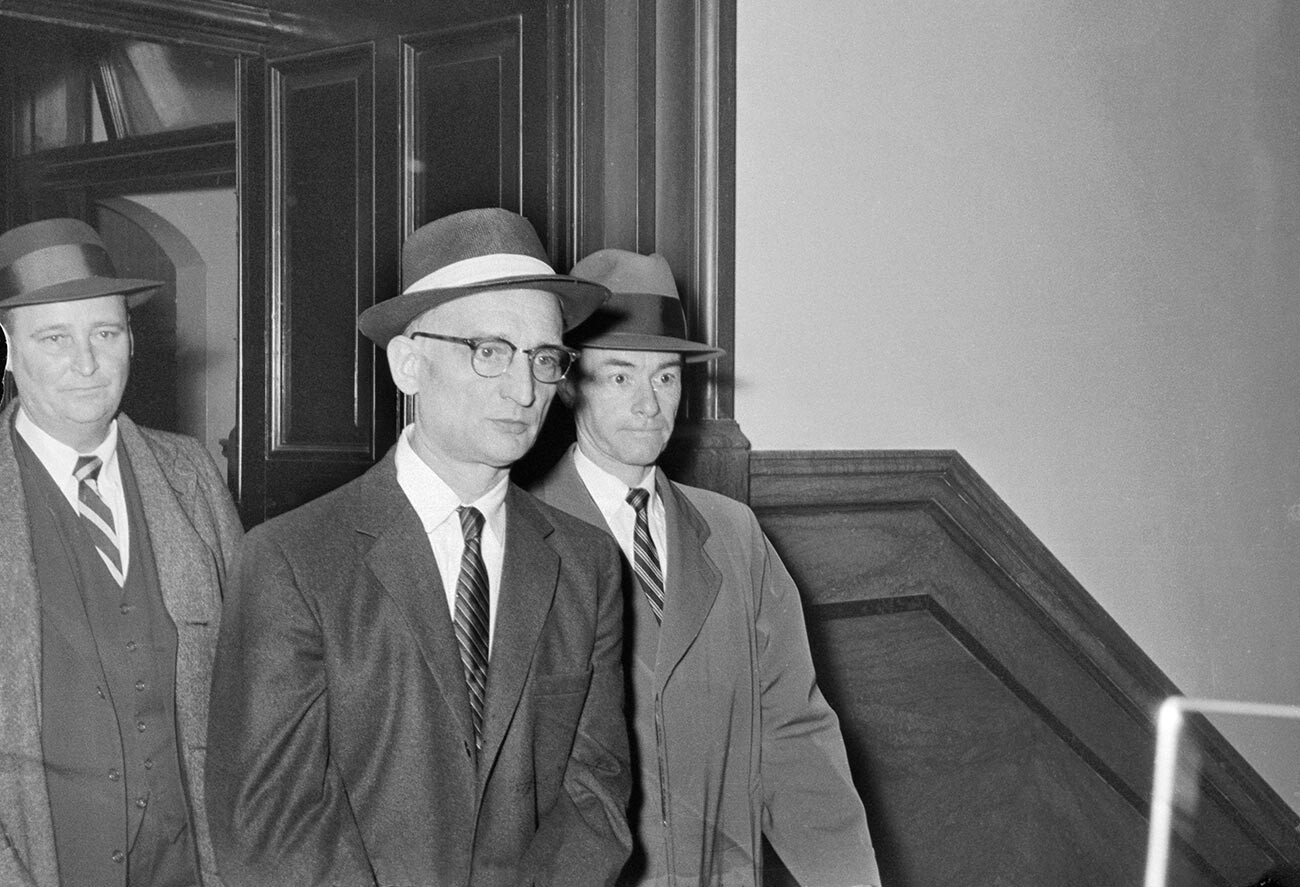 Soviet spy Rudolph Abel (left) leaves Federal Court here after being sentenced to 30 years in prison and fined $3,000 for conspiring to spy against the U.S.

Fisher rejected the requests to work for the U.S. Government and didn’t give the Americans any information about him and his work. He introduced himself as Rudolf Abel. Luckily, he didn’t get a death sentence. In his first letter to his wife, sent from the prison in 1958, he wrote he had been sentenced to 30 years, but was feeling fine practicing mathematics and painting. Miraculously, he only served five years before his exchange for Powers. 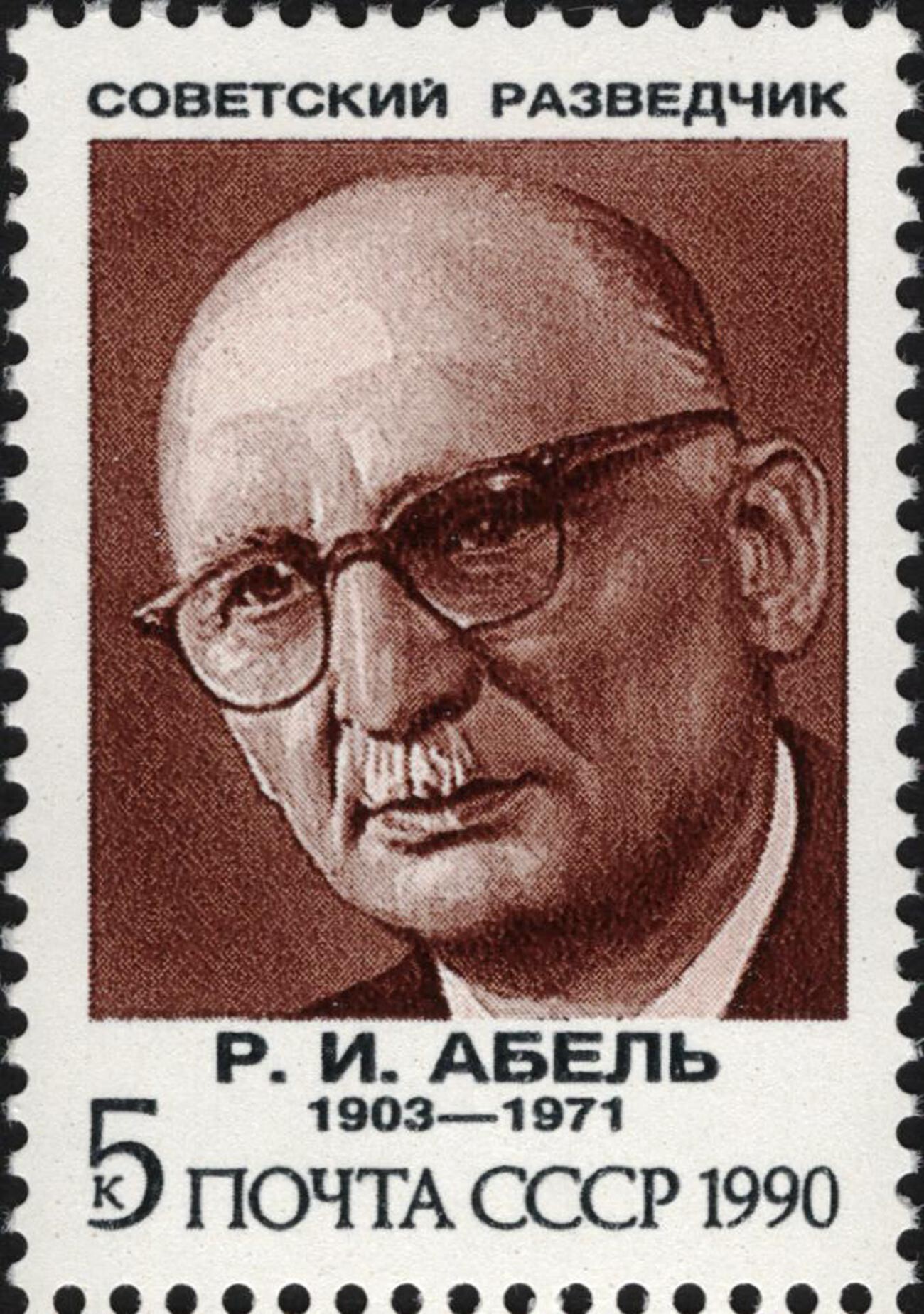