Who is ‘Kuzma’s mother’ and why did Khrushchev want to show her to the U.S.? 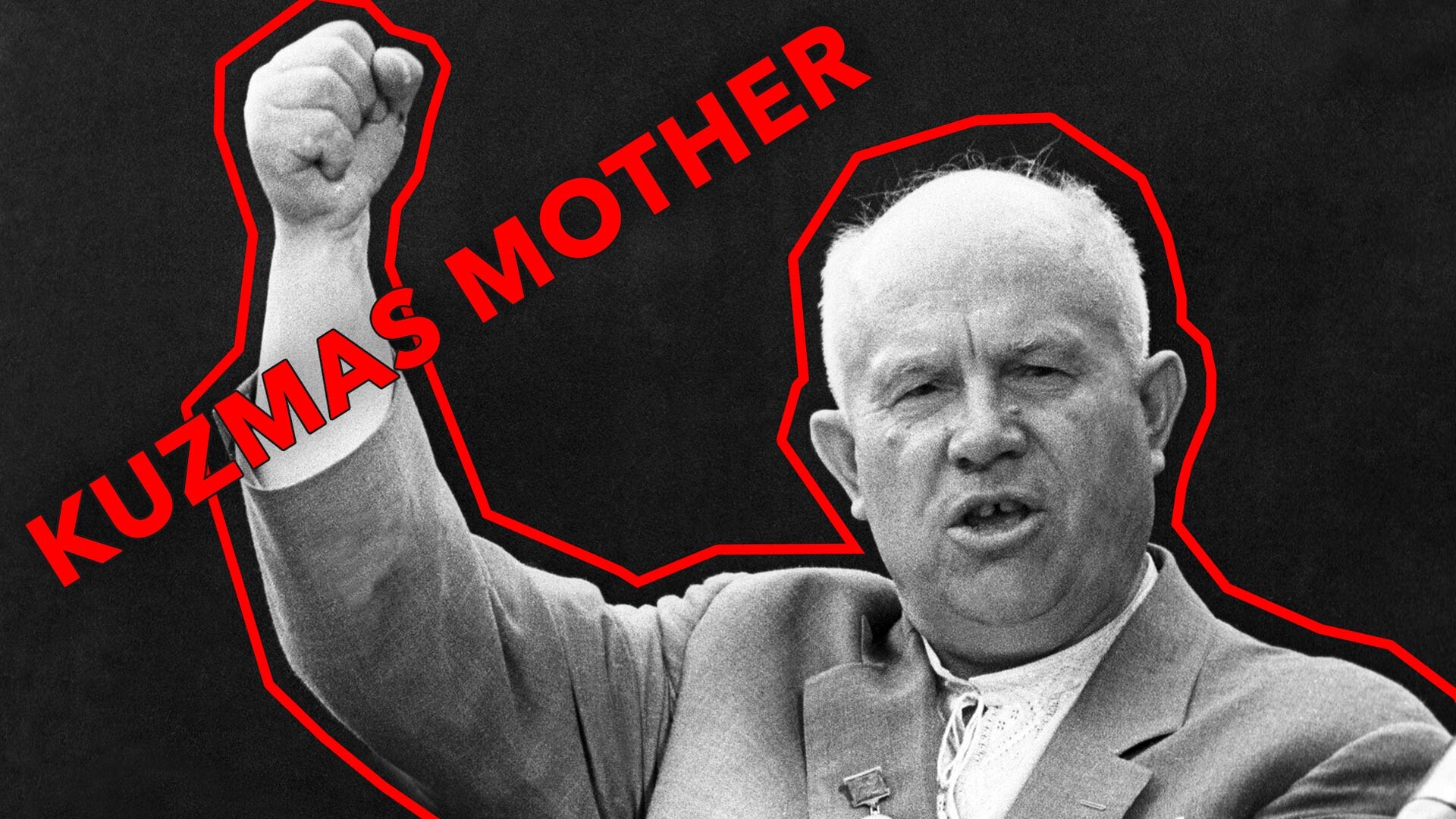 Valentin Sobolev/TASS
This is the true story of how a Russian folk expression became famous around the world and threw the U.S. government into much confusion.

"We will show you ‘Kuzma's mother’," Nikita Khrushchev told Richard Nixon in 1959, shocking everyone around the world, with interpreters first among them.

In fact, this is a old Russian folk idiom: “Показать кузькину мать” (Pokazat kuzkinu mat) means “to teach someone a lesson'', or “to punish someone in a brutal way”. There is also a synonymous expression that literally sounds like “To show where crayfish hibernate”.

In folklore, Kuzma (or Kuzka, which is quite the same) is considered to be an angry and pugnacious guy. At the same time, peasants used the name kuzka to refer to beetles (Anisoplia austriaca), which eat and destroy crops. The ‘mother’ of this kuzka is considered to be something even more nasty. So it’s a very serious matter if you threaten someone with ‘kuzka’s mother’.

Why did Krushchev say it?

Now, let’s get to our main story, and explain why ‘kuzka’s mother’ has gone down in history. But first, some background. In 1959, U.S. vice president Nixon visited the USSR; his goal was to negotiate Khrushchev’s forthcoming visit to the U.S. The Soviet leader invited Nixon to the U.S. Trade and Cultural Fair that was on show in Sokolniki Park.

Walking around, Khrushchev and Nixon discussed the American kitchen and household appliances. Nixon was proud about the latest U.S. innovation - the dishwasher. Khrushchev was not very happy about this ‘luxury’ item. He insisted that Soviet industry is about essential products. He asked sarcastically if Americans had a machine ‘to put food in one’s mouth and push it through’. 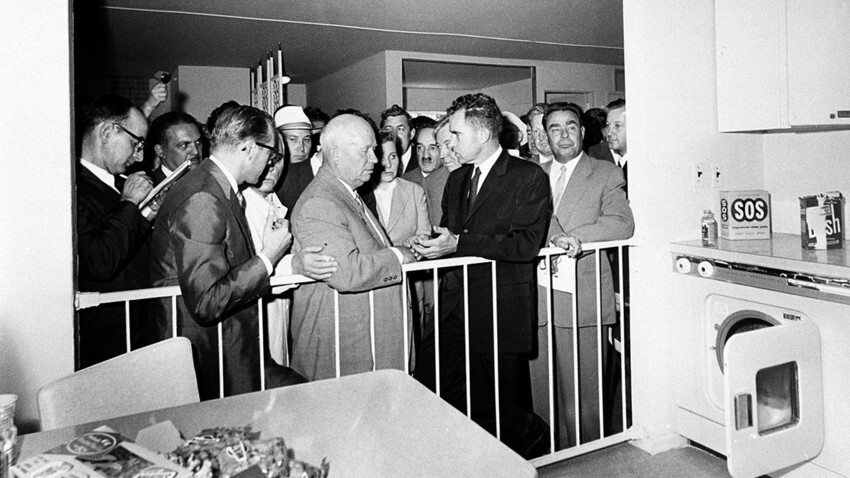 Nikita Khrushchev, the leader of the USSR, talking to the U.S. Vice-President Richard Nixon, 1959

Khrushchev and Nixon also discussed the conditions that people live in - private houses or apartment buildings… (Khrushchevka revolutionized the Soviet people's way of living, remember?) The Soviet leader for sure wanted to win this unspoken competition with the U.S. So, he suddenly said that we (meaning the Soviets) will “show you Kuzma’s mother”.

It’s hard to imagine a situation more complicated for an interpreter. How to translate it and not to cause an international scandal? According to one version, an interpreter translated it literally as "mother of Kuzma". Confused, Nixon (and the rest of the world) could only guess who this ‘woman’ was.

However, the interpreter, Yury Lepanov, insists that he properly translated it to Nixon as “to show what’s what”.

What did Khrushchev mean?

Later, during his visit to the U.S., Khrushchev again used this phrase. He was driven around Los Angeles, accompanied by the U.S. Ambassador to the UN, Henry Cabot Lodge. Again, the focus was to observe how ordinary people lived. Seeing the city, tidy lawns and private houses, Khrushchev said: “Yes, of course, everything is arranged neatly, it’s clean, and people are dressed well. But never mind! We will show you ‘Kuzma's mother’…” 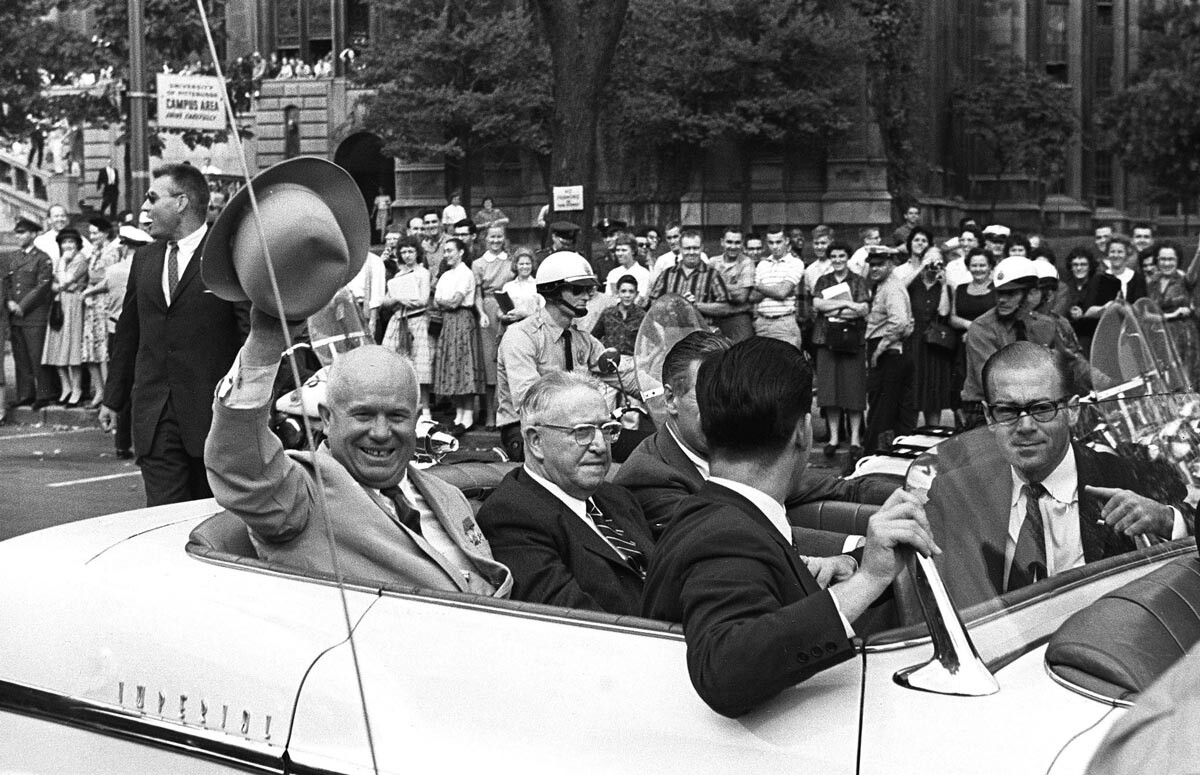 Nikita Khrushchev during his visit to the U.S., 1959

Suddenly, Khrushchev turned to his own interpreter, Viktor Sukhodrev, and explained: “When I was at the exhibition with Nixon, it [the phrase] was translated incorrectly. It’s very simple: ‘We’ll show you something you’ve never seen’.”

“I froze for a moment: I had never seen this interpretation of the expression in any dictionary,” said Sukhodrev. Khrushchev had simply invented a new meaning for the famous folk phrase. But what he meant is that the U.S. would be surprised to see what the Soviets had invented! 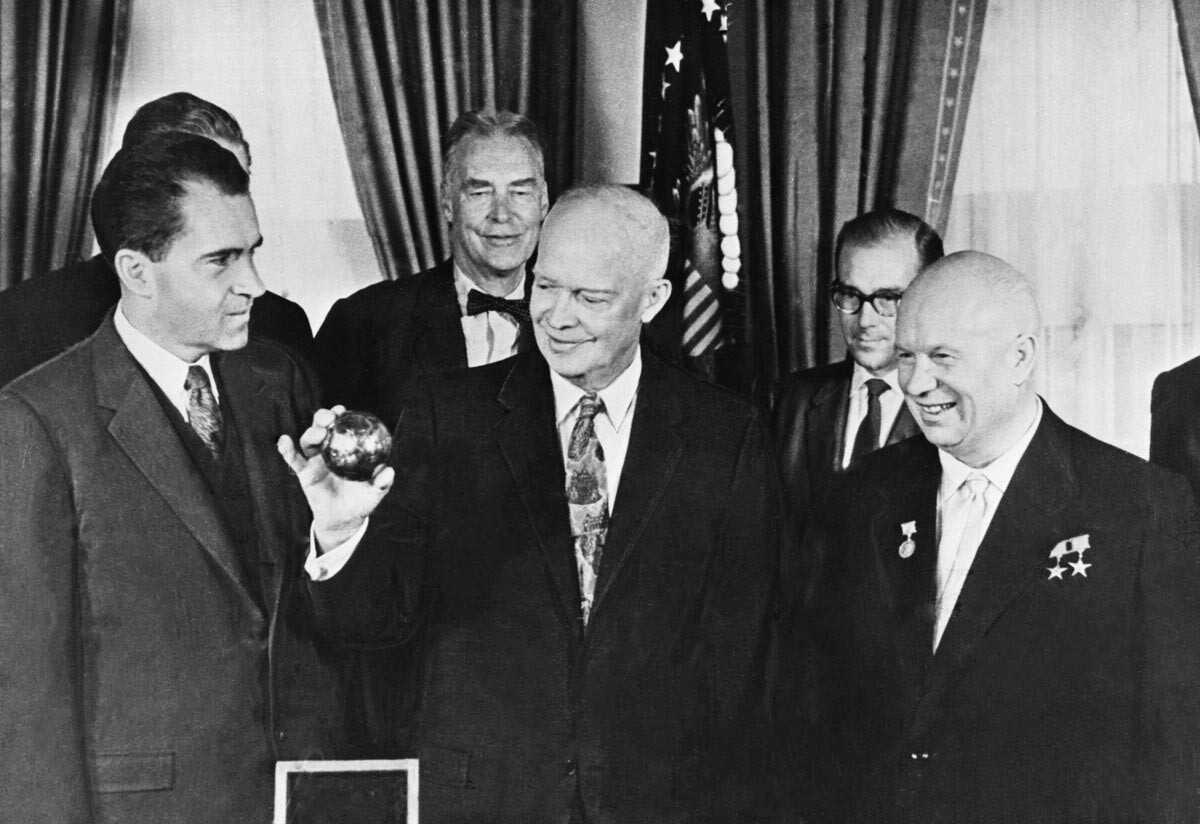 The phrase, however, became a Cold War meme (alongside Khrushchev's mythical shoe banging at the UN General Assembly, which we debunk here). And Soviet builders of the thermonuclear Tsar Bomba, AN602, also nicknamed it “Kuzma's mother”. But already in the true meaning of this idiom.